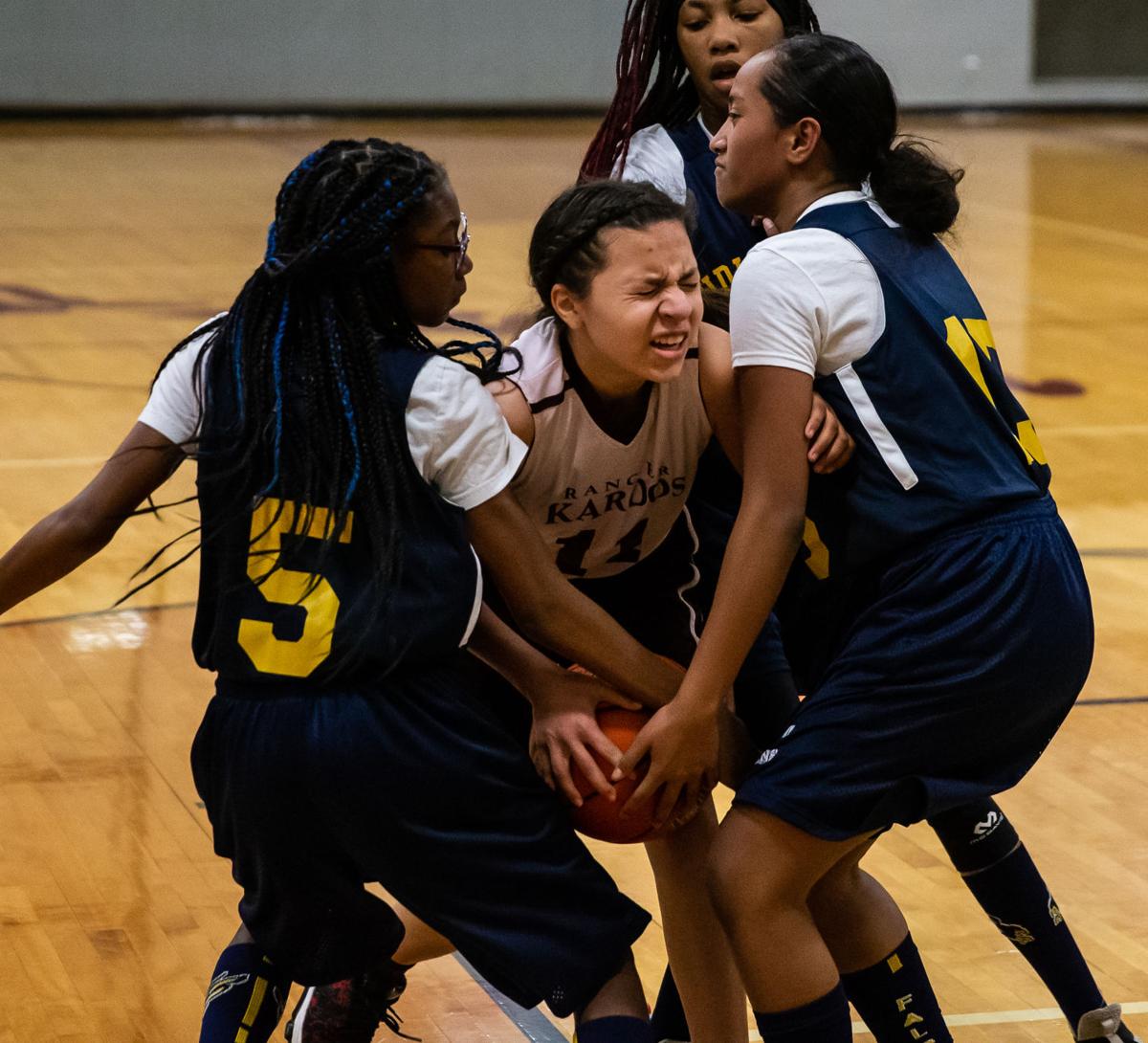 Rancier’s Jazmin Arange (11) is tied up by Audie Murphy’s Imani Segrest (5) and Sariah Kaipa during a seventh-grade game at Rancier Middle School on Jan. 13. 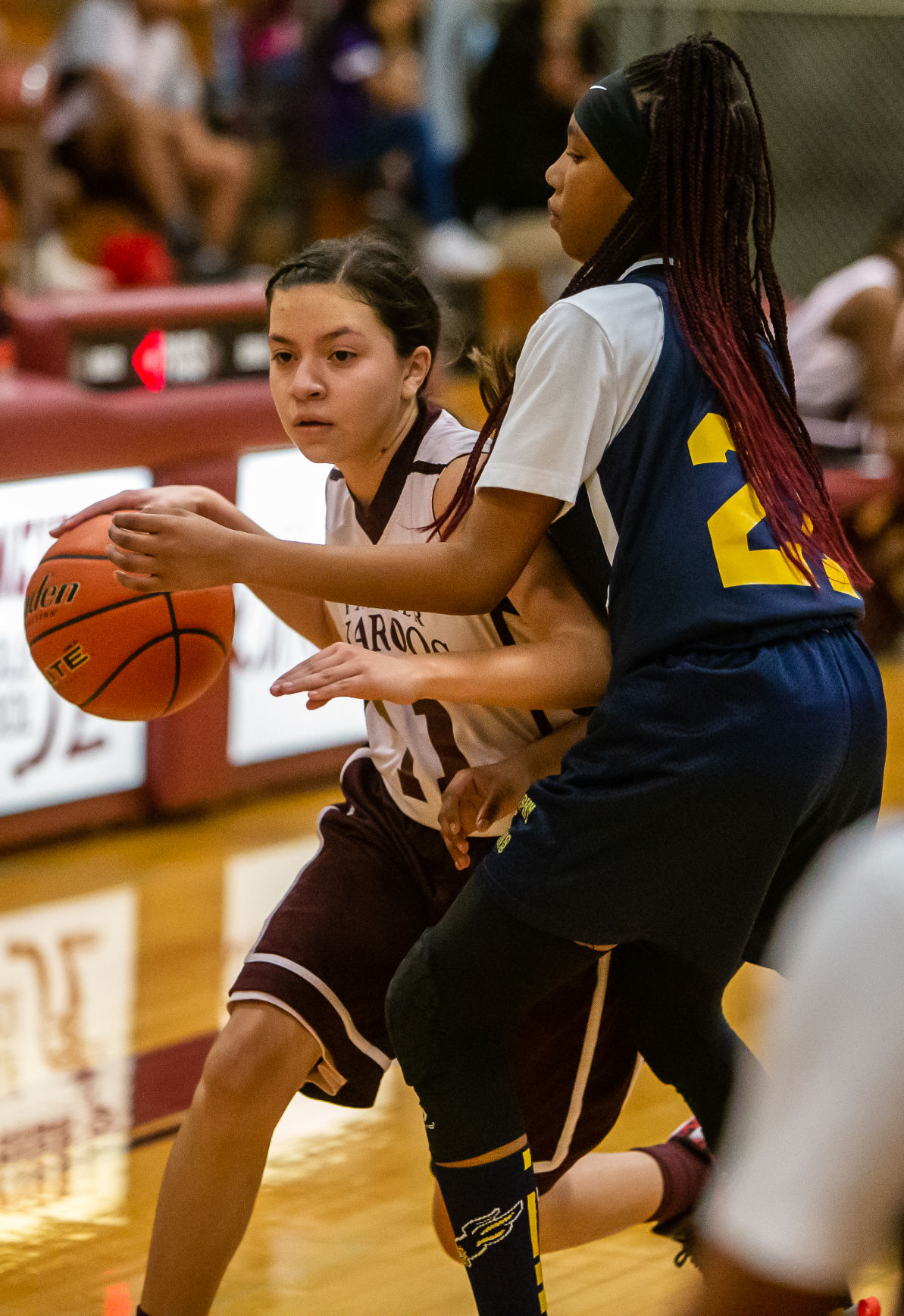 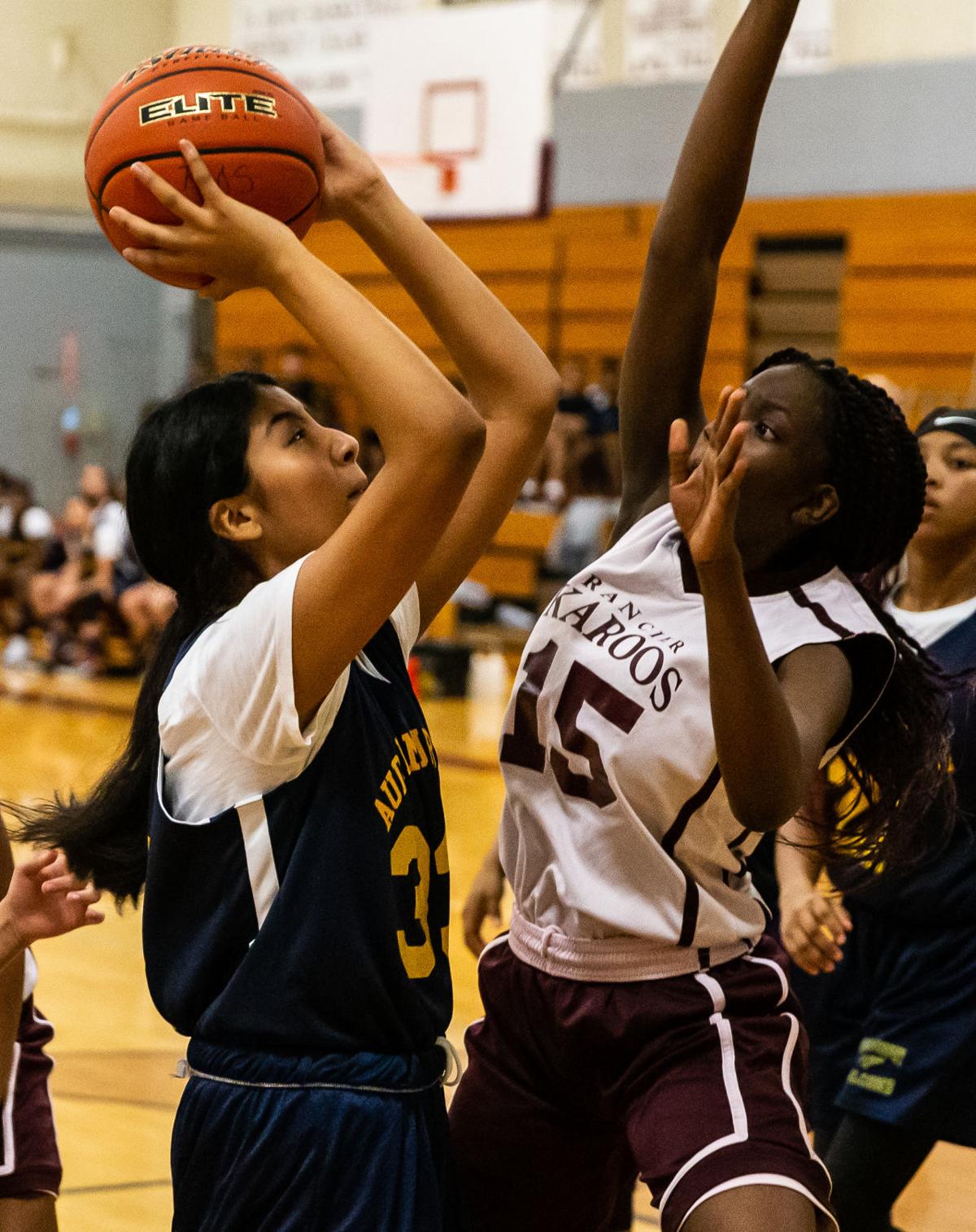 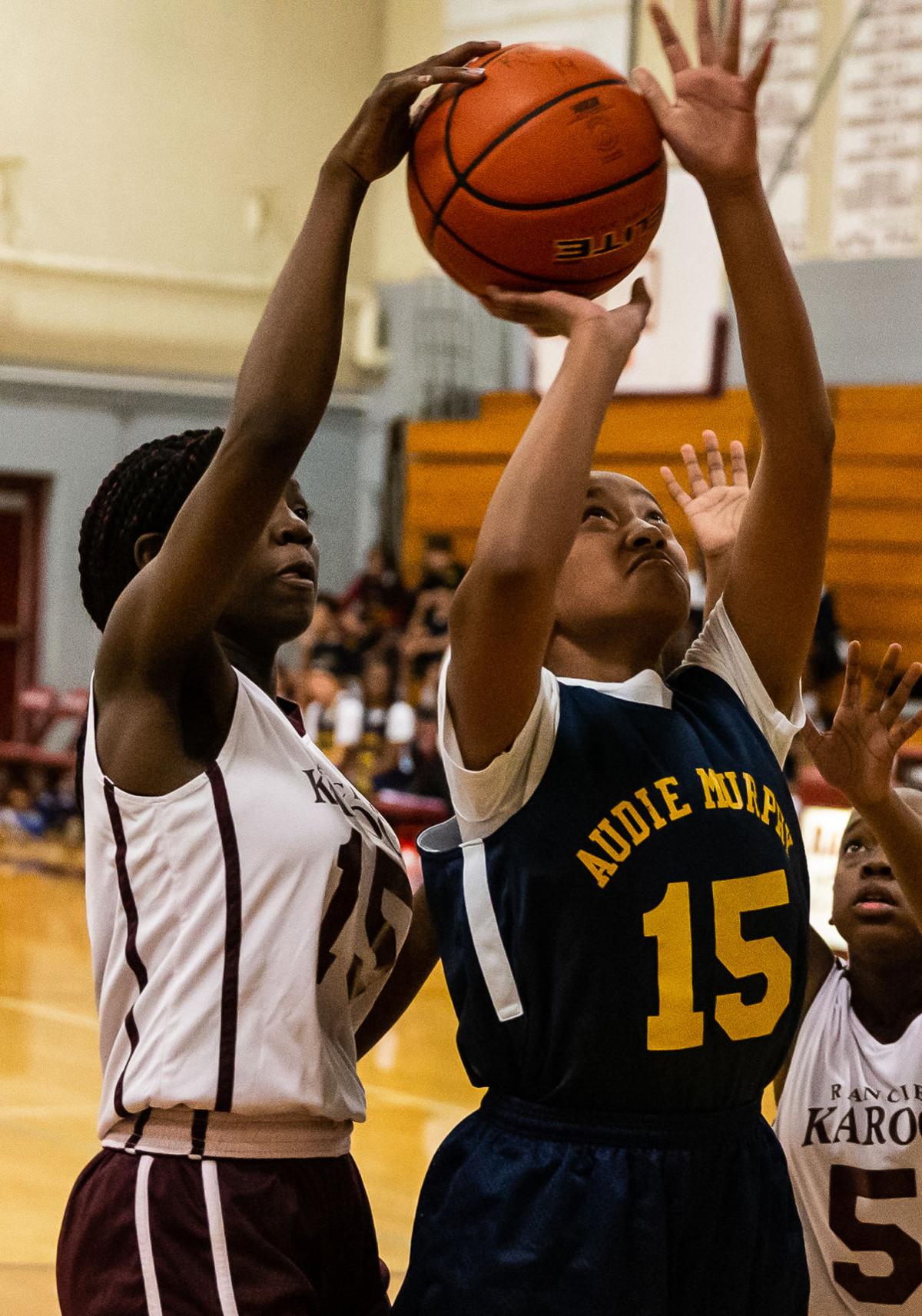 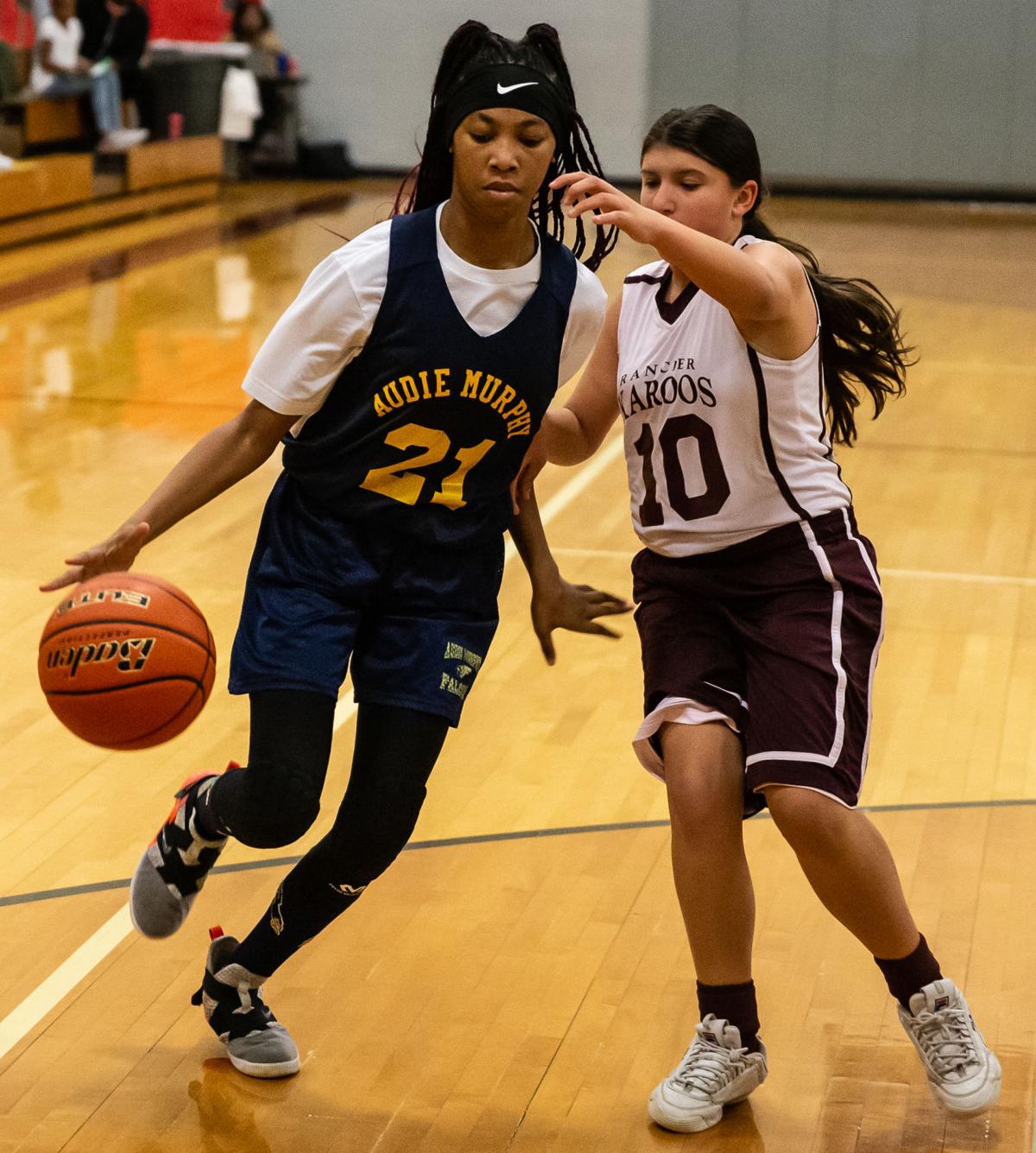 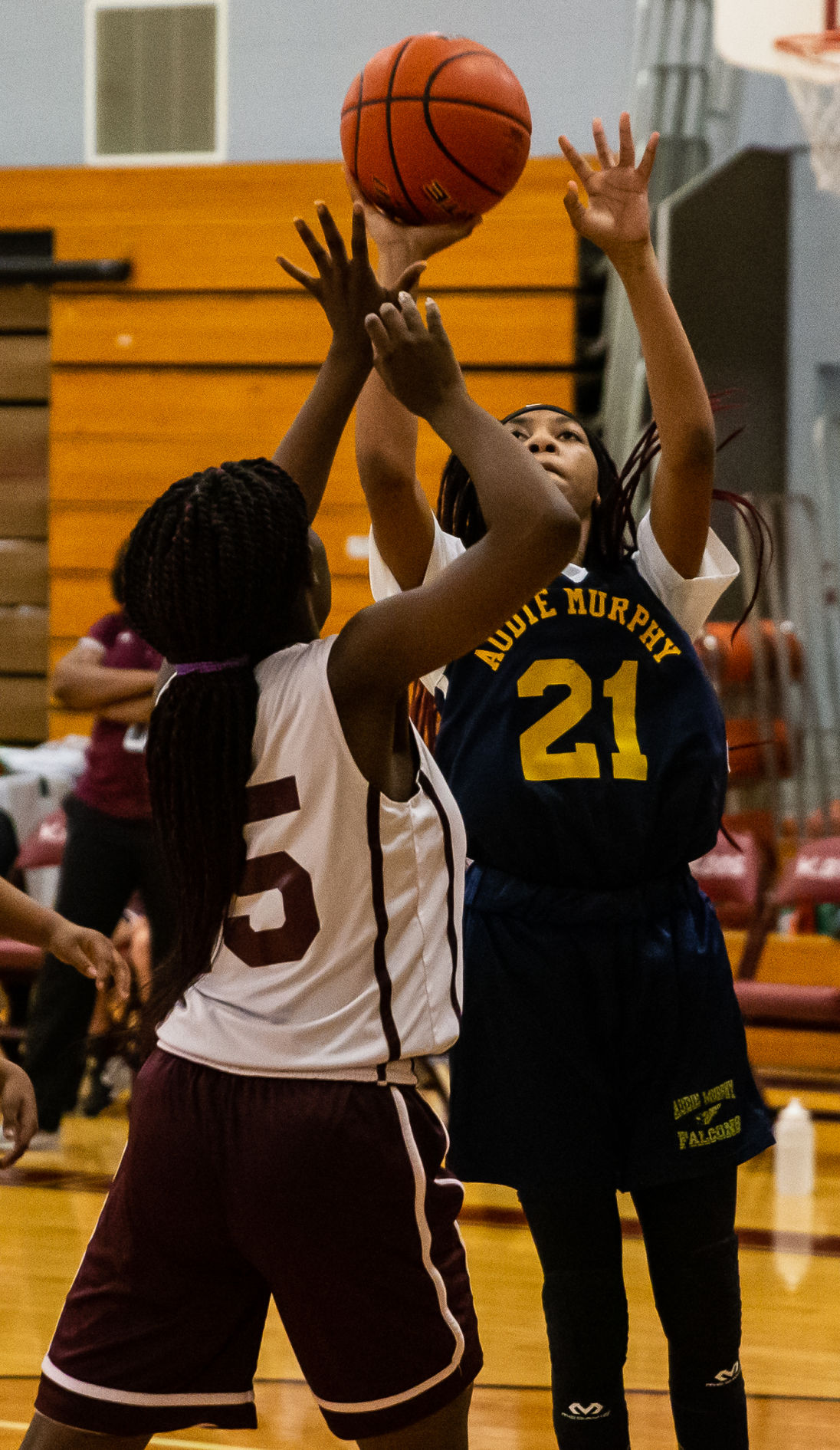 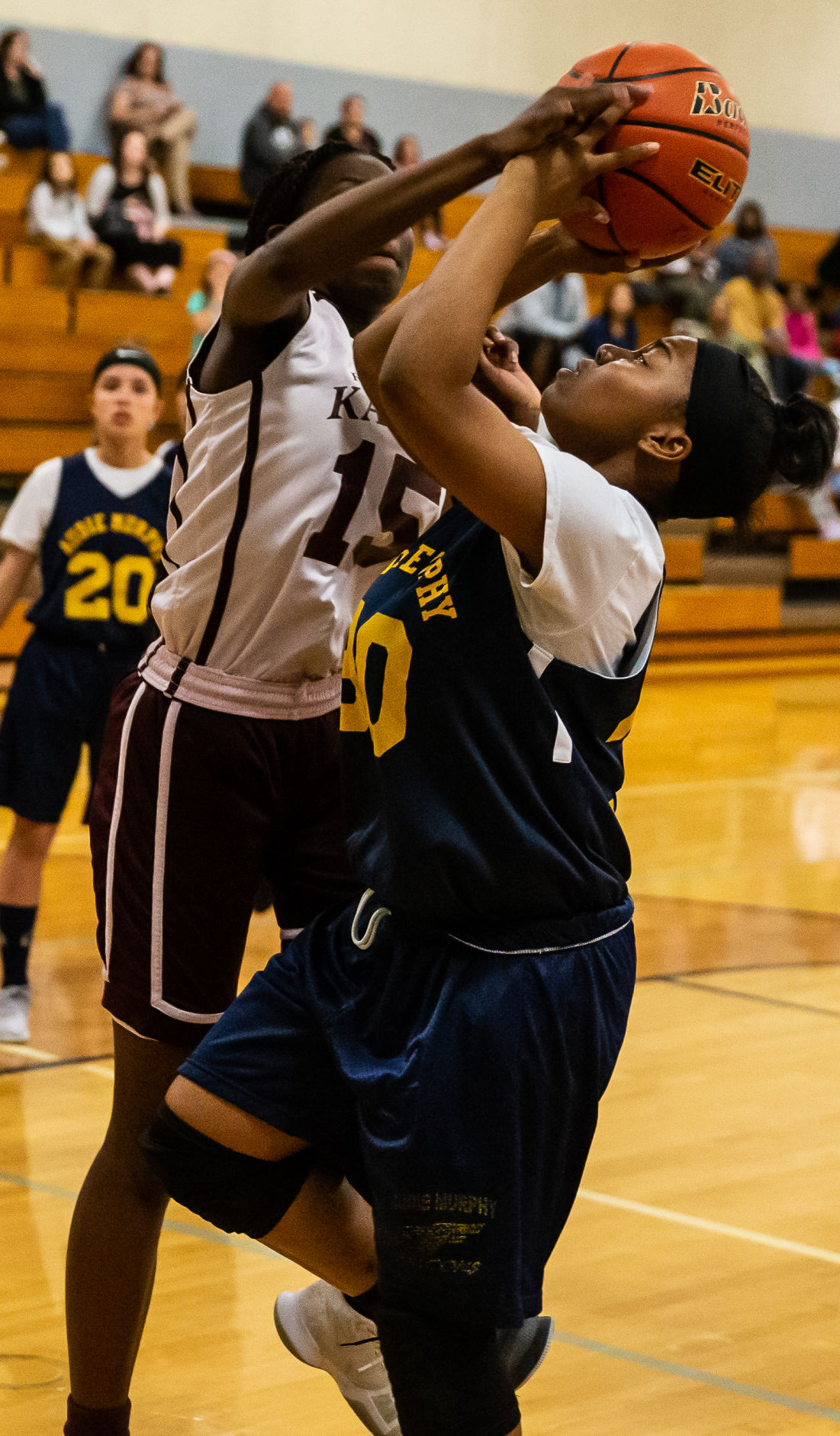 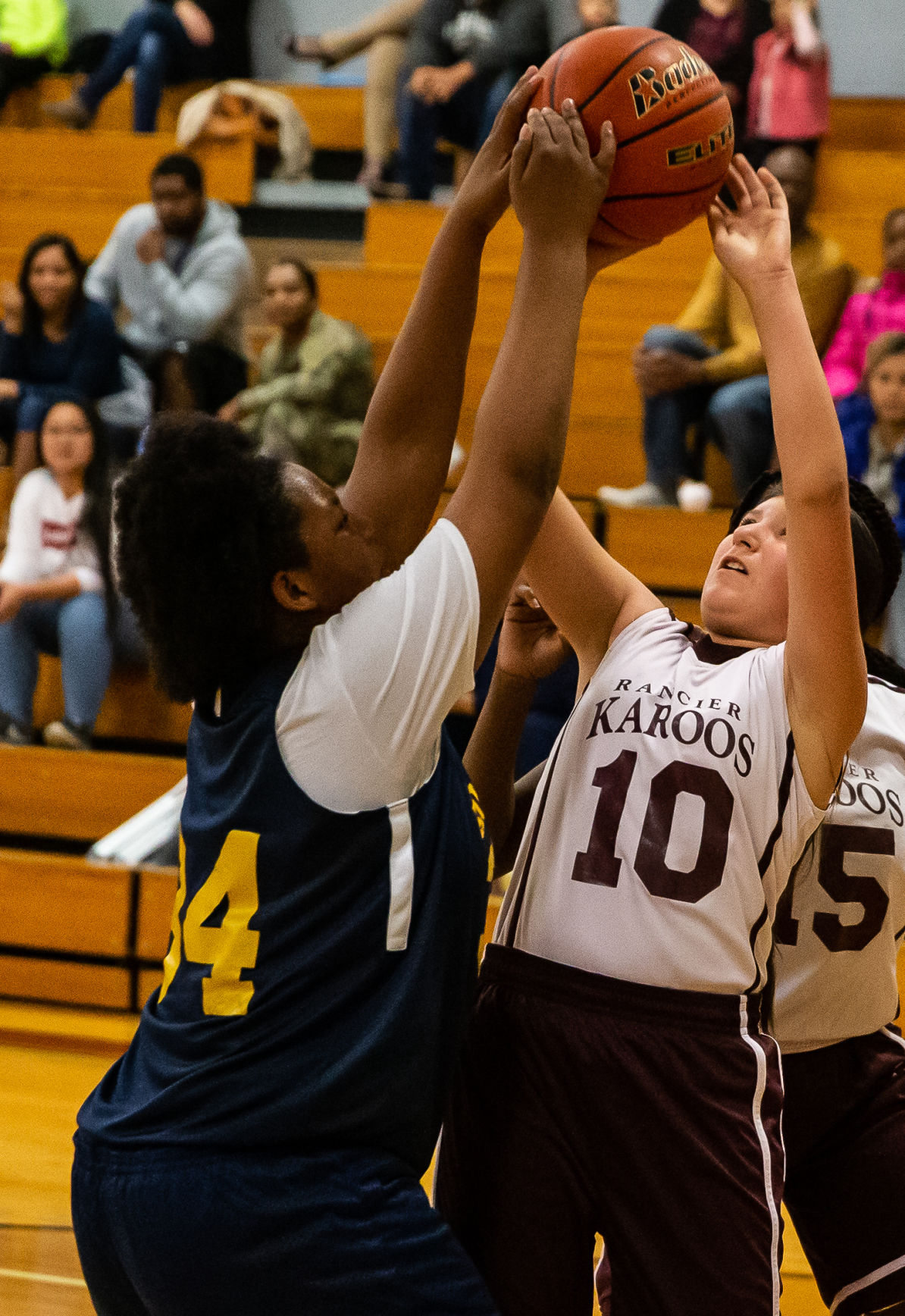 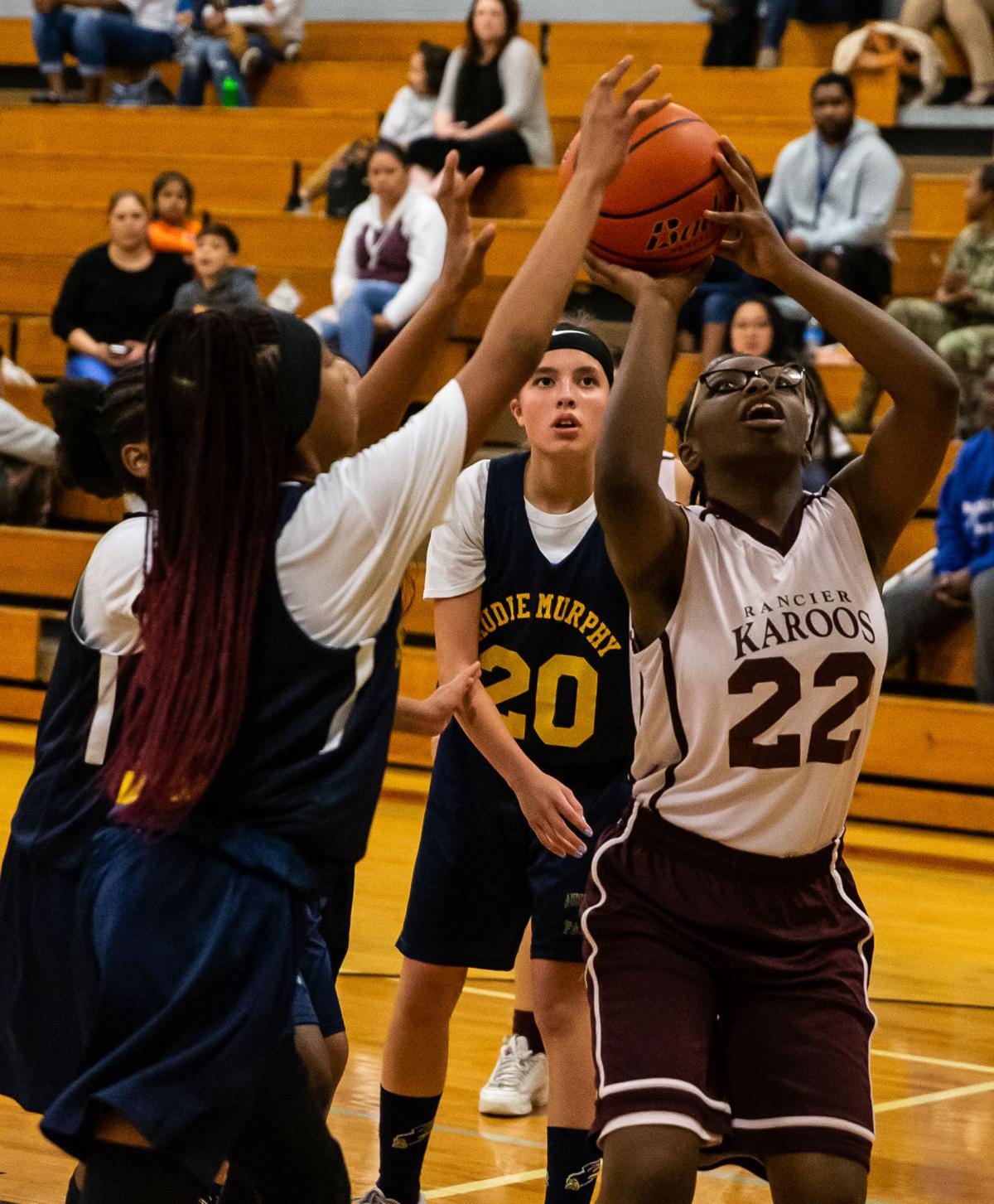 Rancier’s Sumya Lawrence (22) shoots with three Audie Murphy defenders around her during a seventh-grade game Jan. 13 at Rancier Middle School.

Rancier’s Jazmin Arange (11) is tied up by Audie Murphy’s Imani Segrest (5) and Sariah Kaipa during a seventh-grade game at Rancier Middle School on Jan. 13.

Rancier’s Sumya Lawrence (22) shoots with three Audie Murphy defenders around her during a seventh-grade game Jan. 13 at Rancier Middle School.

DaRayvion Starling scored 22 points and the Palo Alto eighth-grade A-team Patriots defeated South Belton 54-30 in the second round of the Killeen ISD Invitational on Thursday.

Issac Lee chipped in 11 points, and Jose Castellanos added seven. Jesus Cosme had great inside game, finishing with six points and a couple of rebounds.

SMITH 8A 58, LAKE BELTON 8A 24: After an 8-8 first-quarter tie, the Leopards pulled away to a second-round victory.

LIBERTY HILL 7A 42, TEMPLE TRAVIS 7A 34: At Liberty Hill, Zy’riyan Evans scored 14 points and the Lions handed unbeaten Travis its first loss in the second round of the tournament.

The Lions trailed 12-8 after one quarter but rallied for a 24-16 halftime lead. Travis pulled within four before Liberty Hill (6-1) closed out its second win in as many nights.

Other scorers for the Lions were Samuel Moore (11 points), Josiah Rollins (seven), Jaden Brown (four) and Antonio Guarjardo and Quentin Moody (two each).

Moore and Evans were defensive standouts.

SMITH 7A 58, LAKE BELTON 7A 12: The Leopards advanced to the championship bracket with their seventh straight win.

LIBERTY HILL 7A 39, NORTH BELTON 7A 8: J’Narri Franklin scored 12 points and the Lions rolled to a first-round victory.

PALO ALTO 8A 50, TEMPLE BONHAM 8A 34: DaRayvion Starling scored 24 points to lead the Patriots to a first-round victory.

UNION GROVE 8A 40, PATTERSON 8A 28: The Grizzlies won and will play Audie Murphy on Wednesday.

SMITH 7A 50, LIBERTY HILL 7A 35: At Smith, Jaquan Gaines, Jojo McIver, Trayvonne Woodley, Nazir Bentley, Jose Barrientos and Isaac Green each contributed as the Leopards beat the unbeaten Lions to move to 5-0.

Smith built a 25-15 halftime lead after outscoring the Lions 19-7 in the second quarter.

Evans and Moore were defensive standouts.

LIBERTY HILL 8A 65, SMITH 8A 42: Isaac Hawthorne led the Leopards with 12 points in a loss to the undefeated Lions.