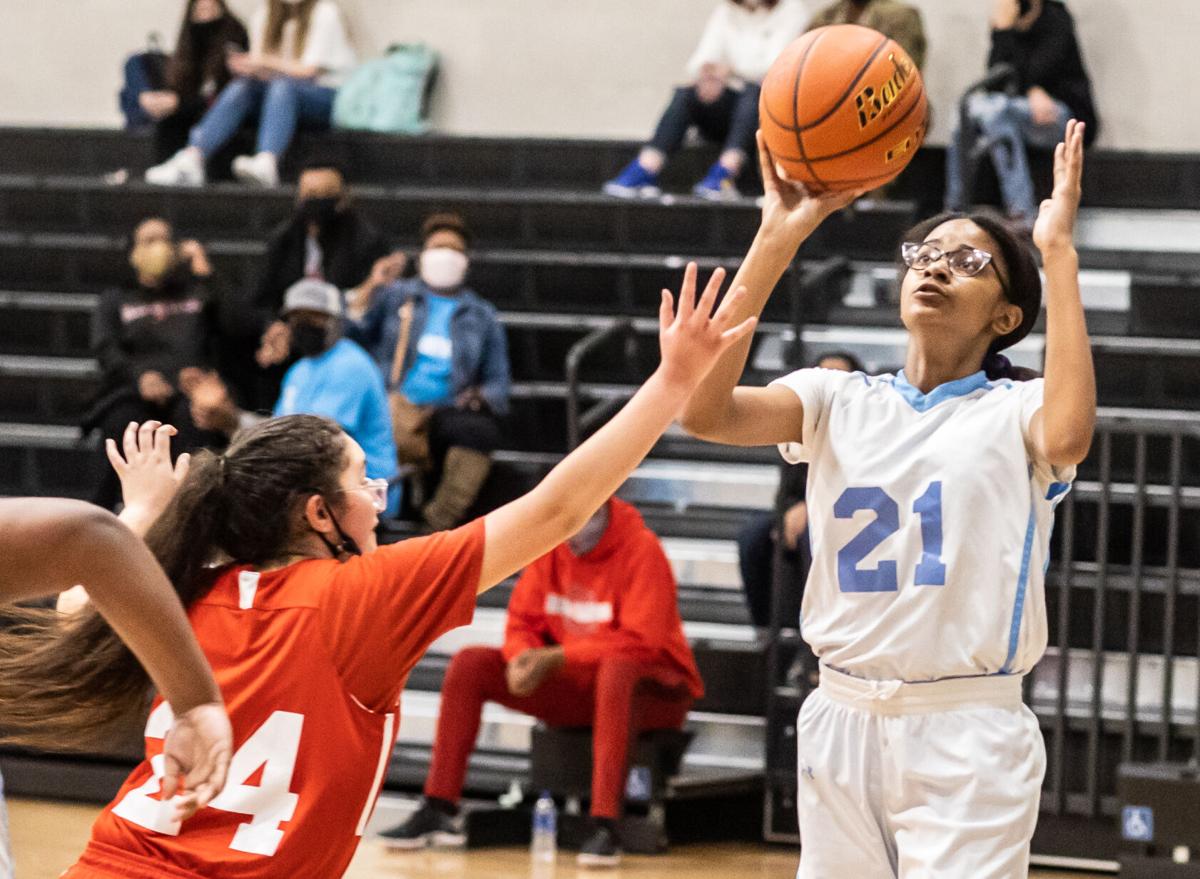 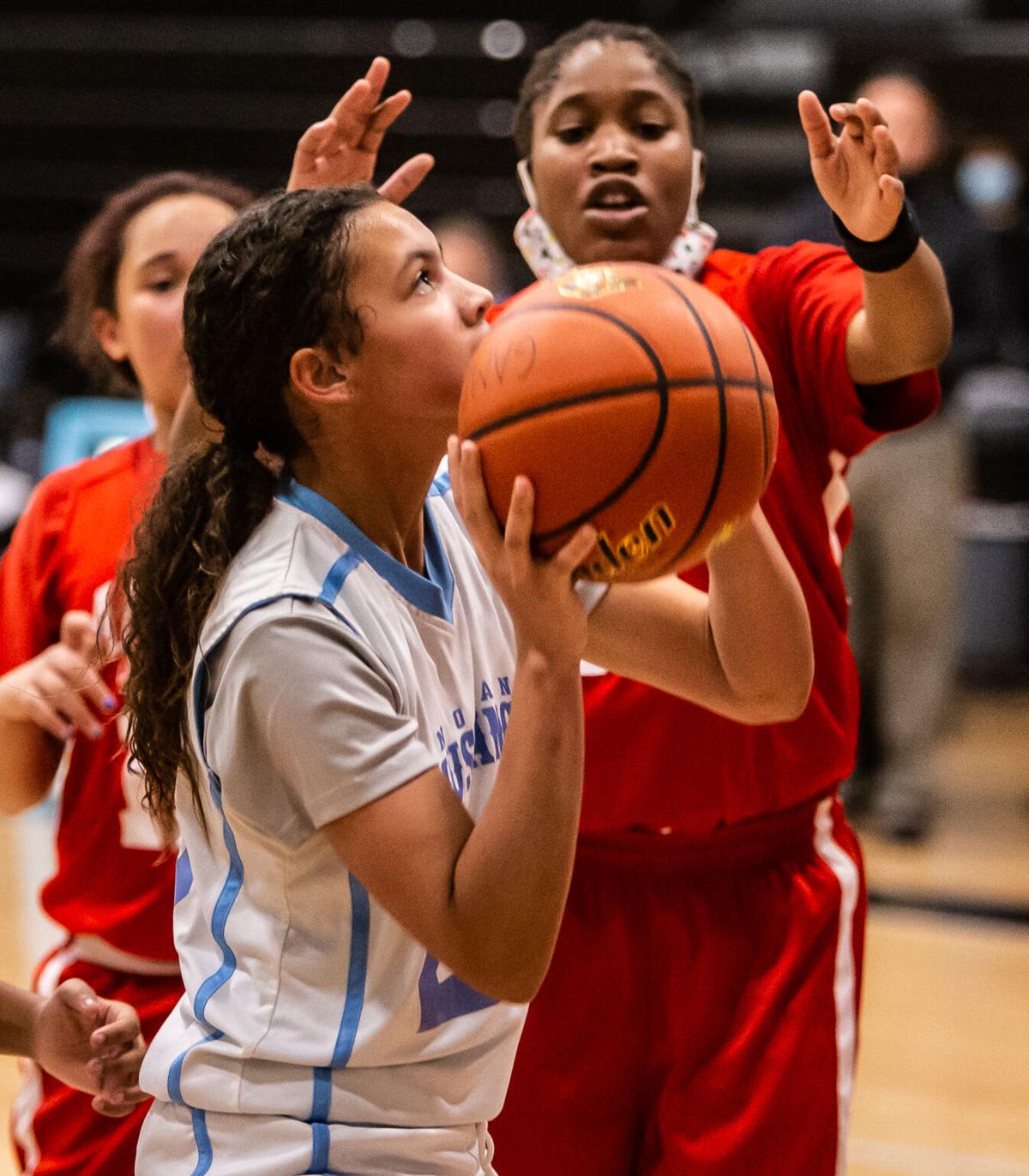 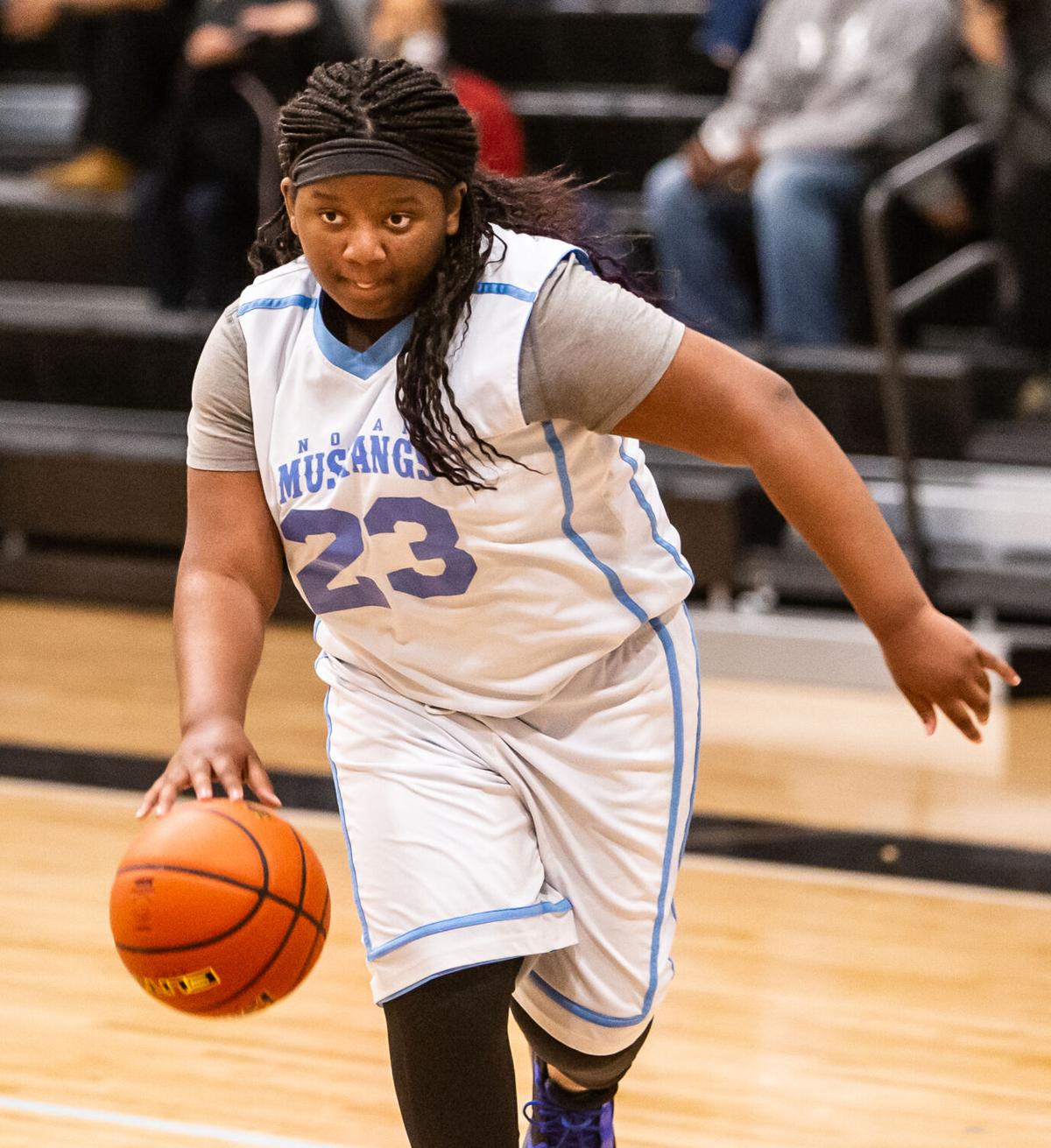 Nolan's Kya Brown drives to the basket against Manor on Wednesday at Nolan Middle School. 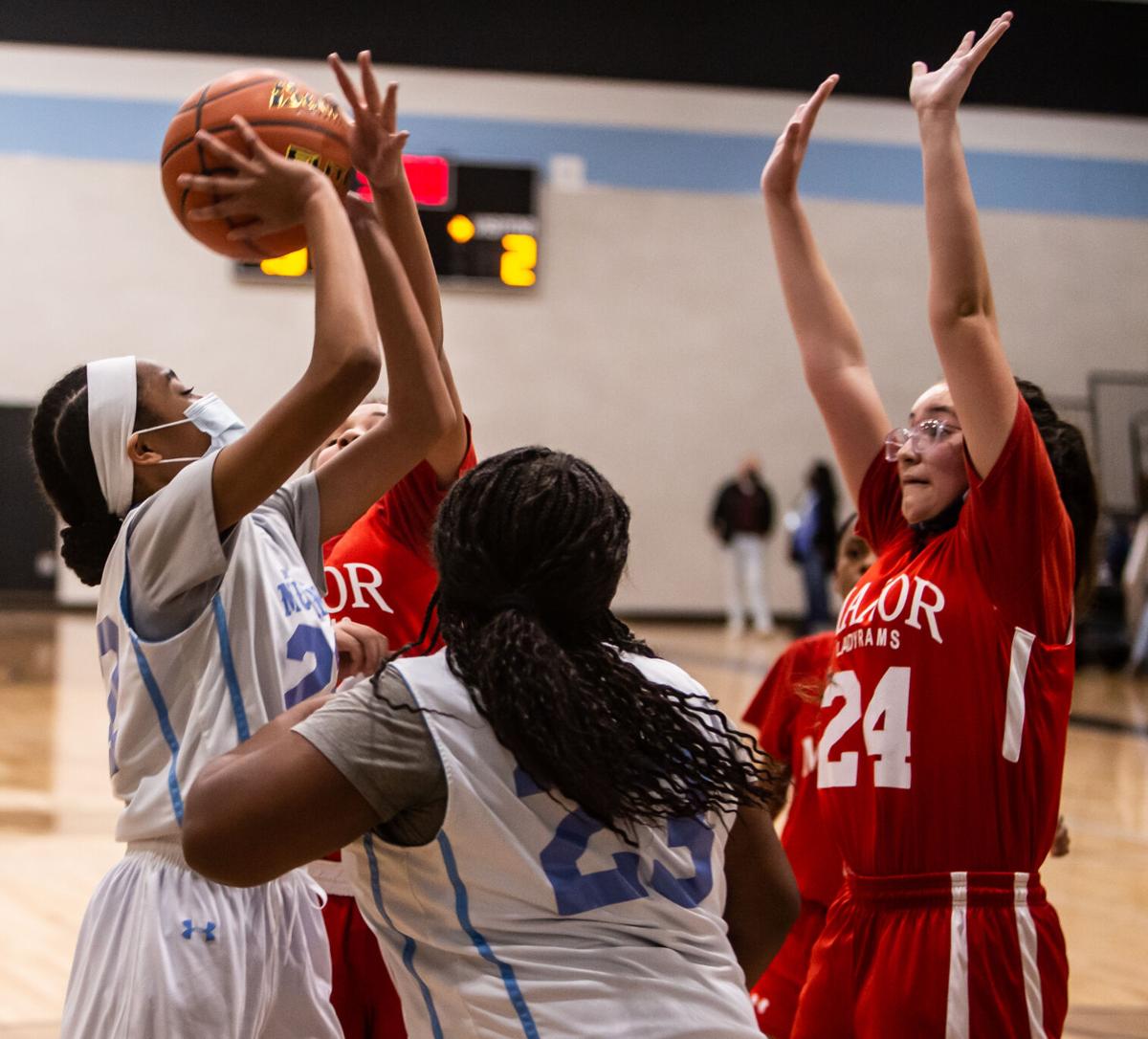 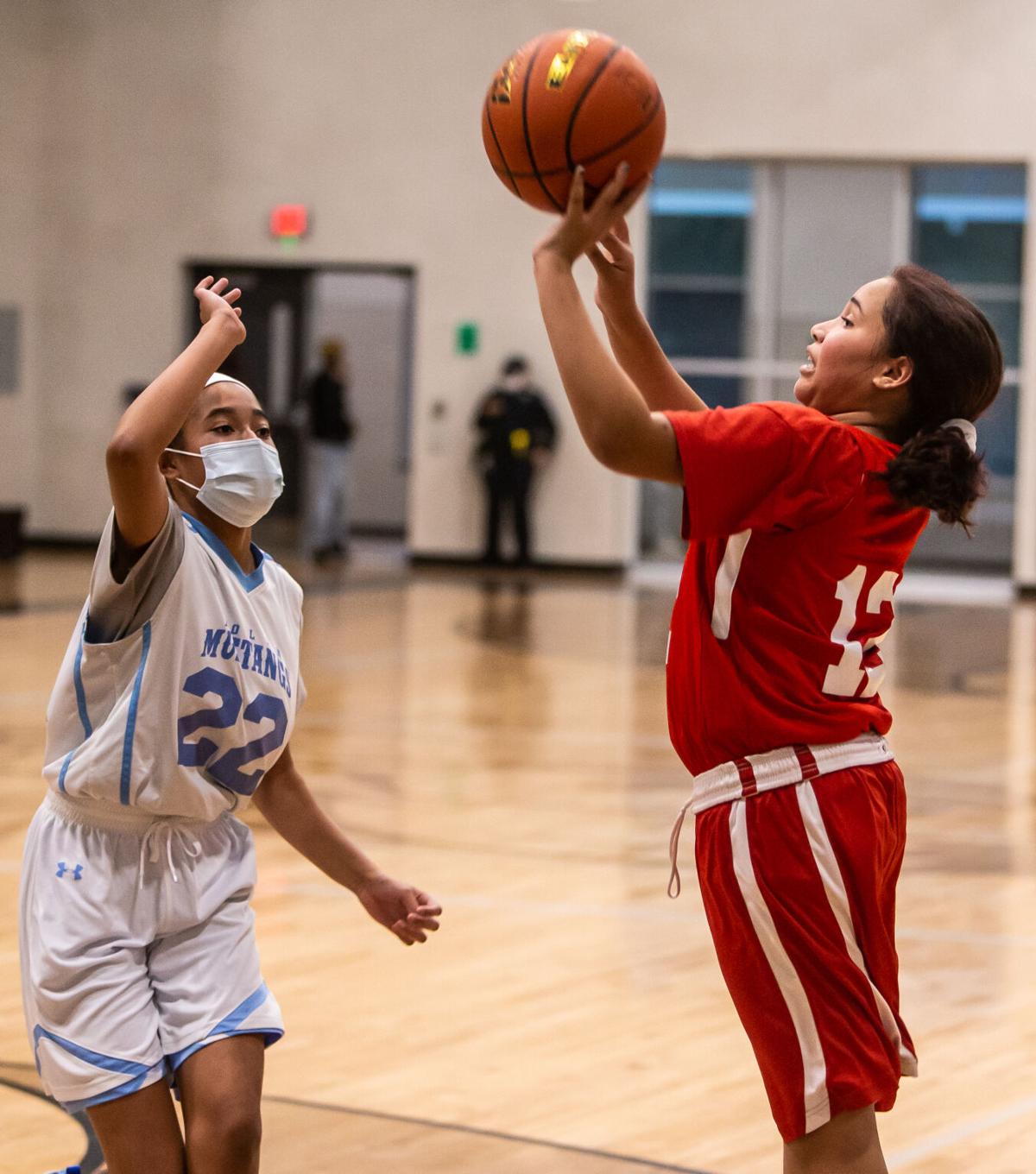 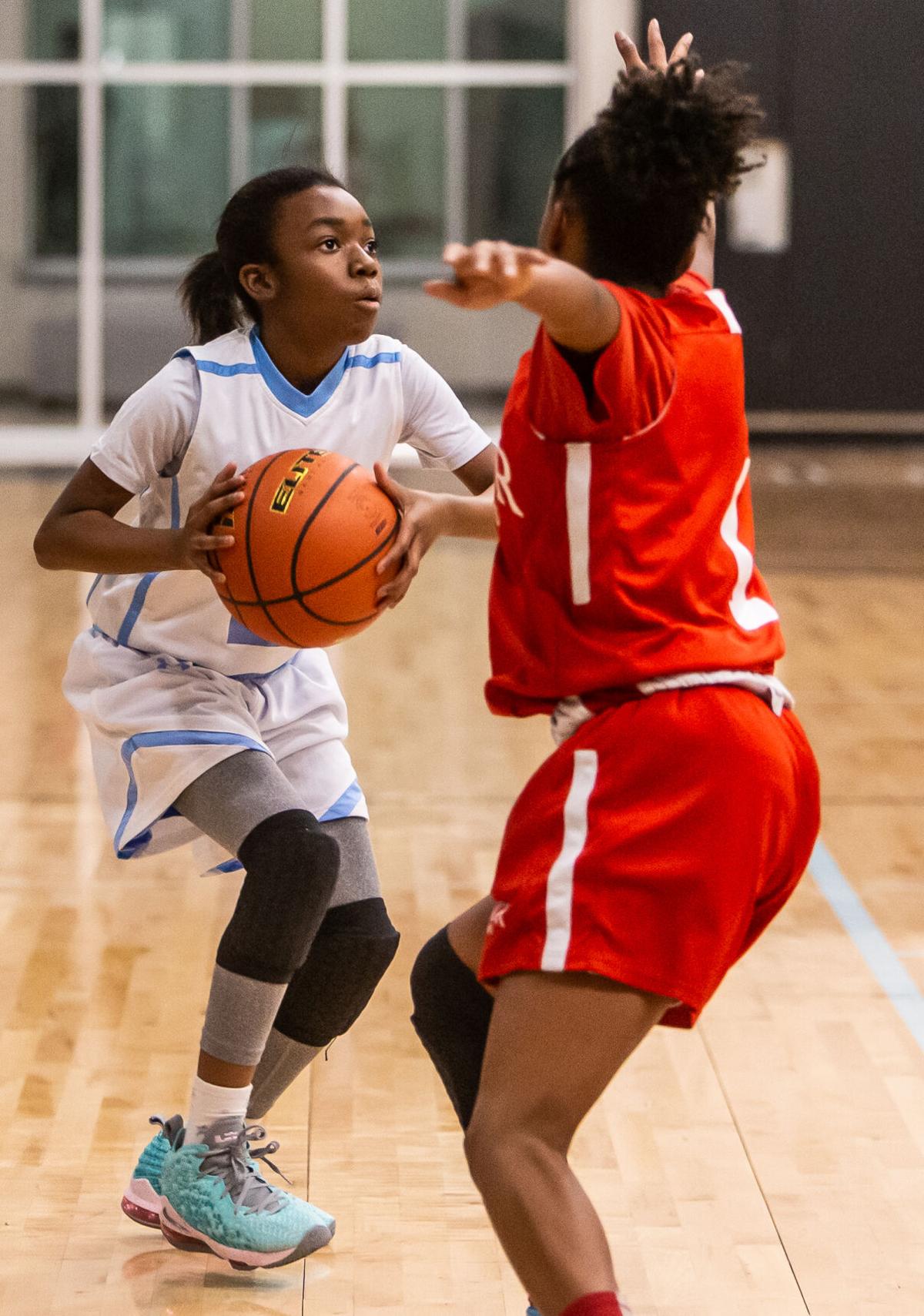 Nolan's Amanda Grate, left, prepares to shoot a 3-pointer over a Manor defender on Wednesday at Nolan Middle School. 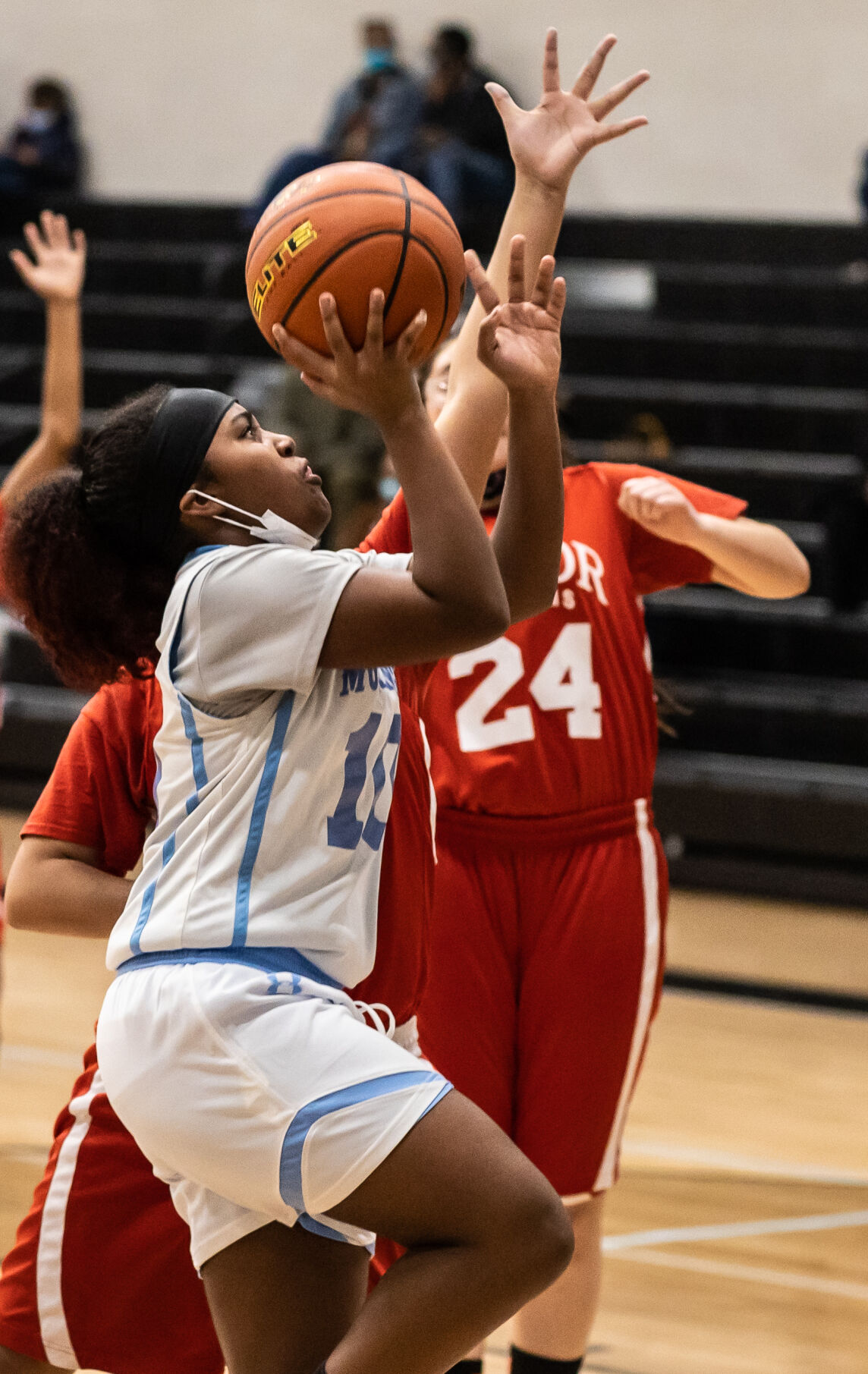 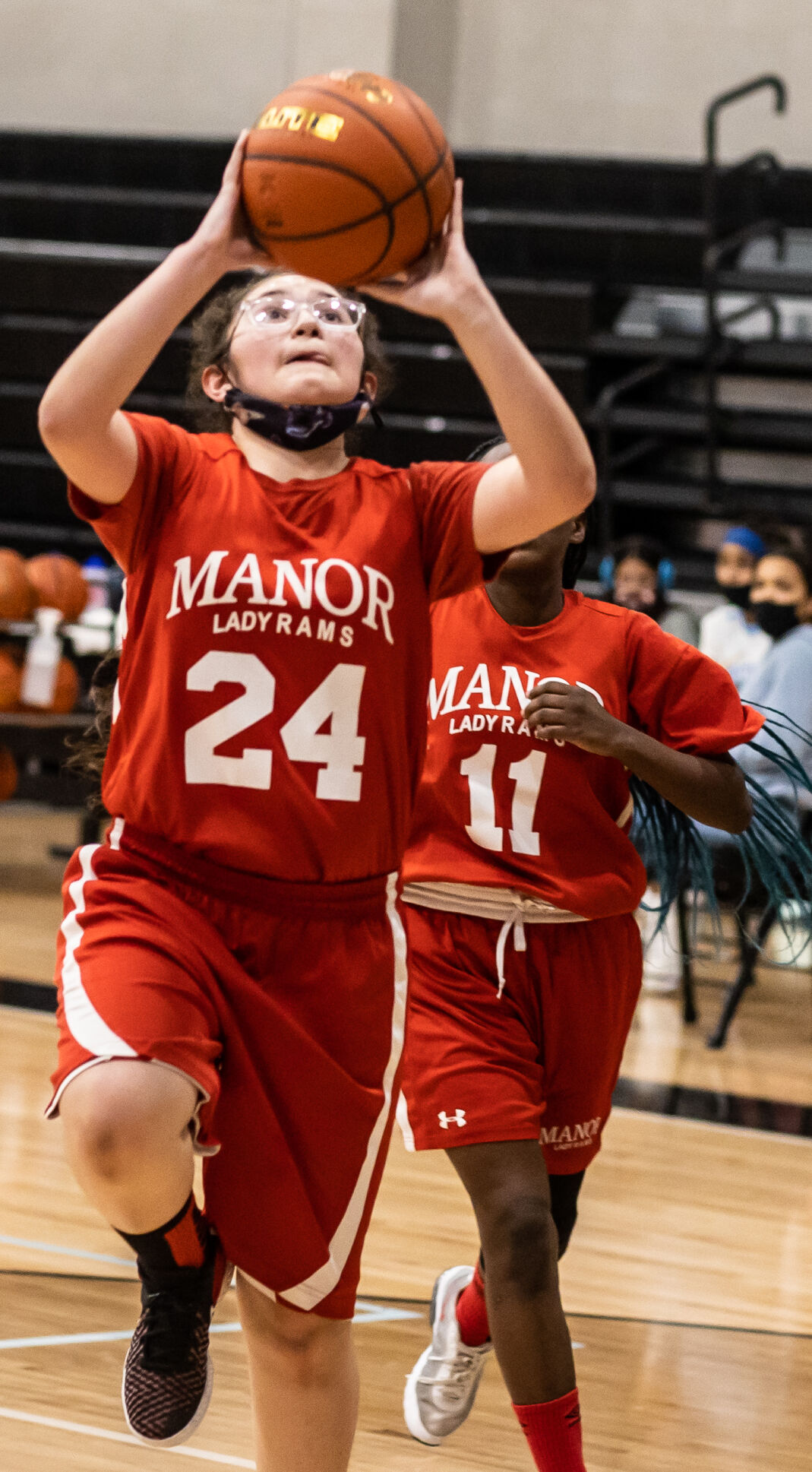 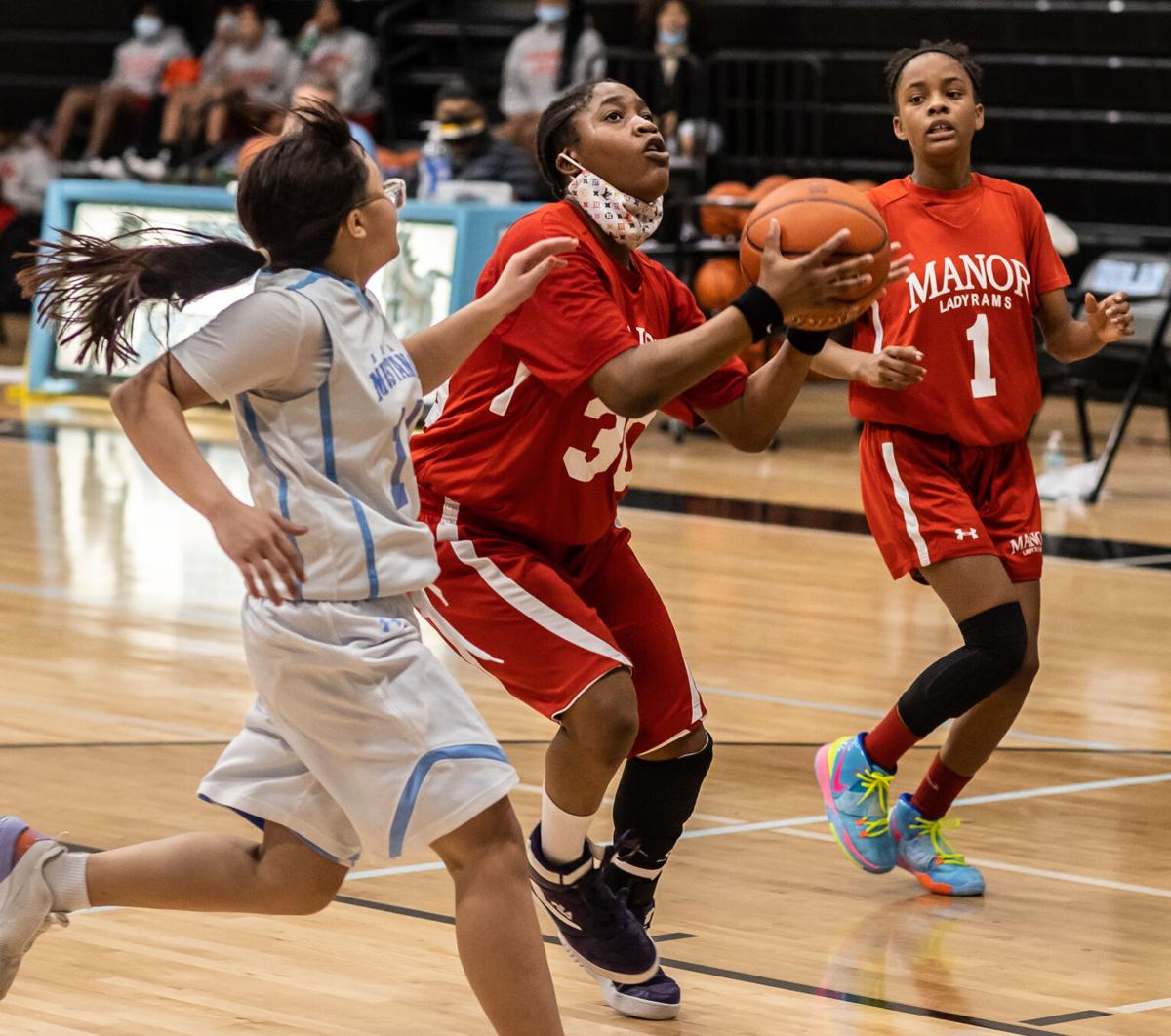 Manor's Jasmine Boyd (30) shoots as Payton Dupoint (1) and a Nolan's defender position for a rebound on Wednesday at Nolan Middle School.

Nolan's Kya Brown drives to the basket against Manor on Wednesday at Nolan Middle School.

Nolan's Amanda Grate, left, prepares to shoot a 3-pointer over a Manor defender on Wednesday at Nolan Middle School.

Manor's Jasmine Boyd (30) shoots as Payton Dupoint (1) and a Nolan's defender position for a rebound on Wednesday at Nolan Middle School.

Terriah Taylor tossed in 25 points to lead the Smith seventh-grade A-team Lady Leopards to a 36-16 win over Patterson on Wednesday at Patterson Middle School.

SMITH 7B 14, PATTERSON 7B 3: At Patterson, Ketie Moreno and Jurnee Haynes led the way with four points each in the Lady Leopards victory.

SMITH 8A 43, PATTERSON 8A 29: At Smith, Jeriyah Baines scored 24 points to lead the Lady Leopards to a conference-opening victory.

Injuries and foul trouble caught up with Patterson in the fourth quarter.

MANOR 8A 46, NOLAN 8A 19: Arrianna Jennings scored 17 points and the Lady Rams won their third straight to start the season.

Other scorers for Manor were Tyeonna Weaver (11 points), Shawnta Thomas (10), Natalie Gomez (six) and Dy’Neiyah Marshall (two). Ramiayah Reeves was a defensive standout in the paint.

PATTERSON 8B 23, SMITH 8B 22: At Smith, Aminah Robinson recorded six points, four steals and three rebounds to help the Lady Cavaliers win a nail-biter after erasing an 11-point deficit.

Ada Jones led Smith with nine points and eight rebounds. She also had five of the Lady Leopards’ 28 steals.

LIBERTY HILL 8A 60, EASTERN HILLS 8A 22: Samuel Moore scored 20 points and the Lions cruised to a win in their conference opener.

Liberty Hill (3-1) jumped out to a 22-4 lead after the first quarter and outscored the Panthers 23-14 in the second half.

Other scorers for Liberty Hill were J’Narri Franklin (18 points), Josiah Rollins and Zy’riyan Evans (eight each) and Komari Fenn (seven).

LIBERTY HILL 8B 31, EASTERN HILLS 8B 16: Rashaud Skinner scored nine points and the Lions pulled away in the fourth quarter to win their conference opener and get their first victory of the season.

The Lions (1-2) led by just four at the half, but held the Panthers to seven points the rest of the way.

PATTERSON 8B 27, SMITH 8B 26: The Cavaliers won in the closing seconds after the Leopards led for most of the game.

Turnovers down the stretch proved costly for Smith (2-1).

Nickalas Johnson led Patterson with 12 points, including a buzzer-beating half-court shot to end the third quarter.

PATTERSON 7B 26, SMITH 7B 16: Jacob Tolbert scored 14 points and the Cavaliers won their conference opener.

Other scorers for Patterson were Zamarion Vincent (four points), Carlos Garcia, Simari Gardner and Chandler Rucker (two each) and Justin Wingwood and Rian Young (one each).