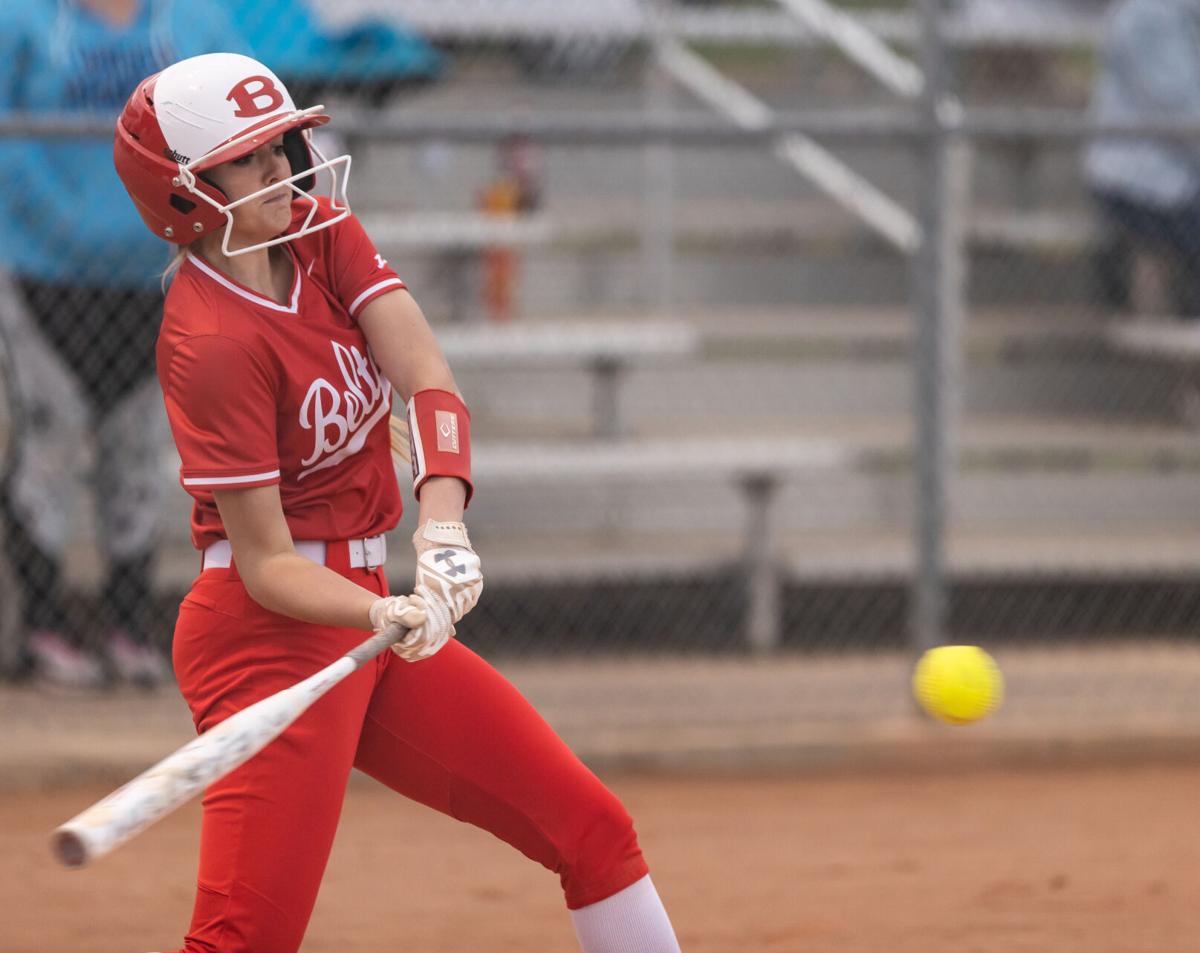 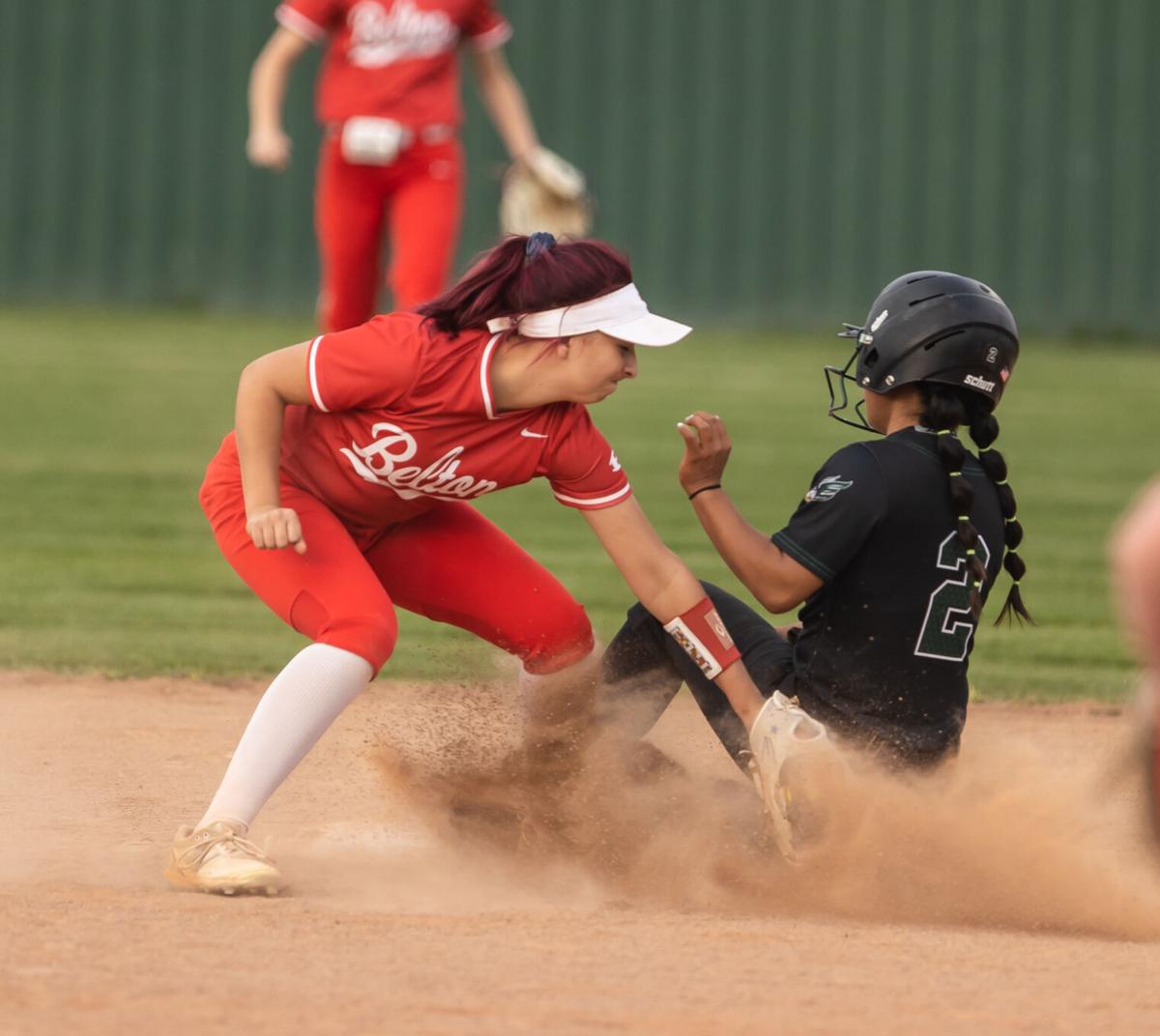 Ellison’s Lole Reyes (2) slides safely into second base as Belton’s Kaylee Rodriguez is late with the tag on Monday at Ellison High School. Belton won 7-3. 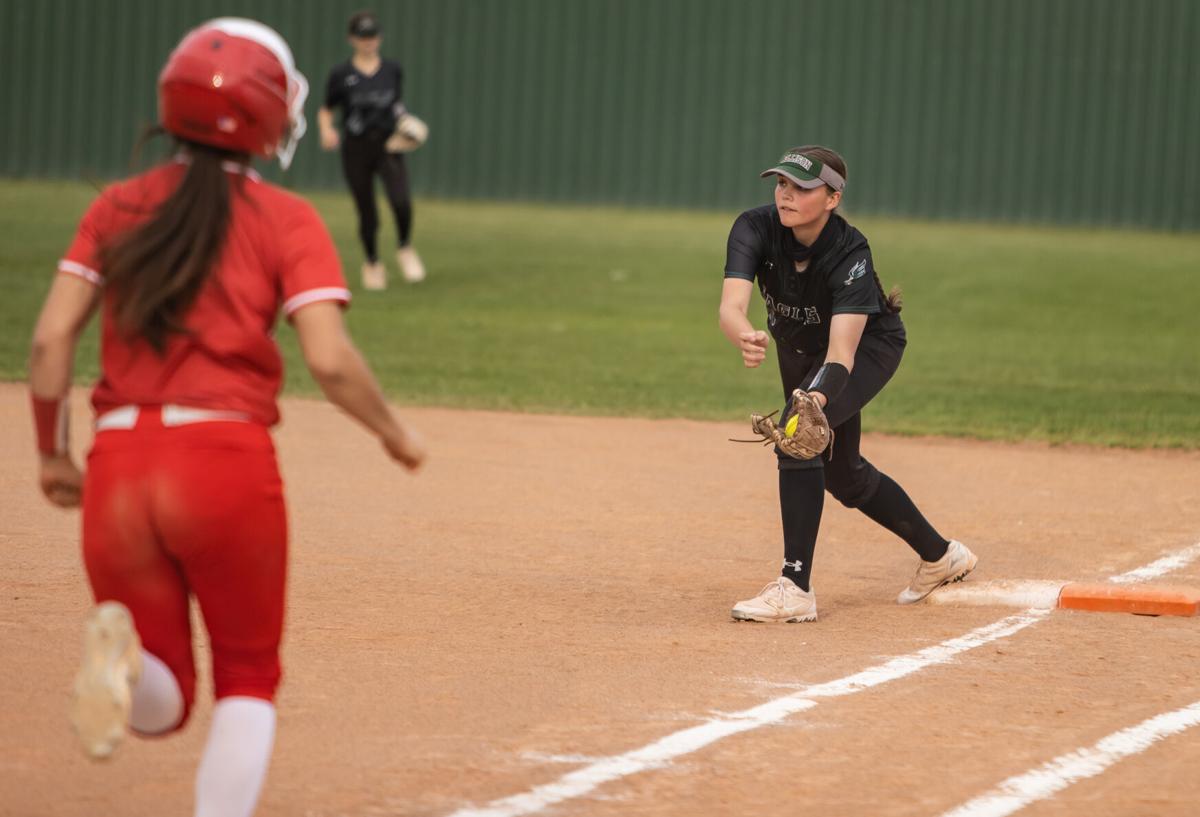 Ellison's Elizabeth Eakin, right, records the out at first base Monday at Ellison High. Belton won 7-3. 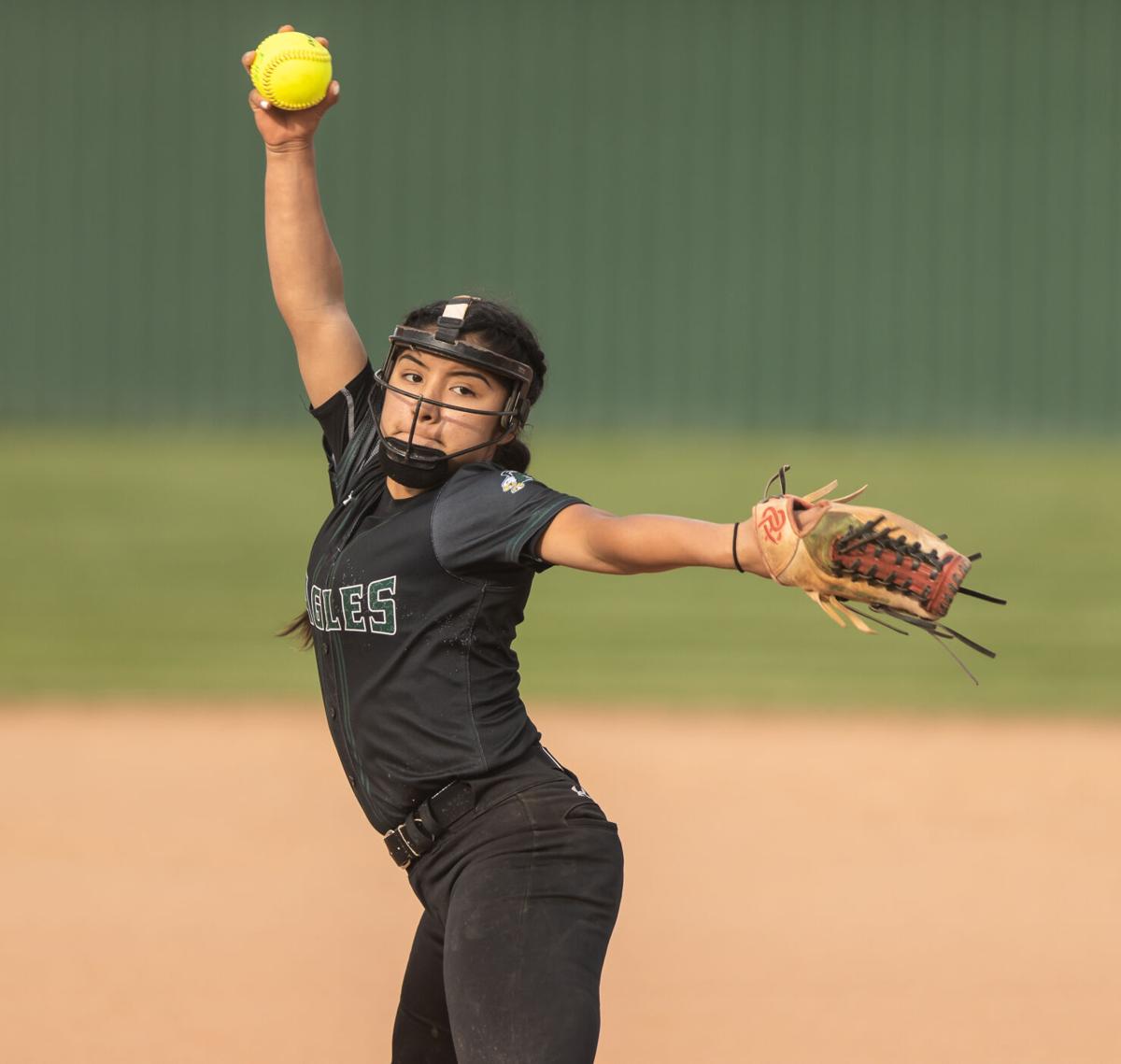 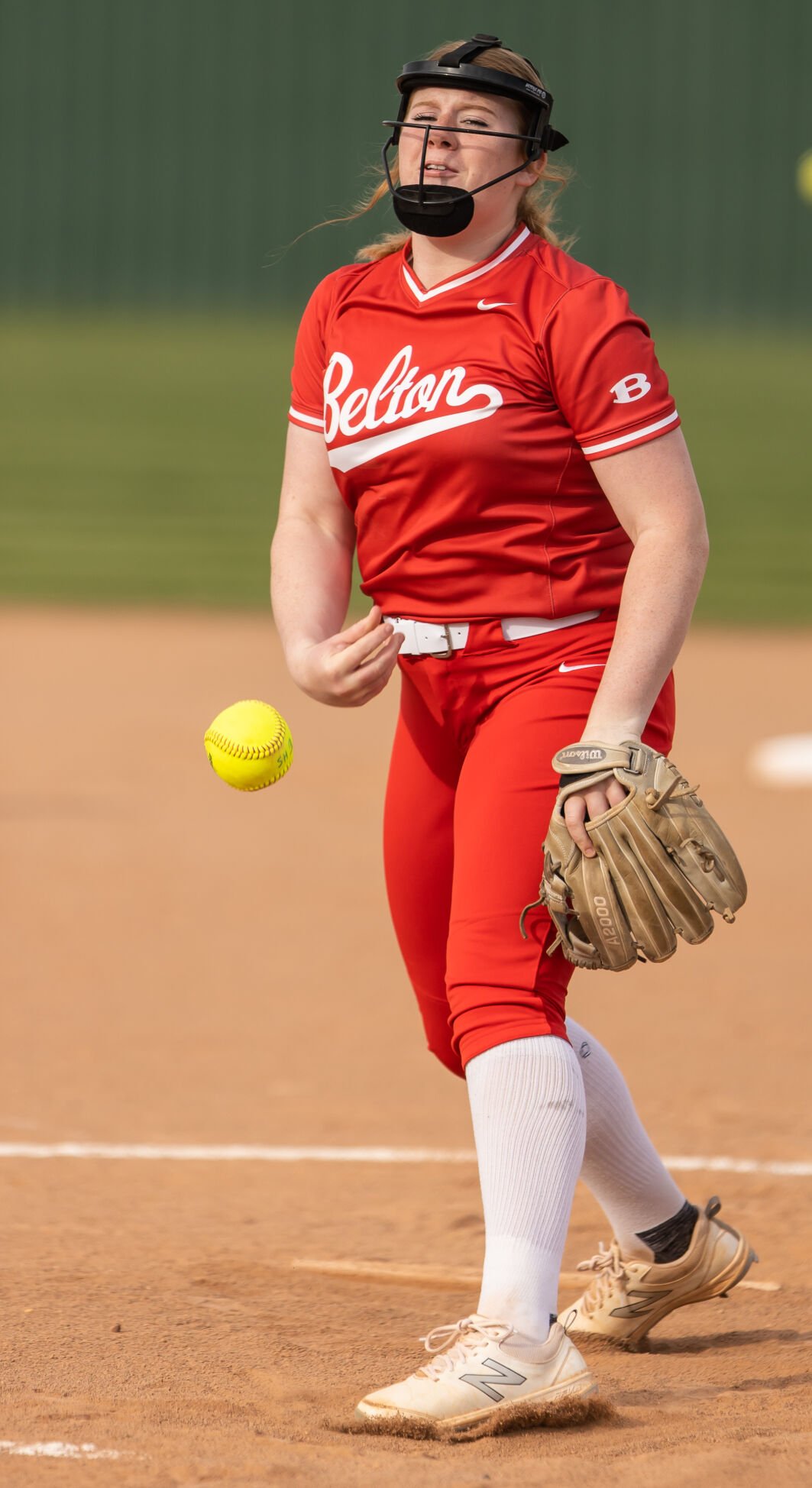 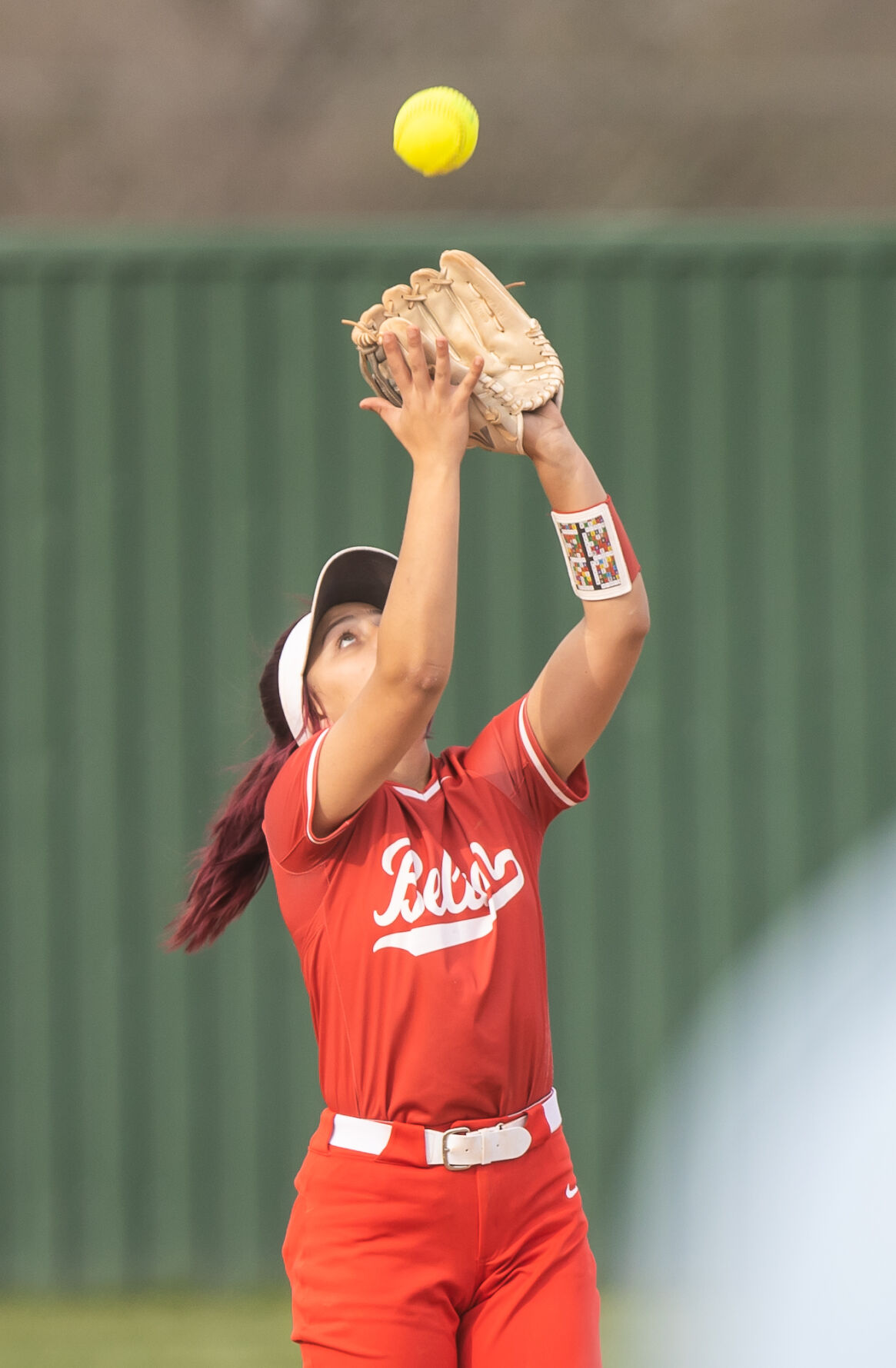 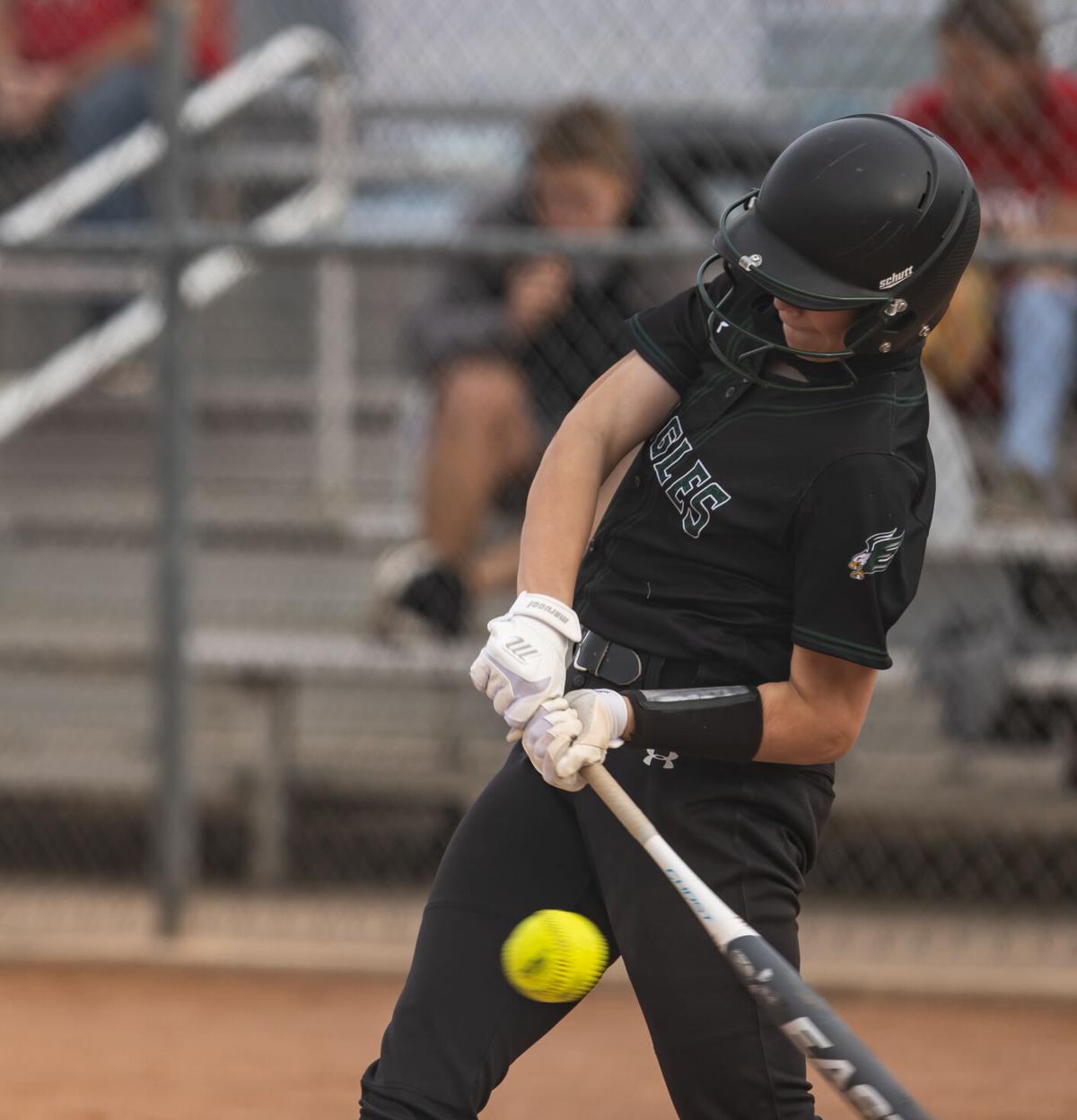 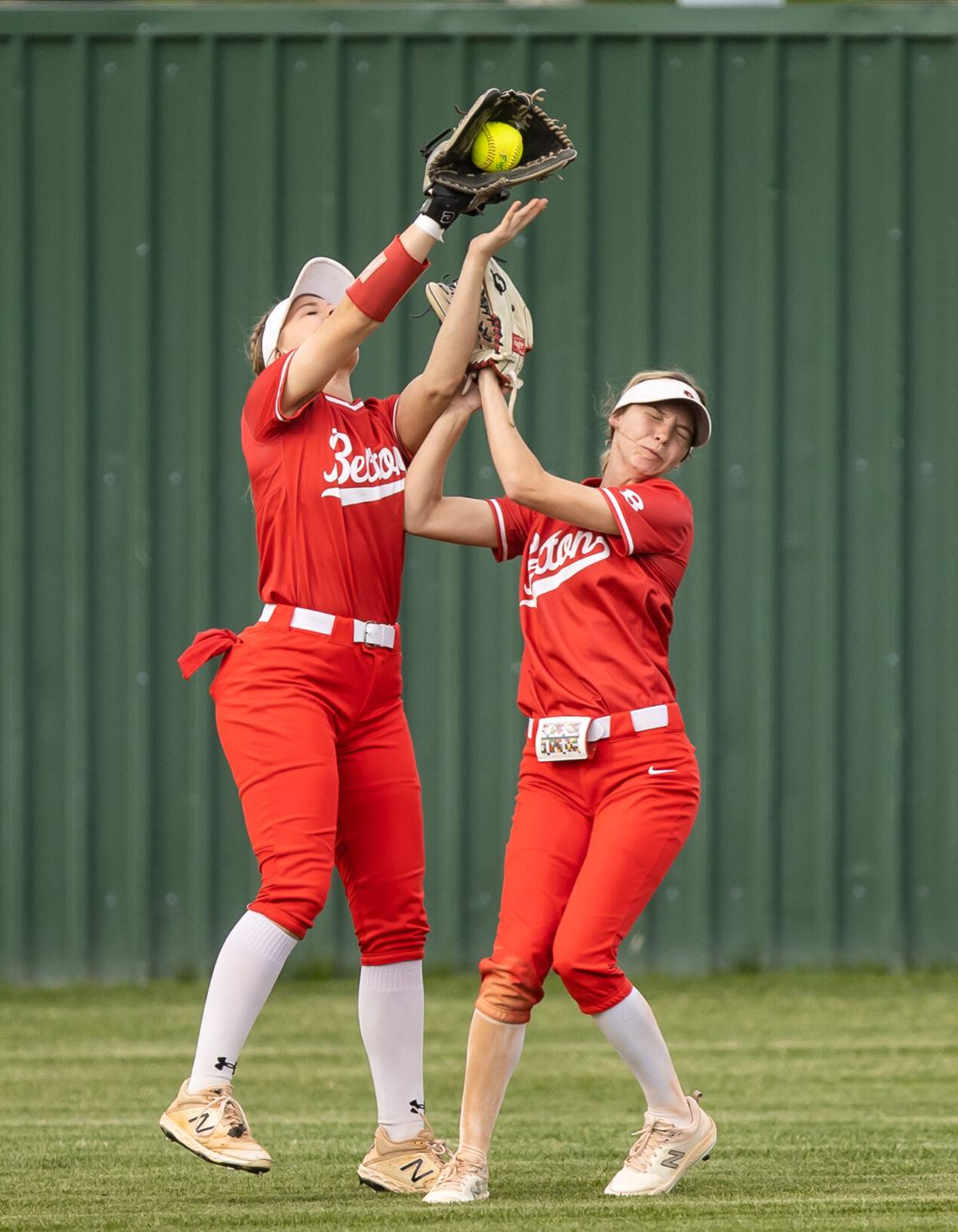 Belton’s Tristyn Barton, left, catches an Ellison fly ball while avoiding a collision with McKenzie Drake in the outfield. 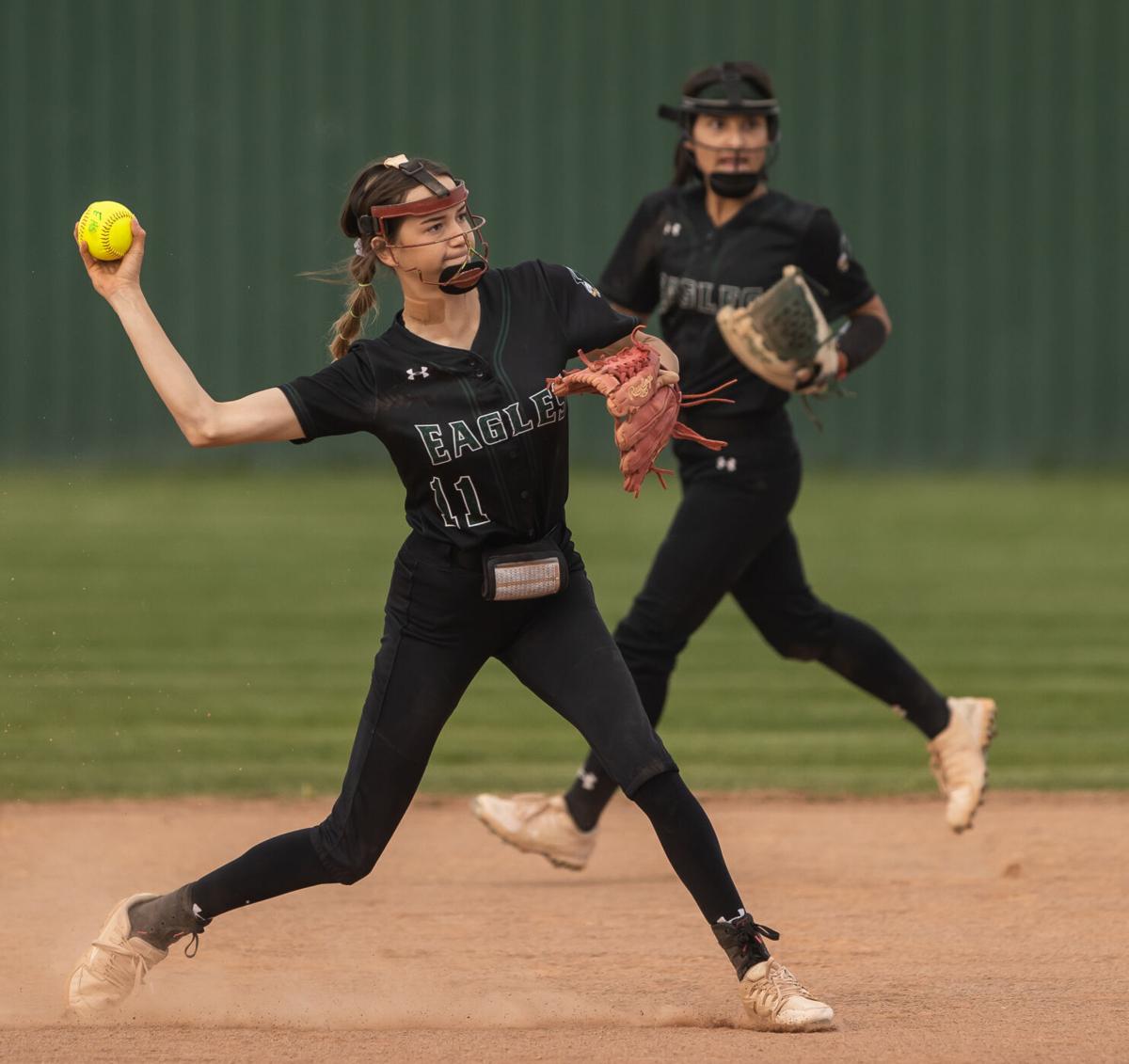 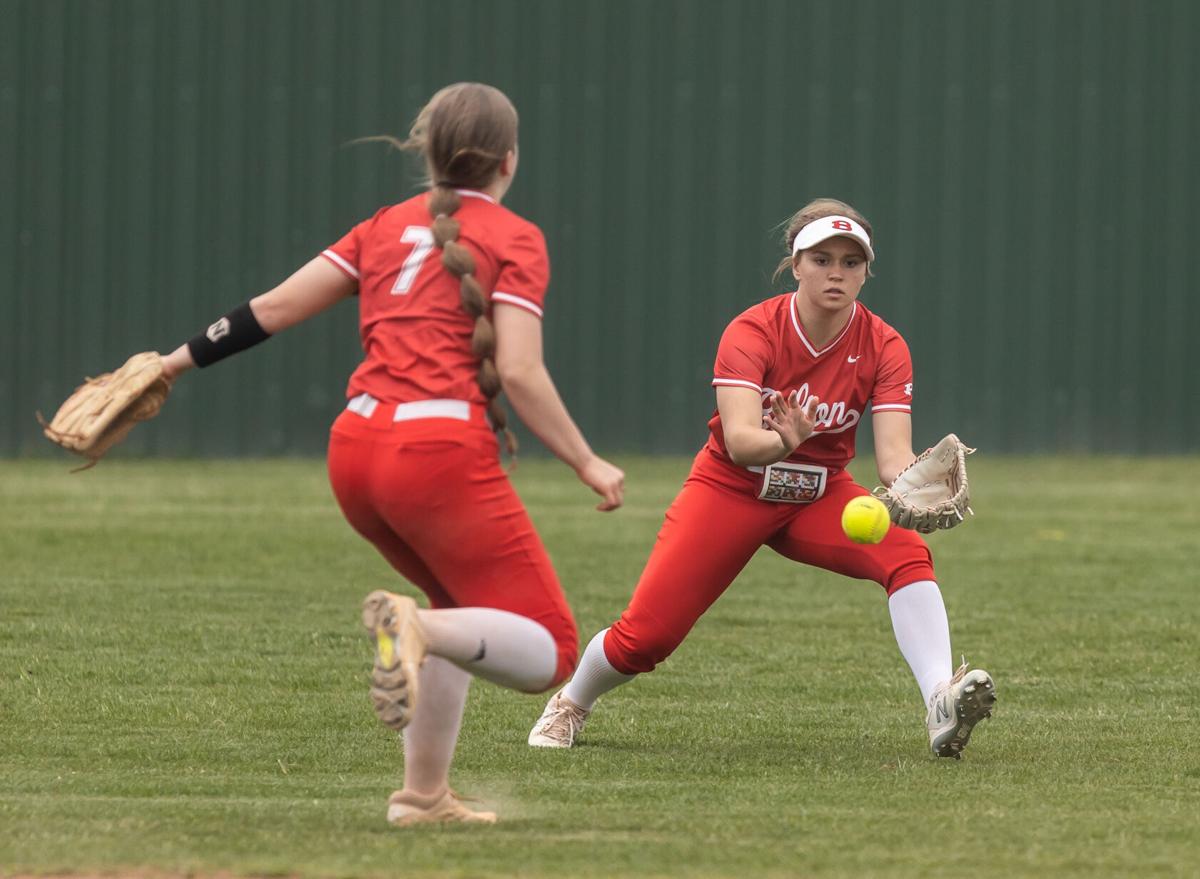 Ellison’s Lole Reyes (2) slides safely into second base as Belton’s Kaylee Rodriguez is late with the tag on Monday at Ellison High School. Belton won 7-3.

Ellison's Elizabeth Eakin, right, records the out at first base Monday at Ellison High. Belton won 7-3.

Belton’s Tristyn Barton, left, catches an Ellison fly ball while avoiding a collision with McKenzie Drake in the outfield.

There was no doubt in her mind.

Looking to secure a playoff berth with a victory, Belton could not create any significant separation against host Ellison through the first five innings Monday evening.

Then, pinch hitter McKayla Owens stepped to the plate and altered the course of the contest, sending a three-run home run over the left-field wall in her only at-bat. The hit propelled the Lady Tigers to a 7-3 win and into the postseason, and following the game, which was postponed due to Friday’s inclement weather, the senior admitted knowing her swing would be successful.

“I knew that no matter what,” Owens said, “that pitch was mine. It didn’t matter what pitch it was, I was focused, and I was ready to go.

The squads played to a scoreless tie through the first four innings before Belton posted the game’s initial run as Kaylee Jordan’s RBI scored teammate Kaylee Rodriguez, who reached base on a walk.

The score held into the next inning, when the Lady Tigers added to their advantage with a three-hit showing. Bethany Sherwood and Esper Moreno posted consecutive singles with one out, setting the stage for Owens’ hit.

“That is every athlete’s goal and dream,” Owens said. “Whenever your number is called, you want to take every opportunity possible.

“No matter who you are or what game it is, opportunities are huge, especially when there is a chance to get some momentum for your team. So, that was a great feeling.”

Despite trailing 4-0, the Lady Eagles (4-8 District 12-6A) refused to concede, responding with a pair of runs in the bottom of the sixth inning as second baseman Alex Morales hit a two-RBI single, scoring teammates Liz Eakin and Kiki Rogers.

But Belton (8-4) could not be denied after discovering its offensive rhythm.

The Lady Tigers scored three runs on two hits as Paige Nunes and Sherwood each collected an RBI in the seventh inning before Ellison pitcher Lole Reyes, who threw 11 strikeouts in the loss, hit a single to score Sabrina Morgan for the game’s final run.

Although it was not the outcome Ellison head coach Kelly Berg wanted, he has no issue with his team’s effort.

“This is something we’ve seen all year,” he said. “We may fall down, but we’ll get back into the game.

“That says a lot about the girls and their confidence in this team.”

After producing just a single hit through the first four innings and having two hits entering the sixth inning, Belton finished with seven hits, including a 2-for-4 showing from Sherwood, who had a single in each of the last two innings.

Reyes and Morgan each went 2 for 3 in the loss, combining to account for four of the Lady Eagles’ six hits.

Now, with their playoff spot secured, the Lady Tigers turn their attention toward finishing the district schedule strong, traveling to play Shoemaker today before hosting Killeen in the regular-season finale on Friday.

“We need to focus on getting runs a little quicker,” Owens said, “and we need to use these games to get hyped up.

“These games are our reps before the playoffs, so we need to go out and crush these teams and keep getting ready for the teams we’re going to see in the playoffs.”