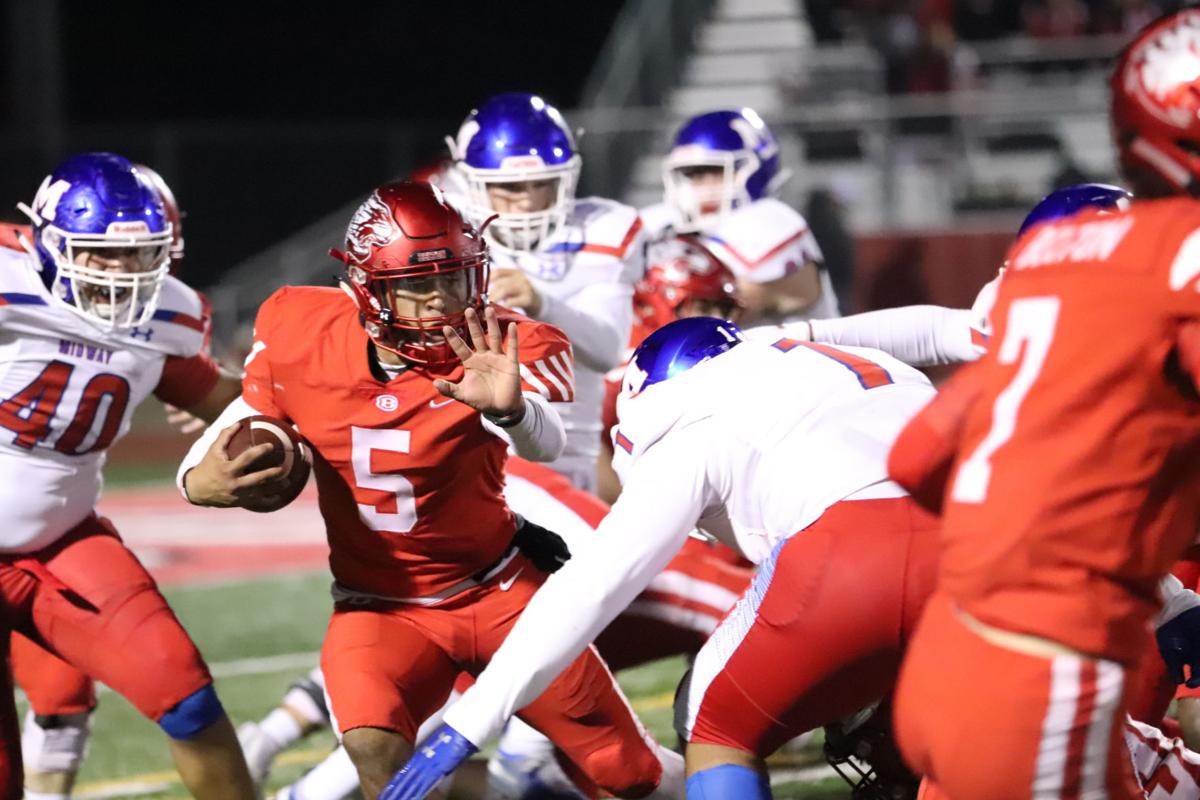 Belton quarterback Ruben Jimenez (5) is surrounded by the Waco Midway defense on Friday in Belton. 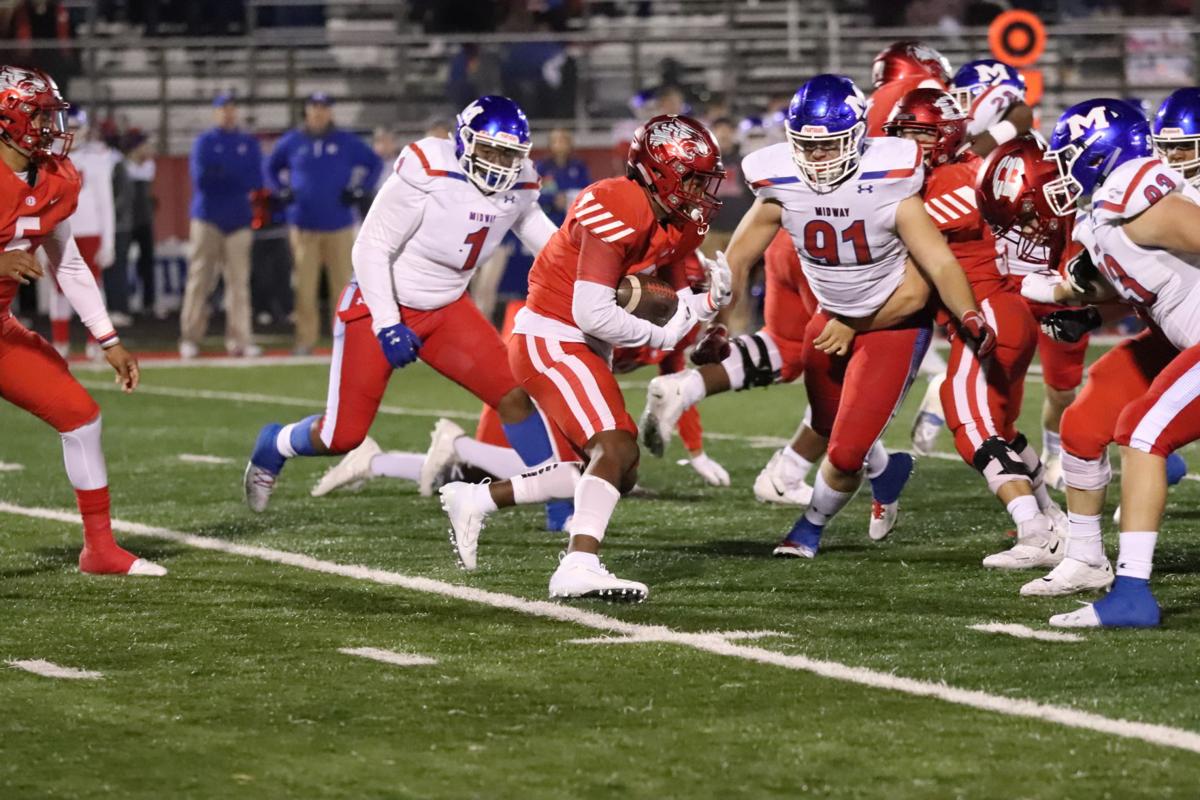 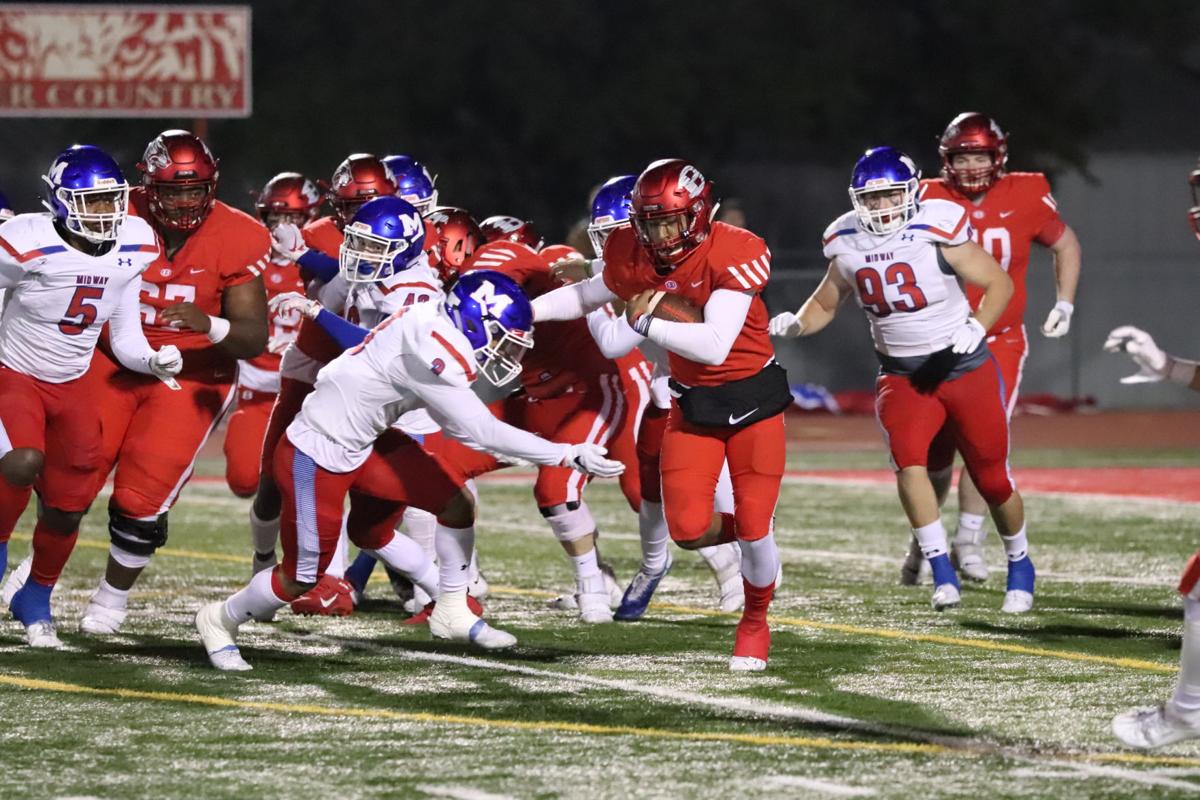 Belton quarterback Ruben Jimenez finds room on the left side of the Waco Midway defense on Friday in Belton. 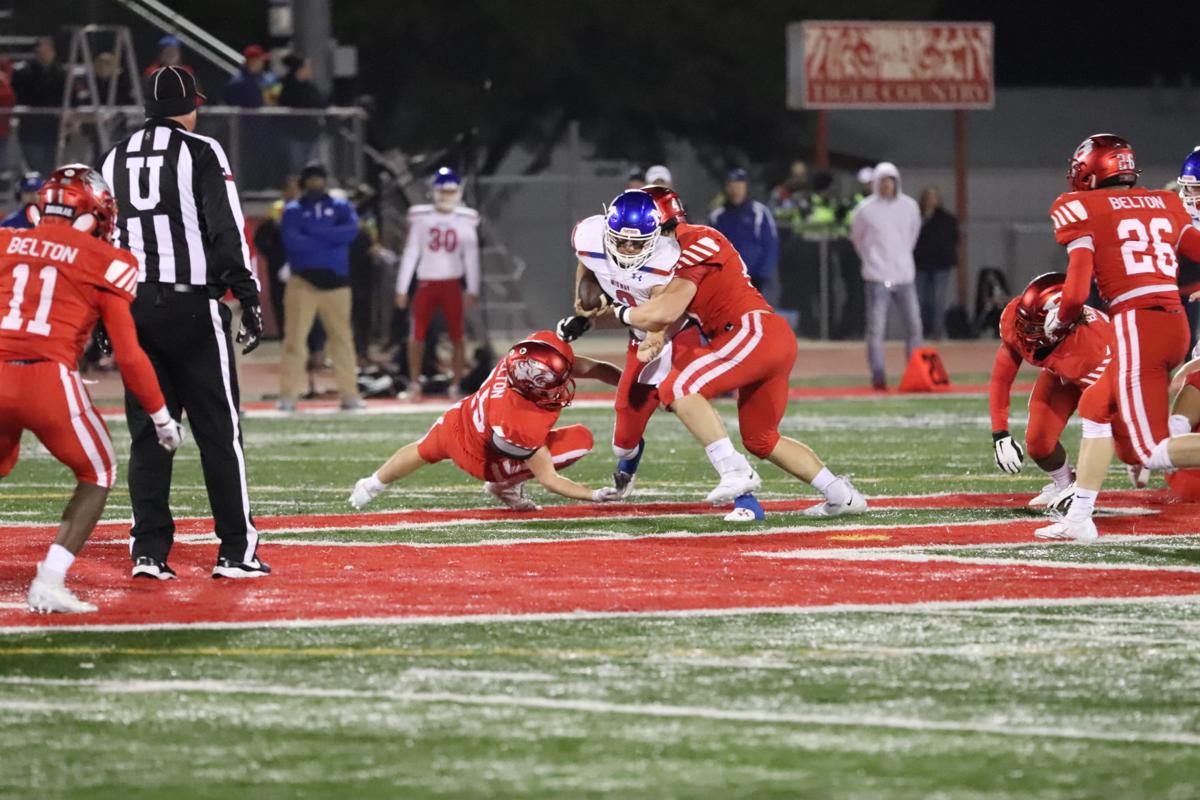 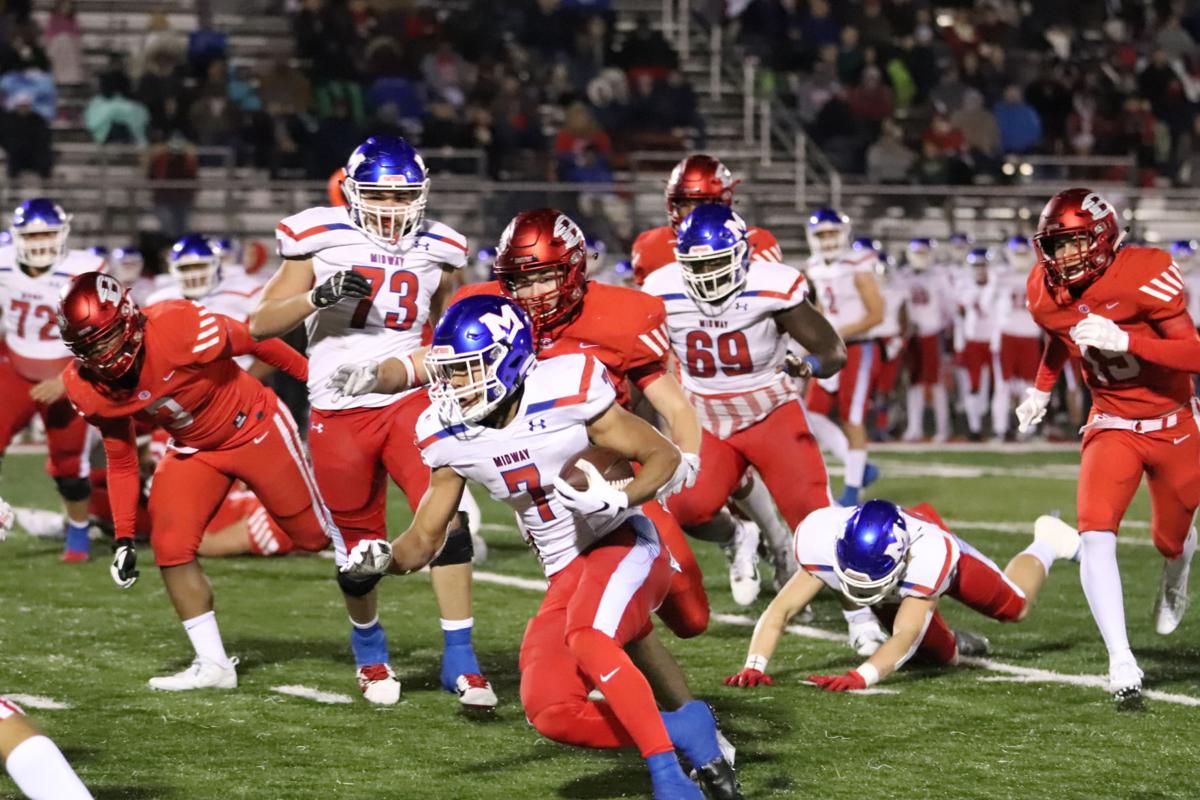 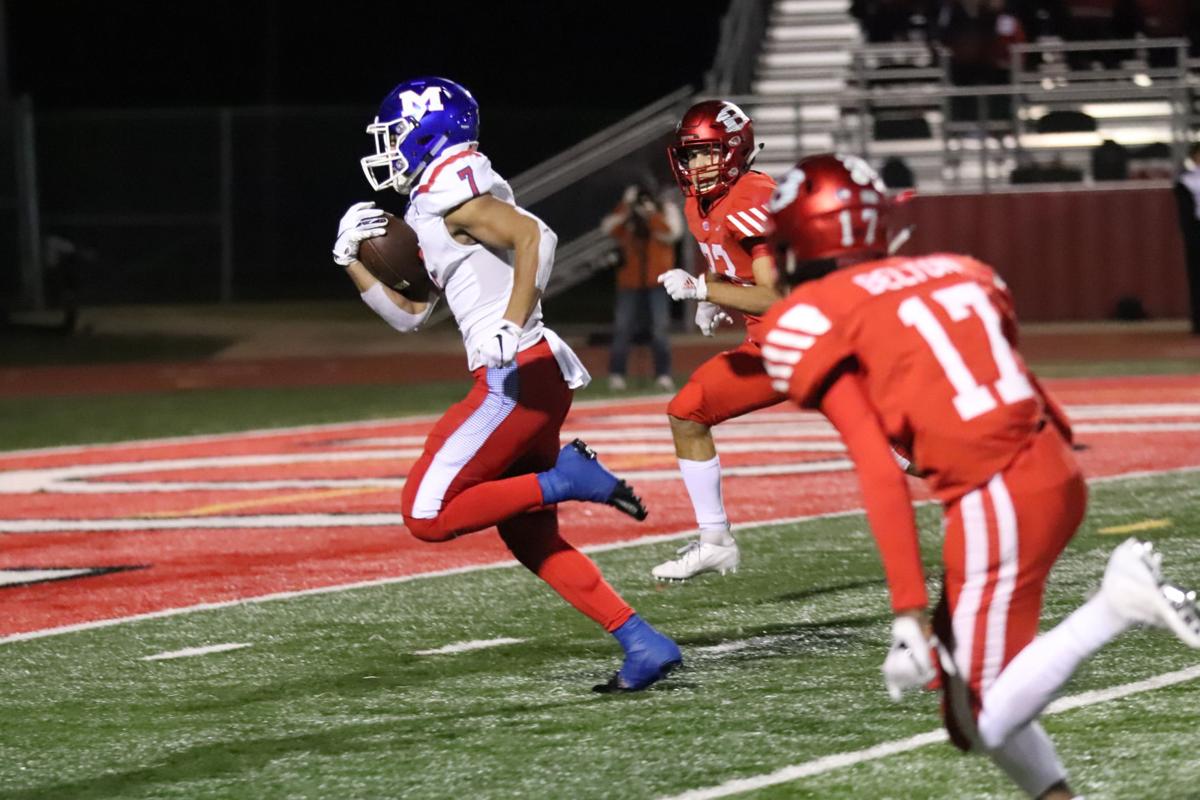 Waco Midway's Will Nixon runs to the end zone for a touchdown ahead of Belton's Tanner Holman (23) and Noah Newman on Friday in Belton. 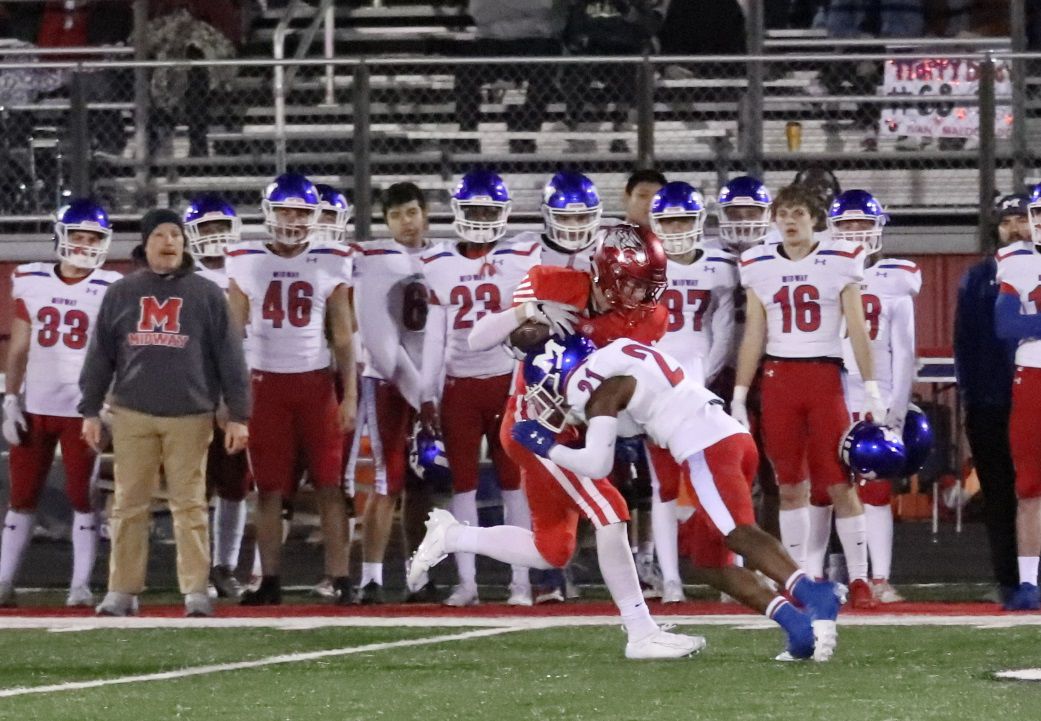 Belton quarterback Ruben Jimenez (5) is surrounded by the Waco Midway defense on Friday in Belton.

Belton quarterback Ruben Jimenez finds room on the left side of the Waco Midway defense on Friday in Belton.

Waco Midway's Will Nixon runs to the end zone for a touchdown ahead of Belton's Tanner Holman (23) and Noah Newman on Friday in Belton.

BELTON — Coby Trovinger wore No. 15 instead of his usual No. 9 jersey Friday night during Belton’s regular-season finale at Tiger Field.

The senior linebacker did so to salute classmate Jason Stephens, who suffered an injury earlier in the year and couldn’t take the turf one last time as a high school student-athlete. At the end of a difficult season, Trovinger’s uplifting gesture was surely symbolic.

“No matter what happened, we always stuck through it together,” said Trovinger, Belton’s top tackler who returned after stepping away from the sport for two years. “This team had a special bond, we were really tight. Everyone knew everyone’s name. We were a good team.

“The reason I came back wasn’t to win district or anything, it was to be with my friends.”

Trovinger and his friends gave it a final go Friday against Waco Midway, needing an upset and a Shoemaker win over Harker Heights to reach the playoffs. Shoemaker won but so did the Panthers.

Quarterback Jared Moore threw three touchdown passes, running back Will Nixon rushed for 134 yards and two scores, and Midway pulled away for a 49-0 victory.

The loss snapped the Tigers’ string of postseason appearances at five years and officially ushered in a wave of change at Belton (3-7, 3-5 District 12-6A), which will have a new head coach next year as Sam Skidmore, after three years at the helm, moves fully into his role as Belton ISD’s athletic director.

Skidmore, who hugged each senior during an emotional postgame congregation, was hired in August to oversee athletics at Belton and soon-to-be-opened Lake Belton.

“I wanted them to know how much I loved them and appreciated them and to know that we are here for them 10 years from now, 20 years, 30 years from now. They are always going to be a special part of my life and I wouldn’t want to go out with any other group,” Skidmore said.

“At the end of the day, some things aren’t going to go your way in life. The season didn’t go our way. We had some bumps in the road. But the thing is, you keep getting yourself up, dust yourself off and keep fighting. That’s what these kids did.”

Midway (7-3, 7-1) clinched a share of the league title with Temple, 12-6A’s top seed into the Class 6A Division II playoffs and a bi-district home game next week, capping a three-game winning streak to close the season by beating Belton for the eighth straight time.

“I think it just shows a lot of pride and determination by my team,” said Midway coach Jeff Hulme, whose squad had its consecutive league win streak clipped at 38 by a loss to Harker Heights Oct. 18. “We got our bell rung but our kids responded and got back on the saddle and started to play the way we know they can play.”

Nixon caught a 21-yard TD pass and had a 21-yard rushing score in a tightly contested first half that finished with Midway ahead 14-0.

The Panthers, who finished with 536 total yards to Belton’s 221, broke it open in the third quarter with 21 points, including TD catches by Jaylon Gibson (21 yards) and Zach Stewart (16 yards), and Nixon’s 1-yard plunge.

Belton junior quarterback Ruben Jimenez had a team-high 62 yards rushing and provided a glimpse into the future on a 37-yard completion to sophomore Seth Morgan in the third quarter for the Tigers’ longest play from scrimmage.

“They have a good returning base and they just have to keep building on the work,” Skidmore said.

GLEN ROSE — The location and the score may have changed, but the end result was the same.