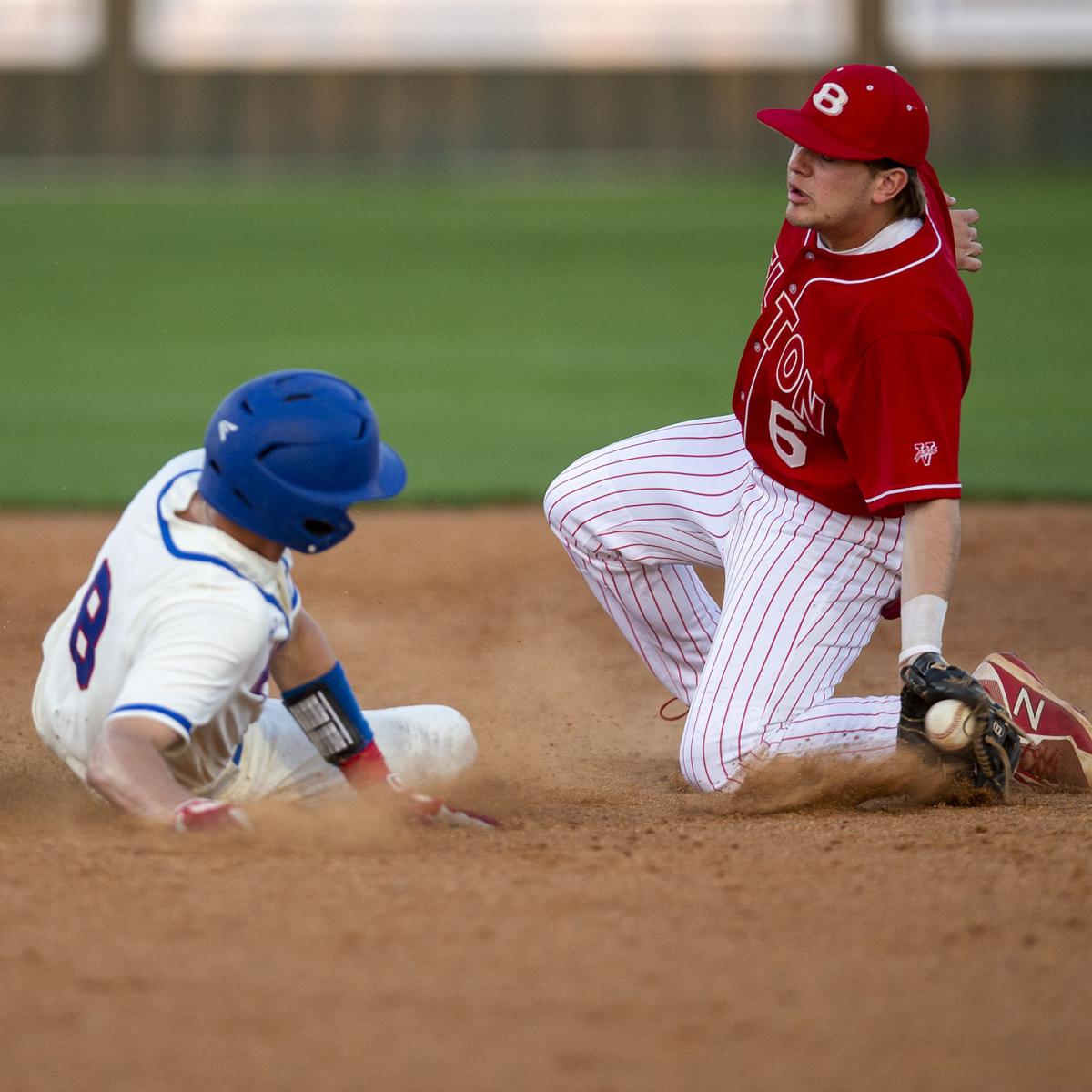 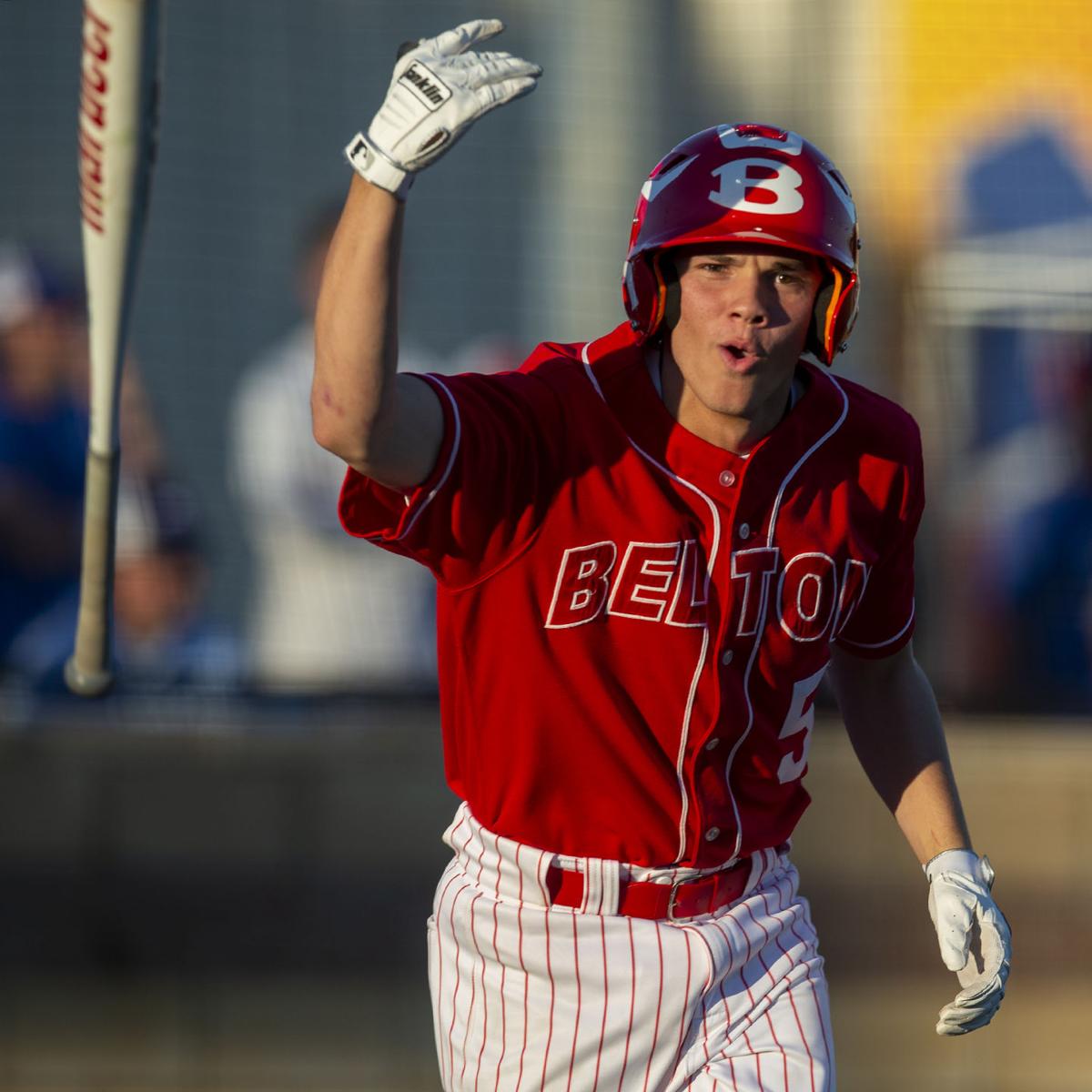 Belton’s Ben Jones flips his bat in celebration after being hit by a pitch with the bases loaded on Tuesday against Waco Midway in Hewitt. 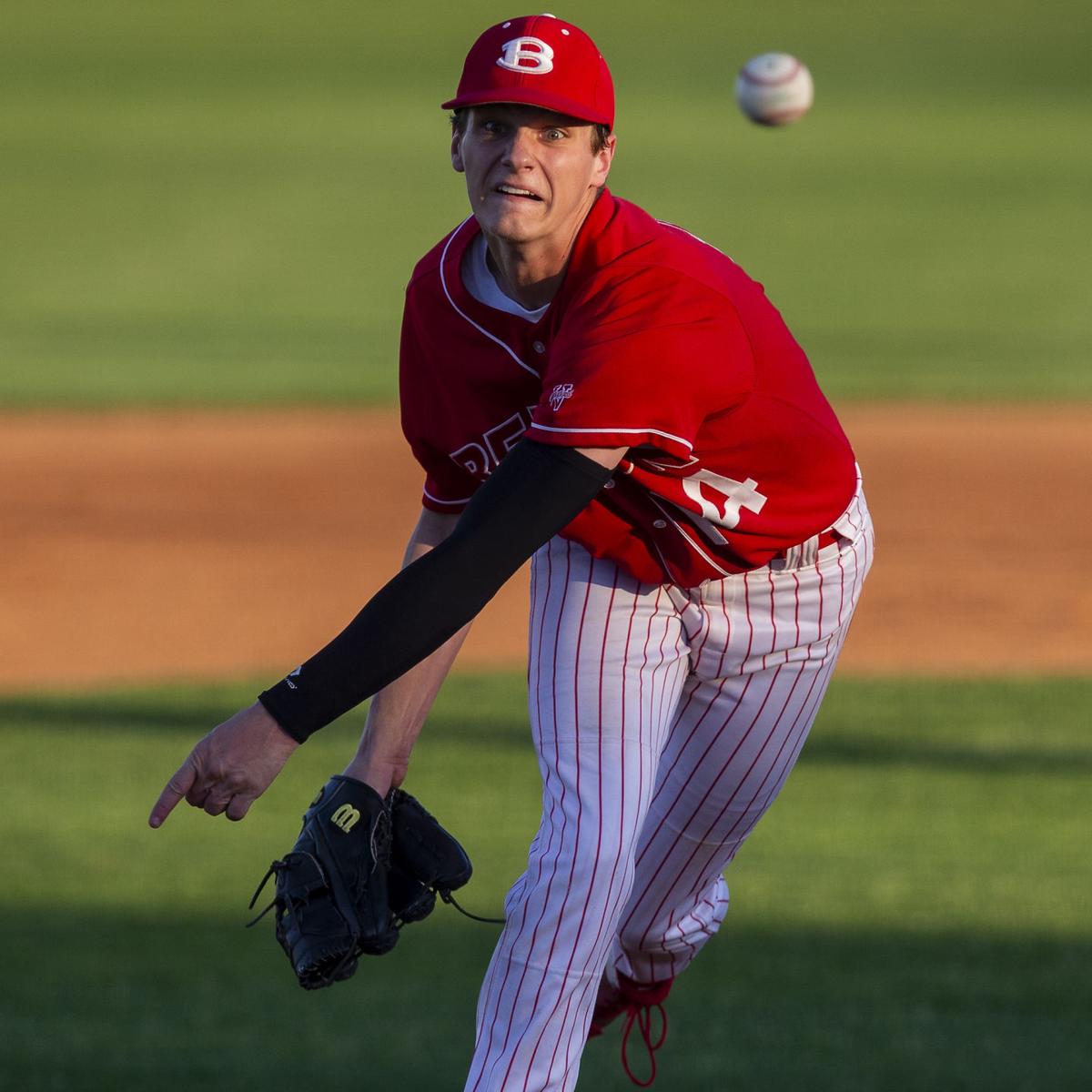 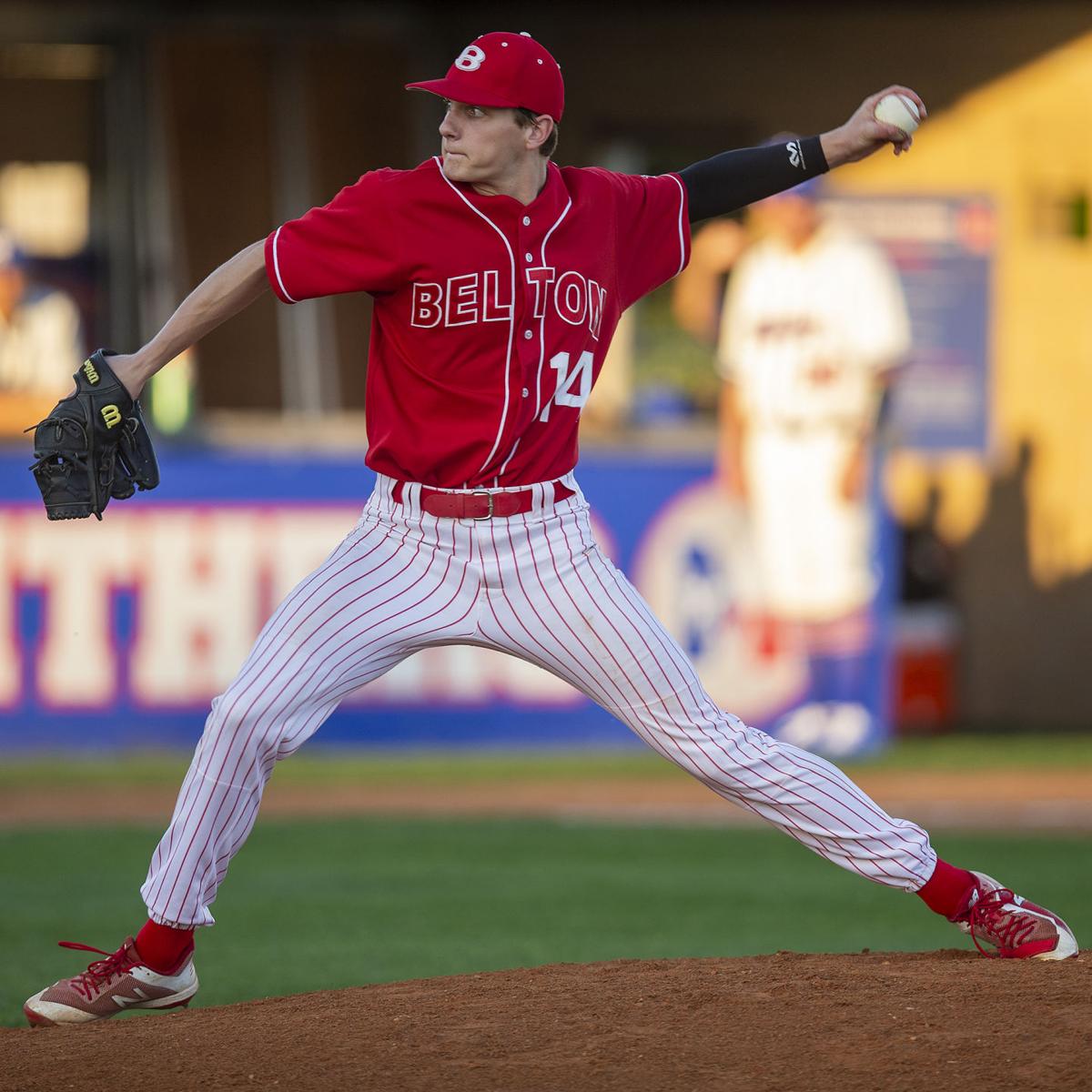 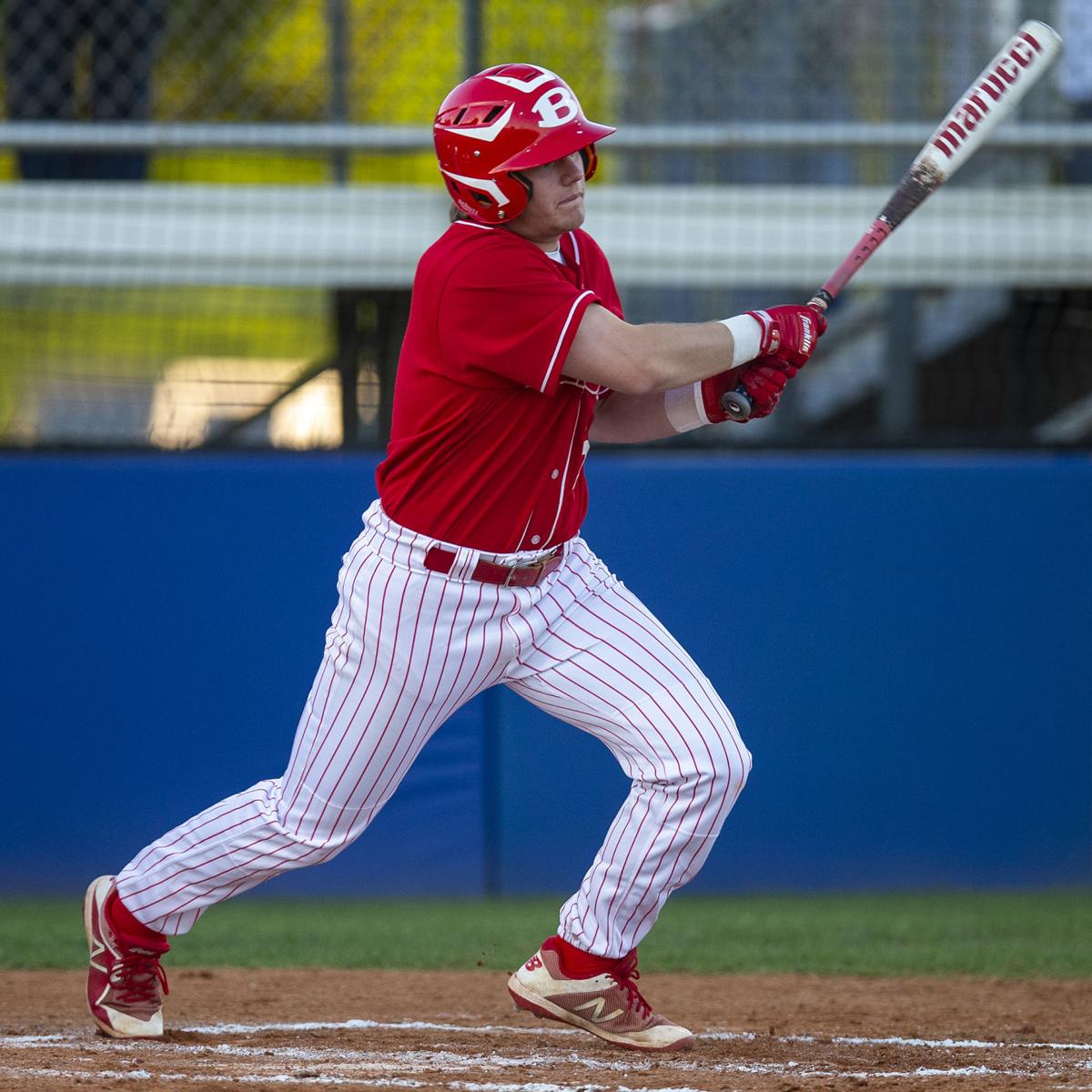 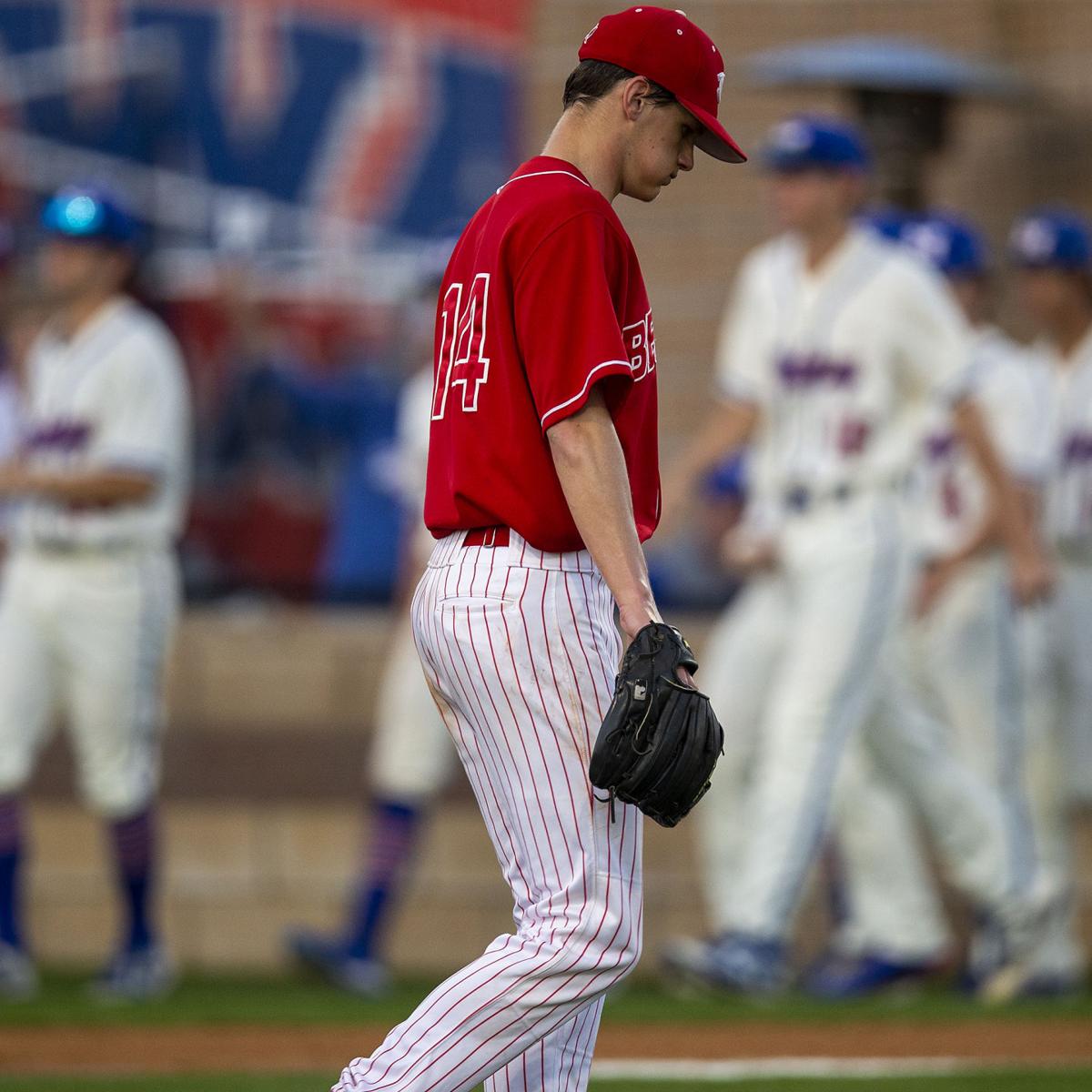 Belton’s Dylan Blomquist walks back to the mound after surrendering a run while Midway players celebrate on Tuesday in Hewitt.

Belton’s Ben Jones flips his bat in celebration after being hit by a pitch with the bases loaded on Tuesday against Waco Midway in Hewitt.

Belton’s Dylan Blomquist walks back to the mound after surrendering a run while Midway players celebrate on Tuesday in Hewitt.

HEWITT — In the previous meeting between District 12-6A’s top two clubs, the outcome was decided in the late innings with Belton prevailing over Waco Midway at Tiger Field.

It was a vastly different result Tuesday night in the second go-round.

Midway, ranked No. 22 in the Texas High School Baseball Top 25, tagged No. 11 Belton for 14 hits, including five extra-base knocks.

The Panthers lead-off man Elijah Rodriguez went 3 for 5 with a triple and two RBIs to lead Midway. Logan Pace got the start and win on the mound for Midway, throwing four innings and allowing two runs on six hits to go with three strikeouts. Jackson Berry worked the final two innings in relief, allowing no hits and registering three strikeouts.

Dylan Blomquist took the loss for Belton. He threw 4 2/3 innings and gave up six runs on 10 hits while striking out five and walking two.

Belton grabbed a 1-0 lead in the first inning as Ben Jones was hit in the back with the bases loaded. Pace avoided further damage by inducing a double play to end the threat. The Tigers made it 2-0 in the third inning on some timely two-out hitting. Preston Rozner hit a triple and Connor Carothers plated the center fielder with a single.

Blomquist ran into trouble in the bottom of the frame, as the Panthers scored four runs on five hits in the third. Rhett Grosz singled to lead things off and Rodriguez scored Midway’s first run with a triple to right field. Couper Cornblum singled, scoring Rodriguez to tie the game at 2, and Tripp Clark gave Midway the lead with a single that scored Cornblum. JJ Davis doubled to center field to score Clark and move Midway ahead 4-2.

The Panthers scored to more in the fifth before six runs came across in the sixth. Belton reliever Jace Stephen allowed the six runs on four hits, two walks and an error at third base in the frame. Rodriguez finished things off with an RBI-single that scored Logan Theilapape from third for the final margin.

Rozner and Carothers each went 2-for-3 for Belton, which finished with six hits.

First-place Belton still holds a one-game lead over Midway in the district and will play Killeen Shoemaker on Friday.

The Belton Tigers never lost in the regular season and won the district championship. For their efforts, they earned two top superlatives on t…