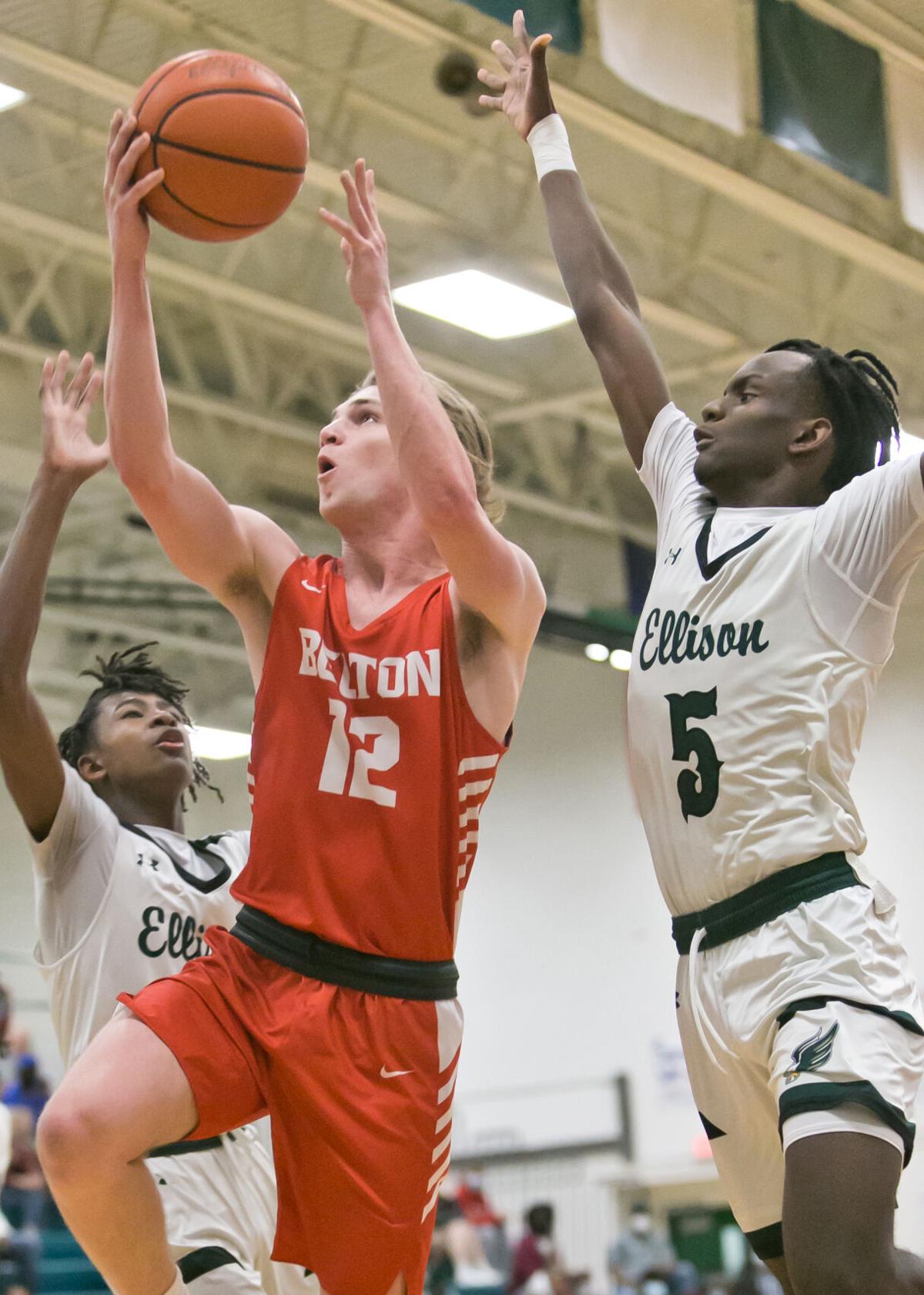 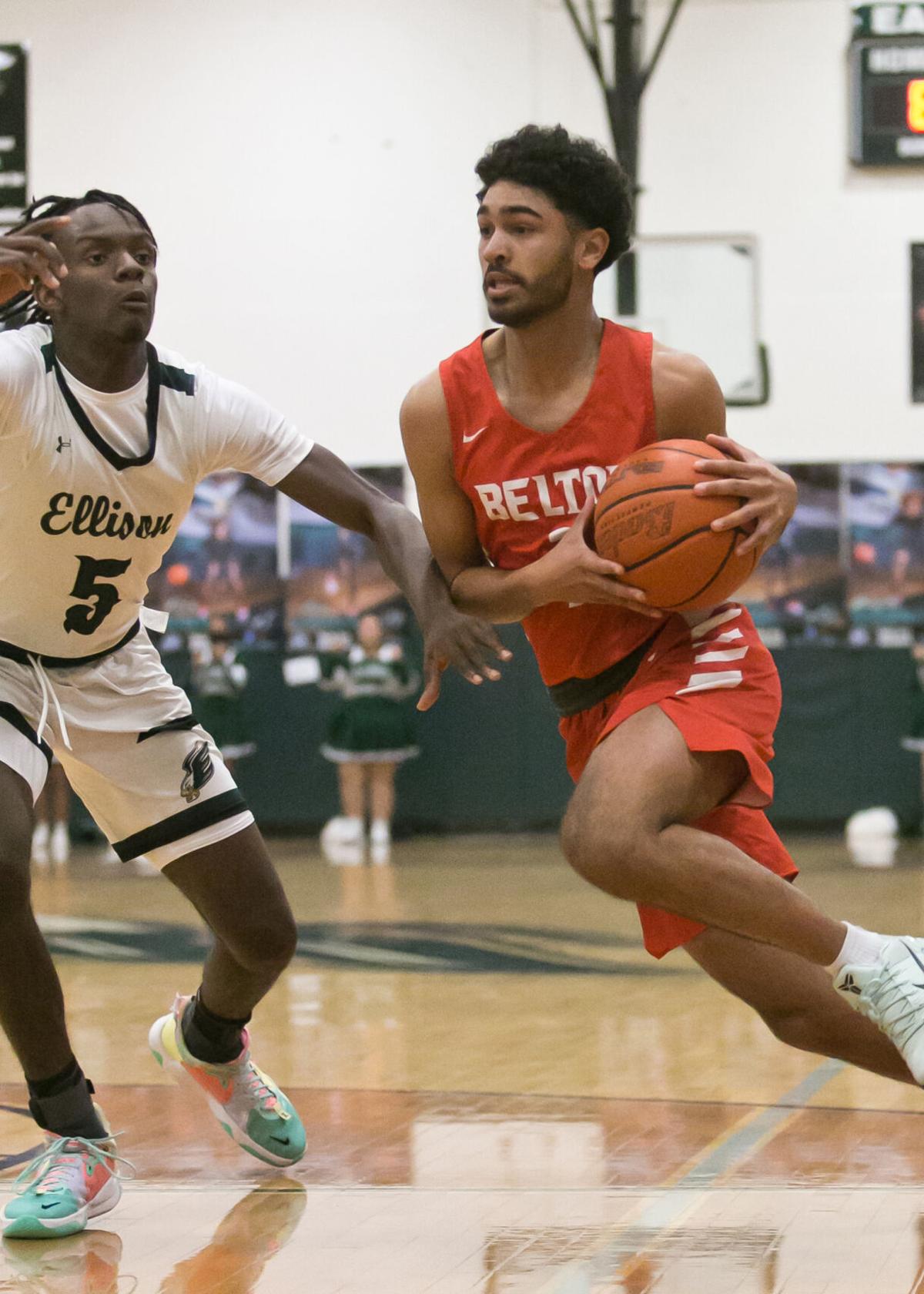 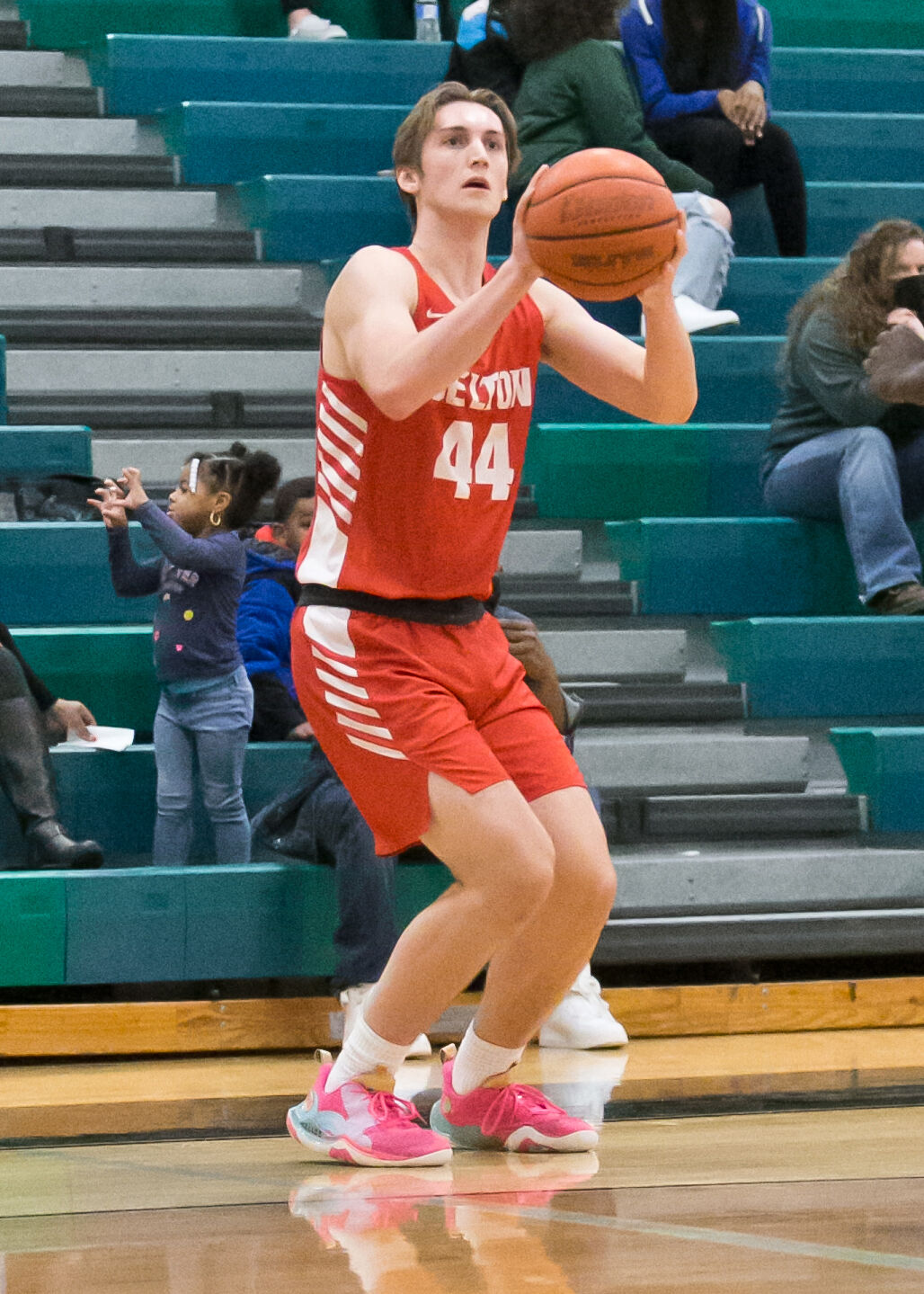 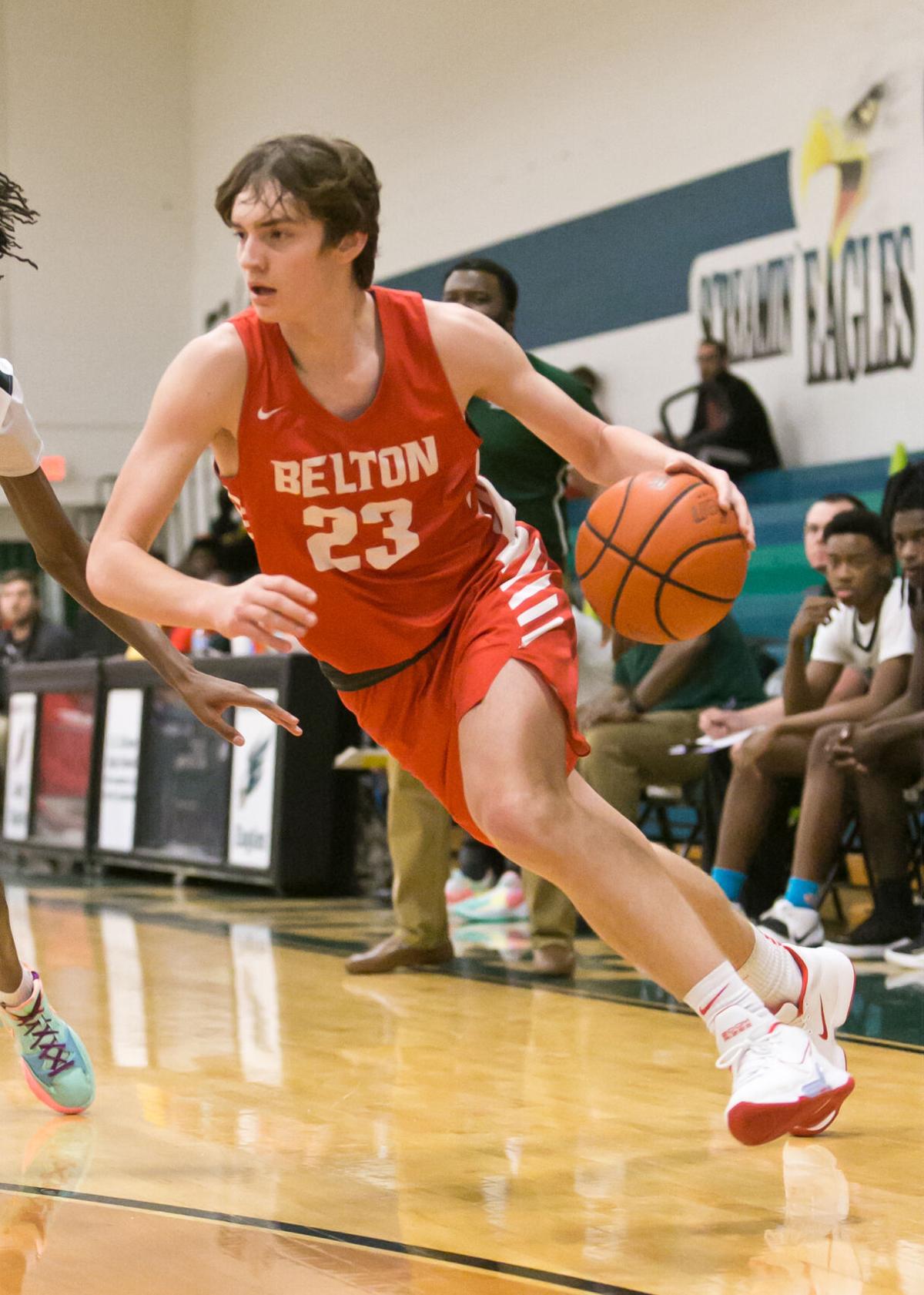 Belton's Trap Johnson (23) drives into the paint against Ellison on Tuesday at Ellison High School. 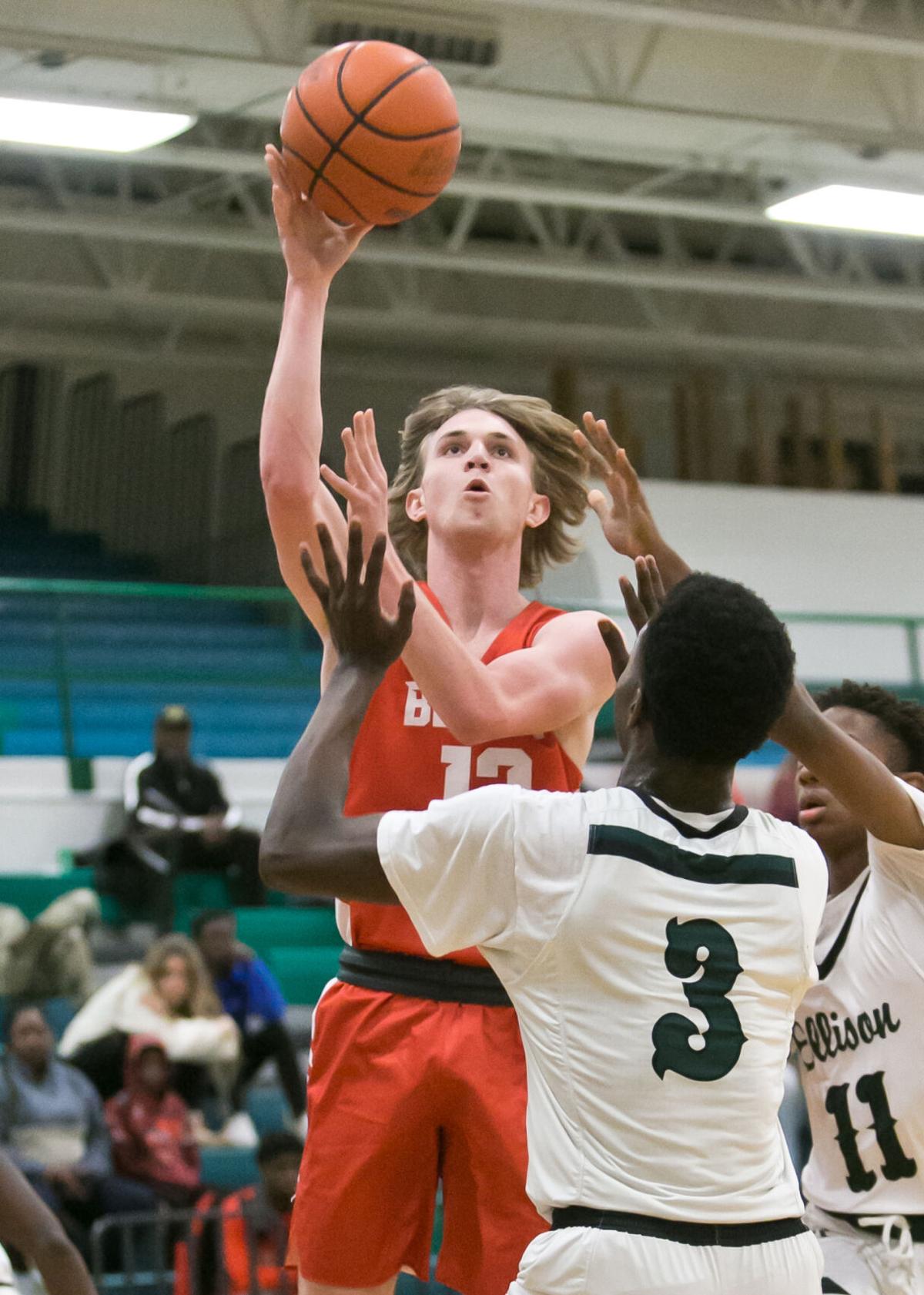 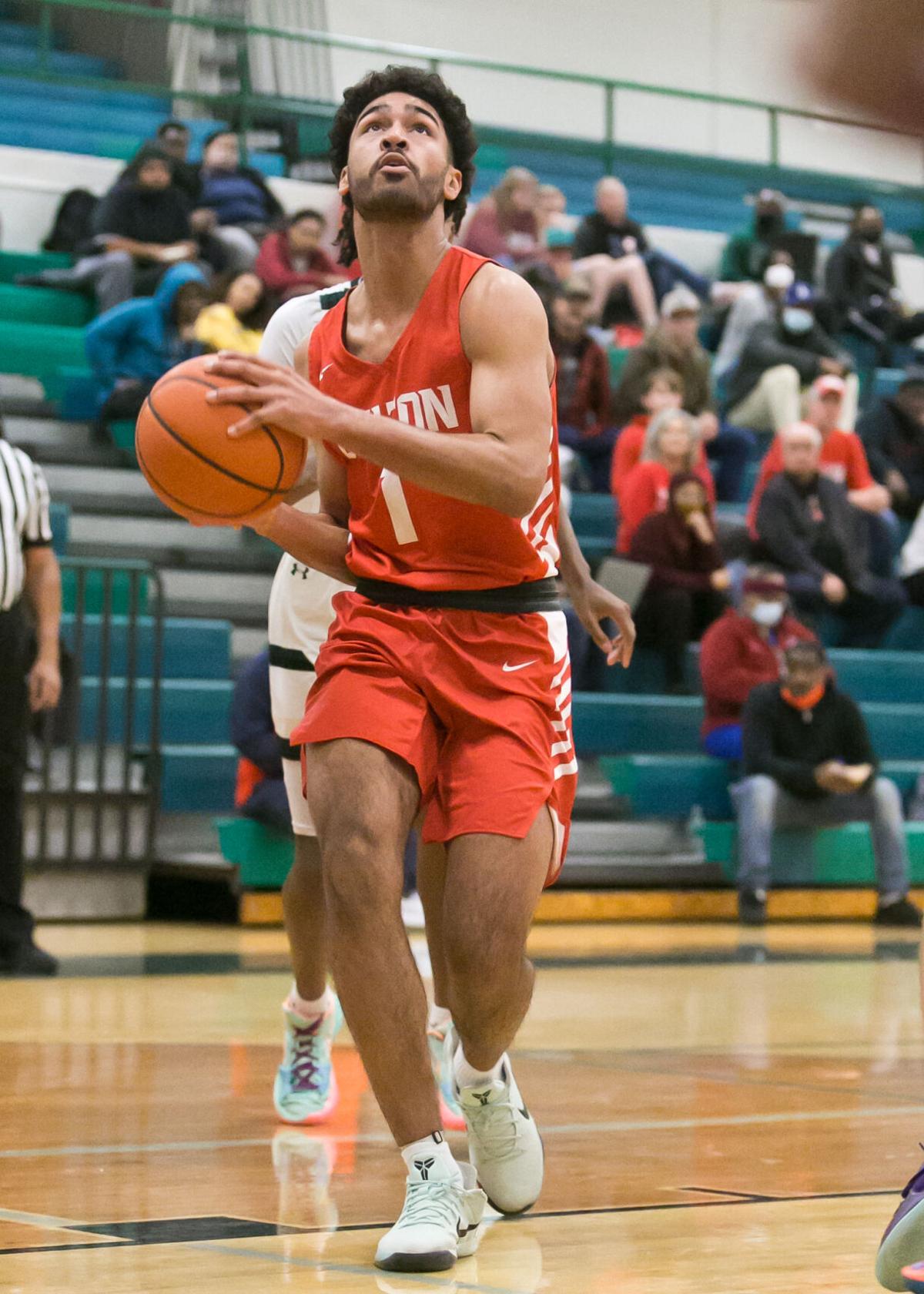 Belton's Trent West (1) looks to score inside against Ellison on Tuesday at Ellison High School. 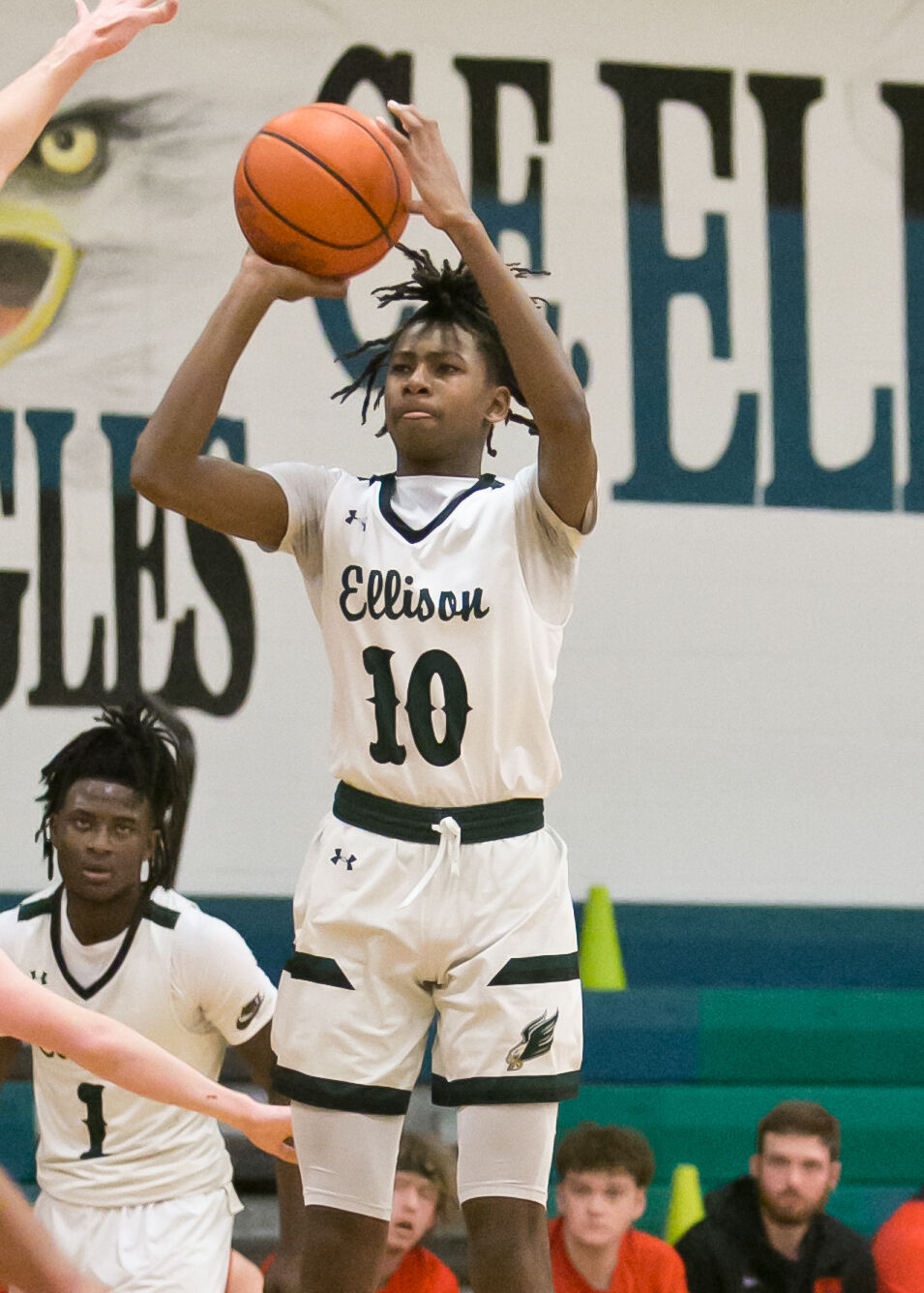 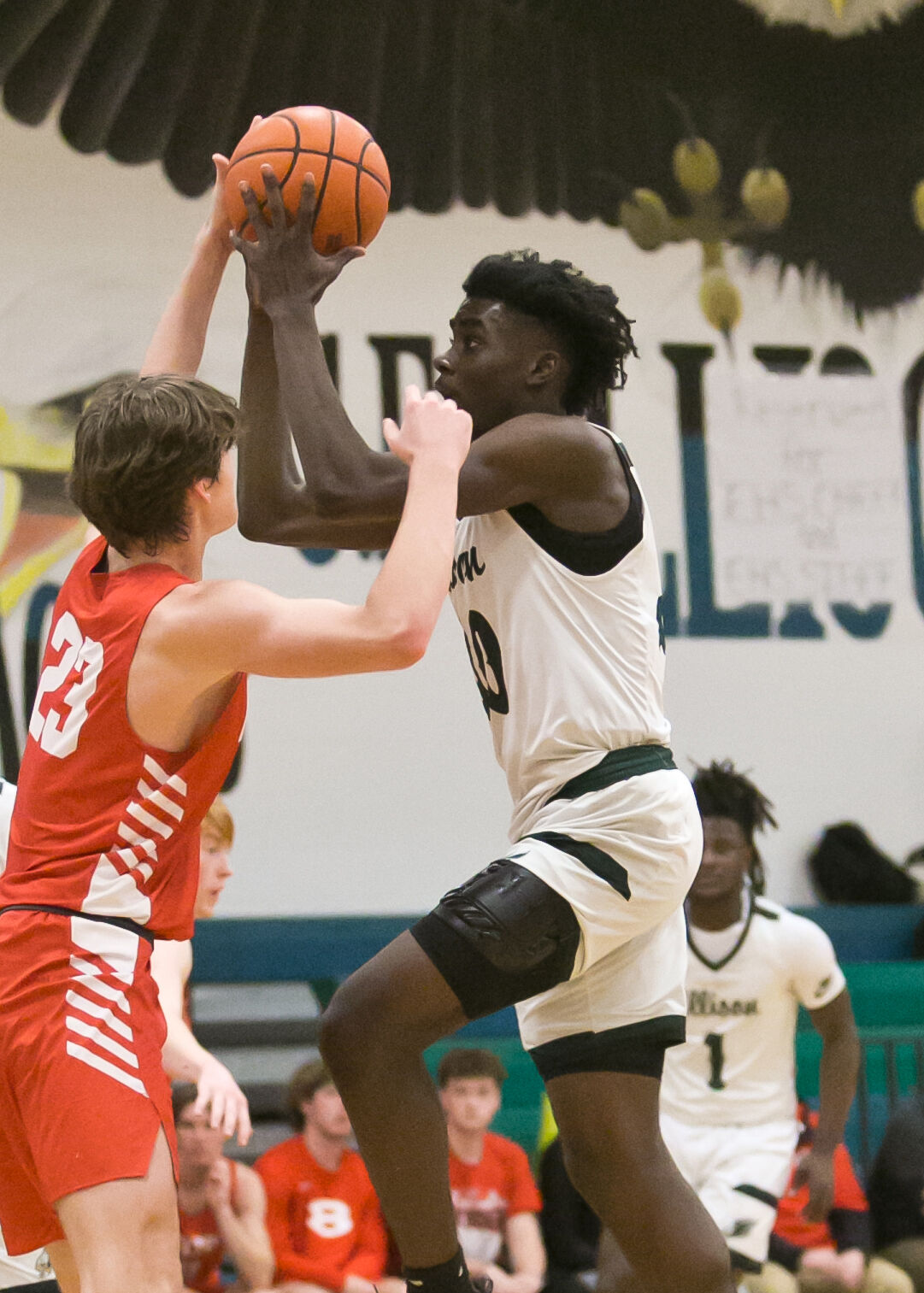 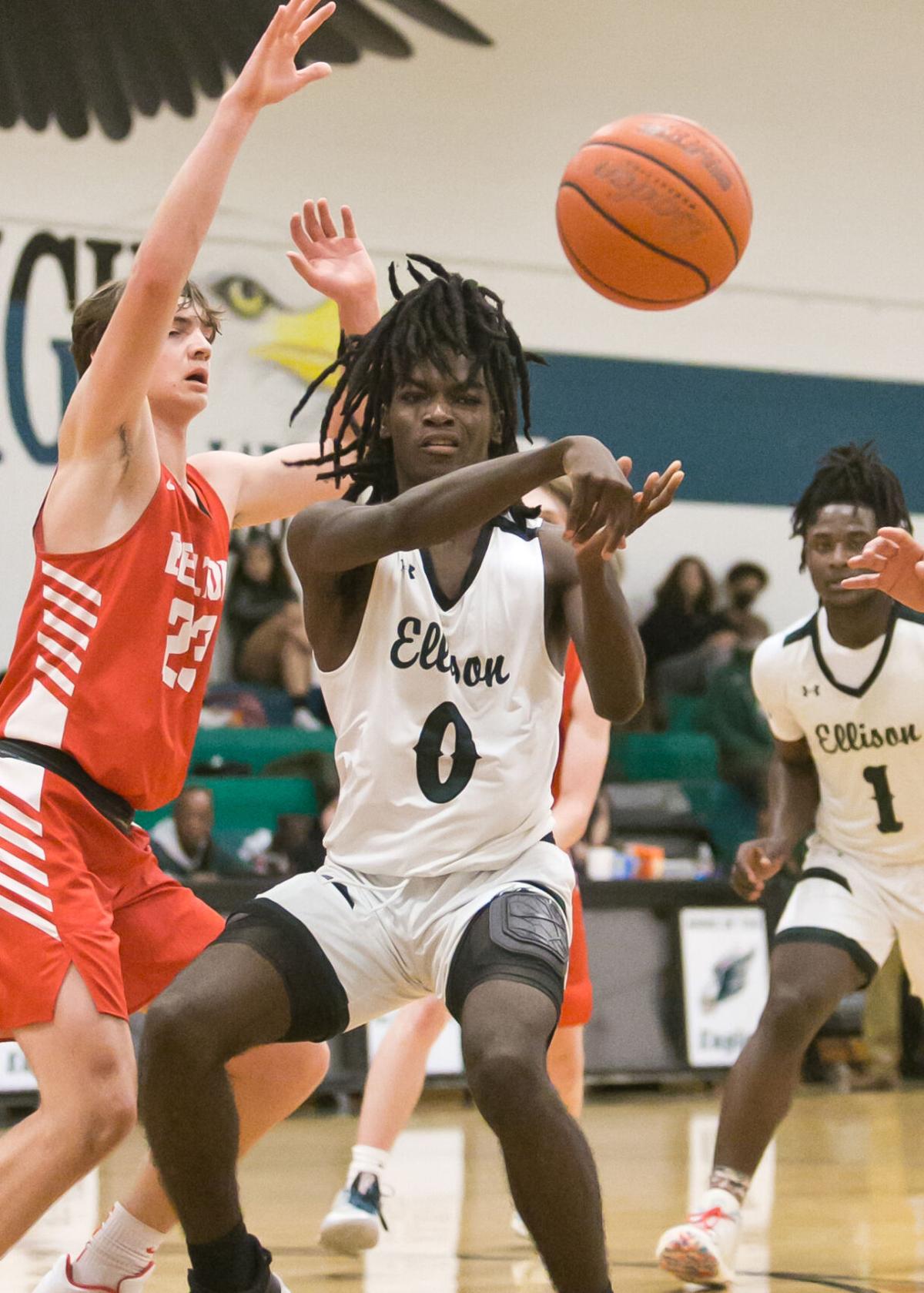 Belton's Trap Johnson (23) drives into the paint against Ellison on Tuesday at Ellison High School.

Belton's Trent West (1) looks to score inside against Ellison on Tuesday at Ellison High School.

Trent West remembers the past, and the memories are not pleasant.

During his four years at Belton, the Tigers have been plagued by one program in particular — Ellison.

Entering this season, the Eagles have dominated the series, winning each of the six previous encounters by double digits. Even last season, when the Tigers returned to the playoffs for the first time in two years, Ellison easily won, claiming the two-game series by a combined score of 140-96.

But now, the streak dating back before any current player was even born is over.

After falling into an early hole, Belton rallied to take a lead into the second quarter and never trailed again, defeating the Eagles 64-50 on Tuesday for the Tigers’ first-ever win against Ellison, which opened in 1978.

Finally, West has a game versus the Eagles he wants to recall.

“This feels really good,” Belton’s starting guard said, “because we used to  come in here and just get destroyed, but we didn’t have the bond that we have now.

“All the kids on our team grew up together, playing basketball together, and it just means a lot to finally beat Ellison.”

Belton (20-4, 3-1 District 12-6A) led the entire second half despite seeing the Eagles pull within a point on two occasions during the third quarter with the last coming at 31-30 midway through the period.

Then, the Tigers took off.

Sparked by senior T.J. Johnson’s 13-point third period, Belton responded with a 21-3 outburst spreading into the fourth quarter, where West, who finished with four rebounds, two assists and two steals, recorded seven of his 16 points.

“At halftime,” Belton head coach Jason Fossett said, “they had taken the momentum away from us, but I was really pleased with the way we reacted and how we closed the third quarter.

“We were just playing really, really well. We weren’t turning the ball over to them, and we didn’t give them layups. We were getting shots on every possession, and good things were happening.”

Johnson finished with a game-high 27 points to go with seven rebounds, while Trap Johnson complemented the outing with 11 points, five assists, four rebounds and two blocks for the Tigers, who were playing without starting forward Bryan Henry.

While the evening concluded with Ellison’s winning streak ending, early on, it appeared it would be extended.

The Eagles, who fell to 1-3 in district, connected on three of their first four field goals en route to the game’s first seven points, and they led 8-2 before Belton recorded eight unanswered points, claiming its first advantage at 10-8 on T.J. Johnson’s jumper.

Moments later, the game was tied 10-10, but Trap Johnson made a 3-pointer to give the Tigers a lead they would not relinquish again.

With the historic victory, Belton rides a wave of momentum into Friday’s game at Bryan, and while it is a good position to be in, Fossett was unsure if it was possible after suffering a 50-47 loss to Temple at home last week.

“We kind of embarrassed ourselves a little bit against Temple,” he said, “and we could have gone one of two different directions. We could have felt sorry for ourselves or we could come back ready to work, and that is what we did.

“I keep telling these guys that if you keep fighting, any team can beat any other team in this district. It is just a matter of who comes ready to play, and that is how it is going to be for the next 10 games.”

Almost all of the district races have begun.