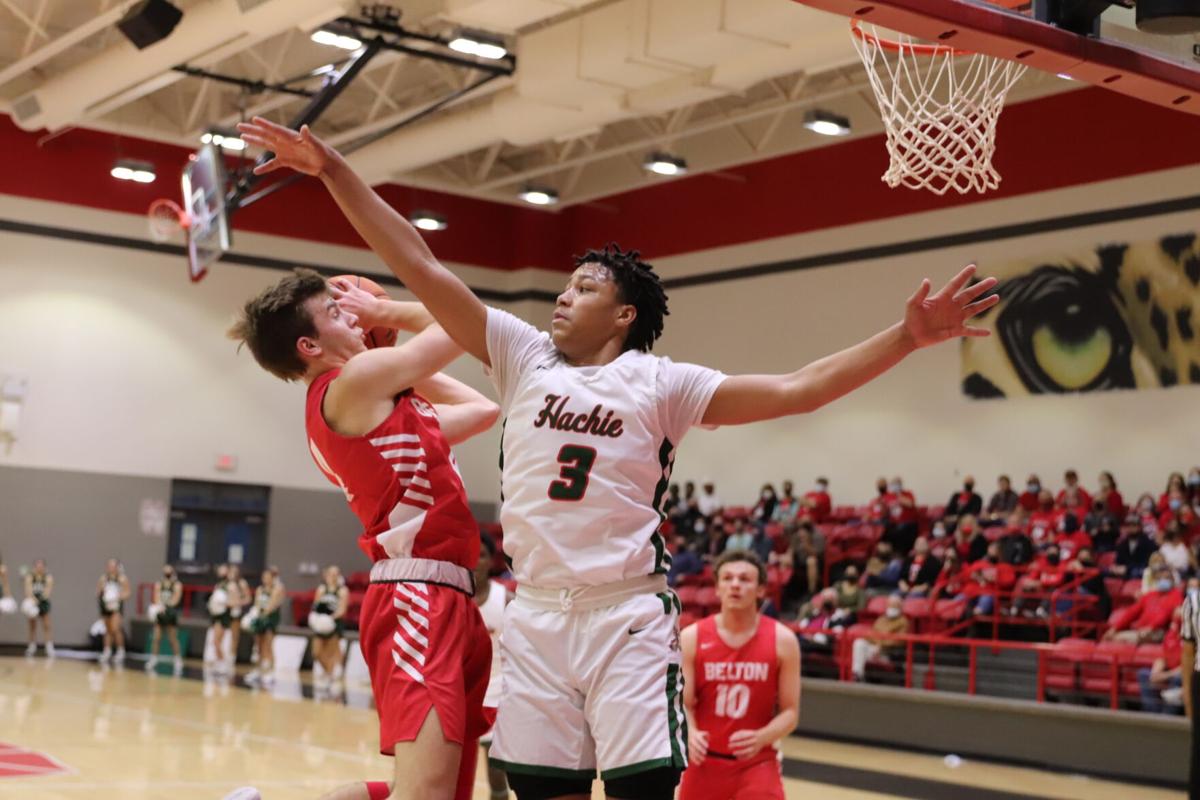 Belton's Luke Bramlett, left, tries to get a shot off over Waxahachie's V'Zarion Roberson on Tuesday in Lorena. 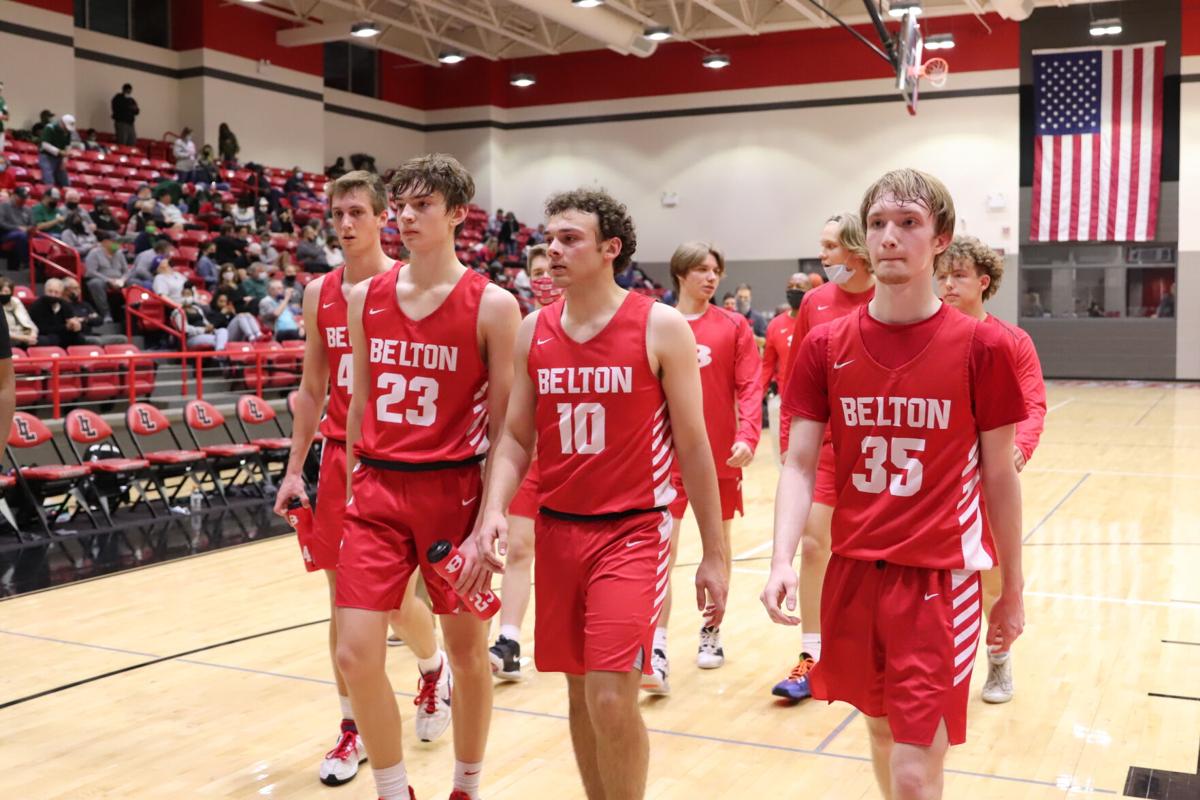 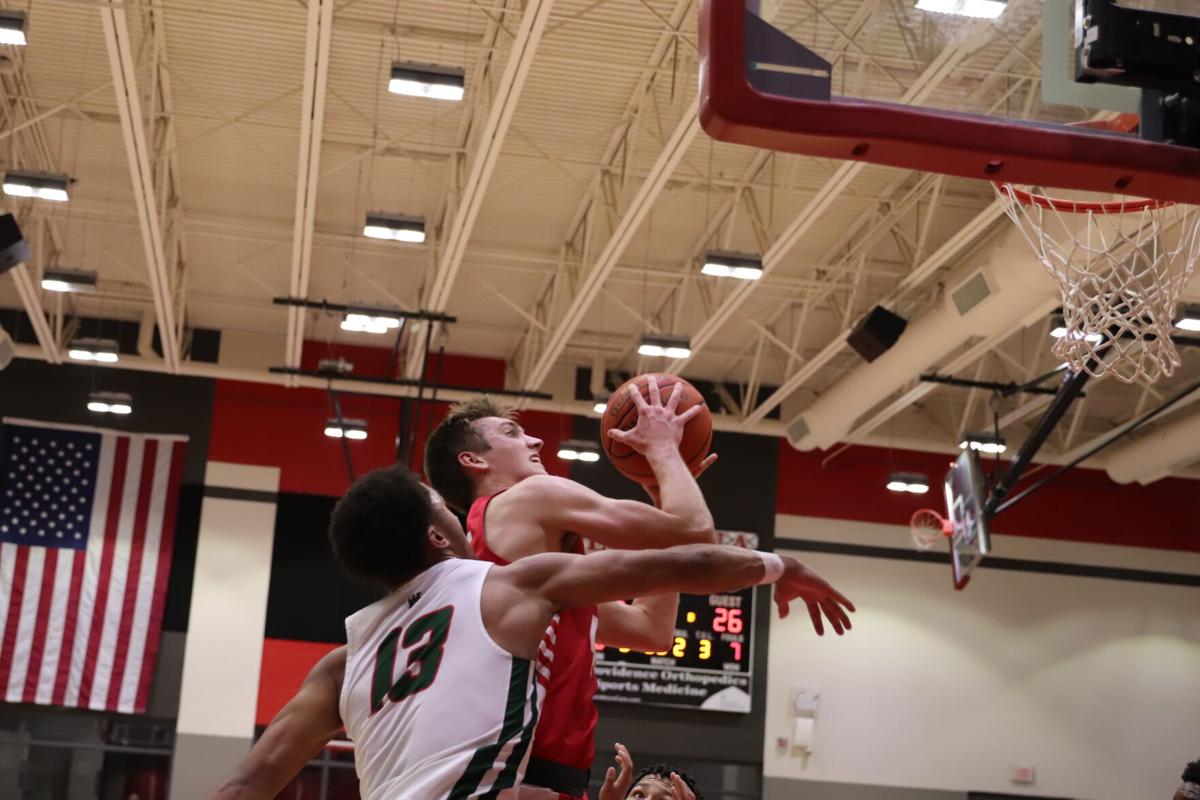 Betlon's T.J. Johnson is fouled on his way to the hoop by Waxahachie's Preston Hodge (13) on Tuesday in Lorena. 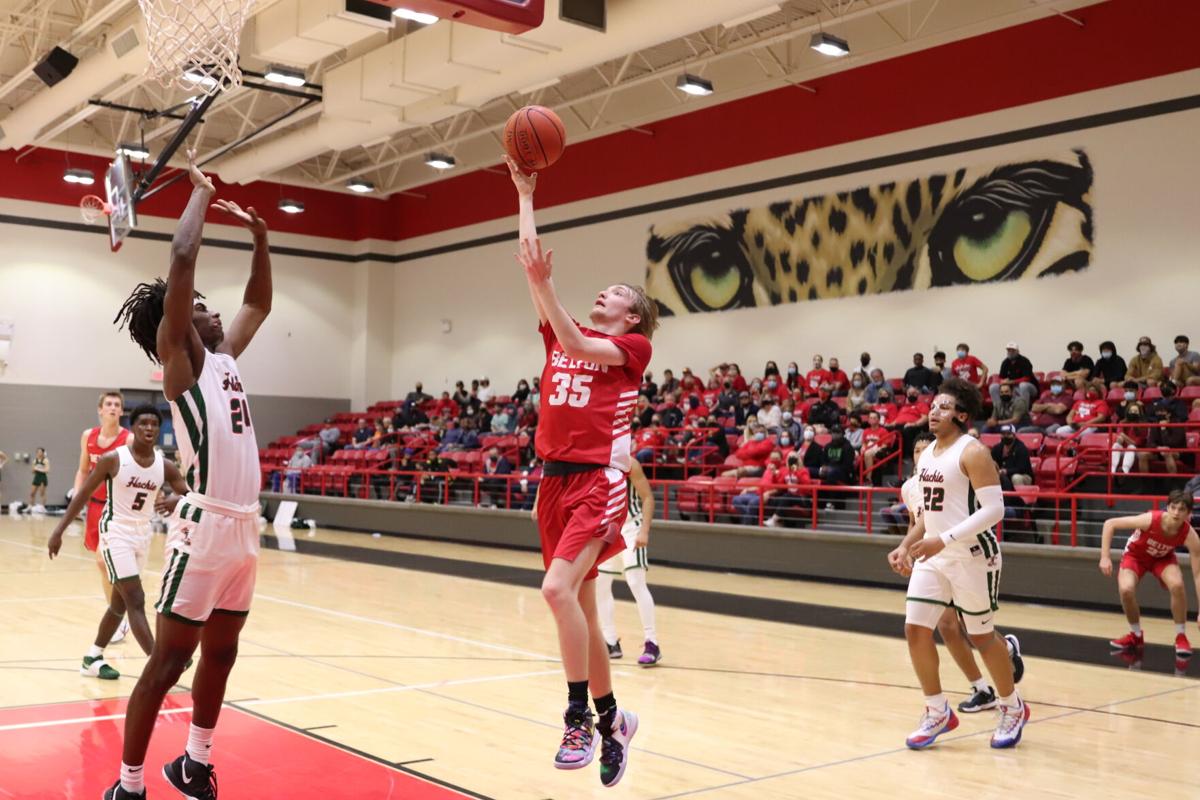 Belton's Kayden Downs (35) puts up a runner from the baseline over Waxahachie's Montez Young on Tuesday in Lorena. 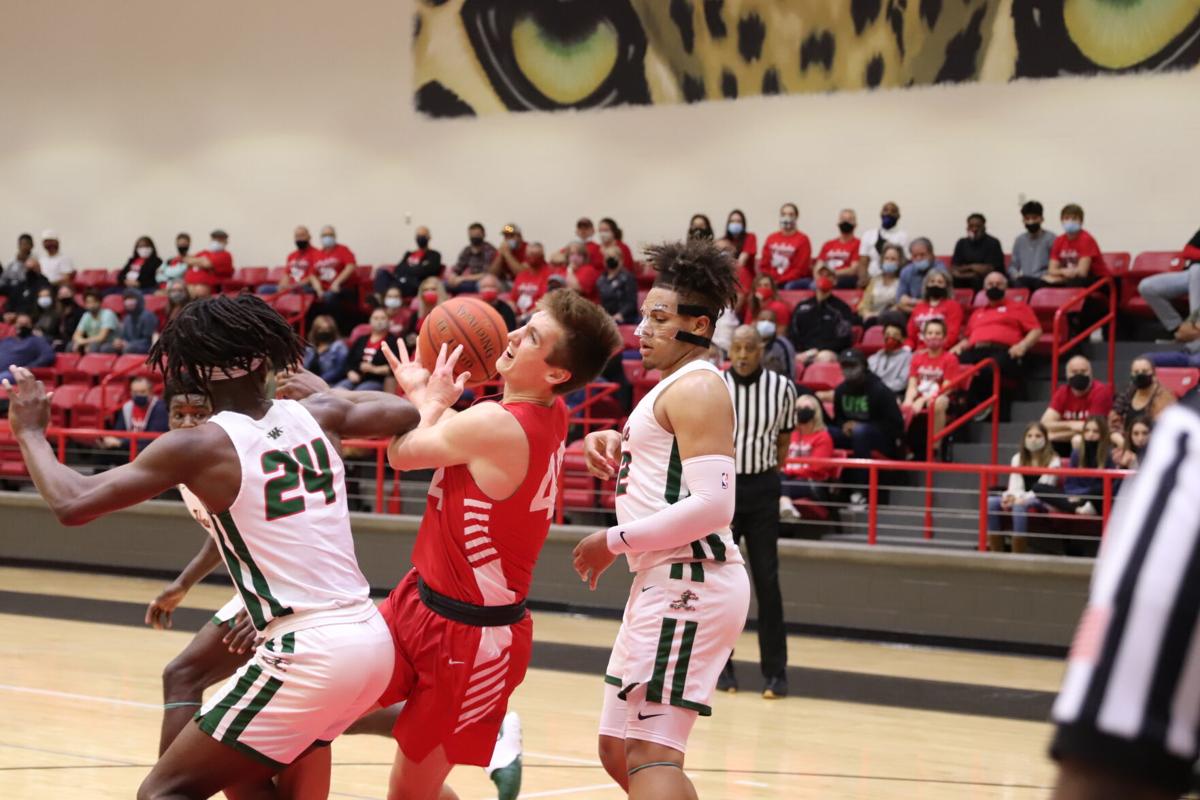 Belton's T.J. Johnson, center, tries to muscle his way inside past Waxahachie's Montez Young (24)and C.J. Noland on Tuesday in Lorena. 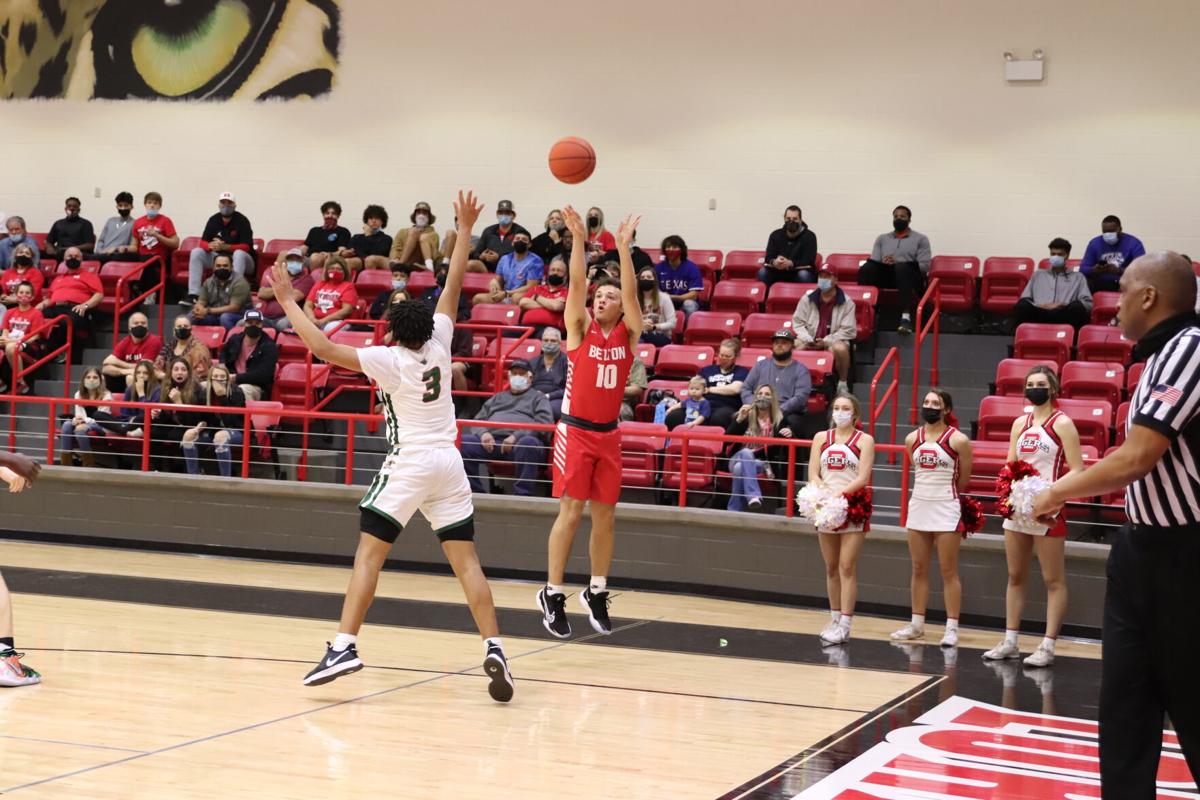 Belton's Ben Jones (10) shoots a 3-pointer from the corner over Waxahachie's V'Zarion Roberson on Tuesday in Lorena.

Belton's Luke Bramlett, left, tries to get a shot off over Waxahachie's V'Zarion Roberson on Tuesday in Lorena.

Betlon's T.J. Johnson is fouled on his way to the hoop by Waxahachie's Preston Hodge (13) on Tuesday in Lorena.

Belton's Kayden Downs (35) puts up a runner from the baseline over Waxahachie's Montez Young on Tuesday in Lorena.

Belton's T.J. Johnson, center, tries to muscle his way inside past Waxahachie's Montez Young (24)and C.J. Noland on Tuesday in Lorena.

Belton's Ben Jones (10) shoots a 3-pointer from the corner over Waxahachie's V'Zarion Roberson on Tuesday in Lorena.

LORENA — Even through red, glossy eyes, Belton seniors Kayden Downs and Ben Jones still could clearly see past the sting of a finished season and appreciate what they accomplished and how they went about it.

The Tigers fell short Tuesday night against Waxahachie, the top-ranked Class 6A team in the state, 99-62 in a bi-district playoff but didn’t go down without swinging, staying true to what had helped Belton reach the postseason for the first time since the 2017-18 season in the first place.

“We never give up. We never, ever give up,” Jones said. “And us seniors, we talk about it all the time. Me and Kayden always say before every game, ‘Fight hard all night.’ And we do it.”

That mindset and a much-needed offensive jolt provided enough resolve for Belton (18-8) to shake off a 12-0 deficit 3 minutes into the contest inside Leopard Gym, get within 19-13 at the end of the opening period thanks to Downs’ banked in 3-pointer at the buzzer and exit for intermission down 47-31 only after a 3 from the Indians’ Prince Banks in the waning seconds of the second quarter.

“No matter how low or high we got, we always tried to keep plugging away and doing what we could do to get better,” Downs said. “We got down 12-0 early and fought back.”

Alas, Waxahachie (17-2), which has had its share of adversity this season and was playing for only the second time since Jan. 26 because of COVID-19 issues within its program, used its plethora of weapons to pull away in the second half.

The Indians led 74-45 after the third quarter and scored their final four points of the game with an emphatic putback slam dunk and a one-handed slam by a pair of reserves who didn’t take the floor until the final few minutes.

“I just knew that they weren’t going to give up just because we went up 12 early in the game. The game was far from over. We kind of throttled down and they got going. They did a great job in the first half. First half was theirs, second half was ours,” said Waxahachie coach Greg Gober, whose team plays Rockwall in the area round. “But I feel good about what they did and the kids that got to do it. I was proud of a bunch of guys that don’t always get to play. They came in and did some great things. We have a lot of work to do, a lot of rust, but at least we’re working at it.”

Belton’s TJ Johnson, a junior and the Tigers’ leading scorer throughout the season, posted 21 points. Downs had 19 and Jones 13. Belton shot 22-of-51 from the field and 9-of-15 at the free throw line.

Banks had 21 points to pace the Indians — who made 15 3s to Belton’s nine — before exiting the game with 1:35 remaining in the third because of a cut on the right side of his head. CJ Noland added 18 points, Montez Young had 14 and V’Zarion Roberson chipped in 12 for Waxahachie, which got at least two points from 12 players and made 36 of 70 shots from the field and 10 of 11 at the free throw line.

“Those guys are really, really good. When you have second- and third-string guys and they’re hanging on the rim and dunking the ball, they’re number one for a reason,” Belton head coach Jason Fossett said.

“I’m just proud of the way our kids competed and kept fighting and didn’t roll over and die on us.”

Belton’s first points were from Johnson at the 4:37 mark of the first quarter. Jones followed with a 3 to make it 12-5, and after a layup from Banks, senior Luke Bramlett’s layup brought Belton within 14-7. Jones then drained another 3 to get it to 14-10 with 1:20 left in the first. Downs’ buzzer-beater stopped a brief 5-0 spurt by Waxahachie.

The Tigers trailed by 17 midway through the second quarter but were within 37-26 after a Johnson 3-pointer with 2 minutes left to halftime. However, the Indians outscored Belton 10-5 from that point to lead by 16 at the break.

“We just wanted to come out and do what we’ve been doing all year, and if it’s not good enough, it’s not good enough. But we were going to play and compete and lay it on the line whether we were up 20 or down 20 just like we’ve been,” Fossett said. “This is a great group of kids. They just enjoy playing and they are high-IQ basketball kids who just want to play.”

After a first half of the district season in which the Belton Tigers at one point had the lone lead in District 12-6A, they entered Friday nig…