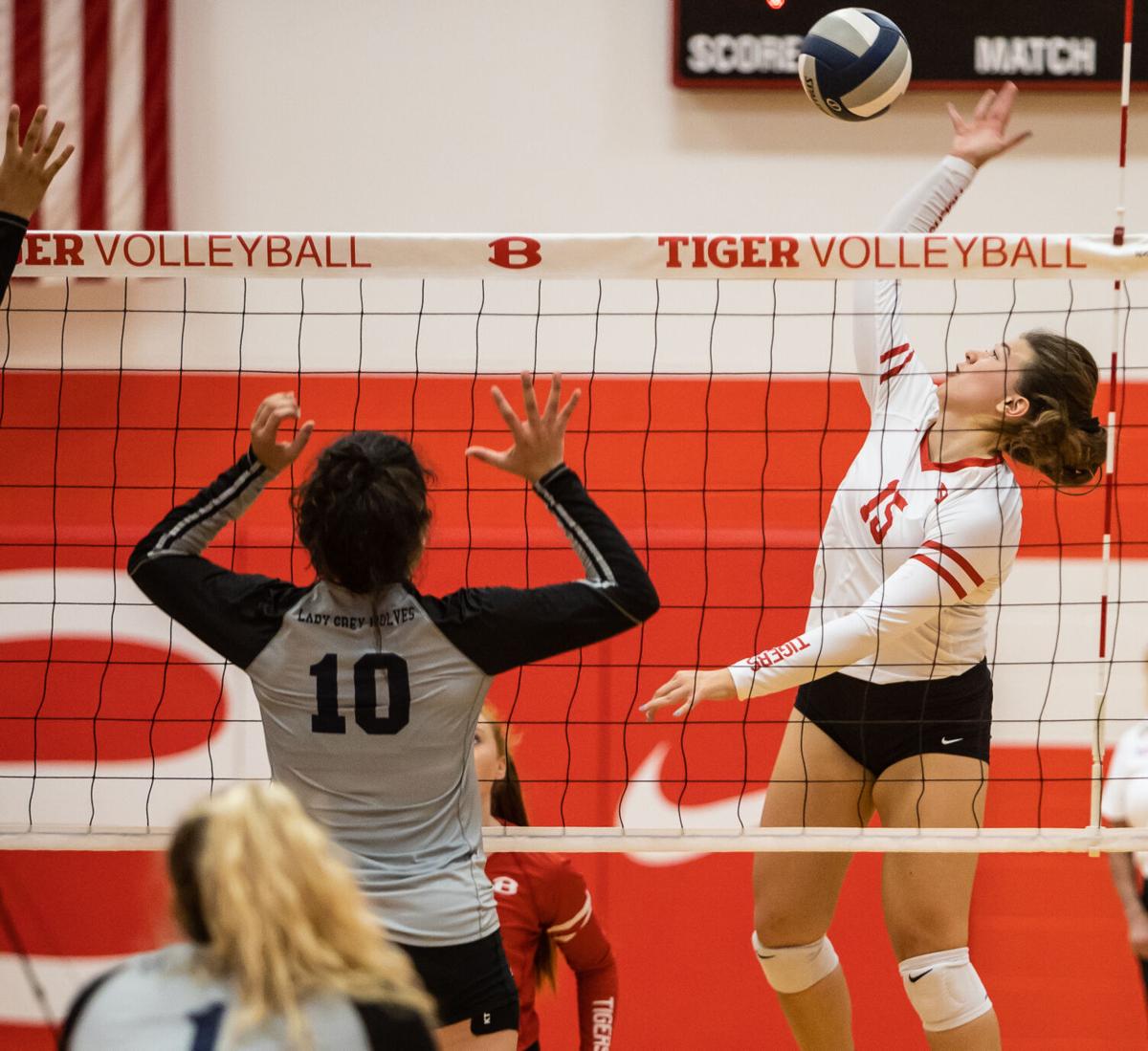 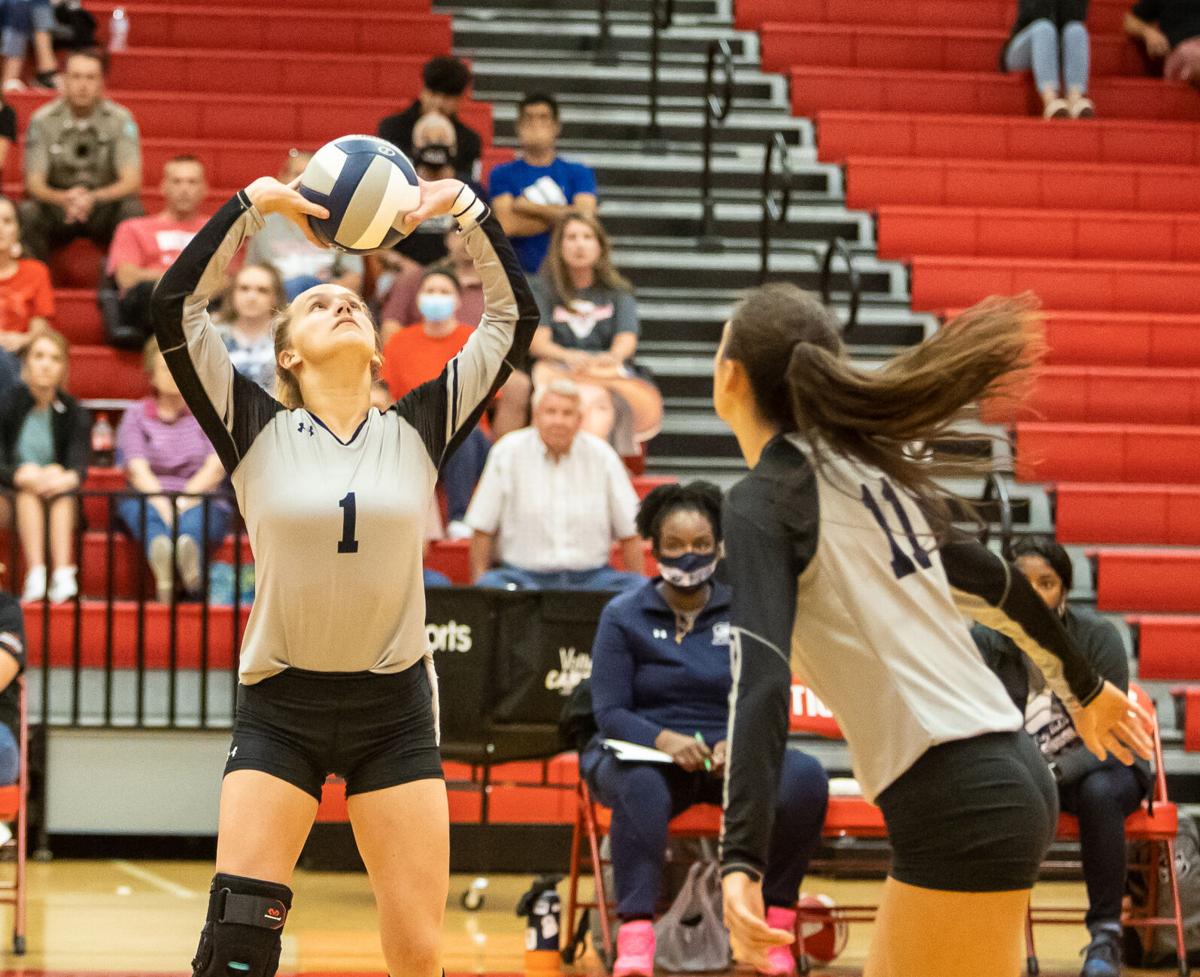 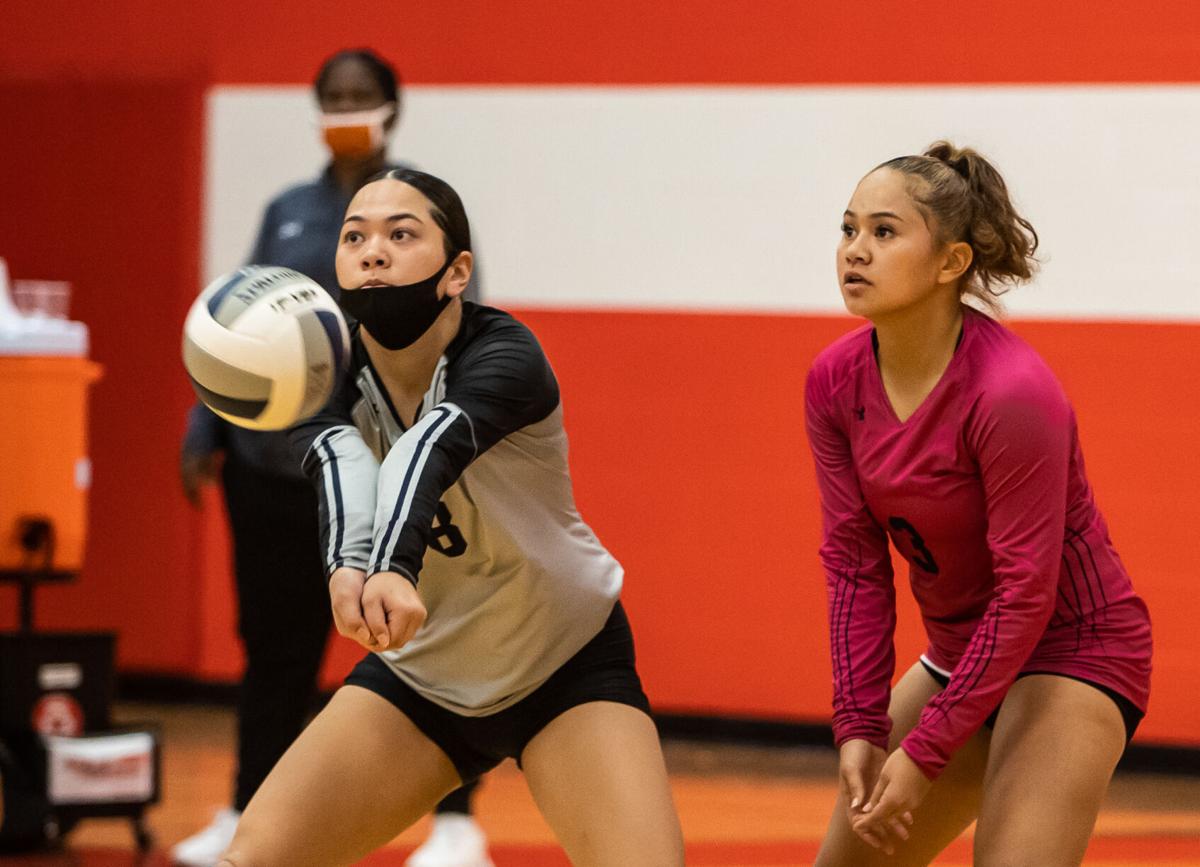 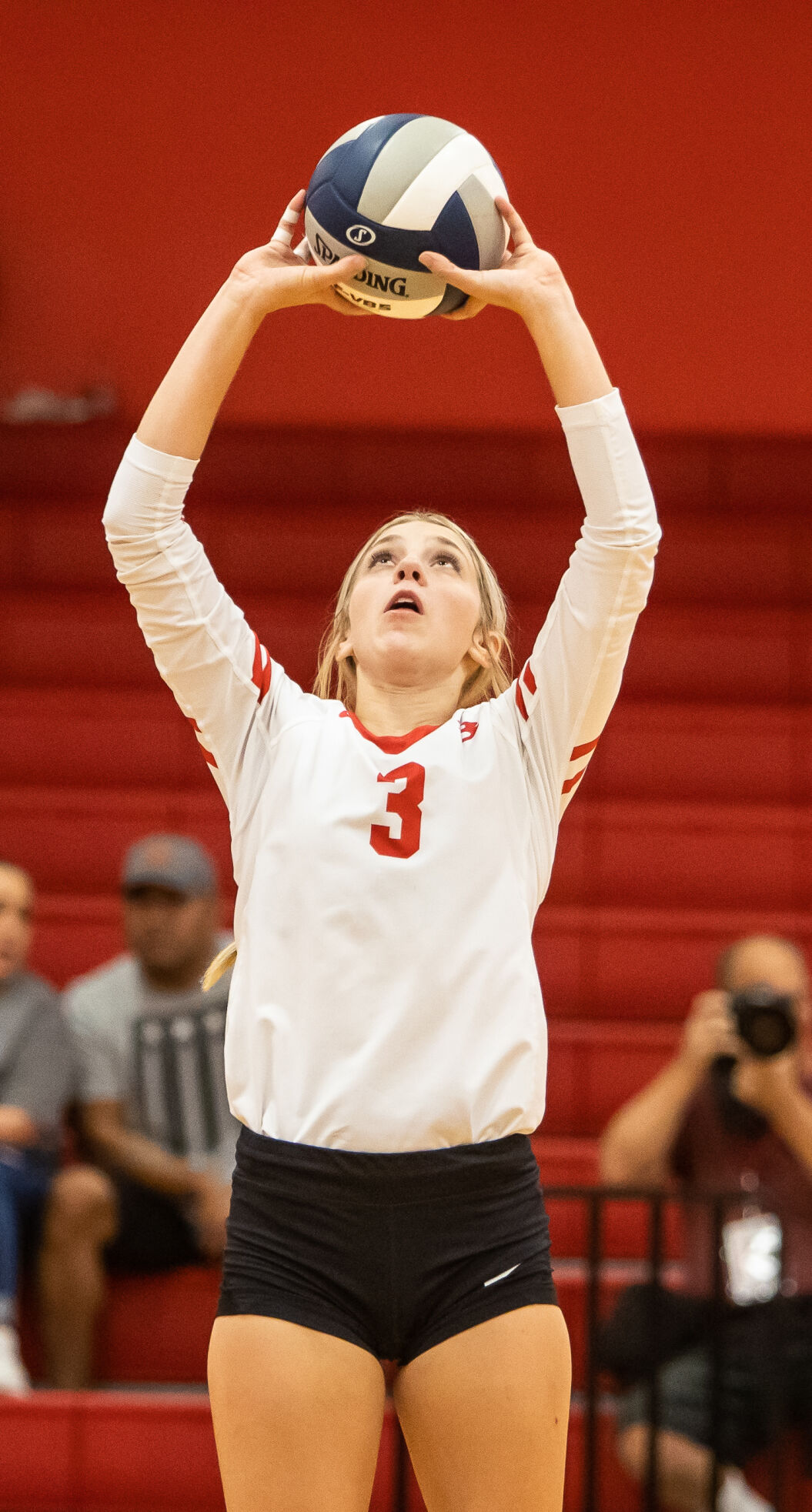 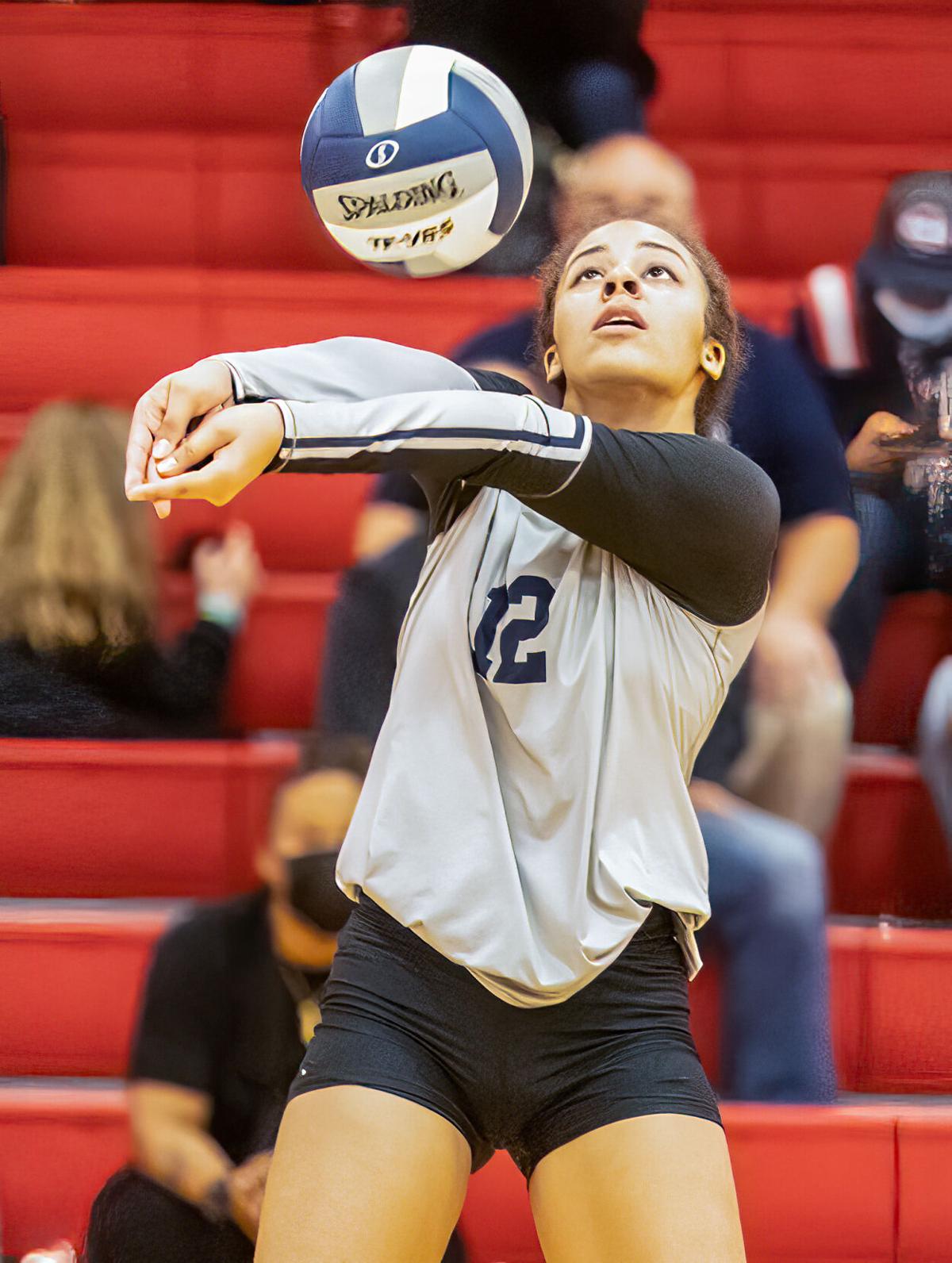 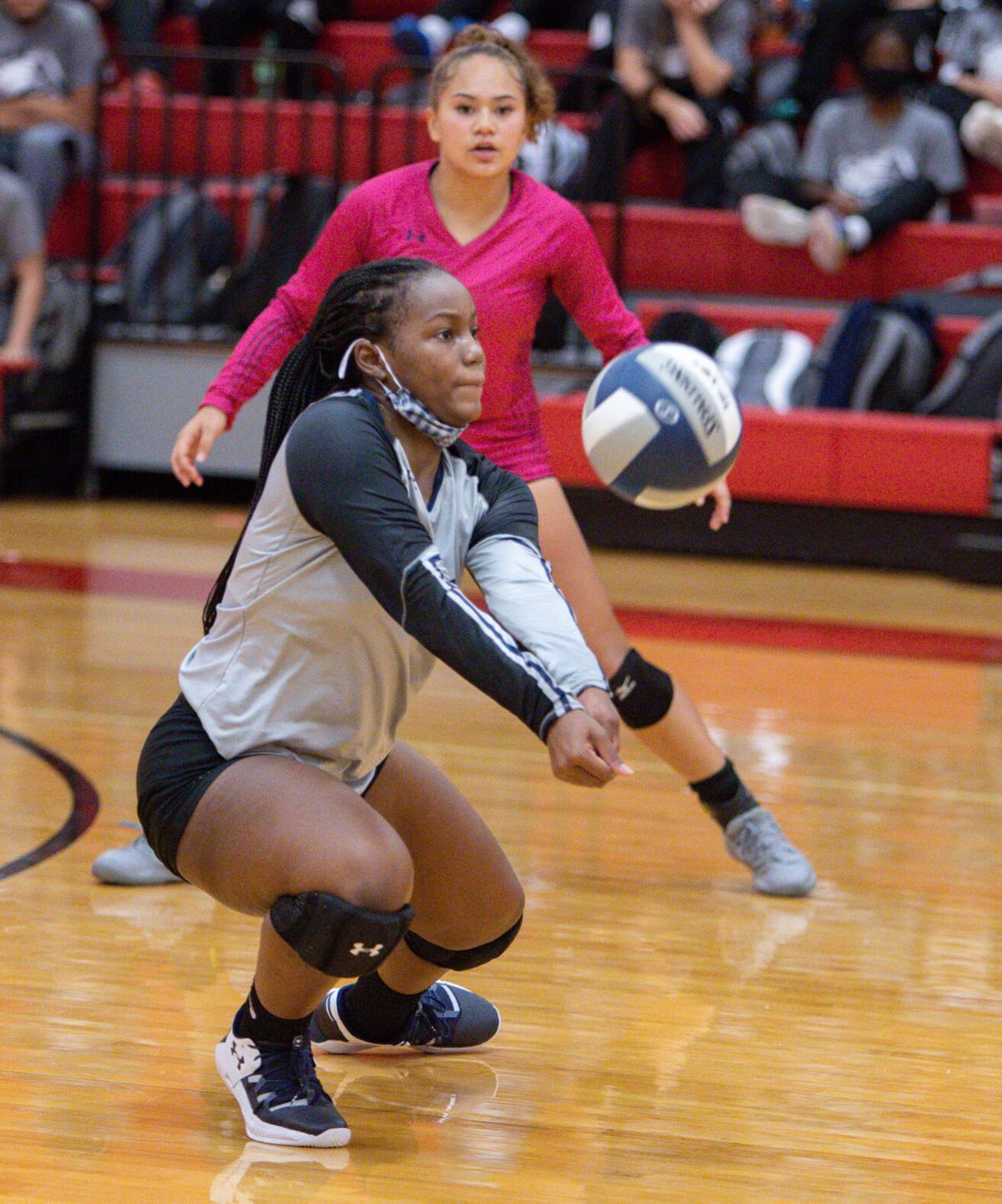 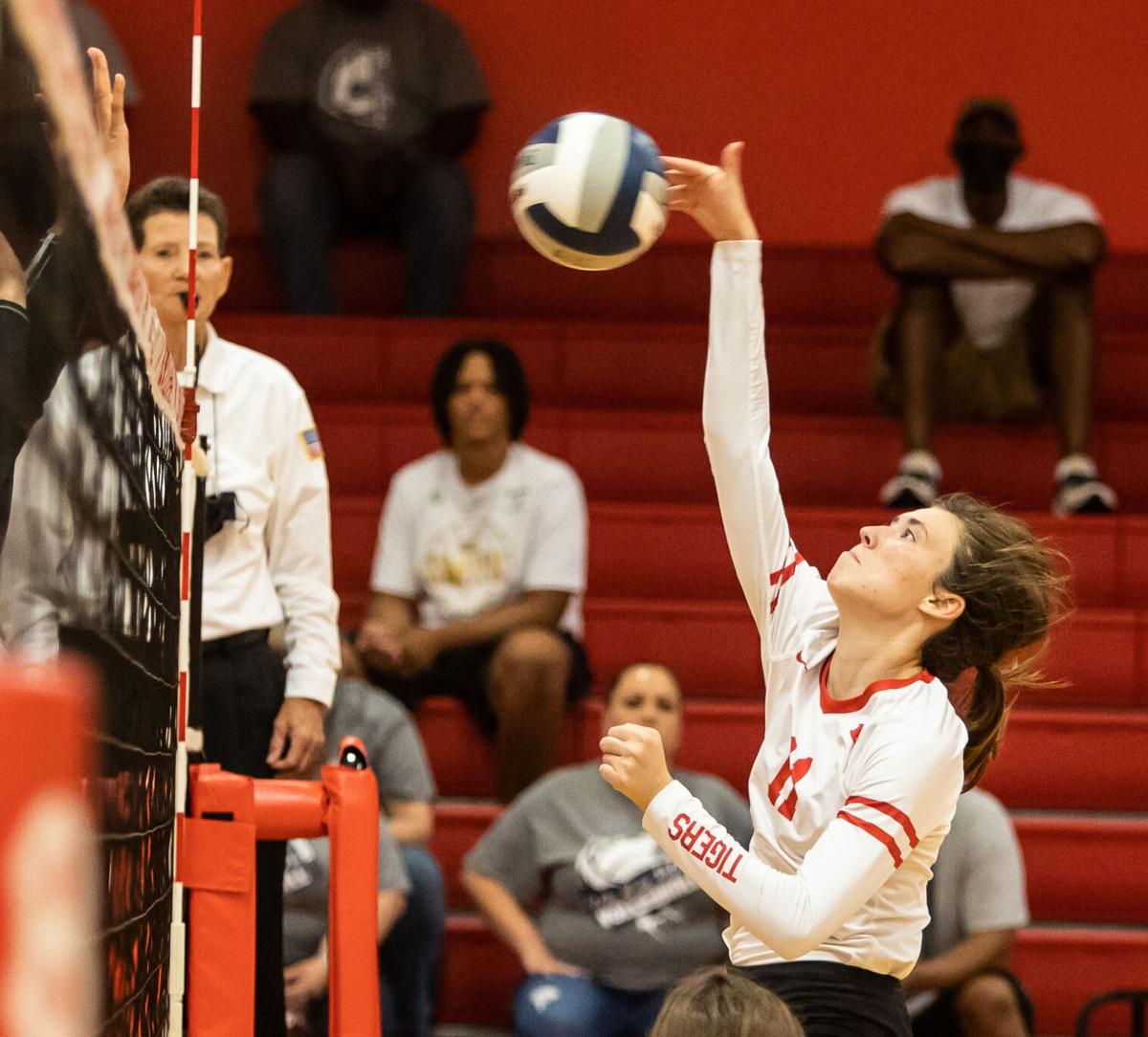 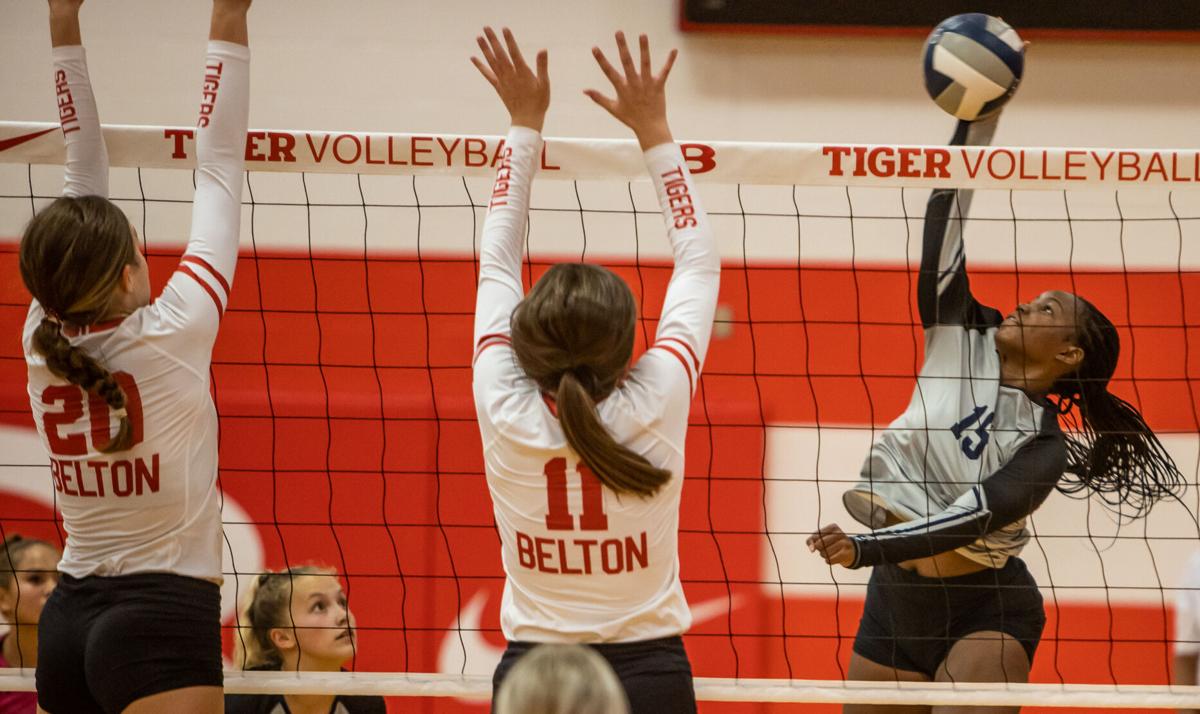 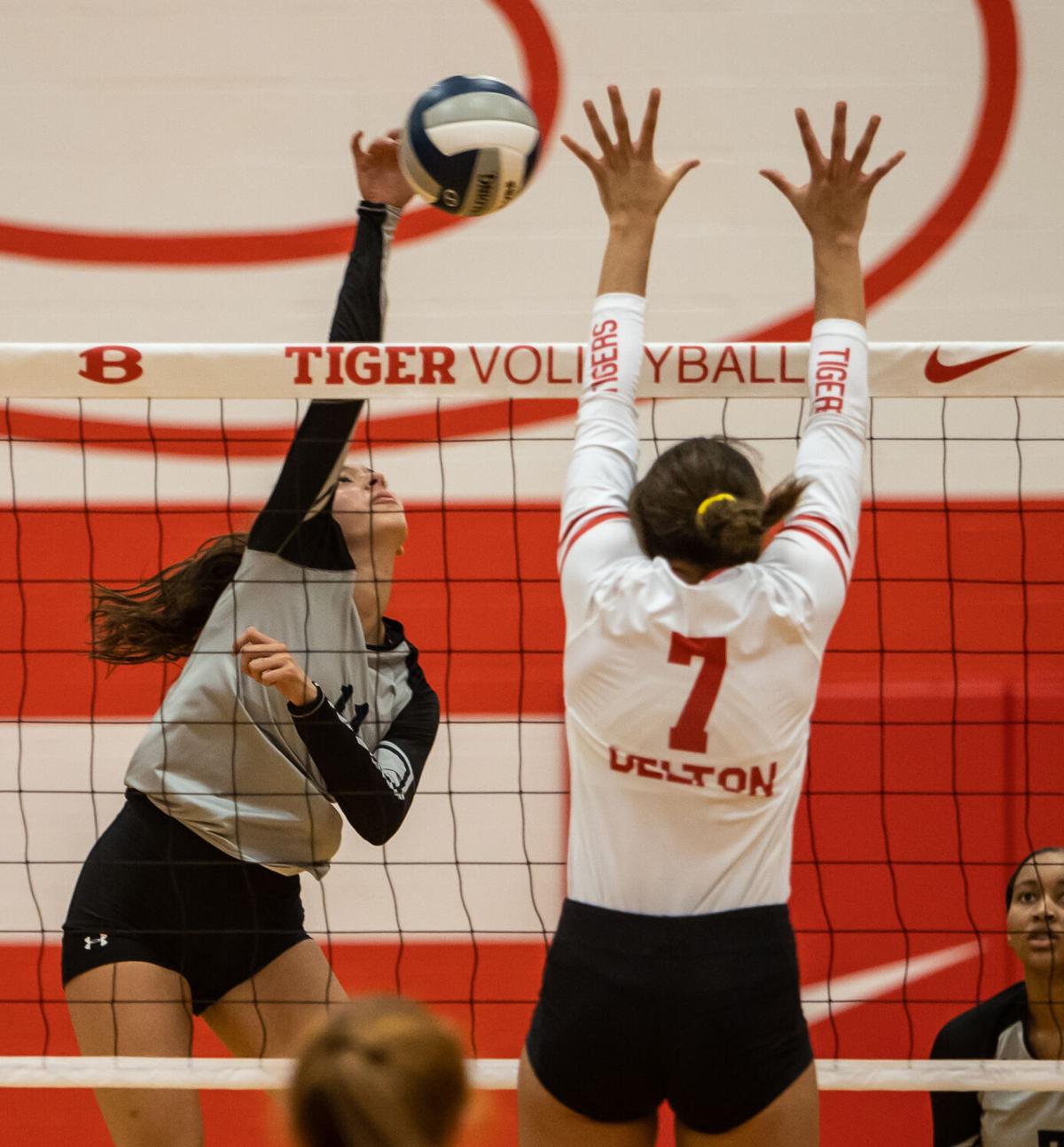 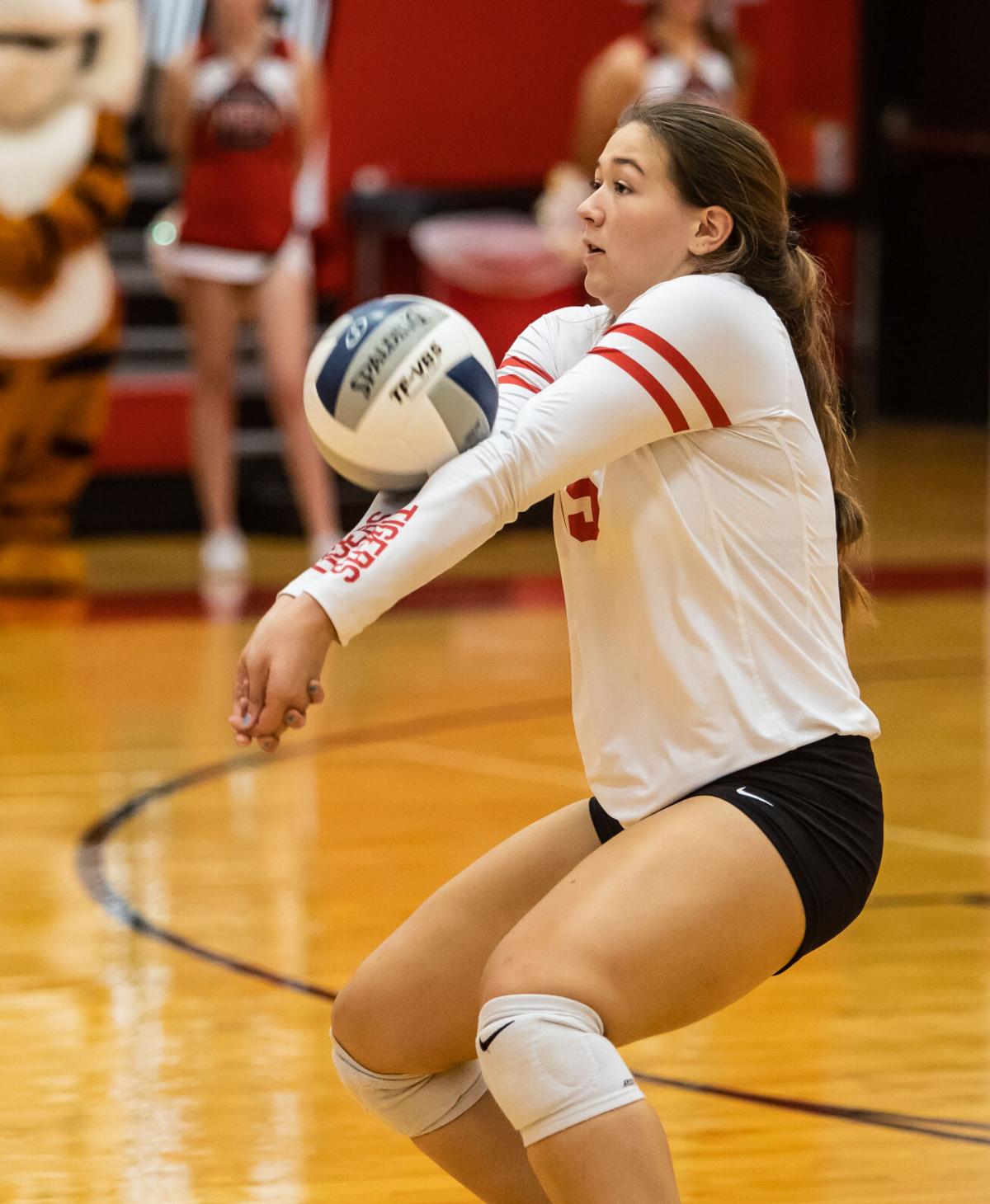 BELTON — Kylie Blomquist believes everything happens for a reason.

During nondistrict competition, Belton struggled to find consistency, losing seven of its first nine matches en route to a 4-11 record. Along the way, the Lady Tigers suffered through a pair of four-match losing skids.

Belton won five of its next six matches before opening District 12-6A play with a trio of victories, including sweeping Shoemaker on Friday, and while the success is exciting, the Lady Tigers’ setter feels it would not be possible without the pain.

“It was necessary to go through those peaks and valleys,” Blomquist said. “That is how we were able to find our groove and mesh together as a team, and right now, it is showing.

The chemistry was evident against the Lady Grey Wolves as Belton never trailed by more than two points before earning a 25-15, 25-18, 25-18 victory to join Bryan and Copperas Cove as the district’s only remaining unbeaten programs.

Although every win is important to the Lady Tigers, who are attempting to return to the playoffs after a year absence, emerging with its first straight-set victory in district is especially significant, according to Belton head coach Krystal Yerigan.

“Shoemaker is relentless,” she said, “and they really do work hard every point, so we had to keep momentum on our side and focus on what we need to do.

“So, sweeping them is something to be super proud of, and after playing some tough matches, it should help up push forward and want to experience it again.”

Shoemaker posted the match’s first two points and held a 3-1 advantage before the Lady Tigers embarked on a 13-3 outburst to take control. The lead swelled to 11 points, 22-11, but the Lady Grey Wolves posted four unanswered points, including sophomore Trinity Cutbirth’s ace, to trim the deficit to seven points.

They would not get any closer, though.

Then, in the second set, Cutbirth’s assist to teammate Alahna Daniels provided a 6-5 lead for Shoemaker, but it proved to be their final cushion of the contest.

“The toughest part about the game of volleyball is once you start digging a hole,” Lady Wolves head coach Merdith Shaw-Moore said, “being able to stop. We could see the light at the end of the tunnel at times, but when you think you’re getting out, you’re actually falling deeper in.

“We just have to learn to stick to our guns, stick with what we are doing and keep grinding.”

Thanks to a kill from junior Shamia Grandison, Shoemaker (17-12, 0-3) pulled within four points at 22-18, but it was their final point of the set, and the Lady Tigers were never threatened in the third set, immediately constructing a 14-6 lead.

Blomquist, who served up four aces, finished with a game-high 13 assists, helping teammate Makaelyn Perez accumulate 13 kills. Perez also had 11 digs, and the performance was complemented by junior libero Paige Champlin and senior Emily Revis, who had 10 digs apiece.

Now, Belton turns its attention toward beginning district with four victories for the first time since starting the 2019 season with six straight wins, traveling to Temple on Tuesday for its first road match of the district schedule.

While winning will not be easy, Blomquist believes the blueprint for success is.

“The key really is to just stay in our current mindset,” she said. “We have to keep coming to practice early, keep accomplishing all the little things we need to get done and making sure we are into what we are doing every day.”

BELTON —The Belton Lady Tigers weren’t always in sync on Tuesday night against the 2020 District 12-6A volleyball champs.