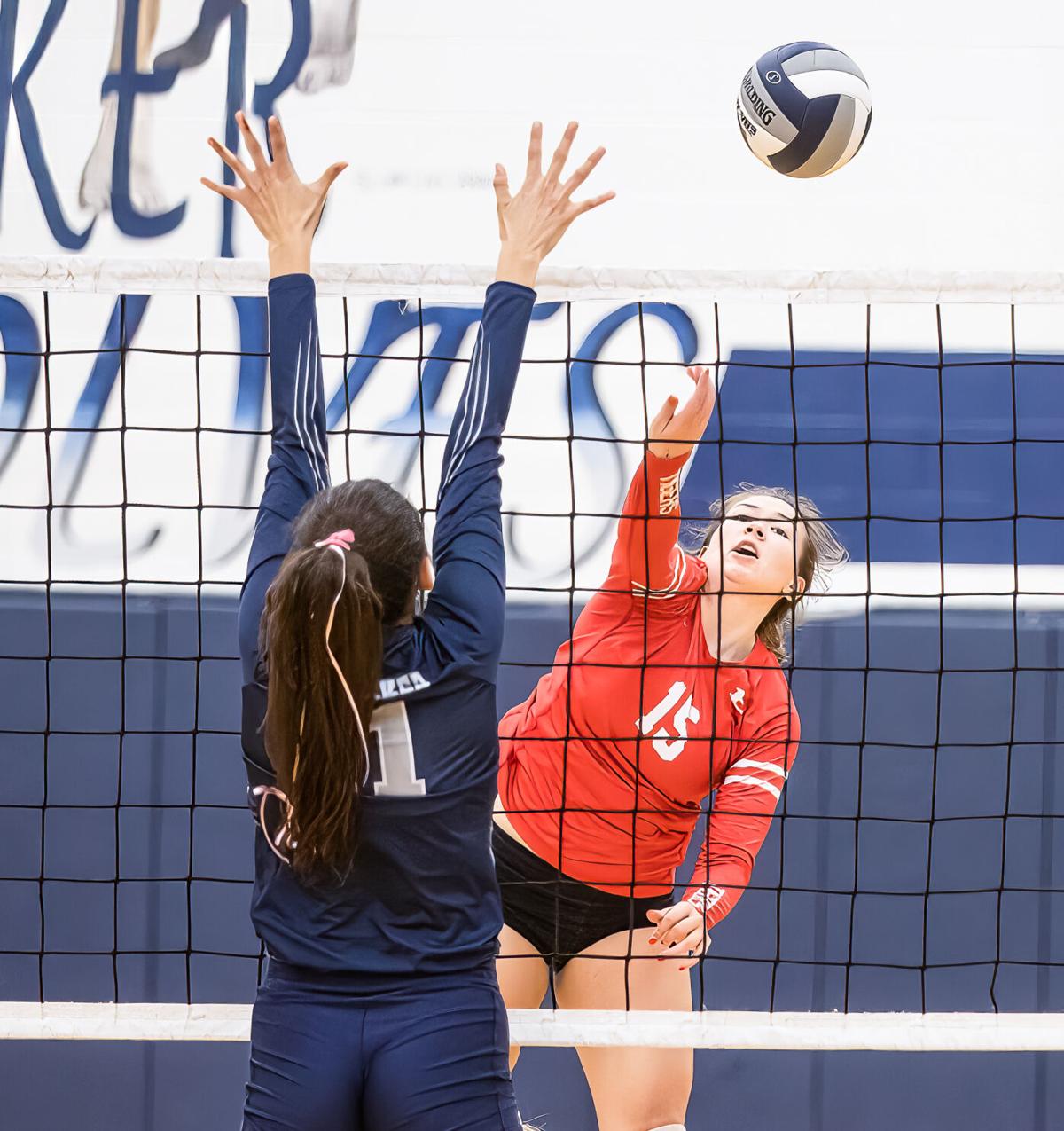 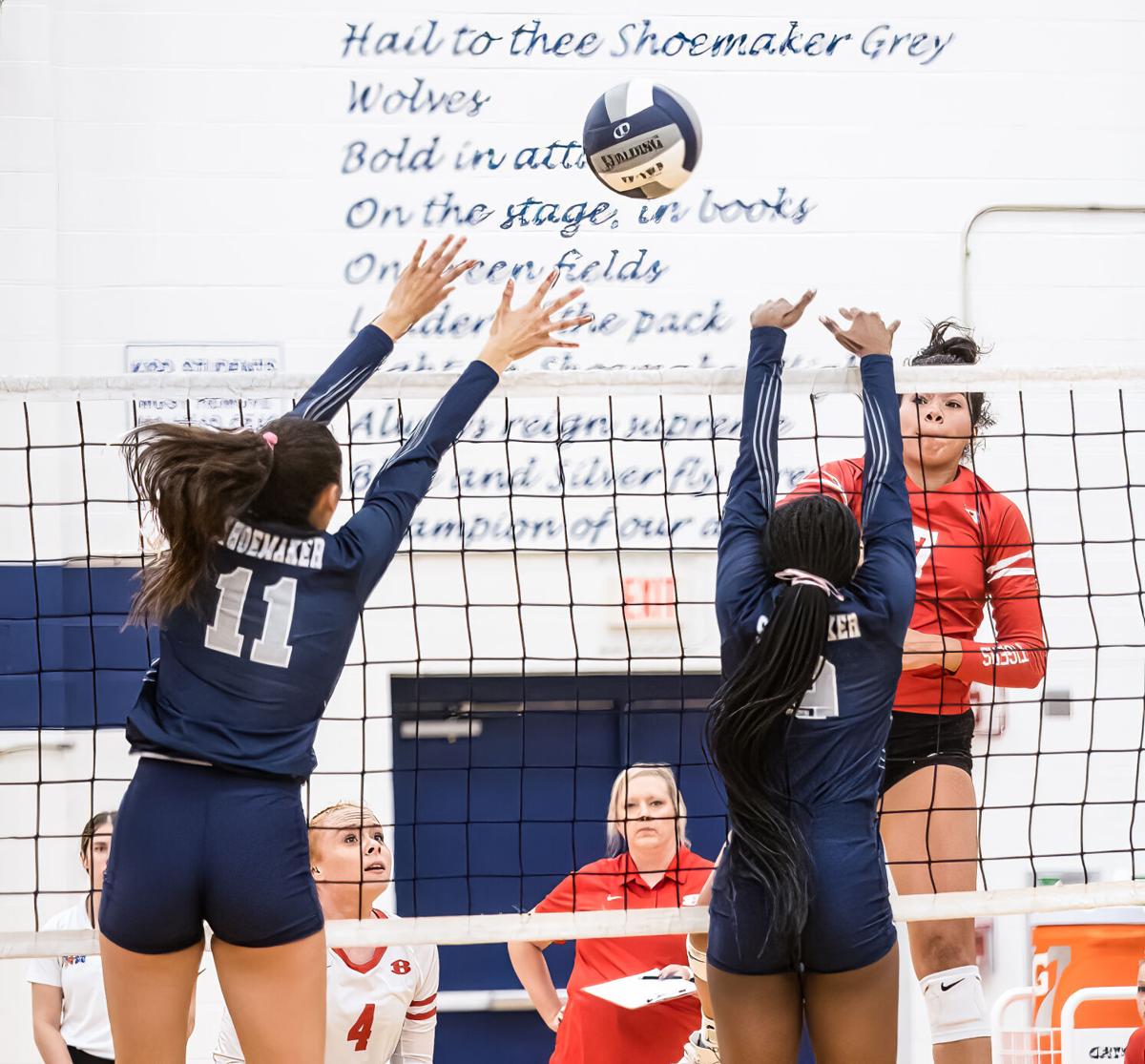 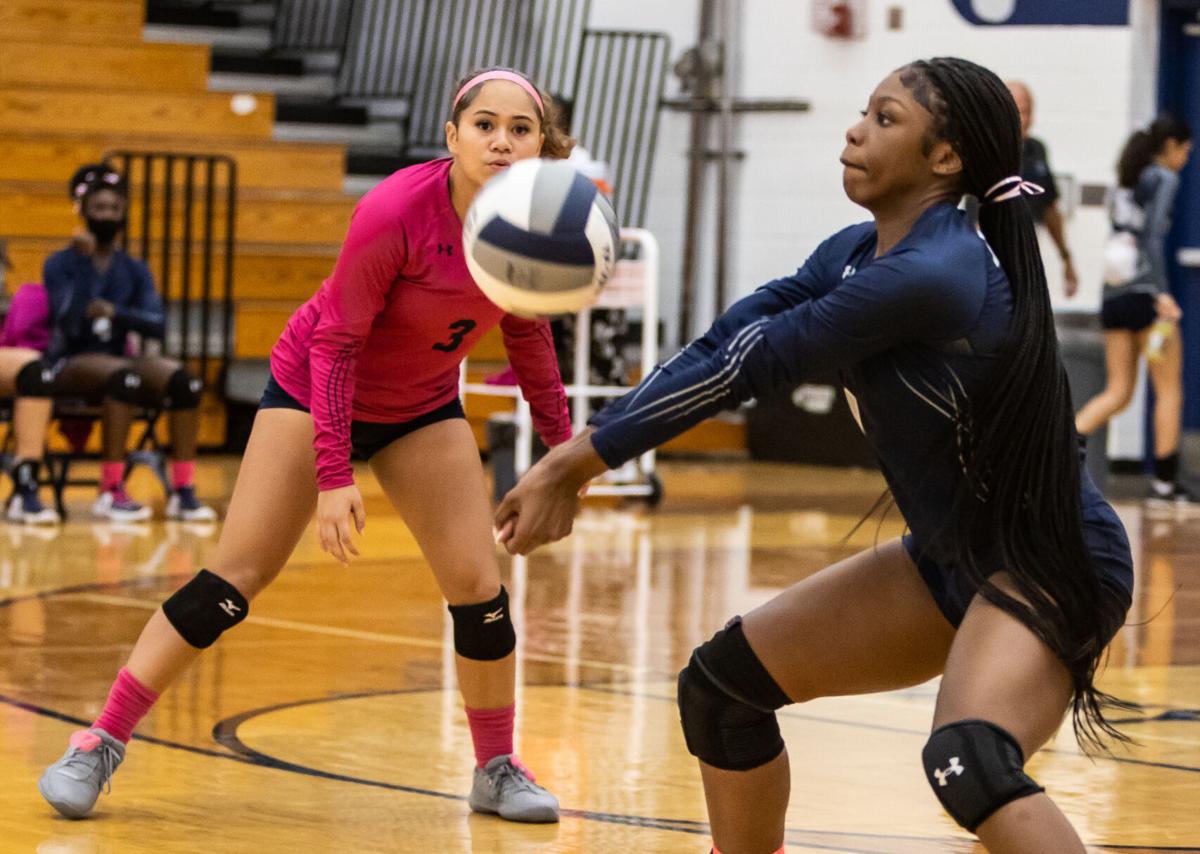 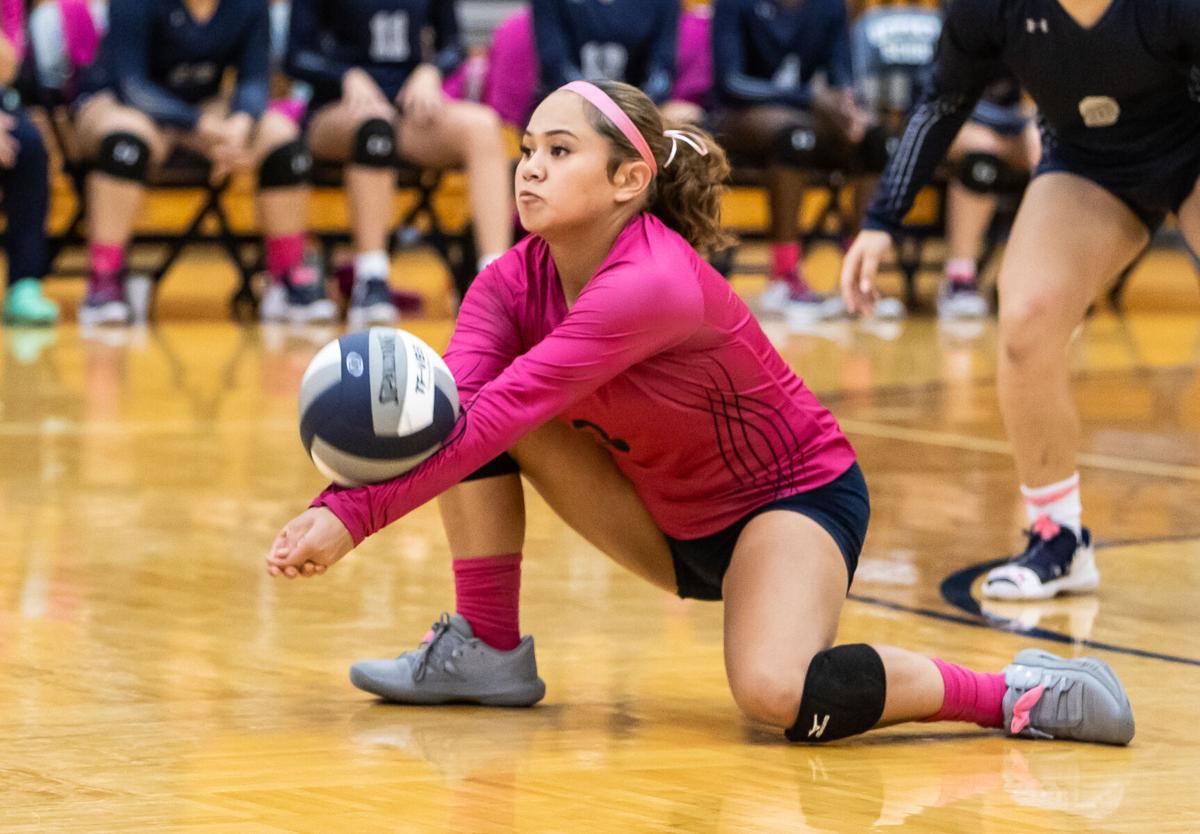 Shoemaker's Maryelis Hernandez digs to return a Belton serve at Shoemaker High on Tuesday. Belton swept the match 25-17, 25-17, 25-14 and secured a playoff spot. 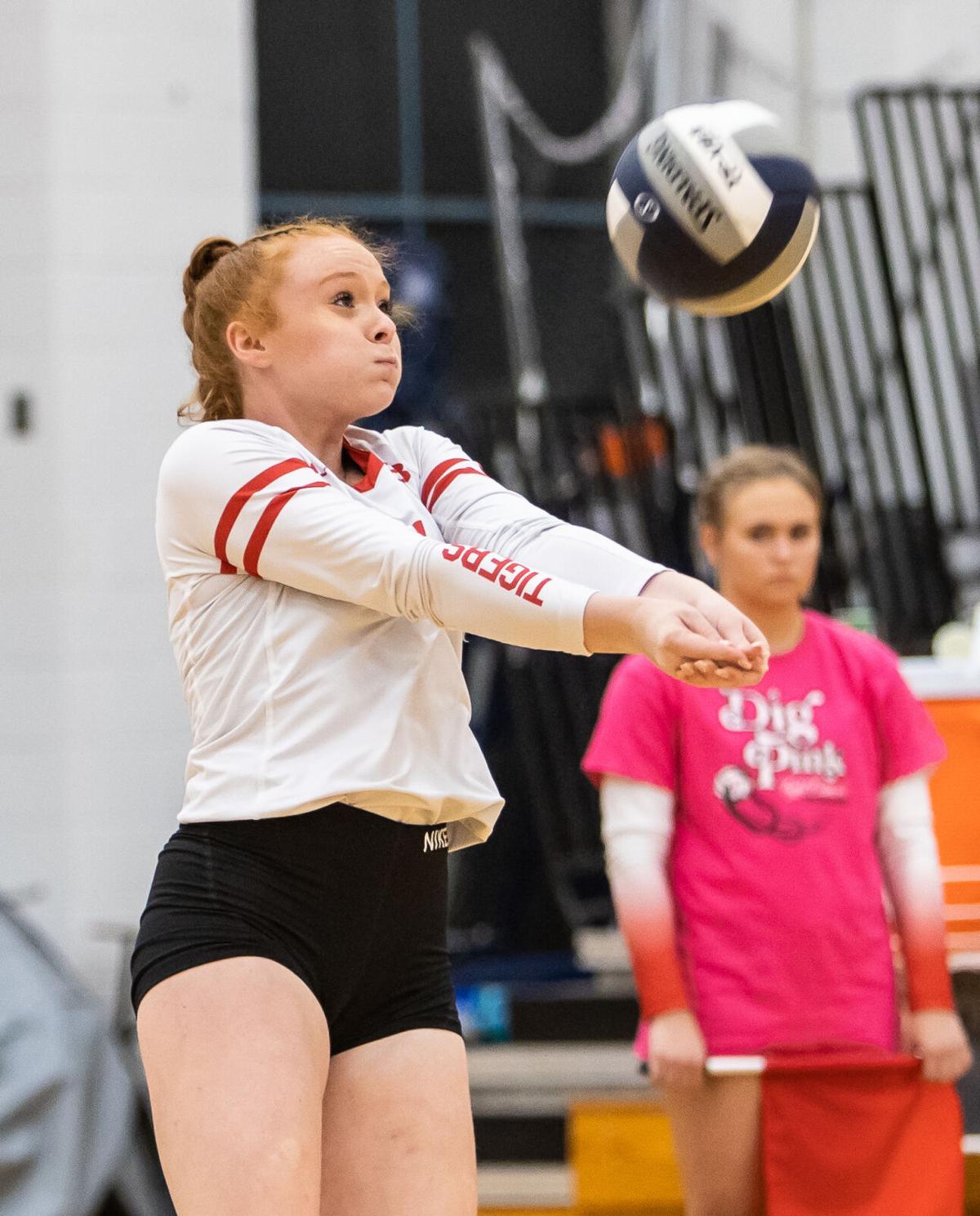 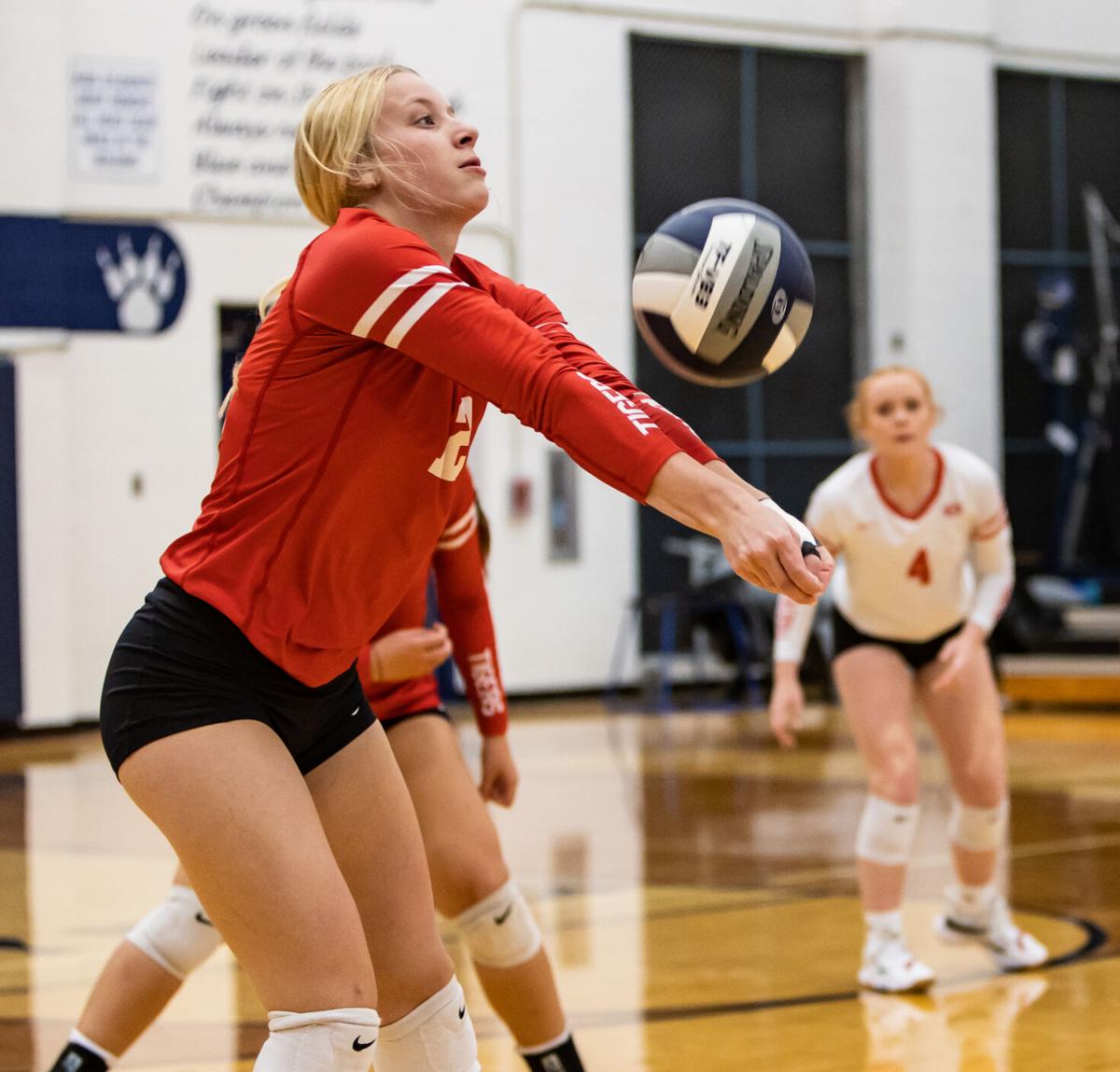 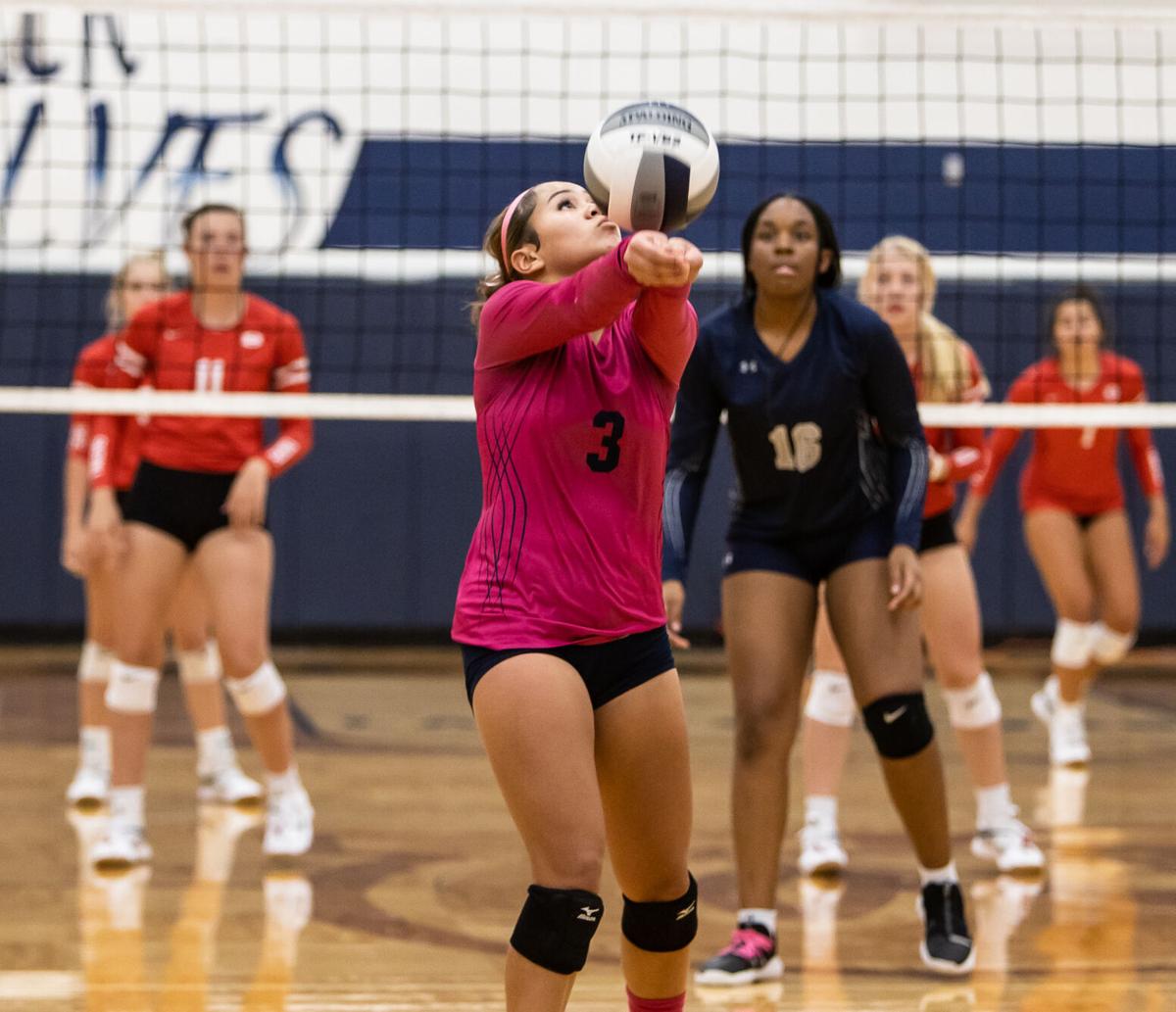 Shoemaker’s Maryelis Hernandez (3) bumps the ball back to Belton on Tuesday at Shoemaker. Belton swept the match and secured a playoff spot. 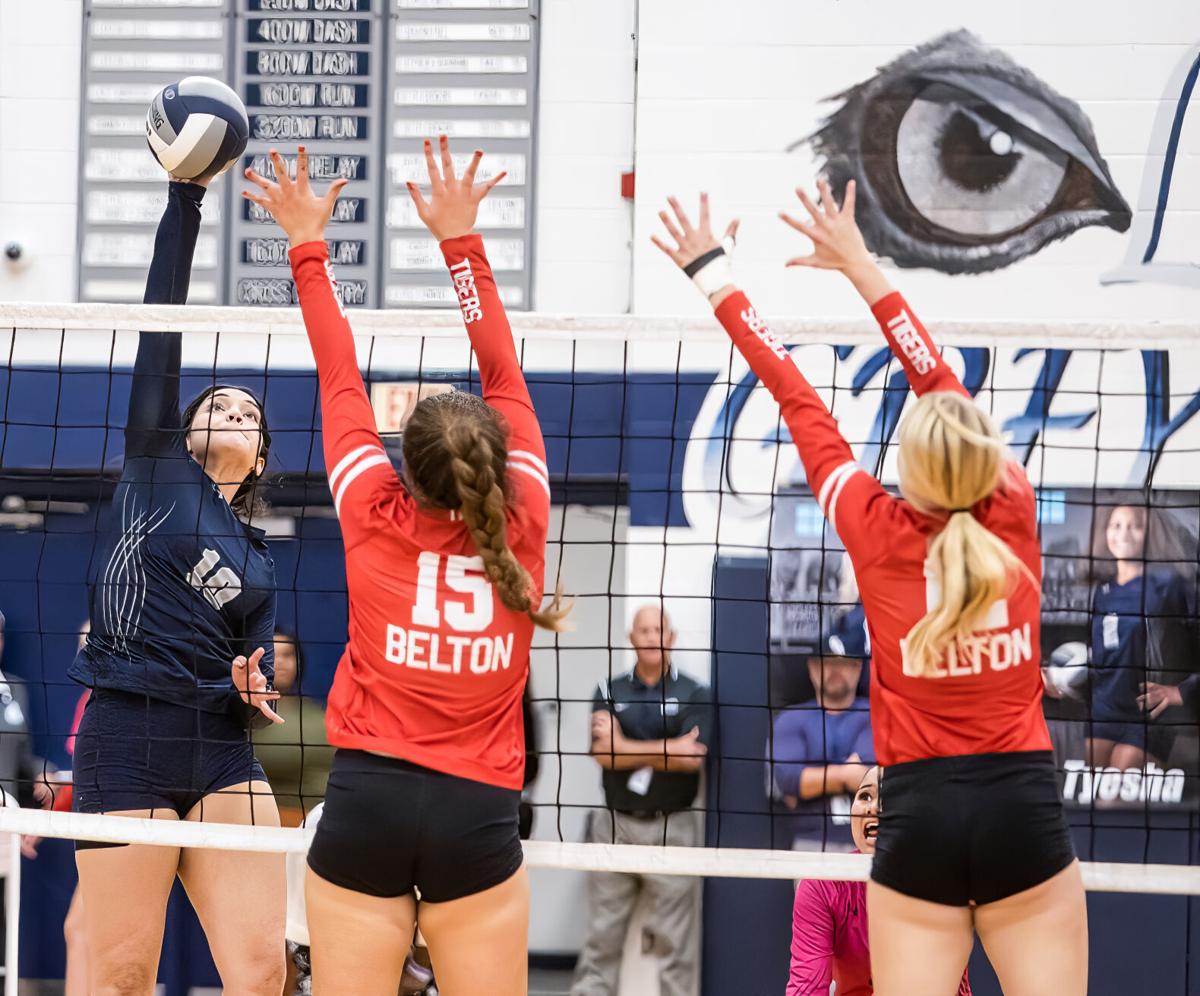 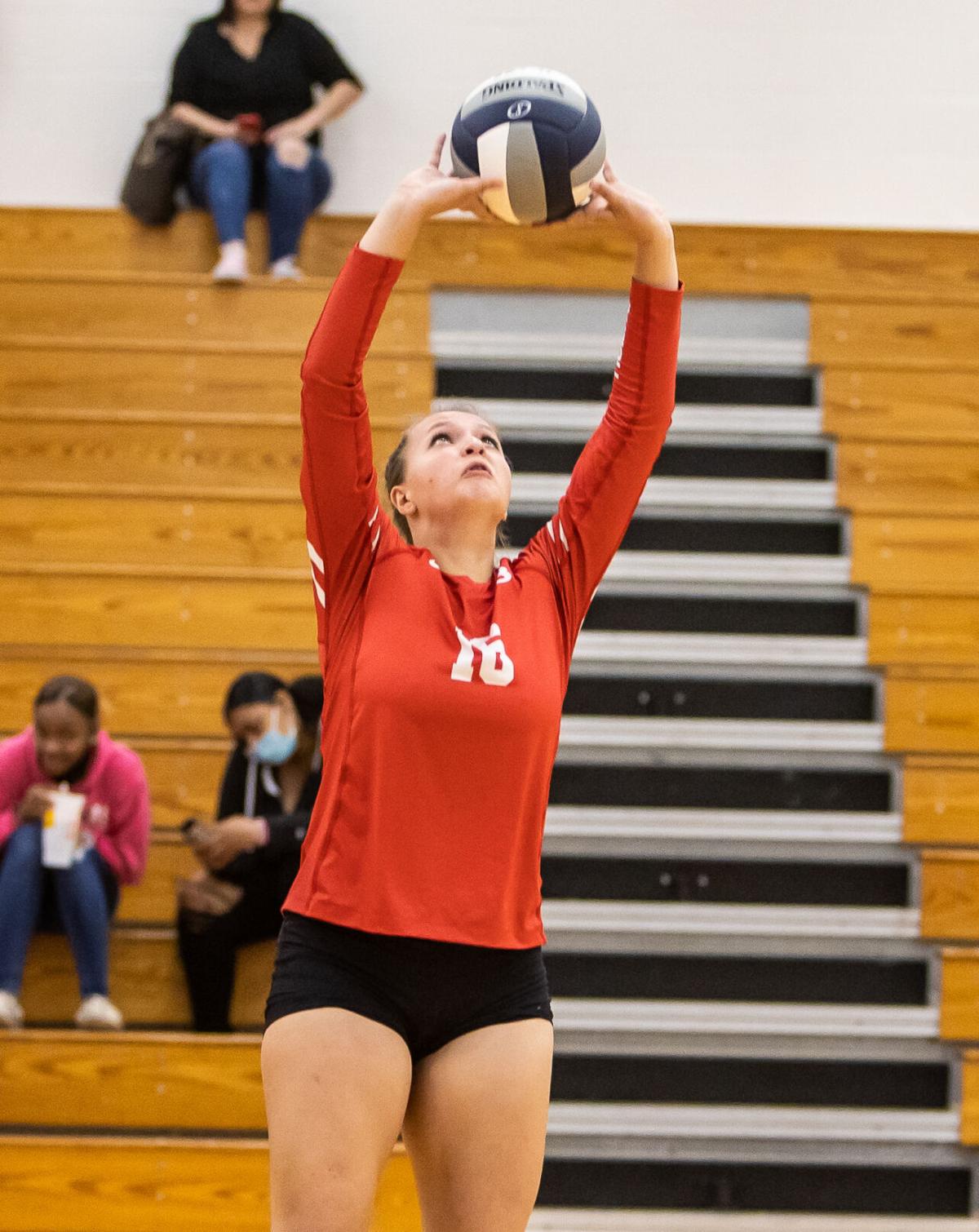 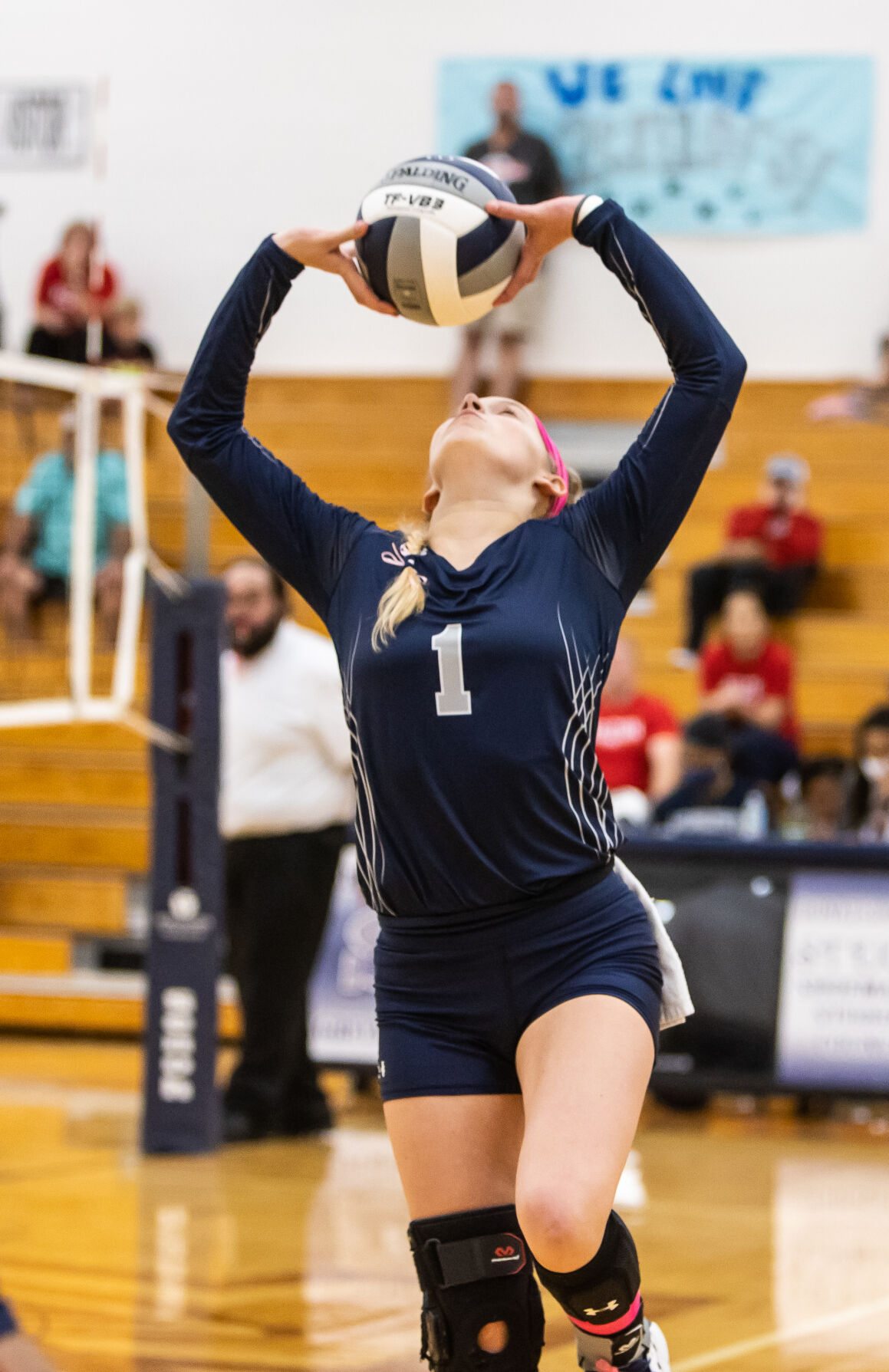 Shoemaker's Trinity Cutbirth sets the ball against Belton at Shoemaker High on Tuesday. Belton swept the match 25-17, 25-17, 25-14 and secured a playoff spot.

Shoemaker's Maryelis Hernandez digs to return a Belton serve at Shoemaker High on Tuesday. Belton swept the match 25-17, 25-17, 25-14 and secured a playoff spot.

Shoemaker’s Maryelis Hernandez (3) bumps the ball back to Belton on Tuesday at Shoemaker. Belton swept the match and secured a playoff spot.

Shoemaker's Trinity Cutbirth sets the ball against Belton at Shoemaker High on Tuesday. Belton swept the match 25-17, 25-17, 25-14 and secured a playoff spot.

Emily Revis had a goal, but it was not making the playoffs.

One year after a 4-2 start in District 12-6A failed to produce a postseason berth, Belton earned an early opportunity to secure its spot Tuesday, when it traveled to Shoemaker.

And the Lady Tigers did not squander the chance.

Belton cruised to a 25-17, 25-17, 25-14 victory, guaranteeing the Lady Tigers are playoff bound with four matches remaining in the regular-season schedule.

Following the win, Belton’s standout senior admitted the feeling is special, but she also confessed it was not her intention.

“Honestly,” Revis said, “I kind of forgot about wanting to make the playoffs. All I have been focused on is becoming the district champions.

“It is almost like going to the playoffs is a perk that comes along with it, but it is definitely a nice perk.”

Regardless of individual objectives, the results have been consistent as the Lady Tigers won 17 of 20 matches after opening the season with a 4-11 record, and the best could still be yet to come, according to Belton head coach Krystal Yerigan.

“We are still pushing to better ourselves and to perform to the best of our abilities,” she said, “and in my heart of hearts, I believe we still haven’t peaked yet, and that is exciting.

“We just have to keep moving forward, improving our situation and tweaking what we can.”

Sparked by a 6-1 outburst to start the match, Belton maintained the five-point advantage at 11-6 before the Lady Grey Wolves rallied to pull within two points, 14-12. They would not get any closer, though, as the Lady Tigers responded with a 7-2 run before Revis assisted senior MyKaela Johnston on the set-clinching kill.

Shoemaker captured its first of two leads on the night as sophomore middle hitter MaKayla Jenkins recorded a scoring block to create a 1-0 lead in the second set, but Belton (21-14, 9-1) won the next three points and did not trail again despite Lady Grey Wolves chopping a 20-10 deficit to four points, 21-17.

In the third set, Shoemaker, which fell to 0-10 in district, again held a 1-0 advantage, but it soon found itself trailing 10-5 and never recovered as Lady Tigers junior outside hitter Makaelyn Perez finished with a team-high 14 kills and 10 digs.

“We practice just as hard as every other team in the district,” Lady Grey Wolves head coach Merdith Shaw-Moore said, “but right now, it is just one of those times when we just have to roll with the punches.

“We’re growing through the struggle, and some people might just throw their hands up and quit at this point, but I’m not one of those people, and we are going to keep fighting to the end.”

Along with Belton, Bryan (9-1) earned a playoff spot after defeating Ellison 25-23, 19-25, 25-20, 17-25, 15-11 on Tuesday to stay tied with the Lady Tigers atop the standings, leaving two postseason berths remaining and only three teams — Copperas Cove, Ellison and Harker Heights — capable of securing them.

But first, Belton must survive longtime rival Temple (2-8) on Friday.

“We needed five sets to beat them last time we played,” said Lady Tigers senior setter McKenzie Mansell, who had 15 assists and six kills, “and that was not our goal, so we are going to come in more focused and be ready for what they offer.

“They are a talented team, so we have to be prepared.”