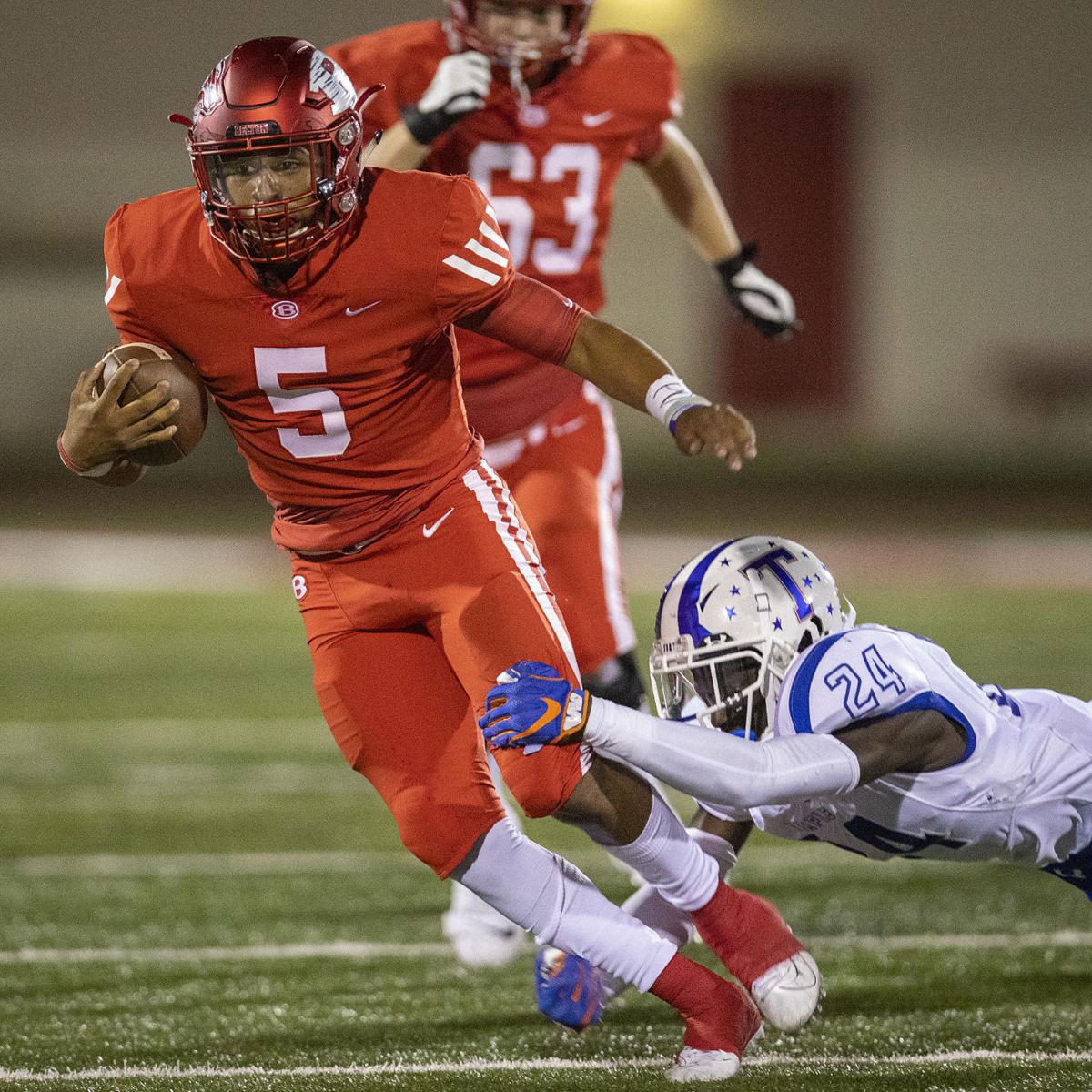 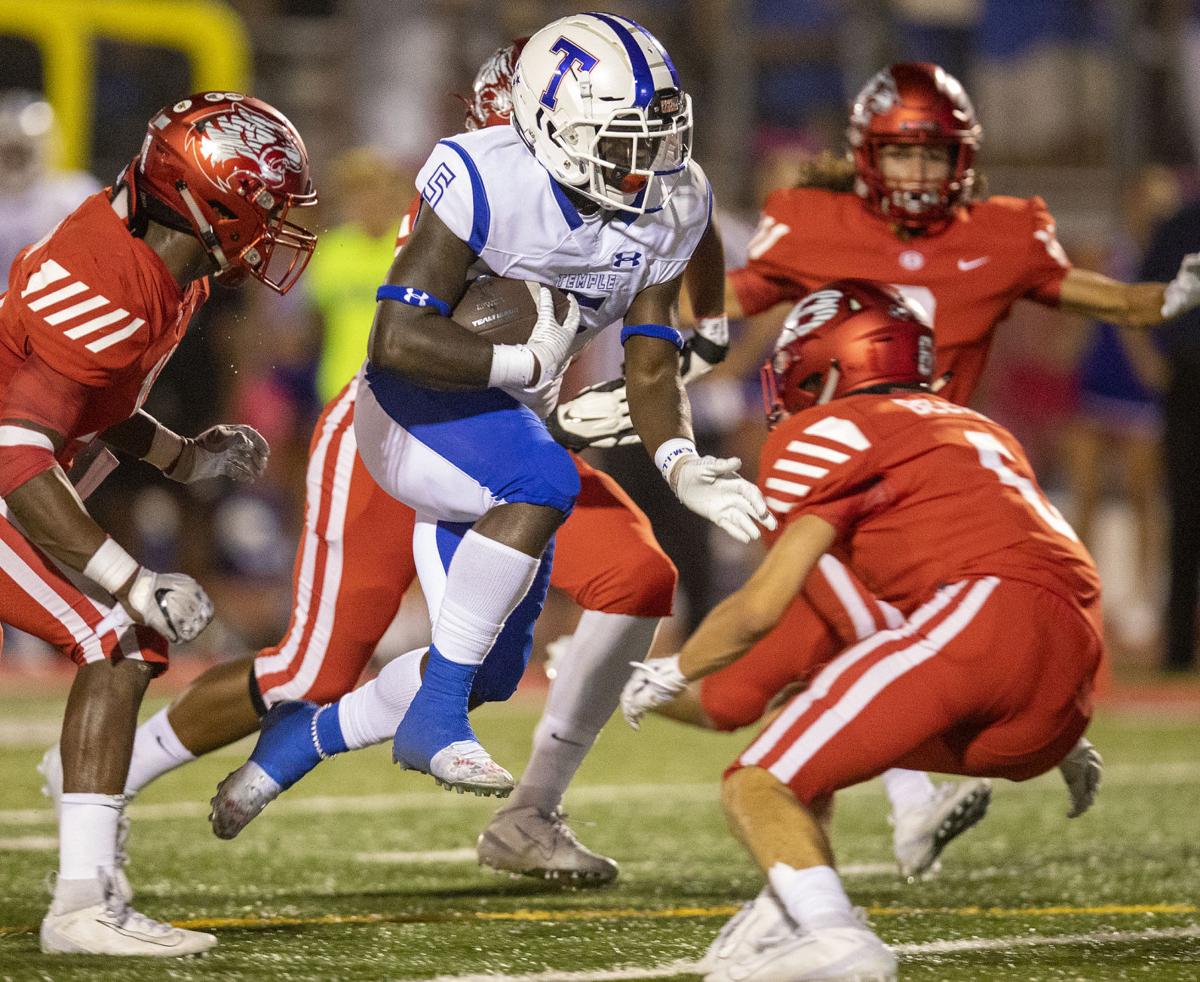 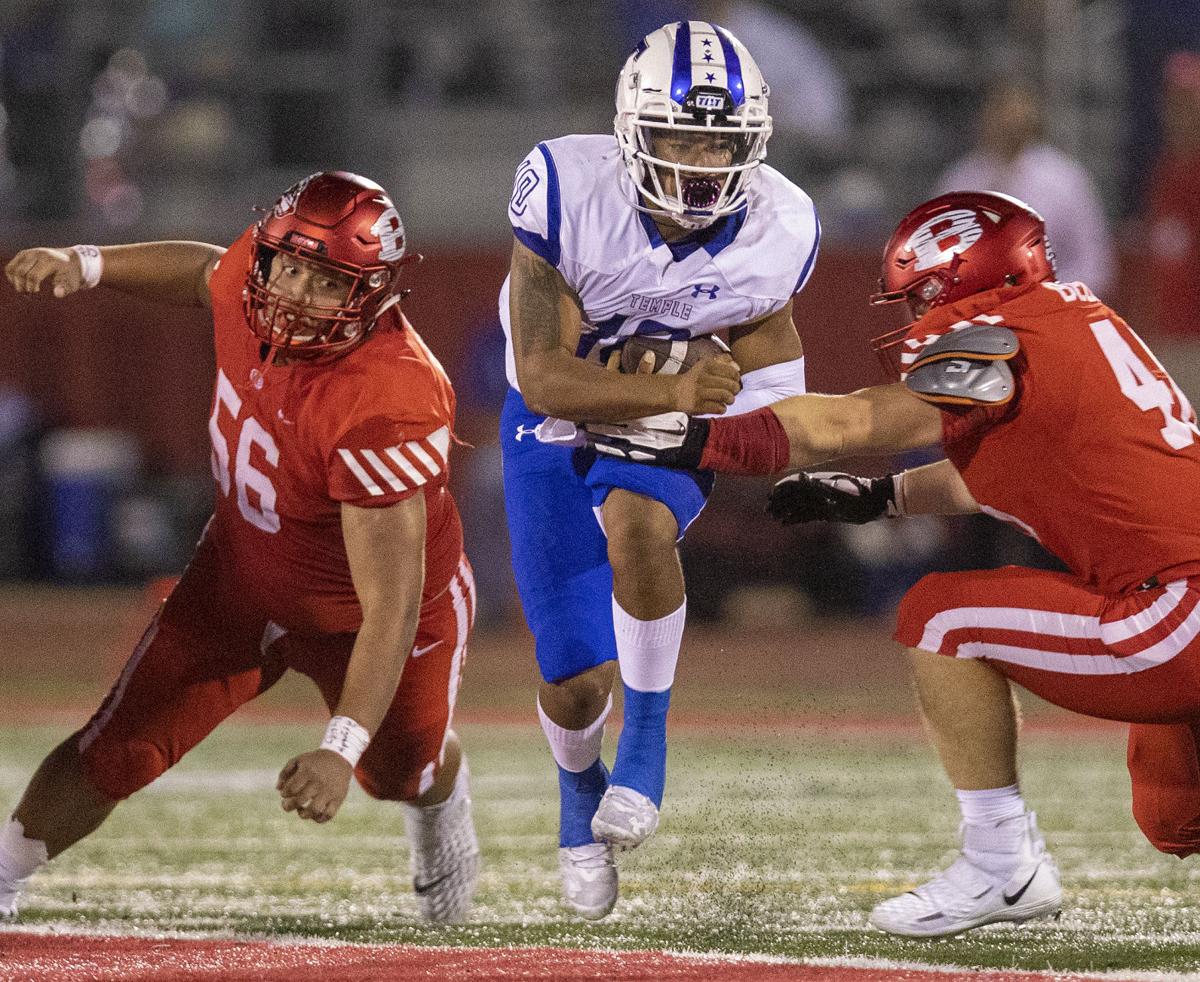 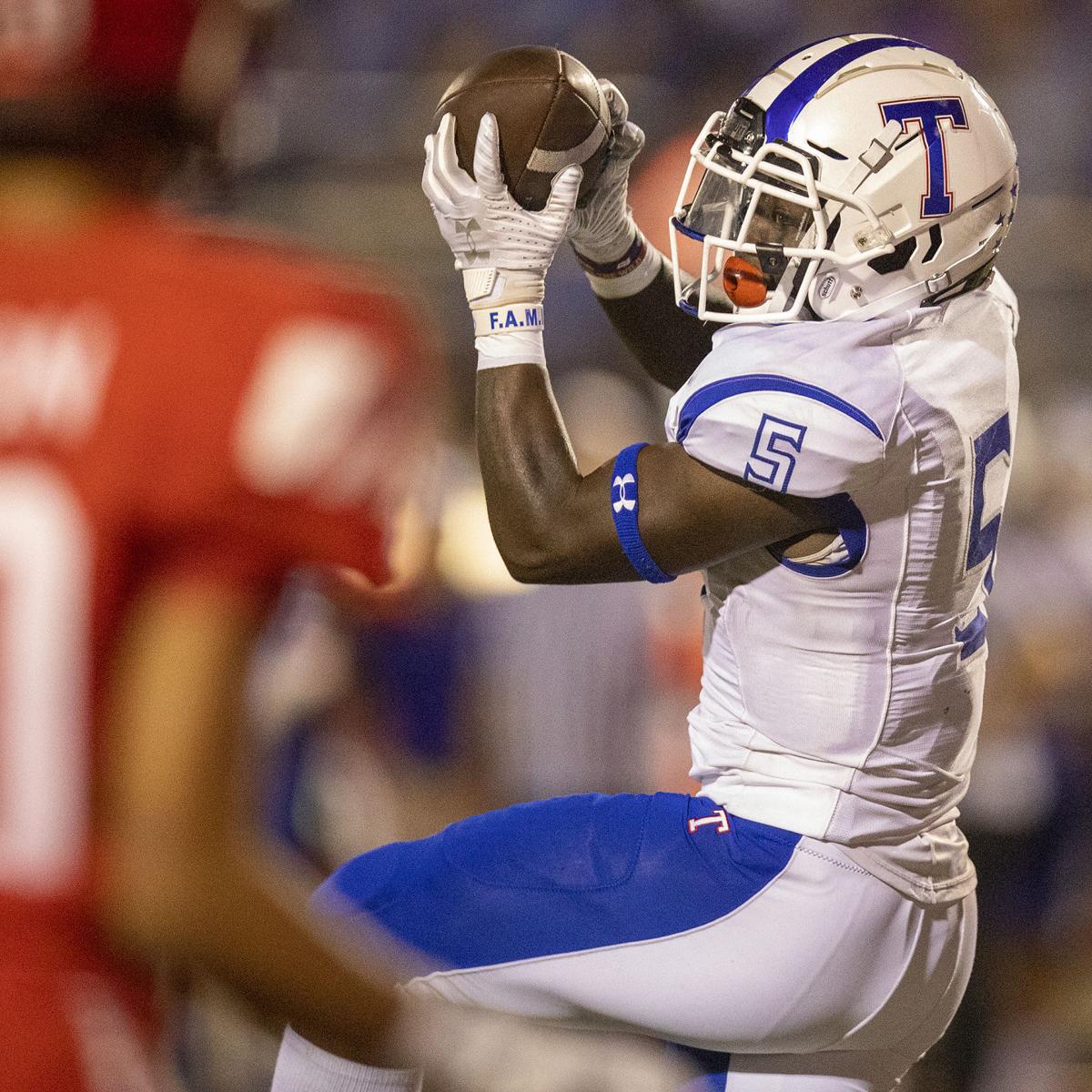 BELTON — If any fans thought Friday night’s clash might lack the flair that Temple and Belton delivered during last season’s triple-overtime thriller, they were sorely mistaken.

One hundred points and more than 1,000 yards of offense — the latest installment of the storied series added its own back-and-forth goodness.

Temple scored 21 points over the final 2:09 of a highlight-packed first half to turn a close battle at Tiger Field into a runaway 66-34 District 12-6A victory over Belton to extend its winning streak against it Bell County rival to seven.

“I’ll tell you this, if those three minutes don’t happen, it’s a completely different ballgame. I’ve been on both sides of that and sometimes it’s like a runaway train,” said Temple head coach Scott Stewart, who’s 4-0 against Belton during his tenure.

Belton quarterback Ruben Jimenez, who churned out 200 yards on 14 carries, scored his third rushing TD of the first half to get the Tigers (2-4, 2-2) within 31-28 with 3:34 before halftime when the walls started to cave in on the home team.

Temple (4-1, 3-0), which leads the all-time rivalry series 35-8-5, went up 38-28 a little more than a minute later when quarterback Vance Willis hit AJ McDuffy for a 5-yard TD. Roman Jackson then delivered the first of his two interceptions to set up Samari Howard’s 7-yard TD run that inflated Temple’s rapidly growing advantage to 45-28 with 1:11 to go.

Belton’s quick three-and-out and short punt gave the Wildcats a chance to pad the cushion, and they did with McDuffy’s 8-yard TD reception for a 52-28 lead just 21 seconds before halftime.

“It stunned us for the most part,” said Jimenez, who also threw for 155 yards, including a 26-yard TD to Kabyl Utley.

While Stewart appreciated his team’s surge, he also took notice of how Temple kept the pedal down as the third quarter commenced. The Wildcats needed just two plays to cover 75 yards — Luke Allen’s 65-yard catch-and-run and Anthony Jackson’s 10-yard rushing score — and go up 59-28.

Willis finished 15-of-19 for 291 yards and four TDs. Anthony Jackson rushed for a team-high 102 yards, Quentin Johnston caught two passes for 87 yards and a score, and the Wildcats totaled 581 yards.

Luke Bramlett had three receptions for 100 yards to pace the Tigers, who had 435 yards in all.

“It just shows that our offense has our back. Defense struggled a little bit, but we’ll get it together,” Roman Jackson said.

The previous three encounters were decided by eight points or less, and Friday night’s showdown looked headed toward another nail-biter for nearly two quarters.

Eighty of the 100 points were gathered at NASCAR pace in the first half. Belton kick-started the extravaganza less than a minute into the opening quarter with Jimenez’s 64-yard TD run.

Aaron Wagaman’s 26-yard field goal got Temple on the board, and the Wildcats led for the first time 5 minutes later after Anthony Jackson’s 9-yard TD run.

The Tigers answered with 1:01 left in the first when Jimenez weaved in from the 1, but Temple’s retort arrived in haste — a 49-yard Willis-to-Johnston connection with 49 seconds left.

Belton stayed on Temple’s tail for much of the rest of the first half, but the Wildcats didn’t relinquish the lead and pulled away.

“We didn’t do a good job finishing out the half. We can play with anybody. We just have to continue to get better,” Belton head coach Sam Skidmore said. “We were already pretty banged up and we had some more that happened. Bye week is coming at a good time. We need to get healthy and that’s important. We’re going to get back to work, clean up some things and quit making silly mistakes.”

Belton volleyballers close in on playoff spot with win at Killeen