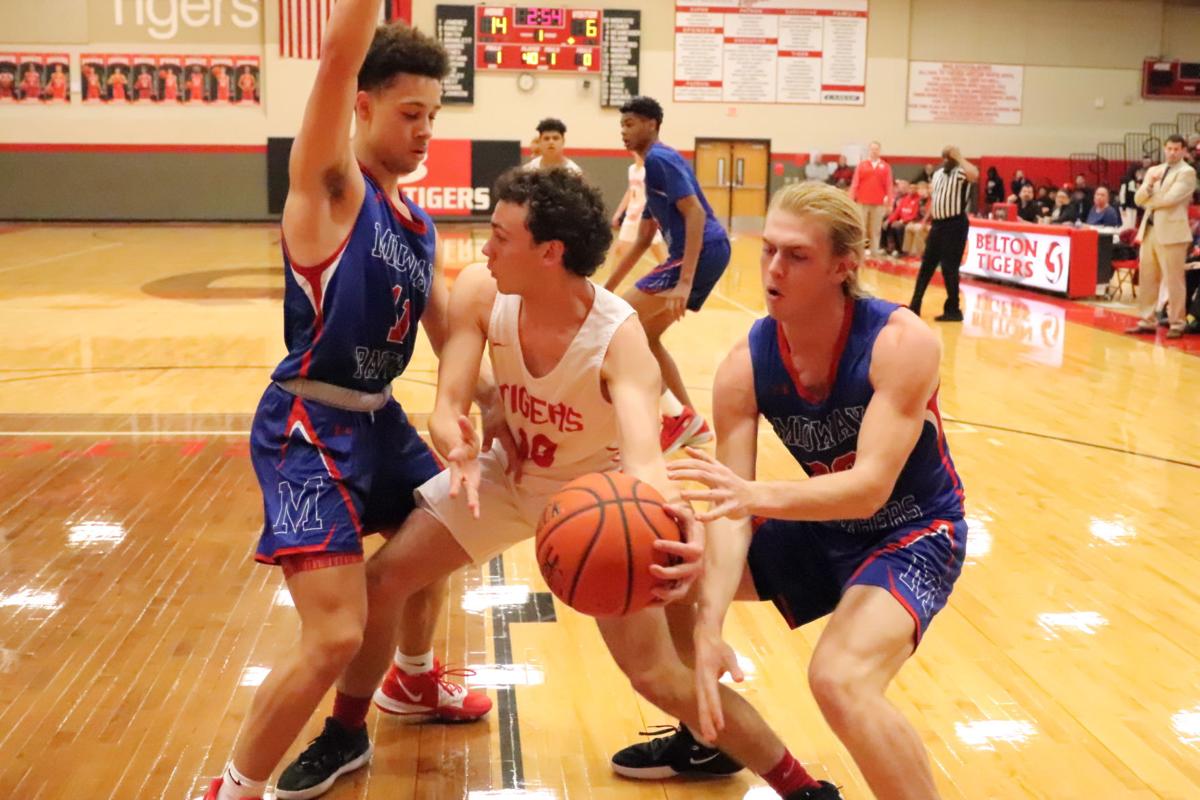 Belton’s Ben Jones, middle, is double-teamed by Waco Midway’s CJ Calhoun, left, and another Panther defender on Tuesday in Belton. 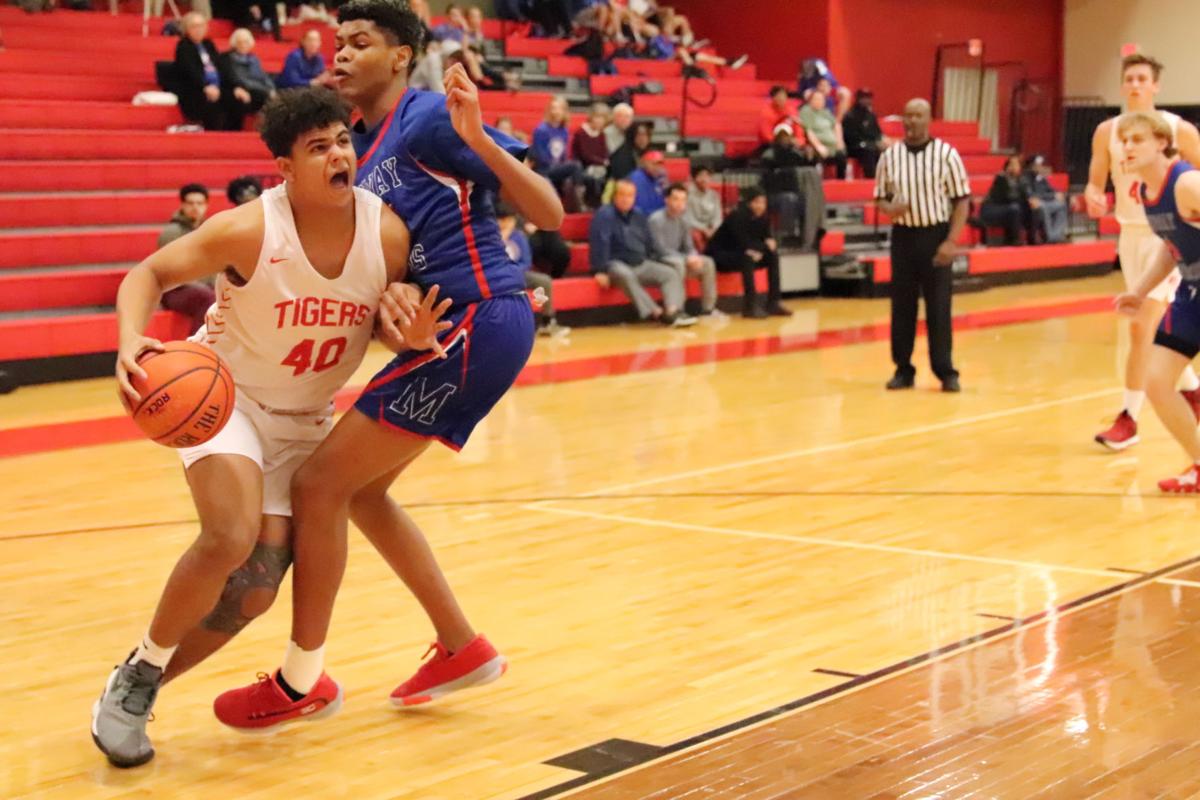 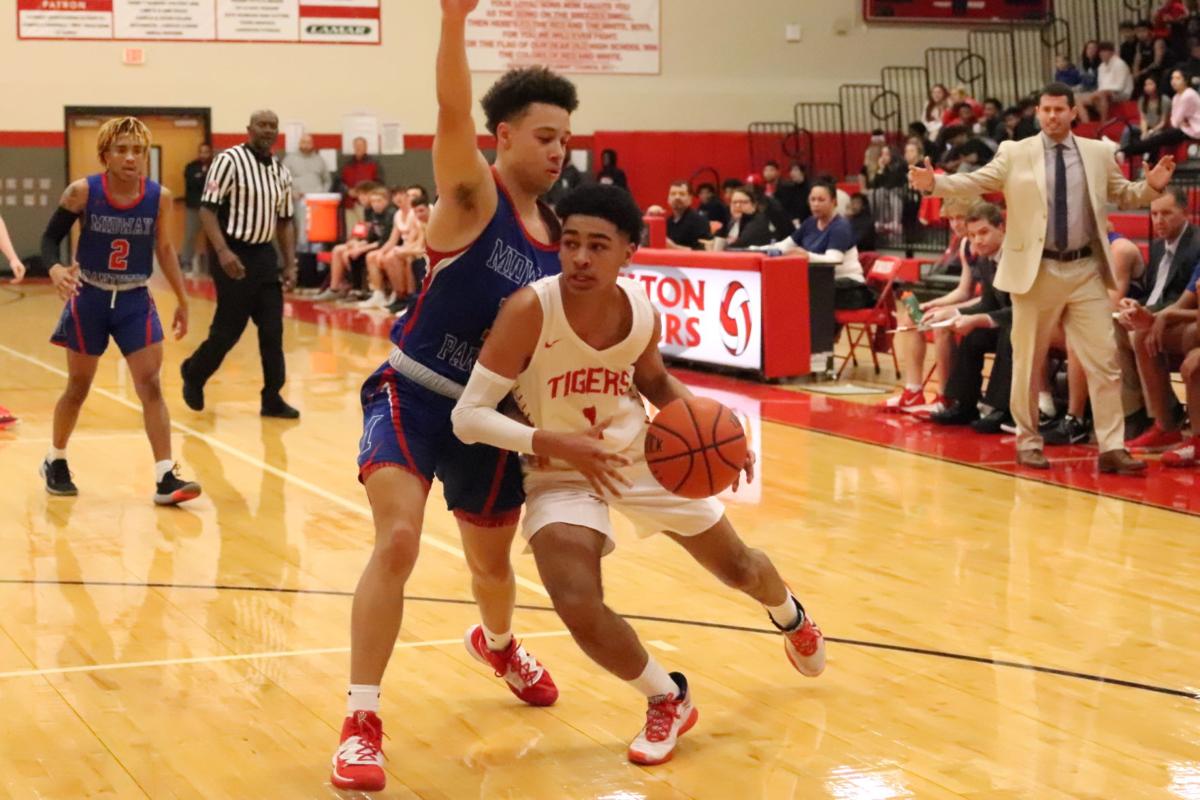 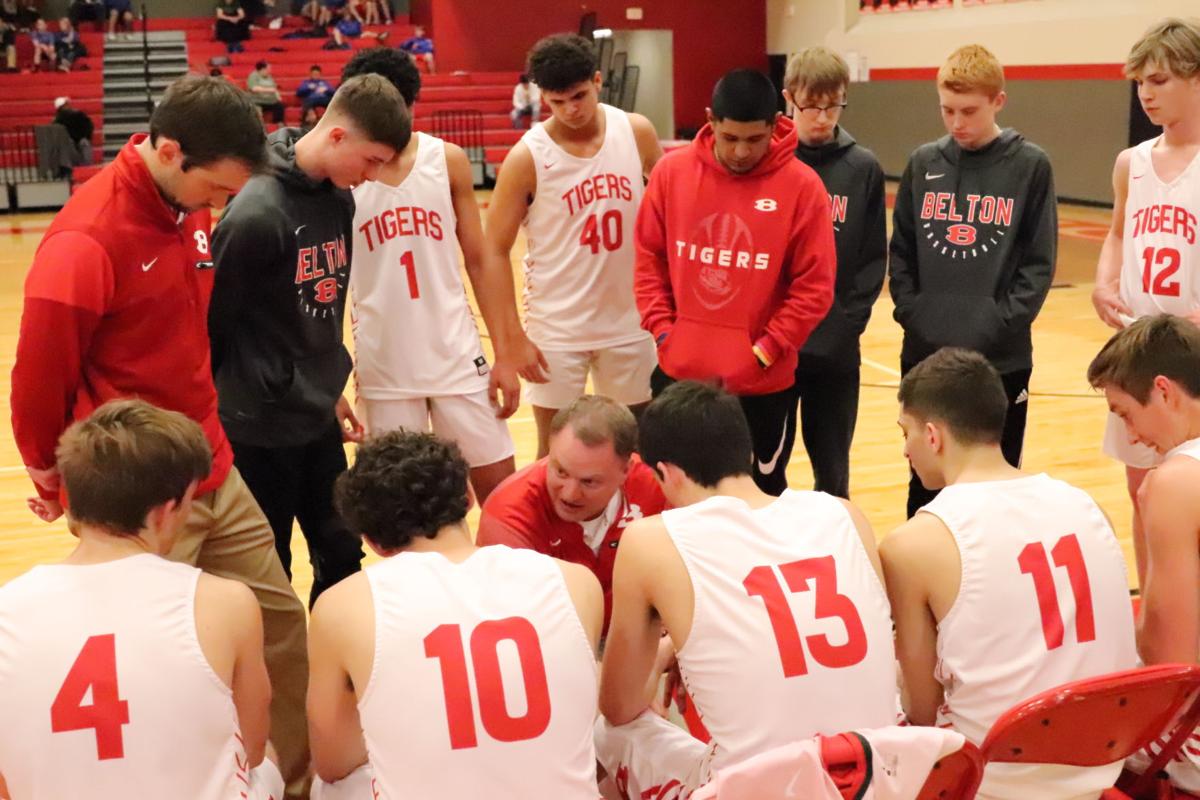 Belton coach Jason Fossett, middle, talks to his players during a timeout Tuesday in Belton. 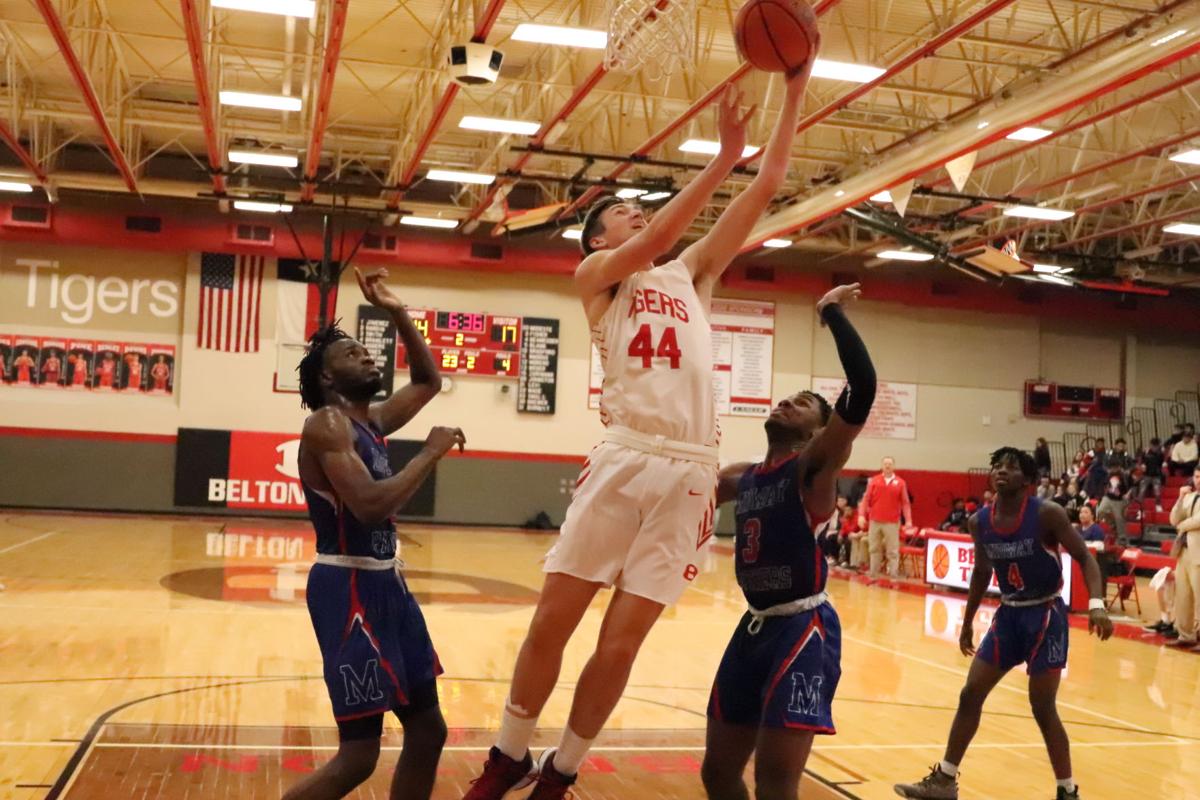 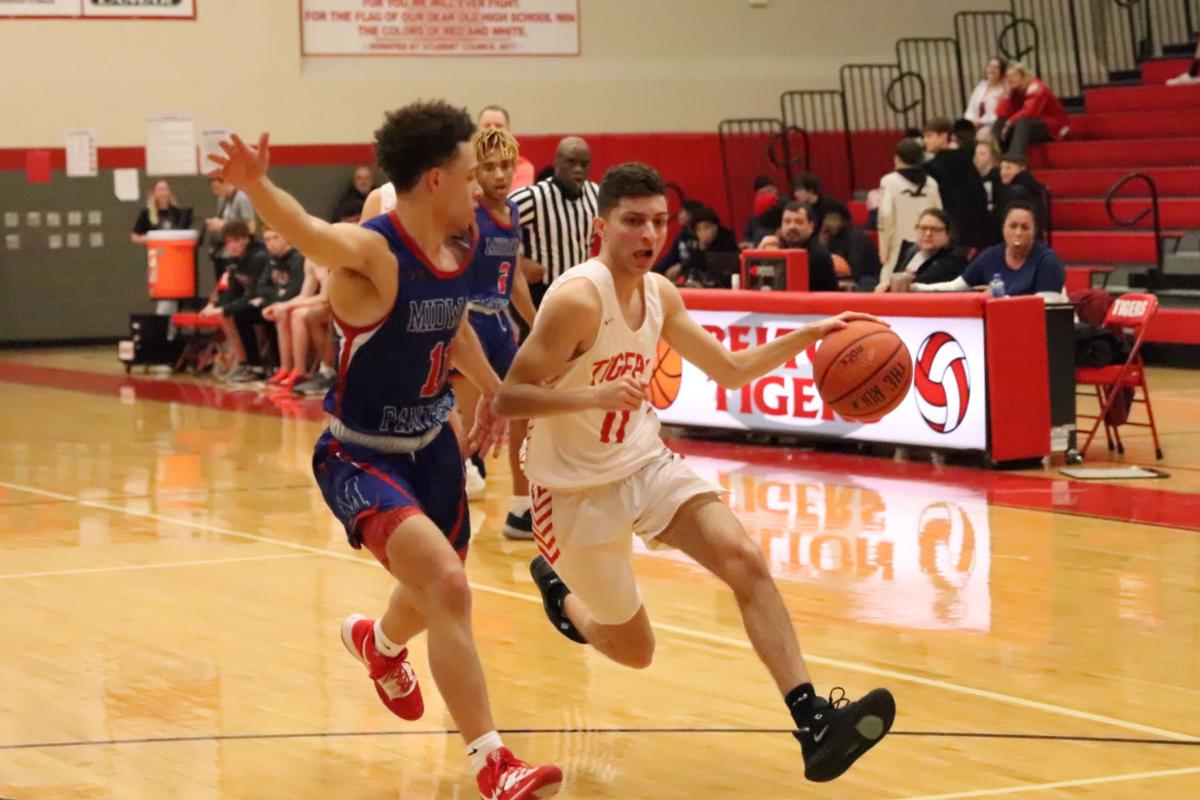 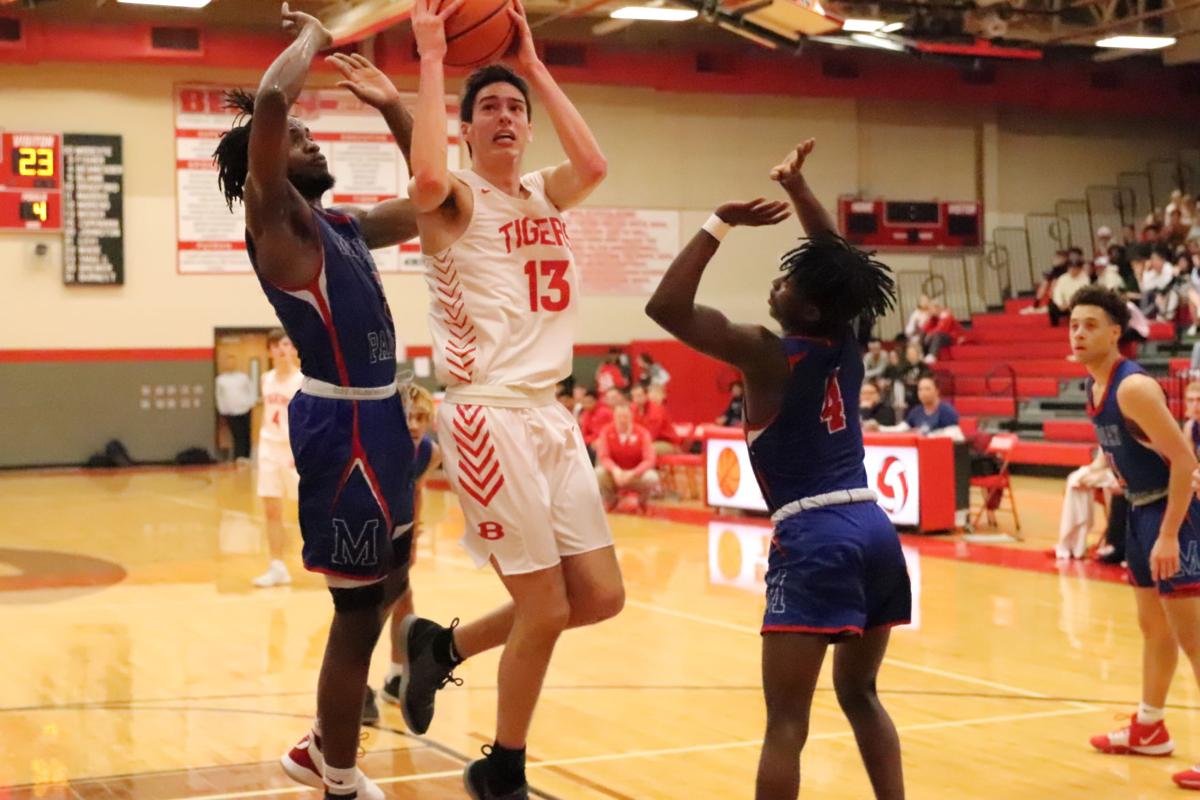 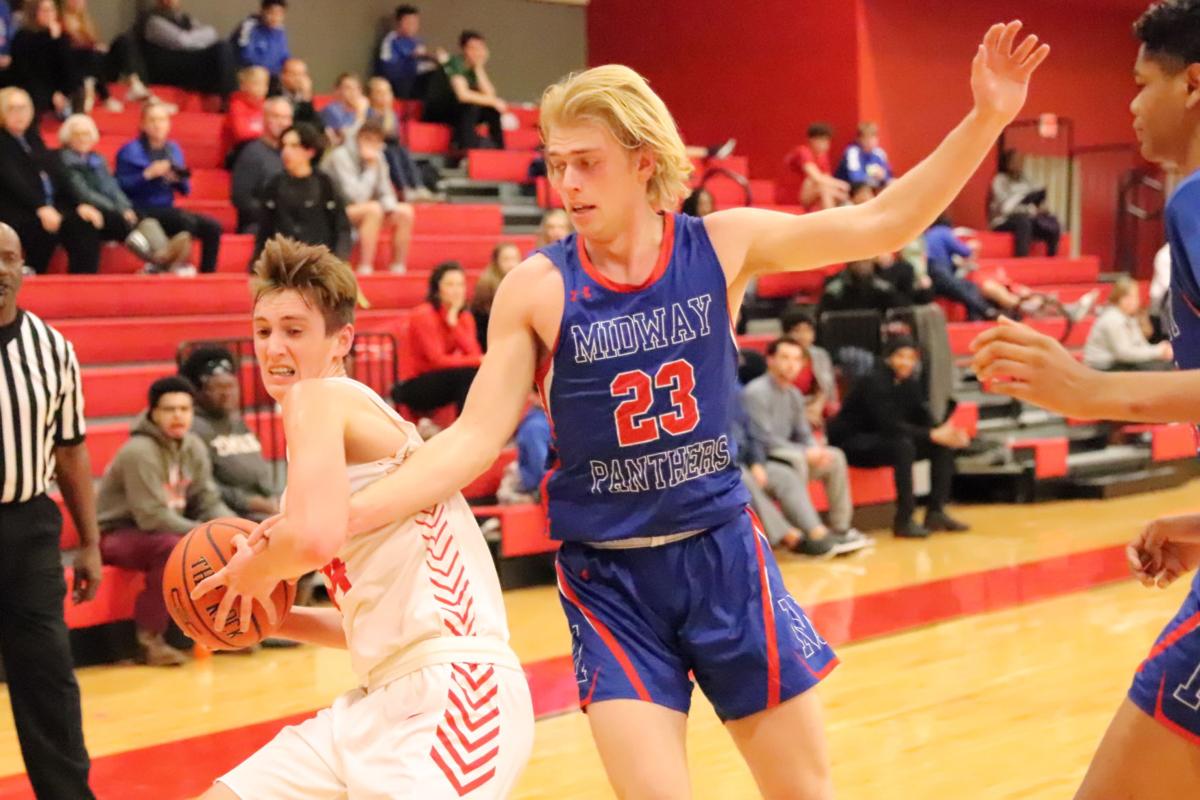 Belton's T.J. Johnson, left, is fouled by a Waco Midway player on Tuesday in Belton.

Belton’s Ben Jones, middle, is double-teamed by Waco Midway’s CJ Calhoun, left, and another Panther defender on Tuesday in Belton.

Belton coach Jason Fossett, middle, talks to his players during a timeout Tuesday in Belton.

Belton's T.J. Johnson, left, is fouled by a Waco Midway player on Tuesday in Belton.

BELTON — Belton coach Jason Fossett knows his Tigers have had a season beyond even his expectations.

But when the final buzzer sounded on the final home game of the season Tuesday, the overachieving Tigers walked away knowing that the one goal they set out to achieve would not come to fruition.

The Waco Midway Panthers downed the Tigers 68-49 at Tiger Gym on Tuesday to eliminate the Tigers from postseason contention.

And while that end result wasn’t what the Tigers wanted, there isn’t much disappointment for the Tigers.

While the Tigers (21-13, 5-9) won’t be going to the playoffs, they are the first team since the late Ed Braeuer coached guys named Ramonce Taylor and Matt Braeuer to a 25-11 record in 2004, also the last season the Tigers won a playoff game.

“It’s awesome to look back and to say we were a part of that,” senior forward Tyson Pine said of the 20 wins.

On Tuesday, Pine led the Tigers with 16 points. The other senior suited up, Diego Santana added 11, the only two Tigers in double figures.

Belton’s third senior, Josh Rardin is one of a plethora of Tigers who was out with an injury.

“It means a lot to (Tyson),” Fossett said “You can tell he cares. We are going to miss him dearly. The seniors we have, I wish they were all coming back, because they are going to be guys you look back on and say they were guys who got this thing rolling,”

Pine got the Tigers rolling early against Midway, hitting two 3-pointers and scoring eight total points in the first three and a half minutes as Belton got out to a 14-6 lead.

“They have a lot of shooters across the board,” Midway coach Matt Brown said. “They made 18 3s against us at our place, so I’m not going to lie, when they made those first ones today we were a little worried, because when you get hot like that it’s hard to stop.”

It wasn’t so much the Panthers being able to finally stop the Tigers as much as it was the Tigers, who had just eight players suited up, got worn down.

“They came out sluggish and we took advantage of that in the beginning,” Pine said.

“I think we just got ahead of ourselves and let it go a little bit.”

A basket by TJ Johnson, who finished with just six points, to start the second got the Tigers within 1, but that’s as close as they would be the rest of the night, trailing 33-20 at the half and 54-36 after three.