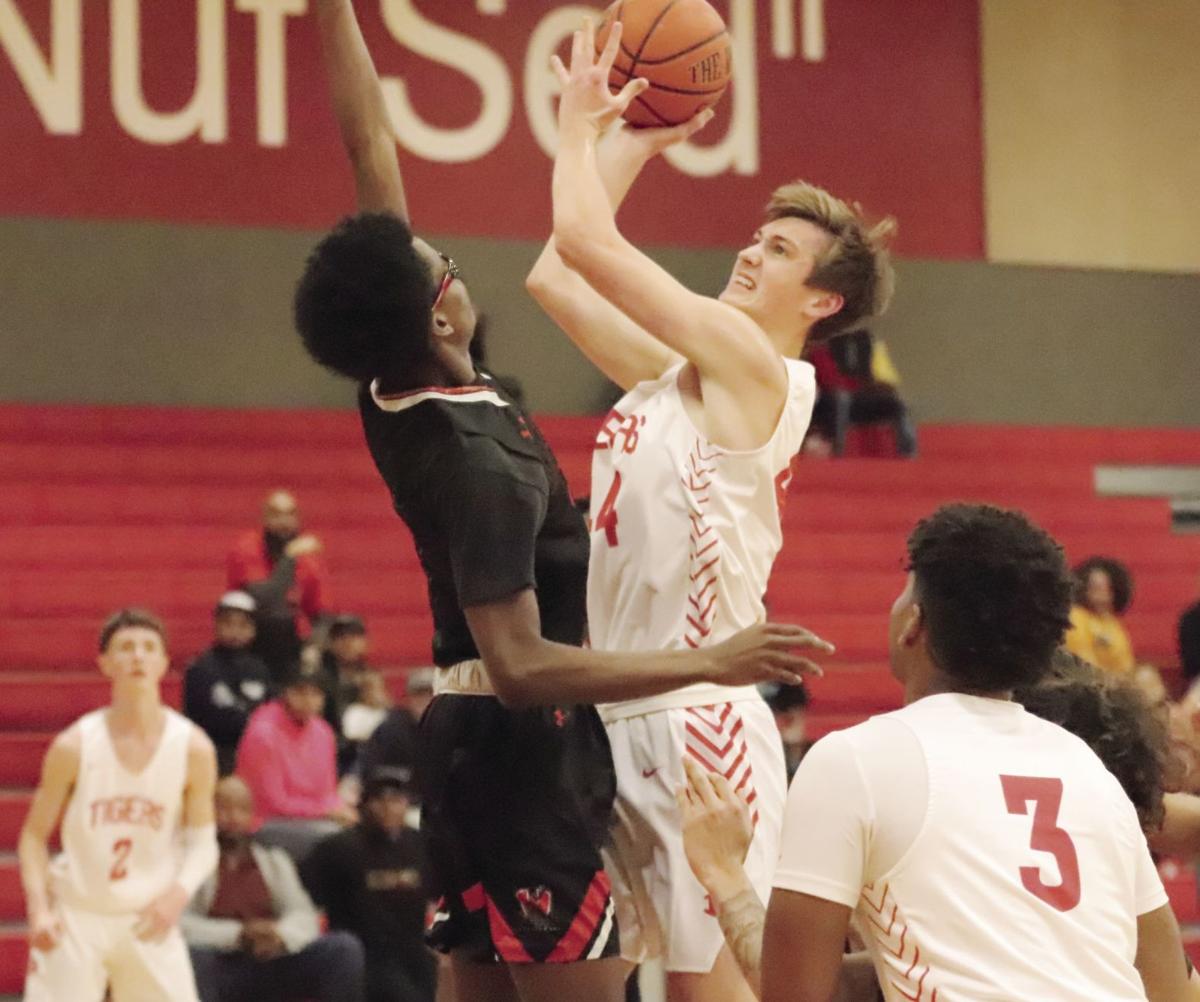 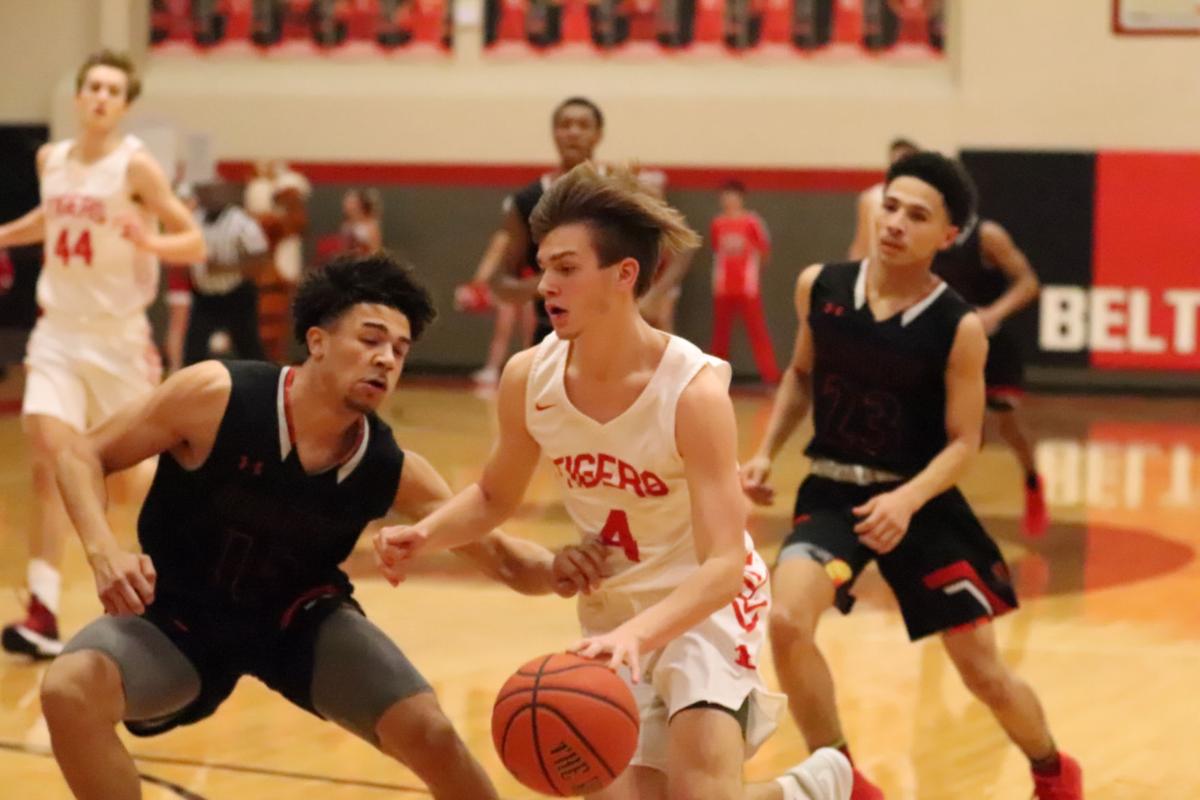 Belton's Luke Bramlett (4) tries to get past Harker Heights' Ryan Chamberlain on Friday in Belton. 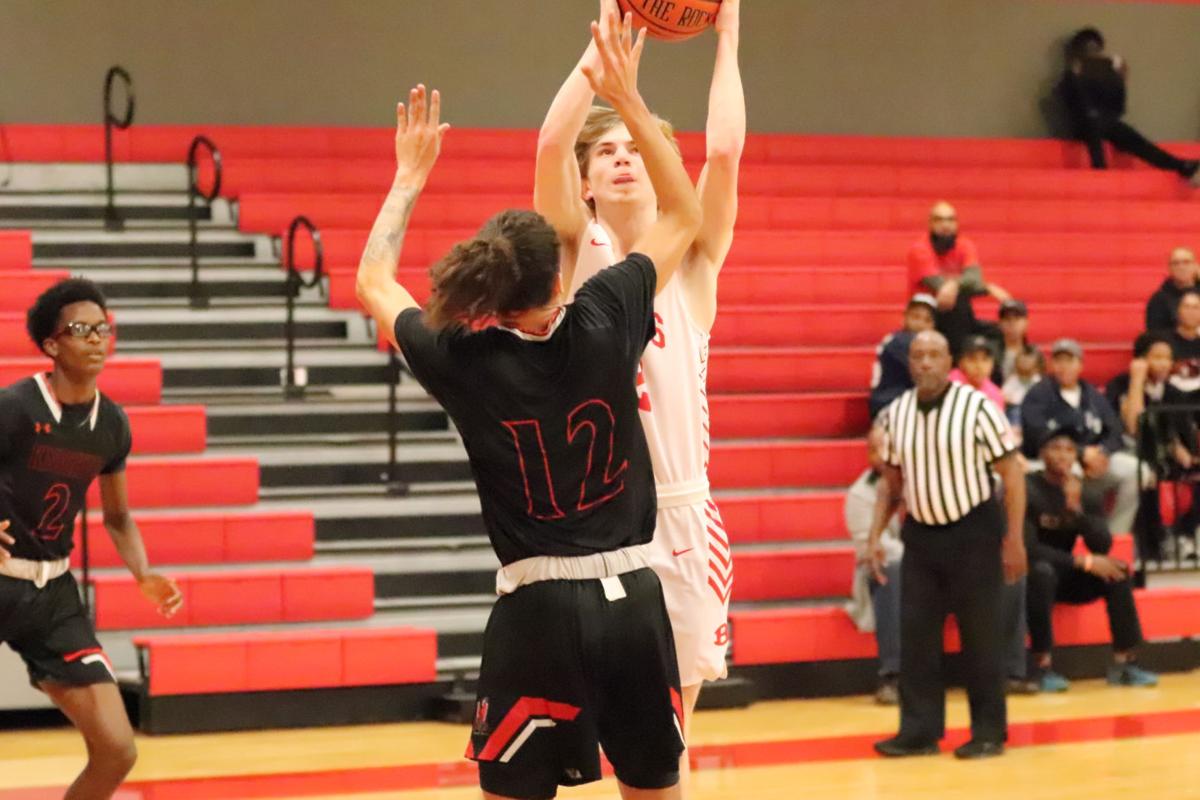 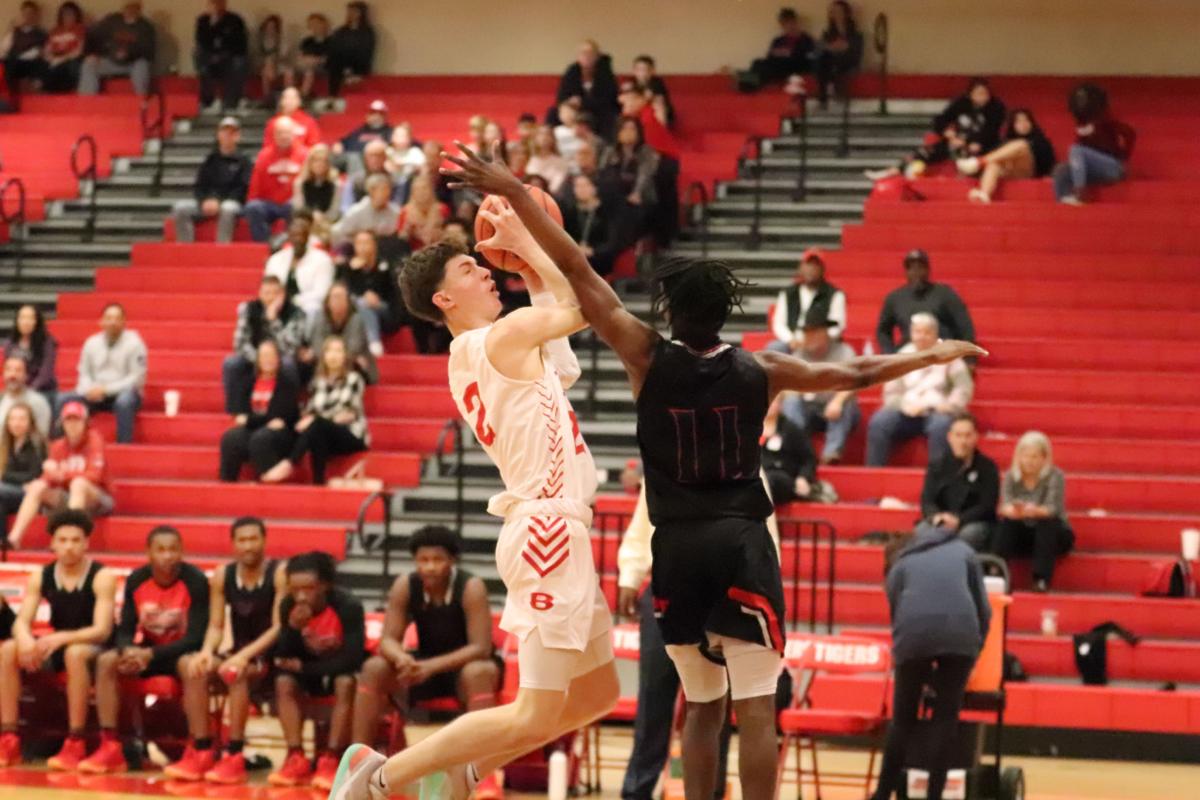 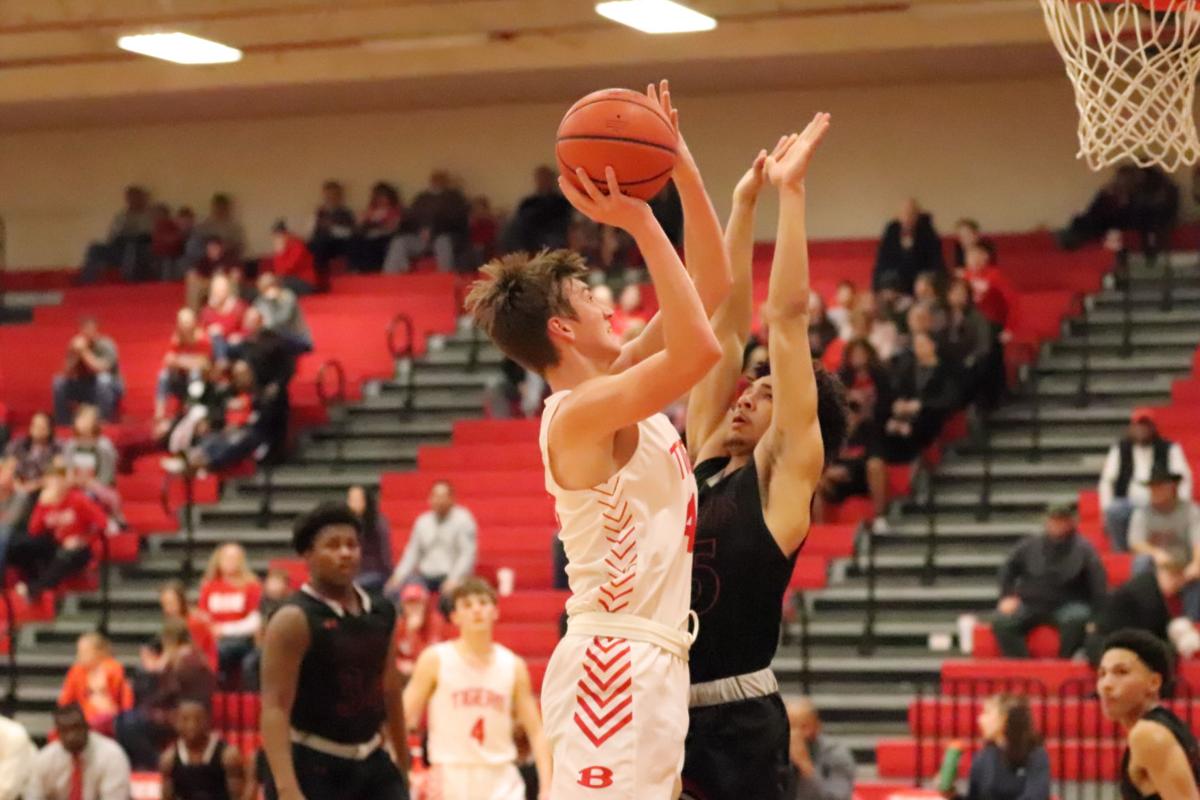 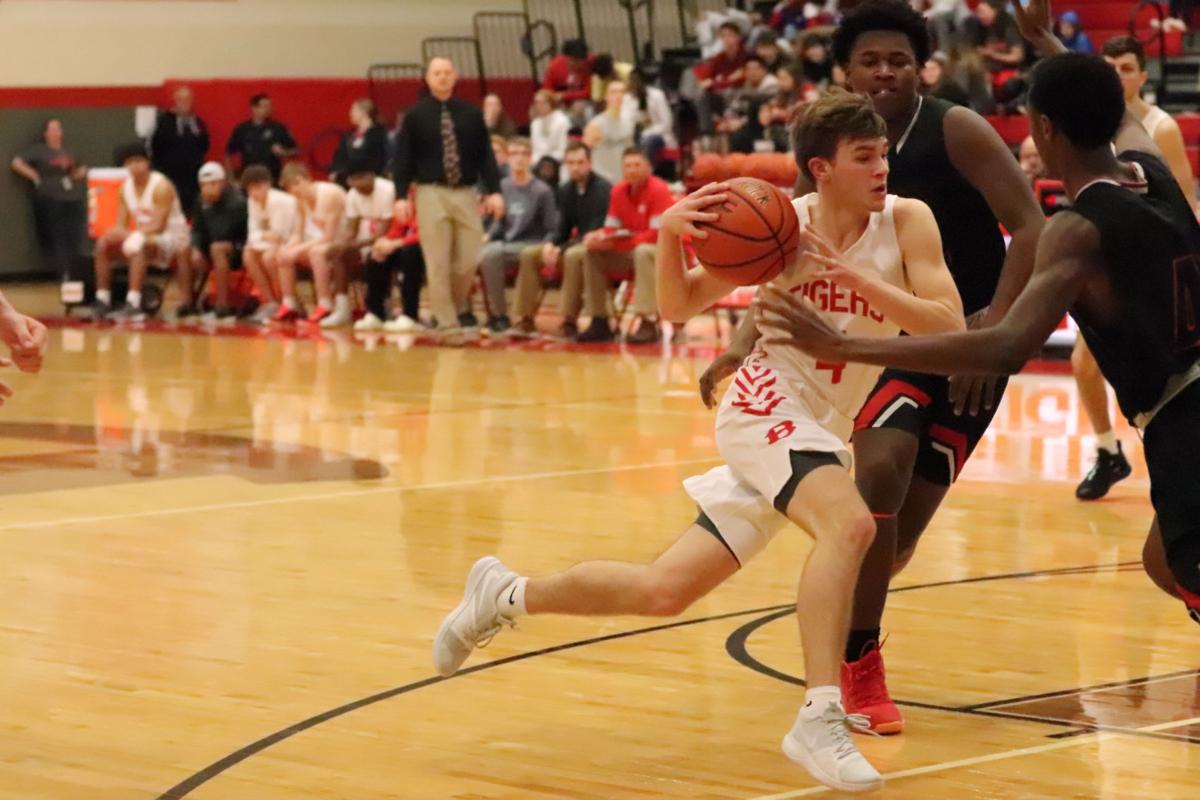 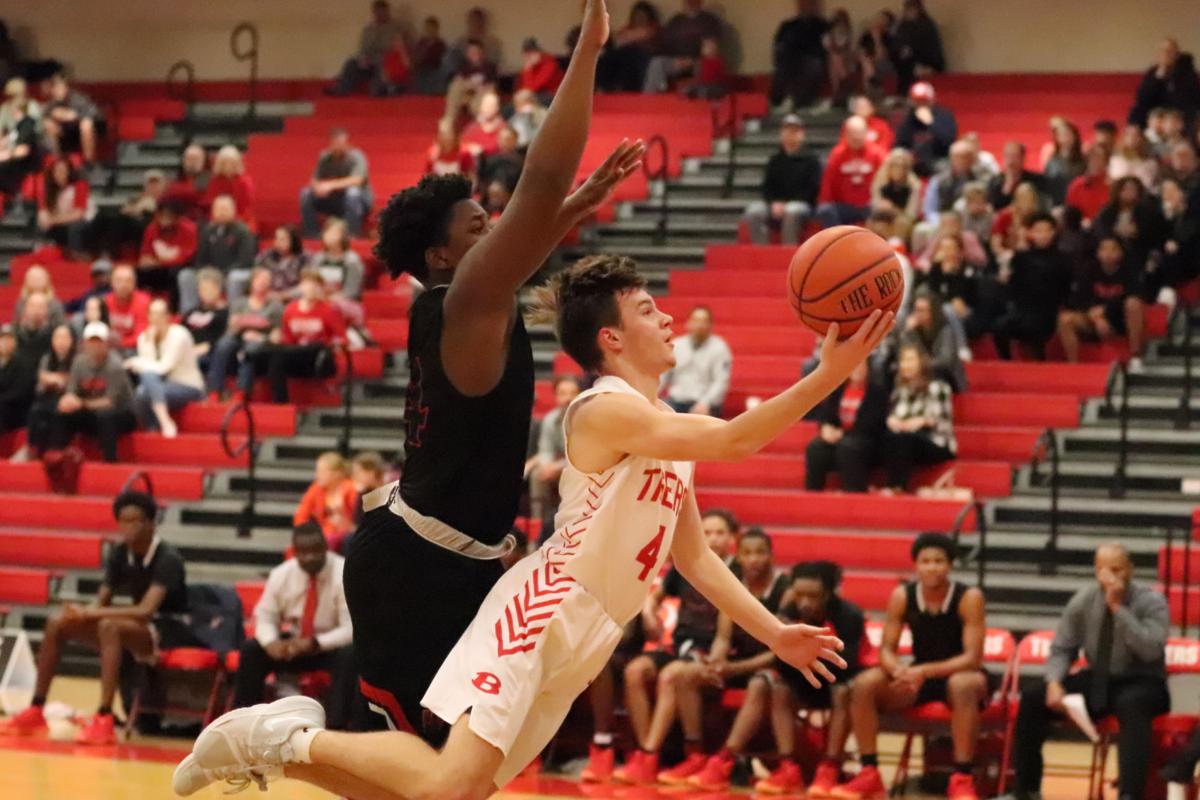 Belton's Luke Bramlett (4) is fouled on a layup by Harker Heights' Terrence Carter on Friday in Belton. 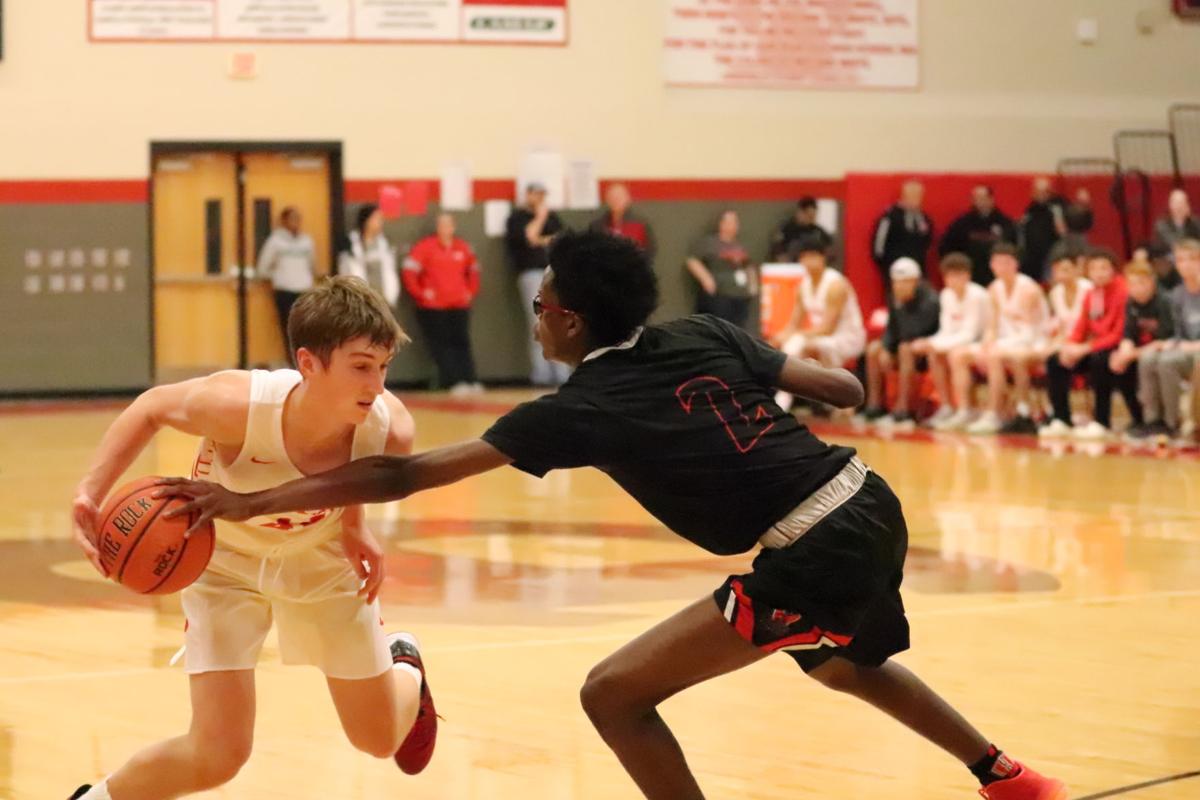 Belton's Luke Bramlett (4) tries to get past Harker Heights' Ryan Chamberlain on Friday in Belton.

Belton's Luke Bramlett (4) is fouled on a layup by Harker Heights' Terrence Carter on Friday in Belton.

What did matter was they knew what was on the line, and they didn’t want it to slip away.

The Tigers outscored the Knights by 12 points in the final quarter en route to a 58-46 win at Tiger Gym in a critical District 12-6A contest.

“It was huge,” Belton guard Josh Rardin said of the victory. “Most of the teams in our district are fighting for the fourth spot. Everybody is neck and neck right now. We know whatever happens (around the district) we will be tied for fourth. It puts us in a good spot for the second half of the season.”

The Tigers (20-8, 4-4) and the Knights (3-5 district) entered the night tied for fifth and one game behind Temple and Shoemaker, who battled each other Friday, meaning the winner at Tiger Gym would be tied for fourth.

“We knew it was an important week,” Belton coach Jason Fossett said. “We had Cove and Heights, two teams we were jumbled with. We thought if we could get to 4-4 anything can happen.”

For much of the game it looked like the Knights would reach the .500 mark in league.

After Belton scored the opening basket, Harker Heights rolled — leading 13-7 after the opening frame, 23-21 at the half and 35-34 after three — and didn’t allow Belton’s top scorer TJ Johnson get any open looks. Johnson had just five points through 24 minutes.

The Tigers remained competitive, though, thanks in large part to their defense, led by Rardin, who came down with several big steals and finished the game with 11 points.

“We shouldn’t have been in this game,” Fossett said. “We had no business being in it when you turn the ball over on seven of your first eight possessions of the half.”

Rardin’s play along with a 3-pointer by D’emante Smith right before the first half ended gave the Tigers some confidence at the break.

“When you go in and only have 18 points you aren’t feeling to good about yourself,” Fossett said. “But you go in down just 23-21 you think ‘Well, maybe there is some life there.’ And I thought that 3 by D’emante was the play of the game.”

Johnson broke the game open in the fourth, scoring 15 — including eight free throws — of his team-high 20 in the frame.

“We didn’t play any defense,” Harker Heights coach Celneque Bobbitt said of the fourth. “Didn’t play defense, lost focus on our man, and didn’t make easy buckets. We did a good job stopping (Johnson) and then kind of lost focus.

“We’d been on a roll, playing some good basketball and this would have put us right back in the mix. We just lost focus.”

It was especially satisfying for the Tigers, who suited just eight players because of injuries. And late in the first quarter, Itty Thomas injured his knee and did not return, leaving Belton with just seven players the rest of the night.

“I’m so proud of this group of guys,” Fossett said. “I’ve got just about as many guys sitting on the bench hurt as I have playing. They just found a way to win.”

COPPERAS COVE — Their outcomes were different, but the feelings were mutual.