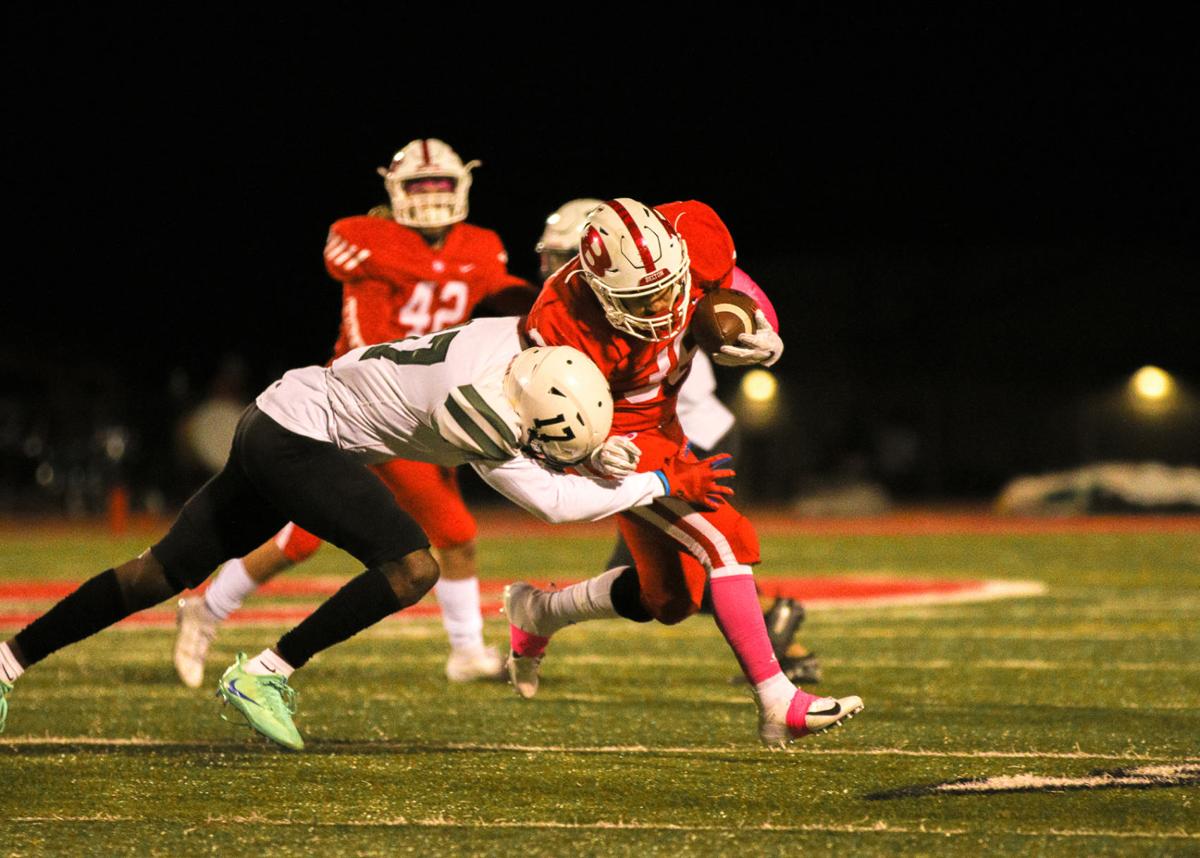 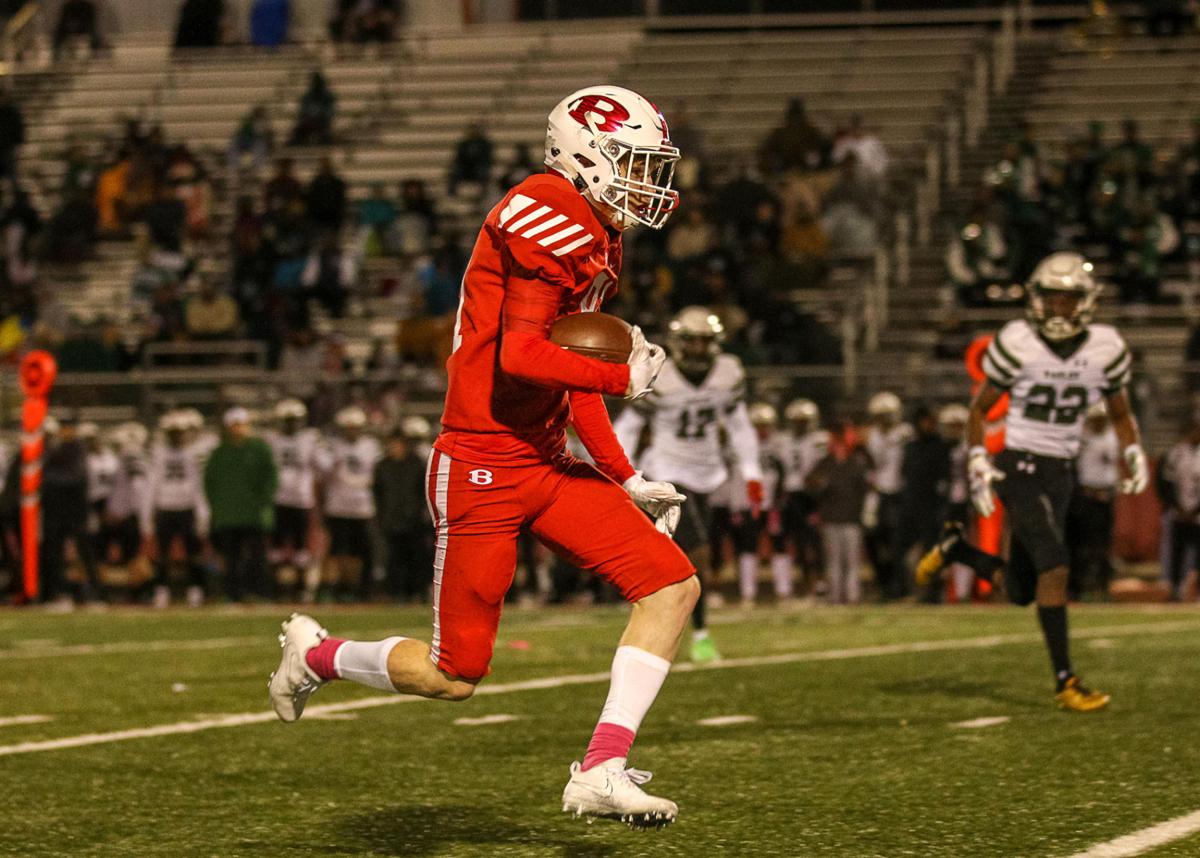 Belton's Seth Morgan races to the end zone against Ellison on a 41-yard TD reception Friday in Belton. 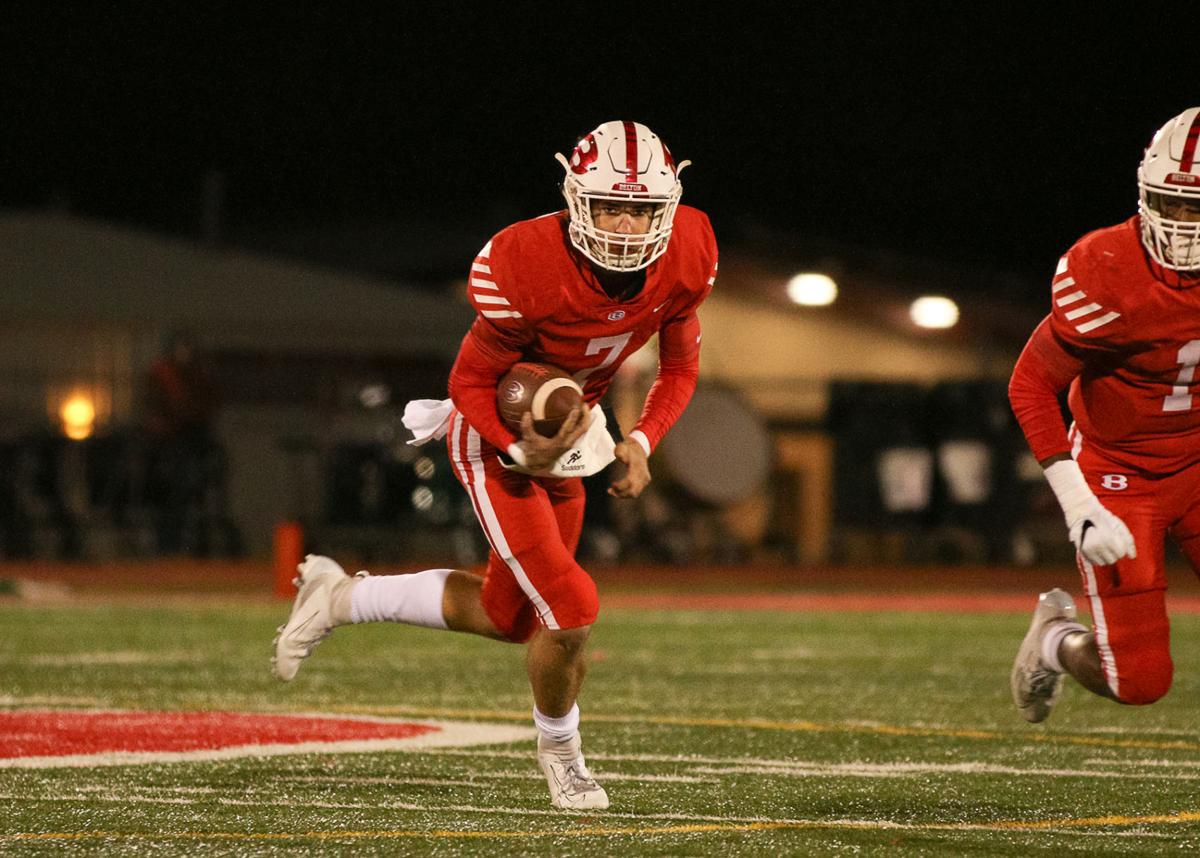 Belton's Seth Morgan races to the end zone against Ellison on a 41-yard TD reception Friday in Belton.

Needing a win to keep itself in the playoff hunt, Belton essentially played keep away with Ellison’s high-powered offense. The Tigers neutralized elusive quarterback Breezion Spiller and his collection of play-making cohorts by controlling the time of possession — including an opening drive that consumed 9 minutes of the first quarter — the defense hunkered down when it had to, and the result, a strong-willed 14-12 victory, was quite rewarding at such a crucial time.

“We were going to have to keep their offense off the field, and we did that,” said Skidmore, who lauded his team’s effort. “They have grit and they fought. I’m just so proud of our kids.”

Perhaps the cold, stiff wind that swept across Tiger Field on Friday brought with it a shift in Belton’s postseason hopes in a topsy-turvy season to date. The Tigers (3-5, 3-3 District 12-6A), who snapped a three-game losing streak by beating the Eagles (2-7, 2-5) for the 11th time in a row, also got some help from Copperas Cove, which defeated Harker Heights on Friday.

“That’s all Belton football, baby. You have to have passion for your brothers. Can’t be selfish. We don’t care about downfalls. Everybody has their ups and downs. We came out to play,” said Tigers defensive end Malik Jackson, whose fourth-down sack of Spiller gave the ball back to his team’s offense, which fittingly ran out 3:22 of the remaining 3:24.

There was plenty to celebrate: the Tigers offense, led by sophomore quarterback Wriley Madden in his first start while filling in for Ruben Jimenez, maximized 187 total yards by sustaining three drives of 6 minutes or more; and the defense recovered a fumble, forced Ellison to give it up on downs three times and, despite Spiller racking up 113 yards rushing and running back Damashja Harris picking up another 129, held the Eagles 139 yards below their total season average.

Madden finished 4-of-4 for 90 yards with touchdown passes to Kabyl Utley and Seth Morgan. Javier Luna churned out a tough 61 yards on 20 carries and Mike Davis added another 46 on 17 touches. It wasn’t much. But it didn’t have to be. Belton ran 29 first-half plays to Ellison’s 16 and finished with a 53-37 advantage in that category.

“Our defense balled out in that second half because (the Eagles) have some of the most dynamic play-makers in the district,” Skidmore said. “I’m very proud of our offensive line. New starting quarterback did a great job managing and a great job with decision making.”

With Madden at the helm, the Tigers eased in with a 14-play, 90-yard, 9-minute drive that featured two fourth-down conversions. The second of those was Utley’s 12-yard TD reception that first deflected off of two Eagles defenders at the goal line before the senior corralled the ball to put the Tigers ahead with 2:50 to play in the opening quarter.

Belton extended its next possession with another fourth-down conversion, and three plays later trickery ensued when Madden got the ball back on a double-reverse flea flicker and hit Morgan for a 41-yard score and 14-6 advantage 10:34 before halftime.

Harris had a 5-yard TD run early in the third to get Ellison within 14-12.

“We had a young quarterback come in and step up in a big role. Offensive line stepped up and we ran the ball,” Belton offensive lineman Chris Brown said. “This is crazy. I’m so happy for my teammates right now. God is great. This is a big win.”

Copperas Cove ended one streak. Now, the Bulldawgs intend to begin another.