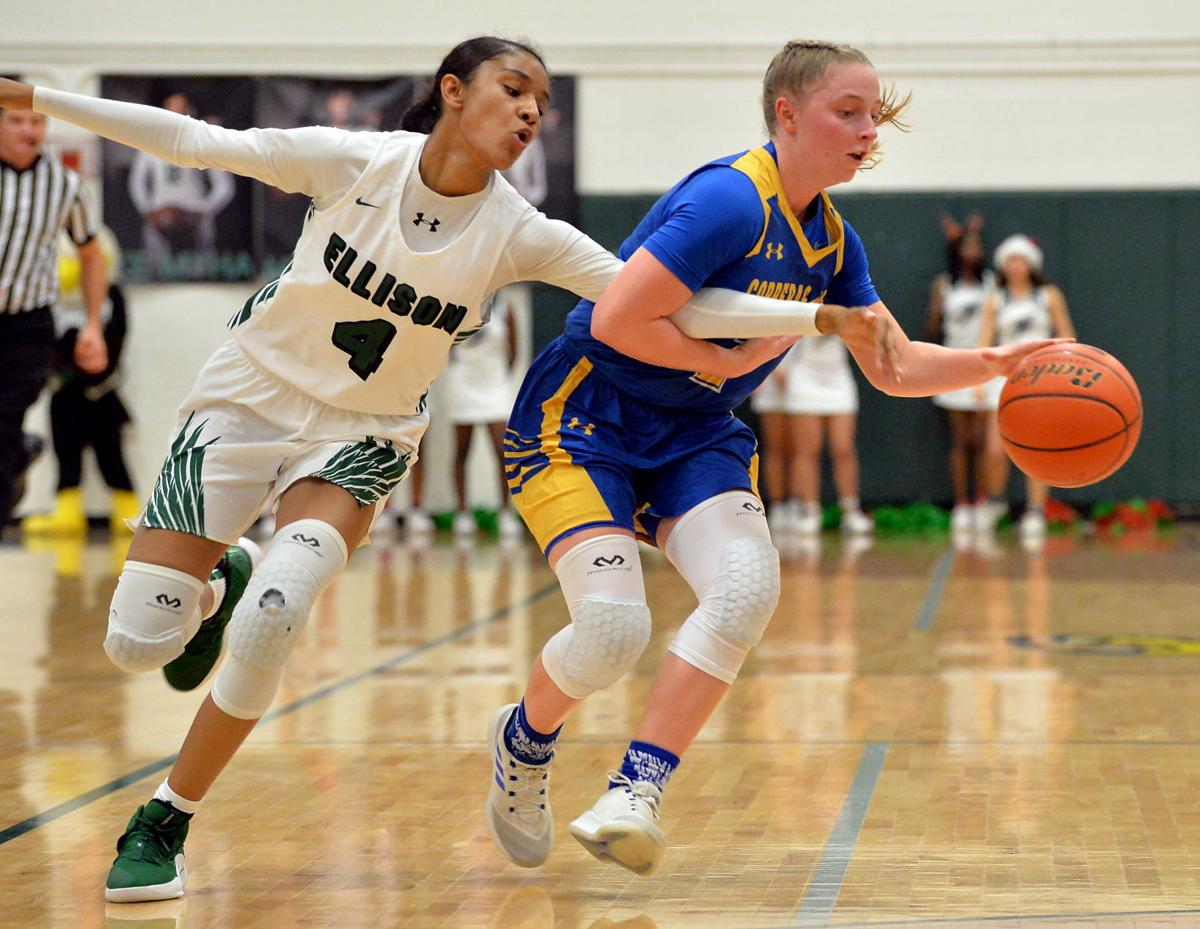 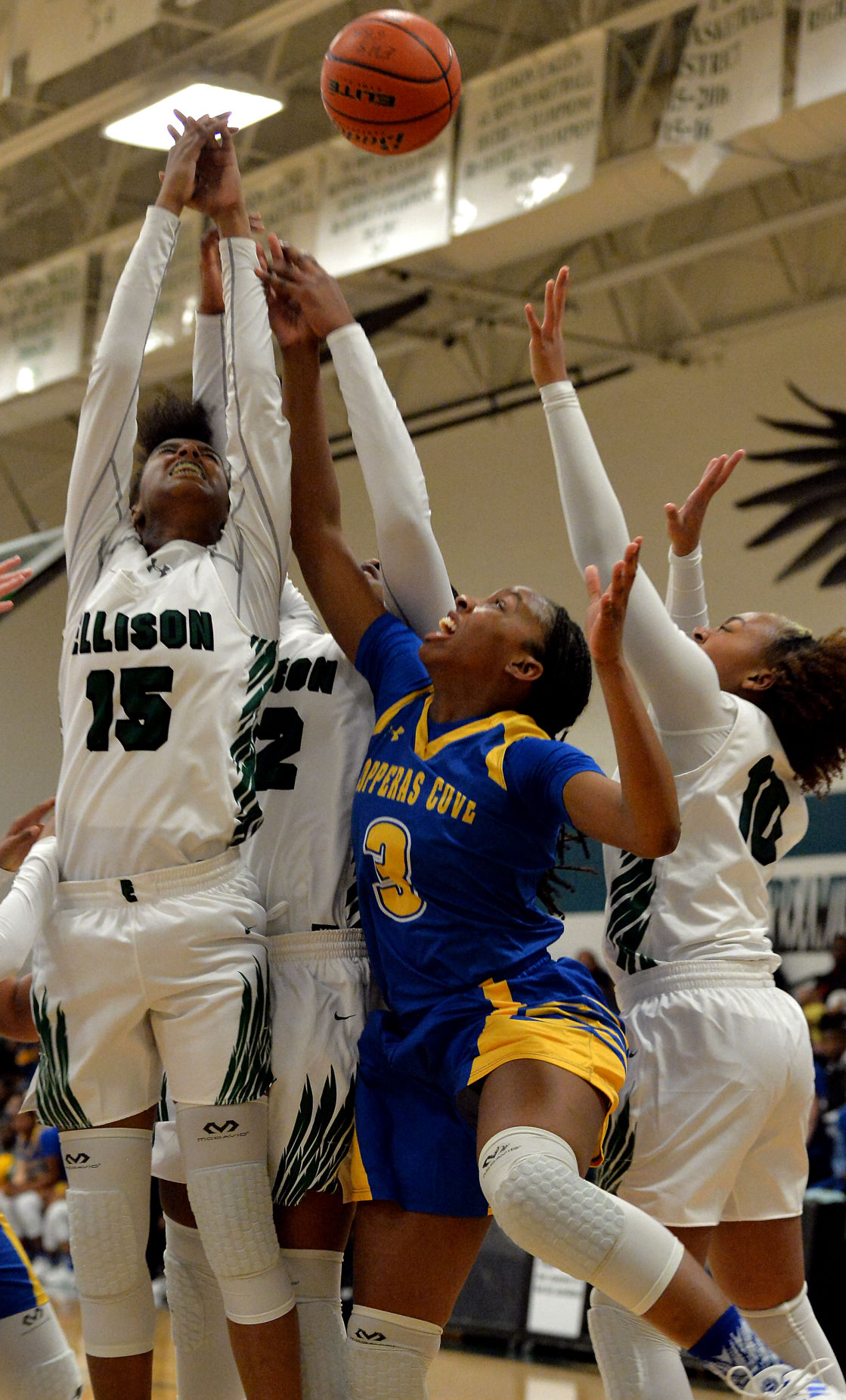 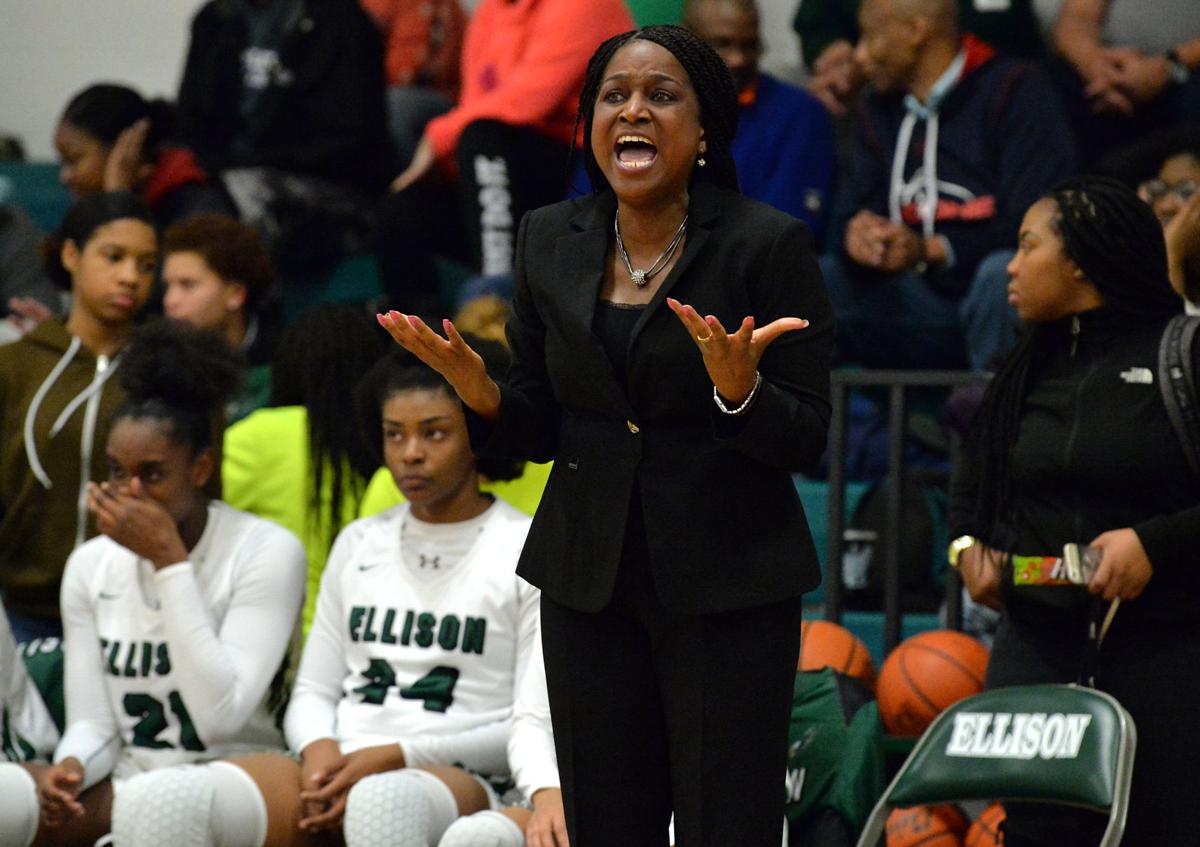 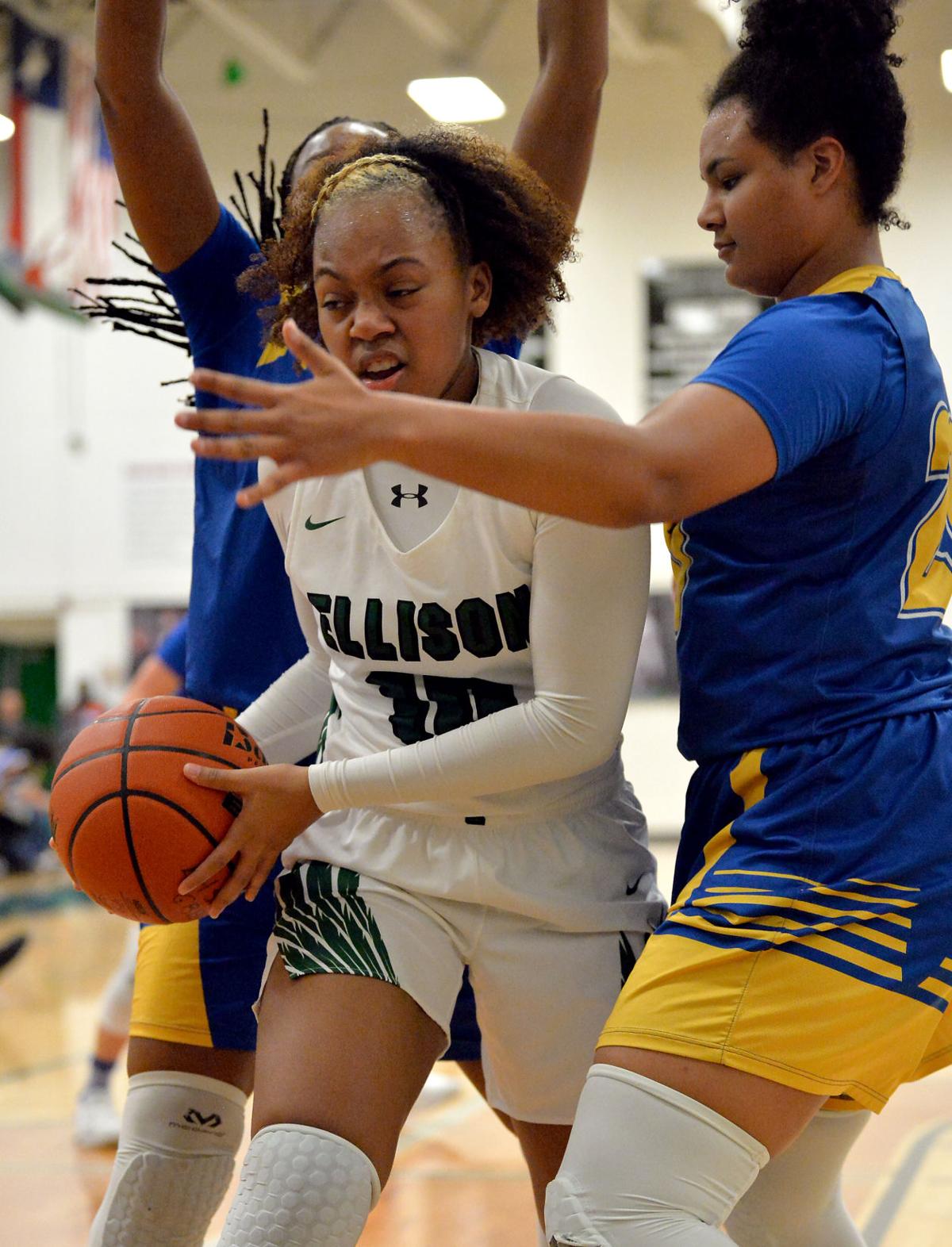 Ellison's Amani Bradshaw is cut off at the baseline by Copperas Cove's Kaysha McCloud in a Distrcit 12-6A matchup Friday at Ellison. 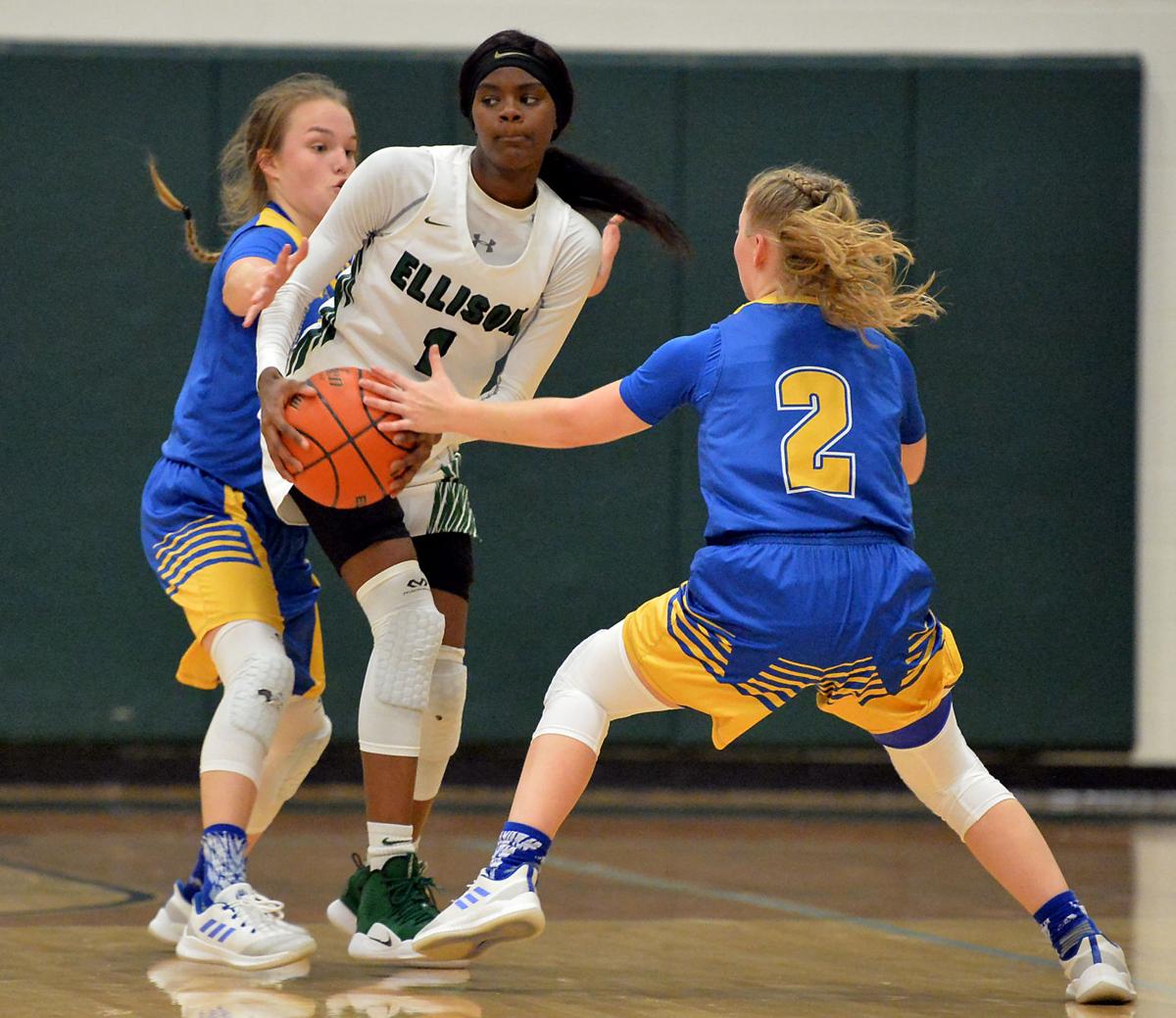 Ellison's Amani Bradshaw is cut off at the baseline by Copperas Cove's Kaysha McCloud in a Distrcit 12-6A matchup Friday at Ellison.

Madisen Honea believes it was more than a win. It was a statement.

For the past two seasons, Ellison owned the series, winning all four games against Copperas Cove while remaining one of the district’s elite programs.

On Friday, however, the Lady Eagles’ dominance ended.

The Lady Bulldawgs never trailed in the road contest, constructing an immediate double-digit advantage before winning 58-43, giving Copperas Cove its first victory against Ellison since Jan. 26, 2016.

“This definitely shows that we can beat any team in our district,” Honea said. “This is the game we wanted, and this is what we’ve been fighting for all season.

“Knowing that we wanted to win this game, it gives us the energy and the momentum to keep going and fighting in practice. Now, we know we can just keep going from here.”

But the Lady Eagles responded.

Led by a six-point quarter from Deajia Brown, Ellison used a 16-4 out

burst to trim the deficit to a single digit at 21-20 following Alina Simon’s layup with 69 seconds remaining until halftime.

The Lady Eagles would not complete the rally, though.

The Lady Bulldawgs recorded 14 unanswered points in a surge bridging into the third quarter, and the run was critical, according to Copperas Cove head coach Eldridge McAdams.

“At halftime,” he said, “I told the girls that we have to continue playing with energy. We can’t just settle when we get a little lead and play relaxed.

“Sometimes, the third quarter is our Achilles heel, so to come out and do that was definitely big.”

Ellison (6-9, 1-2) did not pull within single digits for the duration of the game.

Amani Bradshaw scored a team-high 11 points for the Lady Eagles in the loss, while Brown had nine points and four rebounds. Nylia Mobley, who scored six points, and Di’ambria Whyte each hauled in six rebounds for Ellison.

Now, Copperas Cove will look to earn its third consecutive district victory Tuesday, when it hosts Waco, and although the Lady Bulldawgs will be riding a wave of momentum entering the game, McAdams knows his players cannot become complacent.

“There were definitely some things that went wrong,” McAdams said, “but when you come out with a road win, especially at Ellison, I’ll take it.

“The girls came out with energy … and that’s where the difference was. If I had to sum it up, we won because we played with energy.”