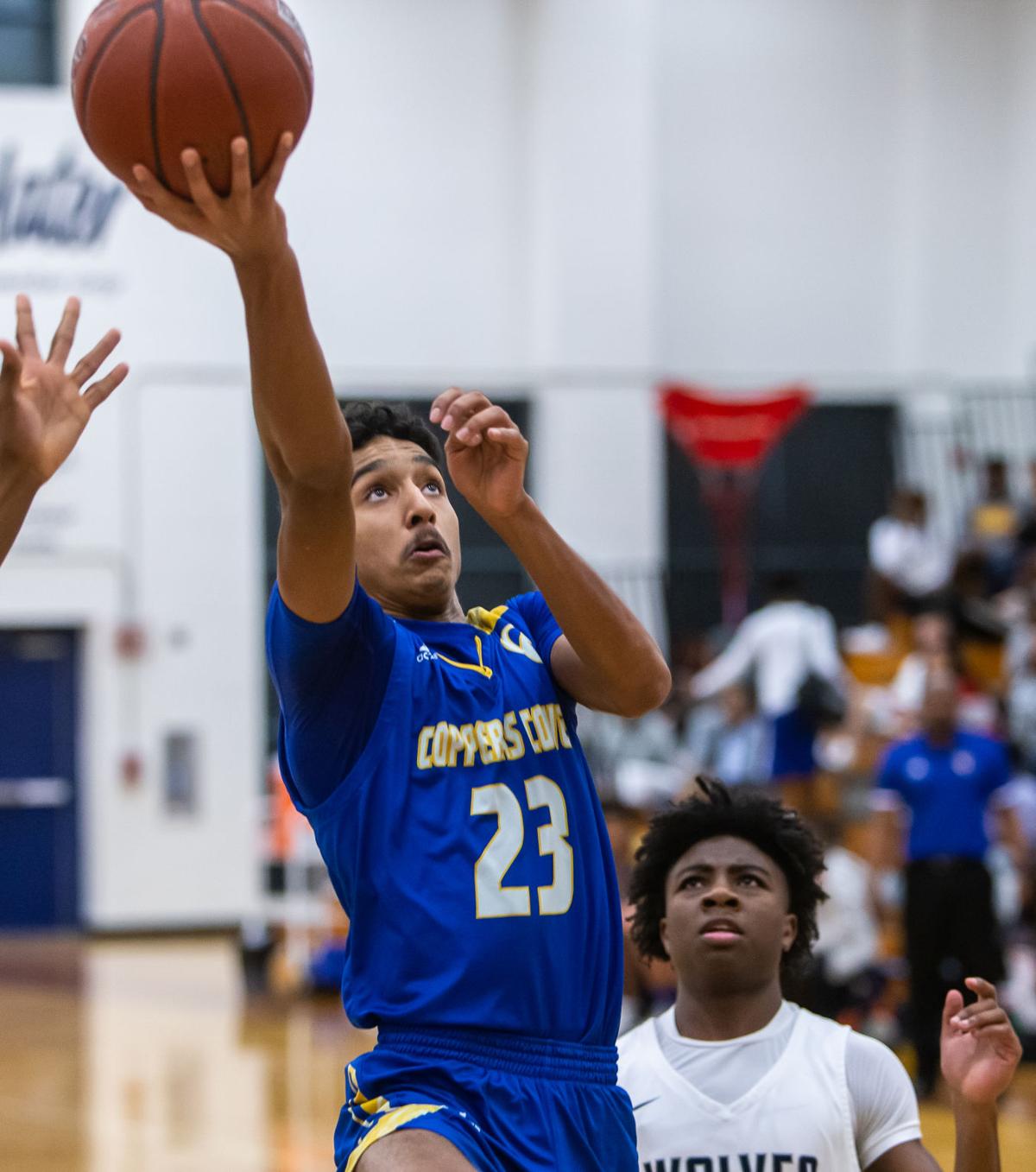 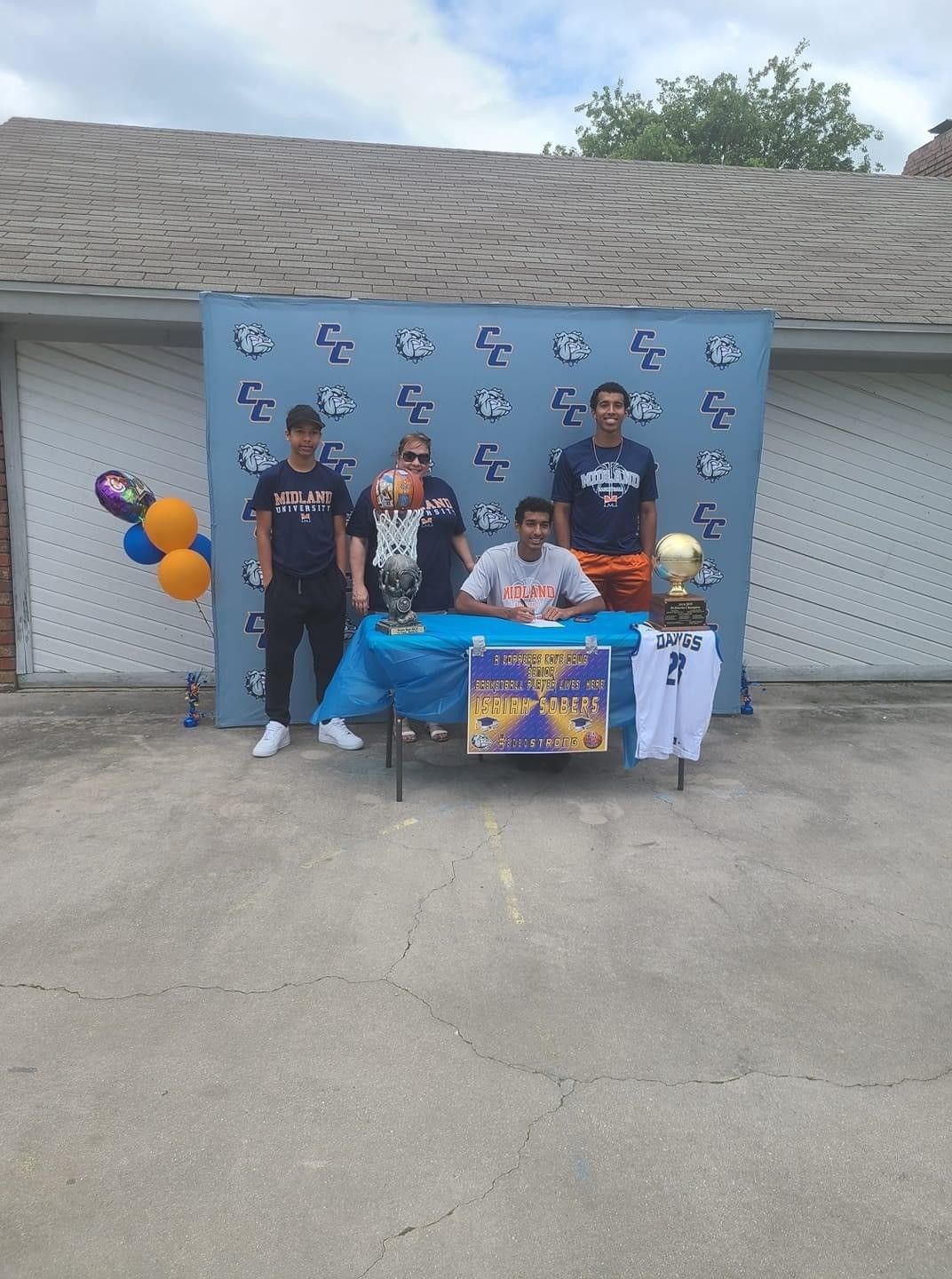 Copperas Cove basketball player Isaiah Sobers, seated, signed with Midland University during a ceremony at his home on Friday.

Copperas Cove basketball player Isaiah Sobers, seated, signed with Midland University during a ceremony at his home on Friday.

Like many others that have taken place with schools closed during the ongoing coronavirus pandemic, it was held at his home. But at least the virus didn’t affect much of his recruiting. He’d already made his arrangements with the NAIA school in Fremont, Nebraska, about 30 miles northwest of Omaha.

With gyms closed, too, however, the virus has disrupted his offseason routine.

“Yes. It sucks,” he said, “’cause I can’t really go to a gym. I have a basketball goal at my house, but sometimes I enjoy playing against other people and playing inside an (air-conditioned) gym sometimes. You take some things for granted when all this kind of hit.”

Sobers was a two-year letterman at Cove and was picked to the all-district second team in a District 12-6A loaded with talent.

Despite the loss of graduated standouts Quinton Ford and Tyrese Taylor, Sobers helped keep the Bulldawgs competitive in 12-6A last season. At 5-11, they finished seventh in the league, but seven of the losses were by six points or less.

Sobers averaged a team-leading 16.1 points per game and became an effective team leader as well as long-range shooter.

“I think he made over 50 3s this year. That’s close to a Cove record,” said Cove coach Travis Boyce Jr. “I don’t think it’s THE record because I believe I made a little bit more 3s than he did,” he joked.

Sobers will study criminal justice at Midland and is planning to become a police officer or forensic scientist.

“I was always good at picking up on details,” Sobers said. “so I’m kind of torn between a police officer and a forensic scientist right now.”

Boyce said the Midland program is a good fit for Sobers’ style of play. He called Sobers an outstanding player and hard worker — “The type of player that every coach would want on their team.

“He’s definitely going to do some special things,” Boyce said. “I think he has his best years ahead of him for sure when he gets to that college level.”

In the meantime, Sobers said he is trying to bulk up and increase his strength. He’s also following a summer workout his coach at Midland sent him.

That leaves only the Nebraska winters to prepare for.

“I looked up the weather (there) the other day and it ended up being 57 degrees,” Sobers said, “and I thought it was cold in Texas (Friday) at one of my friends’ signings. So I don’t know how I’m going to deal with that.”