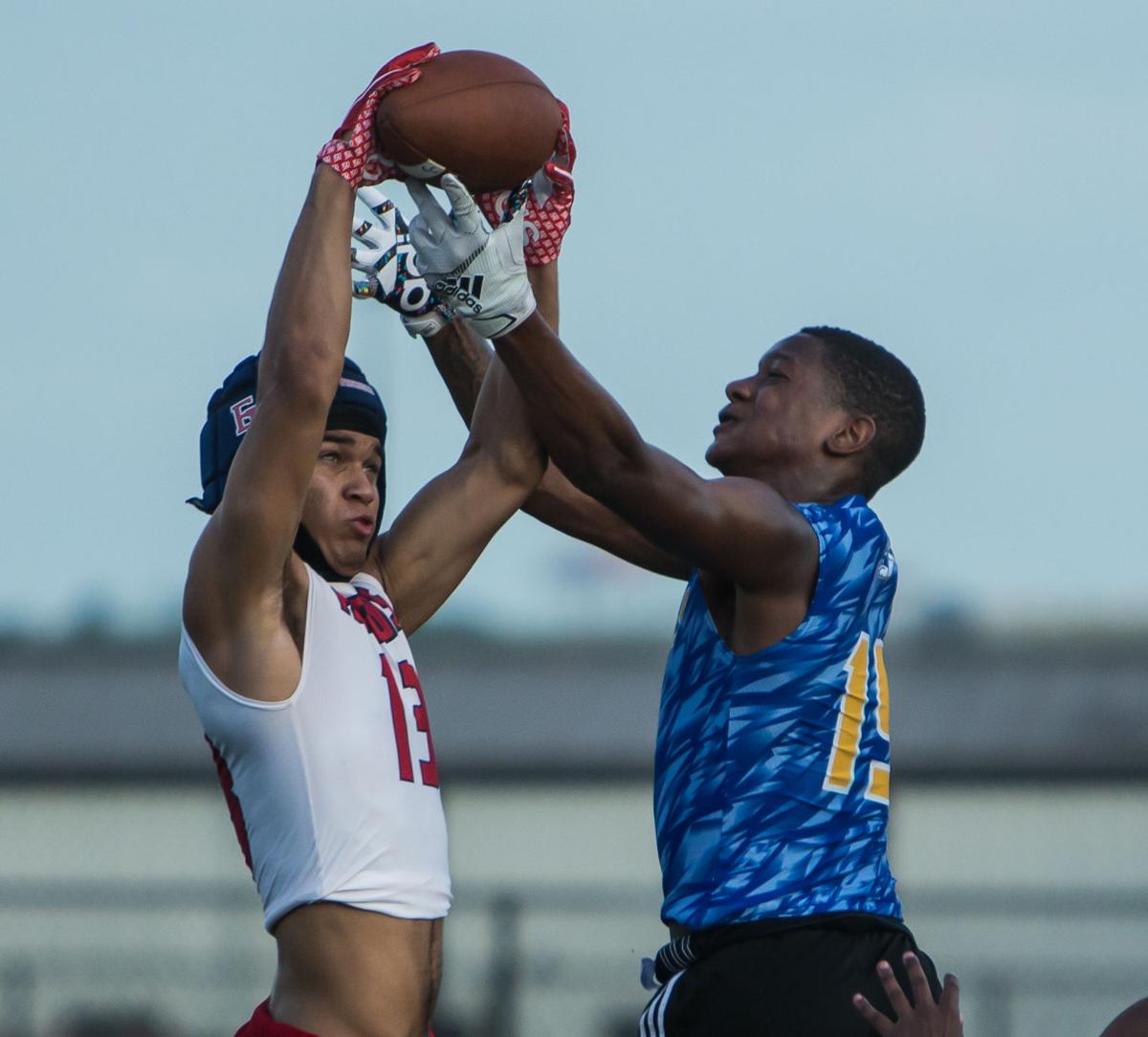 Copperas Cove’s Jaylin Smith, right, battles for a pass with a Georgetown East View defender on Monday in Georgetown. 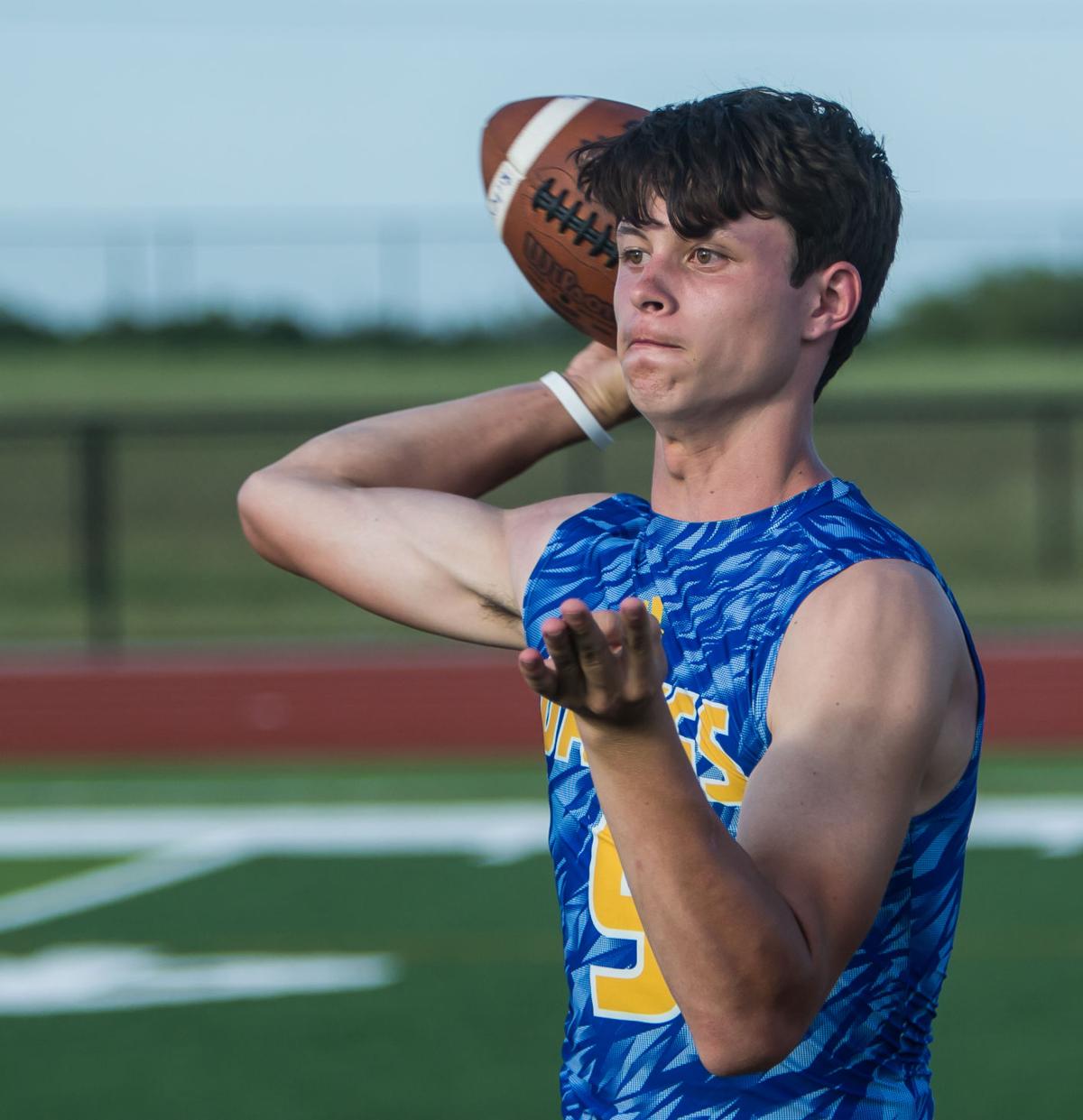 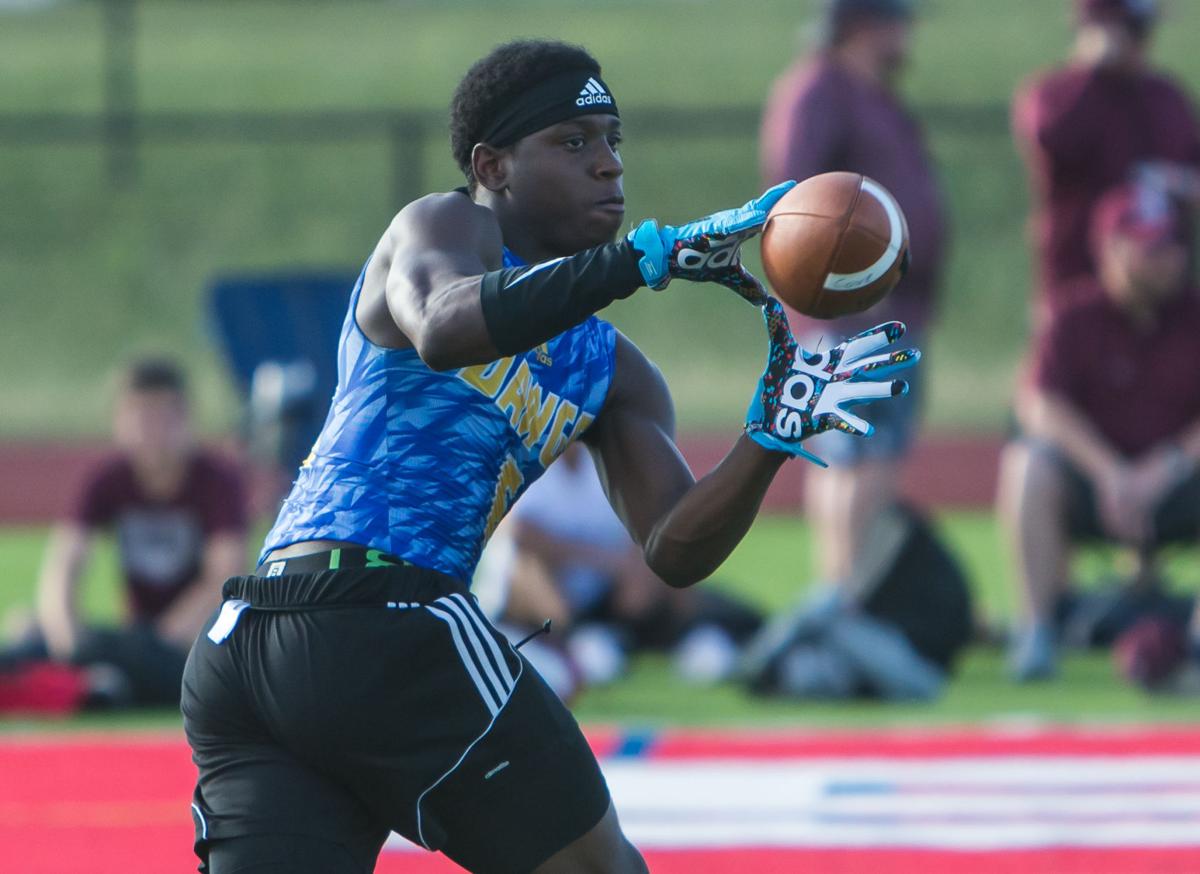 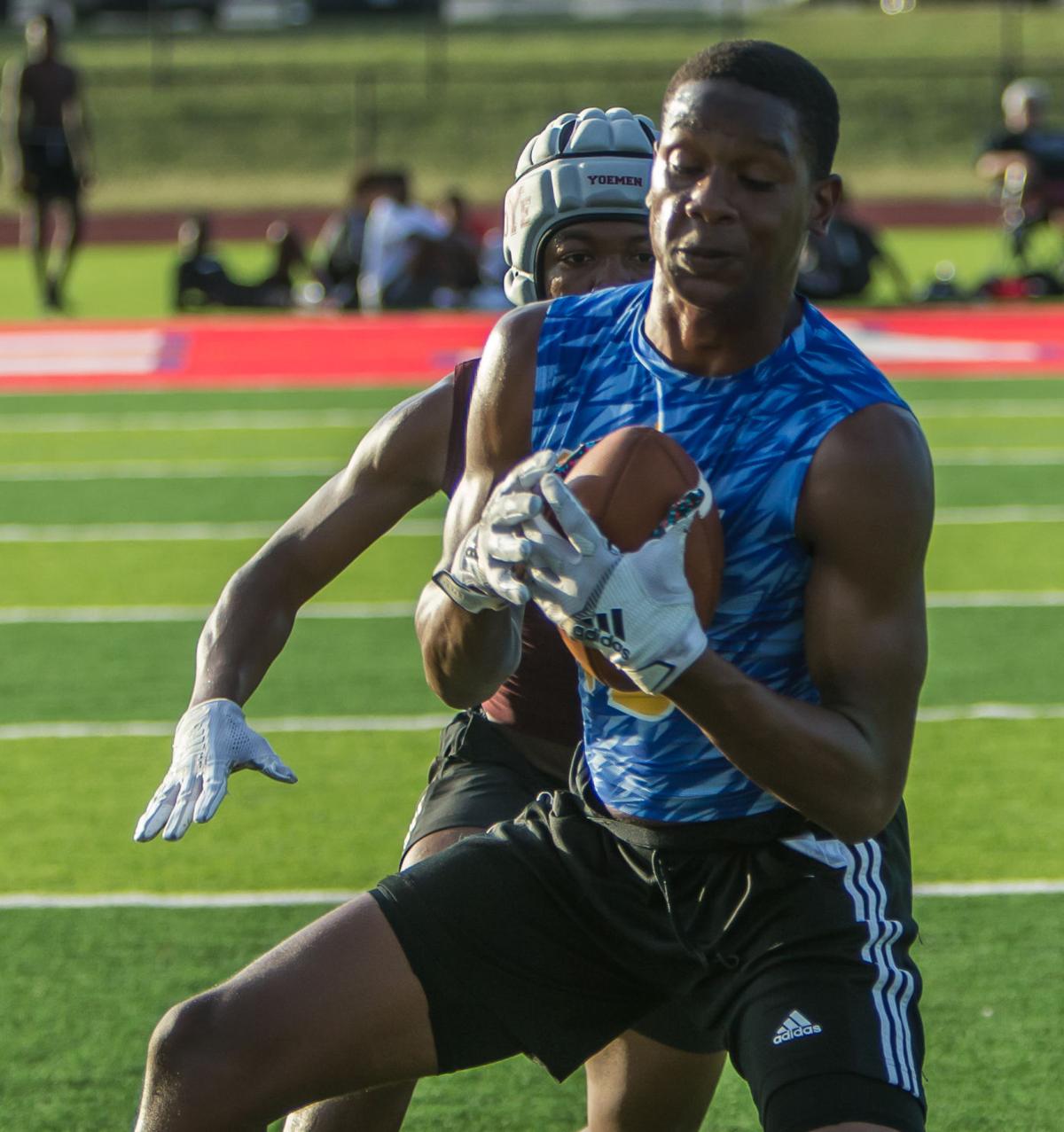 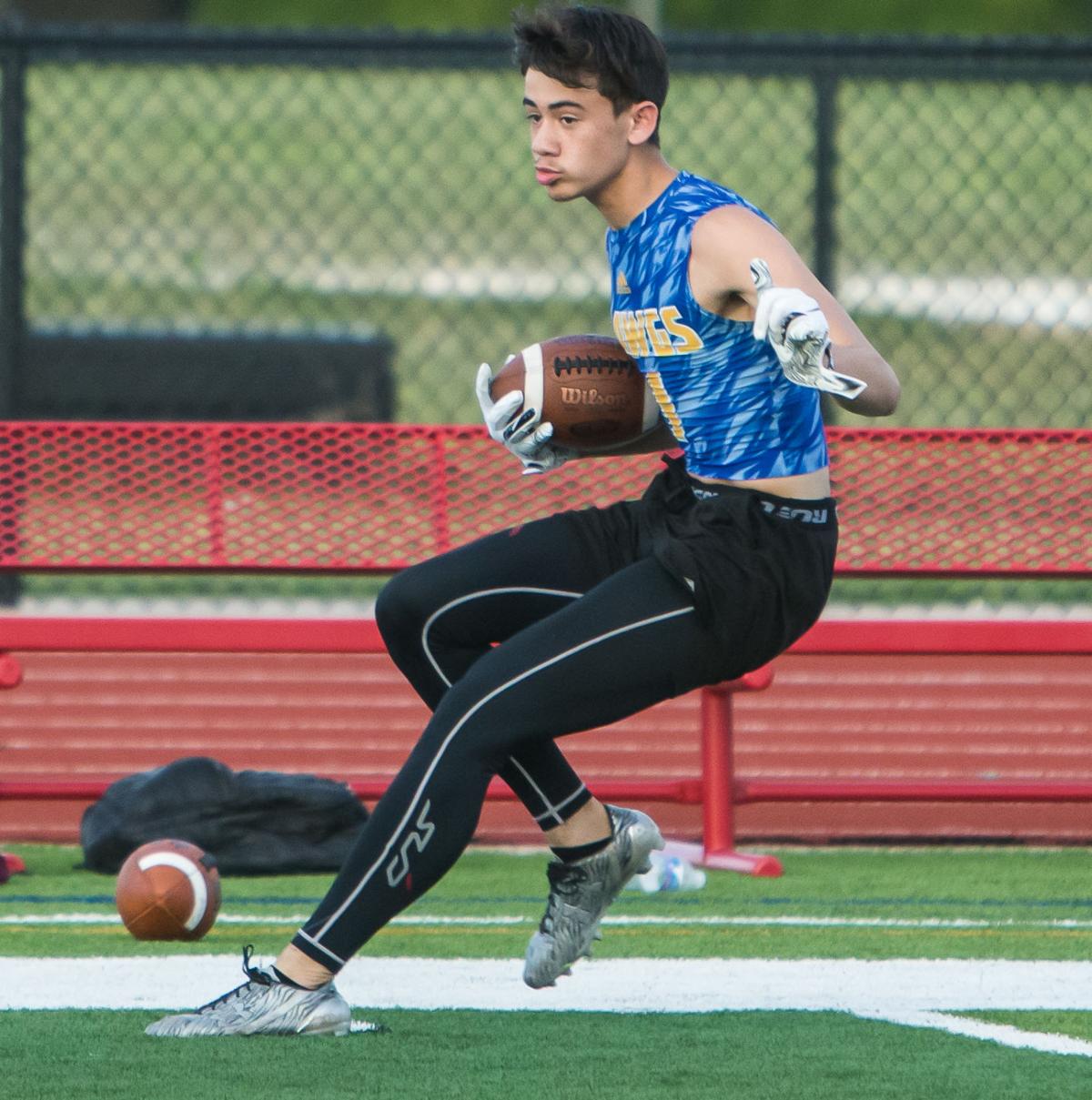 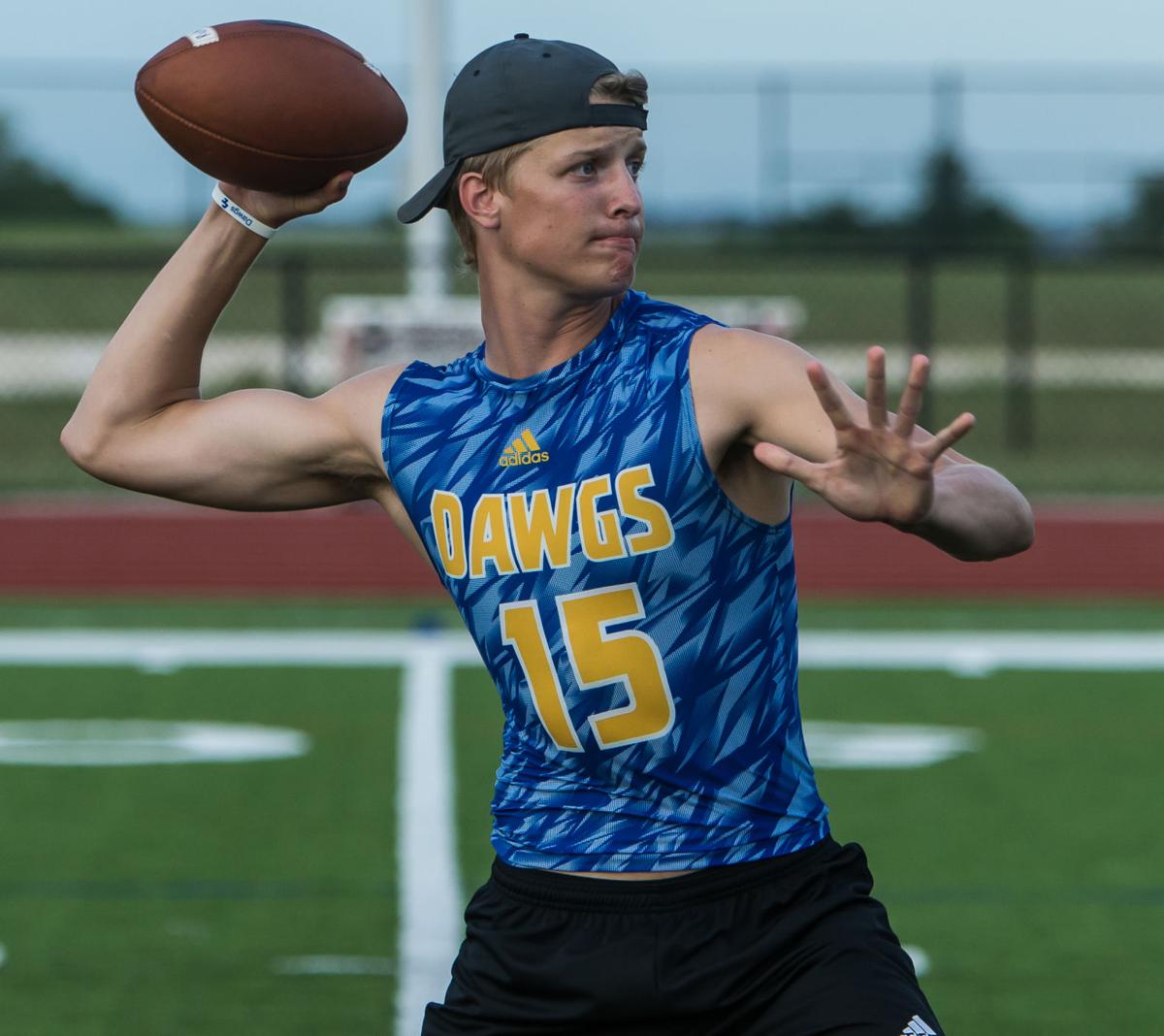 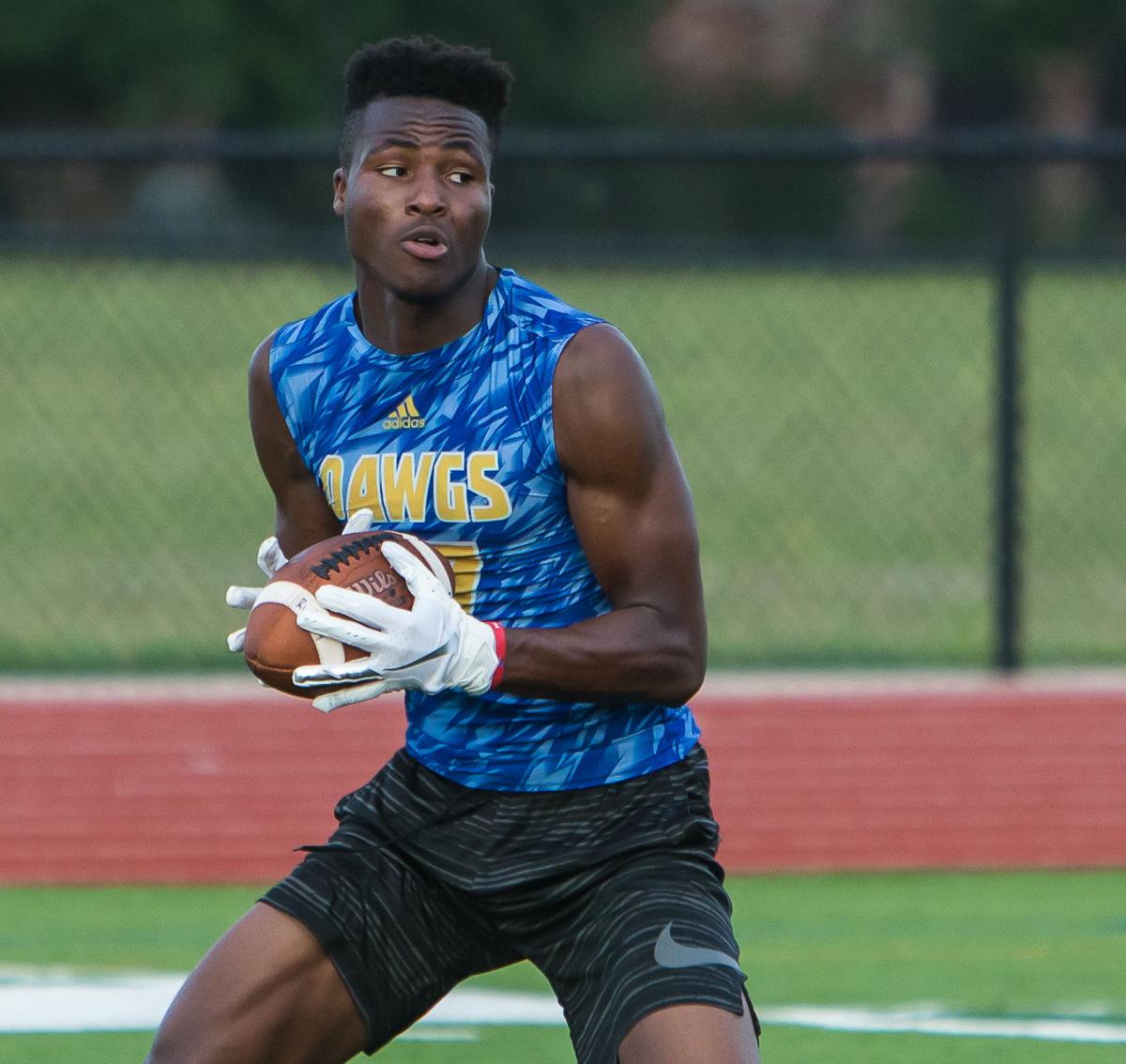 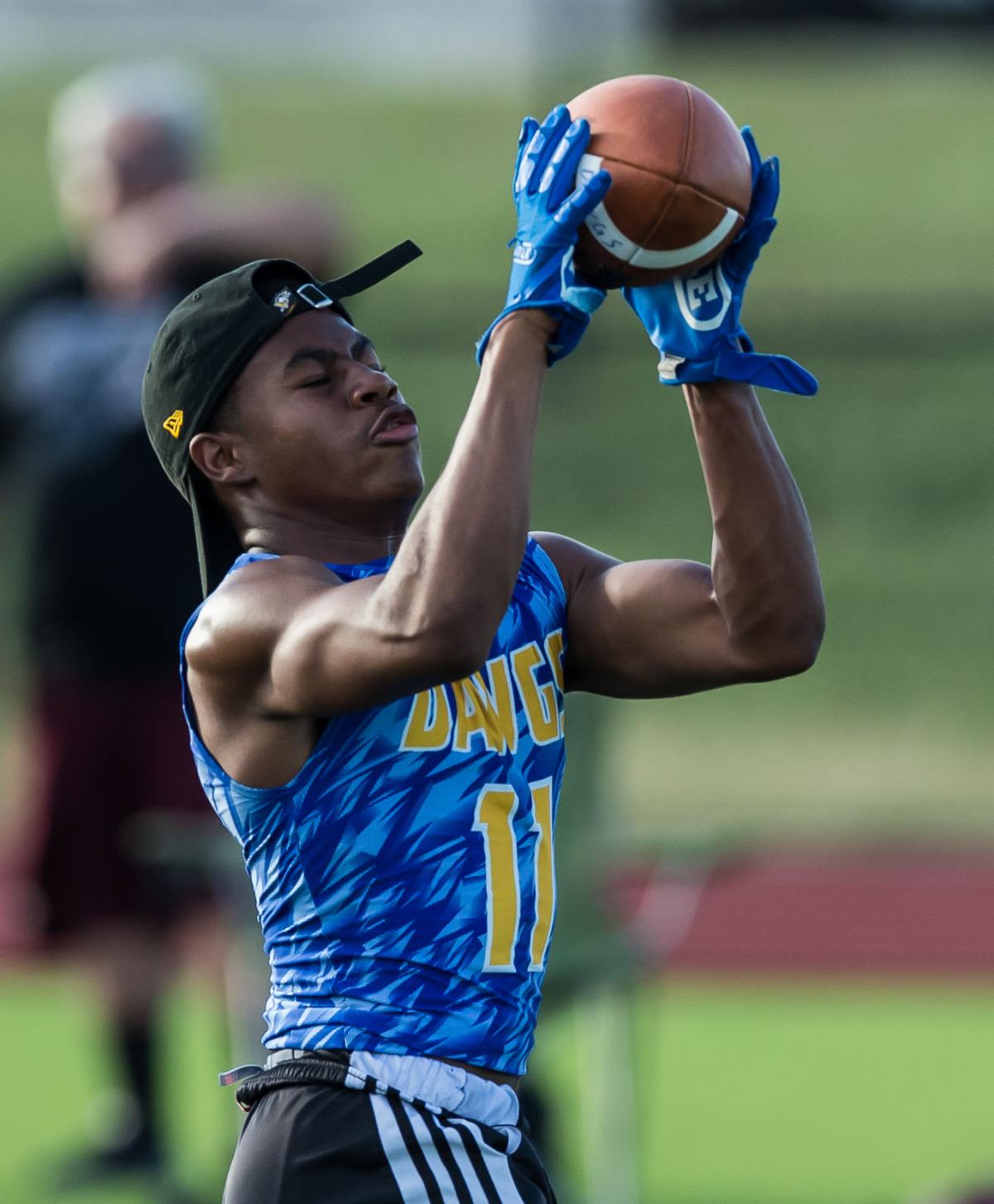 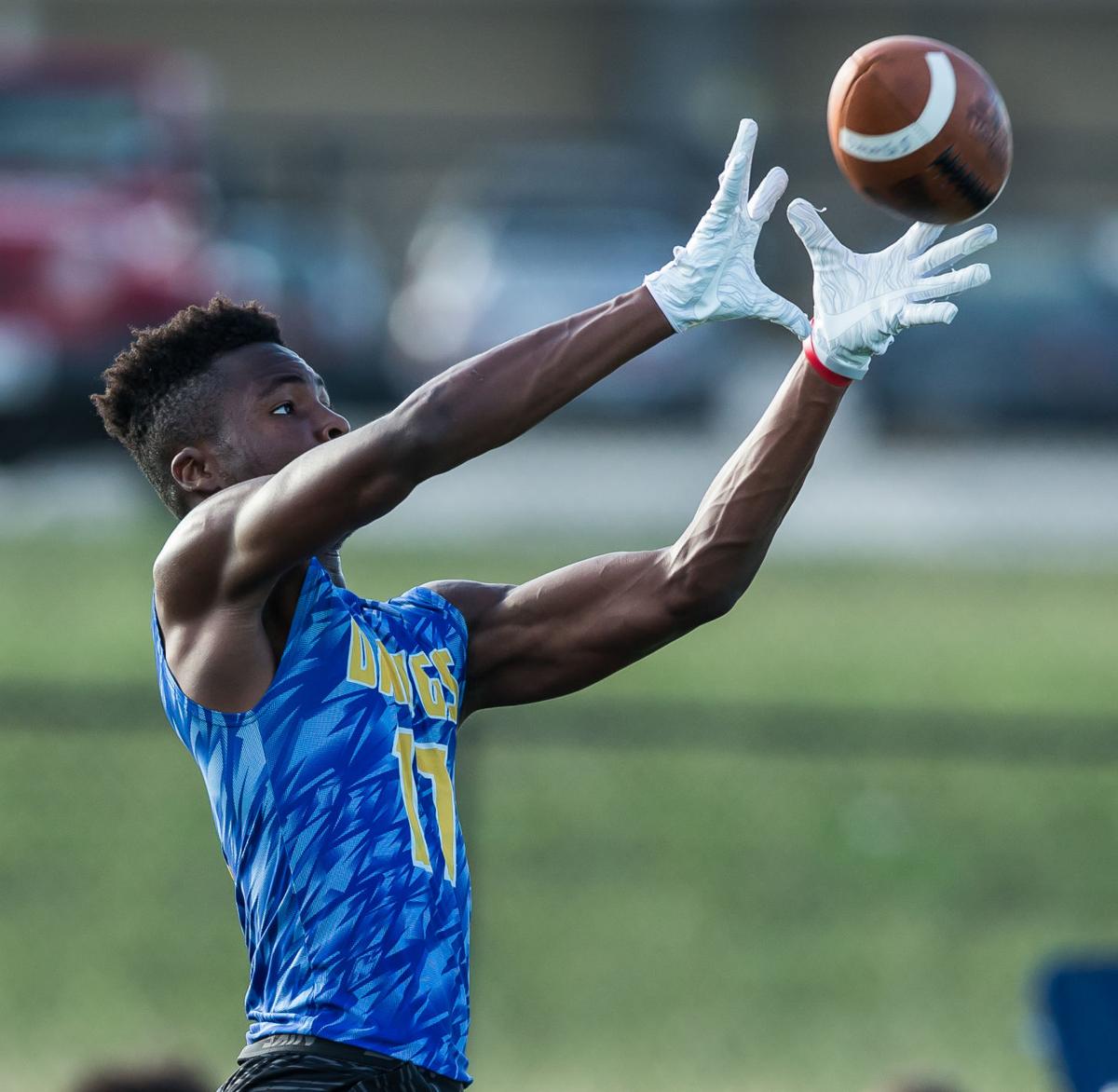 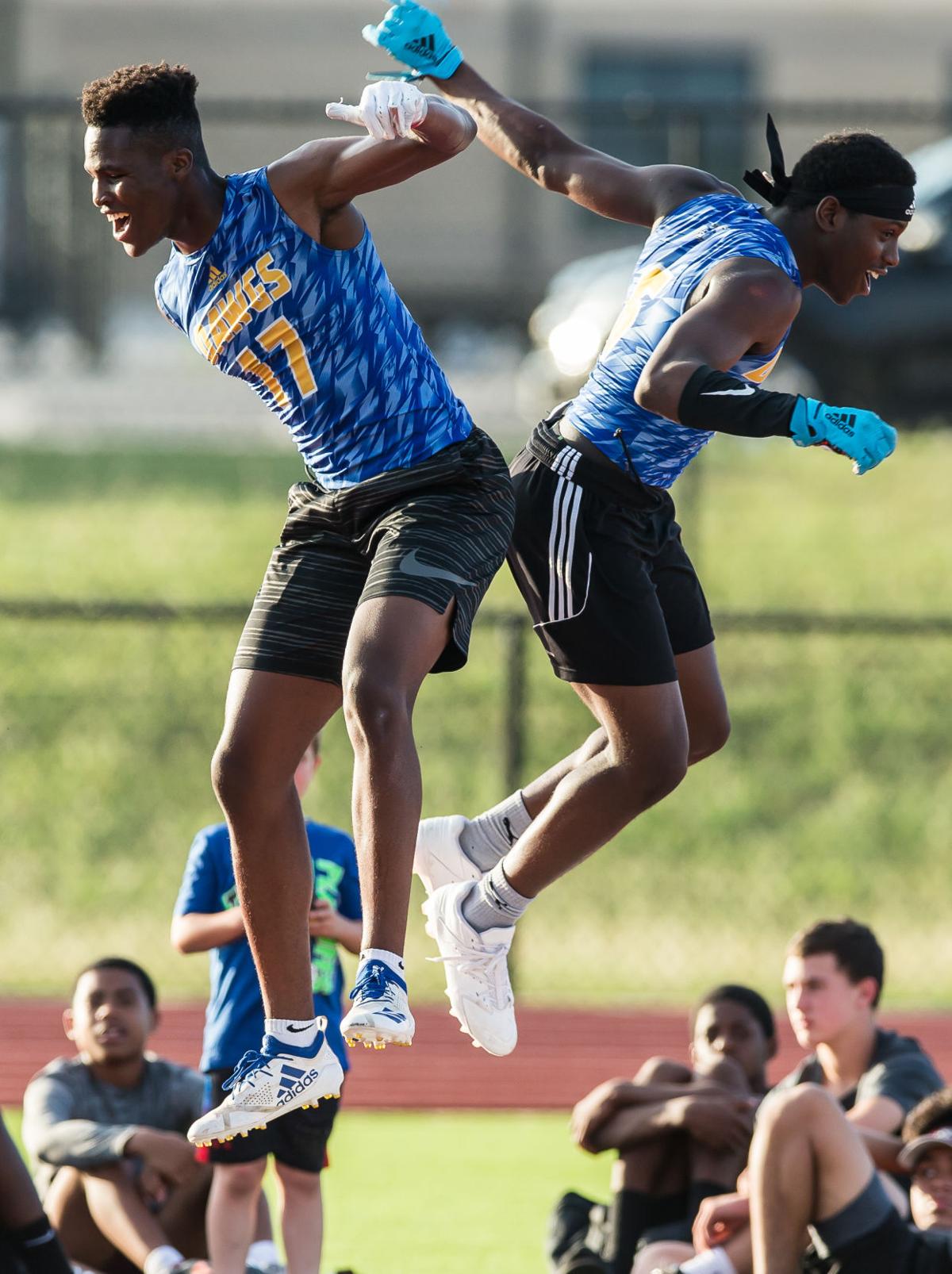 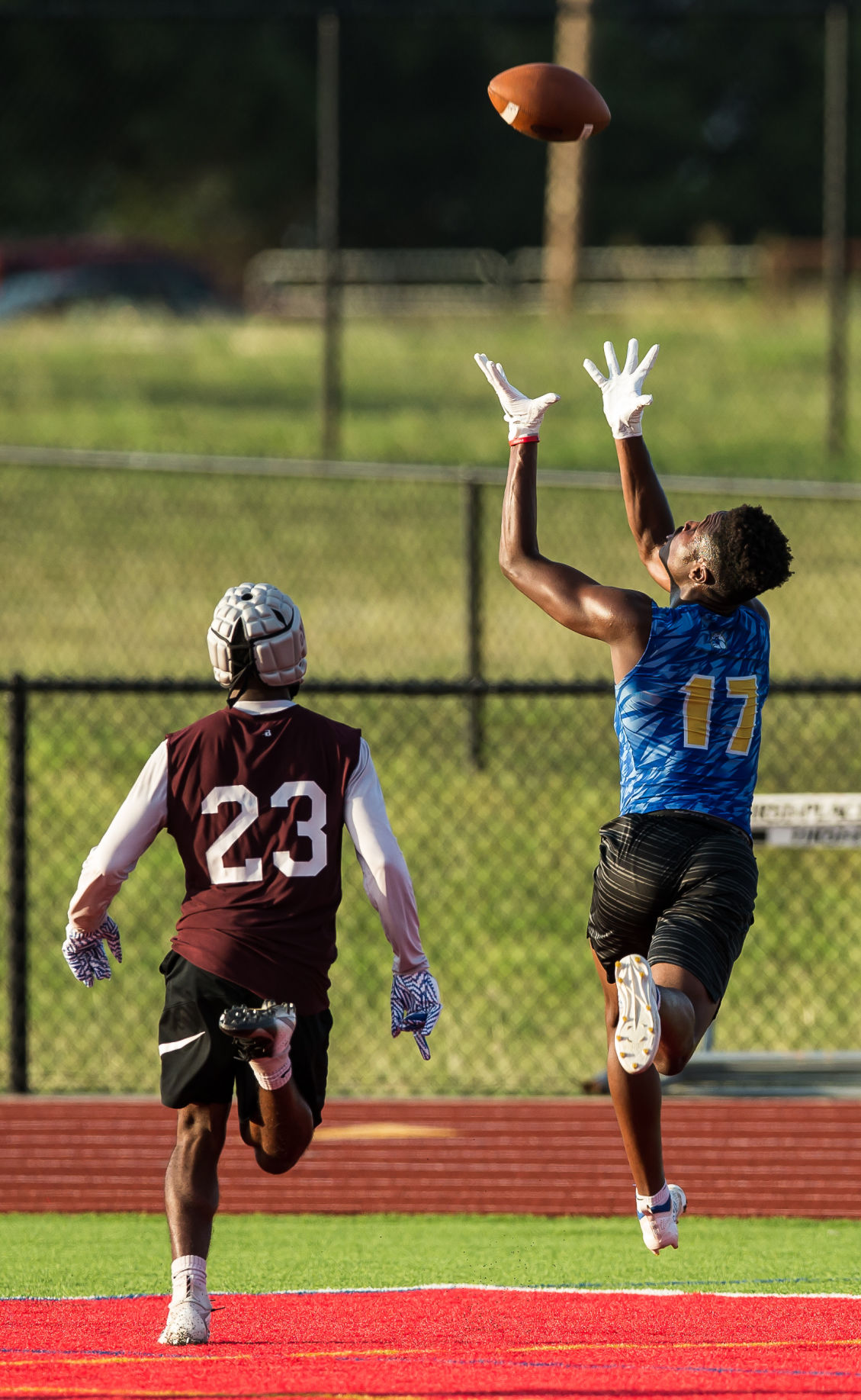 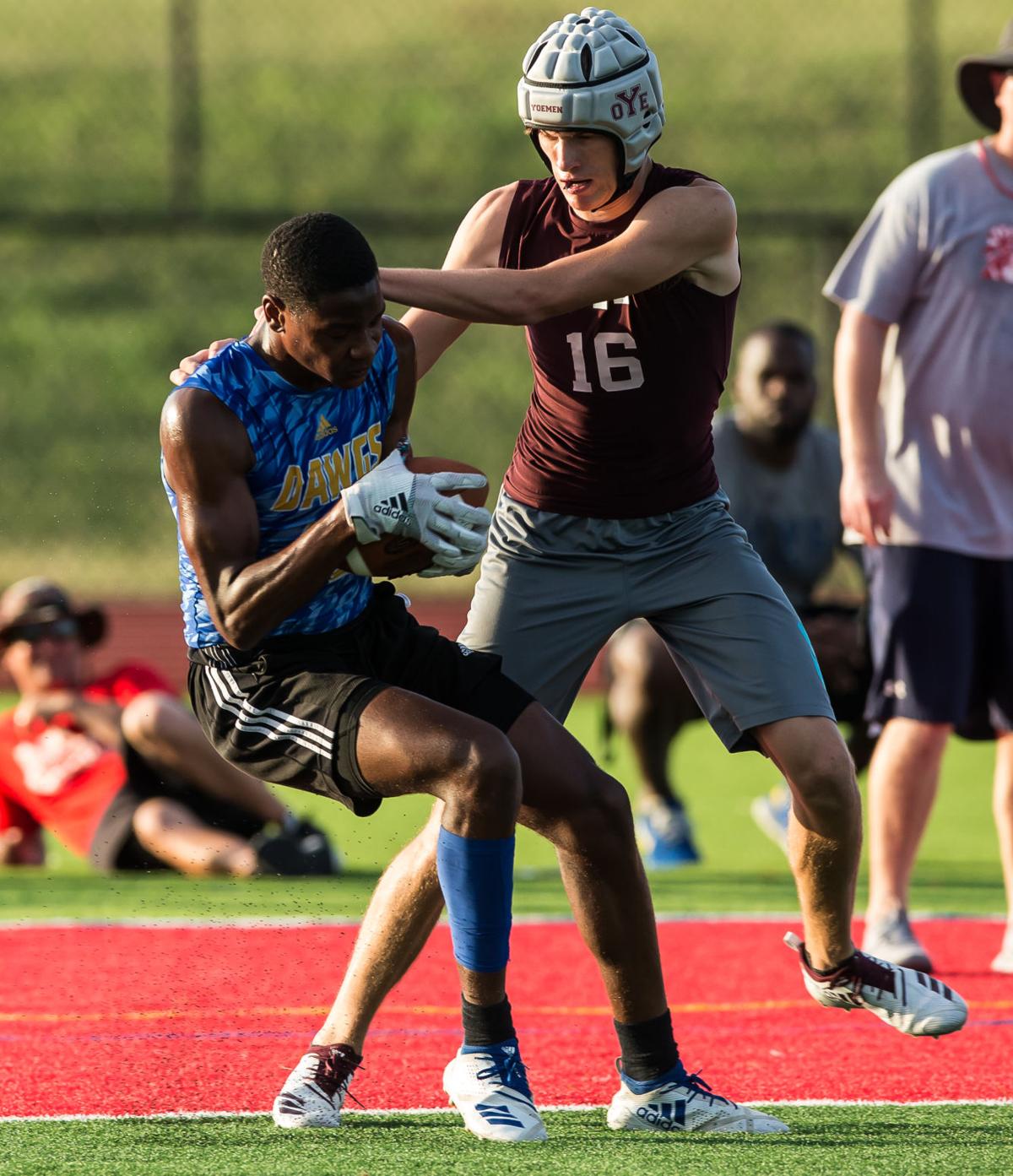 Copperas Cove’s Jaylin Smith, right, battles for a pass with a Georgetown East View defender on Monday in Georgetown.

GEORGETOWN — Winning is a goal, but it is not the purpose.

Copperas Cove opened its 7-on-7 schedule Monday, traveling to Georgetown East View High School, where the Bulldawgs competed in a pair of games.

Although it is the players’ collective intention to emerge from each contest with a victory, Copperas Cove quarterback Russel Cochran admits there are other priorities.

“You can’t make 7-on-7 out to be more than it is,” the junior said. “This is about going out together, having fun, creating a solid team bond and making connections with each other.

“If our focus is on anything else, then it’s not worth it, because that’s what we need to be successful down the line.”

The Bulldawgs split their games, falling to Cameron Yoe before bouncing back to defeat the host Patriots, but like Cochran, Copperas Cove senior receiver Jahmeel Rice is not concerned with the outcomes.

“We have to stop being individuals and concentrate on playing as a team,” he said.

“We have to come together now, so we can win games in the fall.

“We’re building chemistry, so everything will be good when the season arrives.”

The Bulldawgs were immediately overwhelmed in their initial game, allowing 19 unanswered points in the first half before seeing the differential expand to 25-0. Then, following three consecutive turnovers on downs, Cochran found Micah Cox for a touchdown, trimming the deficit to 25-7 after the duo connected for the extra point.

But Copperas Cove did not get any closer.

The Yoemen responded with a 14-0 outburst before the Bulldawgs completed the game’s scoring with a touchdown from Cochran to senior Gauge Nelson, creating a 39-14 final score.

Copperas Cove reversed the roles against the Patriots to conclude the evening.

Thanks to a pair of touchdown passes from Cochran to Cox, the Bulldawgs held a 13-0 advantage at halftime, and the cushion proved to be enough as Copperas Cove won 19-14 with Rice hauling in a touchdown from Cochran for the team’s lone score in the second half.

“We started gaining some confidence toward the end of the first game,” Cochran said, “and we started addressing our lack of concentration and getting the ball out of our hands quicker.

The Bulldawgs will continue play in the four-week league Monday, traveling to Round Rock Cedar Ridge for games against the Raiders and Round Rock Stony Point before taking part in their lone state qualifying tournament at Austin Westlake on June 14.

While the goal is to improve and capture a berth for the state tournament, Rice believes there is a greater purpose.

“We want to go to state,” he said, “but the main thing it to create chemistry.

“The season is all that matters. All of 7-on-7 is just to get us prepared.”