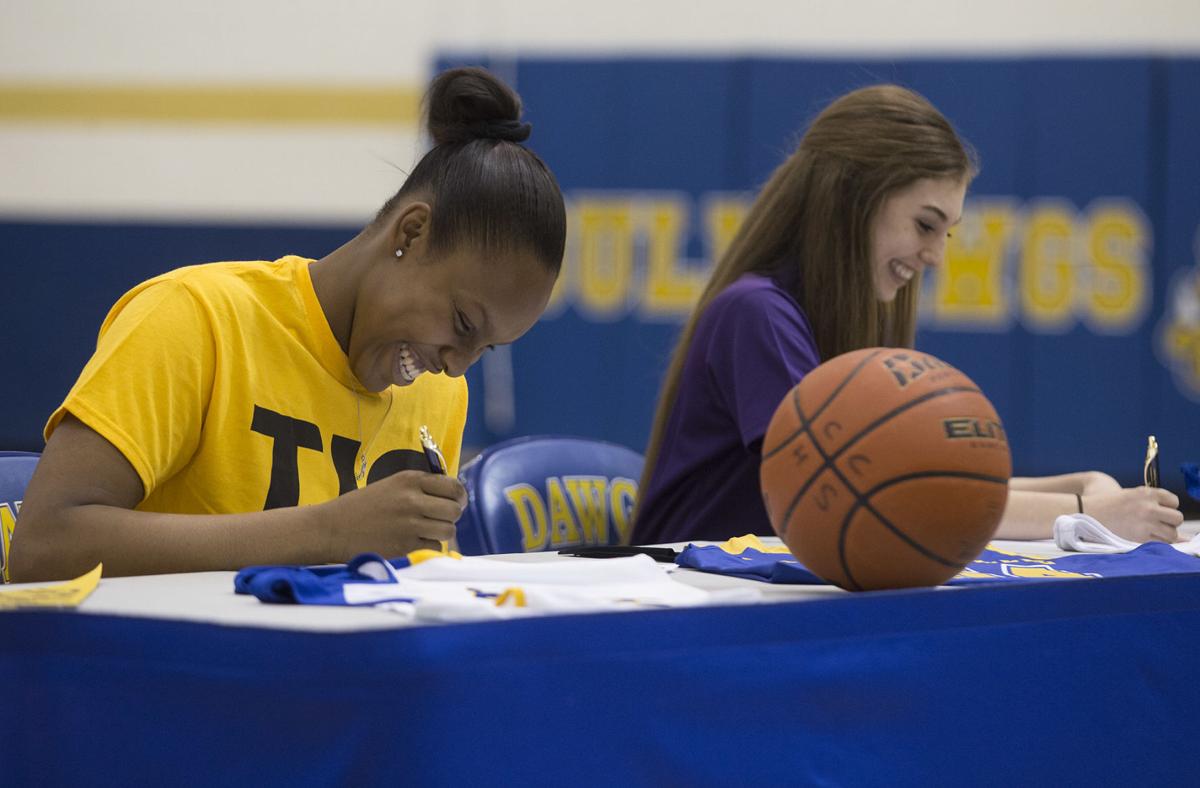 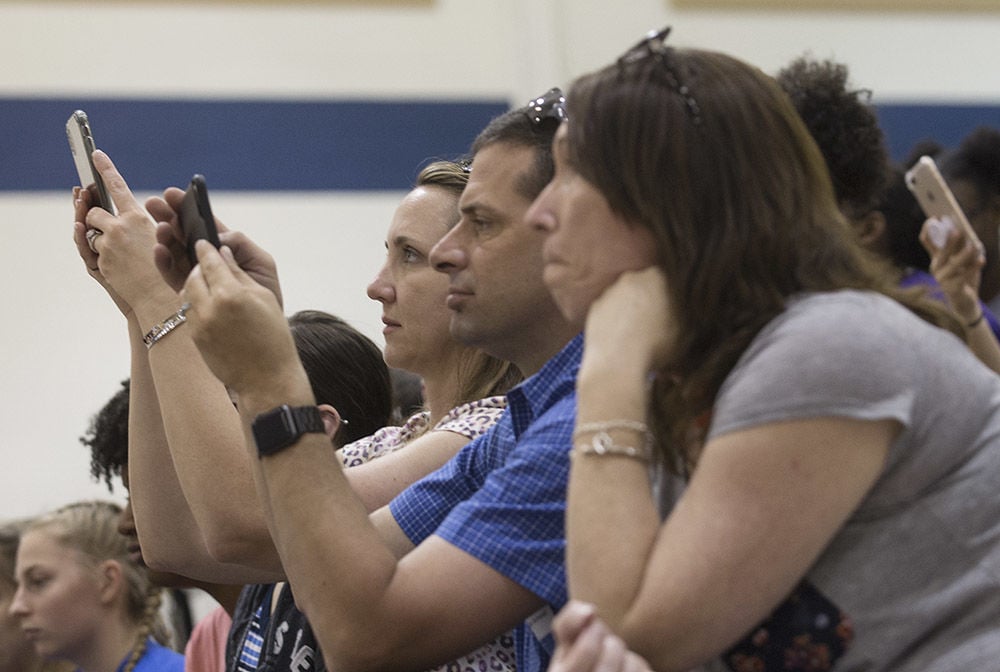 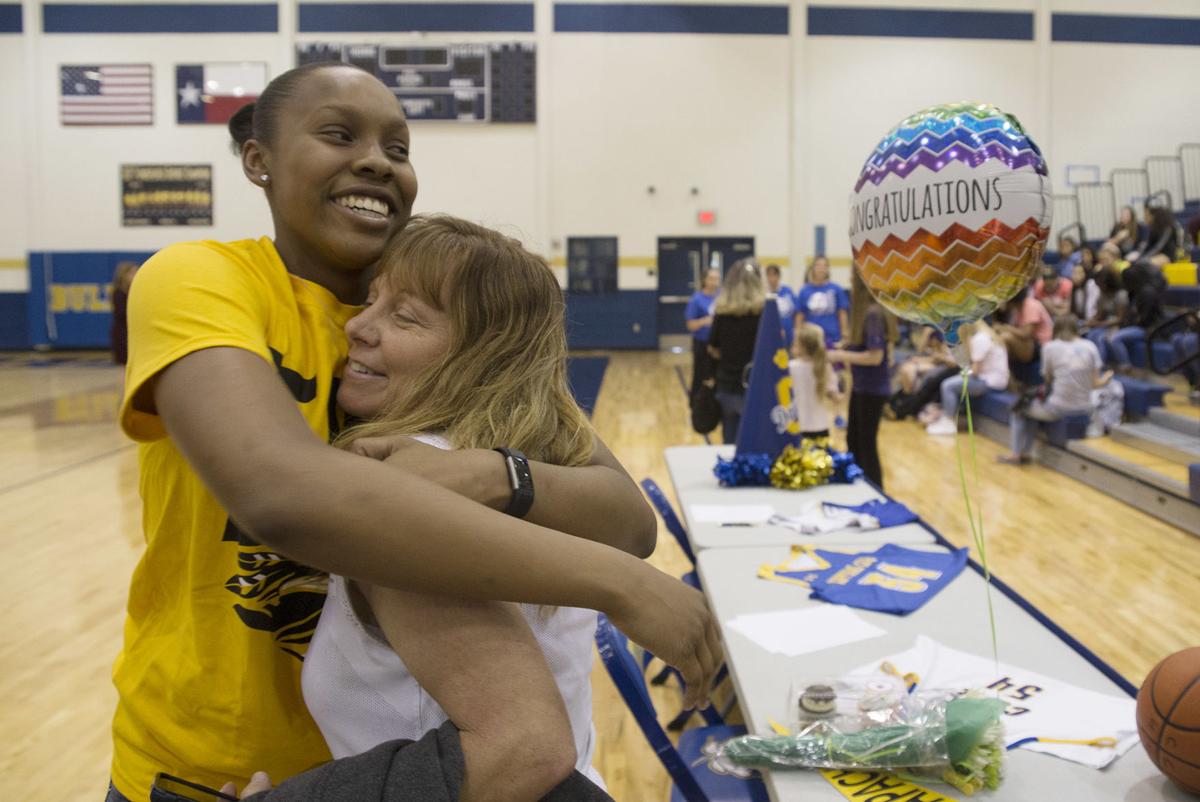 Cheers and chants erupted in the Copperas Cove gym Wednesday afternoon as Erica Powell and Carleigh Ross signed their letters of intent to compete at the collegiate level.

“It feels great,” Powell said of signing to play basketball at Tyler Junior College in front of her friends and family, “knowing that everybody here has supported me during my high school career.

“It’s amazing. I just want to return the favor by going to college and playing for Apache.”

“It’s always good anytime anybody in your program continues their education,” he said. “Coach T is going to do a good job with her.

“Anytime you can see that and get an opportunity for that, you’re always excited.”

Ross signed to the cheerleading program at Mary Hardin-Baylor as her teammates sat in the bleachers clapping and chanting.

“It was an honor cheering with Copperas Cove High School,” she said, “but it’s even more of an honor to cheer with UMHB.

“I love everything that they stand for.”

Both girls had interesting journeys to this day. For Powell, it started when Tyler went to watch her play in a tournament in December, which led her to take a campus visit.

“It was beautiful,” she said of the campus, faculty and staff, “and I just stuck with them.”

Ross has a passion for cheerleading, which led her to try out at the end of April. After making both the competitive and sideline teams, the team notified her that they had a scholarship and she was a chosen recipient.

“I didn’t try out for cheer for the scholarship. I’m not doing it for the money,” she said, “I’m doing it for what it means to me.”

Just weeks away from graduating, Powell and Ross are taking in the moment and focusing on the next step.

“I’m still just like, ‘I’m going to junior college,’” Powell said, looking around the gym at her friends and family. “I’m most excited about how I’m going to build as a player.

“I’m just ready all around for this experience.”

After signing, Ross felt having her support system there cheering her on made the reality of the day start to sink in.

“It became real in that moment.”

6A PLAYOFFS: Errors help MacArthur even best-of-3 series with Cove