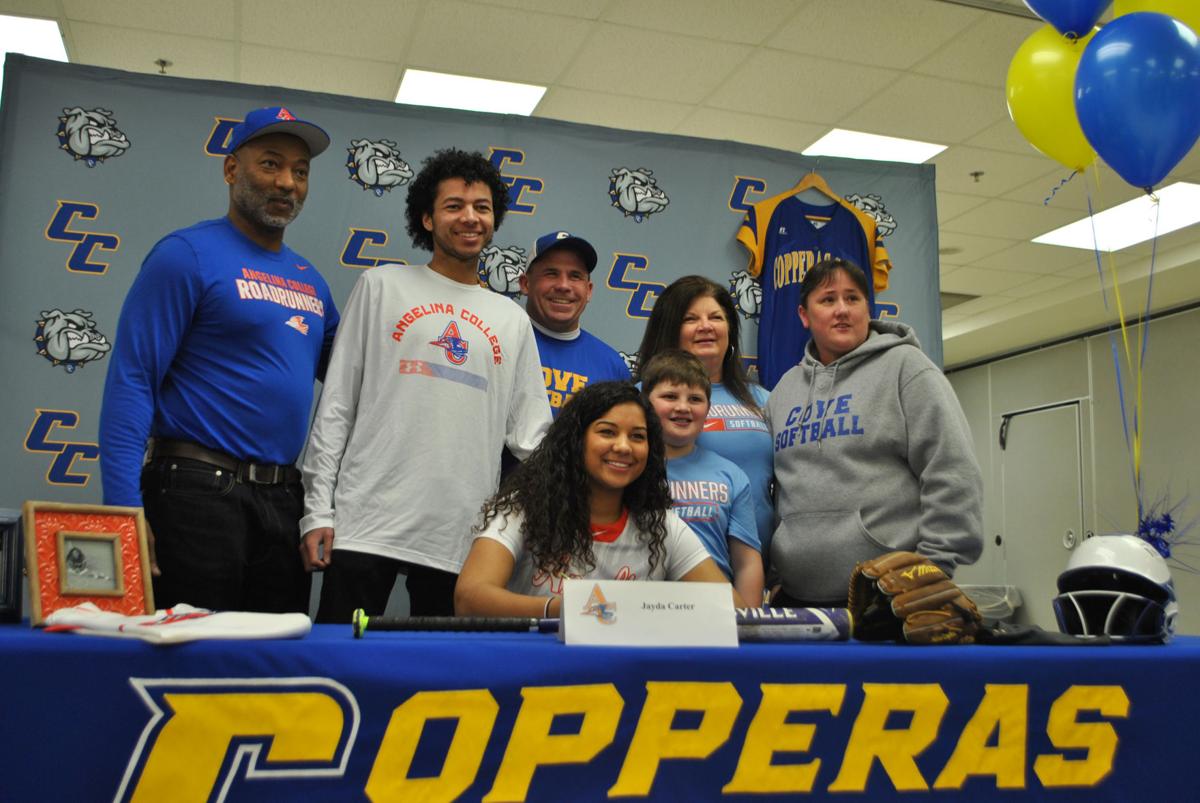 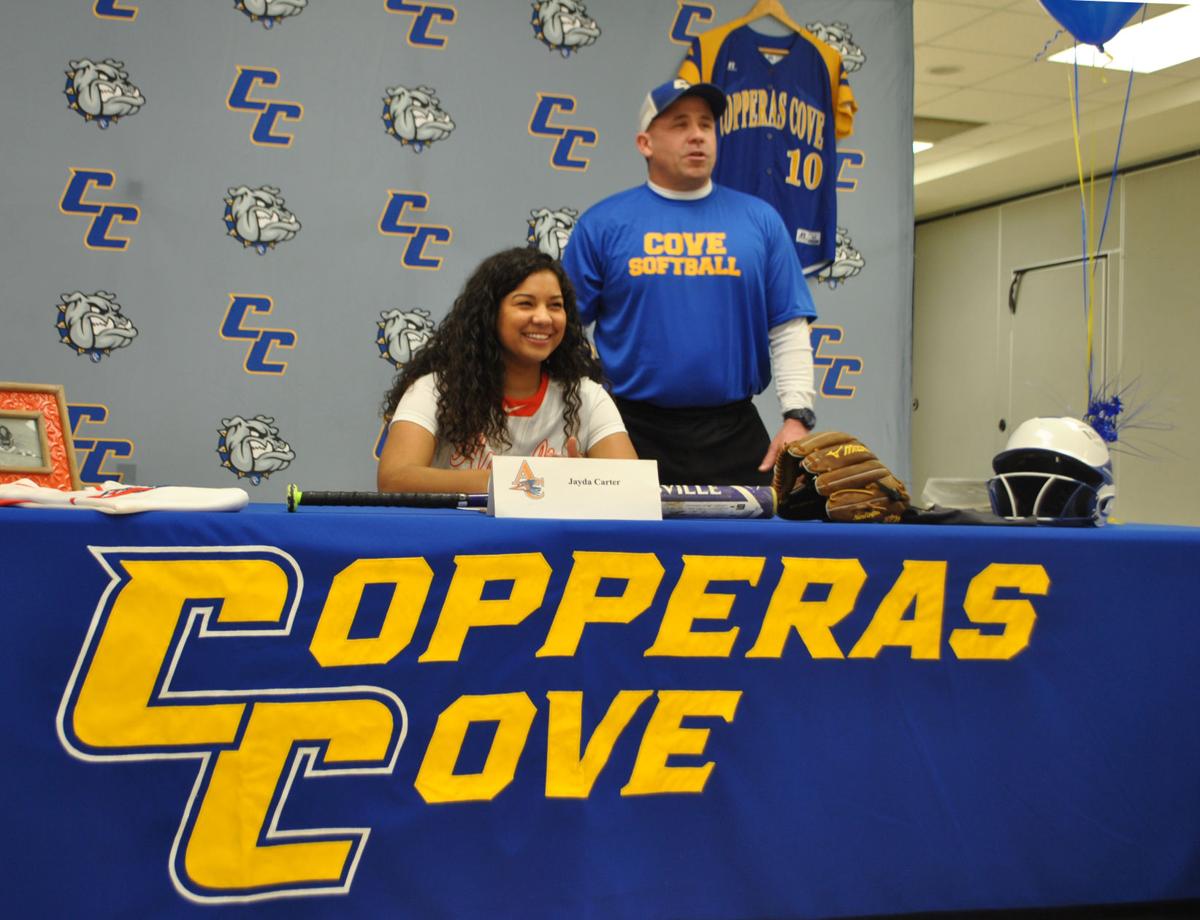 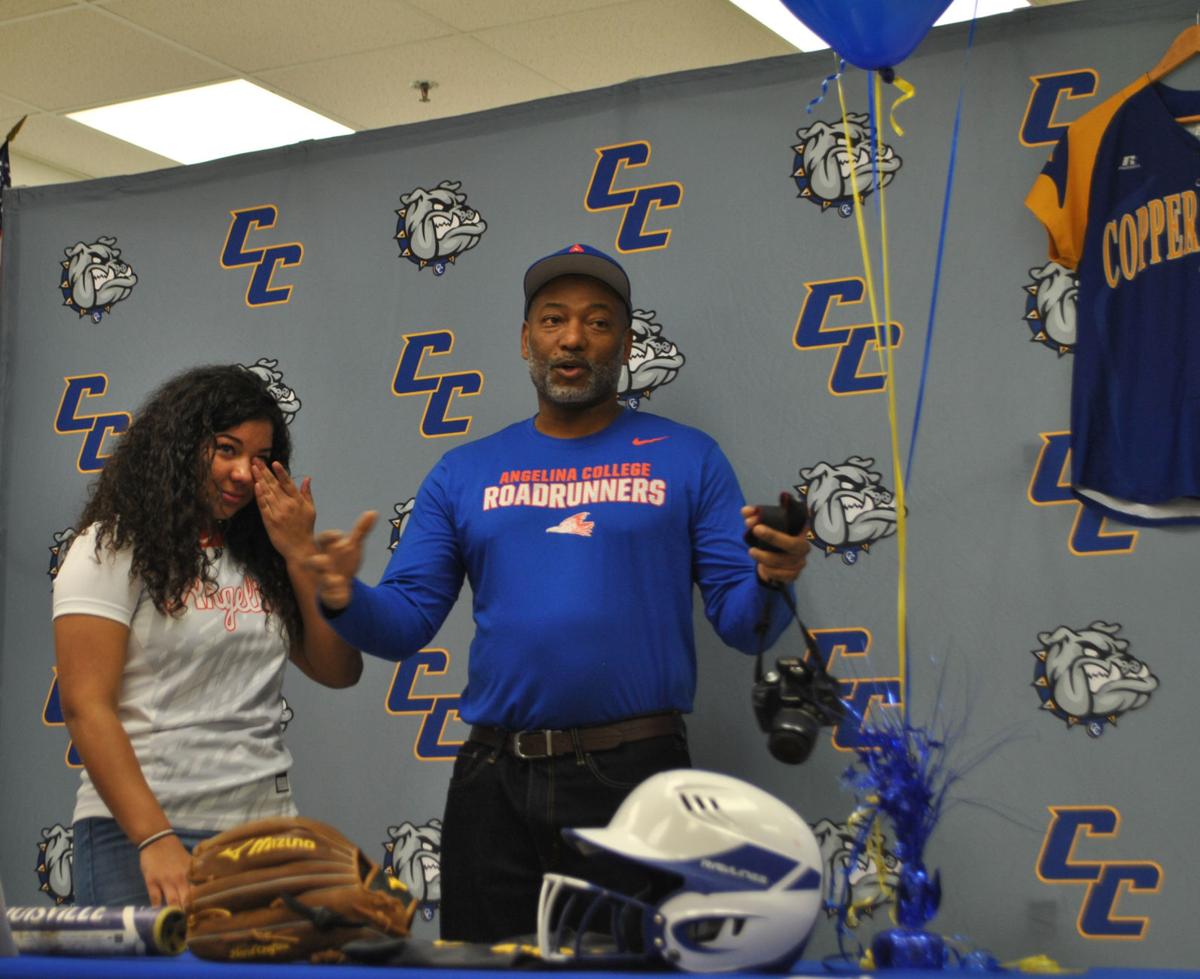 Copperas Cove senior Jayda Carter, on left, gets emotional as her father Tony Carter, on right, addresses the crowd in the Copperas Cove athletic annex. Jayda signed her national letter of intent to play for Angelina College on Wednesday afternoon. 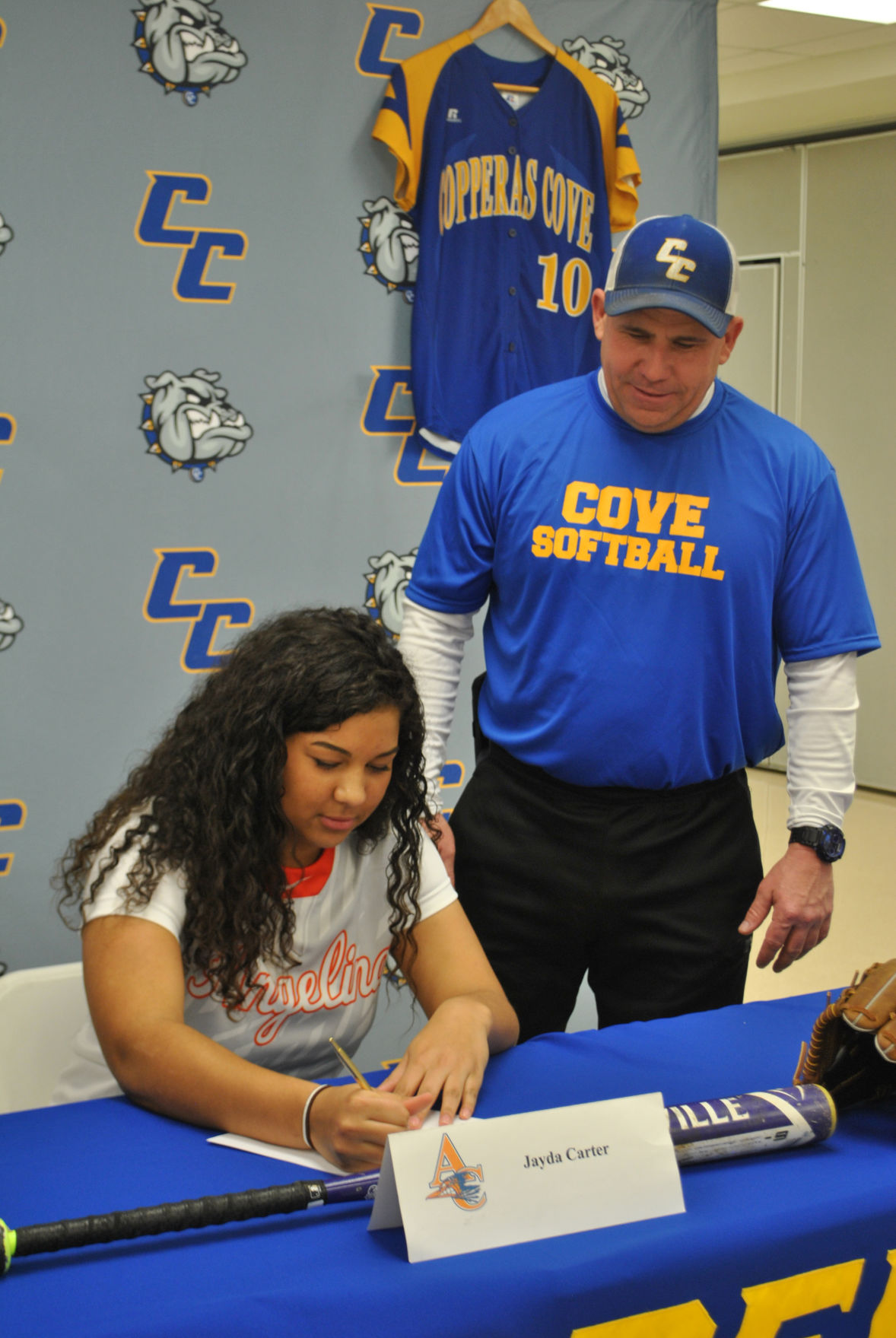 Copperas Cove senior Jayda Carter, on left, gets emotional as her father Tony Carter, on right, addresses the crowd in the Copperas Cove athletic annex. Jayda signed her national letter of intent to play for Angelina College on Wednesday afternoon.

COPPERAS COVE— It takes a village to raise a child, and Tony Carter thanked the community of Copperas Cove High School for helping shape his daughter into the student-athlete she is today.

“I appreciate the coaches and the time they put into her,” said Carter. “From Coach (Melissa) Penney from when she first started, all the way up to Coach (Bryan) Waller and Coach (Eldridge) McAdams.

“So, I want to thank everyone who has been with her from the beginning to everyone who’s joined in to bring it to this. It really means a lot to me to see my little girl achieve something like this.”

“It was stressful at first, of course, just getting to it,” Jayda Carter said of her decision, “but thanks to my coaches and teammates for continuing to push me, I came to this point.”

While Carter plays both basketball and softball for the Lady Bulldawgs, she always knew which path she’d choose to continue her athletic career.

“I always knew it would be softball over basketball,” Jayda Carter explained, “because that’s what I’ve always been playing growing up.”

Carter knew she was meant to play for the Roadrunners after speaking with head coach Mark Mattson.

“He was very honest,” Jayda Carter said, “and that’s one thing I want from a coach — honesty.”

The upfront, open communication is what drew her to Angelina College, but now that she’s committed, Jayda Carter is looking forward to closing out her senior year both on the court and the field.

“Now, it’s just all about fun and continuing to push myself further,” she said. “It’s very relieving to know that I don’t have to impress someone or have someone looking at me all the time.

“Now, it’s just about doing what I know how to do and pushing myself further.”

Carter was selected to the Texas Girls Coaches Association Class 6A All-State Softball Team last season, and she was also an all-district first team member after helping guide the Lady Bulldawgs to the playoffs as a junior.

Carter produced a .642 batting average during district competition to go with 27 hits, including four home runs and eight doubles, 24 RBIs and 16 runs scored. Defensively, she had a .810 fielding percentage.

“It’s going to be bittersweet when she graduates this year.”