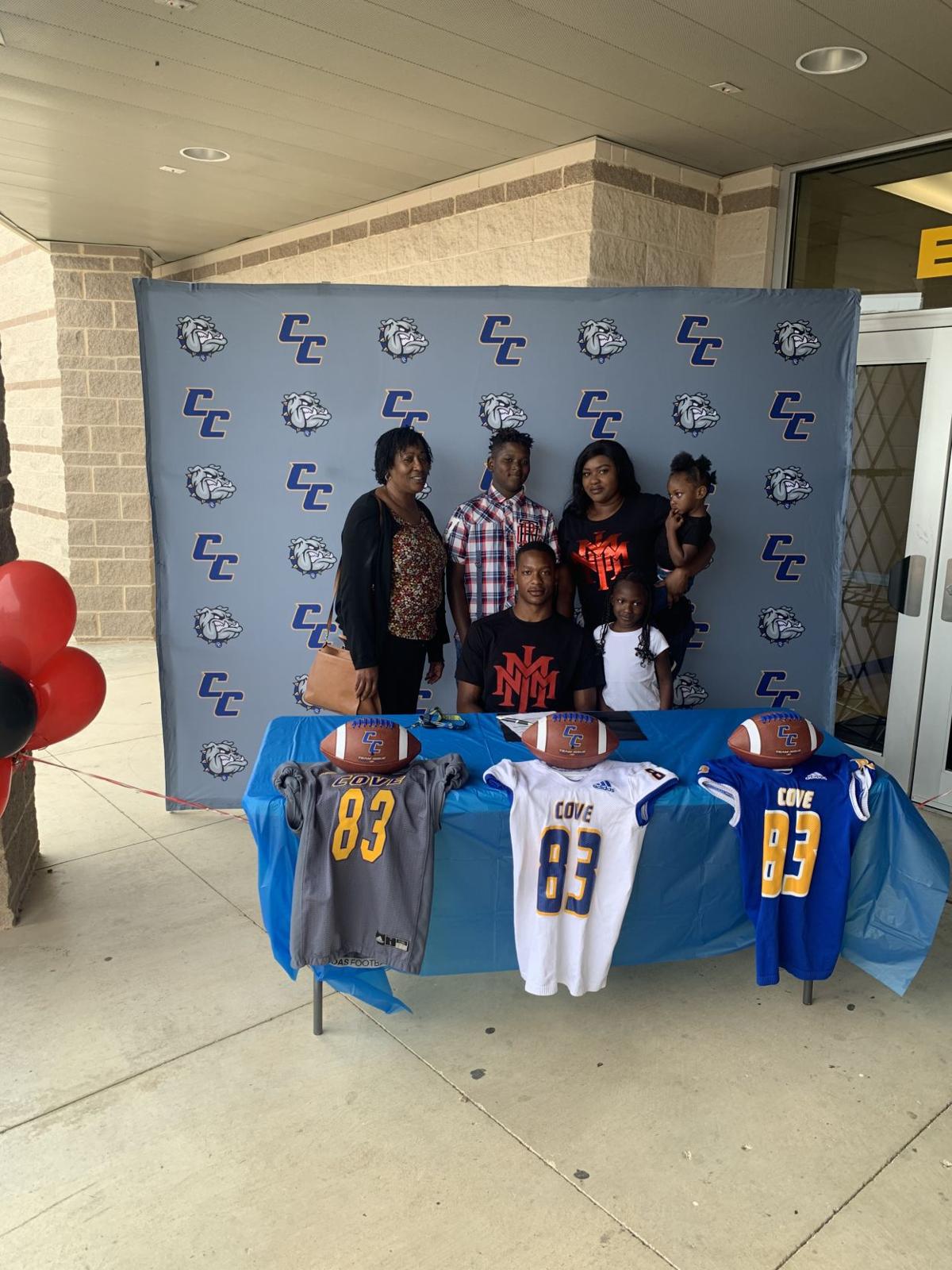 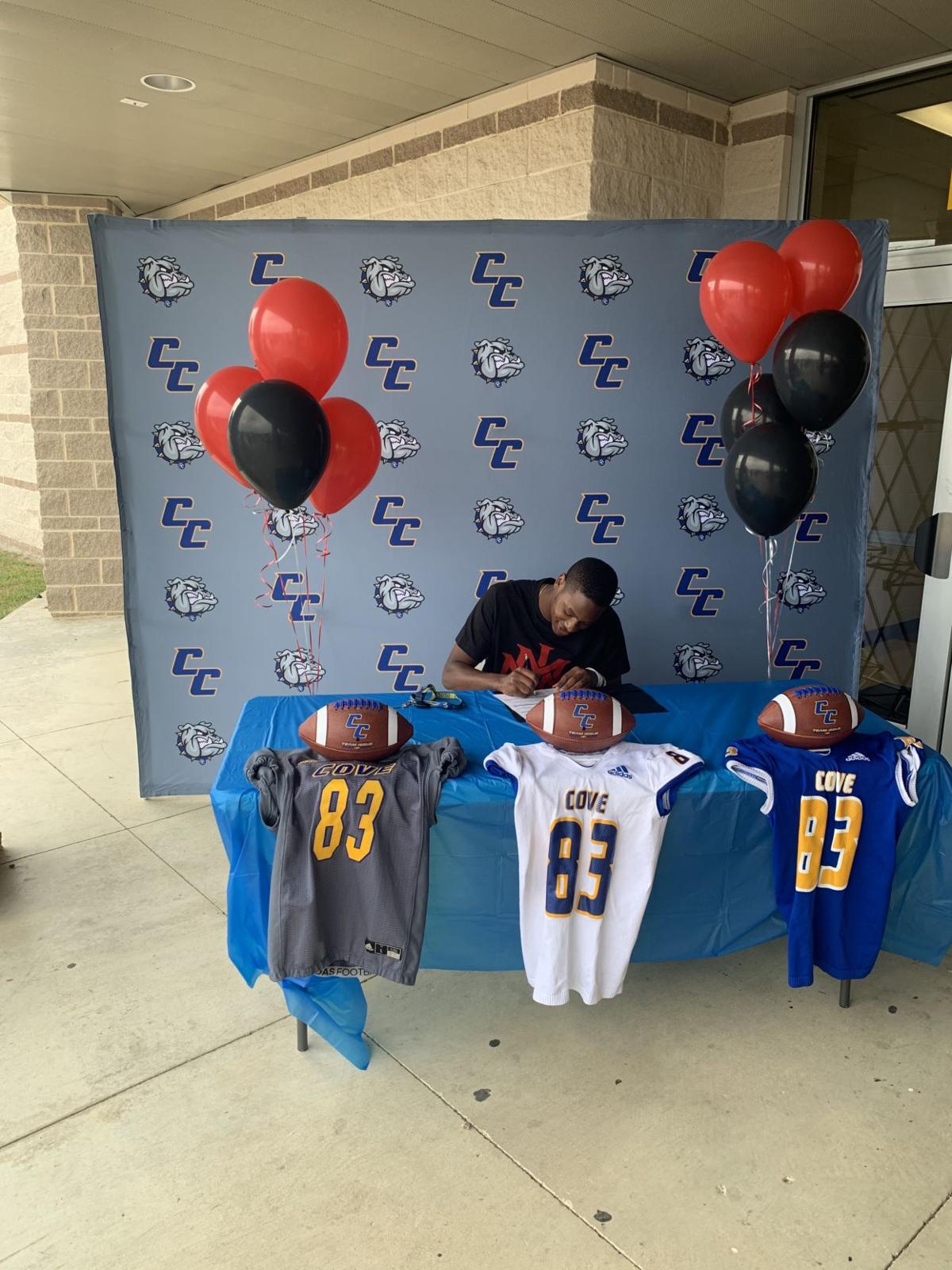 He had an offer from NCAA Division II powerhouse Texas A&M-Commerce, including a home visit from his former head coach, Jack Welch, now the running backs and special teams coach there.

After a visit to the campus in mid-January, Smith accepted that offer only to de-commit a little over two weeks later.

Then came the offer from New Mexico Military Institute. He signed with the school during a ceremony at his home last week.

For Smith, the options provided by the junior college in Roswell were more appealing.

Smith was a two-year letterman for the Bulldawgs. Last season he led Cove with 34 catches for 353 yards and three touchdowns, earning second-team All-District 12-6A honors.

Smith specializes in using his 6-foot-3 frame to beat defenders for the ball. He’s also a willing blocker, even sliding in at tight end at times.

“I have no problem with blocking,” Smith said. “How I see it is blocking as a receiver is one of the most important things in the game.”

“When you give him a job, he goes to work on trying to do the job,” Hammett said. “He’d also block and took a lot of pride in that. Whatever we asked him to do, he would do.

“On and off the field he’s one of the best leaders we had. He’s a great kid.”

New Mexico Military Institute is where legendary Dallas Cowboys quarterback Roger Staubach started his college career. He played one season for the Broncos in 1960 before heading to the U.S. Naval Academy.