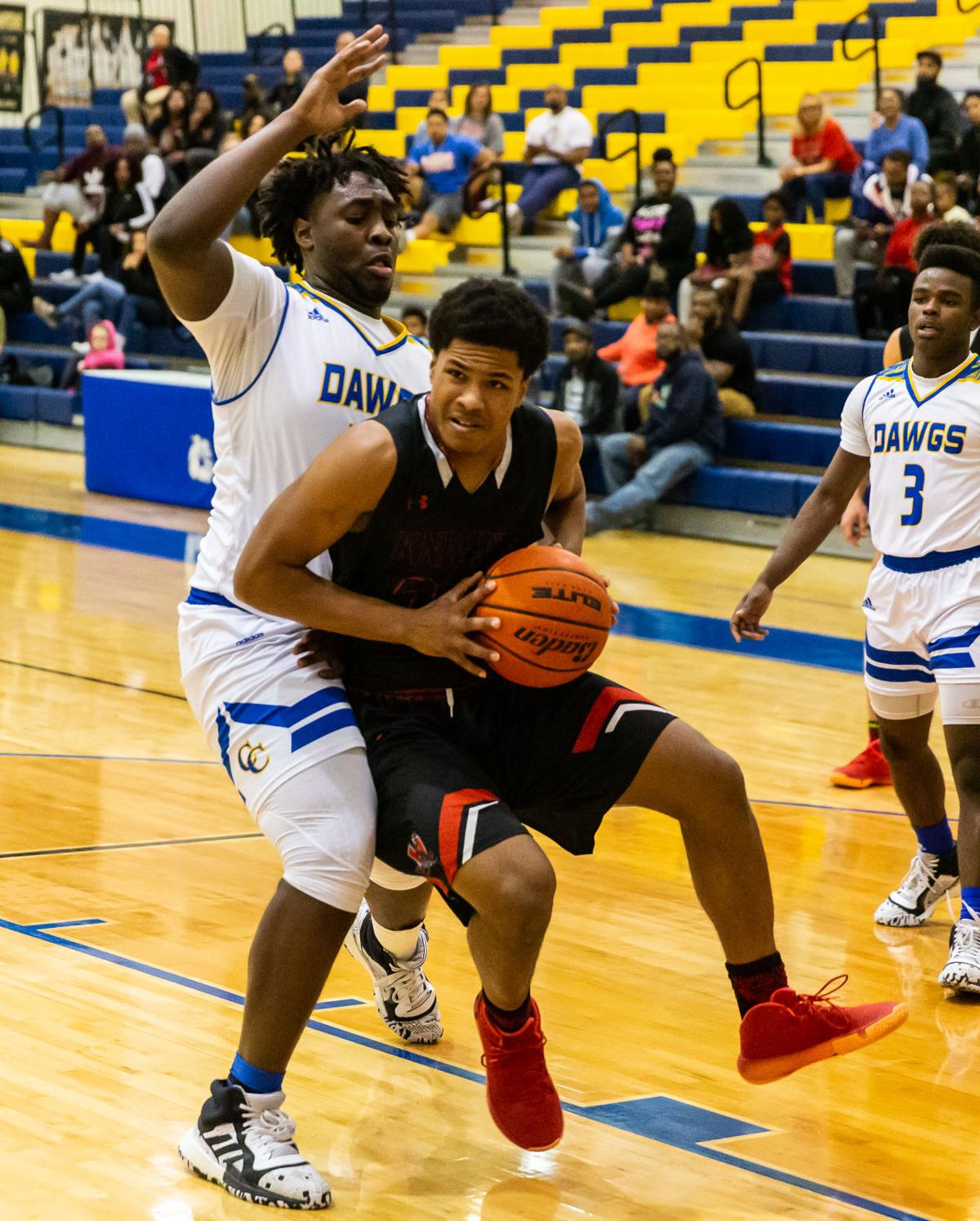 Harker Heights’ Jayson Brooks, with ball, is fouled by Copperas Cove’s Lakyi Ellison on Friday at Copperas Cove High School. Ellison scored a game-high 19 points as the Bulldawgs rallied for a 56-54 victory. 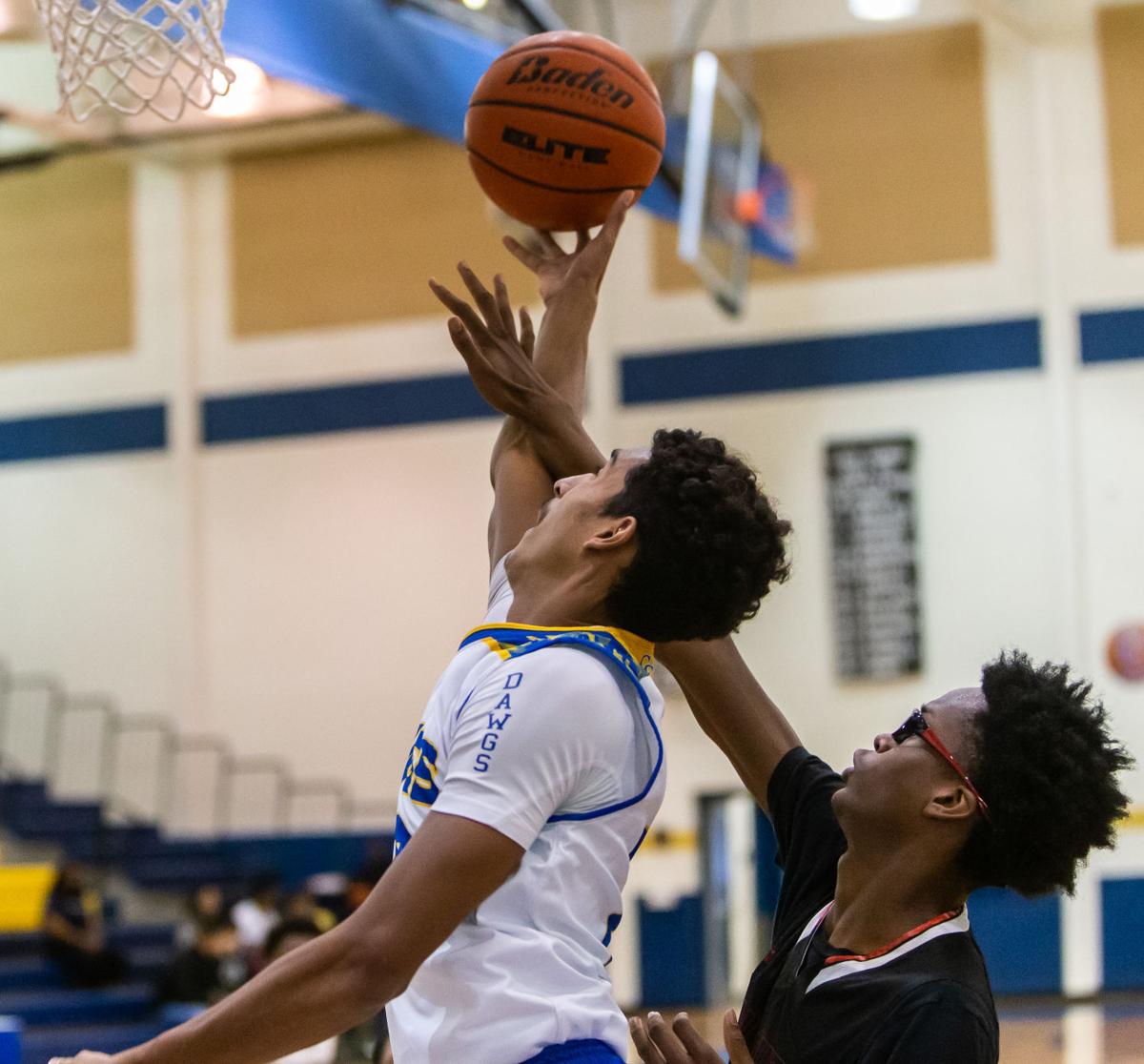 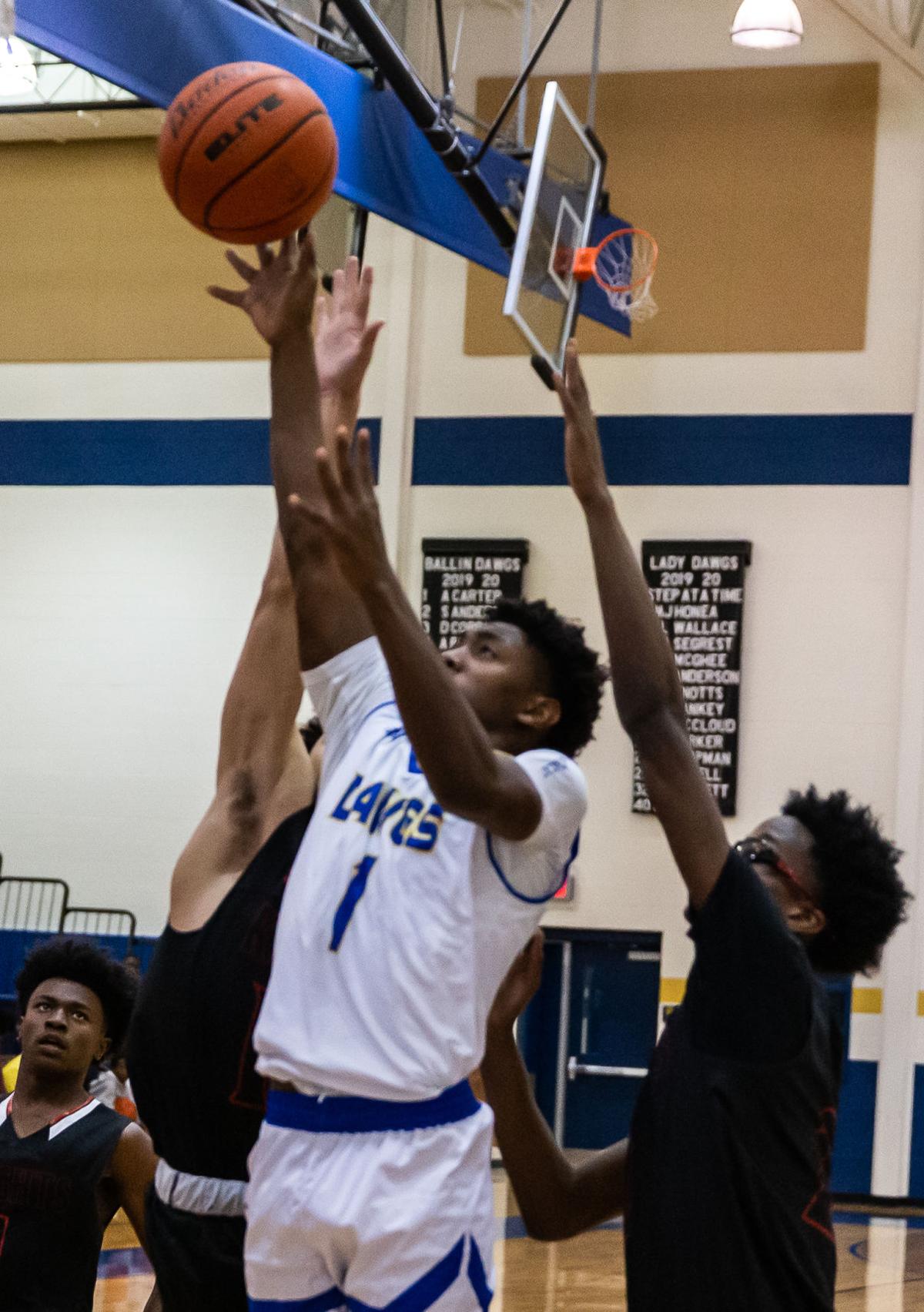 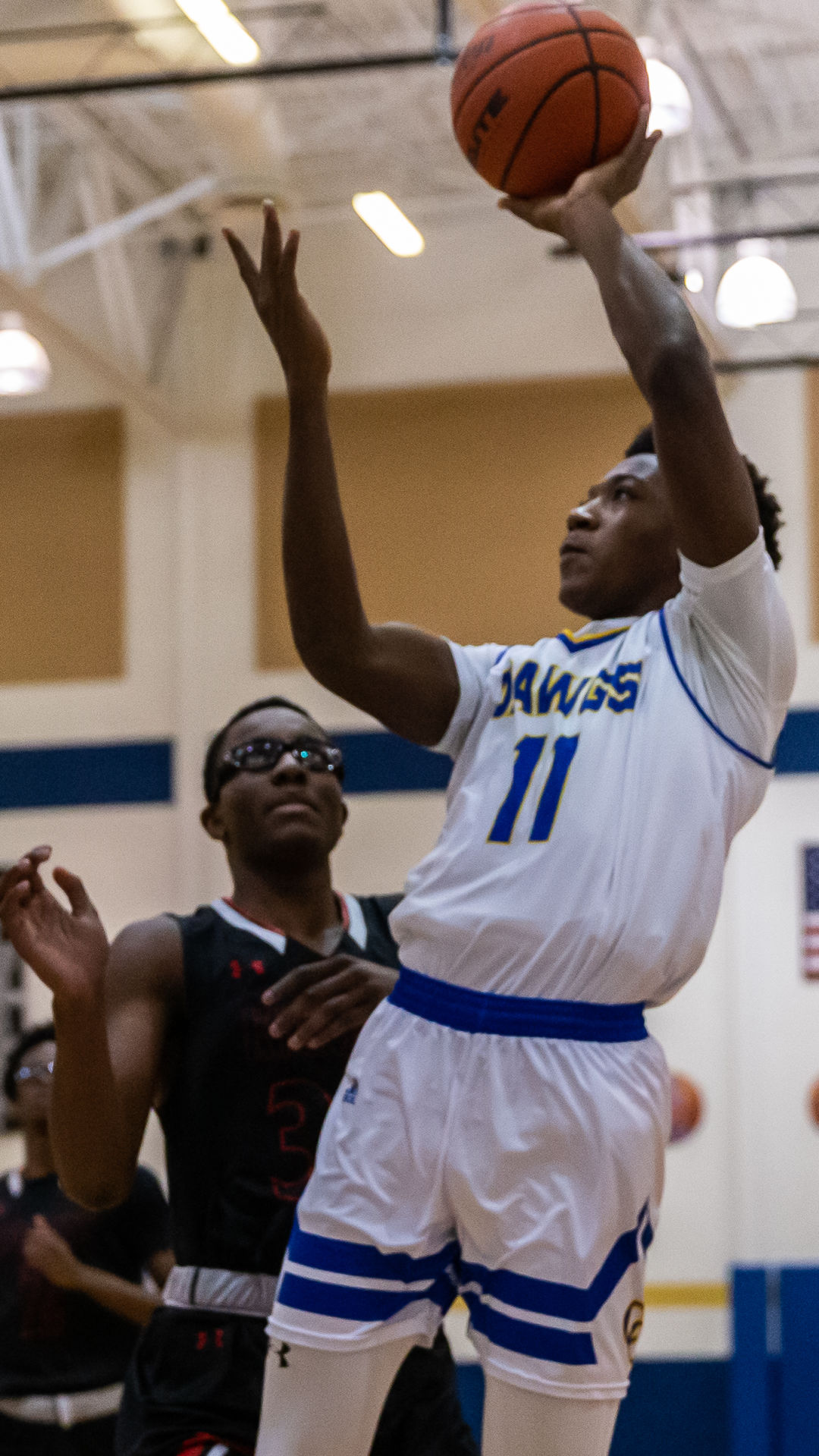 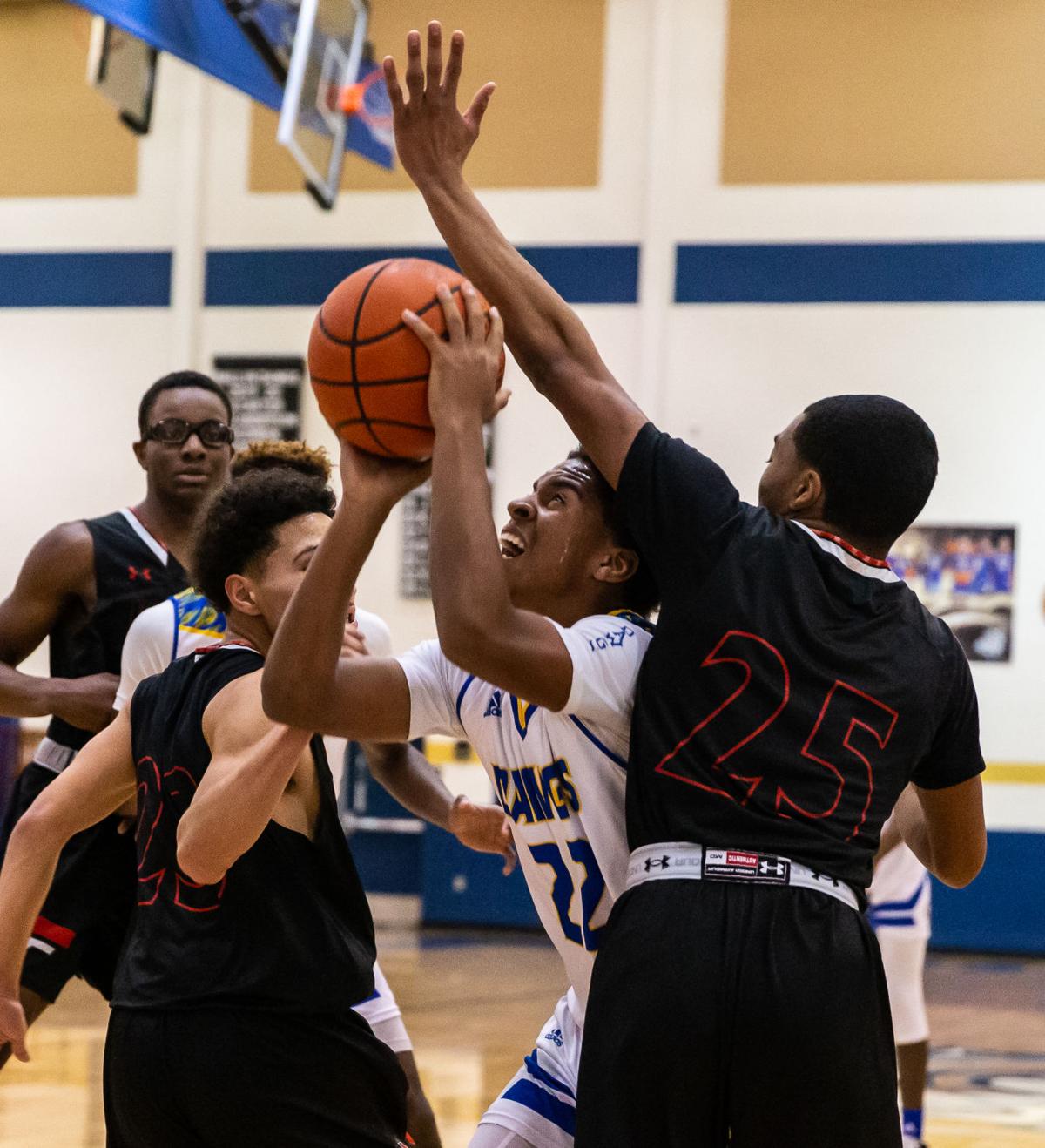 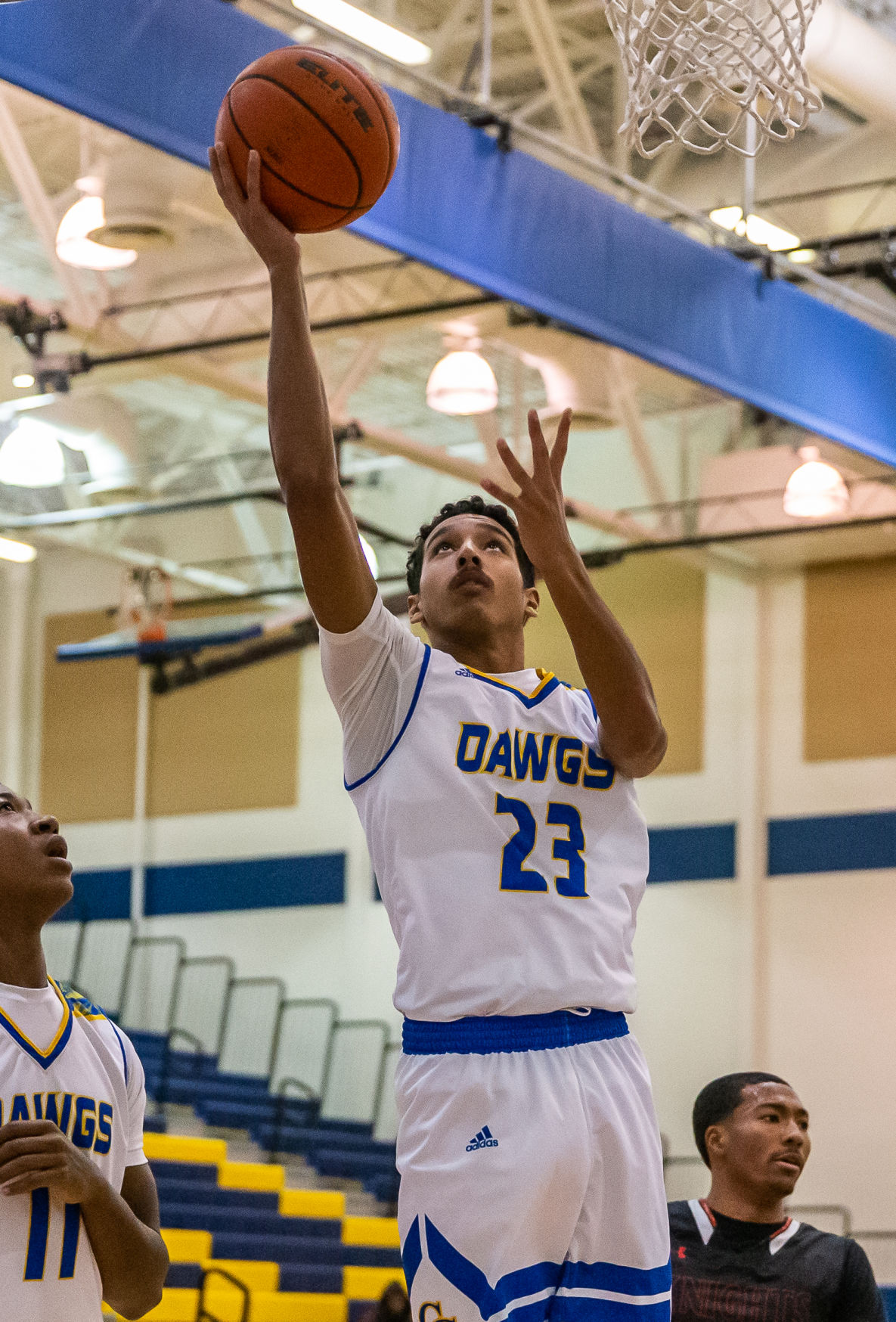 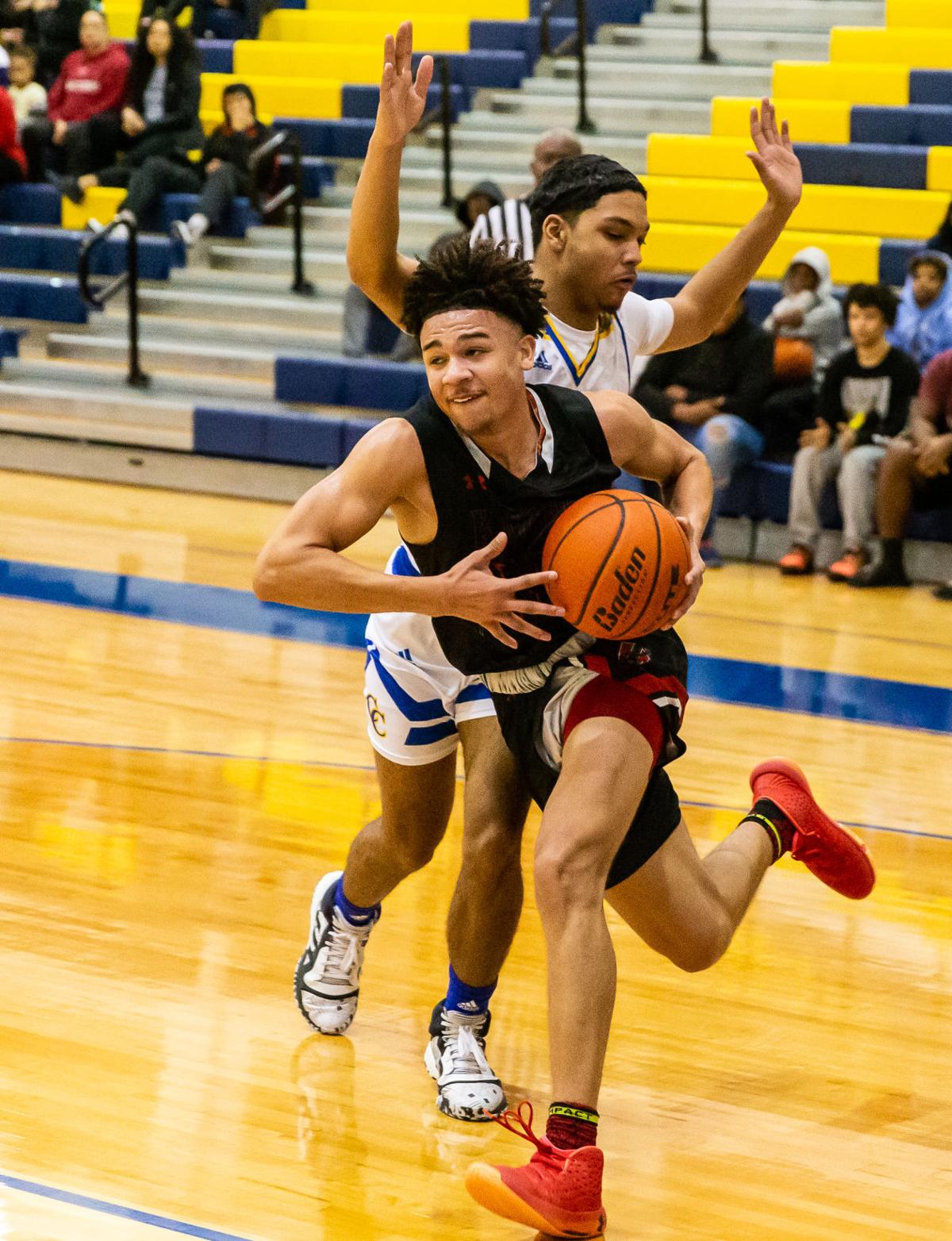 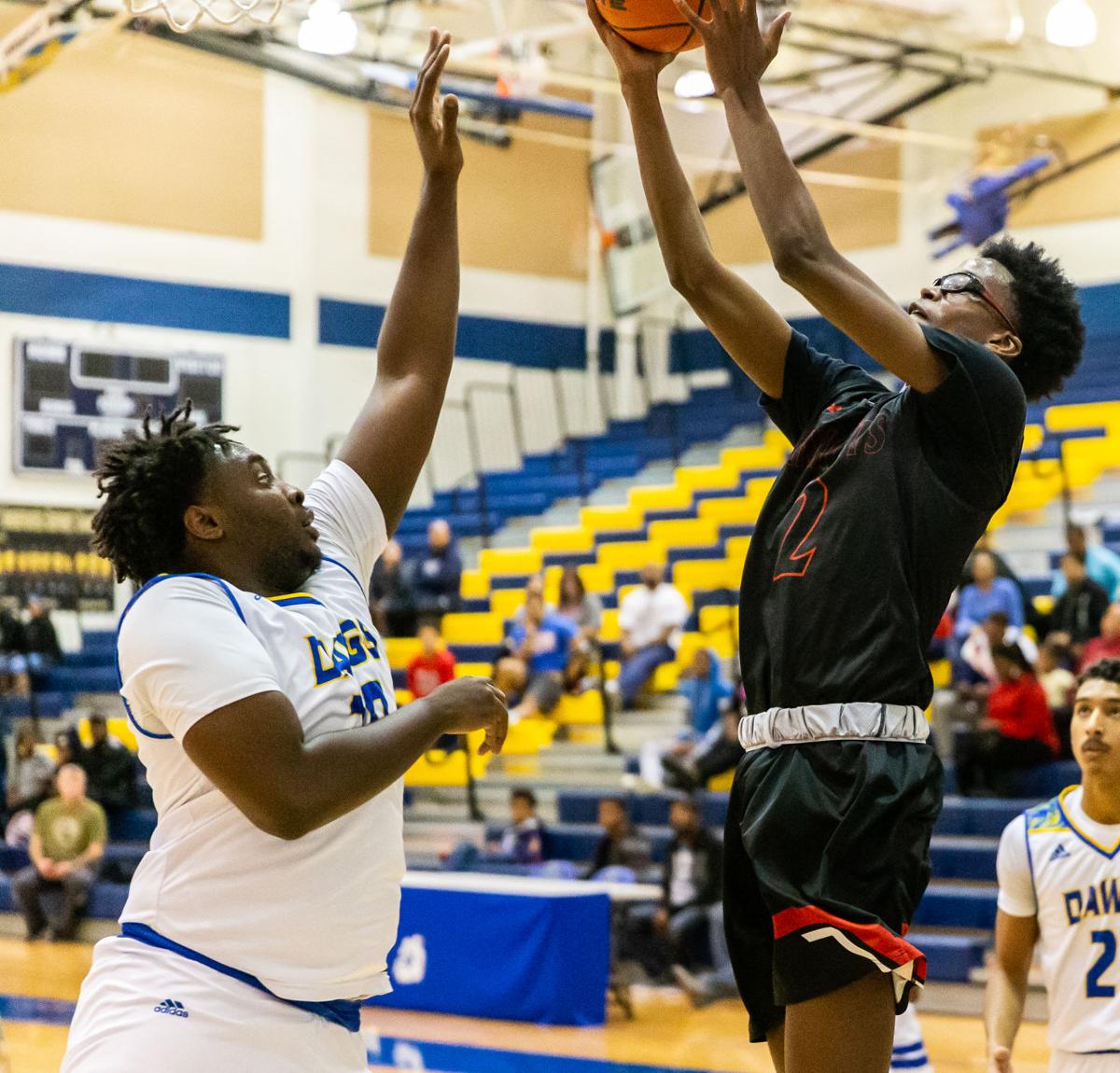 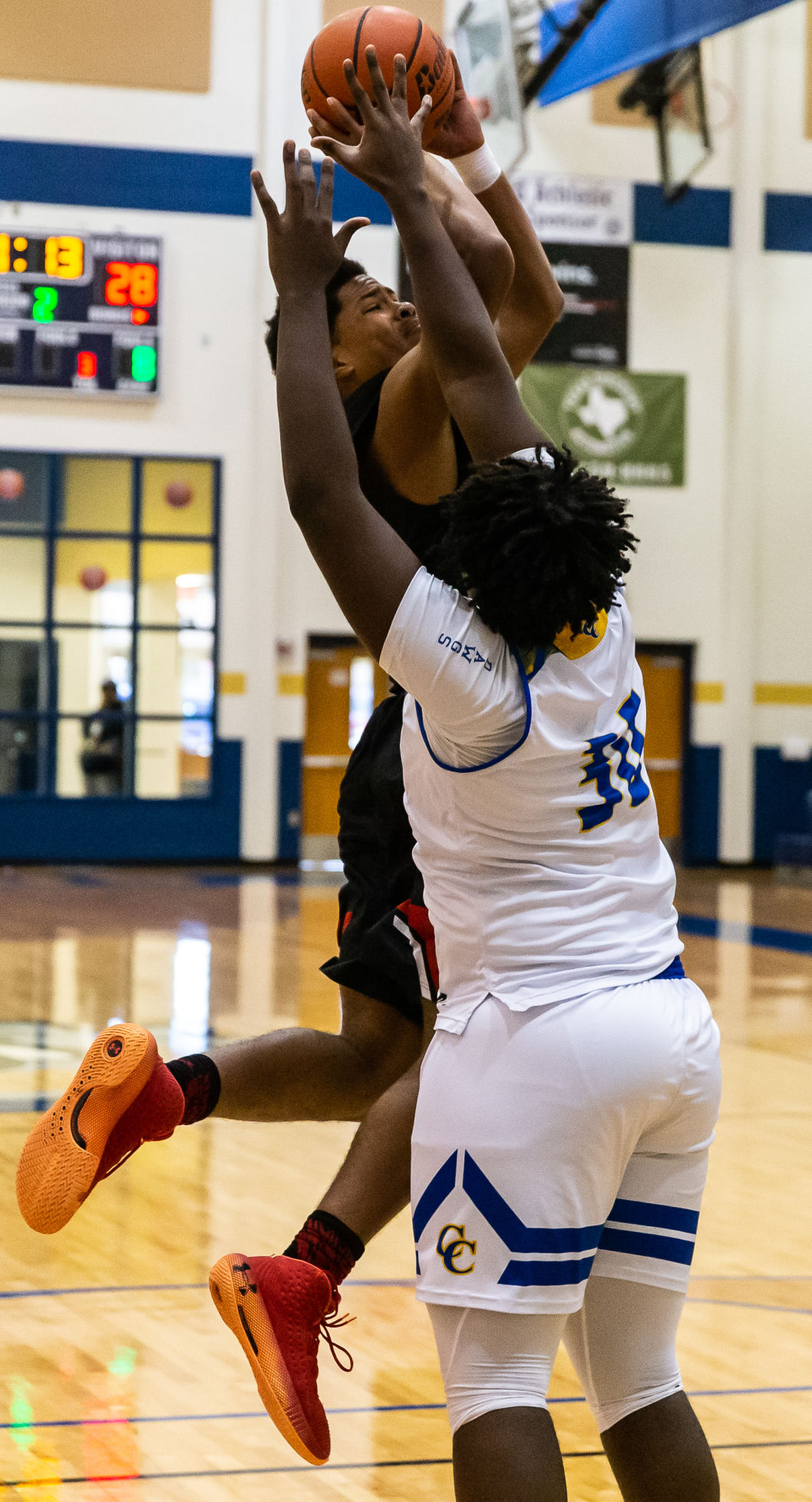 Harker Heights’ Jayson Brooks, with ball, is fouled by Copperas Cove’s Lakyi Ellison on Friday at Copperas Cove High School. Ellison scored a game-high 19 points as the Bulldawgs rallied for a 56-54 victory.

COPPERAS COVE — It was not a must-win situation, but it felt like one.

Just three games into its District 12-6A schedule, Copperas Cove could see its playoff hopes already beginning to dwindle after a slow start resulted in a 1-2 record.

So, the Bulldawgs knew they had to stop their slide immediately, and they did.

Copperas Cove rallied from 12-point deficit before closing with a 10-4 outburst en route to beating Harker Heights 56-54 and evening its district record.

“Every game matters,” he said, “especially early on. In the past, even in years when we made the playoffs, we’d start off 1-7 and rally, but we can’t live like that.

“In the last couple years, we’ve tried to do it, and it hasn’t worked. So, we need to play well early, and build a strong record.”

Copperas Cove forward Lakyi Ellison, who scored 14 of his game-high 19 points in the second half, agreed.

“This brings a lot of motivation to the team,” the junior said. “If we fell to 1-3, we might start losing games that we shouldn’t.

“Winning this game was big.”

The Knights scored the first four points of the game before adding five unanswered points to create a 9-2 advantage that grew to a 10-point cushion, 18-8, by the end of the quarter.

The gap widened to a dozen points at 24-12 midway through the second period, but the Bulldawgs trimmed the deficit to 30-25 by halftime.

“He stepped up for us and did a lot of good stuff in the paint.”

Despite the output, the Knights remained ahead by five points, 47-42, to begin the fourth quarter, but with Ellison leading the way, Copperas Cove posted 14 of the game’s final 21 points, including five consecutive points before Harker Heights (5-14, 1-4) recorded the game’s last basket with less than 20 seconds remaining.

Isaiah Sobers and Ahmad Pierce complemented Ellison’s performance with 11 and 10 points, respectively, while Camrin Forde and Ryan Chamberlain scored a dozen points apiece for the Knights. Forde also finished with 11 rebounds to complete a double-double.

Now, the Bulldawgs will look to maintain the momentum Tuesday when they travel to play Shoemaker.

Although the venue changes, Boyce believes the mentality must remain the same for Copperas Cove to accomplish its goals.

“We want to be like Ellison and Waco Midway,” he said. “They are teams that are always solid throughout the season.

“If we want to be a consistent playoff team, then we have to dominate early and win those games so we’re not fighting from behind later on.”

While the weather outside the Ellison High School gym was cool and dry, inside, the Belton Tigers and the No. 6 Ellison Eagles were making it rain.