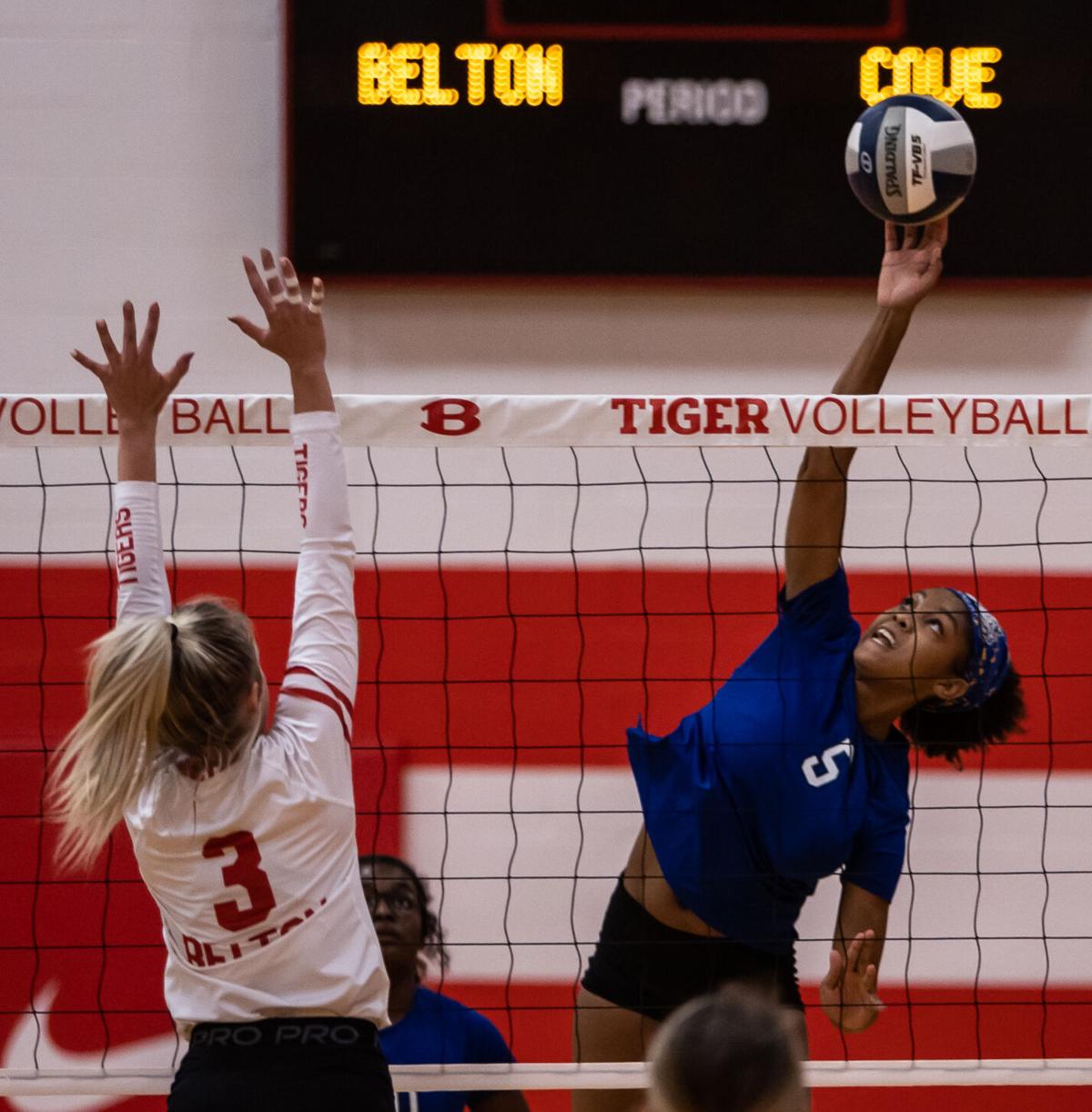 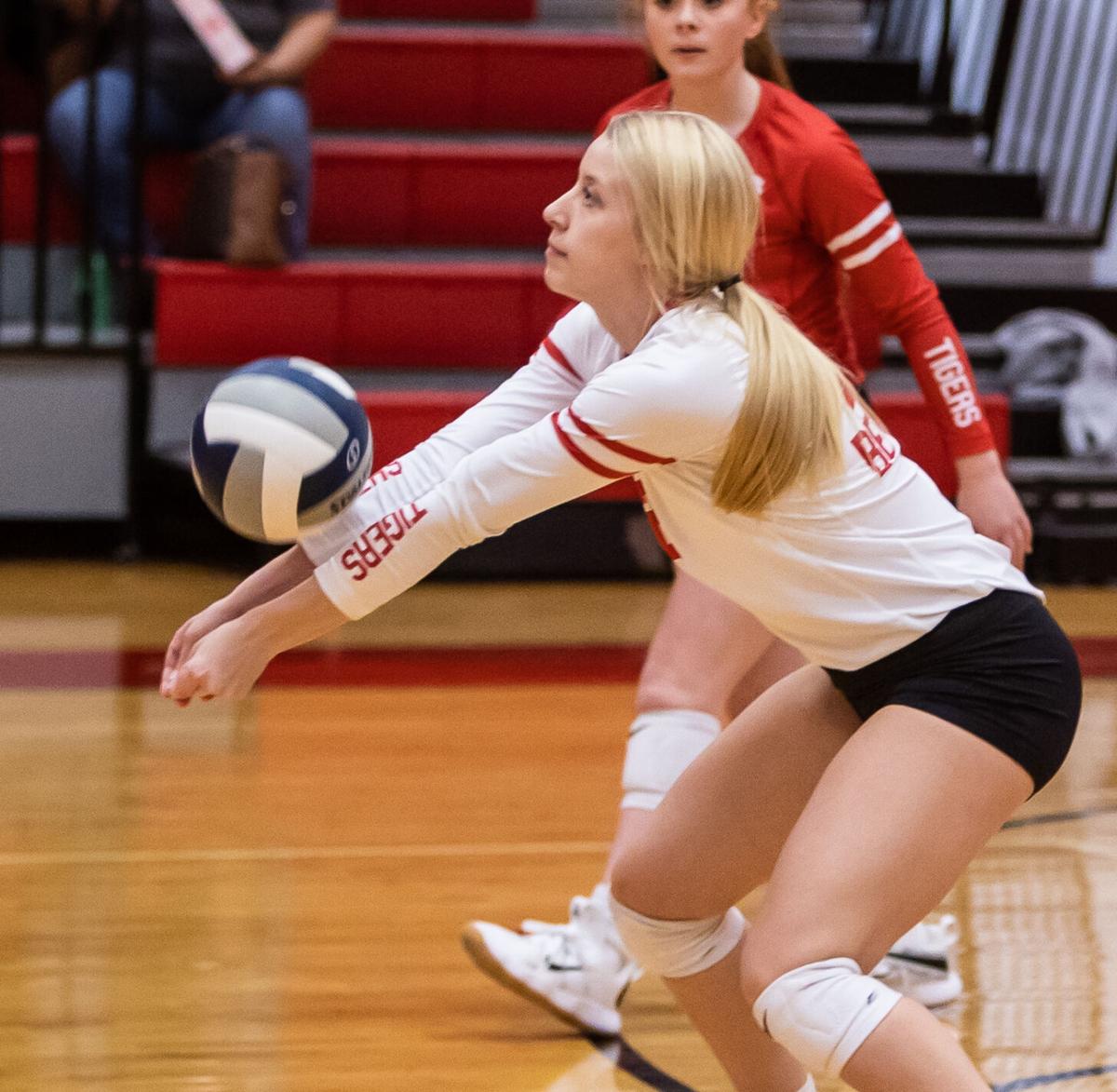 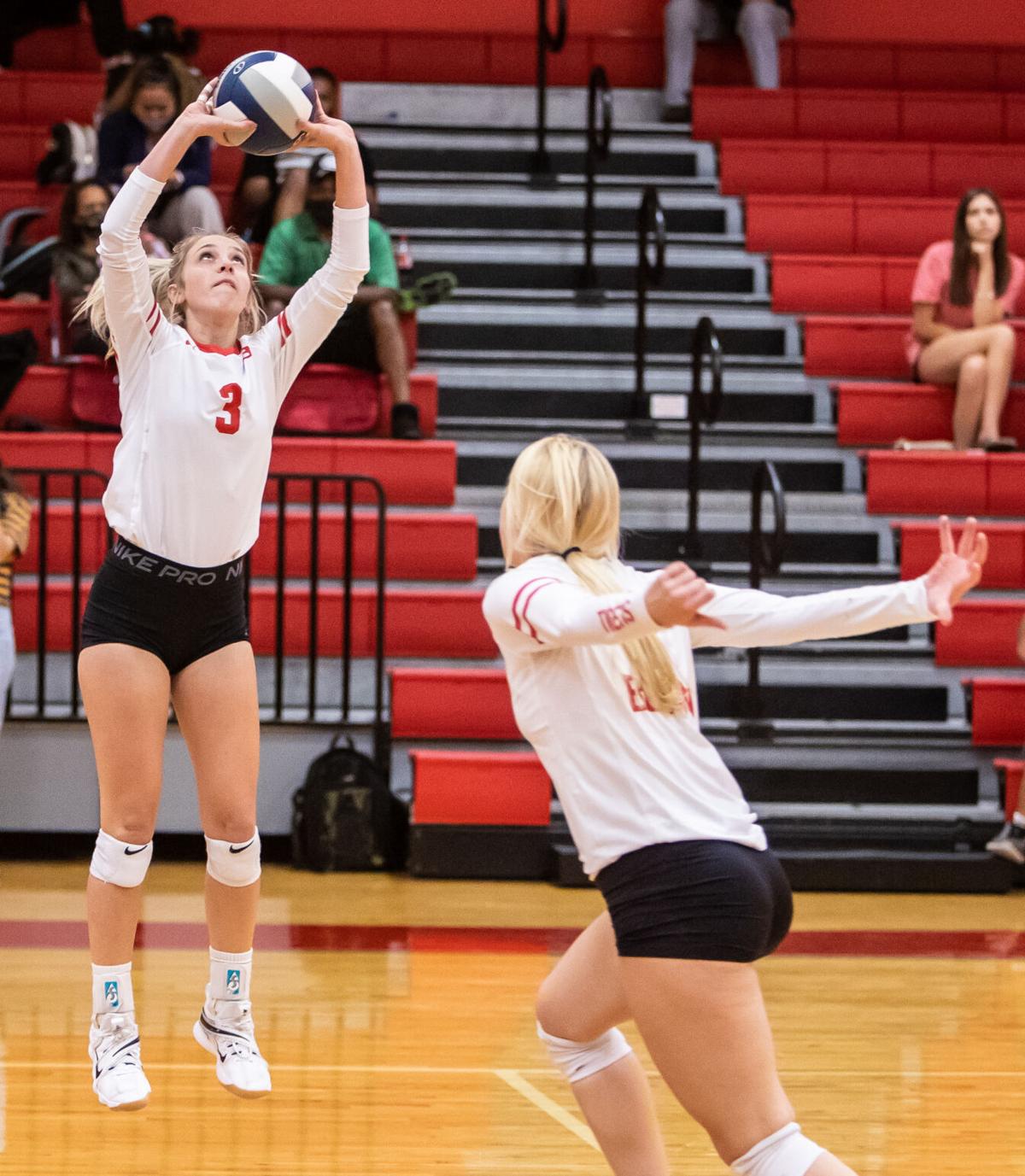 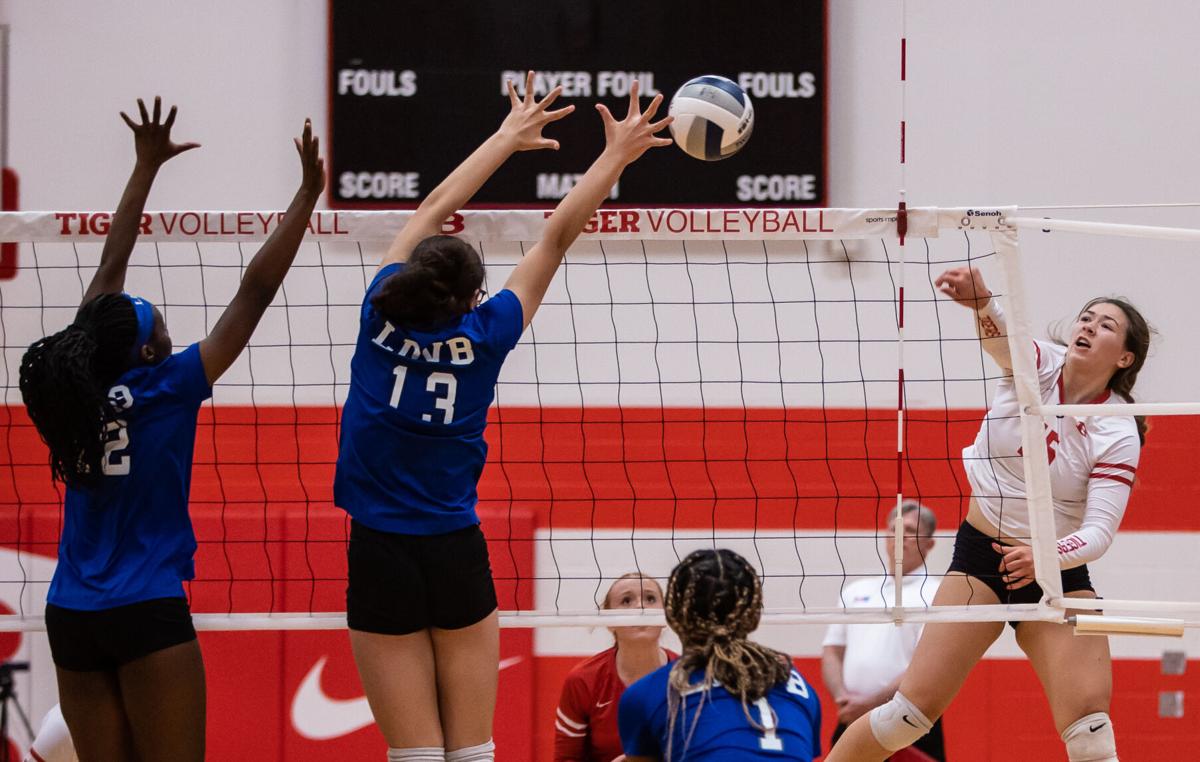 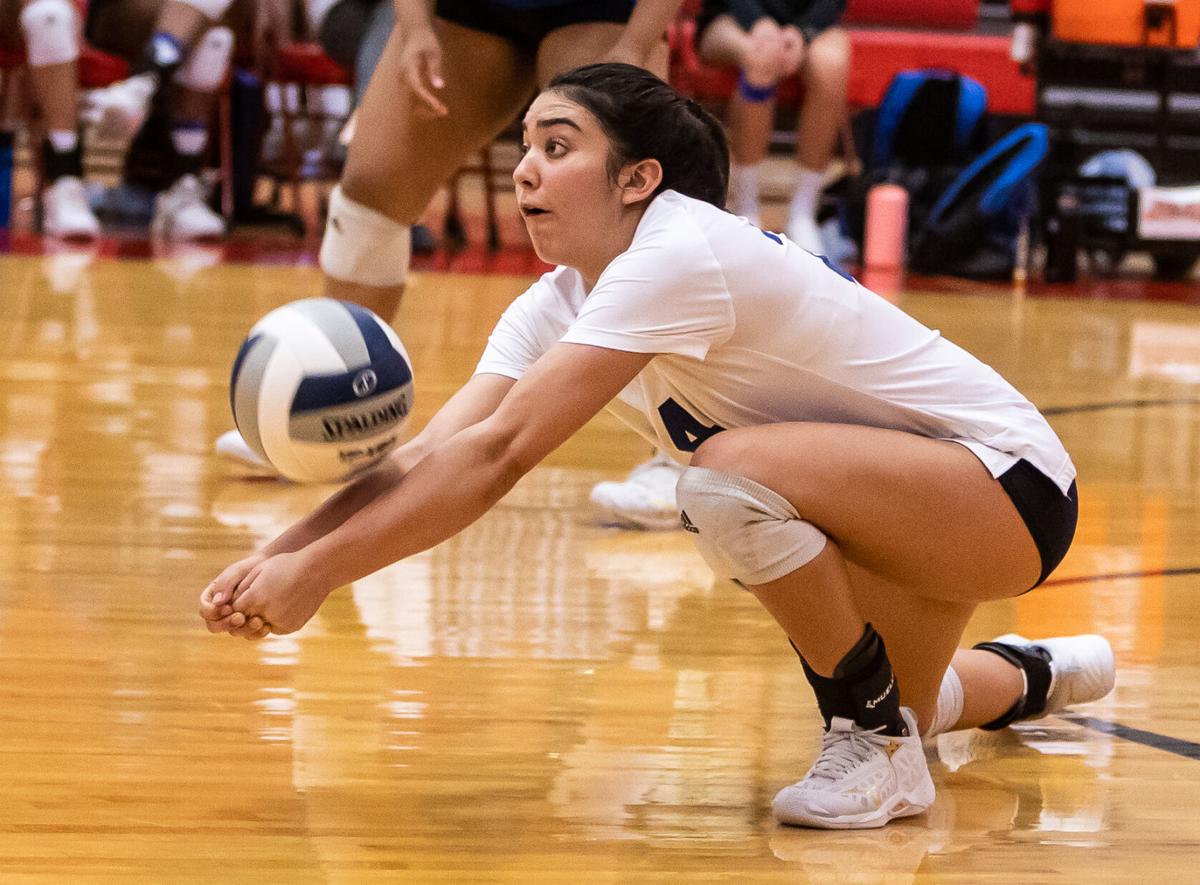 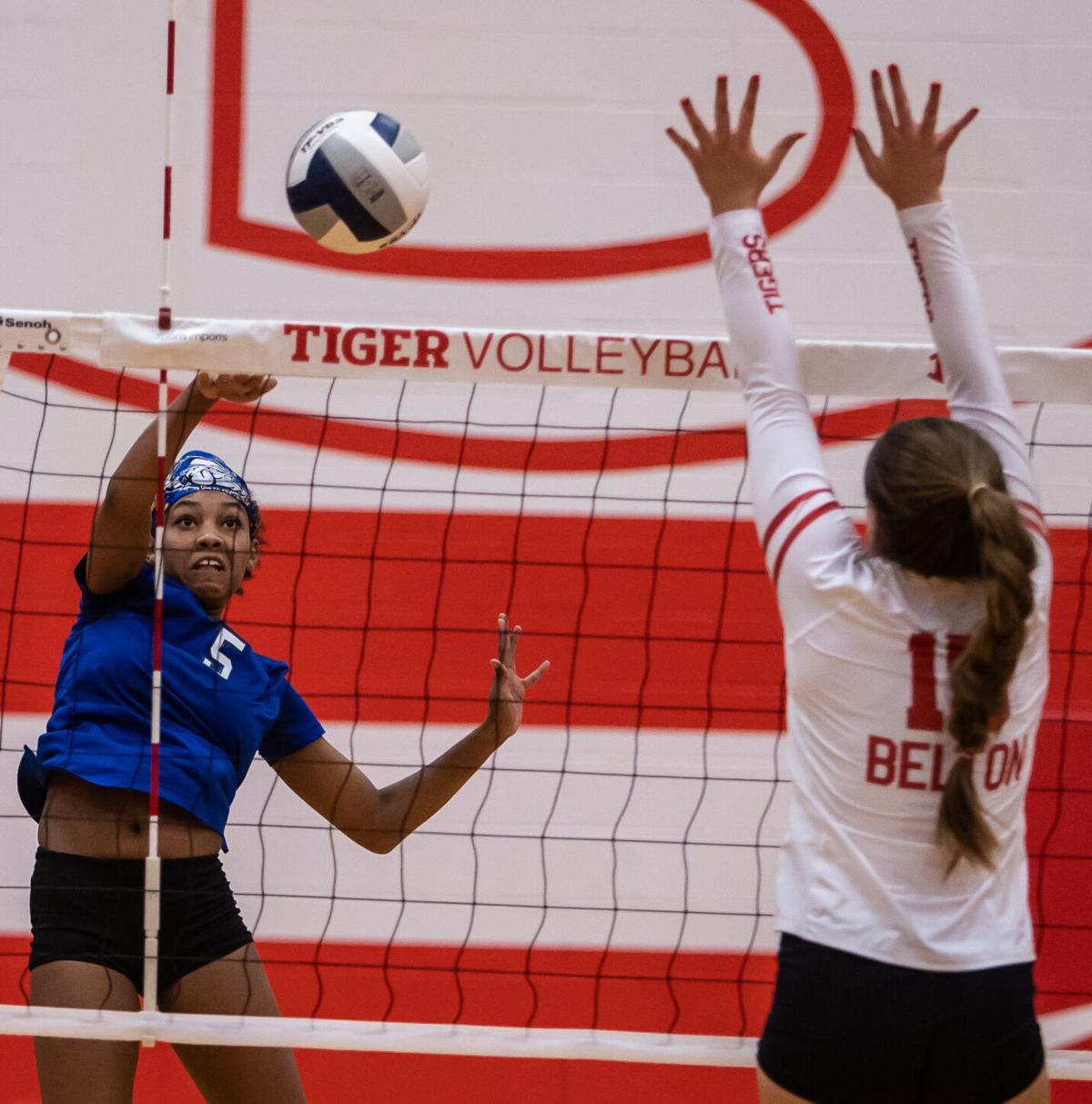 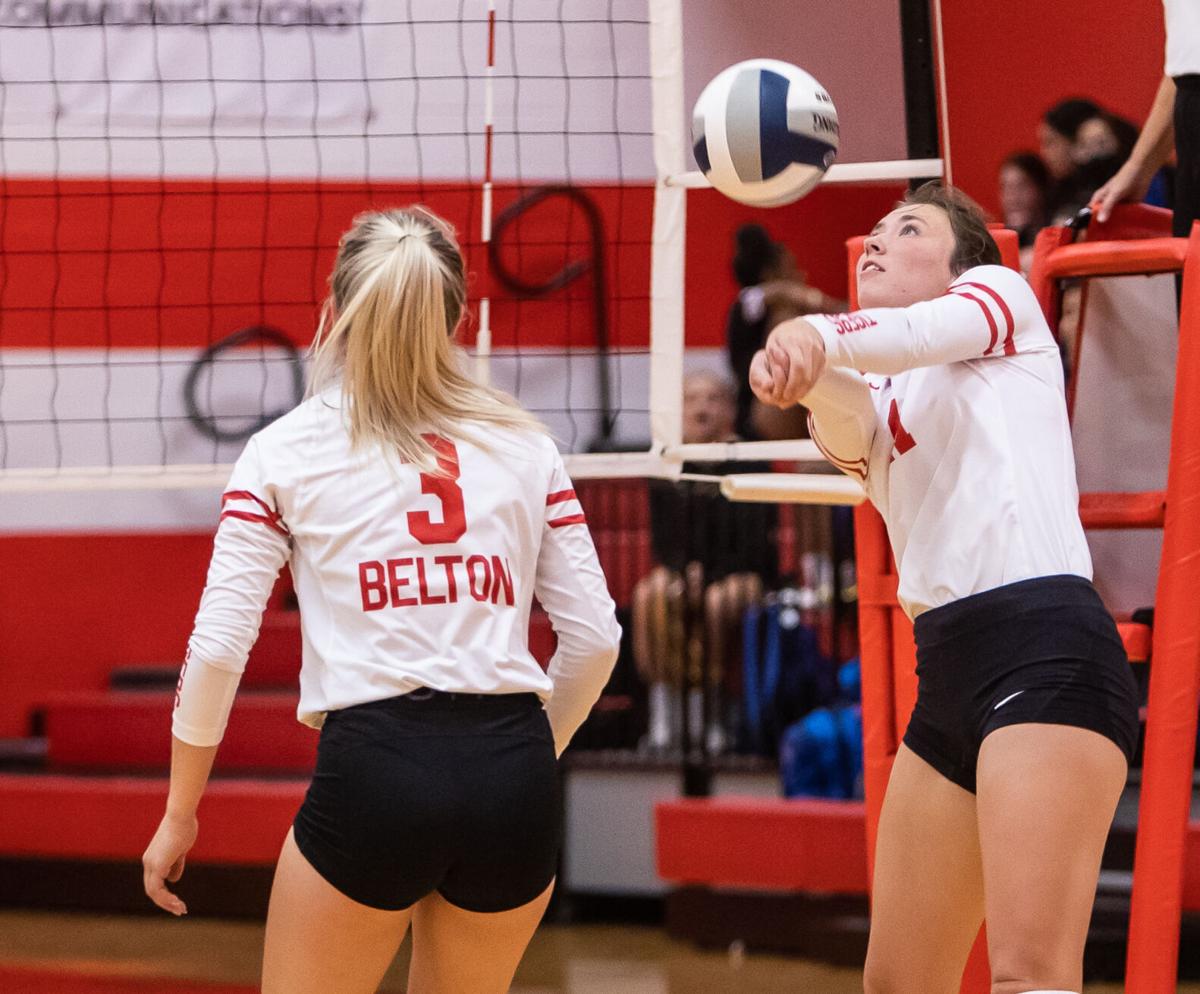 Belton's McKenna Maddux (11) bumps the ball over the net to Copperas Cove as McKenzie Mansell (3) backs her up at Belton High on Tuesday, Oct. 19, 2021. 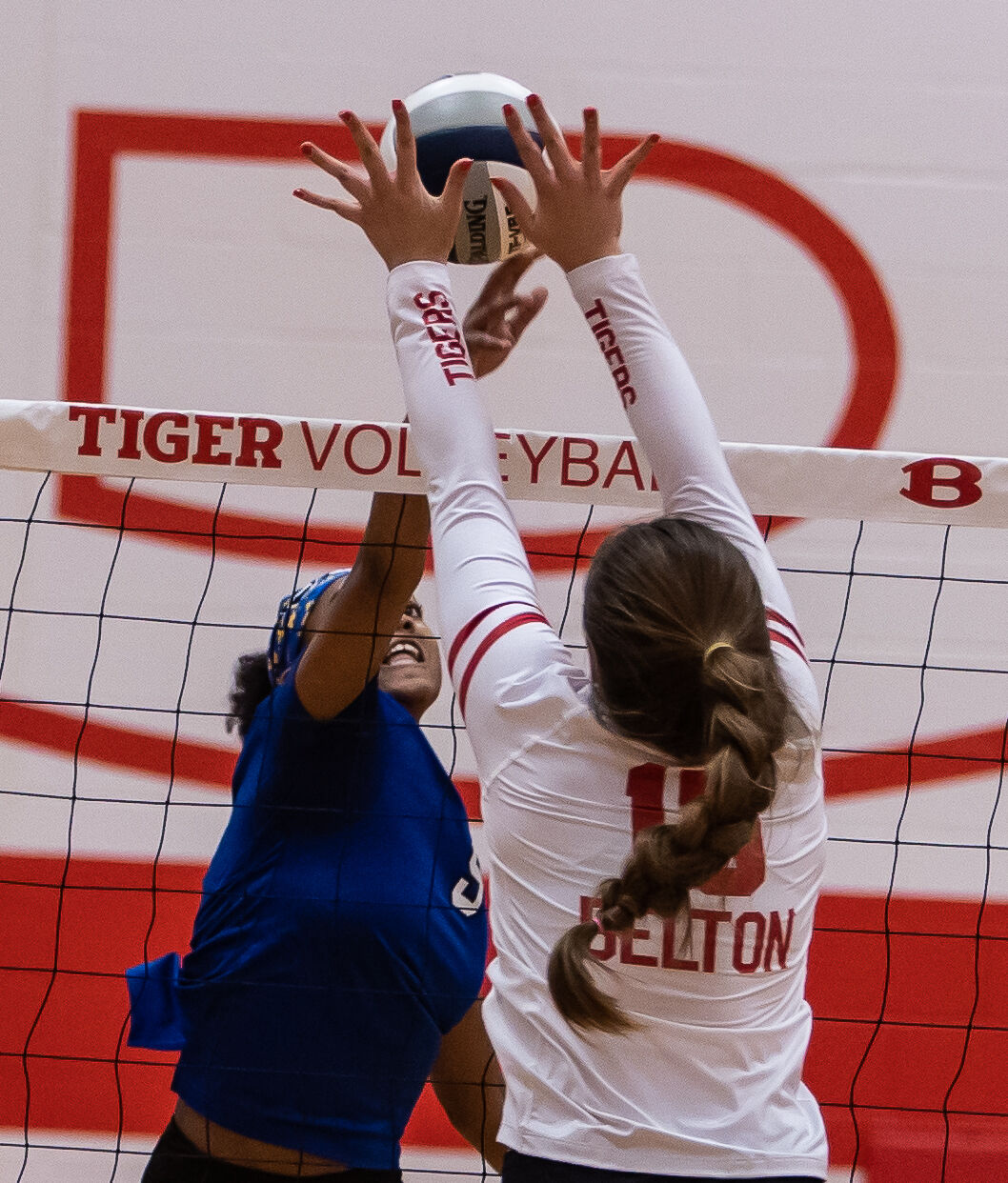 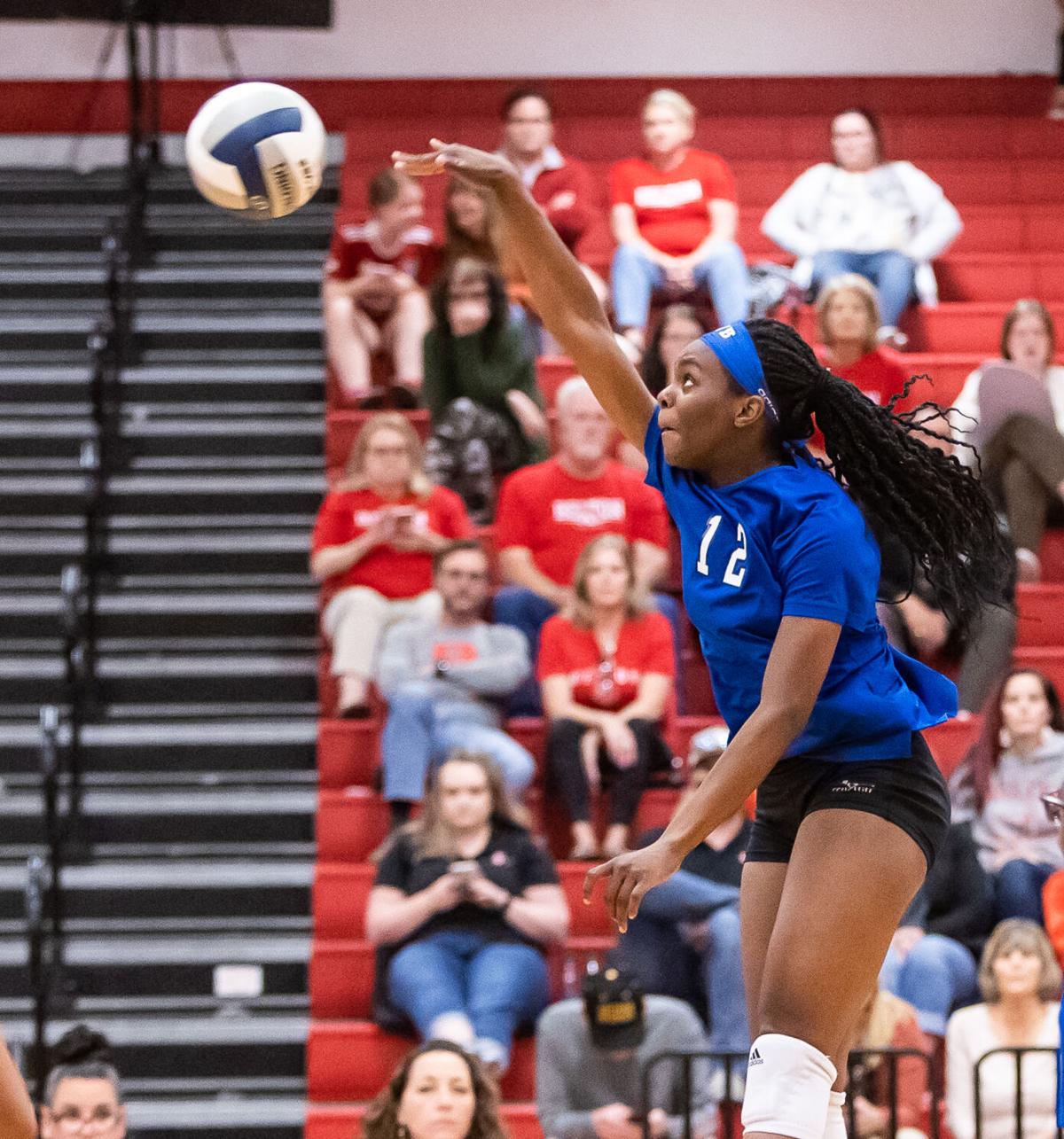 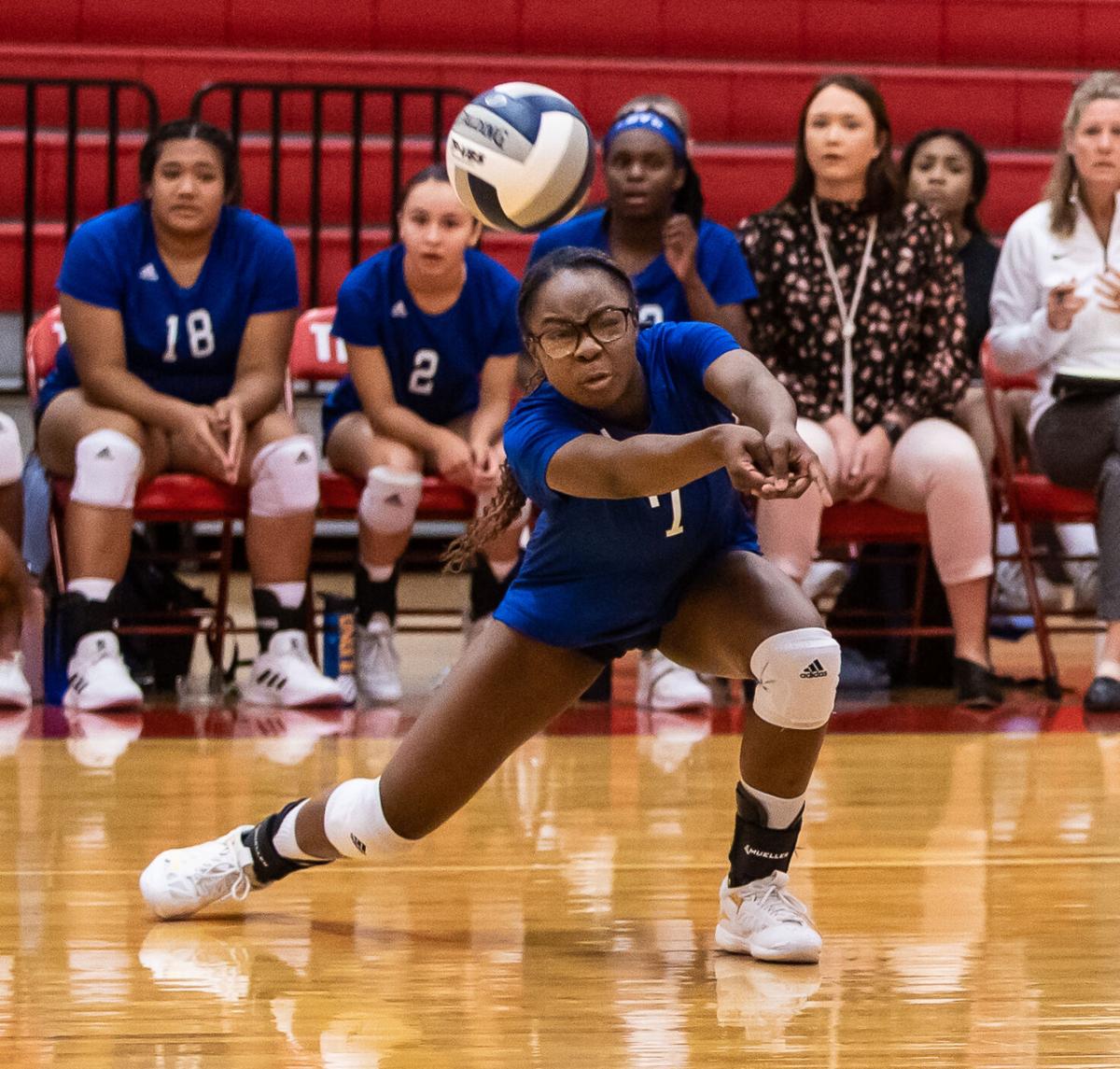 Belton's McKenna Maddux (11) bumps the ball over the net to Copperas Cove as McKenzie Mansell (3) backs her up at Belton High on Tuesday, Oct. 19, 2021.

BELTON — Cari Lowery did not know if her players would win, but she knew they would not quit.

Looking to clinch a playoff berth and become the only team in District 12-6A to sweep its season series with Belton, all of Copperas Cove’s momentum was ripped away after seeing its 2-1 lead evaporate after losing the fourth set in lopsided fashion.

Despite the outcome, there was no letdown.

Following the victory, Copperas Cove’s head coach admitted knowing her team would not lose its poise.

“I’ve only seen this team lay down one time,” Lowery said. “The rest of the time, they fight, they work and they are very coachable.

“They are everything you could ask for as a coach, and they deserve to have wins like these, because they work hard.”

The Lady Bulldawgs fell into a 16-13 hole to begin the match and were unable to recover as Belton closed the first set with 5-3 surge to secure the win, but Copperas Cove (27-16, 9-3) tied the match after climbing out of a 17-14 hole by using a 7-2 outburst before snapping a 23-23 tie with consecutive points.

A nearly identical scenario played out in the third set as the squads found themselves in another 23-23 tie, and once again, the Lady Bulldawgs delivered as Kyra Gaston recorded the set-securing kill.

But Copperas Cove could not close out the match as Belton (22-15, 10-2) dominated the fourth set, constructing a 20-5 advantage en route to forcing the deciding fifth set.

“I have never had a team take the momentum,” Lowery said, “and then hand it right back so quickly like we did between Game 3 and Game 4.

“That is just our youth and inexperience.”

The Lady Bulldawgs faced adversity again in the fifth set, falling behind 11-6, but they answered with six consecutive points to take a 12-11 lead before breaking a 14-14 tie.

Now, with two matches remaining in the regular season and its spot in the playoffs locked up, Copperas Cove turns its attention toward facing district leader Bryan on the road Friday before closing at home against Shoemaker on Tuesday.

Regardless who the Lady Bulldawgs are playing, though, Lowery knows what to expect.

“I know what we are capable of,” she said, “and if we all show up and start playing at the same time, which is something we haven’t done yet, then it is over.”

Ellison routs Cove 55-7, controls own fate in 12-6A playoff race