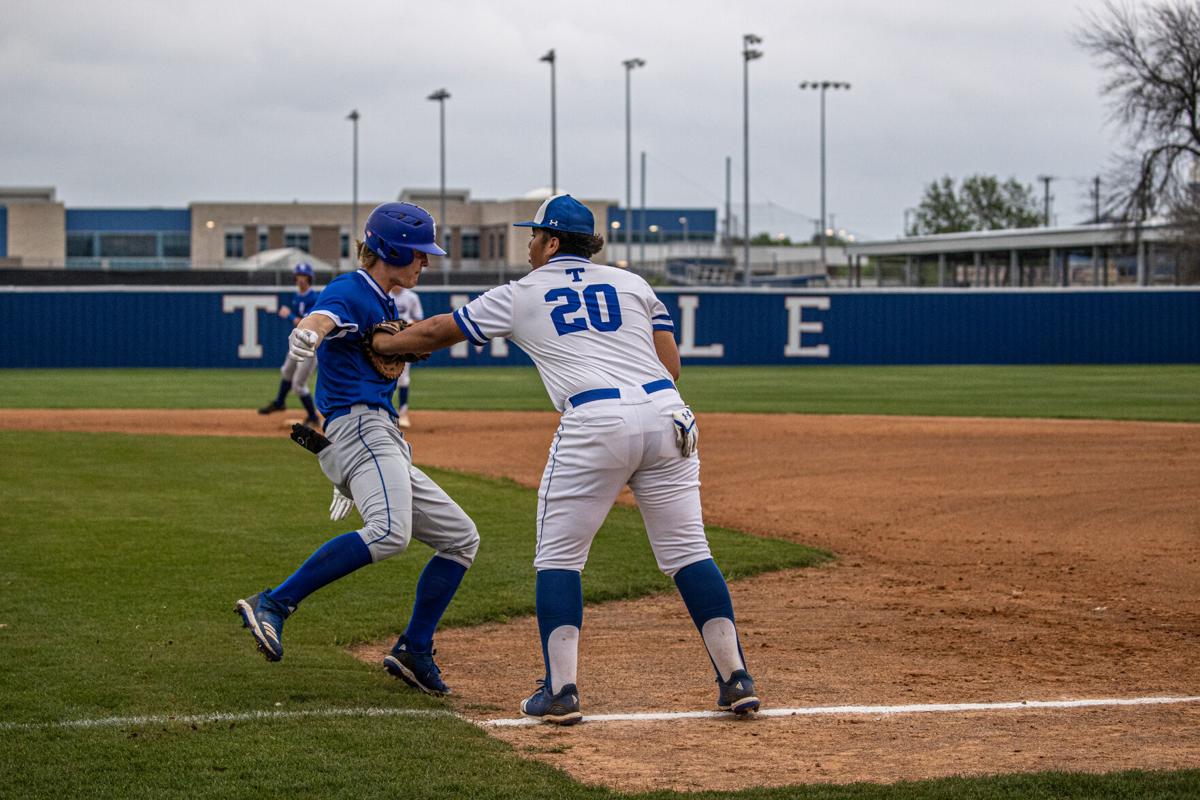 Temple’s Isaiah Fach (20) tags out Copperas Cove’s Travis Sanders on his way to first base Tuesday in Temple. The Wildcats beat Cove 8-4. 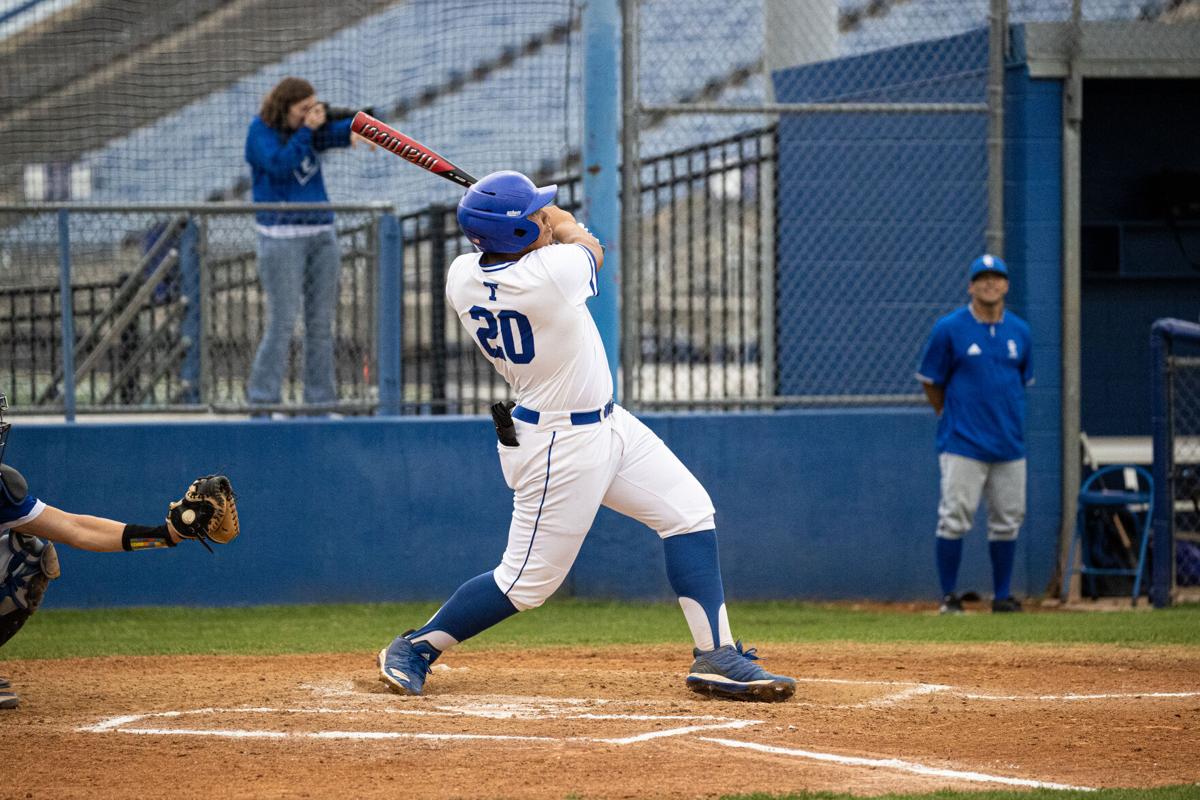 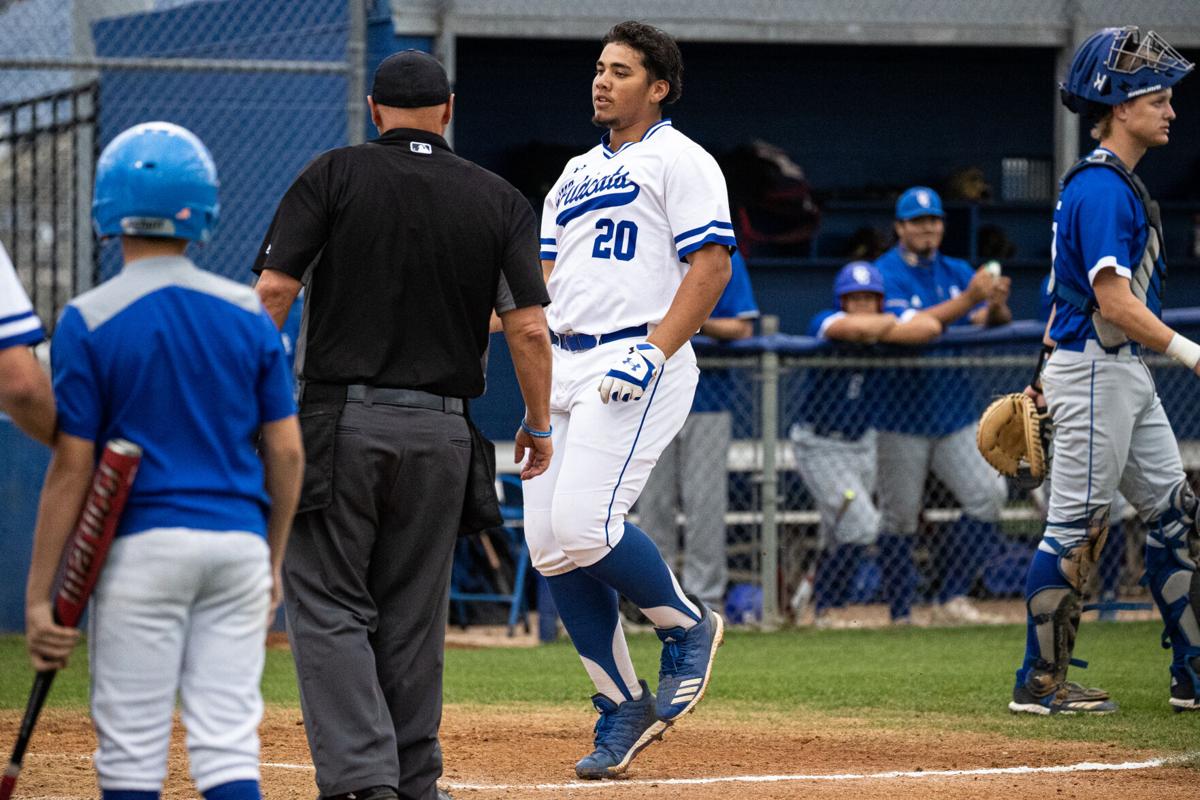 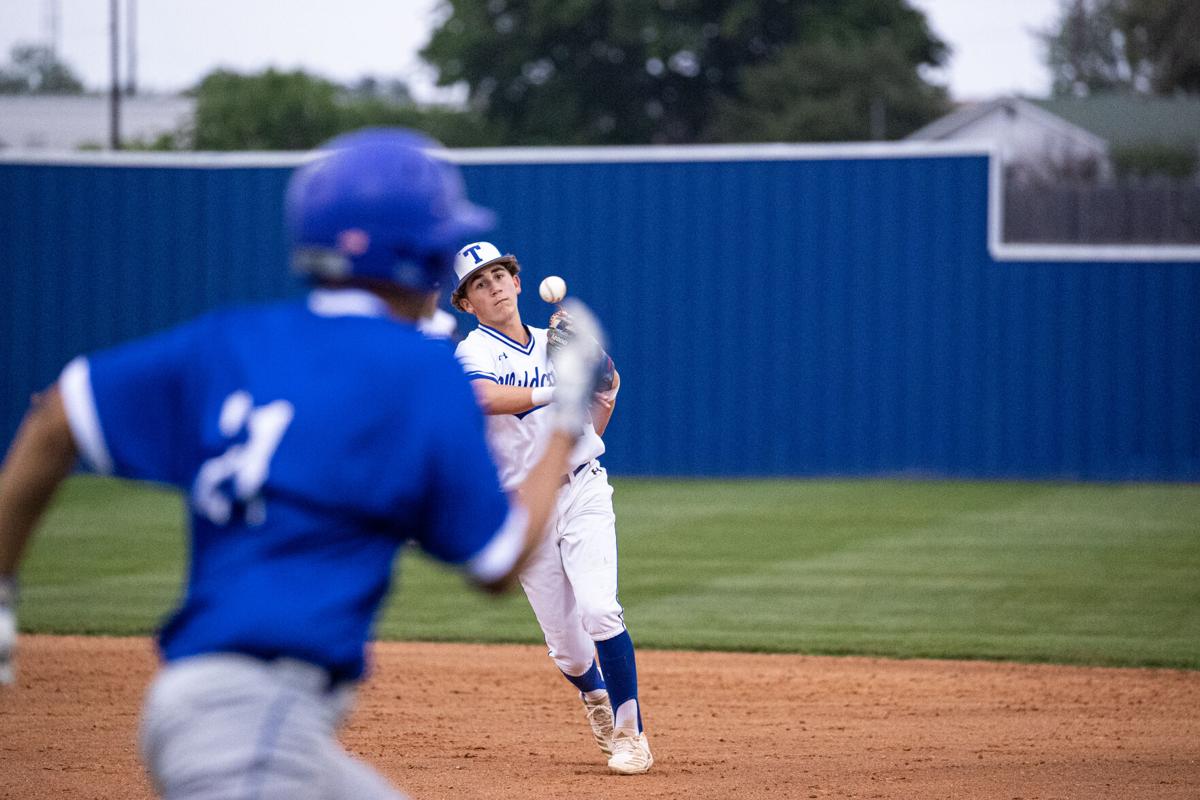 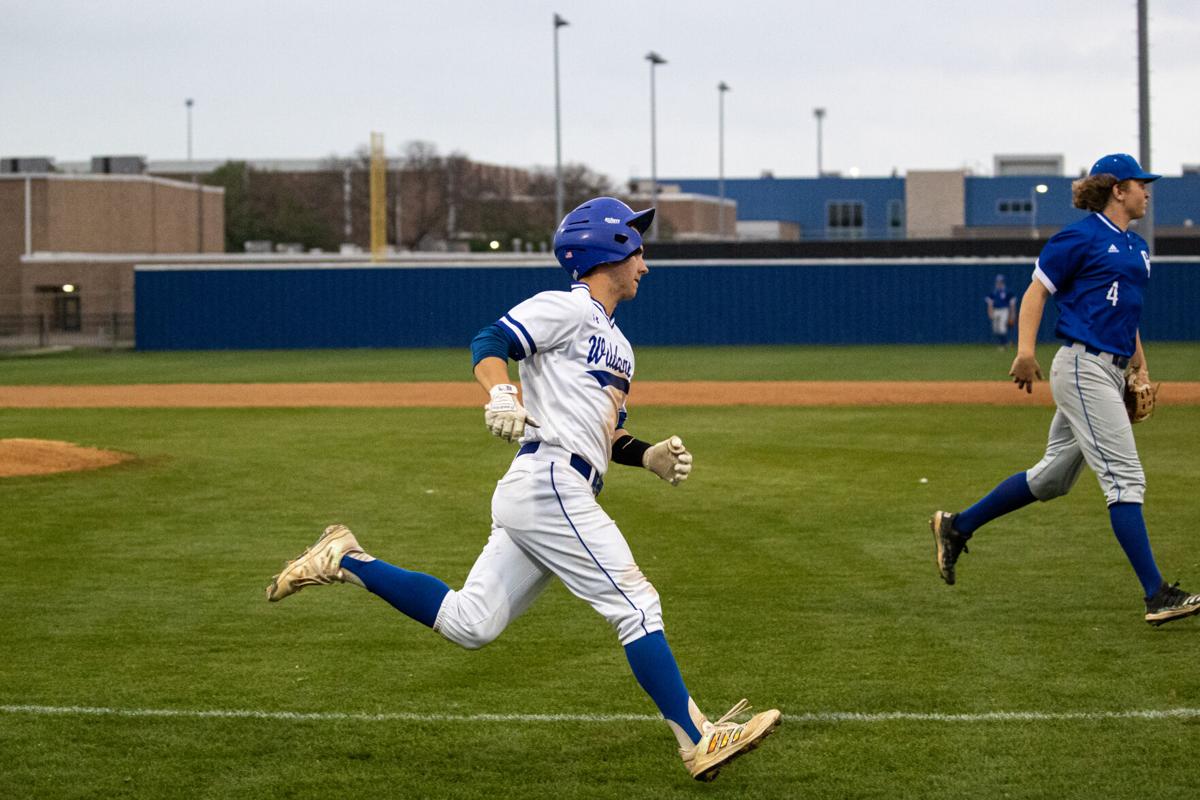 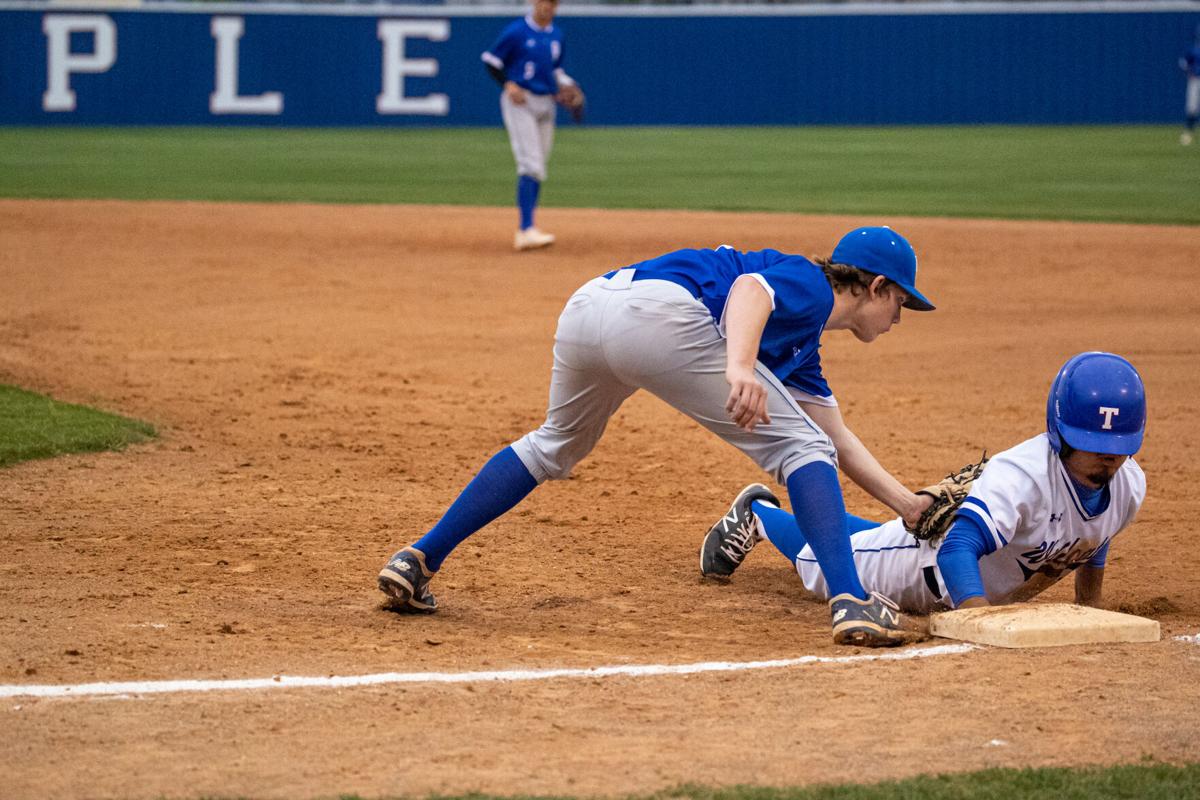 Temple’s Aiden Martinez, right, dives back to first base as Copperas Cove’s Blaine Butler applies a late tag on Tuesday in Temple.

Temple’s Isaiah Fach (20) tags out Copperas Cove’s Travis Sanders on his way to first base Tuesday in Temple. The Wildcats beat Cove 8-4.

Temple’s Aiden Martinez, right, dives back to first base as Copperas Cove’s Blaine Butler applies a late tag on Tuesday in Temple.

That’ll again be the case when Temple and Copperas Cove meet for the second time later this week because the Wildcats kept their playoff hopes afloat with an 8-4 regular-season finale win over the Bulldawgs at Hallford Field.

Each team wanted the victory for different reasons. Temple (18-11, 8-6) had to have it to ensure a play-in contest with the Bulldawgs (17-14, 8-6), who could’ve avoided that scenario by sweeping the District 12-6A series against the Wildcats. What awaits now is the rubber match to decide the district’s final postseason berth that is slated for Saturday at a time and location to be determined.

Belton, Harker Heights and Ellison have the other spots.

To counter Cove’s 1-0 lead — established when Antonio Espinoza scored on Russel Cochran’s RBI ground out — Temple sent 10 batters to the plate and scored five runs in what turned out to be a game-changing bottom of the first.

Bryan Williams walked with one out and Aaron Wagaman – who struck out 11 in a complete game on the mound ­– reached on an error ahead of clean-up hitter Fach, who turned on a 1-0 pitch for a towering three-run homer over the wall in left.

The Wildcats appeared poised to add to their lead in the second, getting back-to-back singles from Williams and Wagaman and a walk to Fach to load the bases with no outs.

Starter Dekan Radigan and the Bulldawgs got out of it, though, with a force out at home and a double play when Sanders snared a line drive off the bat of Ramos and tagged second for the third out.

The Bulldawgs pieced together a pair of runs in the fourth with an RBI ground out by Caden Harris and John Garcia-Leon’s run-scoring single to center on which outfielder Dylan Hinkle threw home to Williams, who tagged out Manuel Chaco to end the inning.

Temple turned three hits and three walks into three runs in its half of the fourth to go up 8-3.

Williams and Wagaman singled, then Fach walked to load the bases with one out. Naeten Mitchell reached on a bunt single that scored Williams, and Guillen and McDonald drew bases-loaded walks.

BELTON — It was actually a perfect ending to a great regular season.