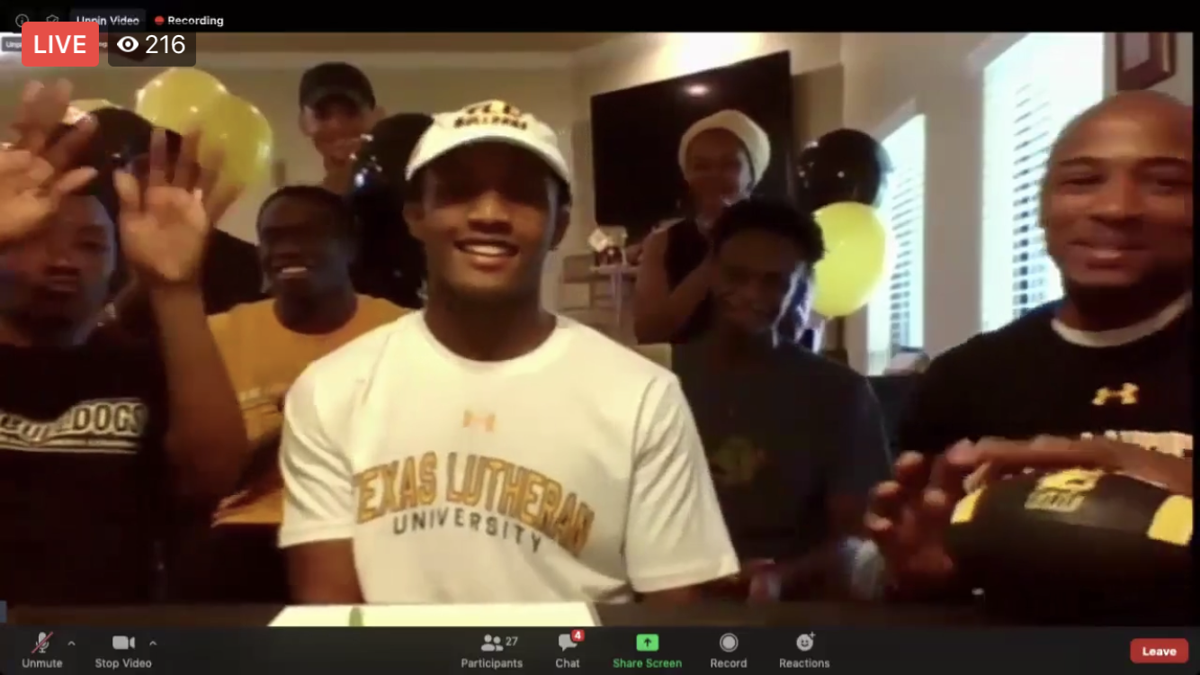 KJ Wilkerson celebrates with family after signing his national letter of intent to play football at Texas Lutheran University. 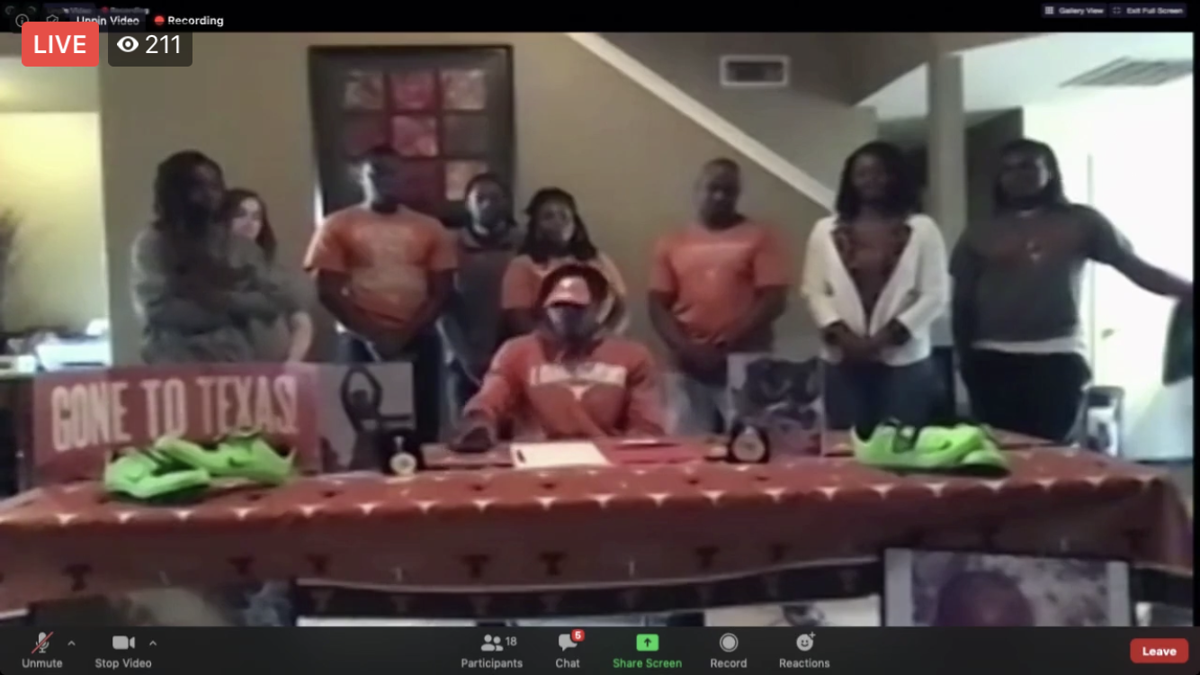 Stacy Brown signs his national letter of intent to continue his track career at the University of Texas.

KJ Wilkerson celebrates with family after signing his national letter of intent to play football at Texas Lutheran University.

Stacy Brown signs his national letter of intent to continue his track career at the University of Texas.

Ellison High School had 10 athletes sign their national letters of intent to compete in college athletics during a virtual signing day event on Wednesday.

One of the headline athletes was former triple jump state champion, Stacy Brown, who is headed to the University of Texas in Austin to continue his athletic and academic career.

“I am grateful for the teachers and coaches that have helped me grow,” Brown said after signing his letter of intent.

Brown won gold in the triple jump at the state meet his junior year. His senior season, like that of many other athletes, was cut short because of the coronavirus.

Daniela Barrantes-Perez is heading to Salem College in North Carolina to continue playing soccer. Barrantes-Perez served as the team captain for the Ellison girls soccer team her senior year.

Alina Simon will be attending Western New Mexico University. She was first team all-district her junior and senior year, according to Sherry McKinnon, the head coach of the team.

Di’Ambria Whyte was first team all-district her senior year and she is heading to the University of North Texas-Dallas.

Arrianna Faulks is headed to Schreiner University in Kerrville.

“I am grateful to everyone that has supported me on this journey,” Faulks said.

“I am so proud that she has decided to continue playing the game she loves,” she said.

Norman tore her ACL prior to her senior year but she never stopped working and was always there for the team, according to McKinnon.

Chyra Thompson will be playing volleyball at the University of Arkansas-Fort Smith. She was named the District 12-6A most valuable blocker her senior year.

Ethan Buchanan was a four-year varsity soccer player at Ellison and he will be attending the University of Mary Hardin-Baylor in Belton. Buchanan scored 75 goals over the four years to finish number one in the school’s history in career goals.

KJ Wilkerson was a cornerback on the Ellison football team and he will be playing for Texas Lutheran University in Seguin. Wilkerson was second team all-district in his senior year.

Janissa Ortiz Acosta will be competing in cross county at East Texas Baptist University in Marshall. Acosta will be majoring in biology and she took time to thank all of her coaches during her signing.

After the signings were complete, Todd Wright, the athletic coordinator for the campus, spoke to all who were listening in person and over Facebook live.

He mentioned how proud he was of all the athletes and that they have put the work in to get to where they are now.

“Talented kids get signed,” Wright said. This was a group of talented kids, according to Wright.