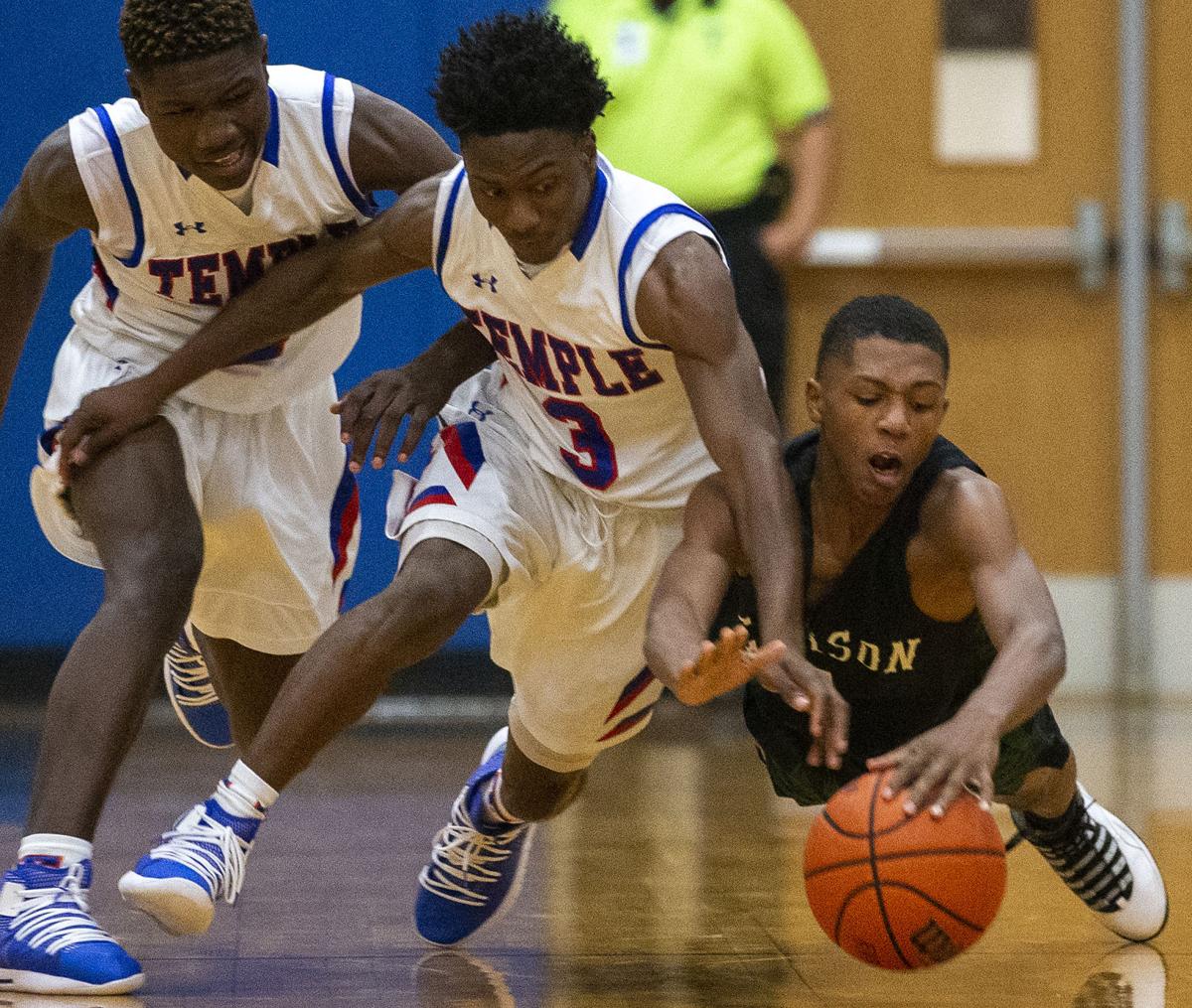 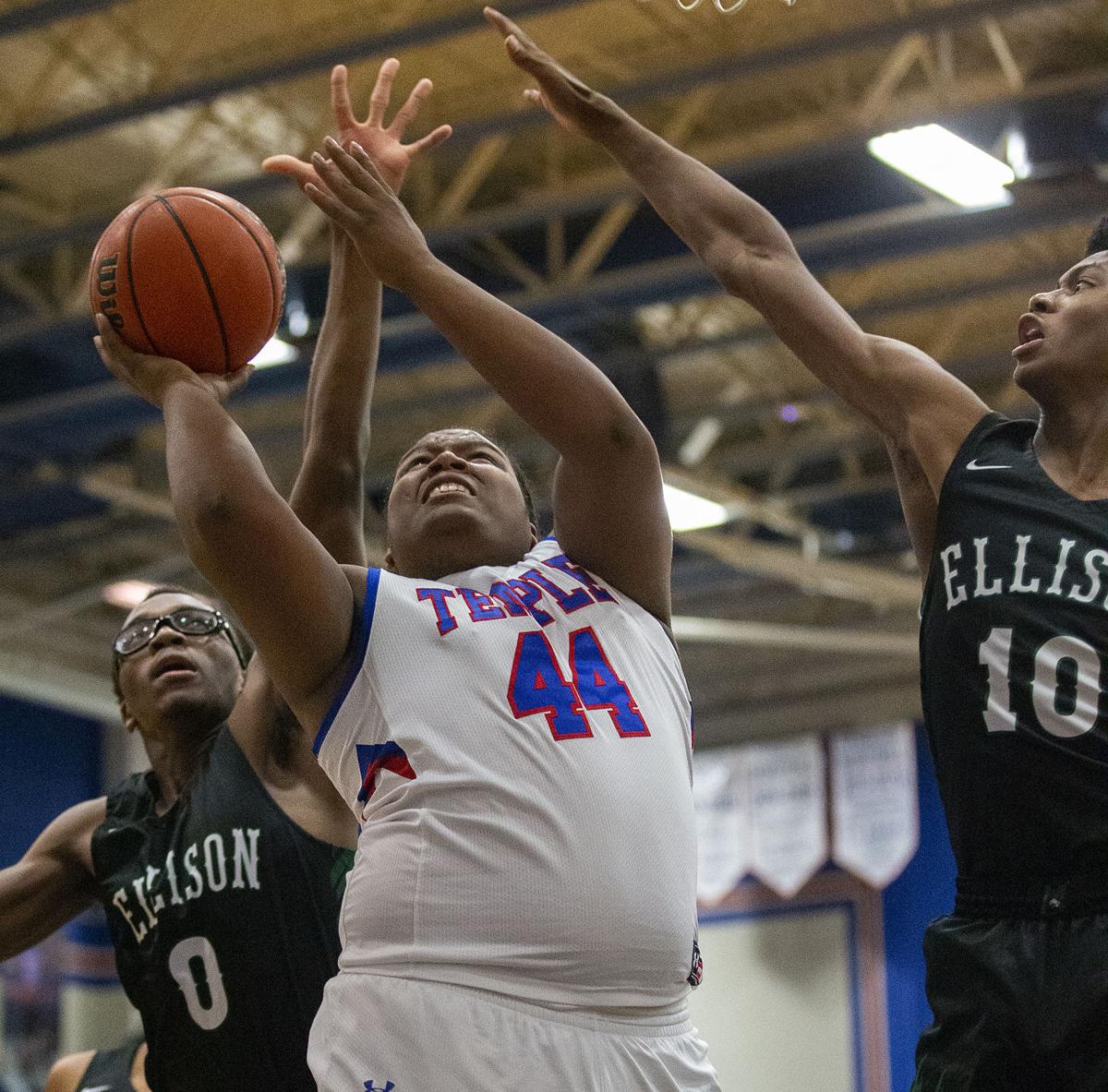 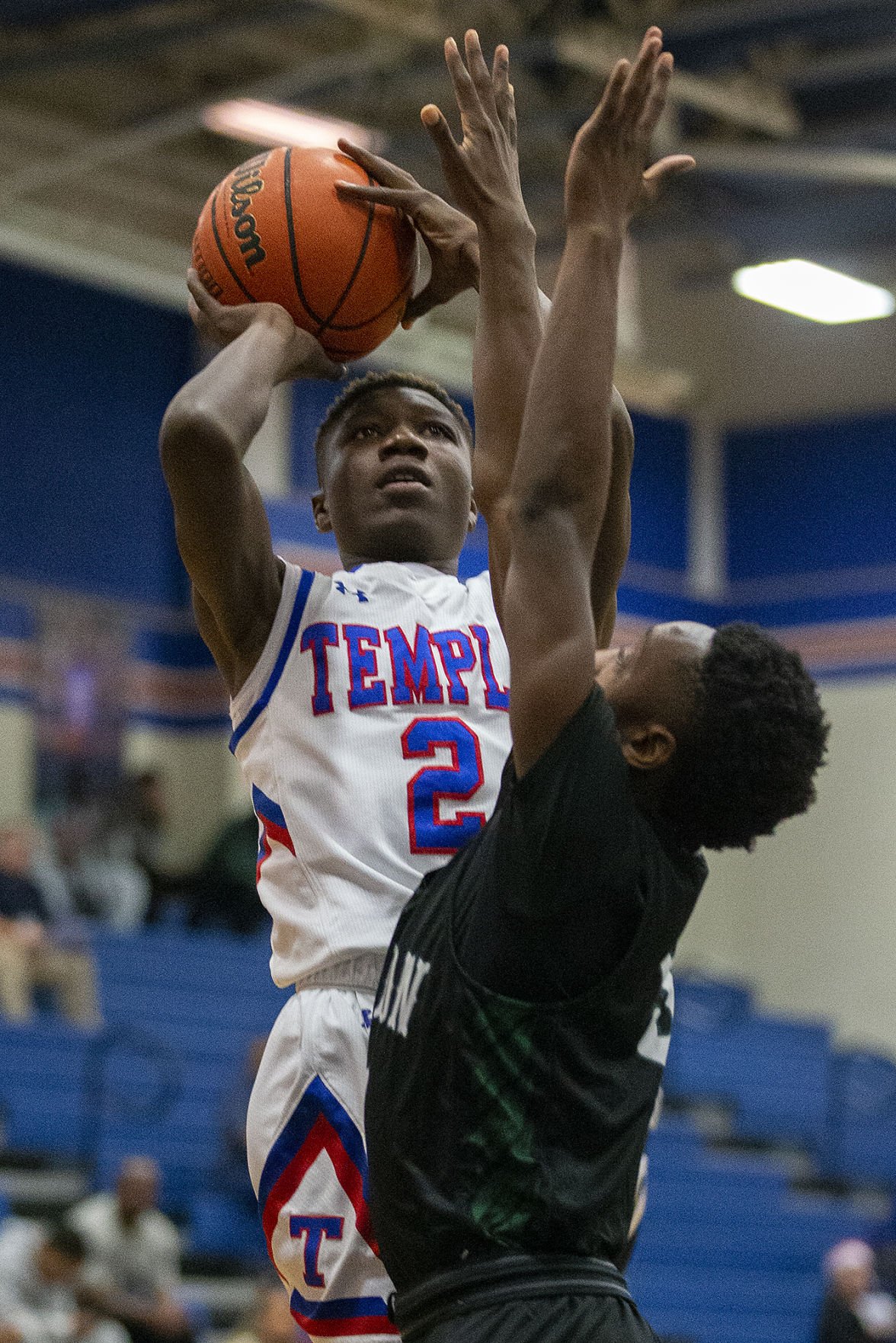 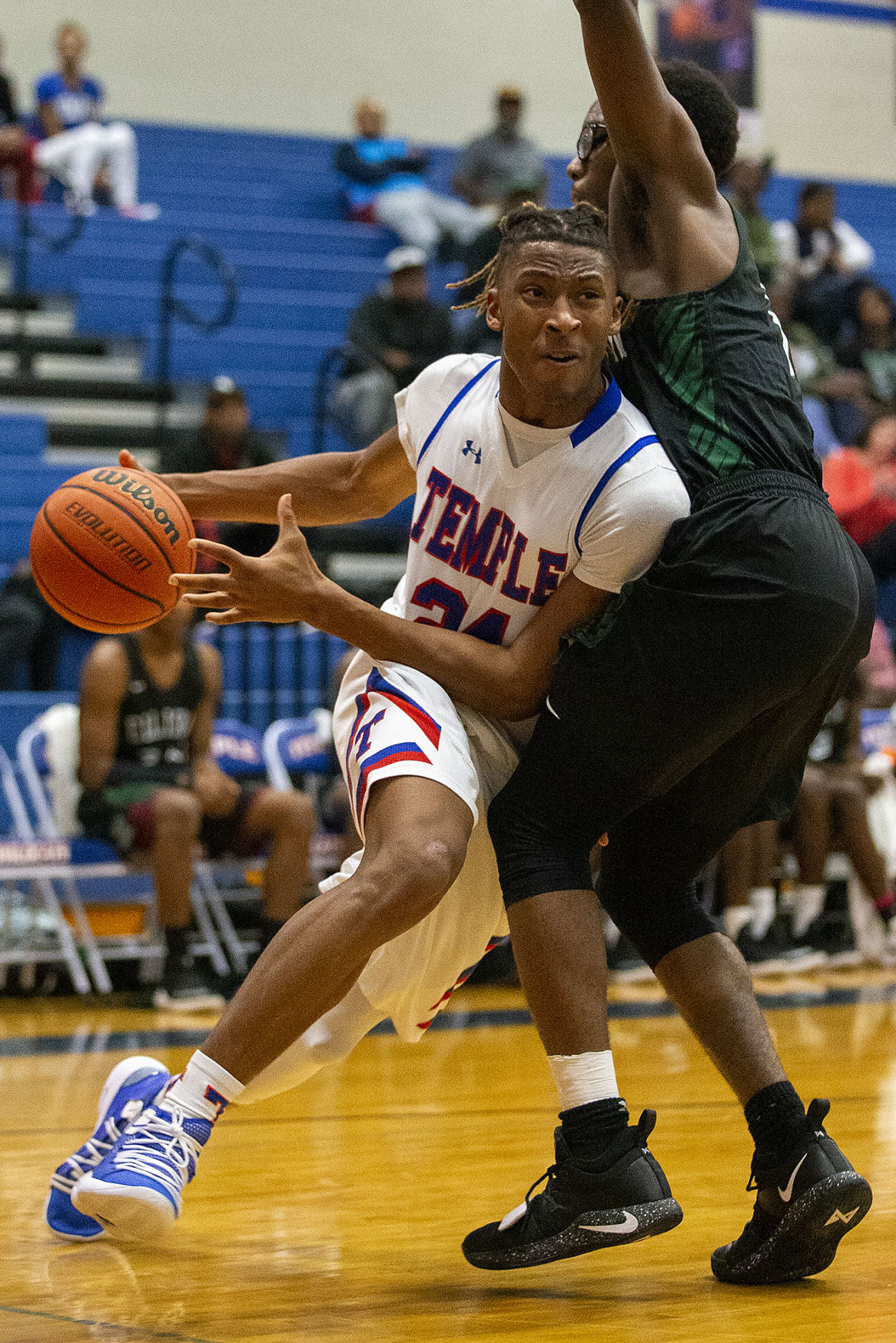 Temple's Quentin Johnston (24) drives to the basket against Ellison's Amir Davis on Tuesday in Temple.

Temple's Quentin Johnston (24) drives to the basket against Ellison's Amir Davis on Tuesday in Temple.

Ellison head coach Alberto Jones Jr. believed his defense had seen better games. First-year Temple head coach Michael Thomas stated that the Eagles’ defense was nothing new and something his Wildcats should have responded to better.

Regardless of the opposing coaches’ postgame thoughts, the 16th-ranked Eagles’ defensive pressure caused problems for Temple down the stretch and resulted in the Wildcats’ third district loss, 61-54, on Tuesday night at Wildcat Gym.

“It wasn’t necessarily their press that gave us problems, it was us not being in the right spots,” Thomas said. “Every team in the inner-city runs that same diamond-and-one defense, so it’s nothing new. But we weren’t disciplined enough to get to our spots, pass it around and get some layups.”

Temple (7-9, 1-3 District 12-6A) kept within striking distance of Ellison (13-4, 3-1) for much of the third quarter, but a 9-4 run over the final 3:24 of the period — fueled mostly by Wildcats turnovers leading to Eagles points — increased Ellison’s lead heading into the fourth quarter.

Chandler Sutton made a pair of free throws to extend the Eagles’ advantage to double digits, 48-38, with 5:43 left in the game. Still trailing by 10, the Wildcats cut the lead to seven, 57-50, before Nehimiah Nuckolls made a layup and Ellison hit its free throws down the stretch to keep its steady lead.

Ellison led 27-24 at halftime after Sutton made a 3-pointer at the buzzer.

“We gave them 54 points so I don’t think we were really successful on defense,” Jones said. “We try to give up 45 or less and that didn’t happen tonight. I feel like we slept-walked through a lot of plays. From keeping them out of the paint, guarding your man, closing out your shooter, I just thought we struggled a lot.”

The Wildcats shot 53 percent from the field (20-for-38) and scored 20 points in the fourth quarter, but failed to record enough stops on defense as Ellison tallied 19 points over the final 8 minutes. Quentin Johnston led the Wildcats with 15 points and Elcid Smith finished with 10 points. Three Eagles finished with double digits as Shamir Bogues (18), Sutton (17) and Amir Davis (11) paced Ellison’s offensive output. The Eagles shot 40 percent (19-for-47) but converted 21 of 29 free throw attempts, compared with Temple’s 9-for-21.

“I’m not looking at records right now, I’m trying to get everyone on the same page and get this team better one day at a time,” Thomas said. “There are no excuses for today, though. We didn’t play to our potential and the better team won.”

TABC RANKINGS: Lady Badgers up to No. 11; Ellison boys debut at No. 16

Lampasas reached new heights Monday, climbing to No. 11 in the Texas Association of Basketball Coaches Class 4A girls poll.