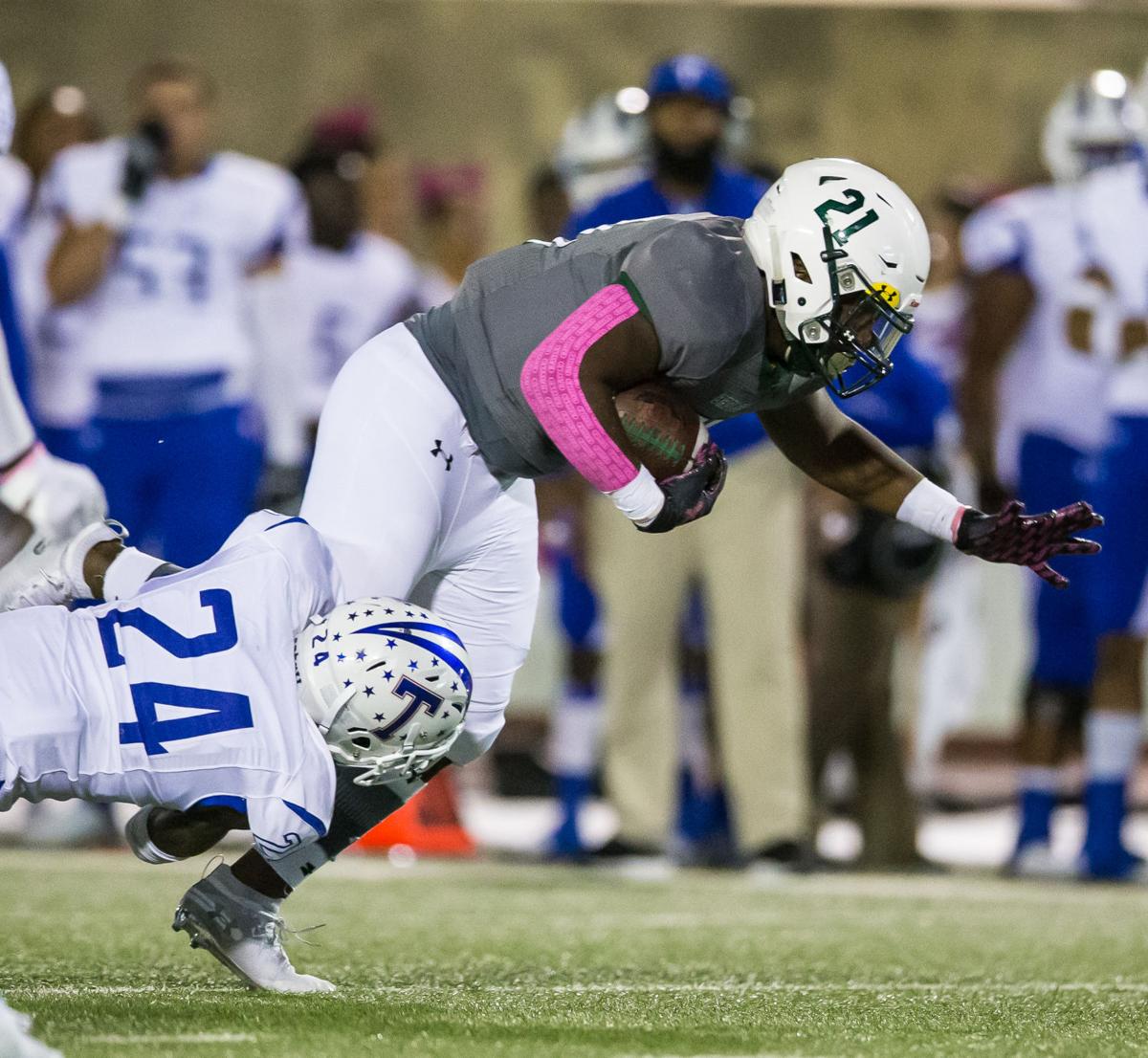 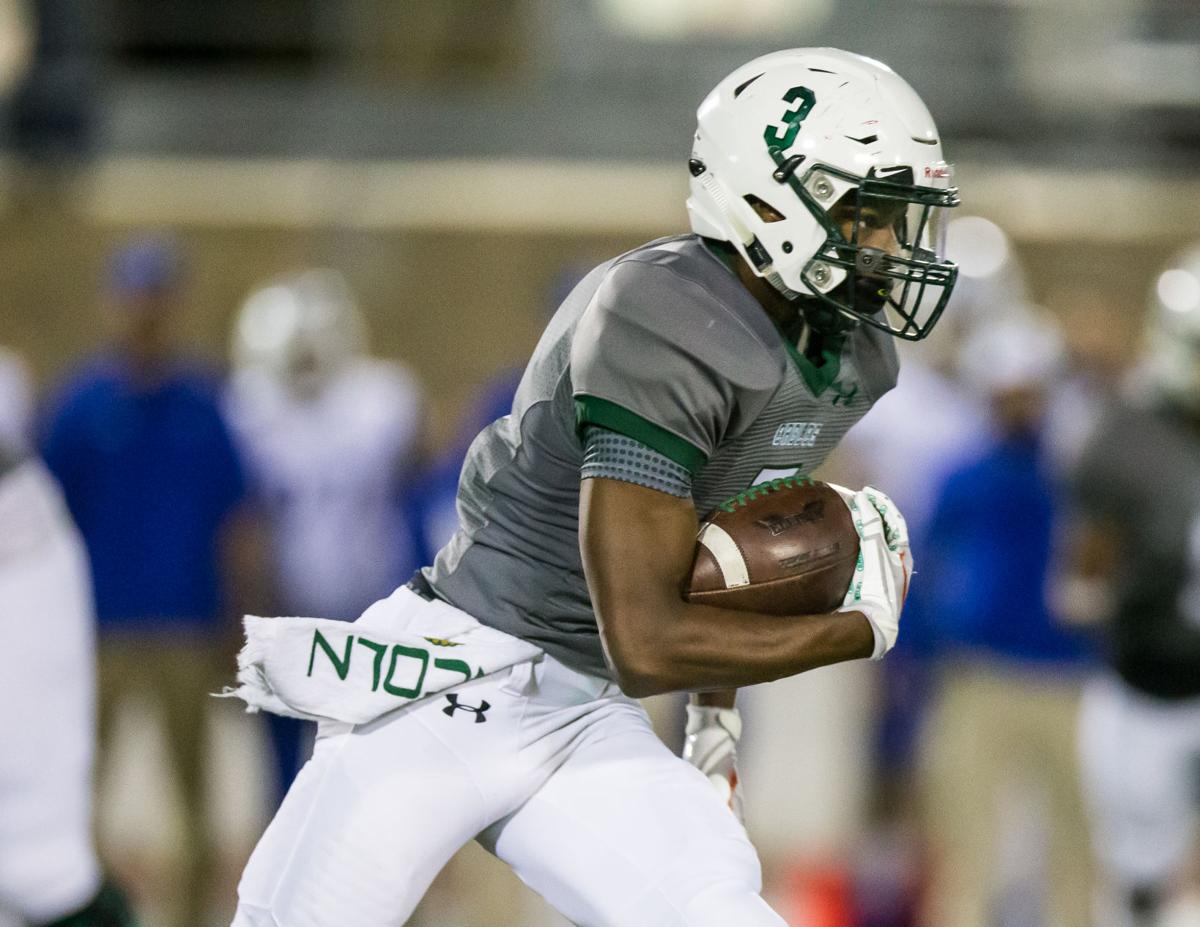 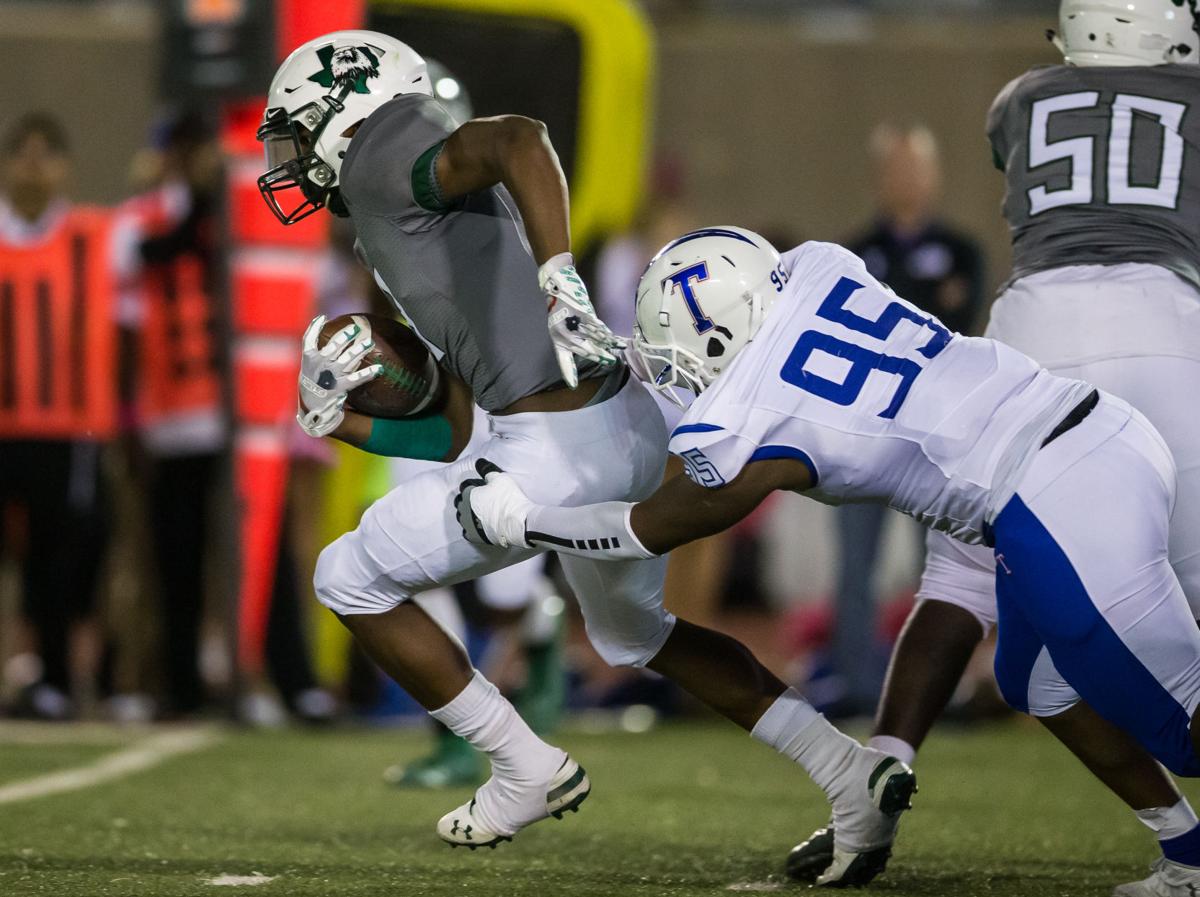 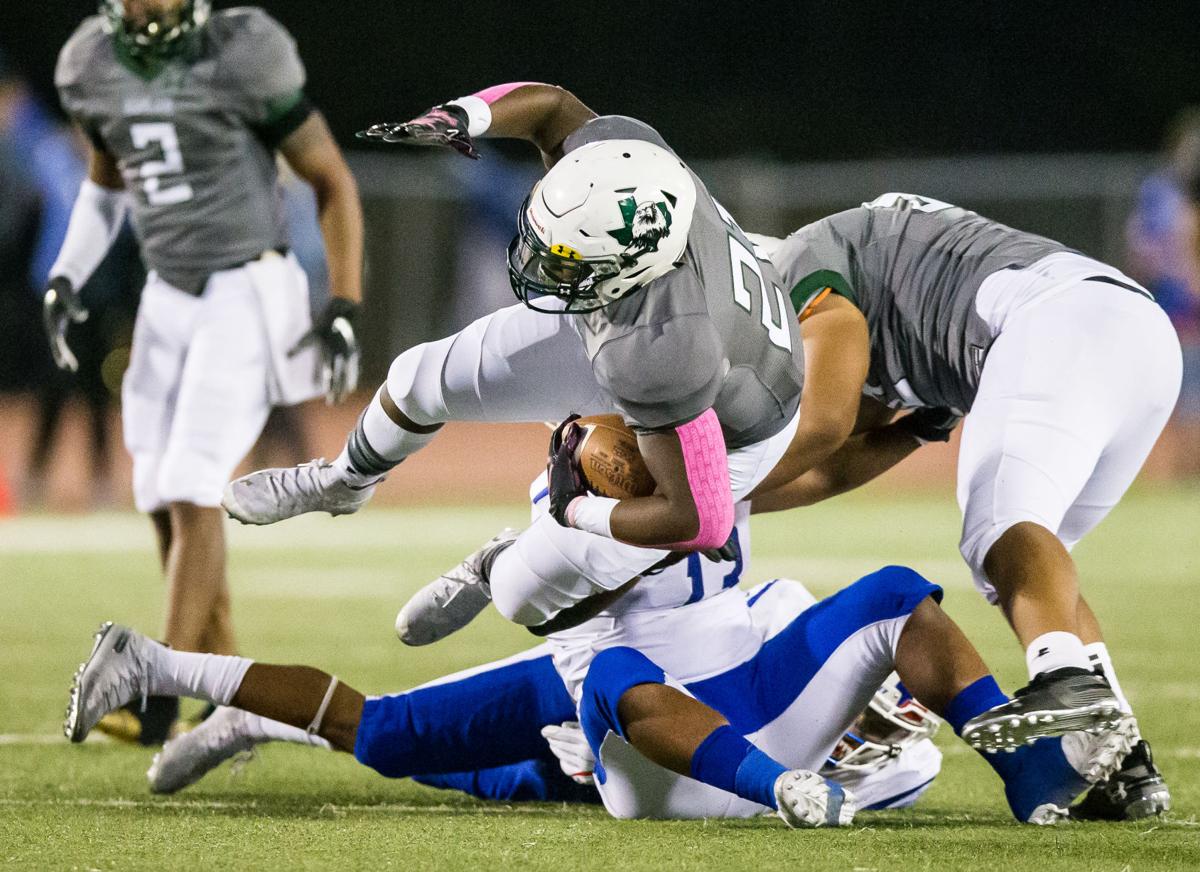 Ellison's Ezekiel Sheridan (21) runs for short yardage before being tripped up by multiple Temple defenders Friday at Leo Buckley Stadium. 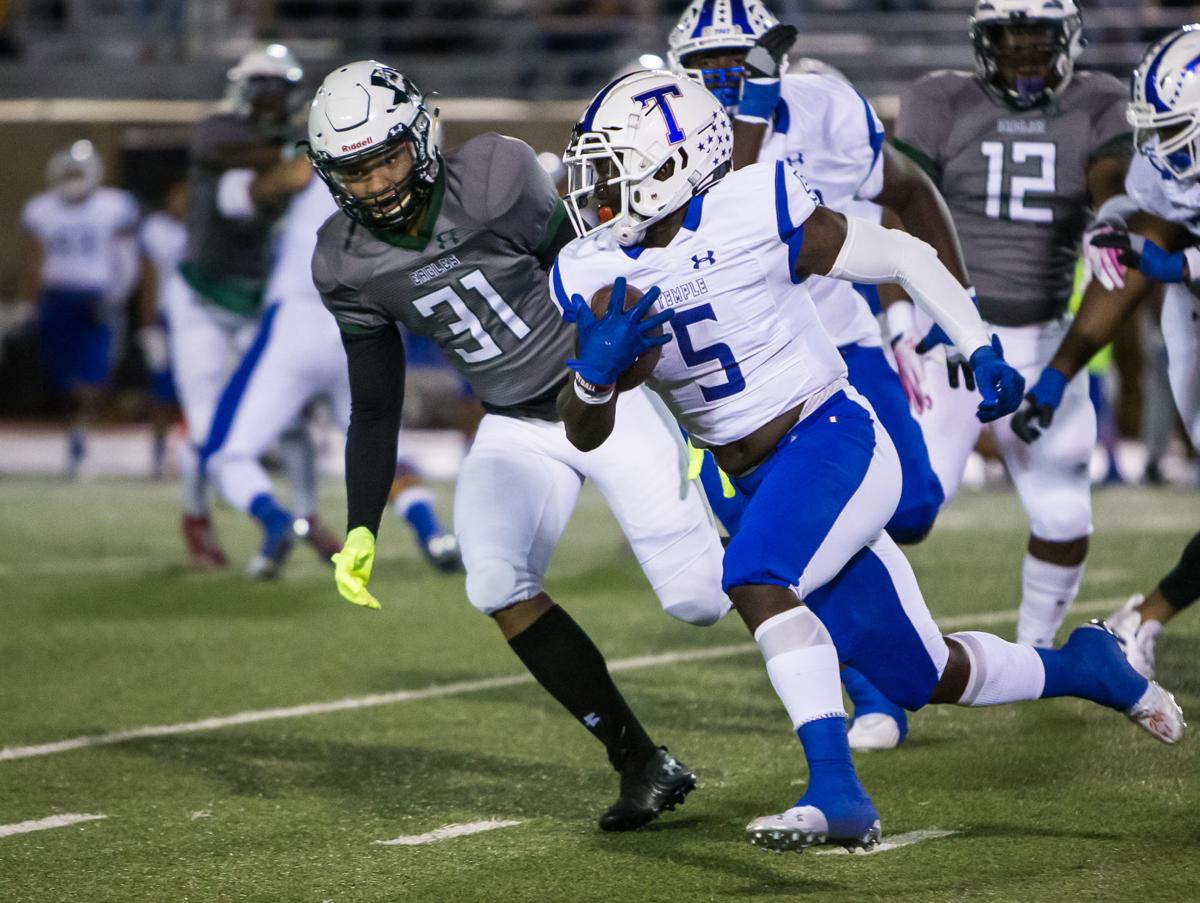 Temple's Anthony Jackson (5) runs to the outside as Ellison's James Williams  pursues on Friday at Leo Buckley Stadium. 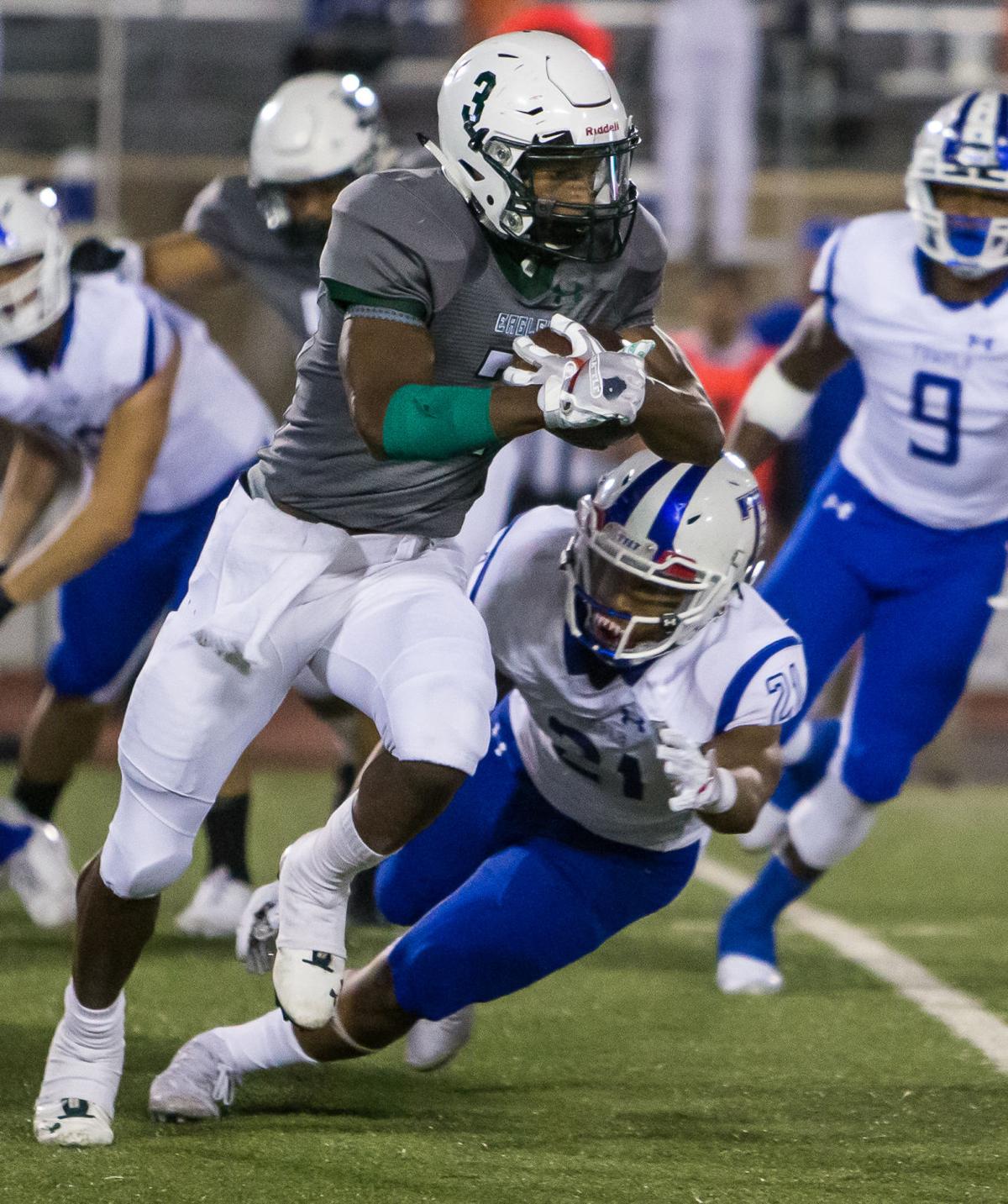 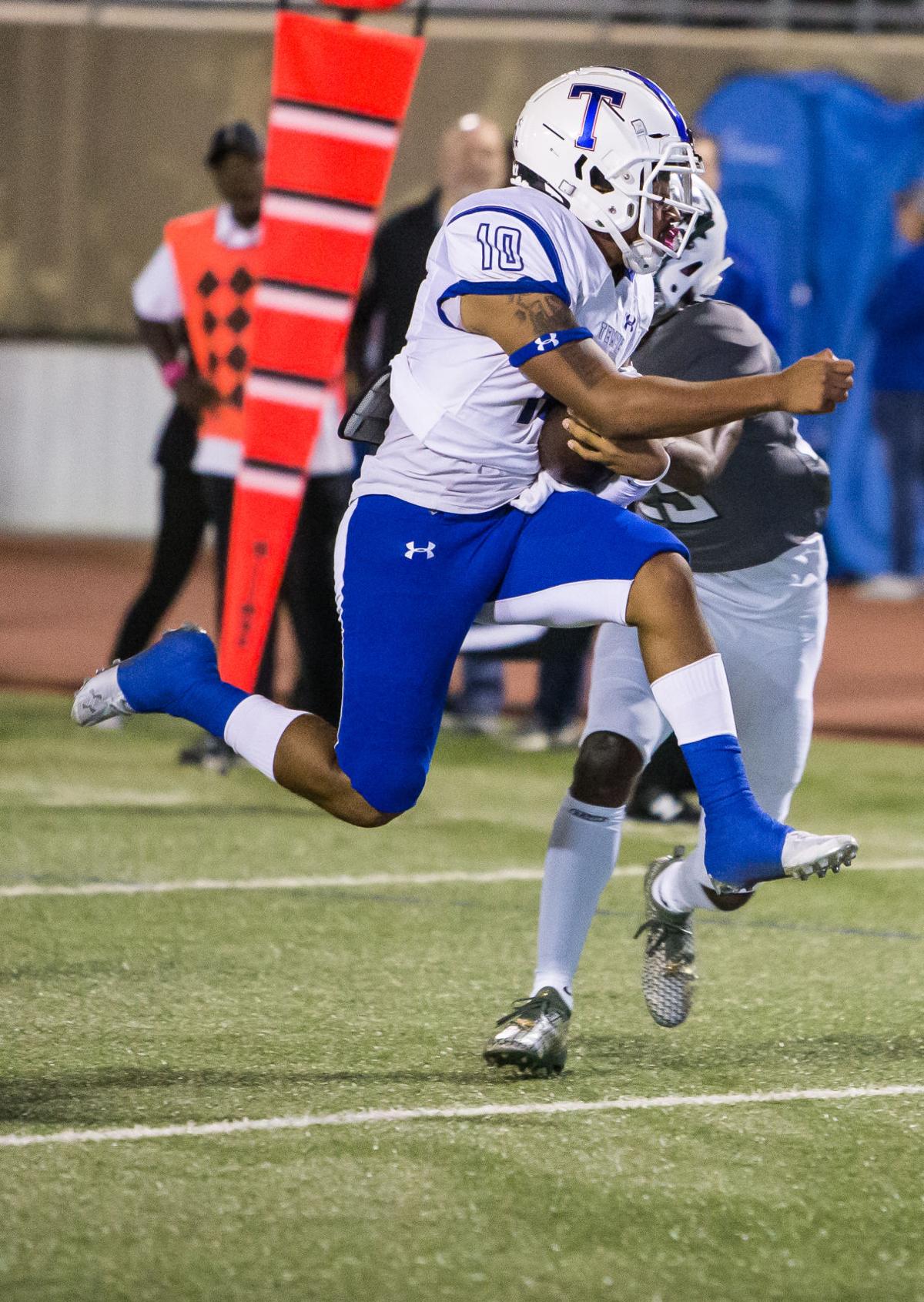 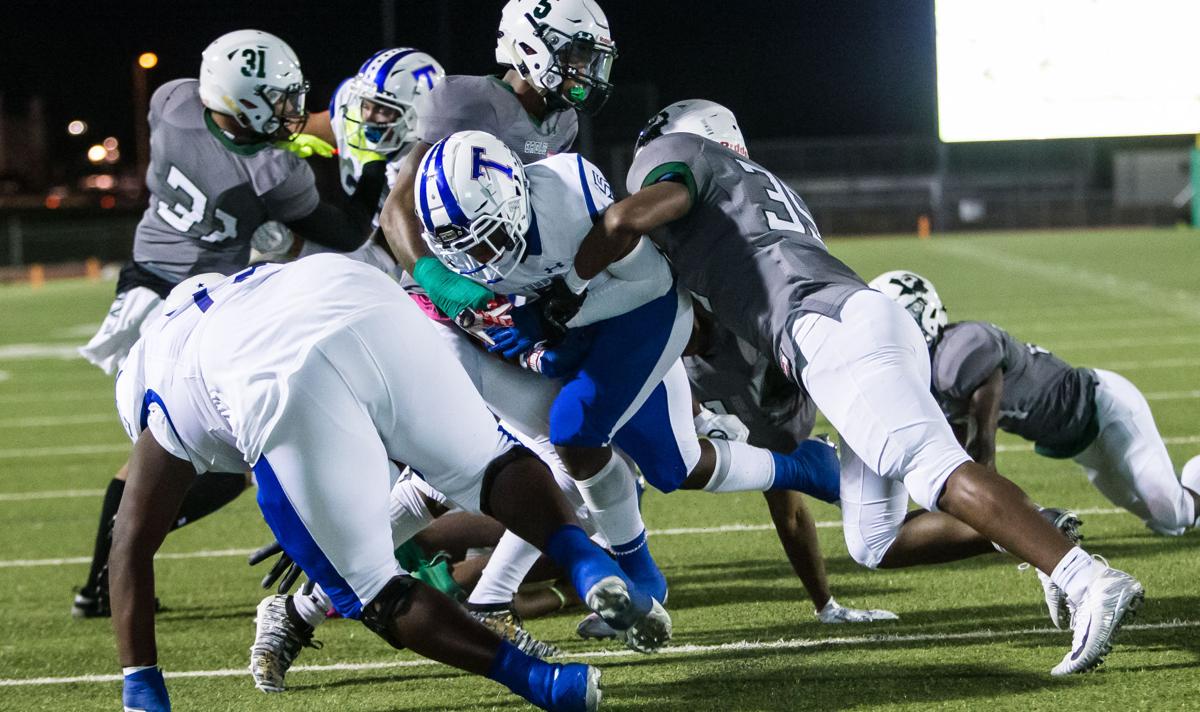 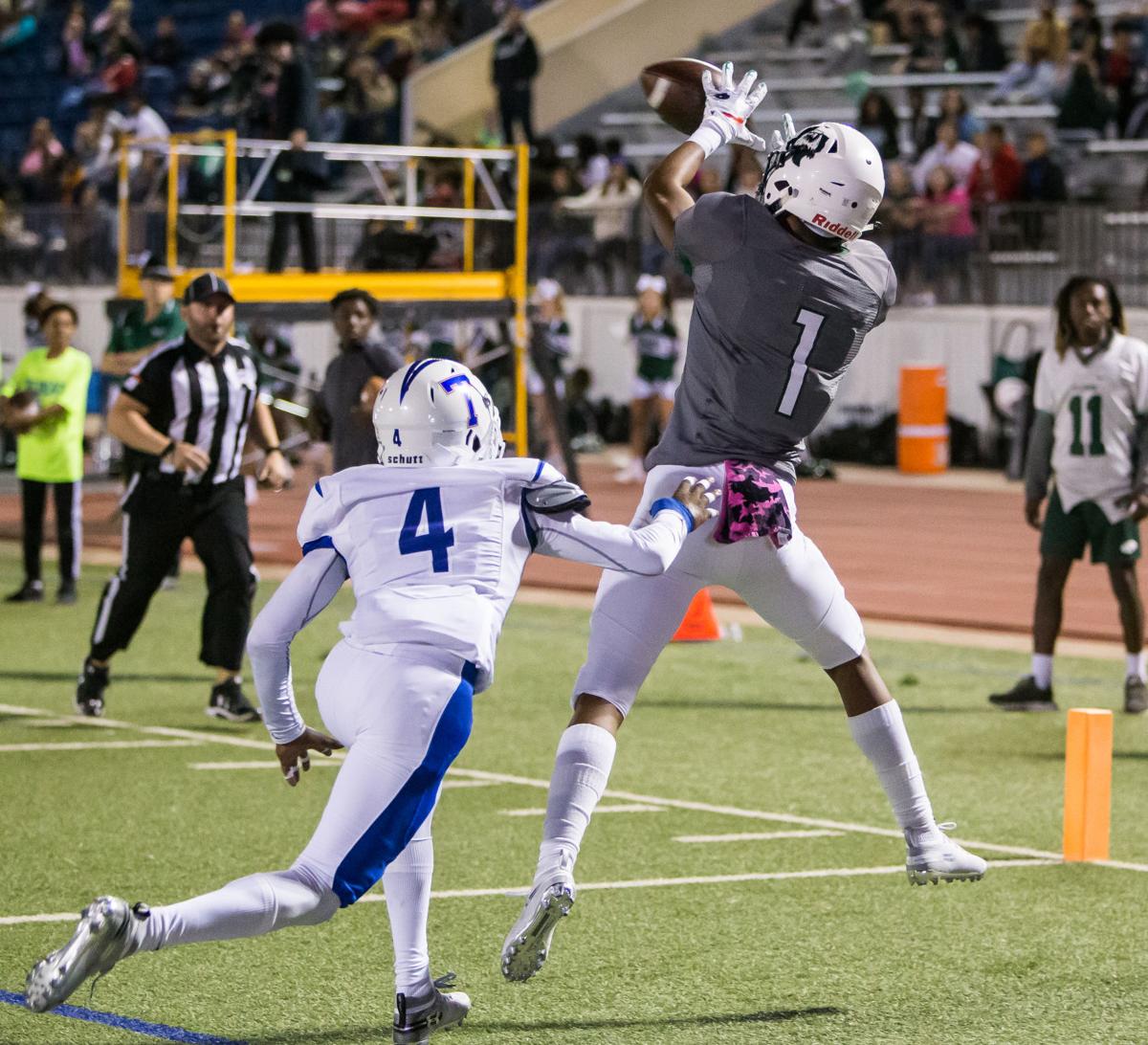 Ellison's Traelen Williams (1) catches a touchdown pass in the end zone in front of Temple's Keon Williams on Friday at Leo Buckley Stadium.

Ellison's Ezekiel Sheridan (21) runs for short yardage before being tripped up by multiple Temple defenders Friday at Leo Buckley Stadium.

Temple's Anthony Jackson (5) runs to the outside as Ellison's James Williams  pursues on Friday at Leo Buckley Stadium.

Ellison's Traelen Williams (1) catches a touchdown pass in the end zone in front of Temple's Keon Williams on Friday at Leo Buckley Stadium.

Just for the record, the old defensive coach inside Temple fourth-year head coach Scott Stewart never is going to be happy after his team allows 38 points, 477 yards and 25 first downs.

Fortunately for the Wildcats against Ellison on Friday night, they possessed a high-octane offensive attack that simply couldn’t be stopped.

The Wildcats (6-1) extended their winning streak to six games and moved to 5-0 in District 12-6A, good for the outright lead after Waco Midway’s 17-14 home loss to resurgent Harker Heights snapped the Panthers’ streak of consecutive district victories at 38 dating to 2013.

Although Temple has scored 186 points in its last three wins against Belton, Killeen and Ellison (2-6, 2-4) and compiled 368 yards rushing and 544 total against the Eagles, Stewart wasn’t pleased after his defense’s struggles allowed dynamic runners Spiller, Damashja Harris (212 yards, 64-yard TD) and pesky Ellison to remain within striking distance.

“We didn’t change anything (in the second half) and Ellison didn’t change anything. They came out to grind the clock out, and we just all of a sudden can’t tackle,” said Stewart, whose team led 35-0 early in the second quarter and 43-8 at halftime before the Eagles came back. “I want to see consistency. I want to see people who look like they want to play football. I want to see guys who are willing to try to tackle good athletes instead of diving on the ground.

Temple led 43-8 early in the third quarter when Willis, its dual-threat senior quarterback who rushed for 14- and 19-yard scores in the first half, was removed as a precaution after getting “folded up” on a pass play, Stewart said. Junior Luke Allen and sophomore Howard shared Temple’s QB duties the rest of the game.

The fleet-footed Spiller, 12-6A’s co-offensive player of the year last season, sparked Ellison with three touchdown runs and three 2-point conversion runs in the second half after his 12-yard TD pass to Traelen Williams and 2-point pass to Stacy Brown accounted for the Eagles’ only first-half points.

“We fought hard toward the end of the game,” said Spiller, whose team was hurt by two lost fumbles, 12 penalties and several dropped passes. “(But) we can’t beat ourselves.”

In district play, Ellison lost in overtime to Midway and Heights and by one point to Shoemaker.

After Temple junior nose tackle Jayven Taylor stripped the ball from Spiller on Ellison’s first play, Howard rushed for a 2-yard touchdown with a minute gone. Two minutes later, senior tight end Magana got open in the middle to catch Willis’ pass and dive across for a 29-yard score, his first varsity TD.

Ellison competed in a 4,850-meter race, and the Eagles won by a mile.