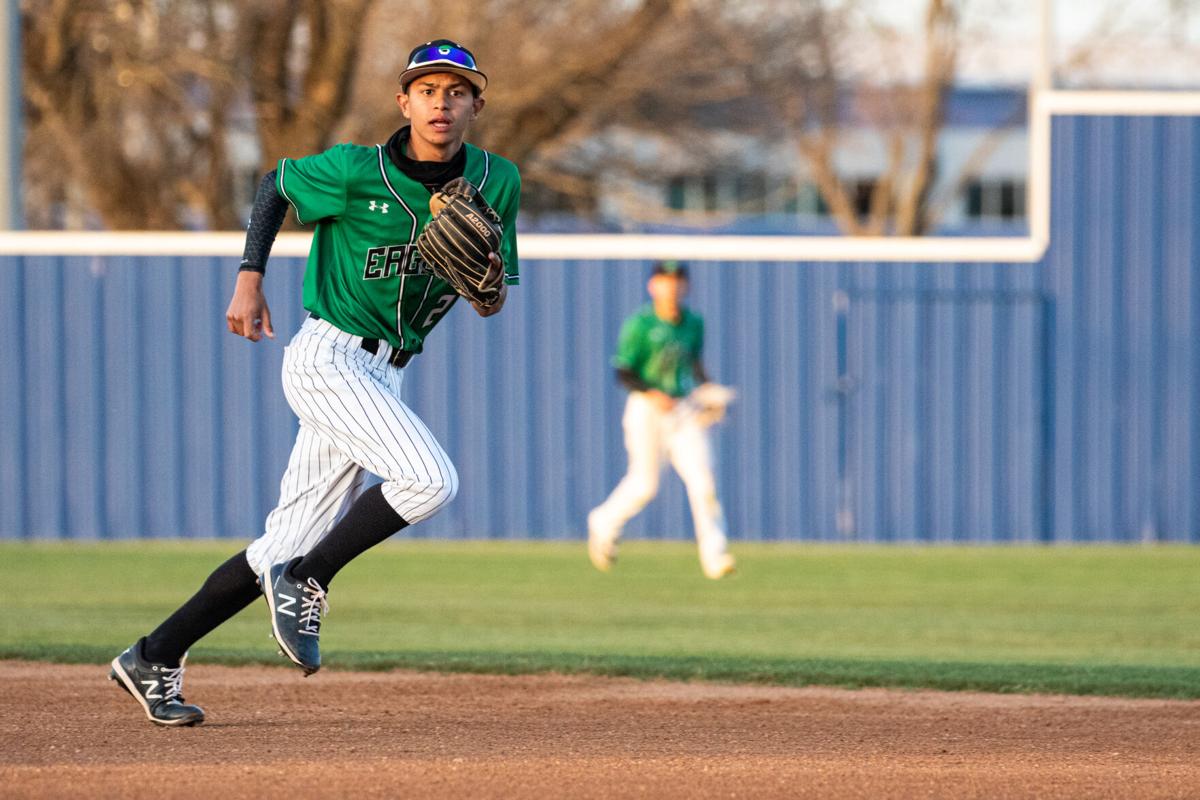 Ellison second baseman Joniel Concepcion (2) reacts to a ball hit by Temple on Tuesday in Temple. 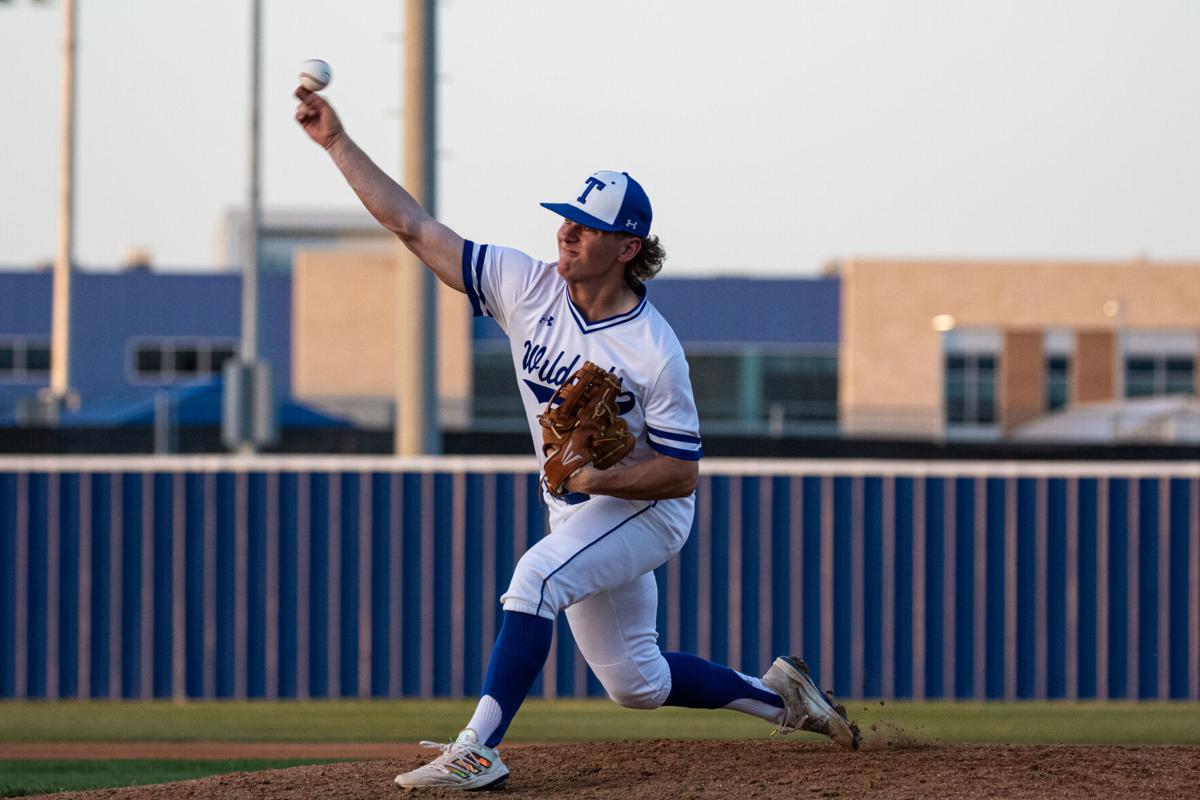 Temple starter Aaron Wagaman throws a pitch against Ellison on Tuesday in Temple. 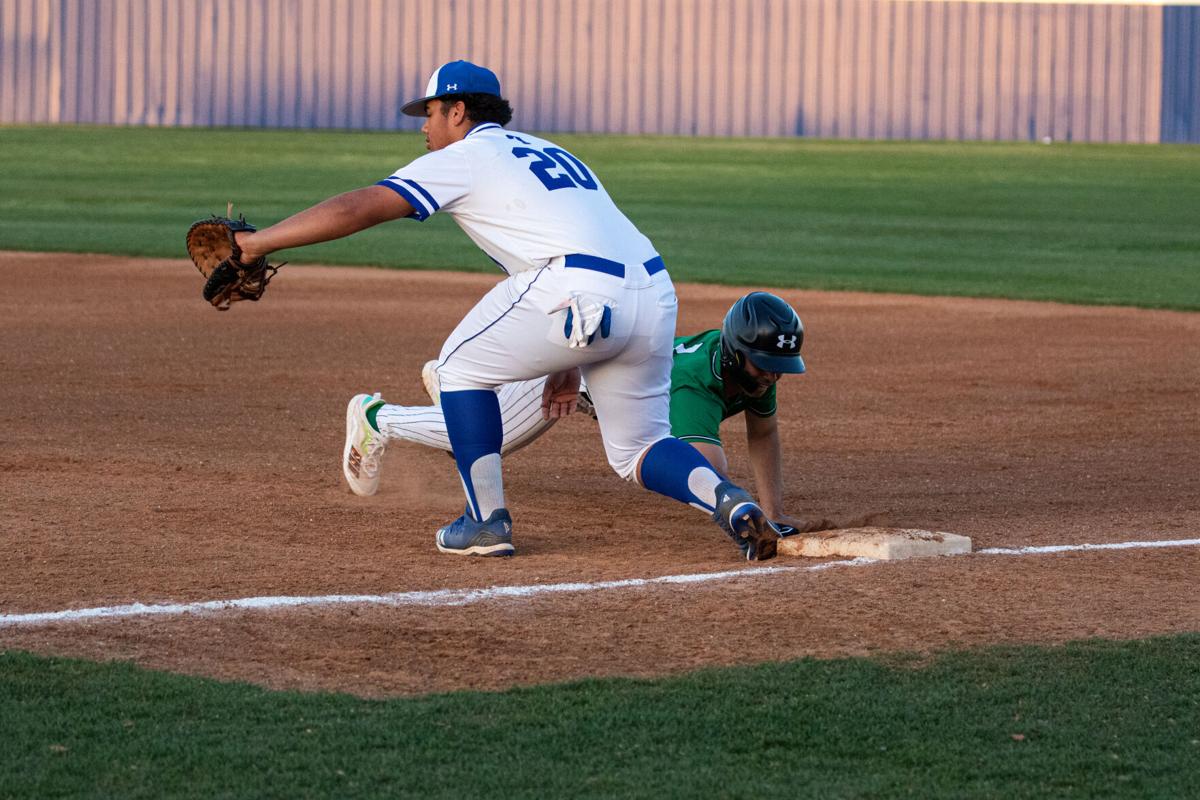 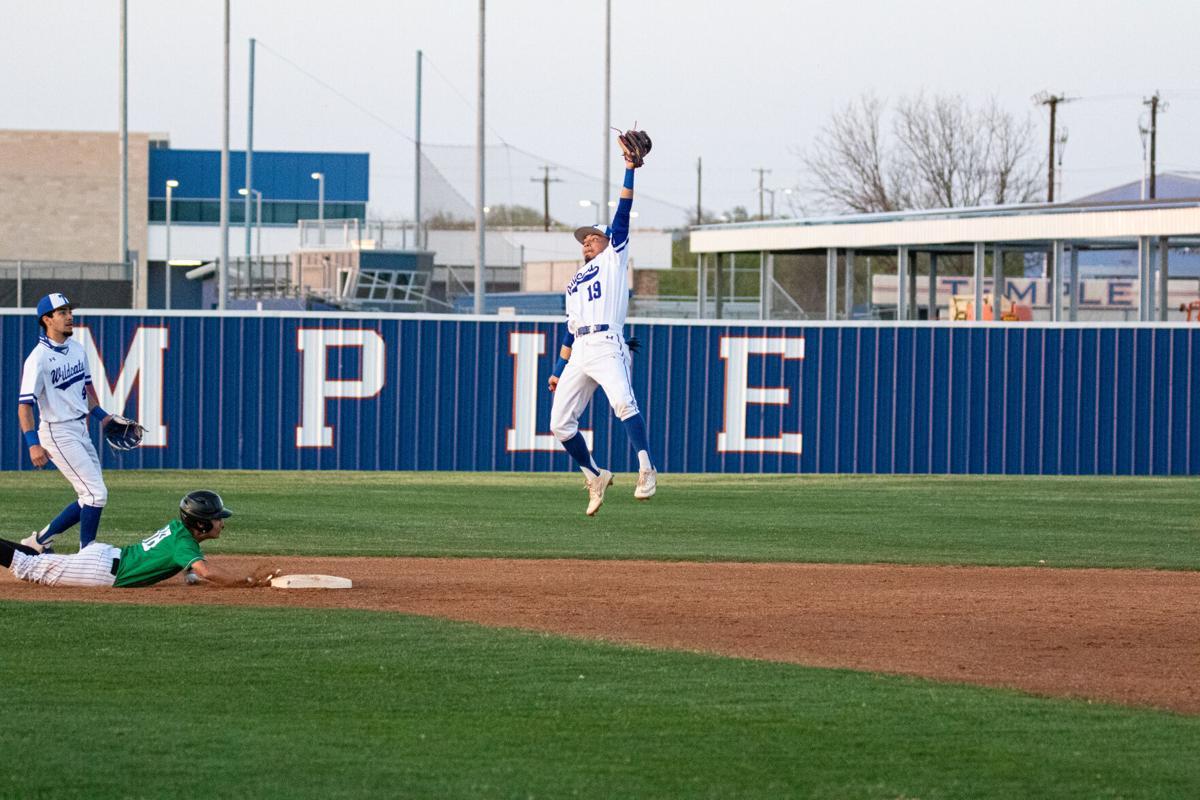 Temple's Isaac Ramos (19) reaches to catch a line as Ellison's Joffer Rodriguez (18) slides back to second base Tuesday in Temple. 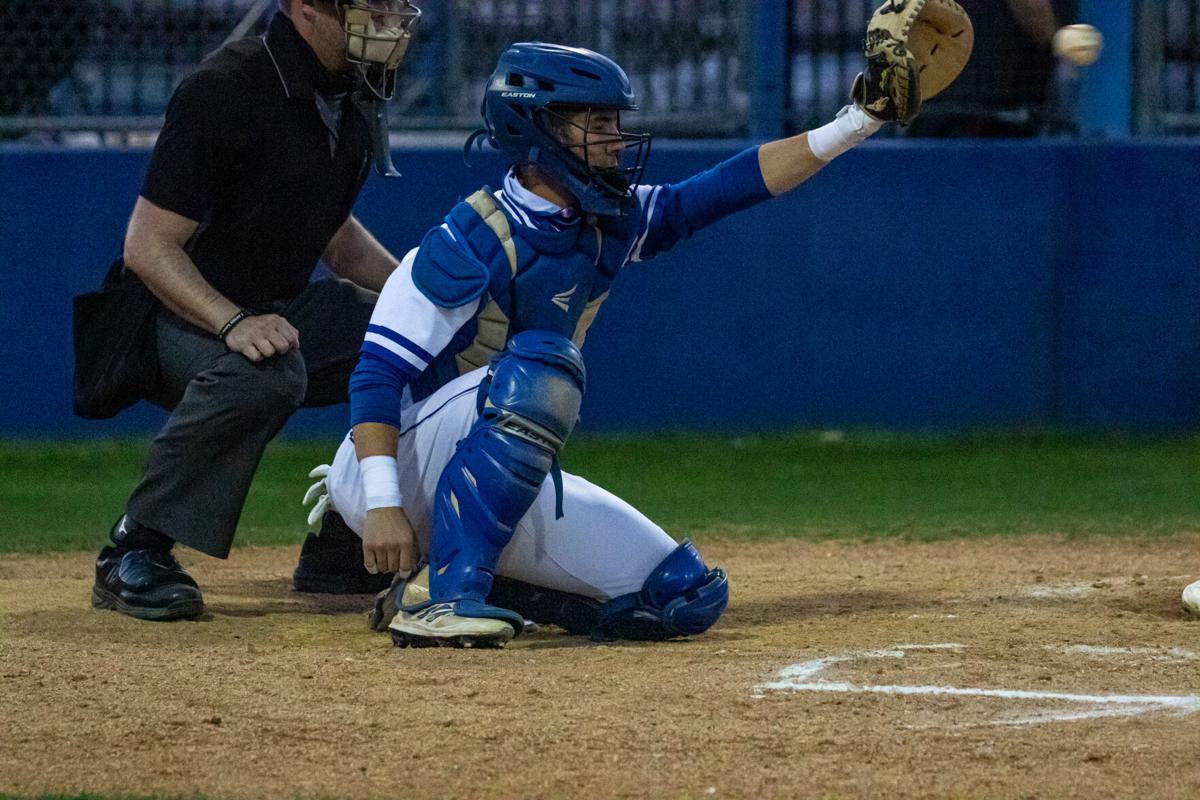 Temple Catcher Bryan Williams (11) reaches for a pitch on Tuesday in Temple.

Ellison second baseman Joniel Concepcion (2) reacts to a ball hit by Temple on Tuesday in Temple.

Temple starter Aaron Wagaman throws a pitch against Ellison on Tuesday in Temple.

Temple's Isaac Ramos (19) reaches to catch a line as Ellison's Joffer Rodriguez (18) slides back to second base Tuesday in Temple.

Temple Catcher Bryan Williams (11) reaches for a pitch on Tuesday in Temple.

TEMPLE — When Johnny Donoso stepped into the batter’s box with one out in the bottom of the fourth inning Tuesday night, he and Temple needed a boost. After all, the Wildcats’ scoreless streak had reached 11 innings, stretching back to the sixth inning of its District 12-6A opener last week.

Donoso delivered a sharp single down the left-field line, advanced to third on a two-base error when the throw into the infield sailed wayward, and the lid was lifted.

Temple sent nine batters to the plate and scored four runs in the fourth, snapping out of its offensive slump long enough to secure a 4-1 victory over Ellison at Hallford Field.

Temple starting pitcher Aaron Wagaman surrendered six hits and struck out three in a complete game that was helped along the way by a pair of inning-ending double plays — one he started by himself in the fourth and another in the sixth that happened to being in right field with Donoso.

Ellison left-hander Carlos Roman Perez had allowed one base runner — who he picked off of first — and faced the minimum through the first three innings before the evening unraveled for the Eagles in the fourth when the Wildcats creatively manufactured a rally that also was aided by four Ellison errors.

After Donoso’s base hit, Bryan Williams dropped down a bunt that was fielded by Roman Perez, who tossed home but not in time to get Donoso, who scored standing up. Williams instinctively advanced to second on the play to get into scoring position.

He moved to third when Wagaman reached on a dropped pop fly, then Williams scurried home on Isaiah Fach’s sacrifice bunt to make it 2-1. Matt McDonald singled home Wagaman for a 3-1 lead and Issac Ramos, who had earlier walked, scored on the Eagles’ fourth error of the frame. Temple didn’t relinquish the lead.

The Eagles went ahead 1-0 in the top of the second using a bit of small ball of their own. Roman Perez singled to lead off the frame, Frankie Santiago was hit by a pitch and they moved up to third and second on Joniel Concepcion’s sacrifice bunt before Joffer Rodriguez’s squeeze bunt turned into an RBI single.

Temple returns to Hallford Field on Friday to face rival Belton, which moved to 3-0 in district after a victory Tuesday night over Harker Heights.

BELTON — In a key softball clash to establish position in the top half of the District 12-6A standings, the Belton Lady Tigers quelled most of…