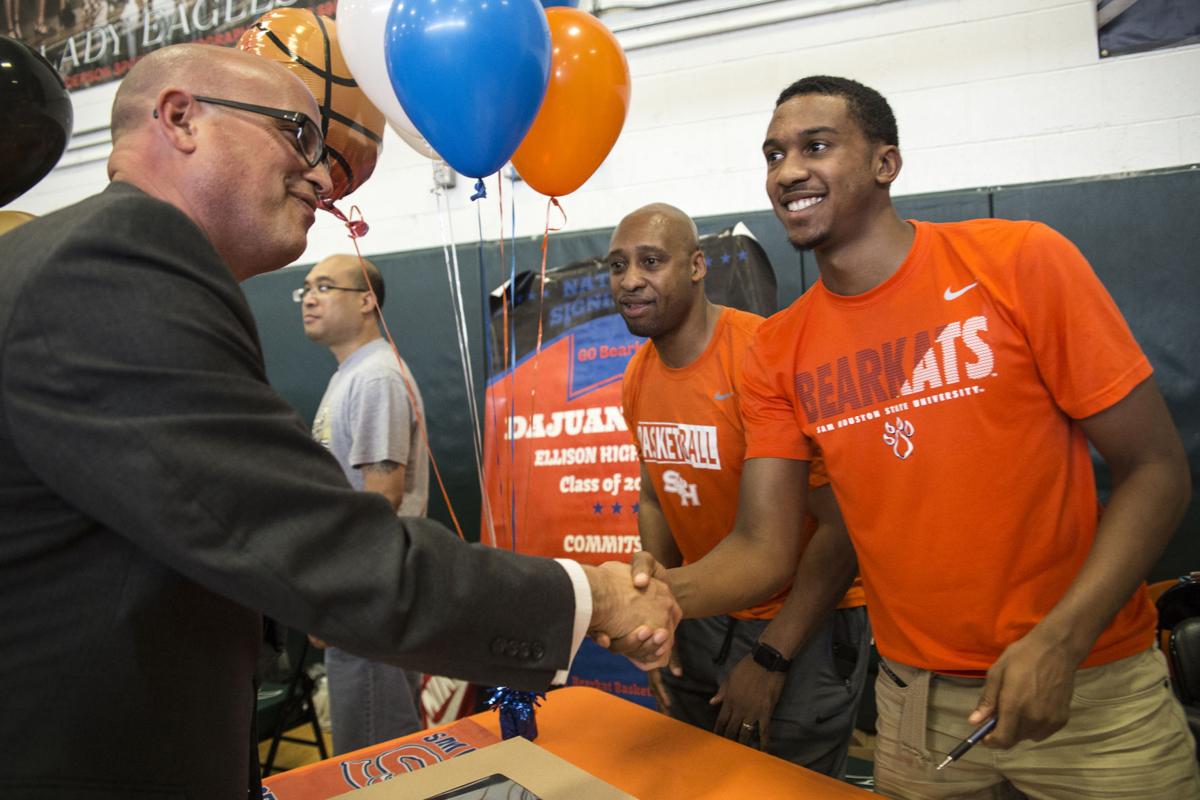 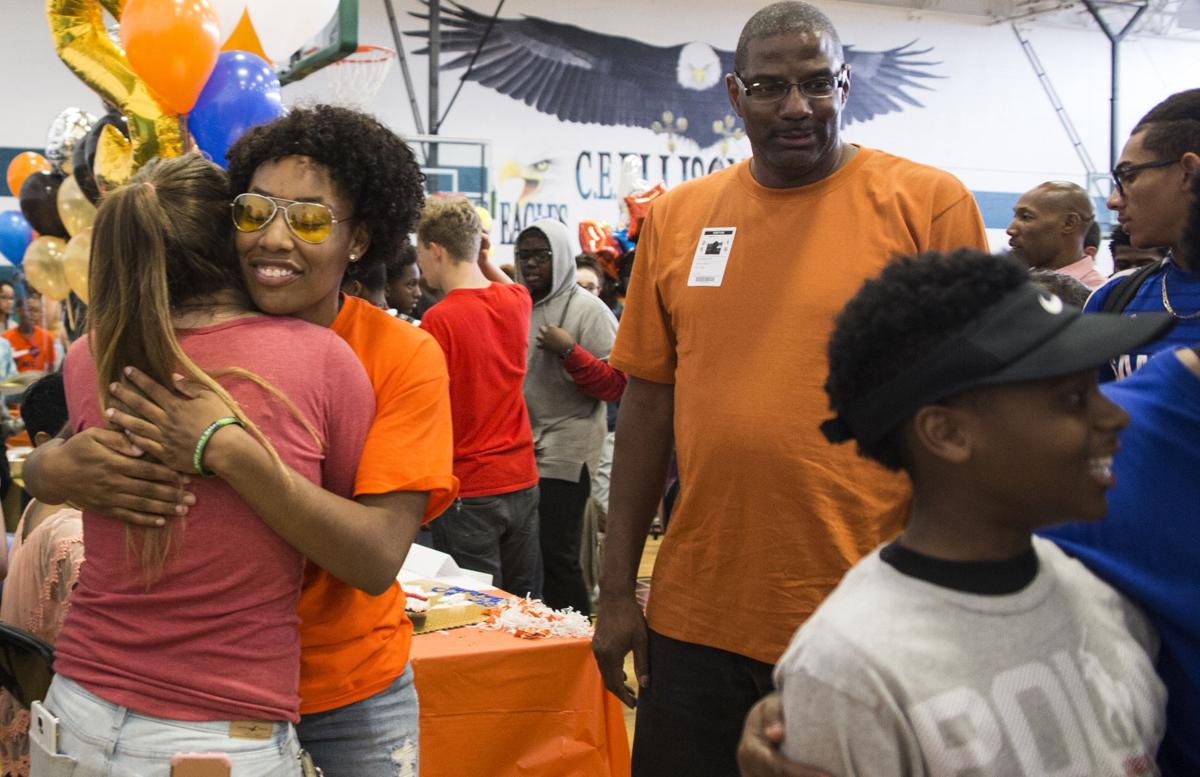 LaPraisjah Johsnon, left, receives a hug from a friend after signing a letter of intent to play college sports Tuesday at Ellison High School. 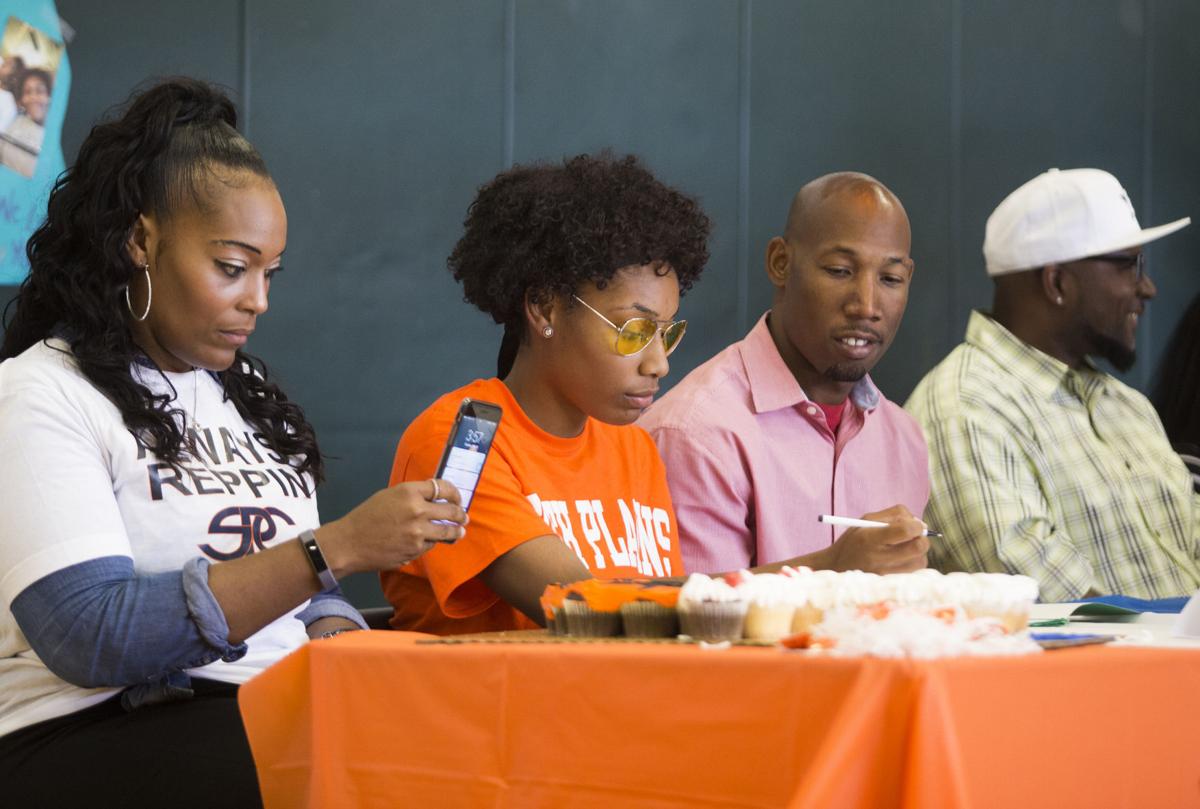 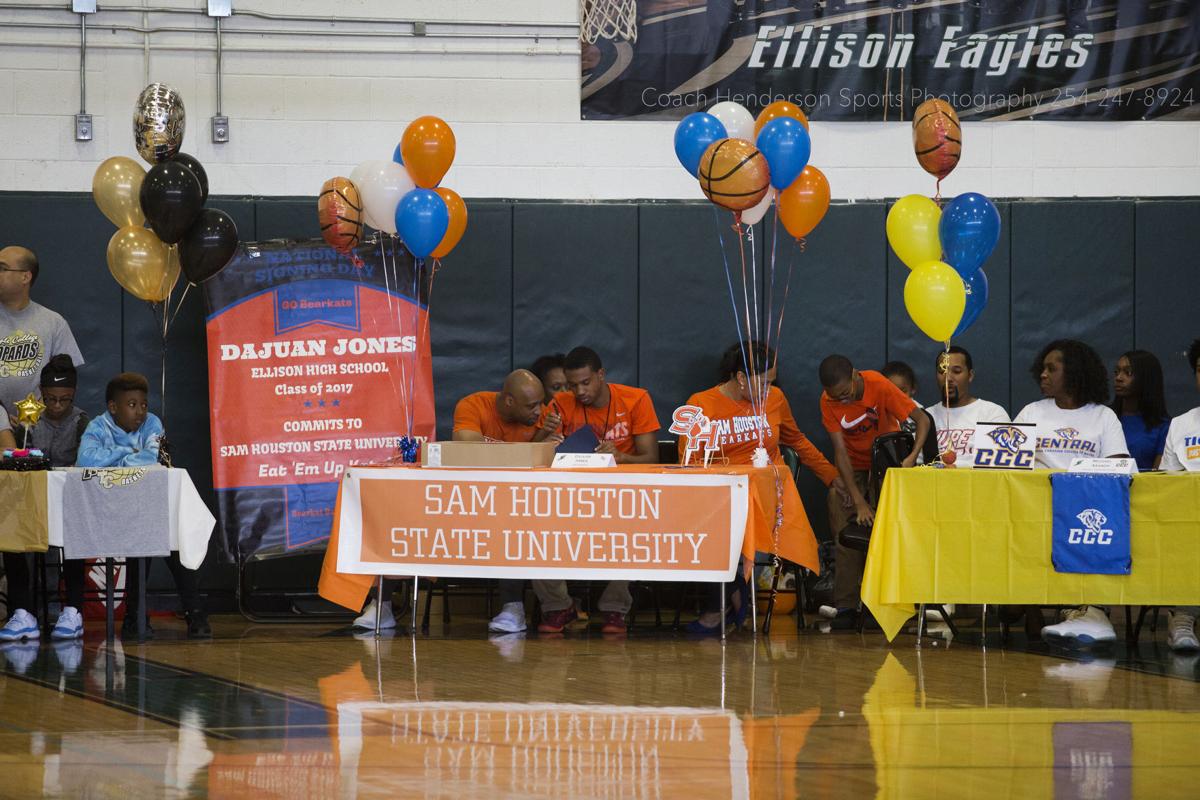 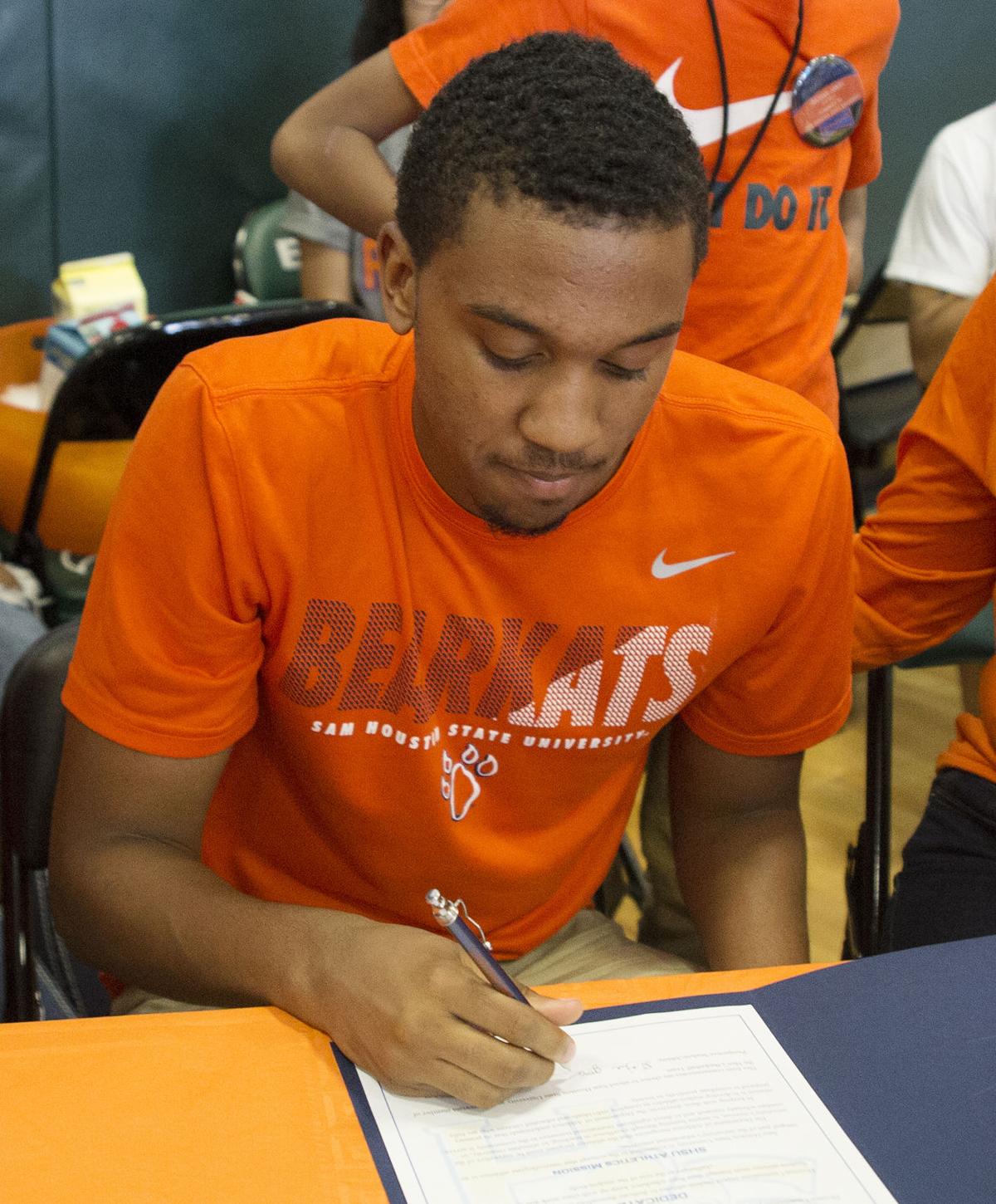 LaPraisjah Johsnon, left, receives a hug from a friend after signing a letter of intent to play college sports Tuesday at Ellison High School.

The Ellison senior entered the last season of his high school basektball caree without a single collegiate offer, and it was the case for a majority of the campaign.

But after the Eagles defeated DeSoto 53-41 in the bi-district round of the Class 6A playoffs, the offer came — and it was from a Division I school.

On May 16, Jones, along with 15 other Ellison student-athletes, signed a letter of commitment to compete on the hardwood for Sam Houston State.

“Throughout the year, it was really tough,” Jones said. “During the practices, I wasn’t all the way in it because I felt like I deserved an offer already. But my parents really kept me up, and they told me to keep my head up and keep going my hardest.”

When the offer came, Jones felt it made a positive impact on his play in the postseason. The Eagles reached the regional semifinals for the first time since 2003-04.

“I think that helped my game in order to help propel us farther into the playoffs,” Jones said. “It feels great, considering how hard I’ve worked my whole life. It’s a huge relief, but now I’ve got to get out there and work my hardest to make an impact like I did at Ellison.”

Jones was joined during the signing ceremony by teammates Mike Aranda, Travian Wright and Ronald Williams. Aranda endorsed his commitment to Central Christian College in Kansas, while Wright and Williams both inked with Mountain View College.

“I was very happy for all four of them,” Eagles head coach Alberto Jones Jr. said. “They are a tremendous group of kids — great basketball players, but even better kids. I’m proud of all four of them, and I’m looking forward to seeing what they do in college.”

“Both of them are just quality, phenomenal, awesome young ladies and leaders,” Lady Eagles head coach Sherry McKinnon said. “I’ve been blessed to have coached them. I told them personally that I feel like I’m better just from knowing them — the things they brought into the program and into my life as a person.

“We’re really proud of all the kids that we had a chance to honor that day,” Gregory said. “Our biggest thing is, that we are most pleased with as far as the academics are concerned — several of which are members of our Plus One group we came up with about five years ago — is these are student-athletes that obtain academic all-state or academic all-district honors.

“We had a great turnout with our student body, administration and parents coming together in celebration of those kids.”

AUSTIN — Things do not always go according to plan.

Veteran of Operation Iraqi Freedom. Previously spent time as sports editor at both the Hereford Brand and the Gatesville Messenger. Graduate of West Texas A&M University.