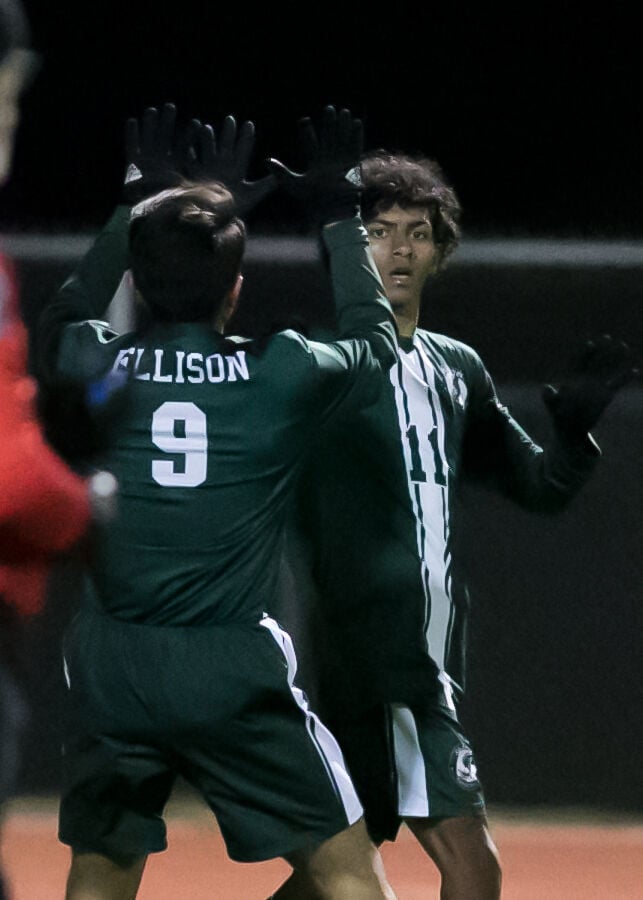 Ellison's Edwin Vega (11) celebrates with Guillermo Avalos after scoring a goal against Killeen on Friday night at Ellison High School. 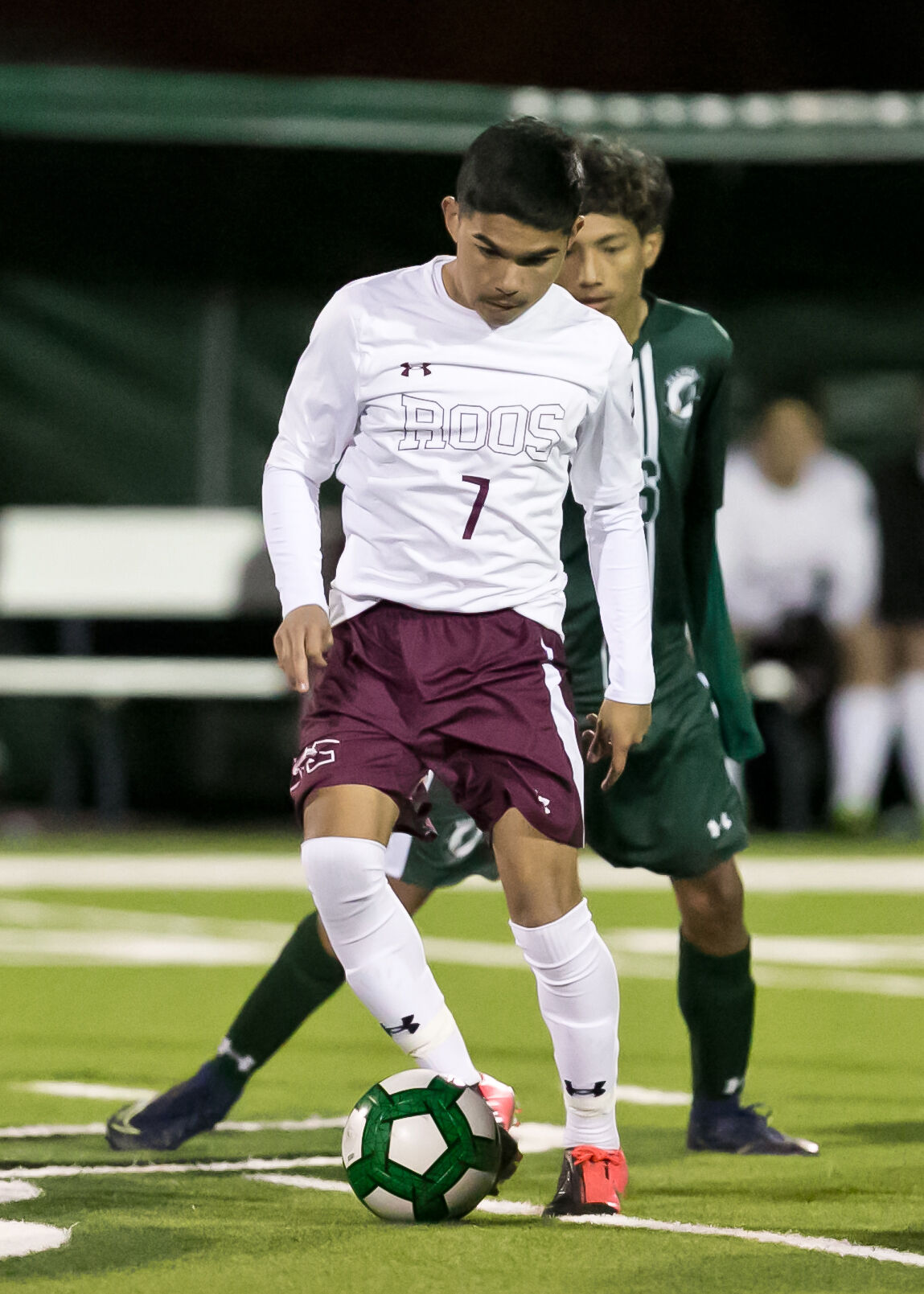 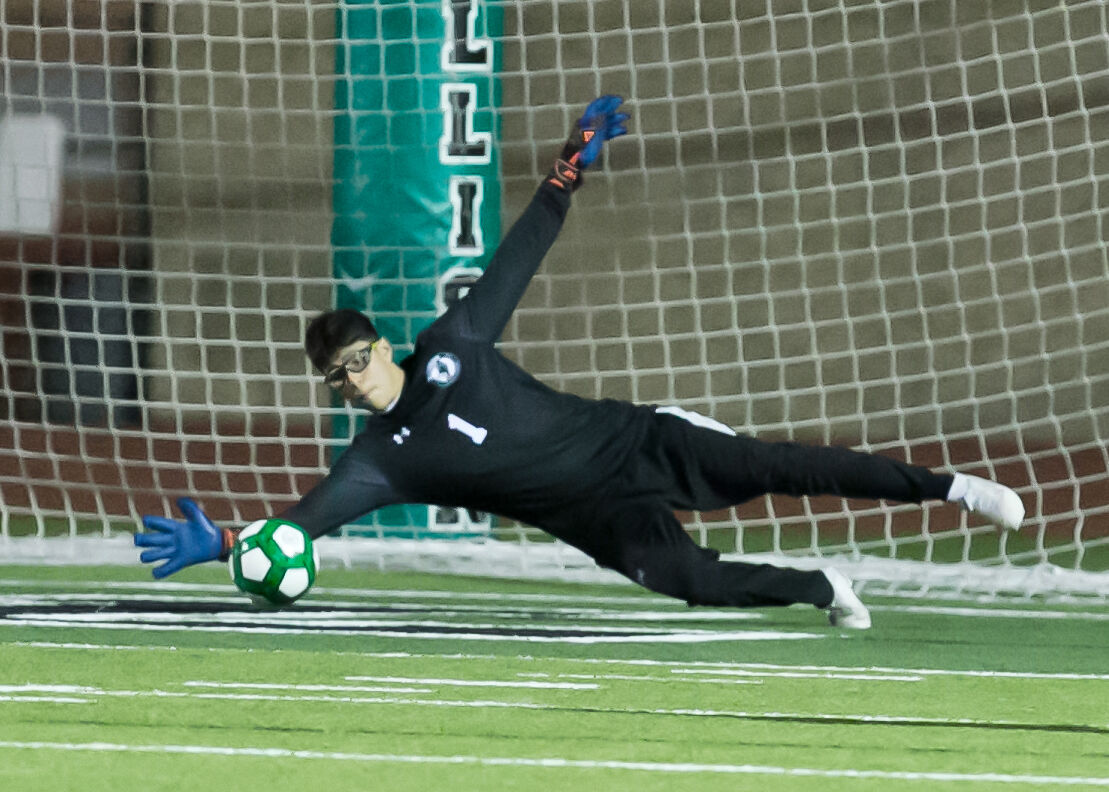 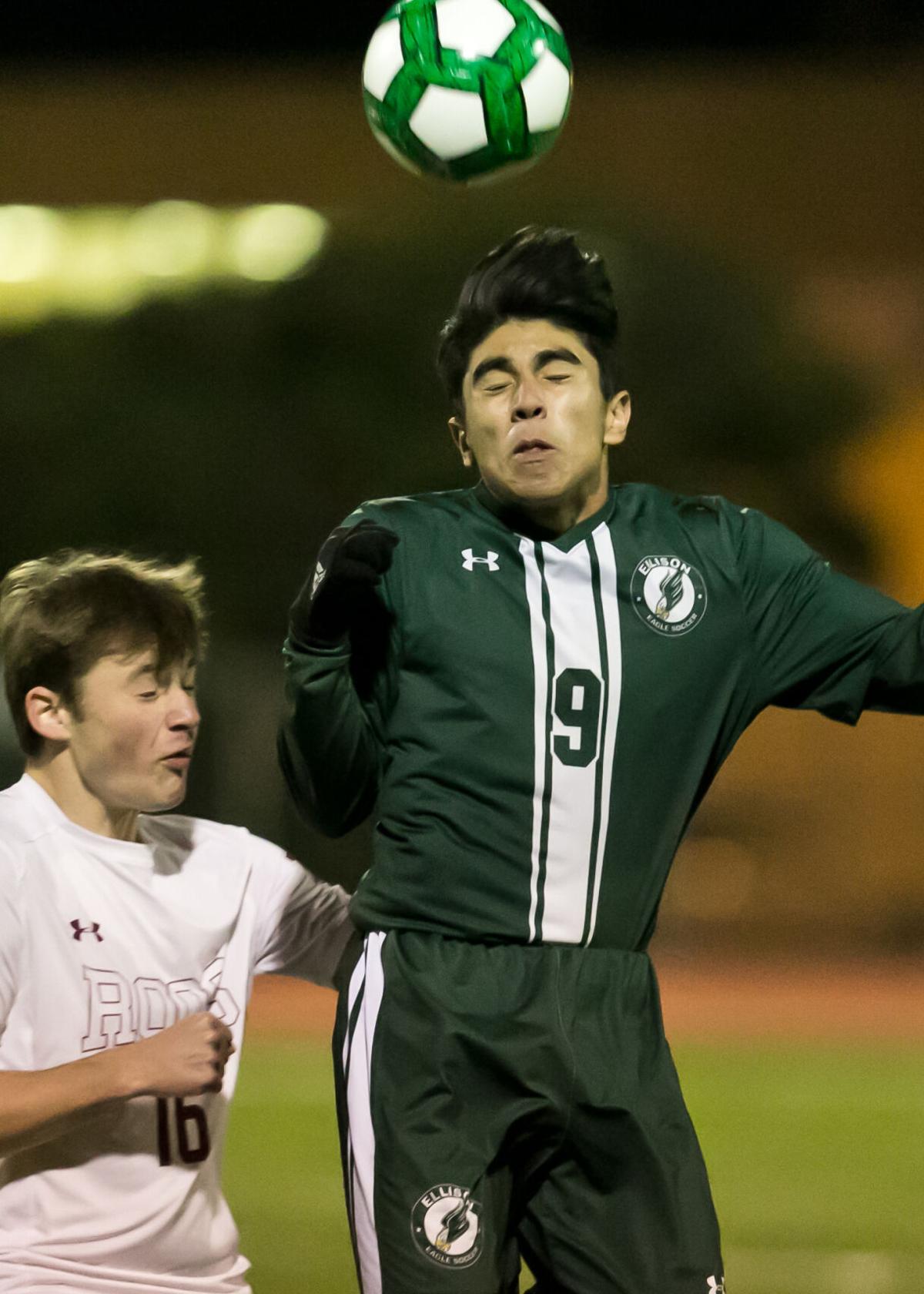 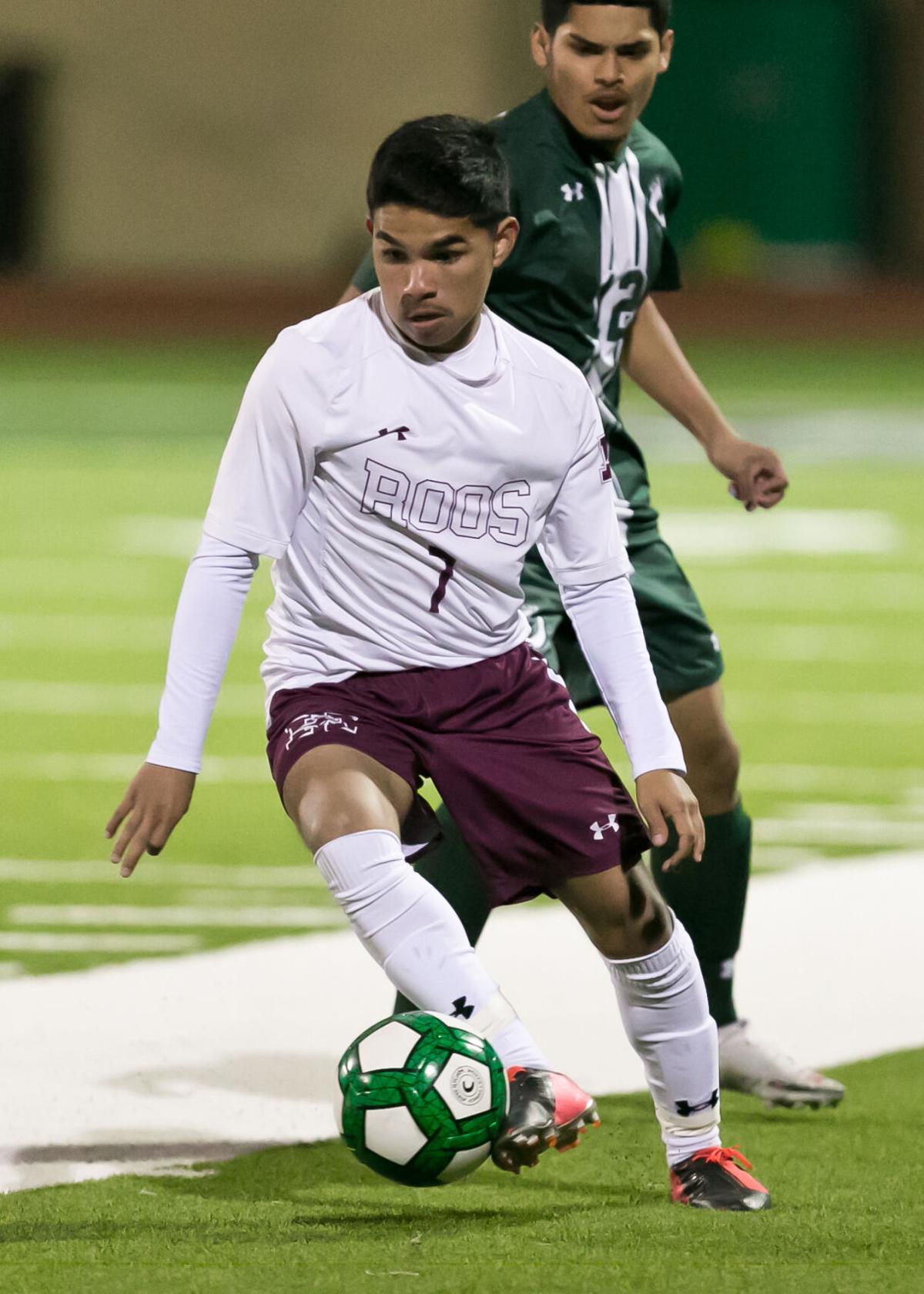 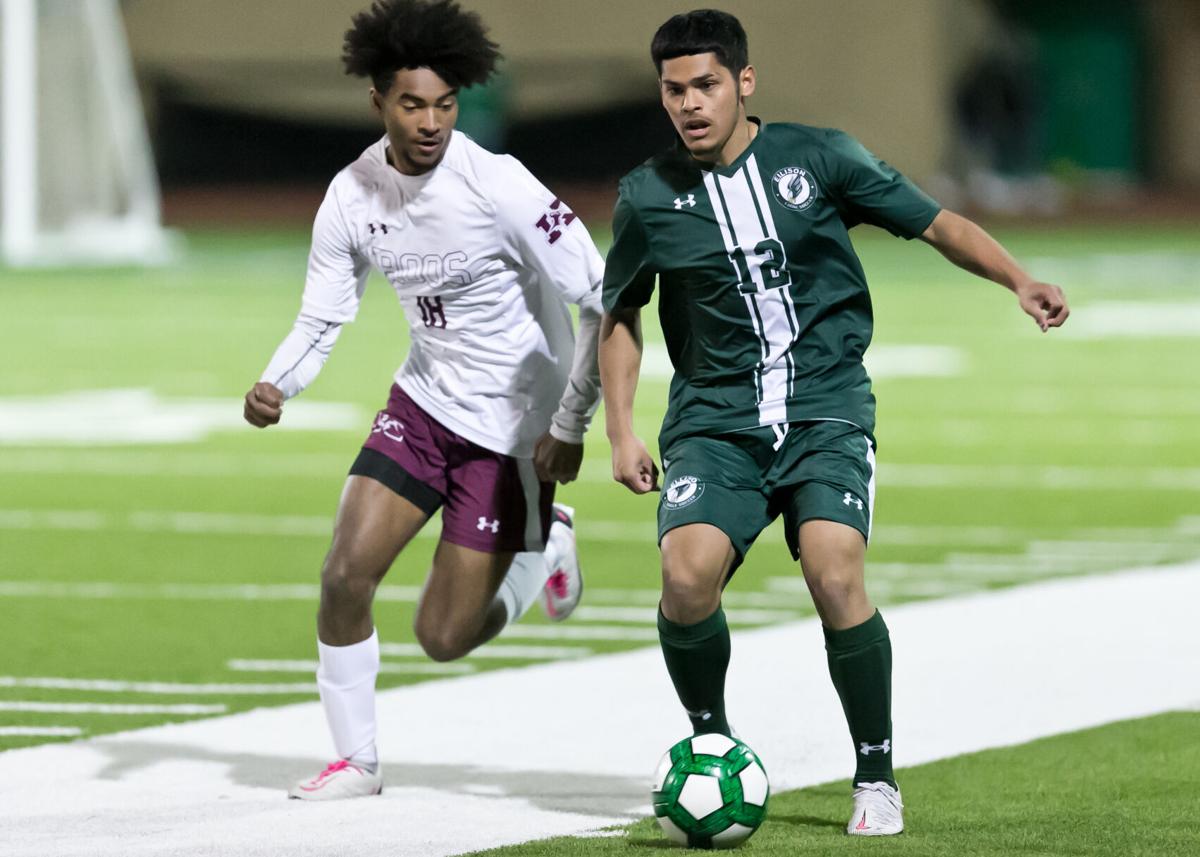 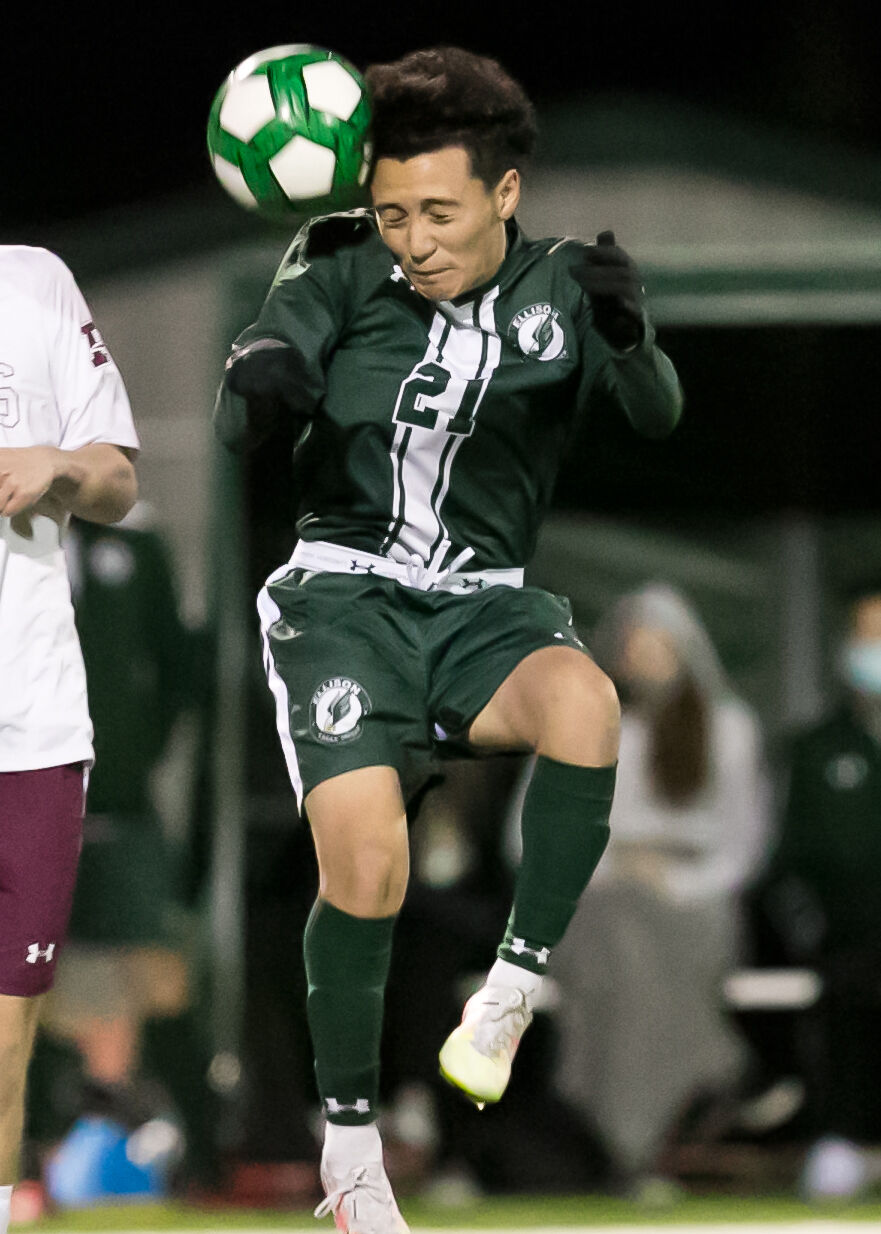 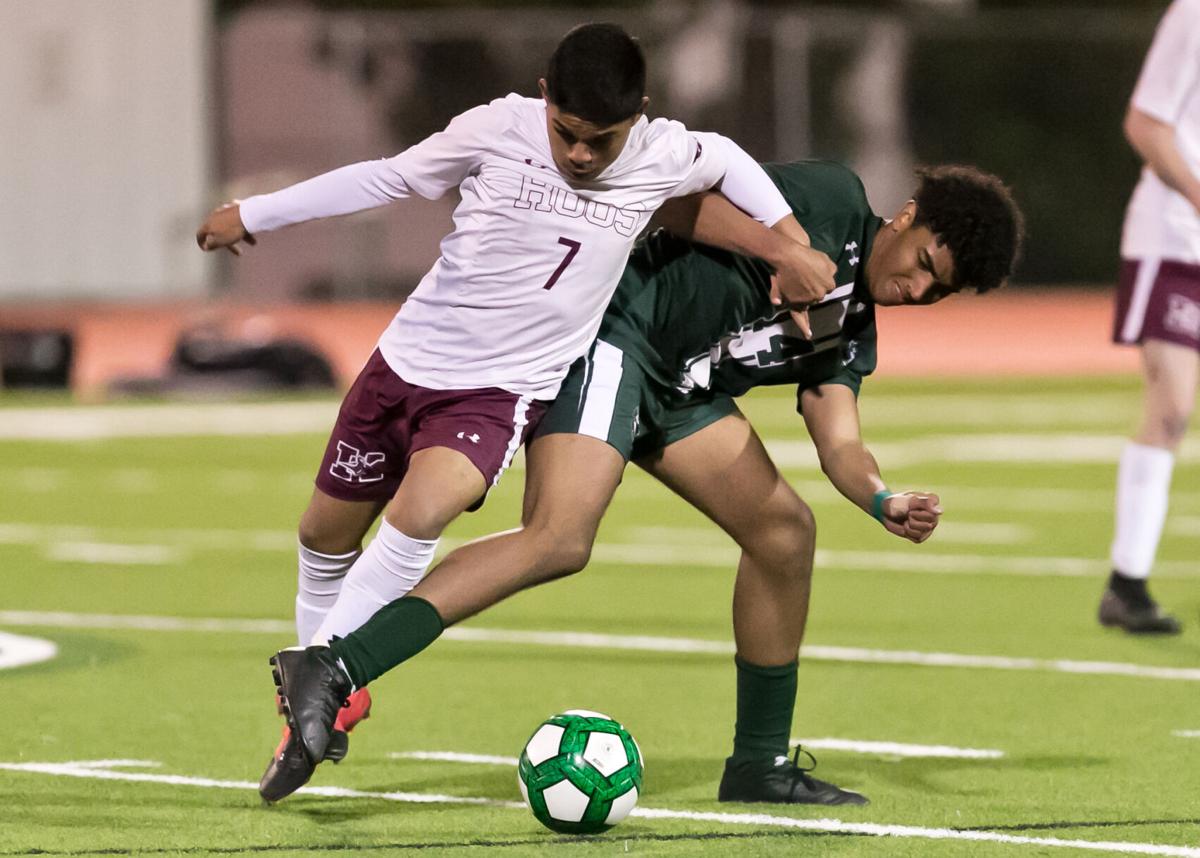 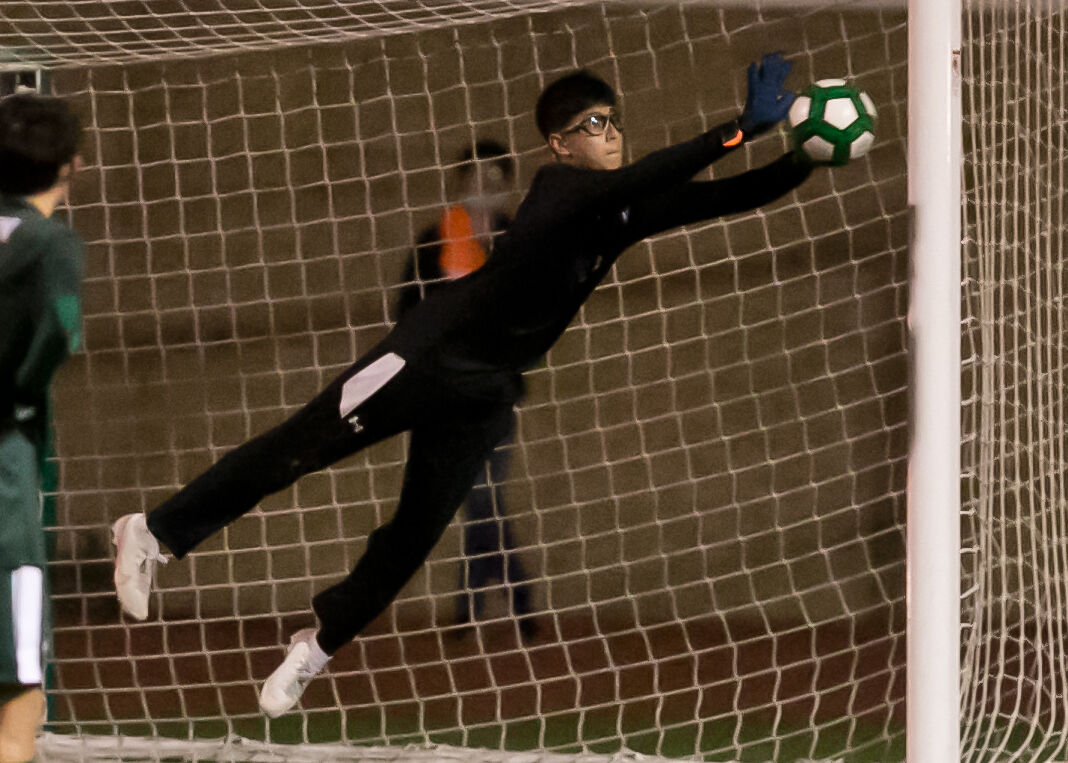 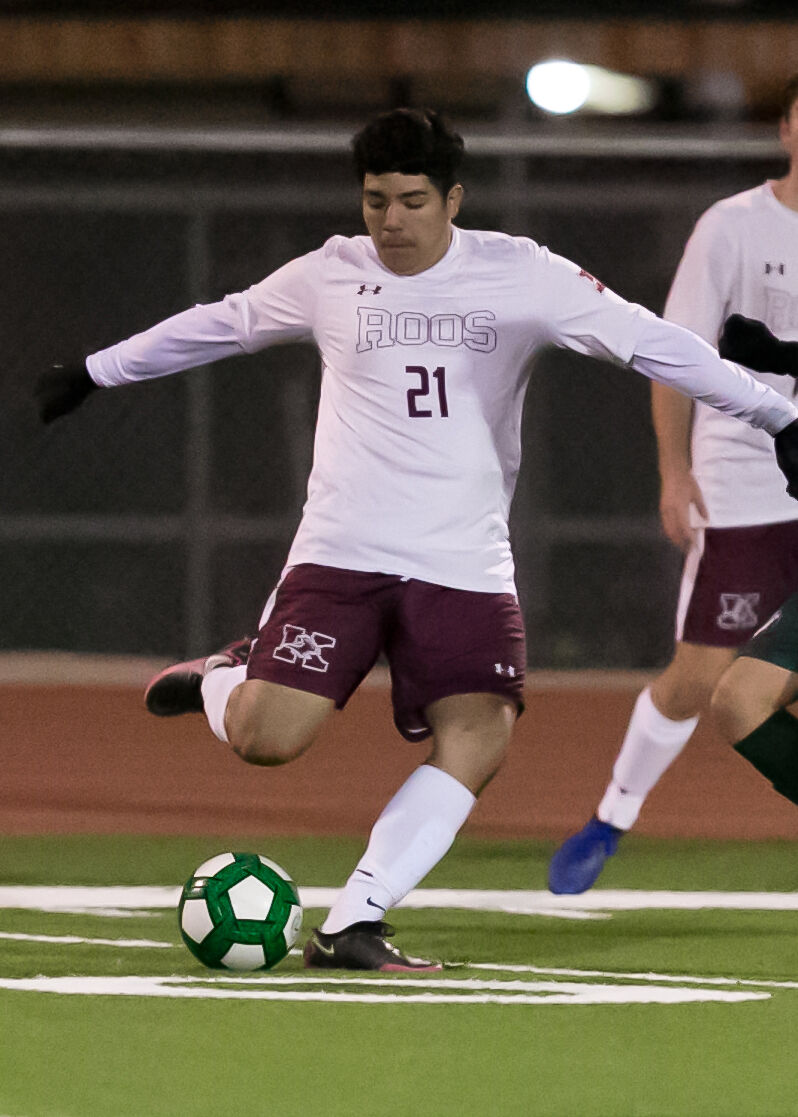 Killeen High's Isaac Gallardo (21) kicks the ball down the field against Ellison on Friday night at Ellison High School. 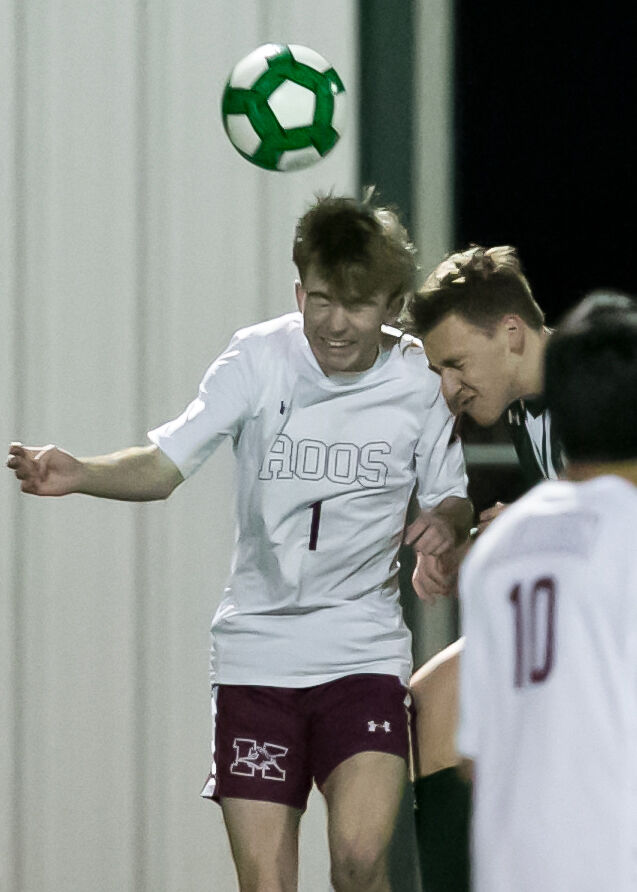 Ellison's Edwin Vega (11) celebrates with Guillermo Avalos after scoring a goal against Killeen on Friday night at Ellison High School.

Killeen High's Isaac Gallardo (21) kicks the ball down the field against Ellison on Friday night at Ellison High School.

Scoring is important, but scoring when it matters is crucial.

Entering the evening second in the District 12-6A standings, Ellison appeared set to cruise to another victory after recording three unanswered goals to open its match against visiting Killeen.

The lead was deceiving, though.

The Kangaroos responded by pulling within a goal, 4-3, in the second half, but the Eagles found a way to thwart Killeen’s run, as junior Michael Kelly’s header increased the cushion, allowing Ellison to surge to a 6-3 win.

Following the match, Kelly admitted the Eagles have a knack for timing.

“After they score,” he said, “we make sure to have high intensity coming back out.

“Once they restart play, we’re making sure to find a way to score.”

And Ellison was forced to respond more than once against Killeen.

The Eagles needed less than 10 minutes to find the back of the net for the first time as Edwin Vega delivered the contest’s opening goal before Kelly added a second approximately five minutes later.

Ellison’s advantage grew to three goals in the 27th minute following Juan Vidal’s header that was redirected from a ricocheted shot of the crossbar.

Killeen (1-5 12-6A) finally got on the scoreboard about five minutes later, when Uriel Gomez Vargas posted the first of his two goals on a penalty kick.

But the Eagles had an answer thanks to Devin Leatherwood, a junior, successfully connecting on a penalty kick of his own, and Ellison went into halftime leading 4-1.

The Kangaroos’ momentum, however, was not diminished by the goal or the intermission, and they tallied a pair of goals within a five-minute span. Mauricio Villegas accounted for the first goal, firing a shot into the net off a deflected save, before Gomez Vargas added another goal in the 53rd minute.

“We were up 4-1,” Ellison head coach Niles Dunnells said, “and then we let down a little bit. We got relaxed, and Killeen scored a couple goals to get back in it.

“Killeen is a good, scary team that attacks well, and they showed us some stuff we were afraid of.”

The Eagles were quick to shut down the outburst, though.

Kelly recorded his second goal on a header off a corner kick to expand Ellison’s lead back to a pair of goal,

5-3, and he added an assist to his stat line right before the match ended, finding Edwin Vega on a breakaway for a one-on-one goal.

“In parts,” Kelly said, “there were areas on the field where we were slacking a little bit.

“Overall, though, I feel like we played a pretty good game.”

Ellison (4-1-1) wraps up the first half of district play Tuesday, traveling to Bryan for a showdown between the top two teams in the standings.

While winning will be difficult, Dunnells knows his team is up for the challenge.

“These guys have been remarkable,” he said, “and they have responded to everything we have thrown at them. Their work ethic is incredible on the field and during workouts.

“They’re just trying to make a mark for themselves.”