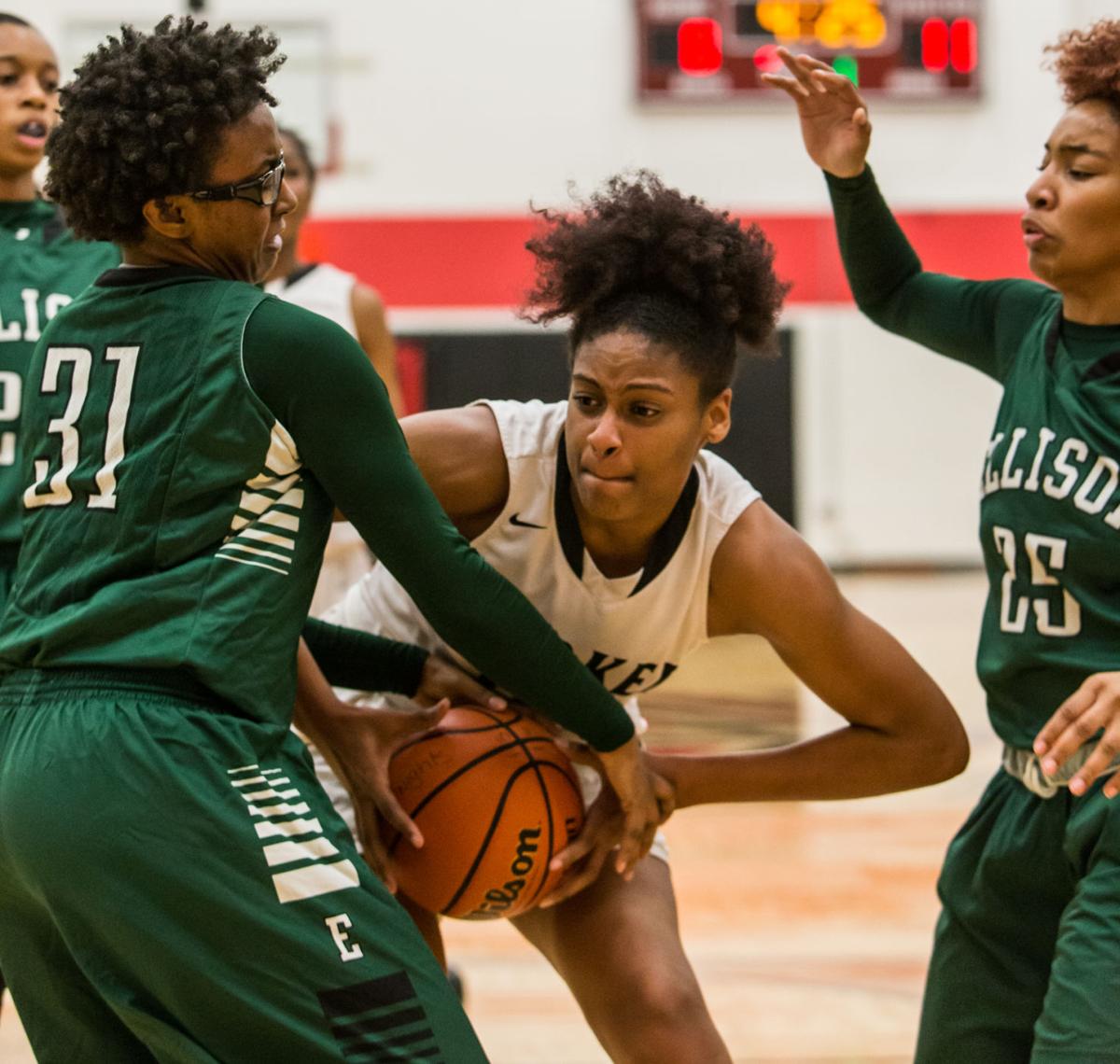 Ellison's Naomi Burnette (31) and Harker Heights' Da’Jah Daniel battle for the ball under the net at Harker Heights on Tuesday, Jan. 19, 2016. 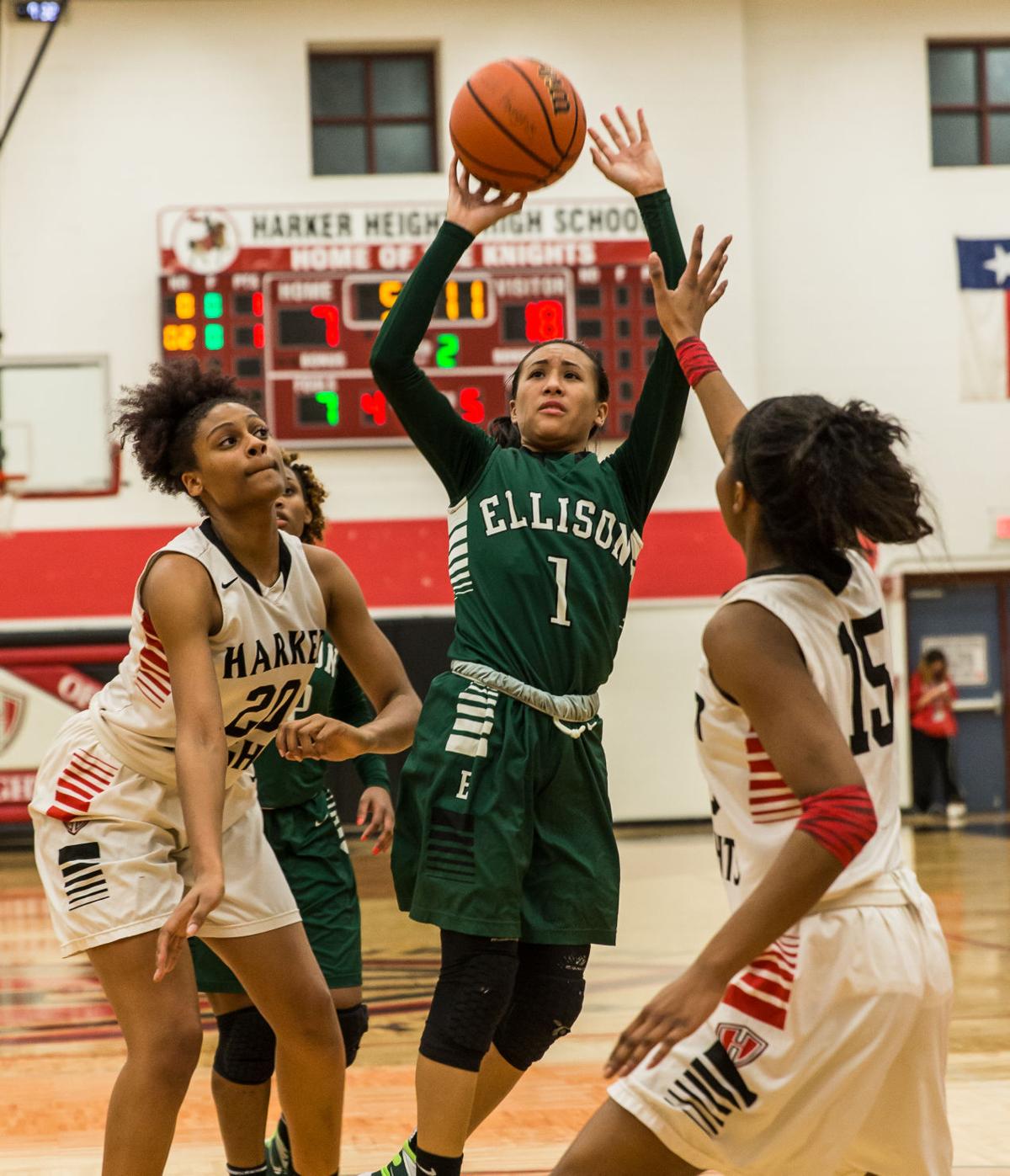 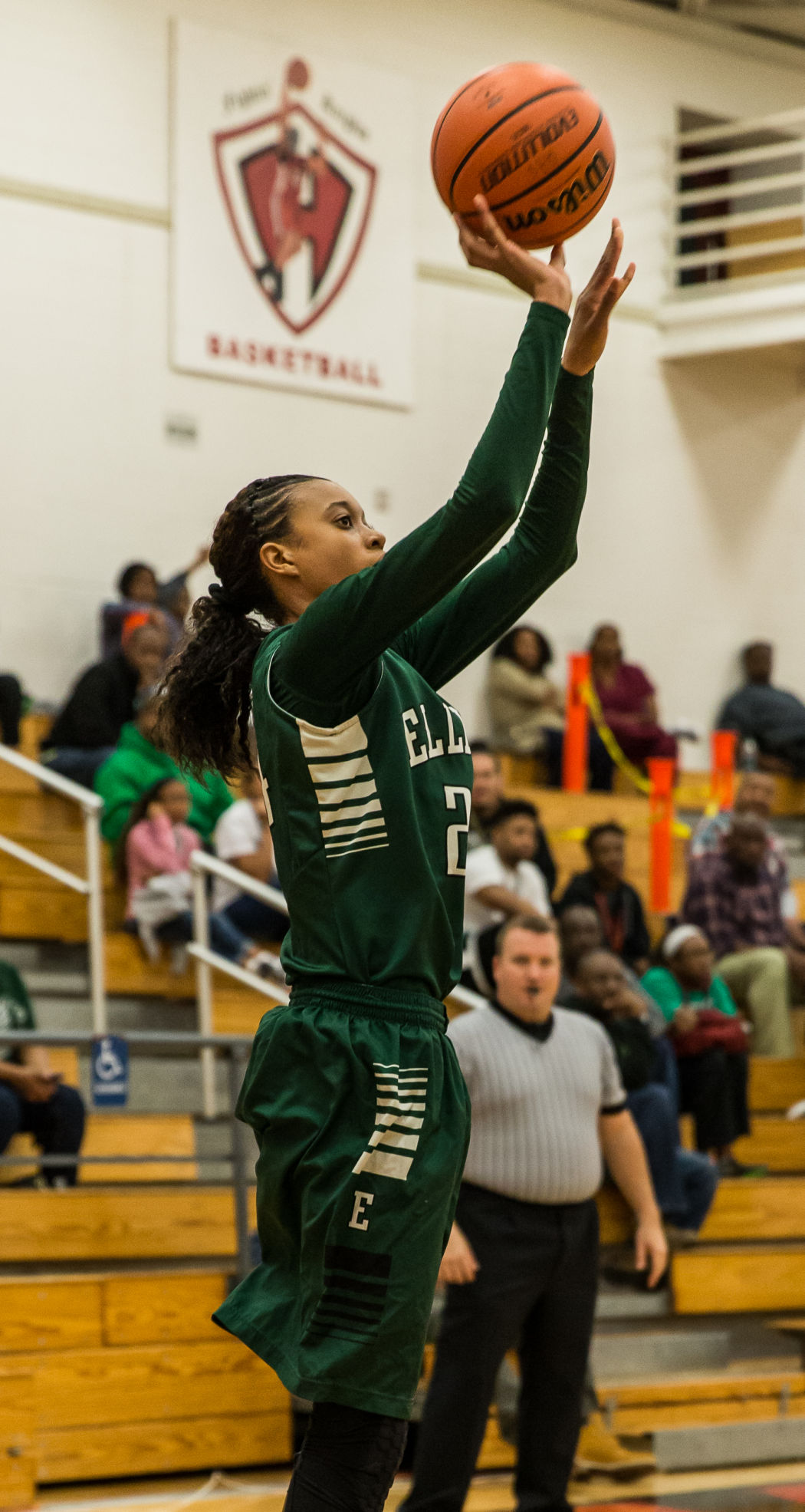 Ellison's Madison Hattix-Covington (24) shoots from the baseline at Harker Heights on Tuesday, Jan. 19, 2016. 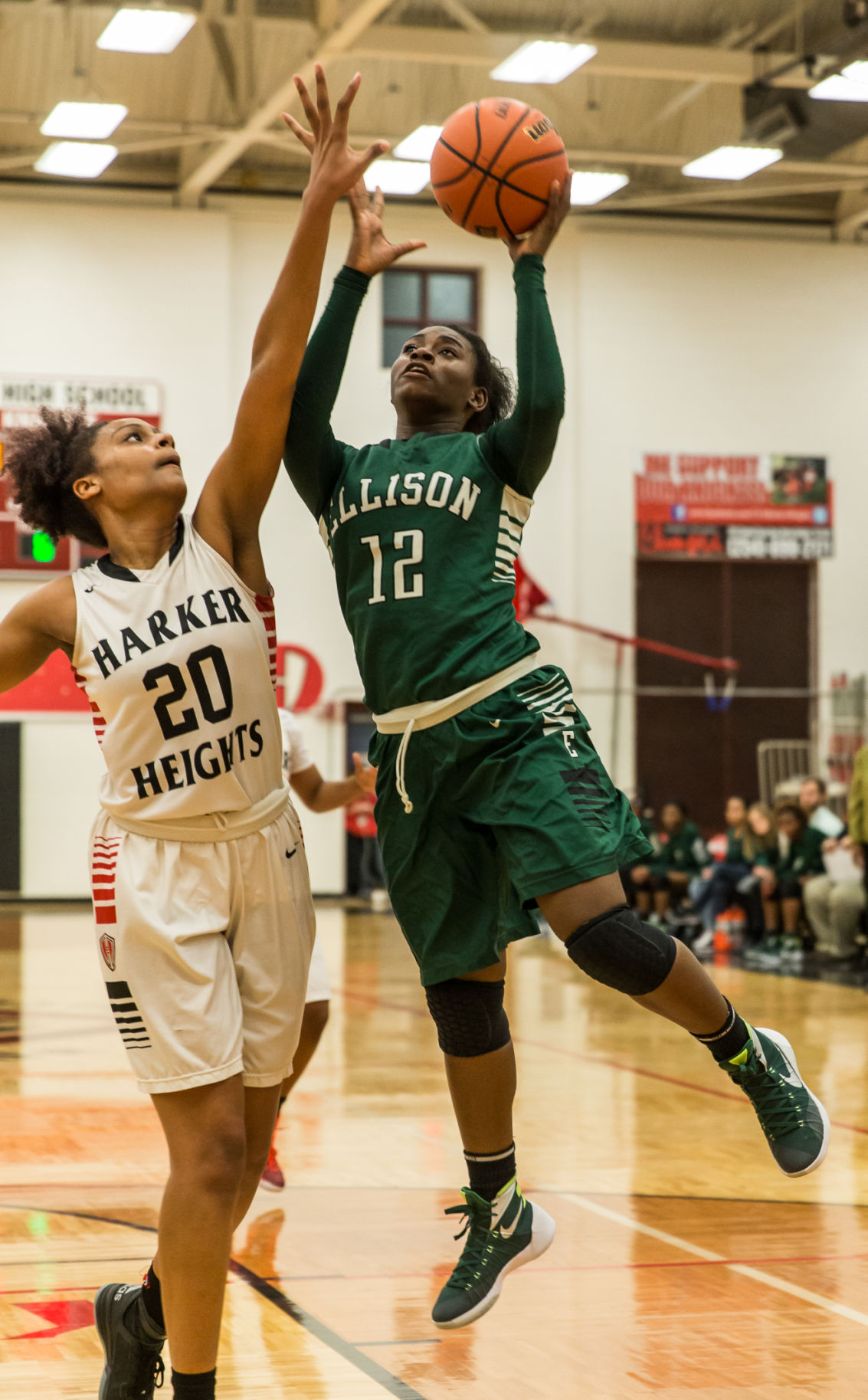 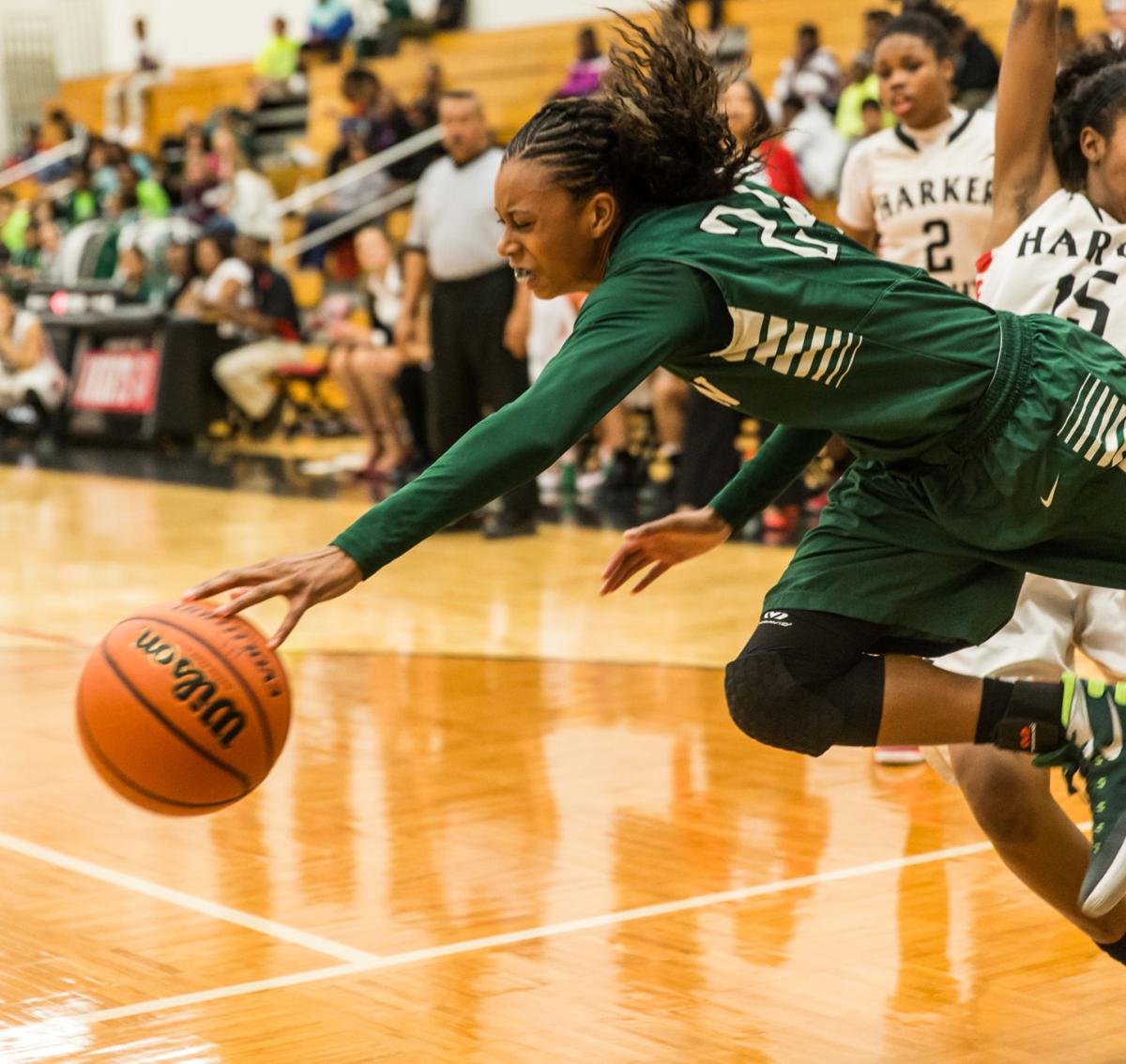 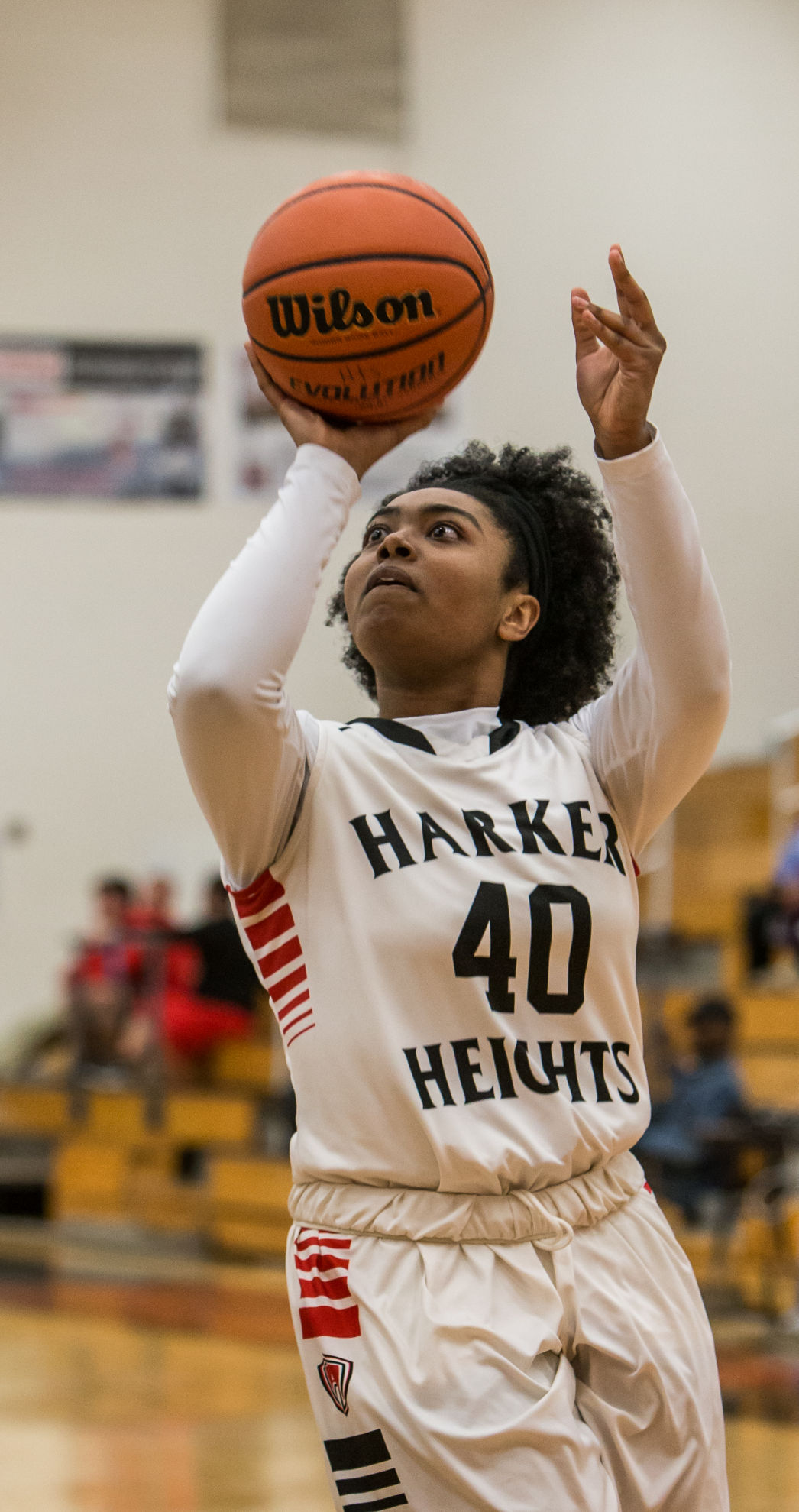 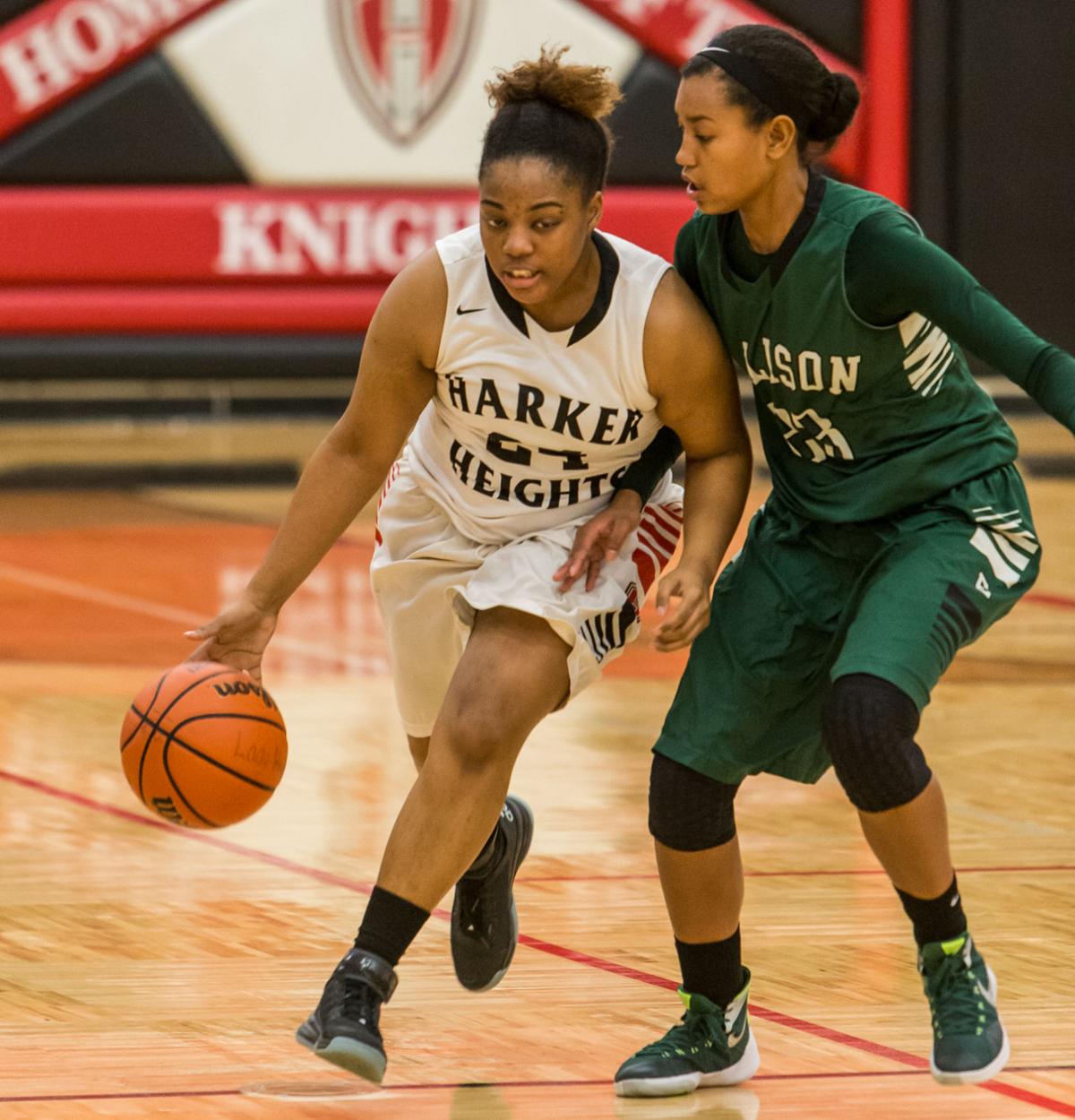 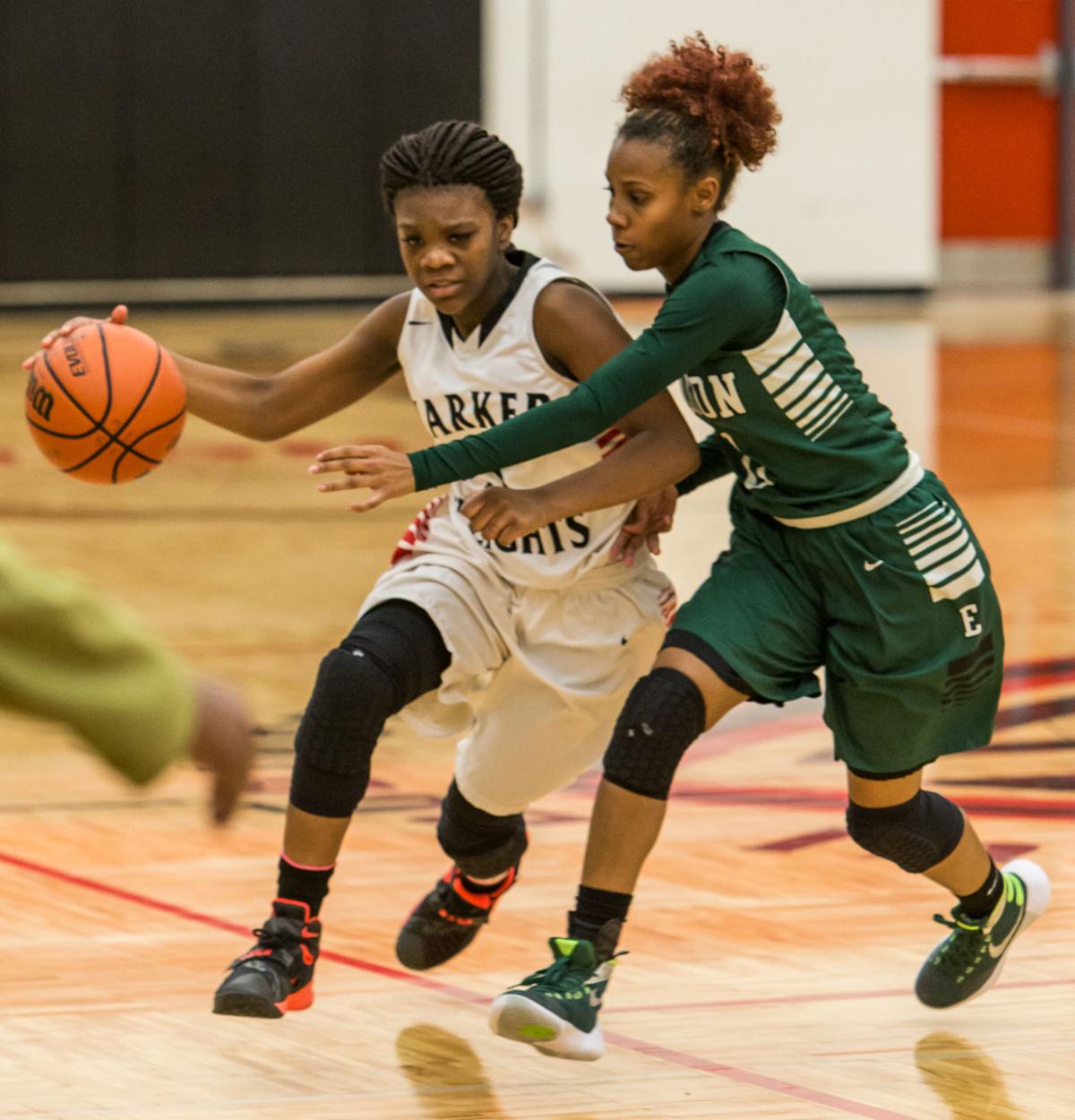 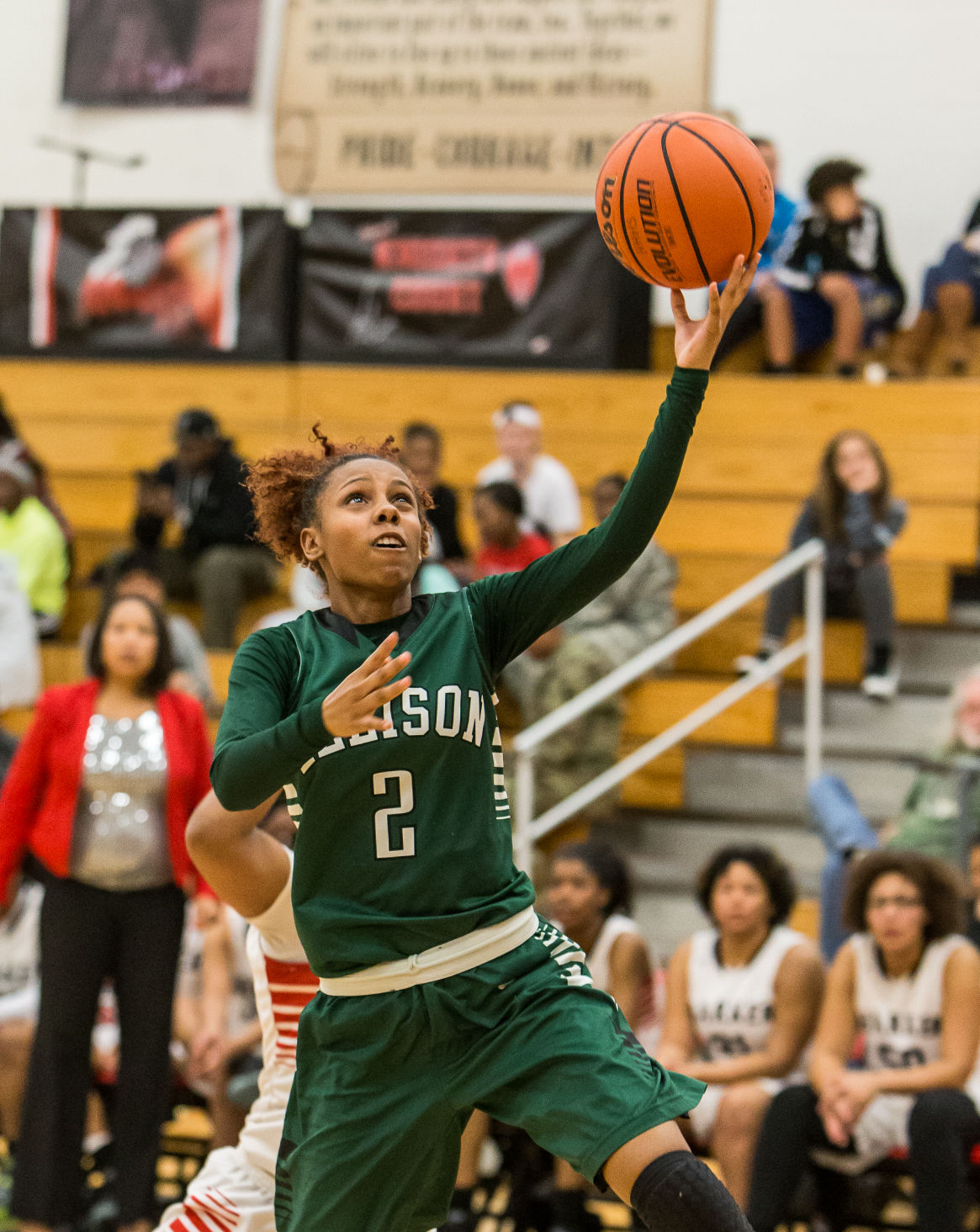 Ellison's Dajia Planas shoots a lay up after getting a steal at Harker Heights on Tuesday, Jan. 19, 2016. 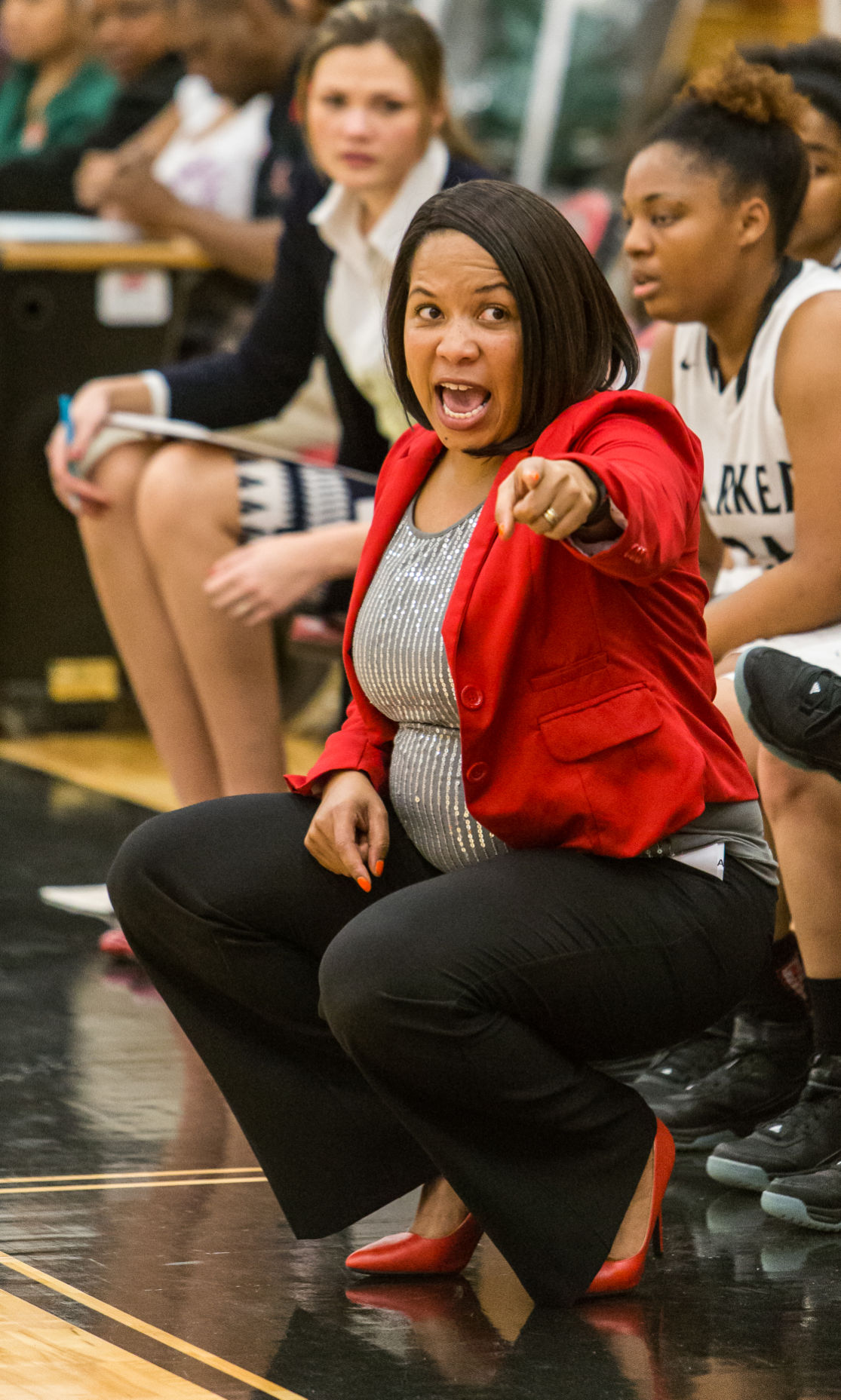 Ellison's Naomi Burnette (31) and Harker Heights' Da’Jah Daniel battle for the ball under the net at Harker Heights on Tuesday, Jan. 19, 2016.

Ellison's Madison Hattix-Covington (24) shoots from the baseline at Harker Heights on Tuesday, Jan. 19, 2016.

Ellison's Dajia Planas shoots a lay up after getting a steal at Harker Heights on Tuesday, Jan. 19, 2016.

HARKER HEIGHTS — Ellison head coach Sherry McKinnon knew that if her team wanted to reach the playoffs, Tuesday night’s game was almost as close to a must-win as it could get.

The Lady Eagles delivered in a big way as they delivered a dominating performance at Harker Heights, prevailing 57-29.

The Eagles (15-11, 2-5) led the entire game. Ellison’s Madison Hattix-Covington got things started in the first quarter, making a steal at midcourt and driving in for a layup. Less than a minute later, she got open in the corner and hit a 3-pointer to extend the lead to 9-0 with 4:53 left in the first quarter, forcing the Lady Knights to take a timeout.

Hattix-Covington led all scorers in the game with 24 points.

“We came out really aggressive and wanting to win,” said McKinnon. “Knowing that we’re in a must-win situation in order for us to get in the playoffs, I was very pleased with our overall performance.”

Harker Heights had several opportunities to cut the score to a single-digit deficit, but failed to do so. The Lady Knights trailed 24-13 late in the first half but couldn’t get a timely basket when they needed to.

The score was 27-13 at the half and that was as close as it would get.

The Lady Eagles opened things up in the third quarter when Hattix-Covington scored six straight points to put Ellison up 38-16.

“We have to be consistent,” said Hattix-Covington. “We can’t have one good game then have a bad game, we have to keep up our intensity.”

Ellison also got contributions from Aujannae Smith, who had nine points, and Arriyanna Forch, who added eight.

The Lady Knights (13-12, 1-6) were led by Ademaya Agunbiade, who had eight points, and Da’Jah Daniel who had seven.

“I feel like we are starting to get it together on the court and playing Lady Eagle basketball,” said McKinnon.

Friday didn’t start the way Ellison had hoped it’d start when it opened up league play against visiting Harker Heights.