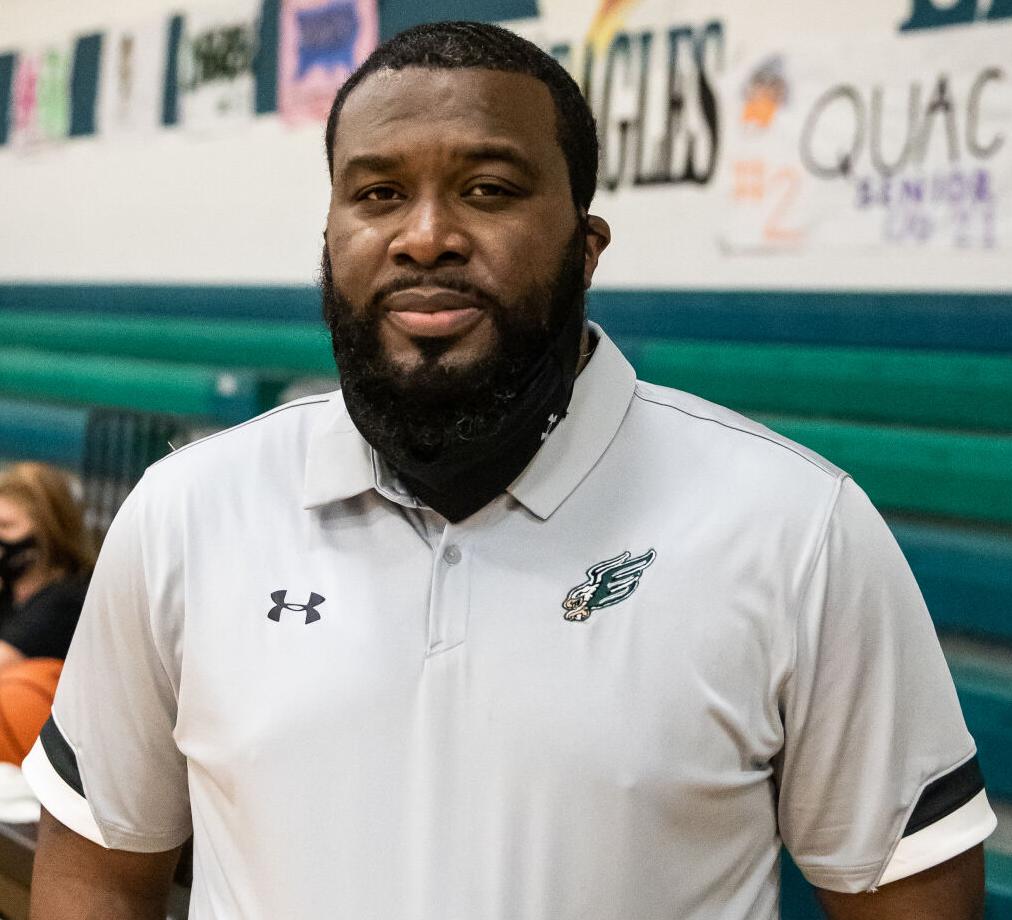 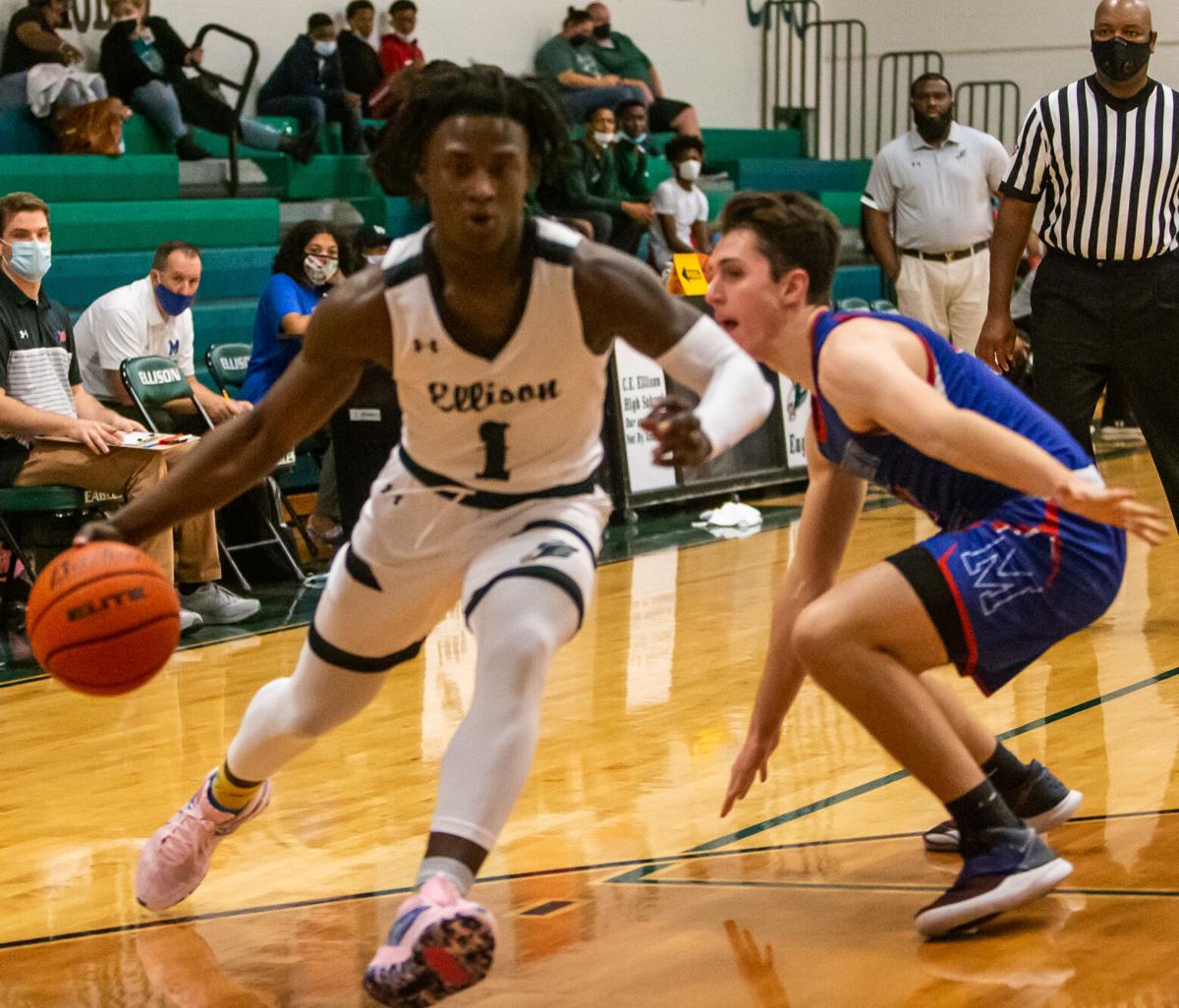 Ellison's Jamyron Keller (1) drives to the basket against Waco Midway's Ben Eckert (21) on Friday at Ellison. 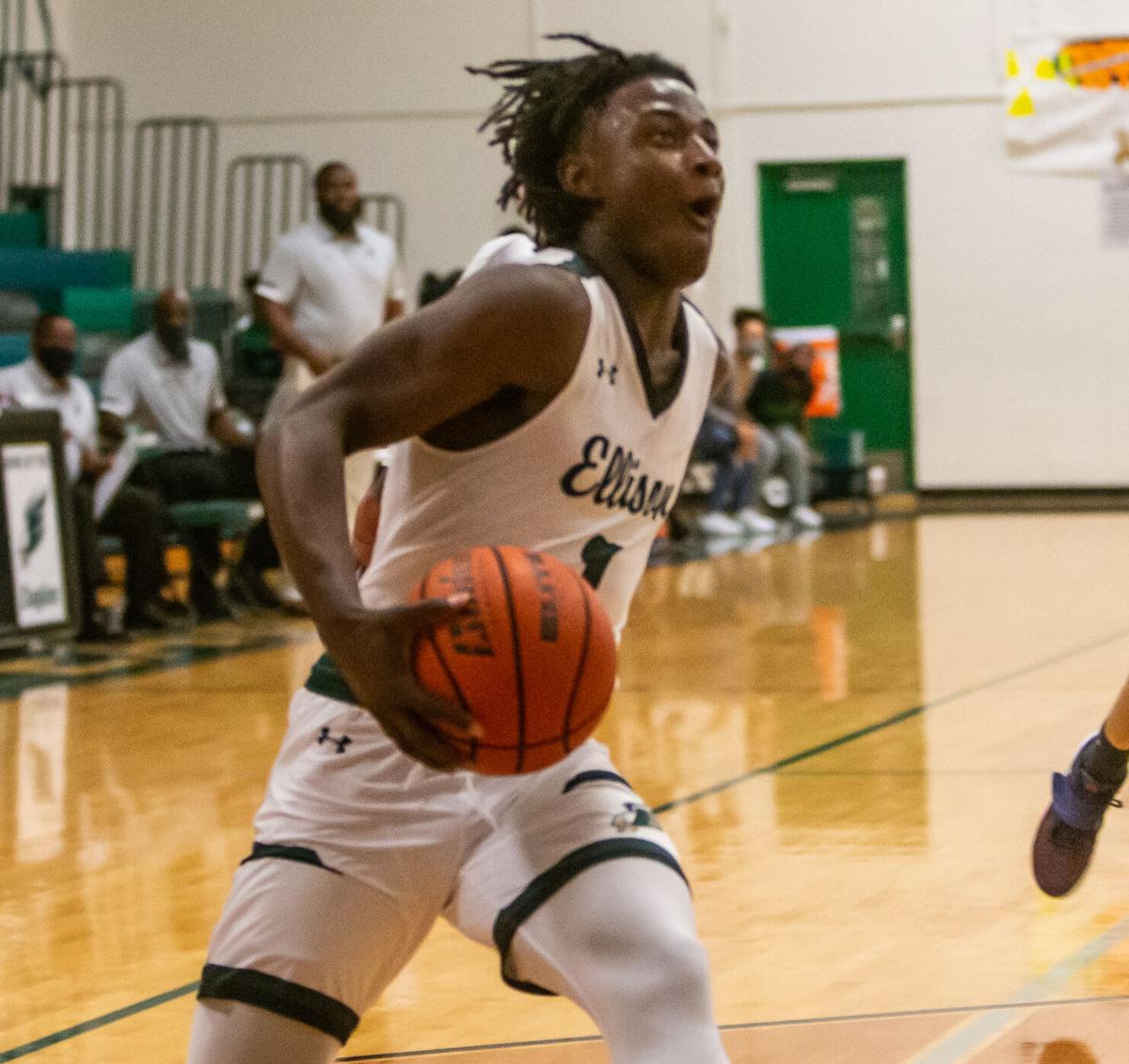 Ellison's Jamyron Keller (1) drives the baseline to the basket against Waco Midway on Friday at Ellison. 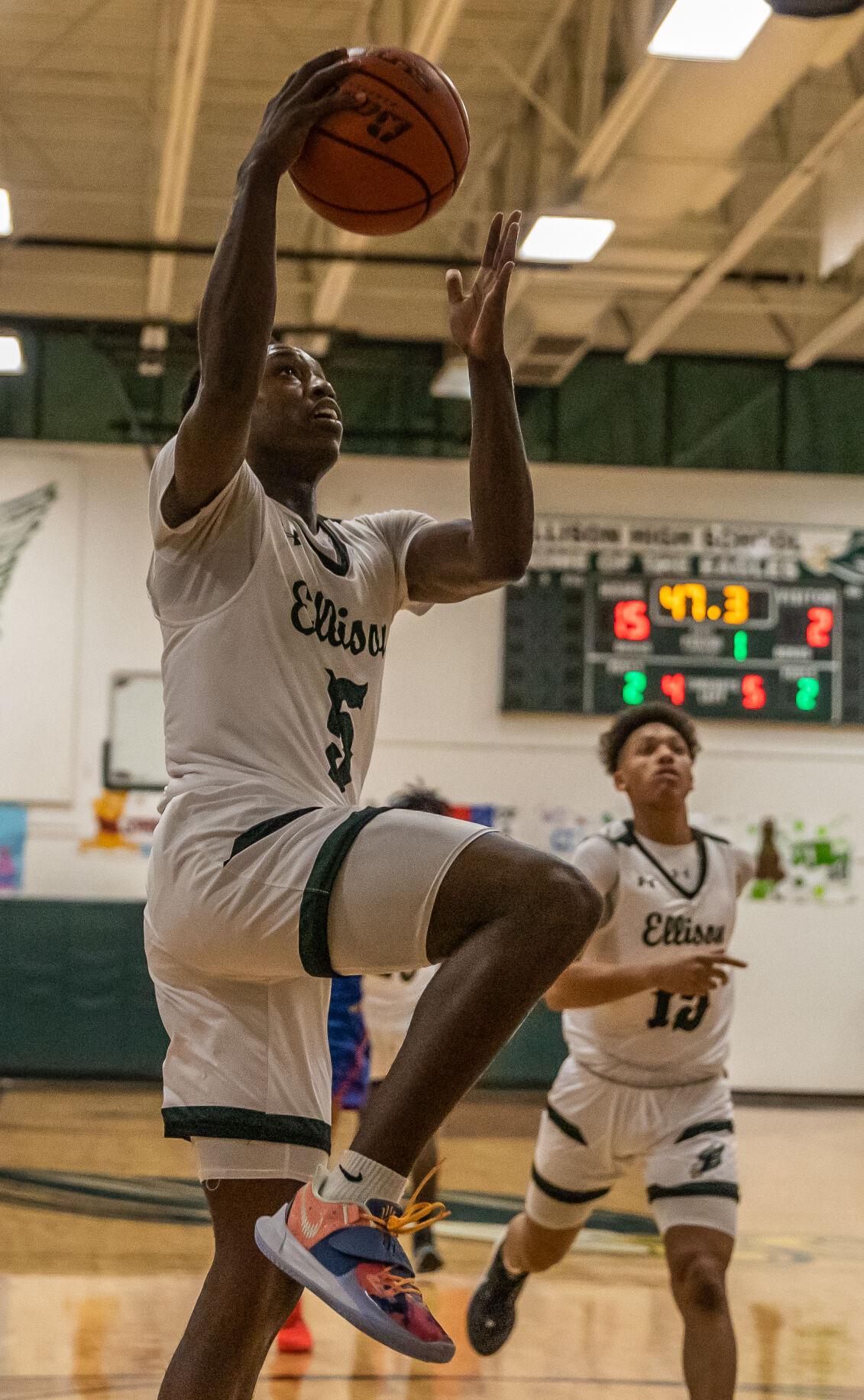 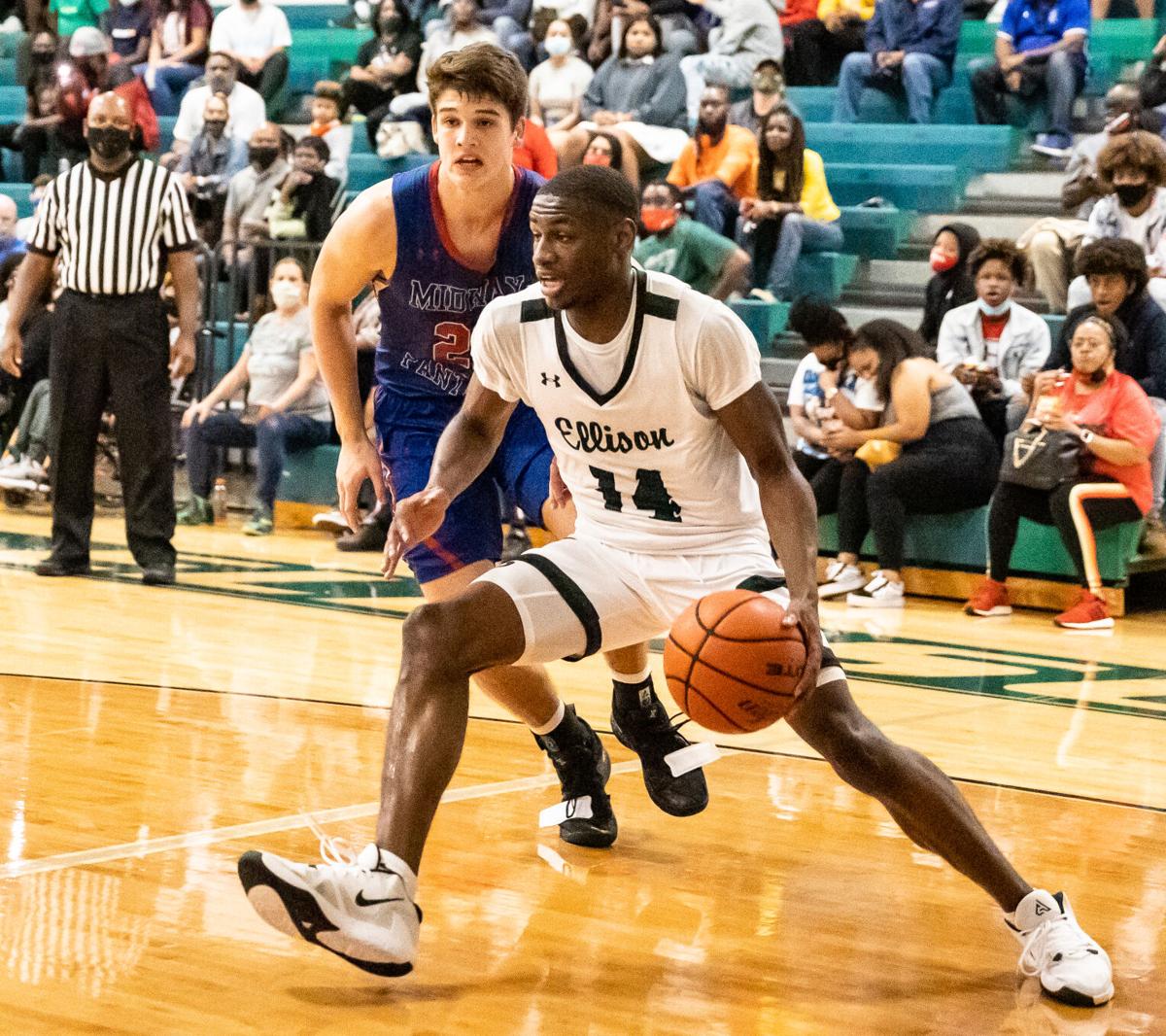 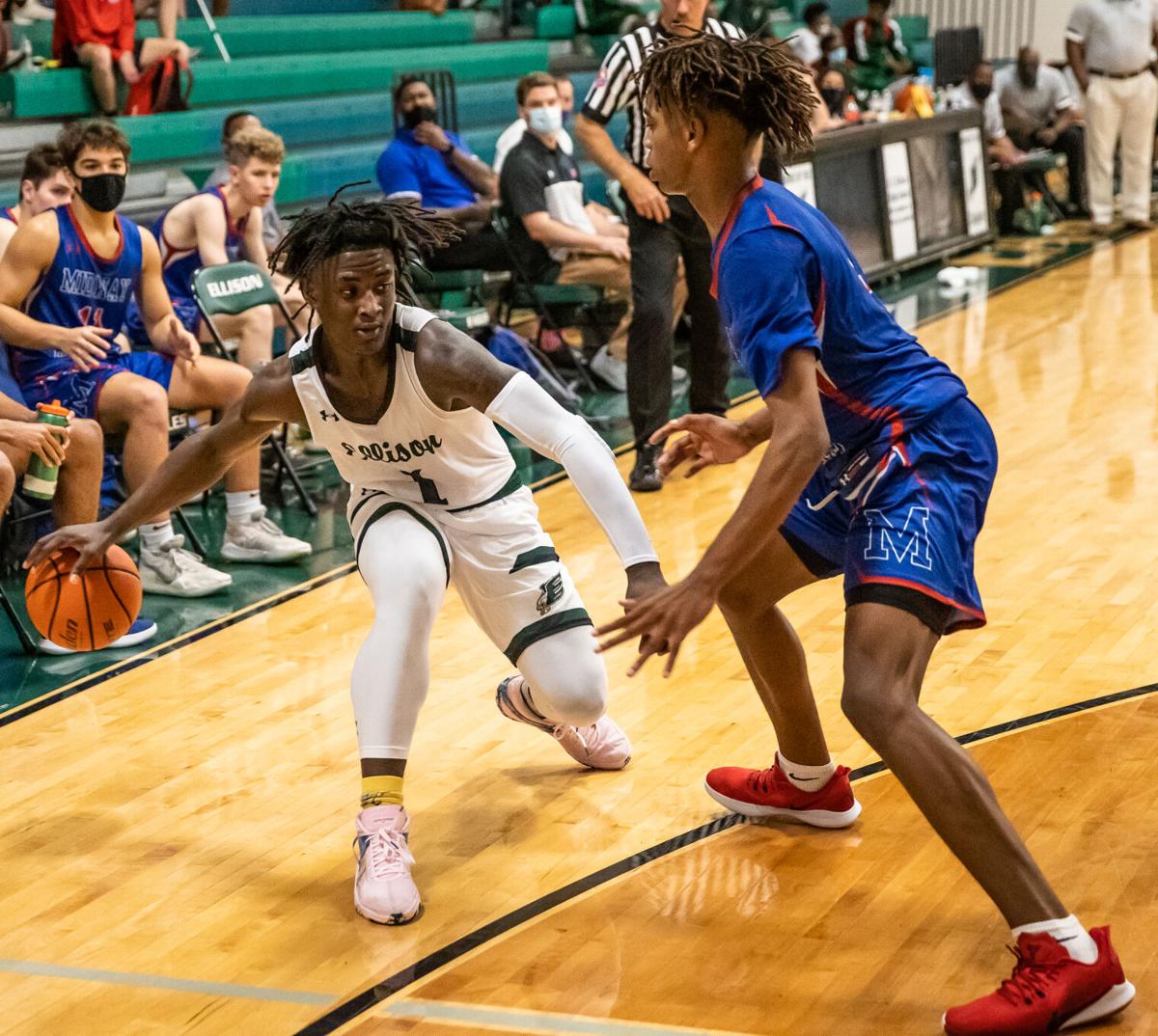 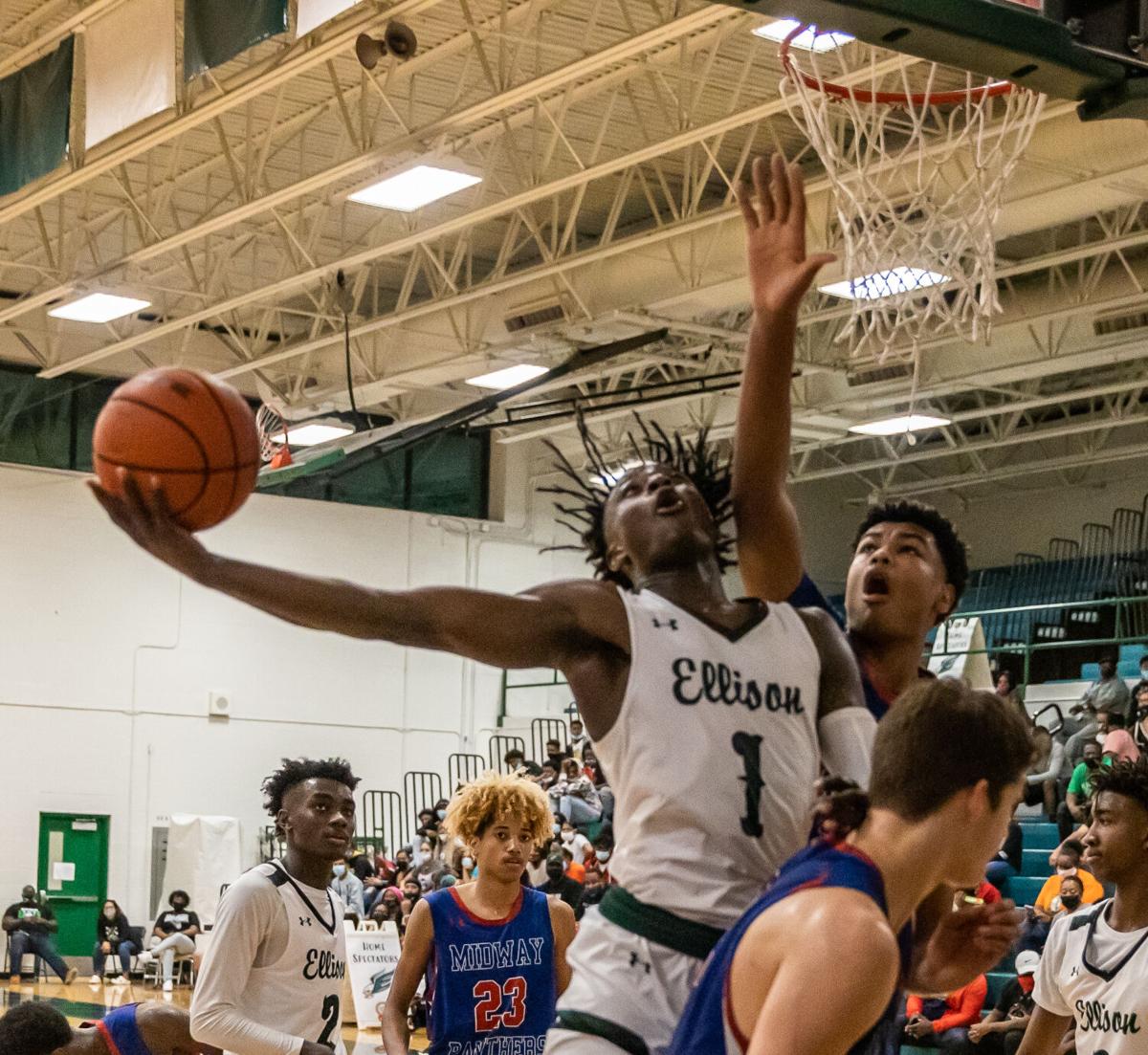 Ellison's Jamyron Keller (1) shoots from under the basket against Waco Midway on Friday at Ellison. 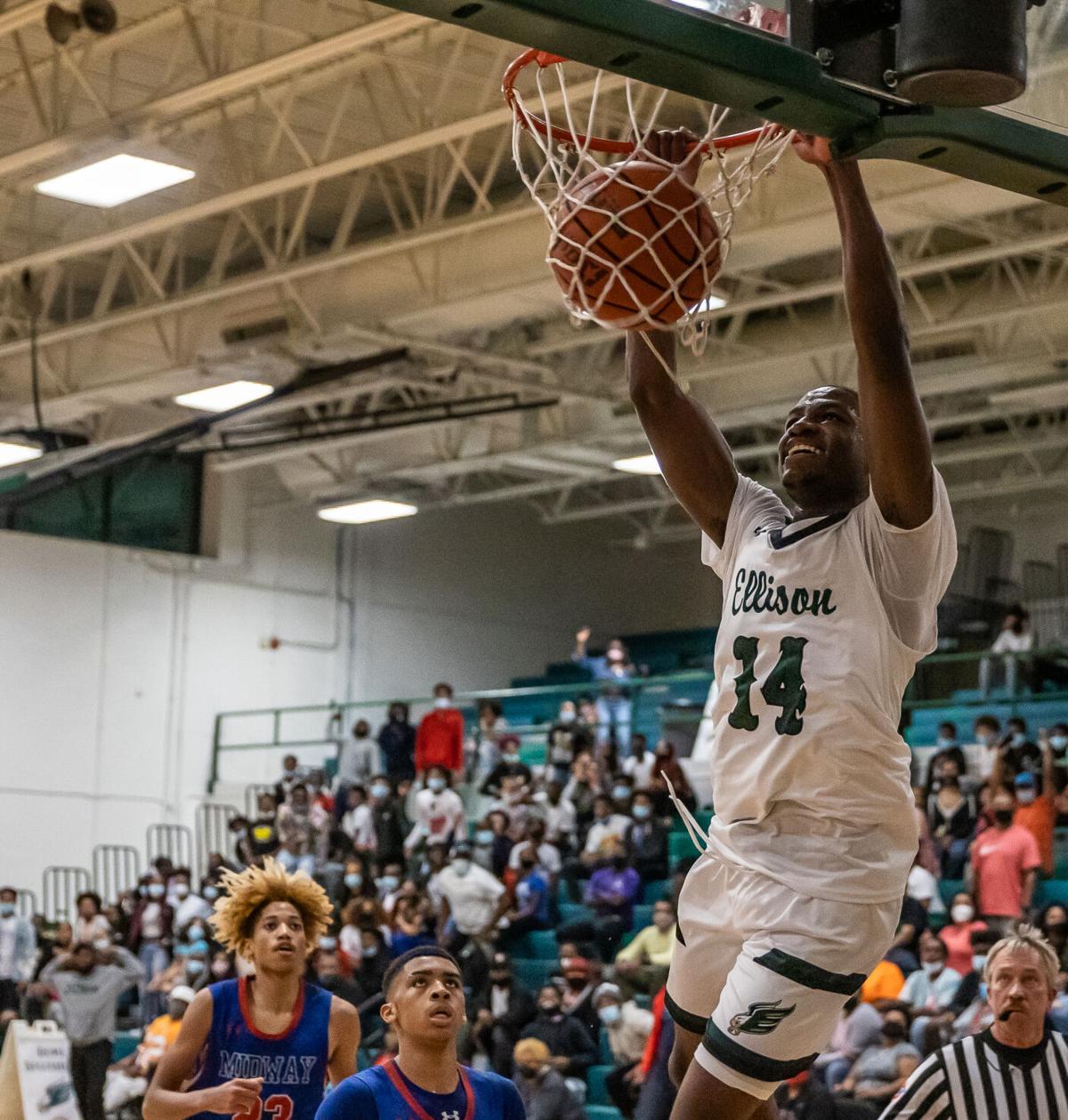 Ellison's Trendon Stewart (14) dunks after a steal against Waco Midway on Friday at Ellison.

Ellison's Jamyron Keller (1) drives to the basket against Waco Midway's Ben Eckert (21) on Friday at Ellison.

Ellison's Jamyron Keller (1) drives the baseline to the basket against Waco Midway on Friday at Ellison.

Ellison's Jamyron Keller (1) shoots from under the basket against Waco Midway on Friday at Ellison.

Ellison's Trendon Stewart (14) dunks after a steal against Waco Midway on Friday at Ellison.

“It means a lot,” Jones said of his milestone victory. “Especially with getting all 300 here at Ellison — that’s real special to me.”

Jones is in his 13th season as head coach at Ellison.

The Eagles never trailed the Panthers in the game, scoring just over a minute into the contest after a 3-pointer by Javon Walker.

Ellison poured it on in the first two quarters, building a 30-point halftime advantage and holding Midway to single digits at the break.

The Eagles played a suffocating brand of defense to help build the big lead.

Constantly double-teaming Midway players, the Eagles scratched, clawed and poked at the ball, often forcing an errant pass or nabbing a steal.

Sophomore Jamyron Keller said that was the game plan.

“We said we were going to pressure the ball, you know, see what their ball-handlers are talking about, and push the ball,” Keller said after the game. “Because if we’re running and running fast, I’m pretty sure no team in the state can stay with us.”

Keller clarified his statement that he feels the Eagles’ speed and conditioning is the best among 6A schools.

Keller was the second-leading scorer for the Eagles with 19 points. He also finished with three steals, three assists and two rebounds.

The Eagles scored the first eight points of the game before Midway got its first bucket.

After the Panthers got on the board, Ellison scored 16 straight, eventually building a 24-2 lead in the second quarter.

Senior Jayce Wright dished out seven assists in the game, often finding an open Walker or Kesean Garland behind the three-point line, or finding Kaleb Bennett in the paint for an easy bucket.

“I thought we played well early,” Jones said. “I tell the kids all the time ... it’s hard for them to stay focused when you’re up big ... once we’re up big, we try to tell them ‘Don’t worry about the score, just keep on playing.’”

In the second half, Midway picked up the pace offensively, scoring in double digits in the final two quarters.

Executing a half-court offense and forcing a lot of Ellison missed shots, the Panthers began to chip away at the lead in the third quarter.

“They’re young, they’re real young,” Jones said of Midway. “Coach (Matt) Brown does a good job with them; they’re going to get better and better, so I’m glad we got them early.”

The Eagles’ stingy defense and fast-paced offense put a kibosh on any thought of a furious comeback by Midway, however.

The teams combined for 38 points in a high-scoring third quarter and played relatively even in the fourth quarter.

The Eagles take to the road next, taking on San Marcos today in a 1:30 p.m. contest.

“This is going to be the equivalent of a tournament,” Jones said of the quick turnaround to get ready. “... They’re kids, they’re young, they can play all day, so I don’t worry about it too much with them.”

Ellison finished with 17 rebounds. Walker had five; Skyler Moresi had three; Keller Garland and Wright had two apiece and Stewart, Bennett and Ja’Darius Murphy each had one.

The Eagles had 14 assists. Wright had seven; Keller recorded three and Garland, Steward, Murphy and Isaiah Washington each had one assist.

On the defensive side, Ellison finished with 15 steals. Keller, Garland, Wright and Stewart each had three steals, while Murphy, Moresi and Washington recorded one apiece.

12-6A FOOTBALL: Belton returns from long layoff to beat Ellison 56-33

BELTON — Playing in their first game since Oct. 30, the Belton Tigers were understandably concerned about how they would physically respond in…