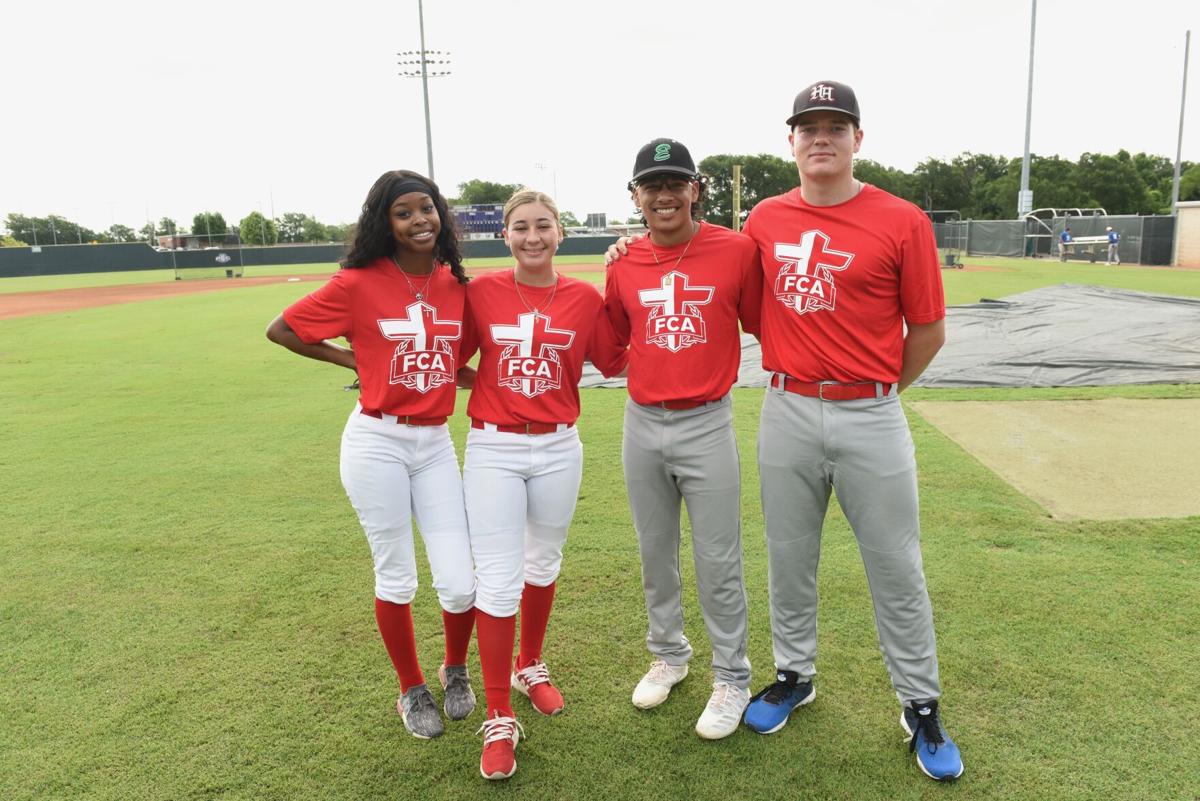 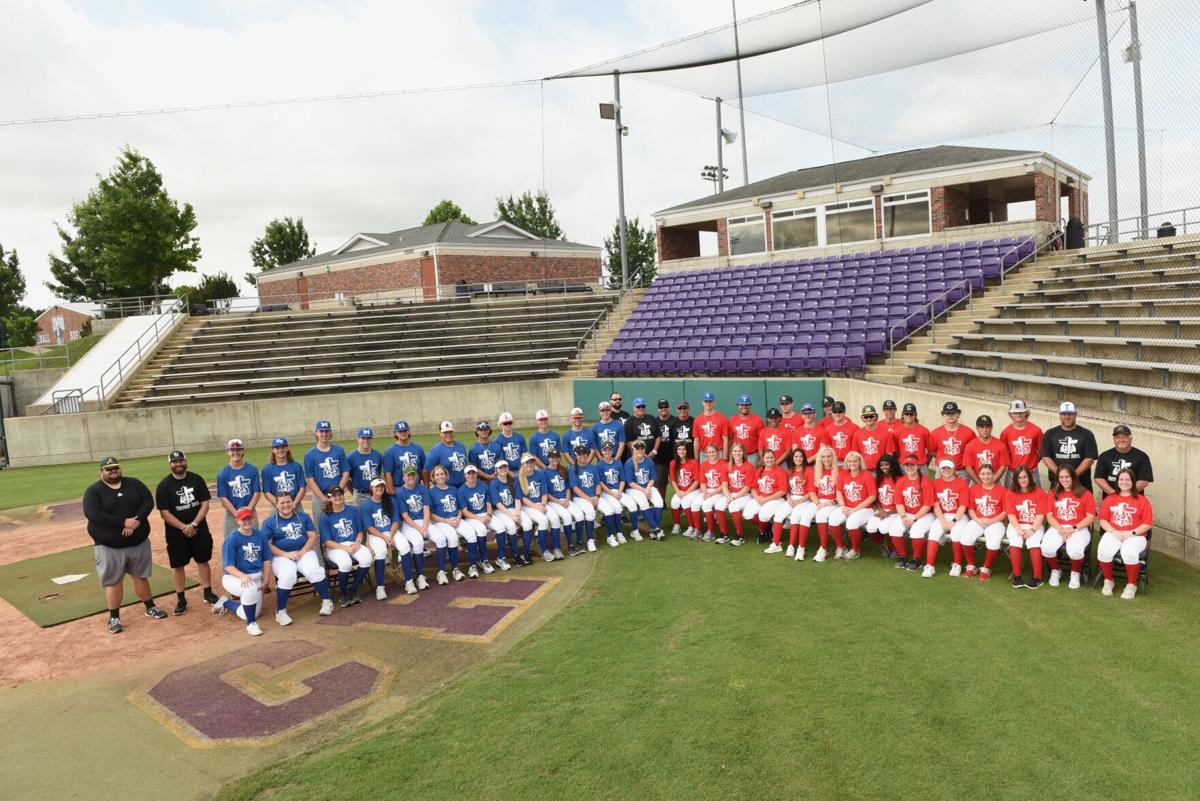 At the University of Mary Hardin-Baylor’s Red Murff Field on Thursday, softball and baseball players pose during Fellowship of Christian Athletes Victory Bowl activities. The just-graduated high school seniors chosen from a pool of 100 area high schools will play simultaneous games beginning at 6:30 p.m. Friday at the side-by-side UMHB fields.

At the University of Mary Hardin-Baylor’s Red Murff Field on Thursday, softball and baseball players pose during Fellowship of Christian Athletes Victory Bowl activities. The just-graduated high school seniors chosen from a pool of 100 area high schools will play simultaneous games beginning at 6:30 p.m. Friday at the side-by-side UMHB fields.

BELTON — The Heart of Texas Fellowship of Christian Athletes Victory Bowl is back, featuring high school senior athletes competing one last time and serving those in need in the area community.

This year, maybe more than ever before, the organizers, players and coaches associated with the annual Central Texas summer showcase are grateful for another game beneath the stadium lights.

“We’re just grateful we get to do it this year,” said FCA Area Director Seth Chambliss on Thursday as baseball and softball players in bright blue and red jerseys gathered for a team photo at the University of Mary Hardin-Baylor baseball field.

His sentiments spoke for an entire community.

Last year’s Victory Bowl event featured games played in near-empty venues. This year there is a full slate of games and players get to enjoy the usual camp atmosphere with host homes, group activities and community service.

All-star baseball and softball games are scheduled Friday at UMHB's dual fields beginning at 6:30 p.m. Tickets are $5 at the gate.

Killeen ISD is well represented on all the rosters. All softball and baseball players from KISD schools are on the Red Team.

“It’s a really cool opportunity,” said Mitchell, who played first base and pitcher for the Knights. He is following an older brother who played in the game.

The recent Harker Heights graduate hoping to play baseball in college said he would approach the game like any other and would focus the next couple of days on having fun with his peers.

Vascot, an Ellison High School outfielder, said he was taken by surprise at the invitation to play in the game. He is signed to continue playing baseball at Huston-Tillotson University.

“It’s a cool experience that I never thought would happen,” he said. “I’m open to meeting new people, getting to socialize and being with players that normally are the competition. There are a lot of people here I know.”

Coaches throughout the area nominate players to participate in the summer game and the team coaches conduct a draft to select their rosters. Several players said they were excited to see familiar faces from other schools and from various area leagues.

“I think it’s a great opportunity,” said Stillwell, a Harker Heights High School graduate and Knights shortstop. “It means a lot to me to get to play another game.”

She said she was familiar with the Victory Bowl from a friend and from previous news coverage.

Stillwell said she was looking forward to playing a game for fun and for a final opportunity to suit up with teammate Trimble, also wearing the Red softball jersey this week.

“It’s really great to get to experience something new,” Trimble said, “and see the perspective of others. I hope to learn something new and get to know God better and have fun.”

Camdyn Brothers of Harker Heights High School is on the cheer team.