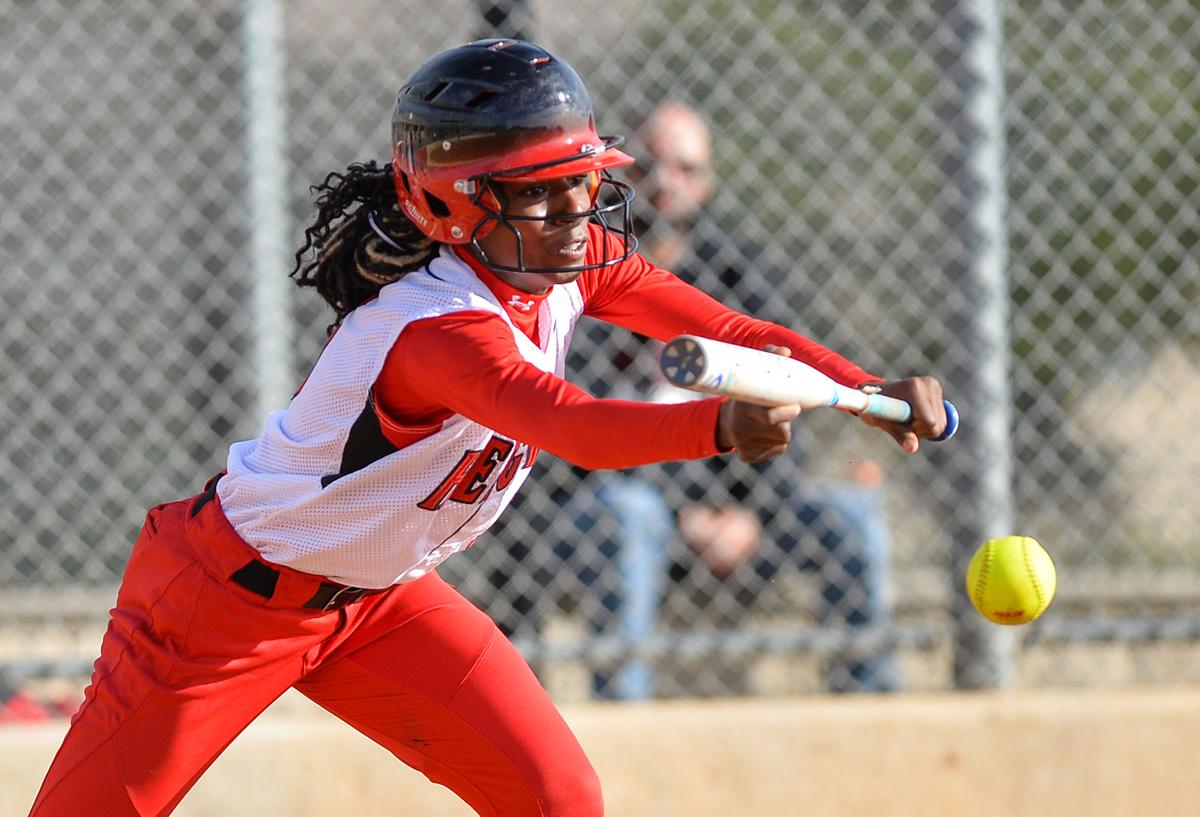 Harker Heights' Hayley Brown lays down a bunt against Gatesville on Friday in the Killeen ISD Invitational at Harker Heights Community Park. 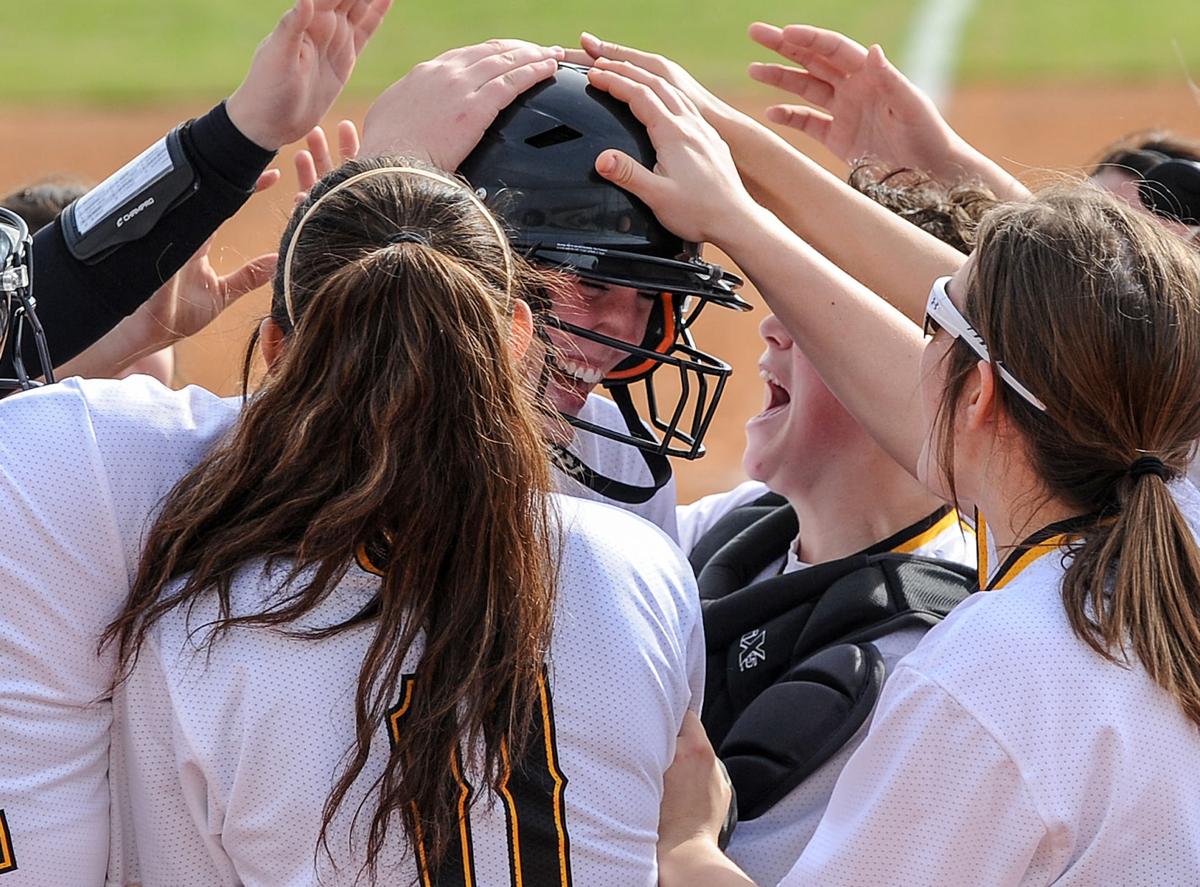 Gatesville's Josie Boyd is congratulated as she crosses home plate after hitting a home run against Harker Heights on Friday in the KISD Invitational at Harker Heights Community Park. 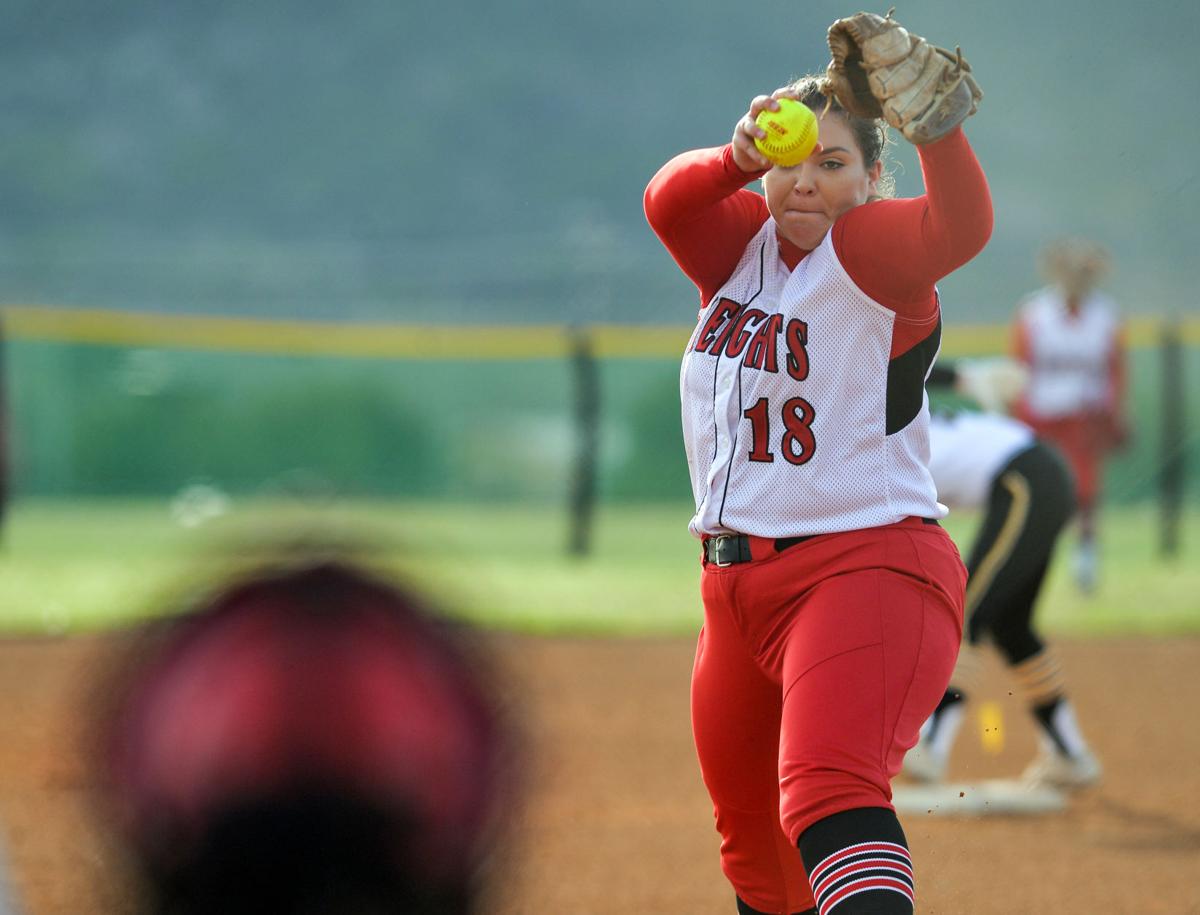 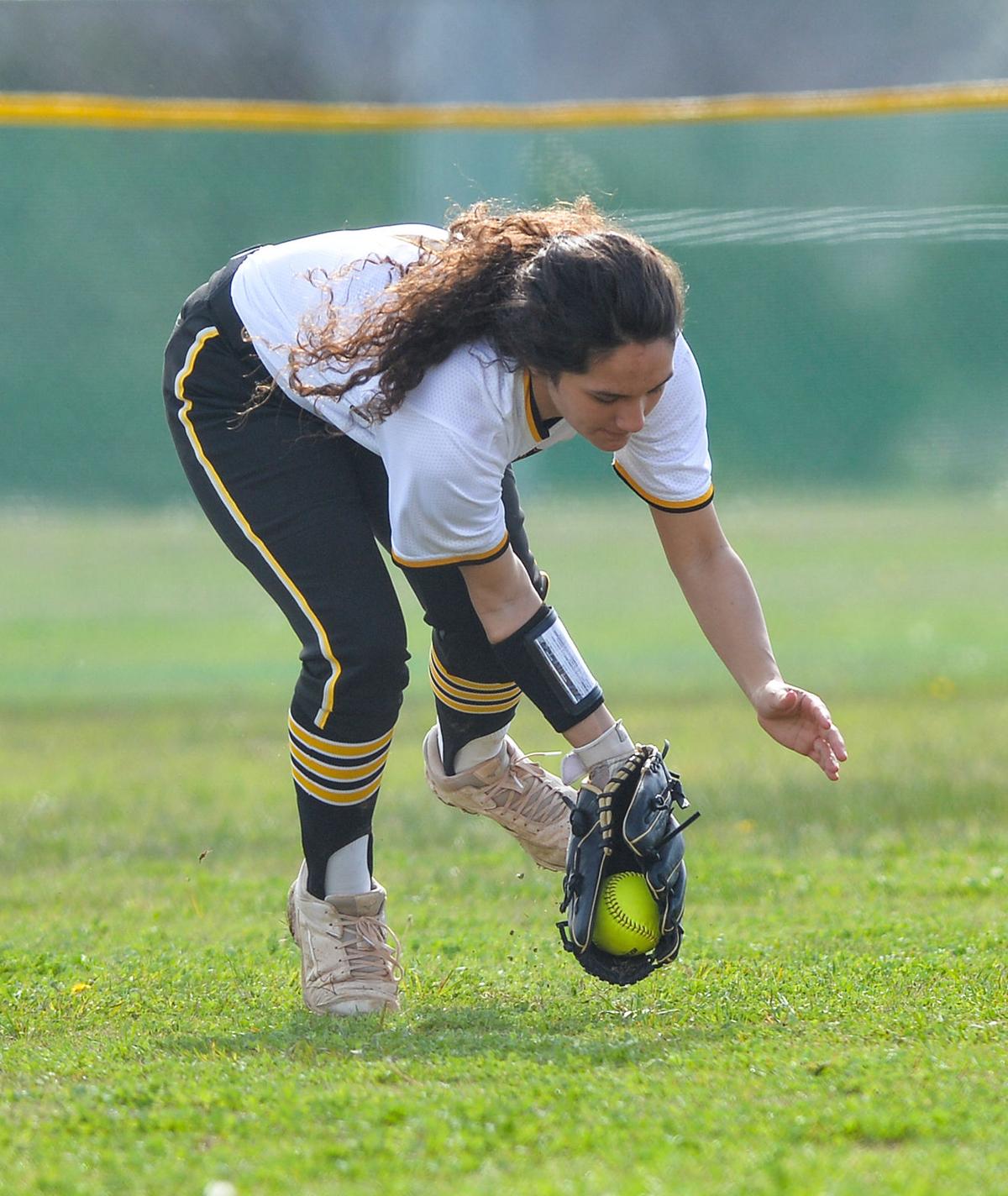 Gatesville's Kendall Villaronga robs Harker Heights of a base hit as she catches a fly ball Friday in the Killeen ISD Invitational at Harker Heights Community Park. 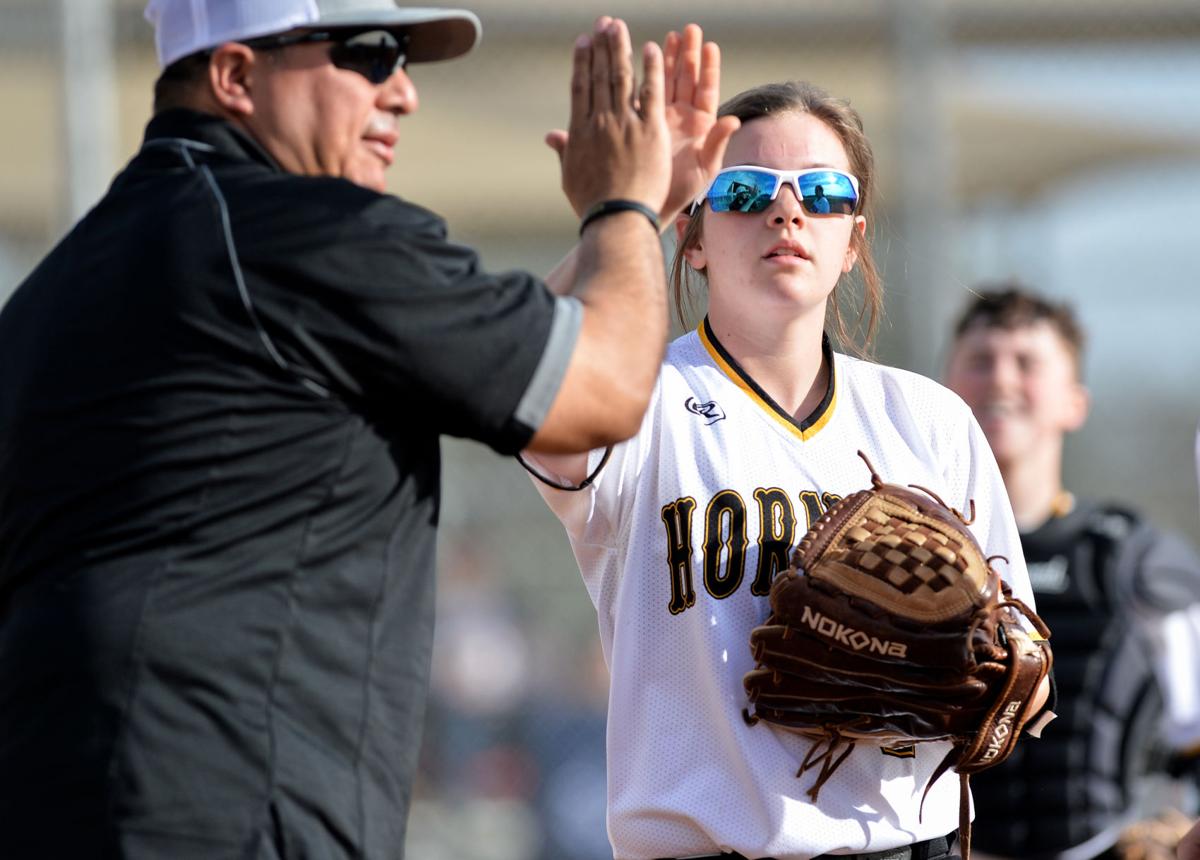 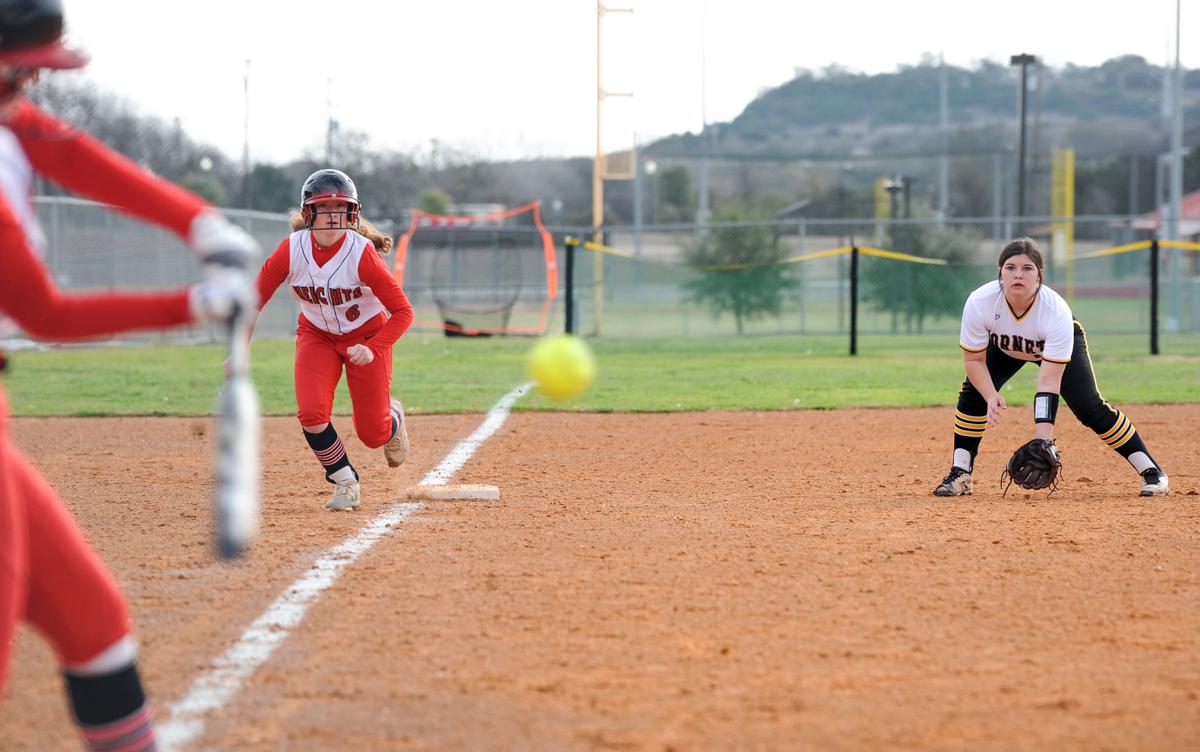 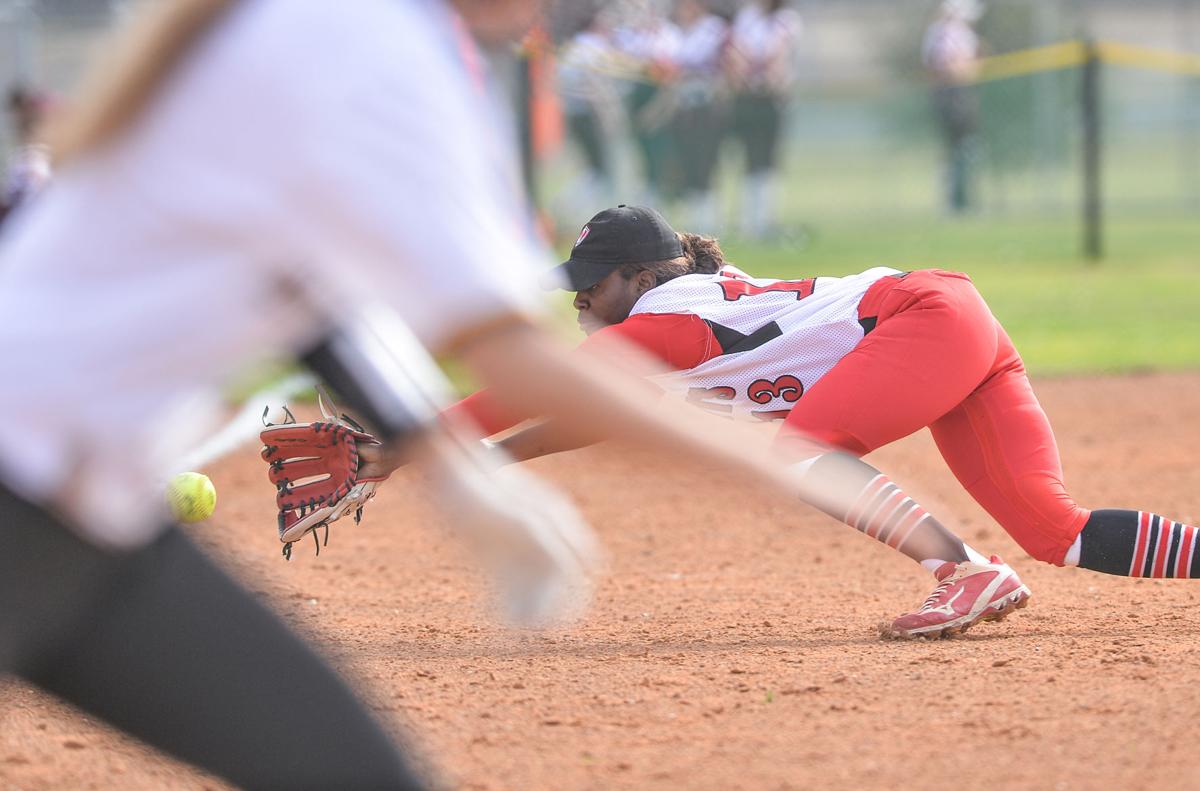 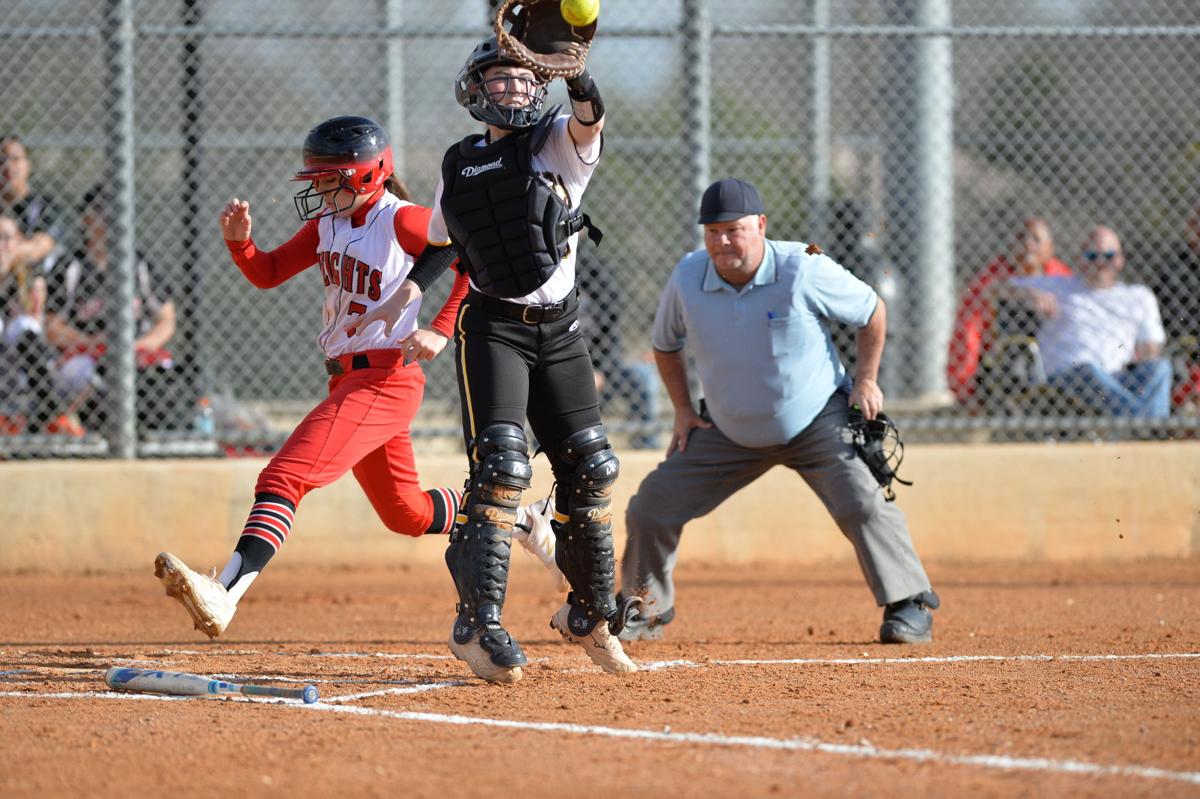 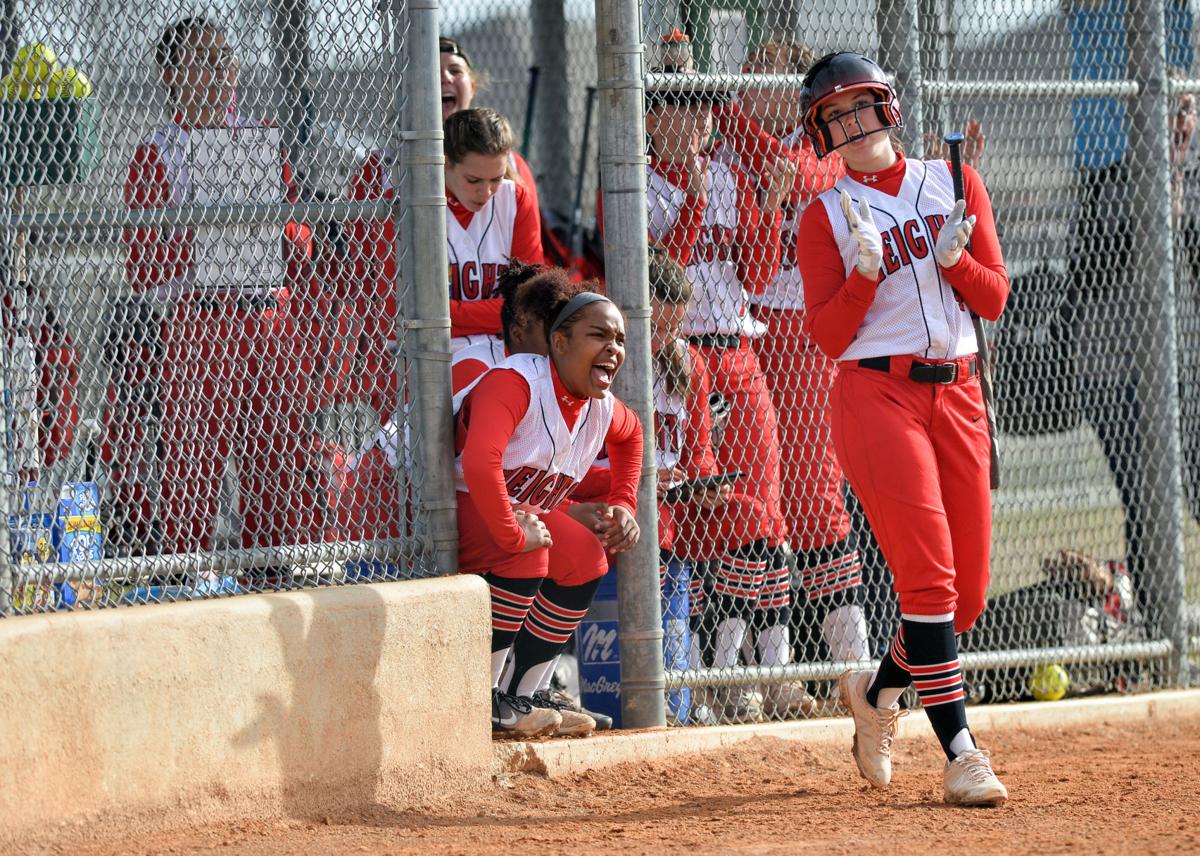 Harker Heights' Hayley Brown lays down a bunt against Gatesville on Friday in the Killeen ISD Invitational at Harker Heights Community Park.

Gatesville's Josie Boyd is congratulated as she crosses home plate after hitting a home run against Harker Heights on Friday in the KISD Invitational at Harker Heights Community Park.

Gatesville's Kendall Villaronga robs Harker Heights of a base hit as she catches a fly ball Friday in the Killeen ISD Invitational at Harker Heights Community Park.

Area schools had mixed results on the second day of the annual KISD Invitational softball tournament.

Harker Heights and Lampasas were the only two teams in the 22-team field to go undefeated and advance to today’s gold bracket today.

The Lady Knights opened the first day of competition with wins against Manor and Salado’s JV. Friday started off on a high note with a 10-5 win over Gatesville.

“We had a rough start yesterday,” said Harker Heights coach Sarah Cruddas. “I don’t know if it was the weather, sicknesses or getting in the groove of things, but today they came out with a little more energy.

“We started off strong today, better than we did yesterday.”

The Hornets have just five returners from last season’s playoff team that advanced to the area round of the playoffs before being eliminated by Liberty Hill.

“Right now, we’re just focusing on the fundamentals,” said Hornets head coach Jamie Villarrial. “A lot of these first tournaments, particularly this one here, it’s about tinkering with the lineups and seeing who goes where.

“Trial and error to see what works.”

Gatesville opened the morning at the Harker Heights Community Park athletic complex with a 2-1 lead in the bottom of the second inning before the Lady Knights loaded the bases and the Hornets walked in three runs.

Harker Heights led 10-2 by the start of the next inning.

The Hornets battled back and brought home three runs to cut the Lady Knights lead in half and would have had an additional run, but an illegal bat cost them.

The run was removed, the runner was sent back to third base and the hitter was called out. The Hornets were unable to bring in another run before time expired.

The Lady Grey Wolves posted six runs in the bottom of the first inning. With two runs to open the game, the Cougars added two more runs in their next at-bat.

Shoemaker failed to add runs in the second inning and led 6-5.

The Lady Wolves scored three runs three runs in the third, including an RBI single from Madelyn Morua.

Megan Wilson tapped a bunt just in front of home plate and miscommunication among the Cougars allowed her to beat out the throw and bring home Tamara Johnson.

Shoemaker took a 9-4 victory as time ran out and improved to 2-1 on the day as they had a bye in their bracket in the afternoon.

“I think any win, whether you come from behind or have a big lead, it gives you motivation,” noted Lady Wolves coach Steve Mattox.

With just three returning senior varsity players, Shoemaker will take all the playing time they can get as they prepare for District 12-6A play.

“We need more reps, more plate appearances and games,” Mattox said. “The main thing is being competitive — win or lose, we’re going to be competitive no matter what.”

Ellison and Lampasas each faced Rockdale on Friday.

Although the Lady Eagles fell to the Lady Badgers to close out Thursday, Ellison bounced back with an 11-6 morning win against Waco La Vega.

The Lady Eagles were 1-2 in the tournament and quickly got on the board in the bottom of the first inning against Rockdale. The Lady Tigers tied the game 1-1 at the start of the next inning.

“Our biggest goal is to work on communication,” said Ellison coach Brian Cotton. “A lot of times we get in situations and it’s important that the girls are out there talking so everybody knows what they’re doing.

“Right now it’s about trying to find our identity and who we are as a team.”

Ellison added three runs for a 4-1 lead, but errors allowed Rockdale to come back in the top of the fourth inning for a 7-5 victory.

The Lady Badgers closed out the competition on Friday and went undefeated in their first appearance at the KISD tournament with a 2-1 win over the Lady Tigers.

“We are very flexible, as far as positions go,” coach Drew Cleavinger said. “They want to win and they want to work together.

“The team atmosphere is just huge for us this season, so I’m very proud of them for their flexibility to play across the field because I think that’s what’s going to help us this season.”

Killeen split its opening day games and was swept on the second day despite a strong defensive performance against Leander Glenn.

Killeen brought four junior varsity players with the team to the varsity tournament, two of whom started against the Grizzlies.

The Lady Roos were down 4-0 in the bottom of the third inning, but rallied within a run.

Despite the strong effort, the Grizzlies took an 8-3 win.

“We’ve already started district; it was a tough battle opening up against Midway,” said James. “We know we’ve got Cove and that’s a tough battle against them, so this weekend I’m just looking for my team to compete.

“Get quality at-bats, let’s play catch and let’s not have too many errors.”

Bronze bracket play begins at 9 a.m. The Silver bracket begins at 10:30 a.m., and a noon start is set for the gold bracket.

All games will be played at Harker Heights Community Park athletic complex fields.