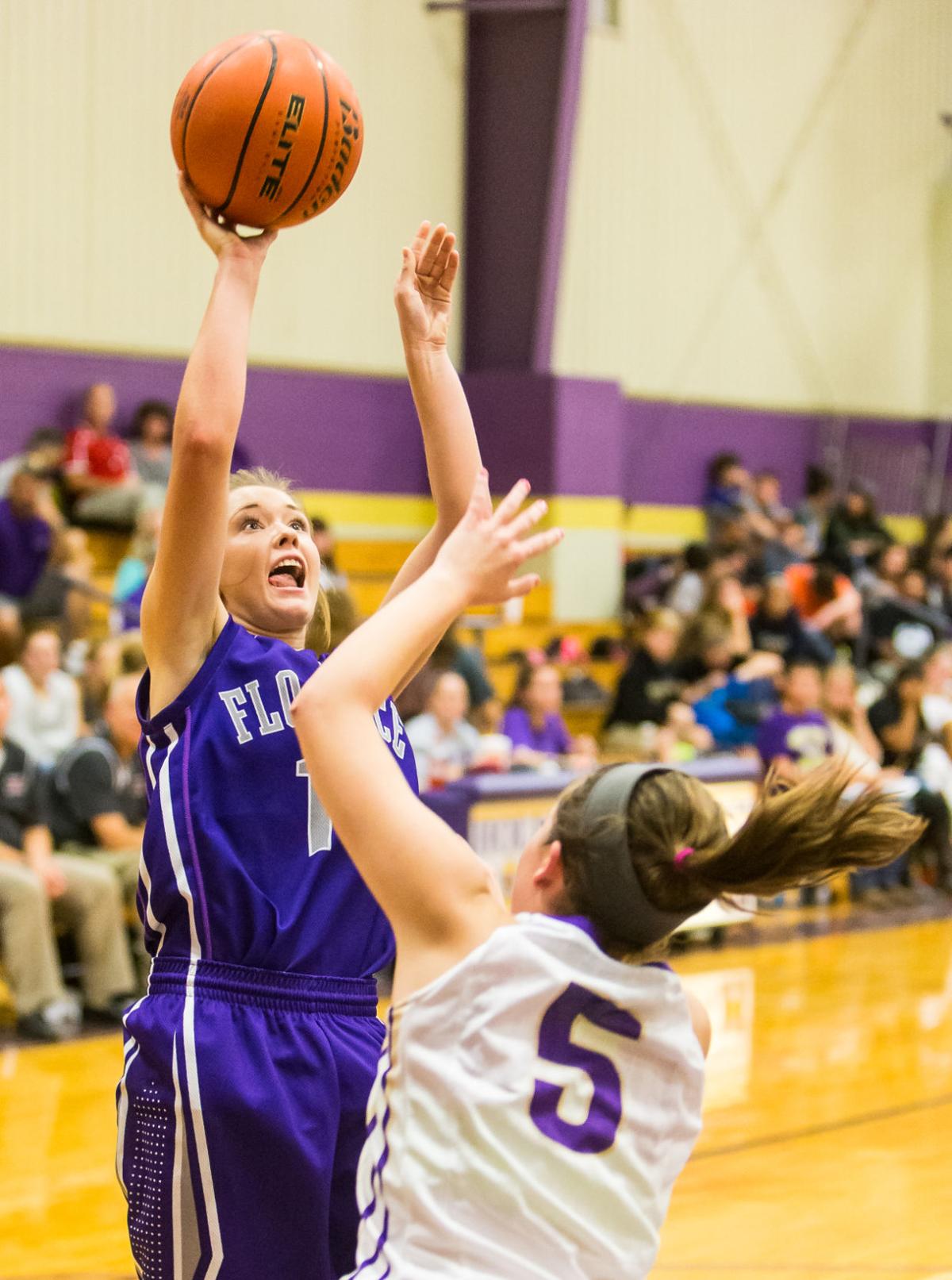 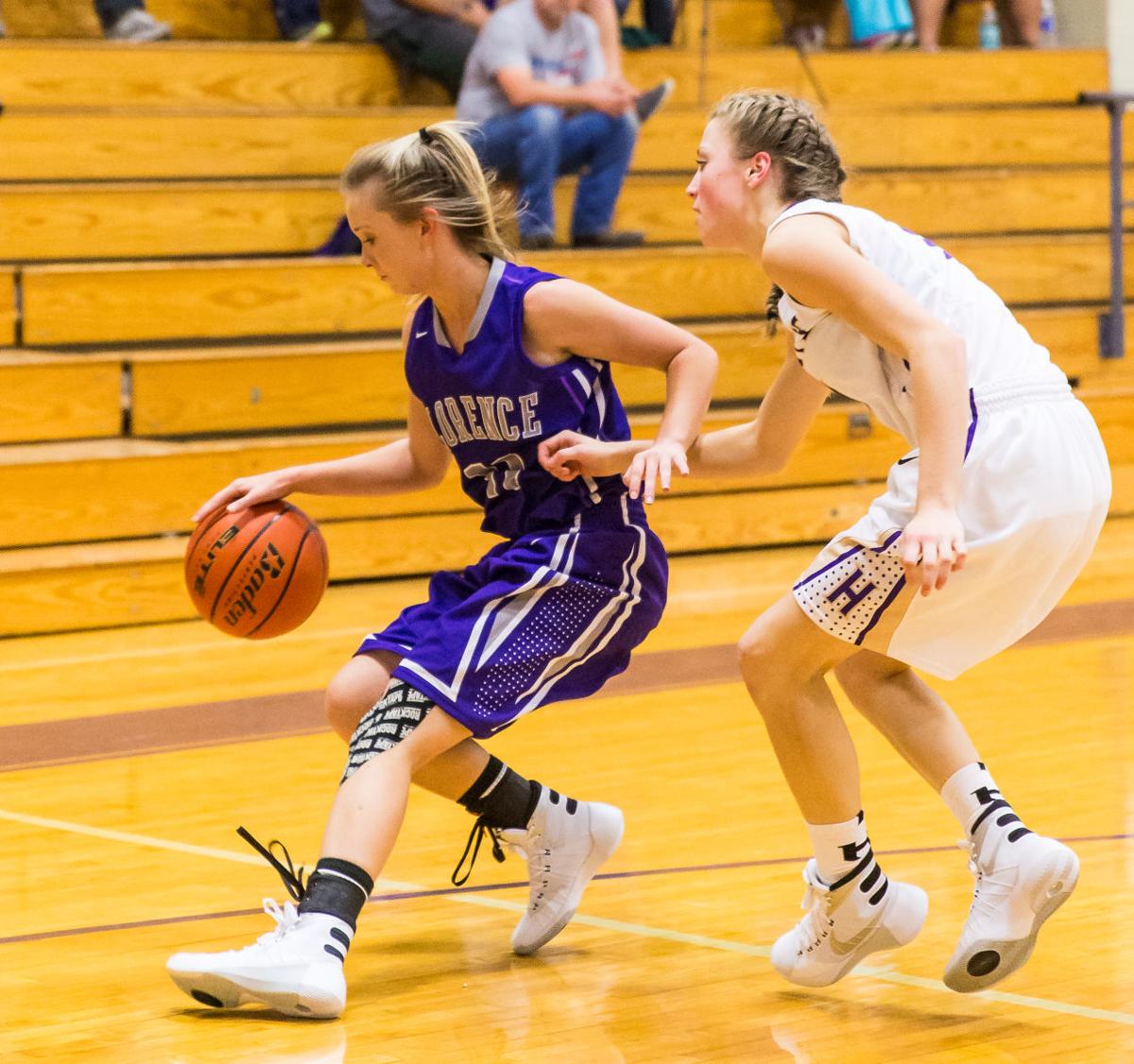 Florence's Mackenzie Futrell (11) tries to position for a shot as Holland's Gracie Shelton (0) defends on Tuesday in Holland. 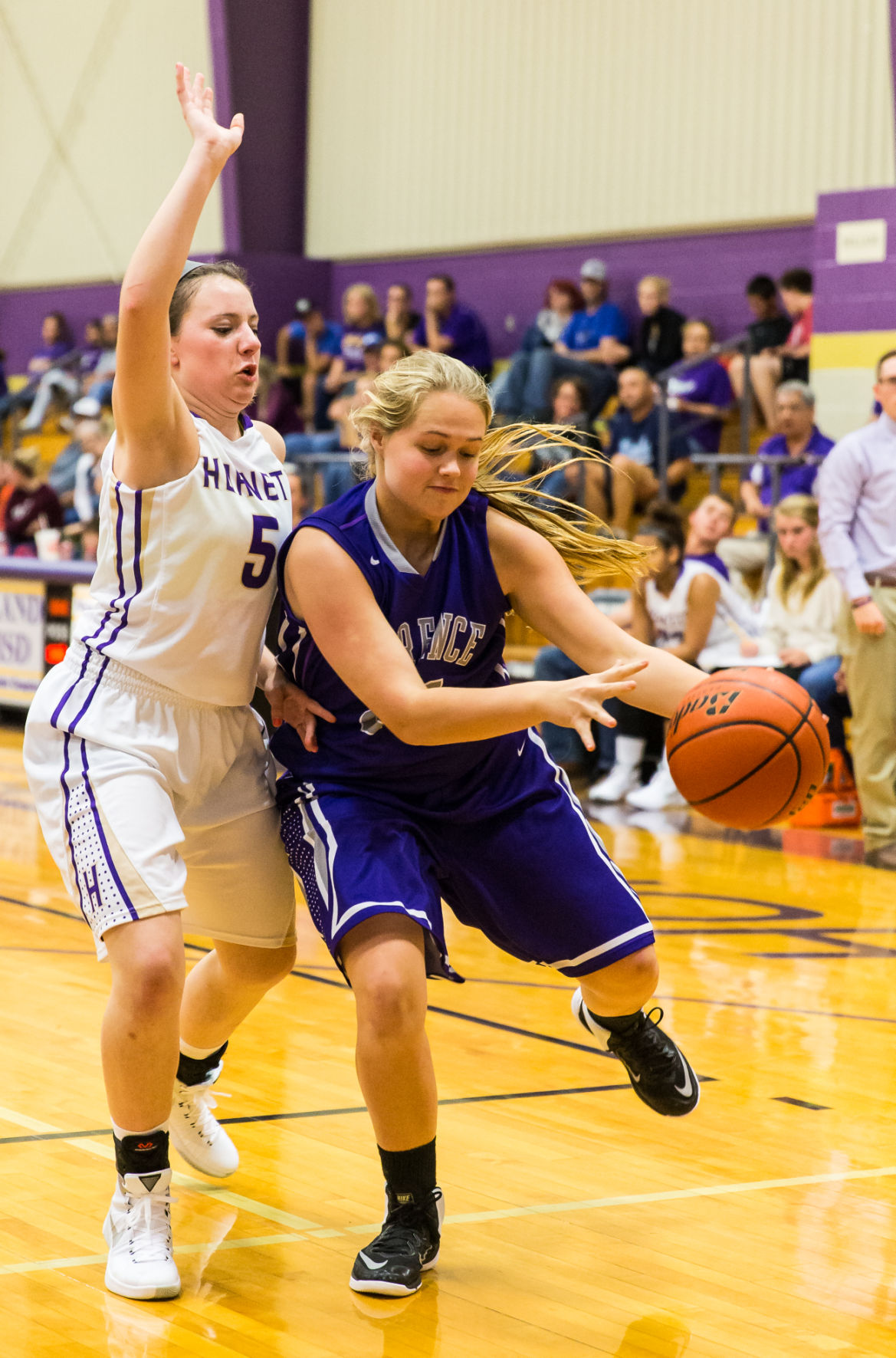 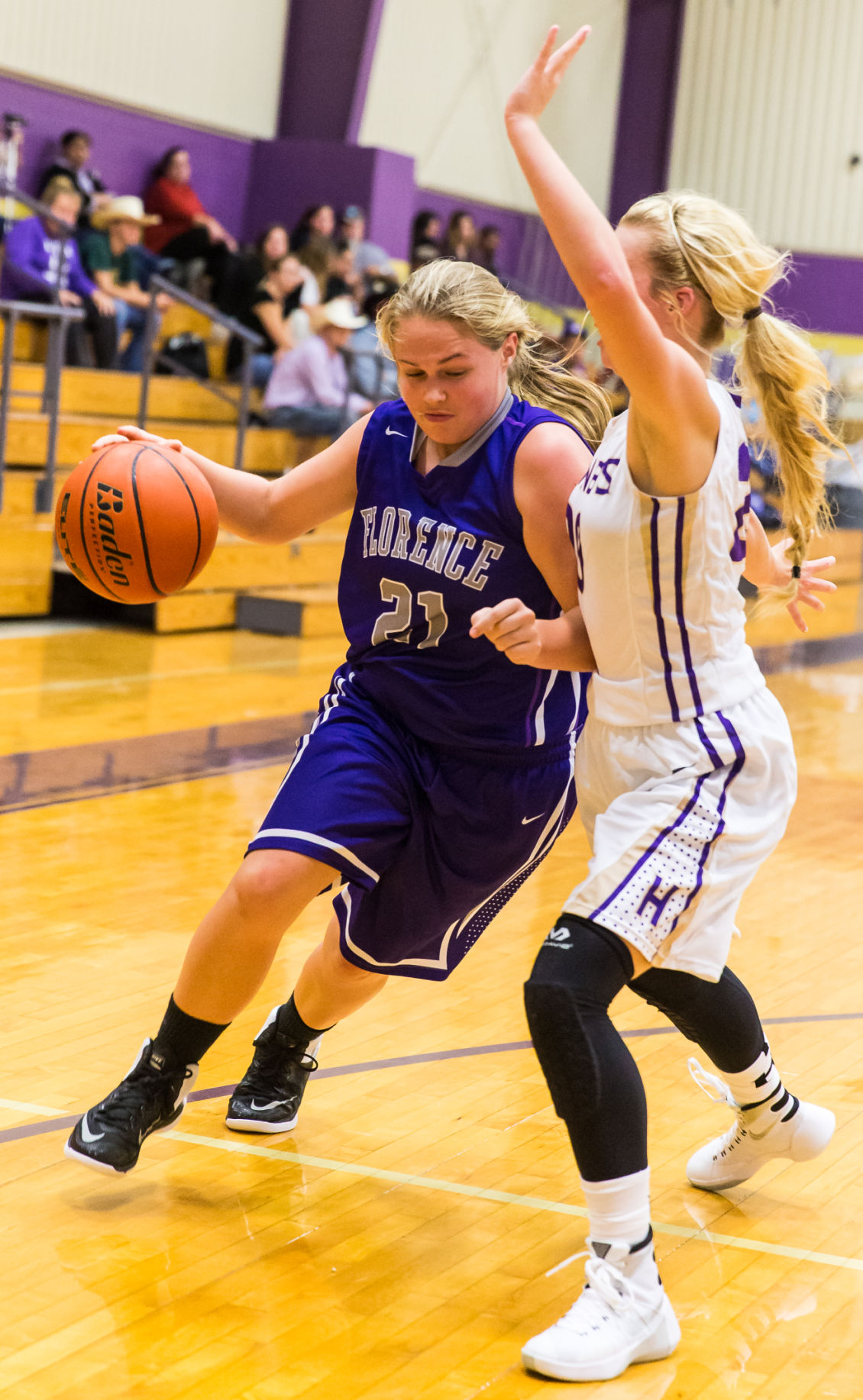 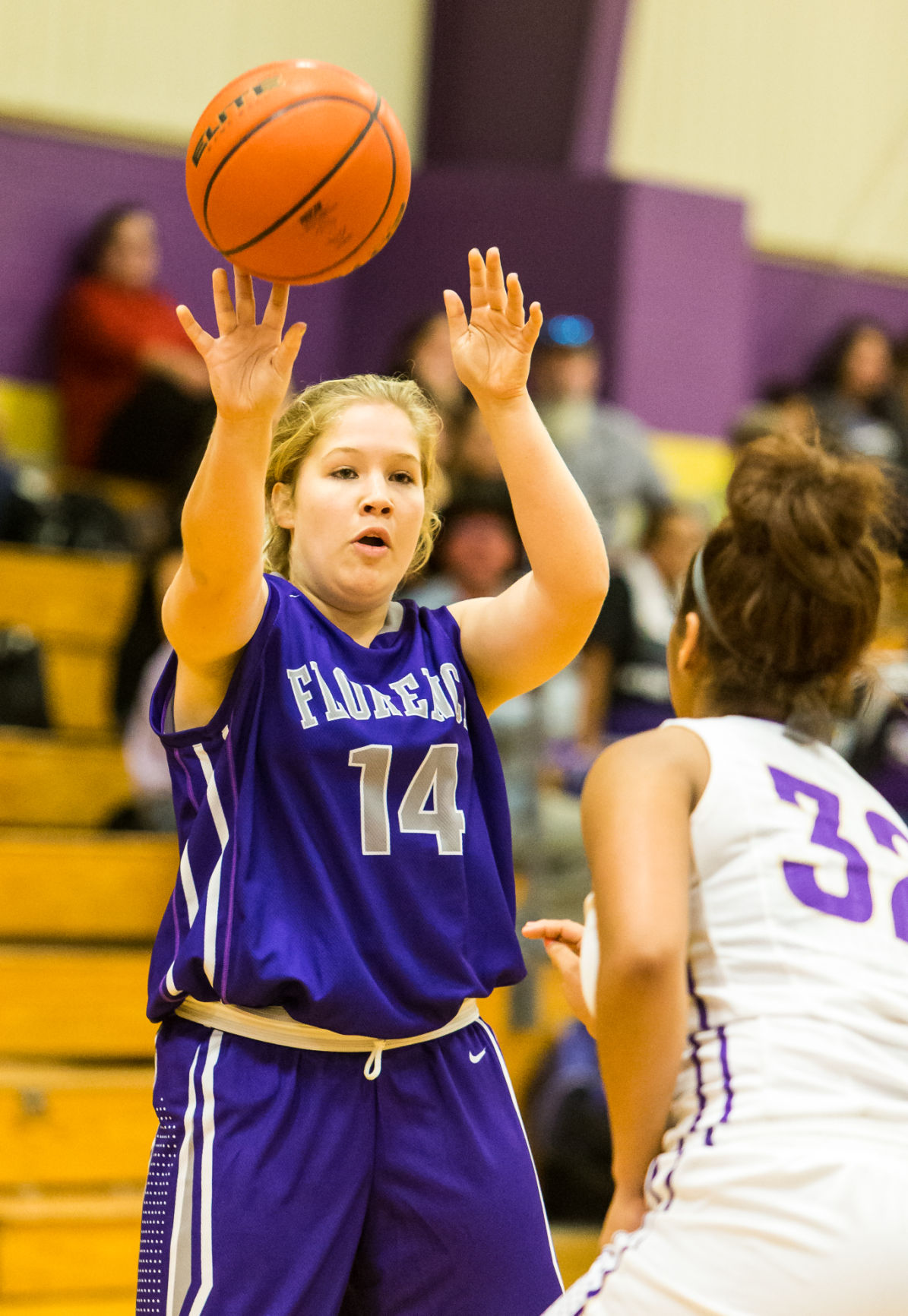 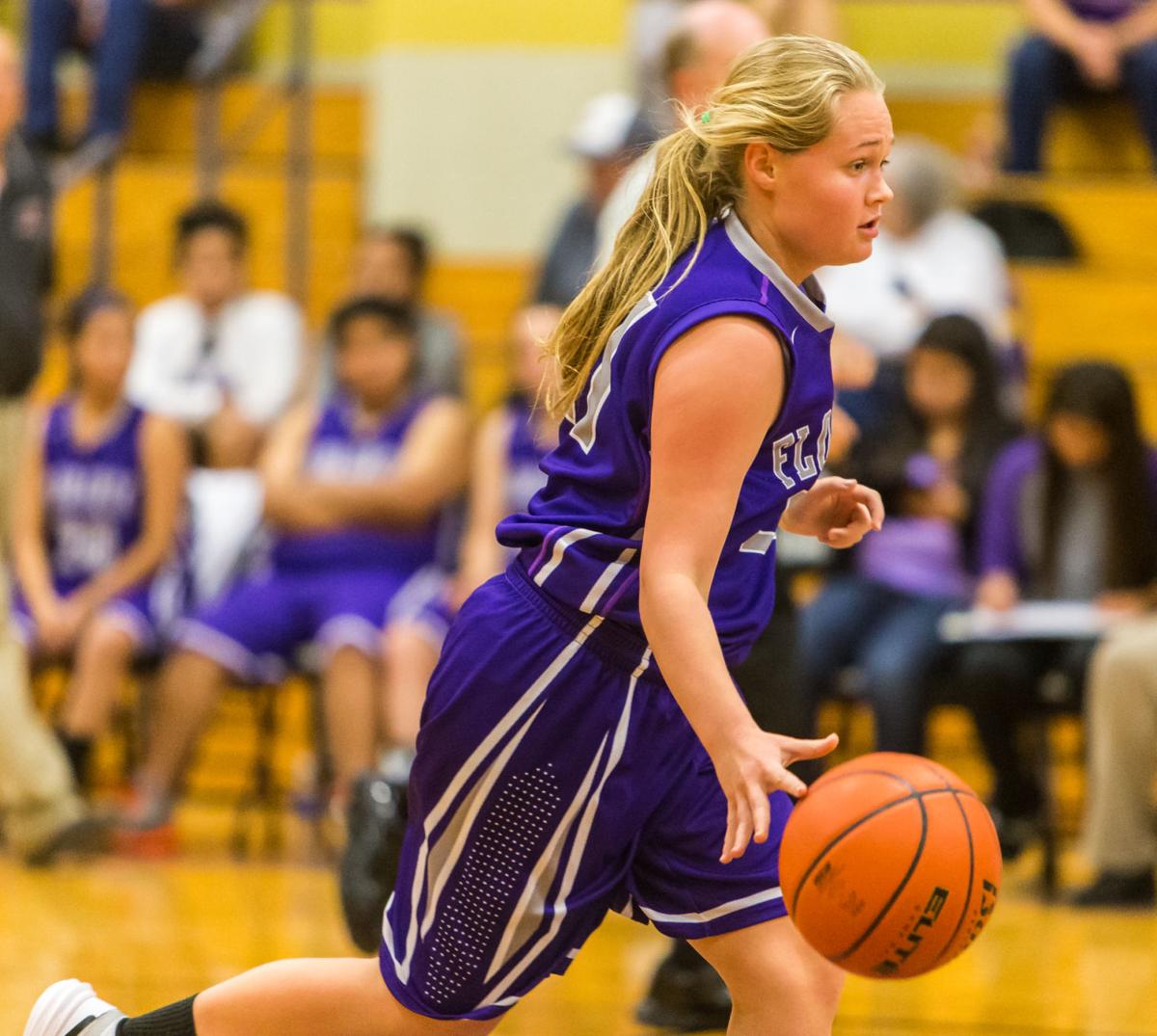 Florence's Bonnie Weidler (21) brings the ball down court against Holland on Tuesday in Holland. 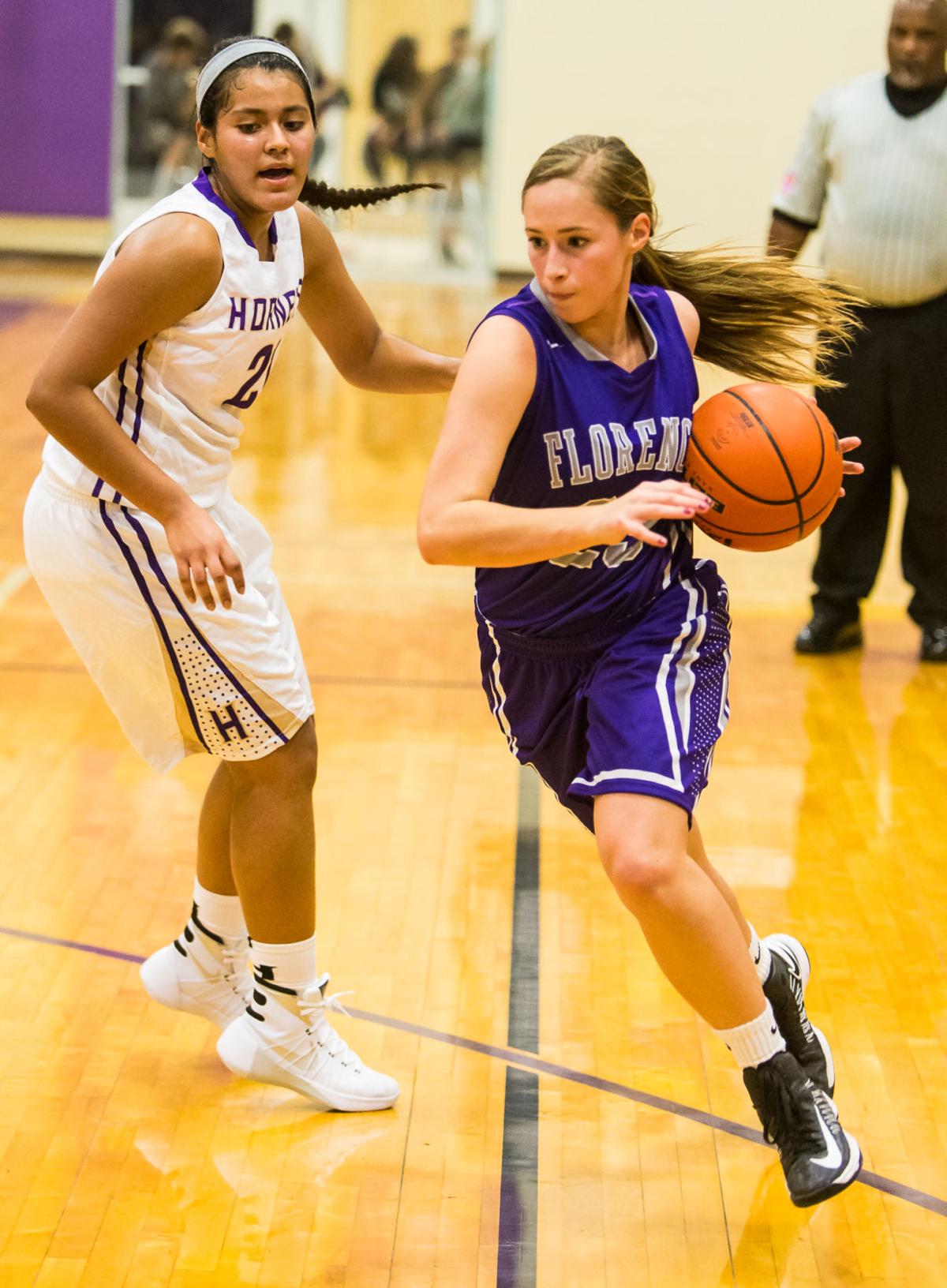 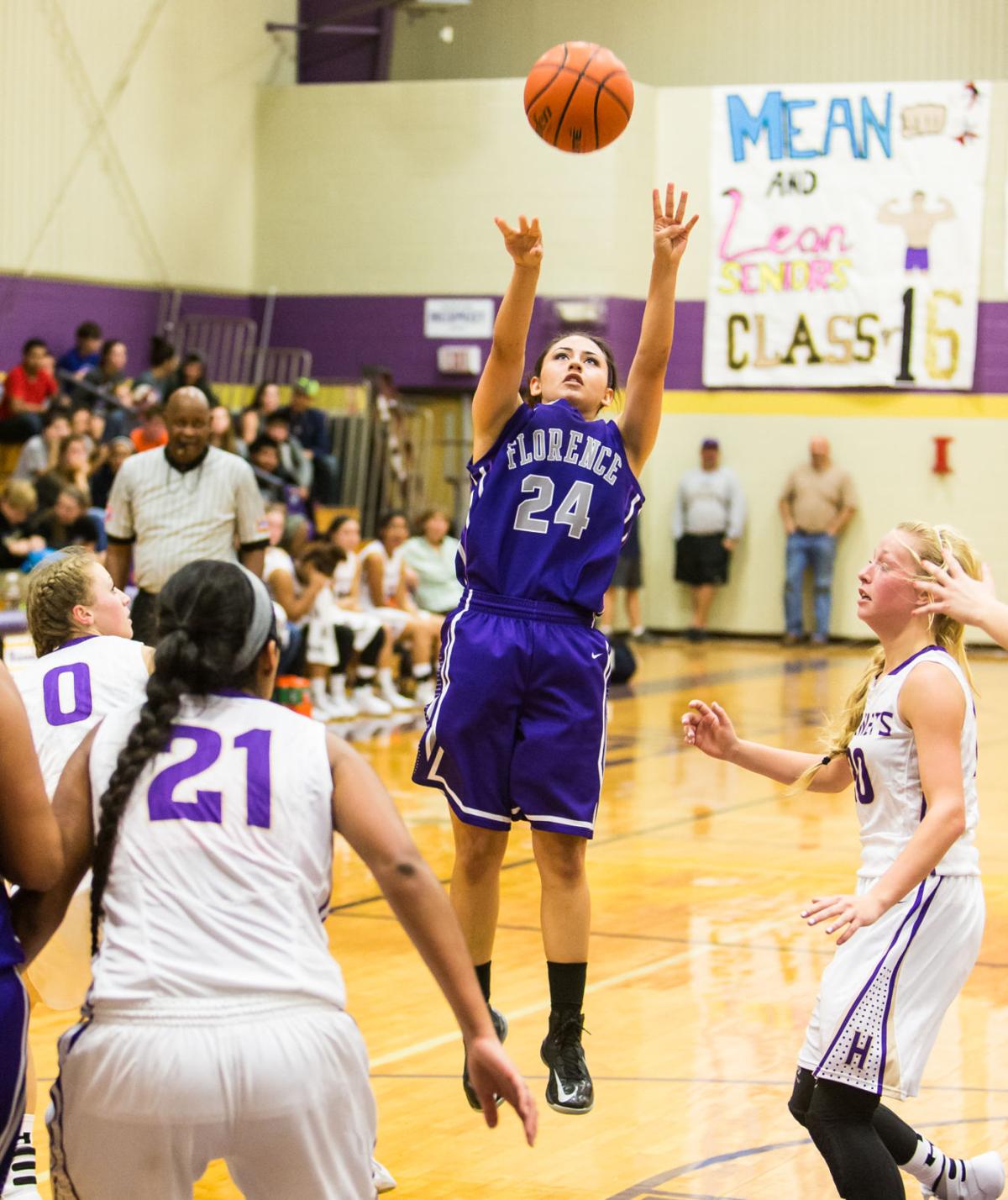 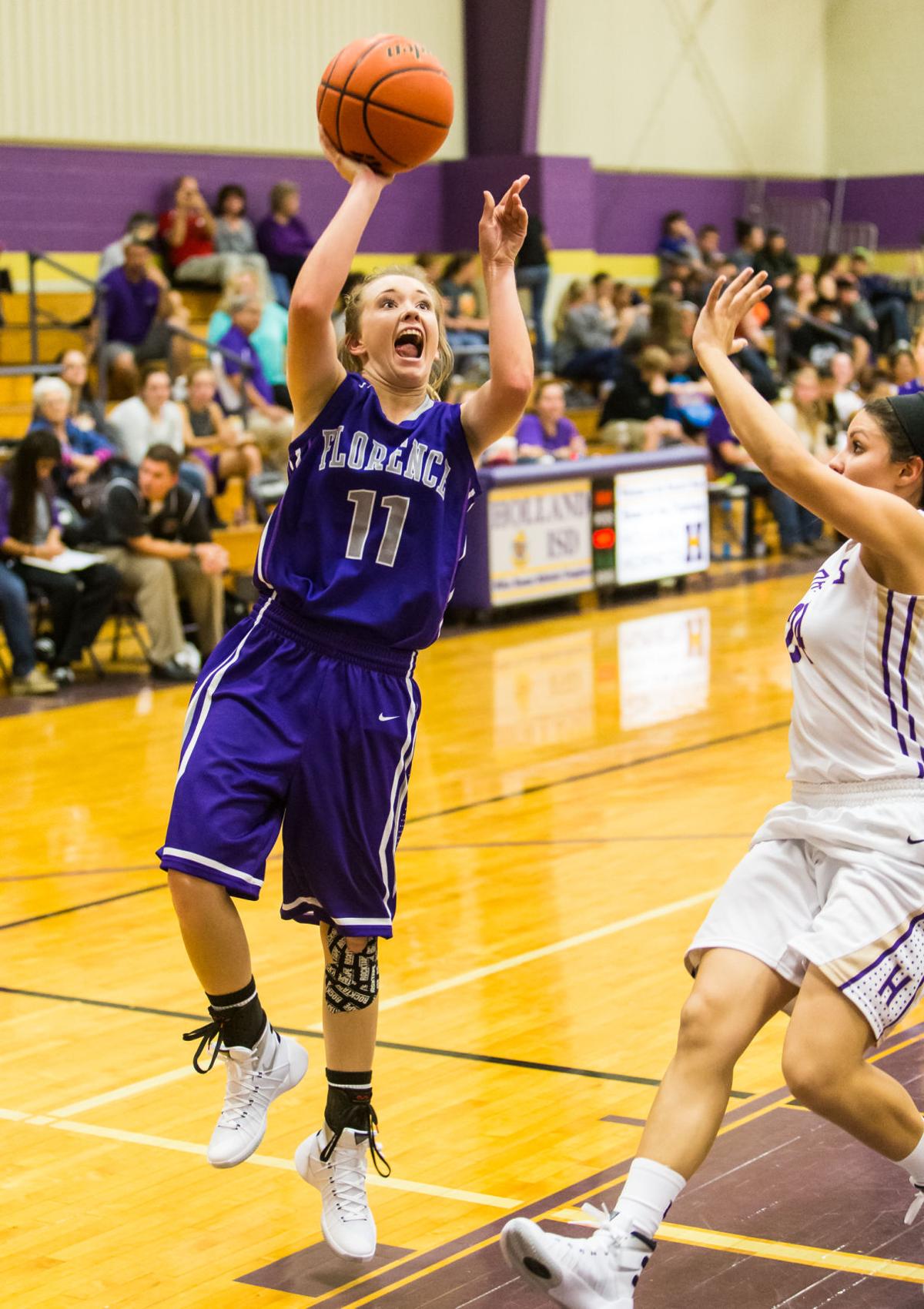 Florence's Mackenzie Futrell (11) tries to position for a shot as Holland's Gracie Shelton (0) defends on Tuesday in Holland.

Florence's Bonnie Weidler (21) brings the ball down court against Holland on Tuesday in Holland.

HOLLAND — The opening game of the girls basketball season brought some lows and some highs for the Florence Lady Buffs, and head coach Drake Stanczak knows that Game 1 is just a jumping off point.

The Lady Buffs opened against an experienced playoff team and still have four games and a tournament before District 25-3A play begins in early December.

“I think we actually played really well as a team,” senior guard Mackenzie Futrell said. “There’s no drama on this team, I just think we made a lot of bonehead mistakes that we shouldn’t be making, but I think we got the jitters out. I think that we’ll be good.”

Futrell and senior Courtney Culp both scored four points as nine different Lady Buffs got on the score sheet.

Despite the score to open the season, Stanczak knows some of the rust will be knocked off with more game play.

“I thought our post players competed down low,” Stanczak said. “A lot of times, we didn’t get the ball into them like we wanted to and I think our guards drove to the bucket hard. Sometimes we turned the ball over since we were driving trying to create things.”

Florence got off to a slow start and had a hard time catching up as Holland scored the first eight points of the game before Juana Macedo provided Florence with its first points of the season after a basket in the paint.

Though Florence got baskets from Culp, Bonnie Weidler and Faulkner in the first half, the Lady Buffs could not put together a consistent run to chip away at the Lady Hornet lead and went into the locker room with a 27-11 deficit. “It’s only the first game and we just started practice about a week ago,” Carranco said. “We still have a long time to go and a lot of things to improve before we get to district.”

The Lady Hornets used its up-tempo style of play to beat the Lady Buffs to better looks down low in the opening half then used ball movement to open up the exterior and hit 44 percent (4-of-9) from 3-point range.

“I think they did beat us up and down the court,” Futrell said. “I think we need to work a little bit on our conditioning, but I think this game helped us a lot and we realize what we’re going to have to deal with when we hit district.”

Following a second-half jumper by Carranco, Futrell added consecutive transition layups to cut the Lady Hornets lead to 34-18, but Florence would not get any closer during the contest.

“I think the more shots you take, the more that will fall,” Carranco said. “You’ve just got to keep your head up and keep shooting and eventually they’re going to fall.”

Florence entered the fourth quarter facing a 42-20 deficit, but got a jumper from Culp, a free throw by senior Gabby Angel and a drive to the bucket by Carranco.

Holland outrebounded Florence 41-19 and had 32 points in the paint to Florence’s 12, but for Stanczak, these are fixable things.

The Lady Buffs play in front of their home crowd for the first time this season when they host Thorndale on Friday. The varsity game is scheduled to tip off at 6:30 p.m.

Just as in the college game, guard play is crucial at the high school level, and the area is full of quickness, athleticism and accuracy in it…