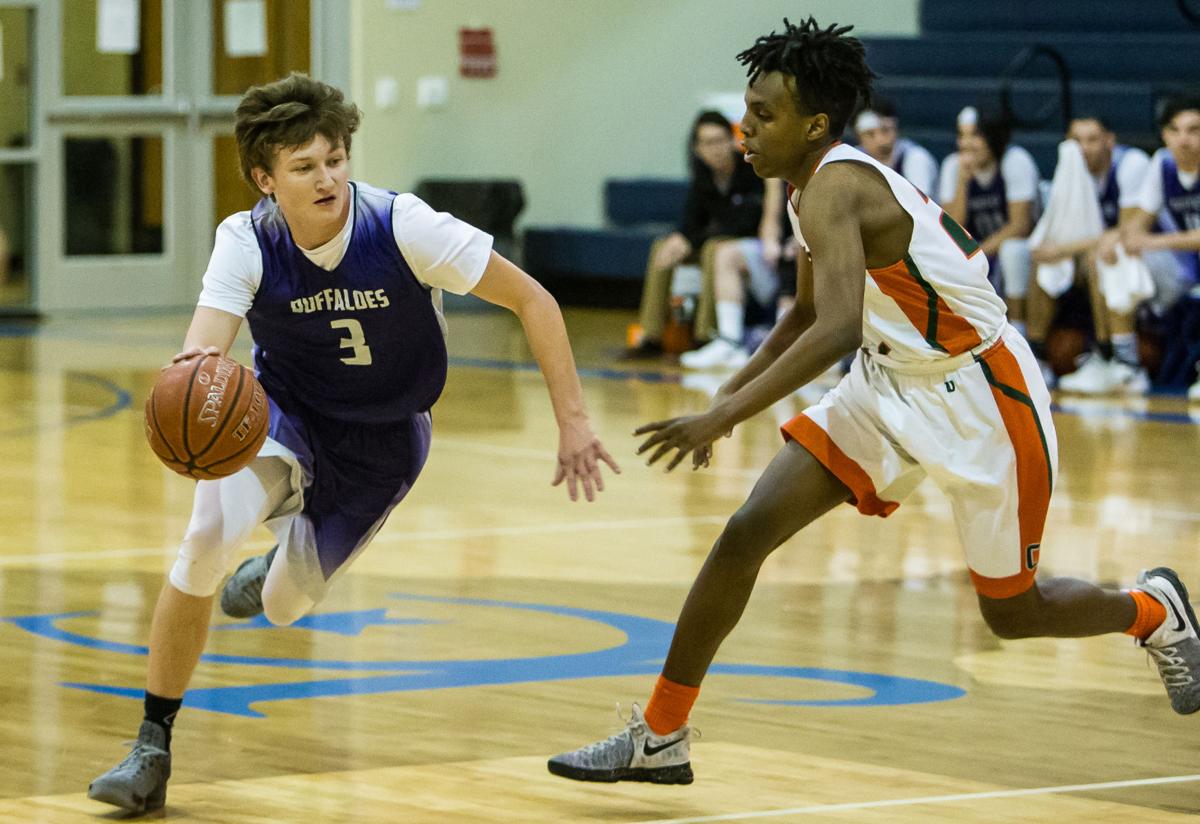 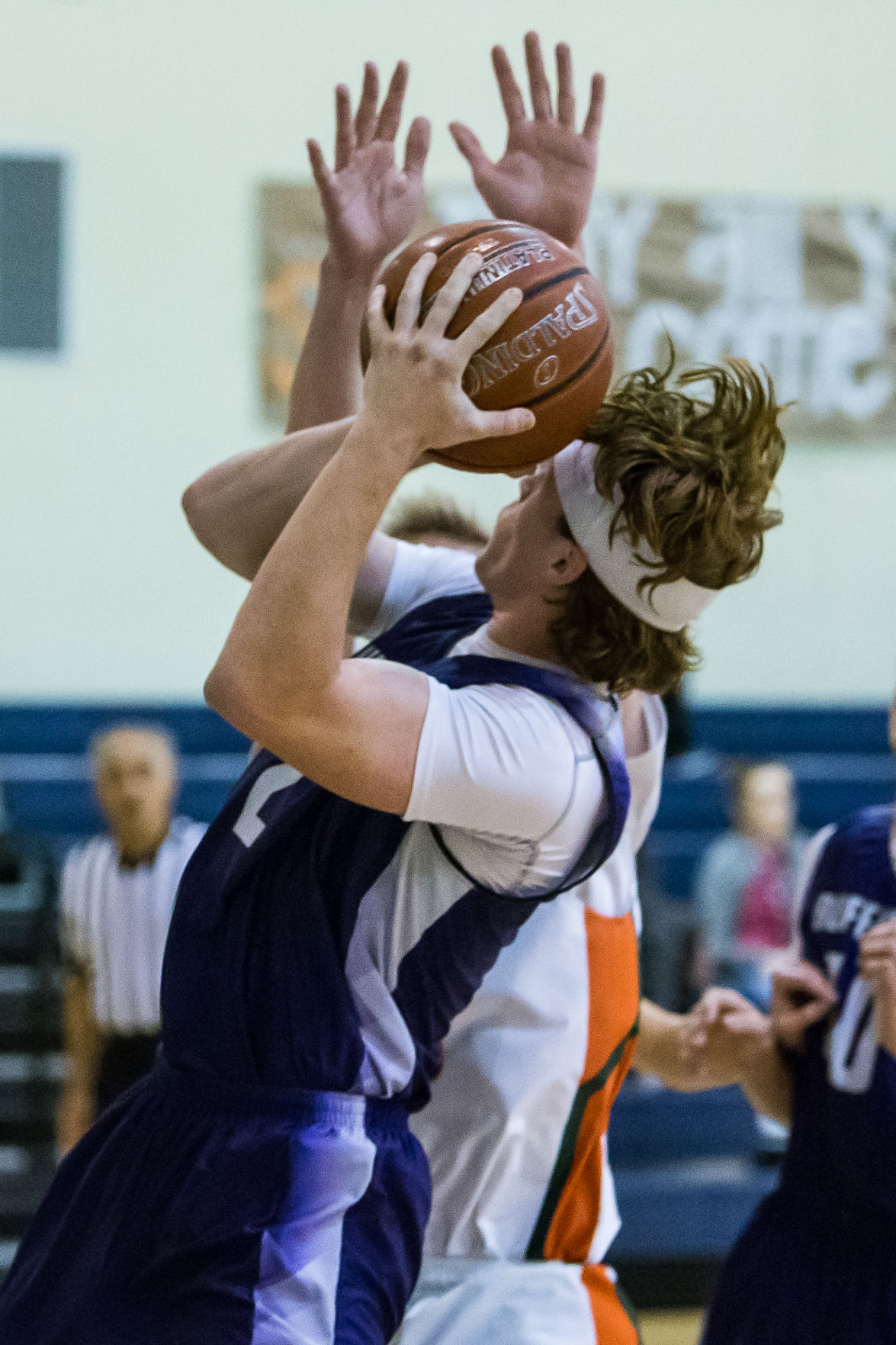 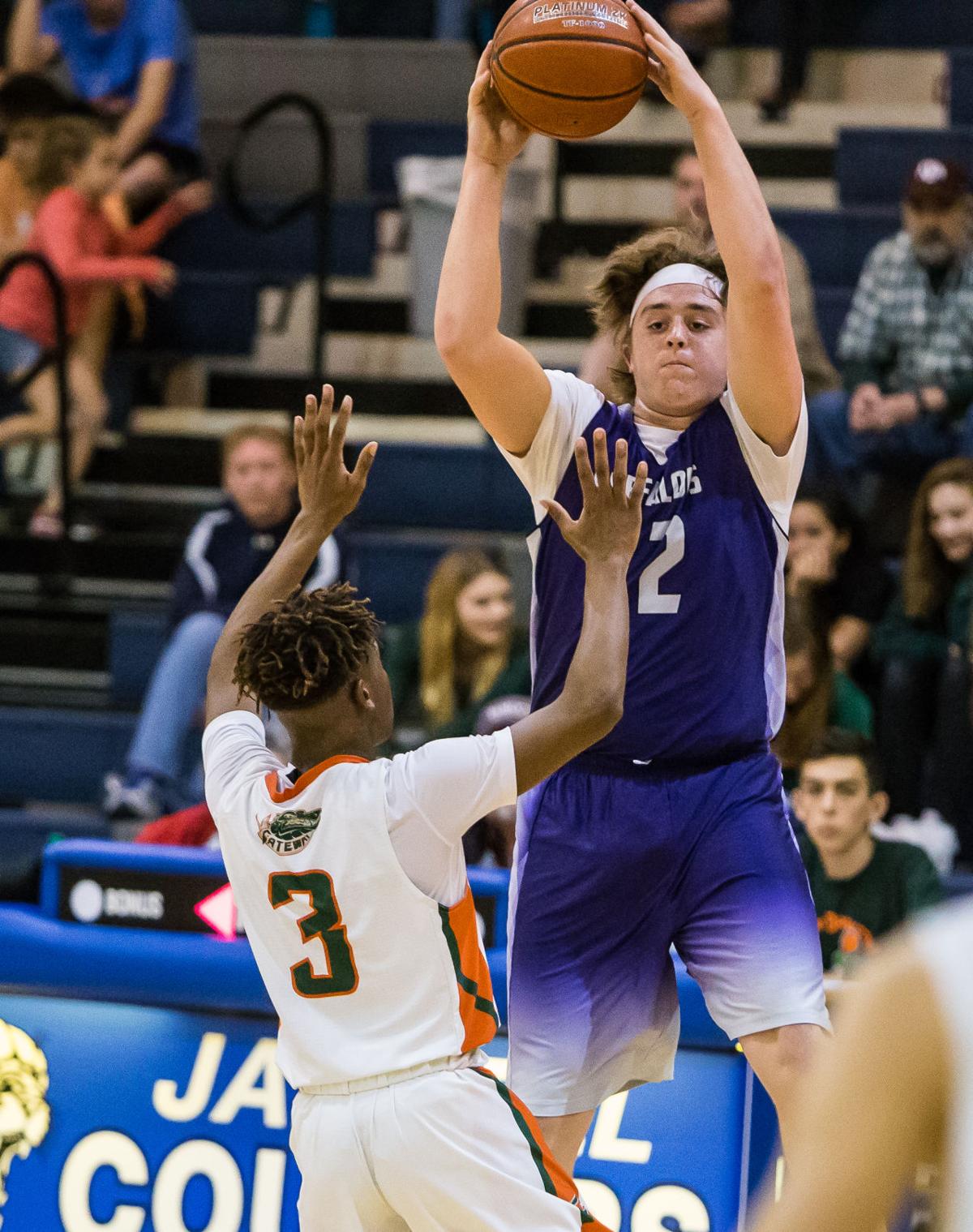 Florence's Matt Edgar (12) looks for a shot or pass as Georgetown Gateway's Corey Byars defends in Friday's District 25-3A play-in game in Jarrell. 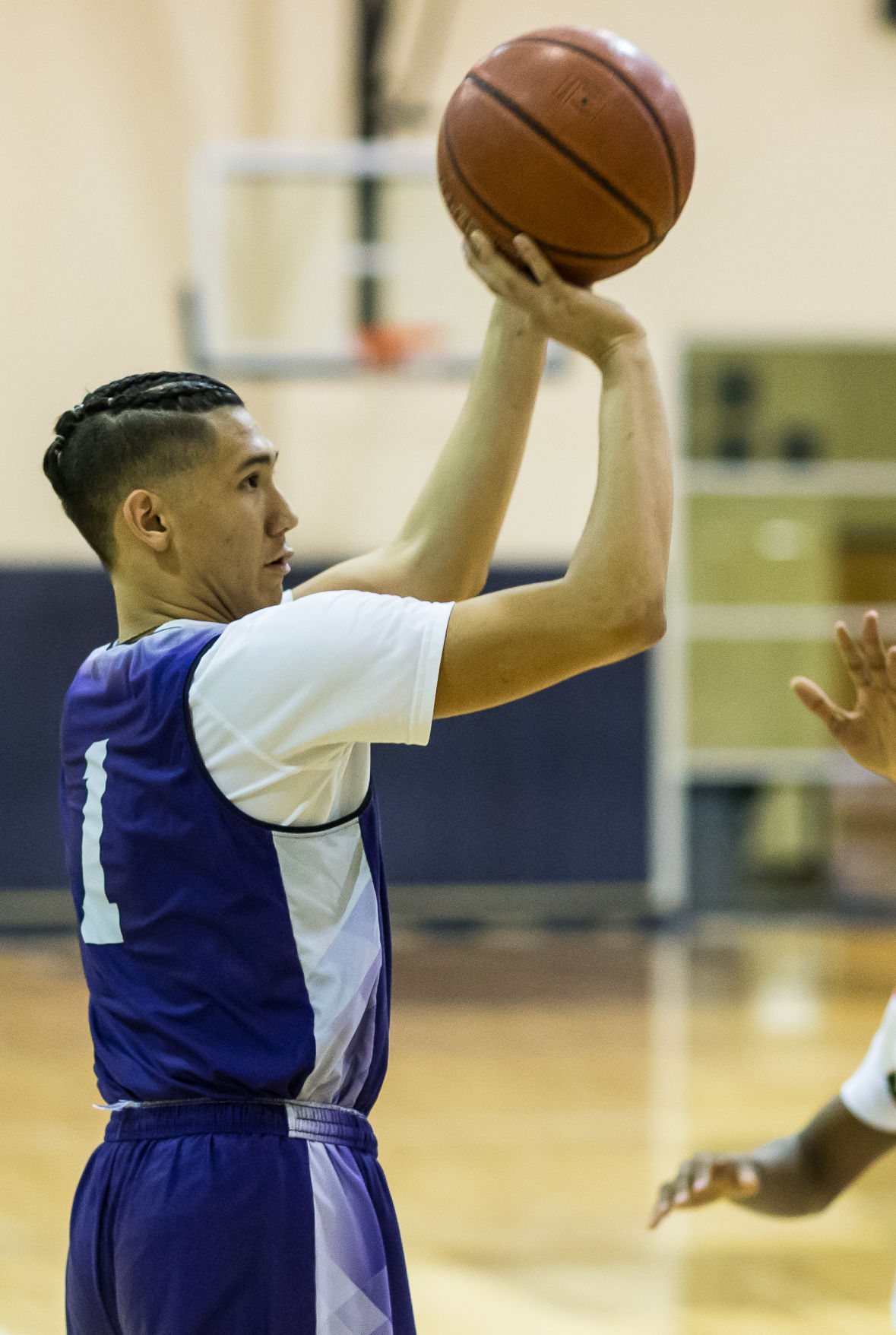 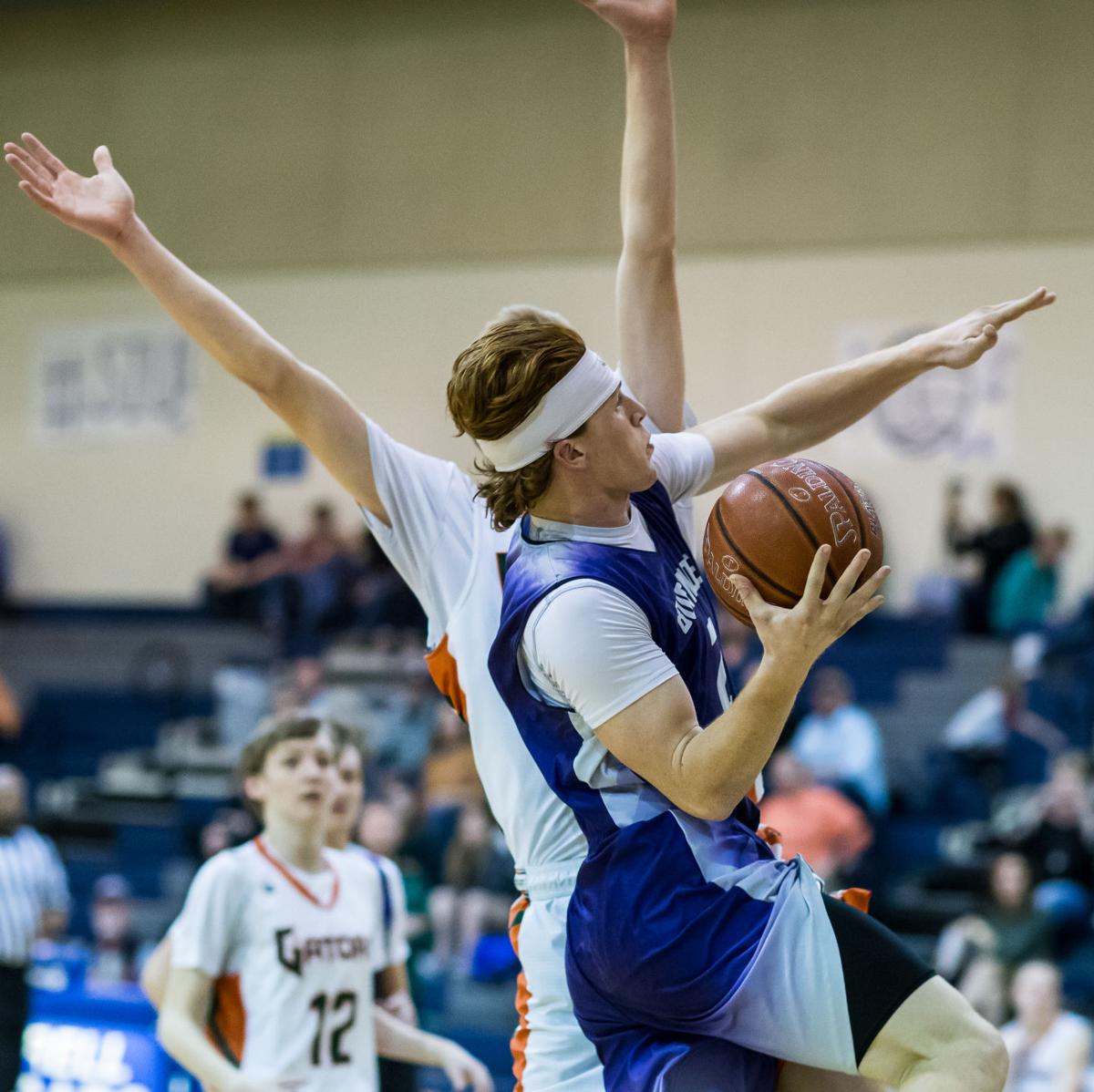 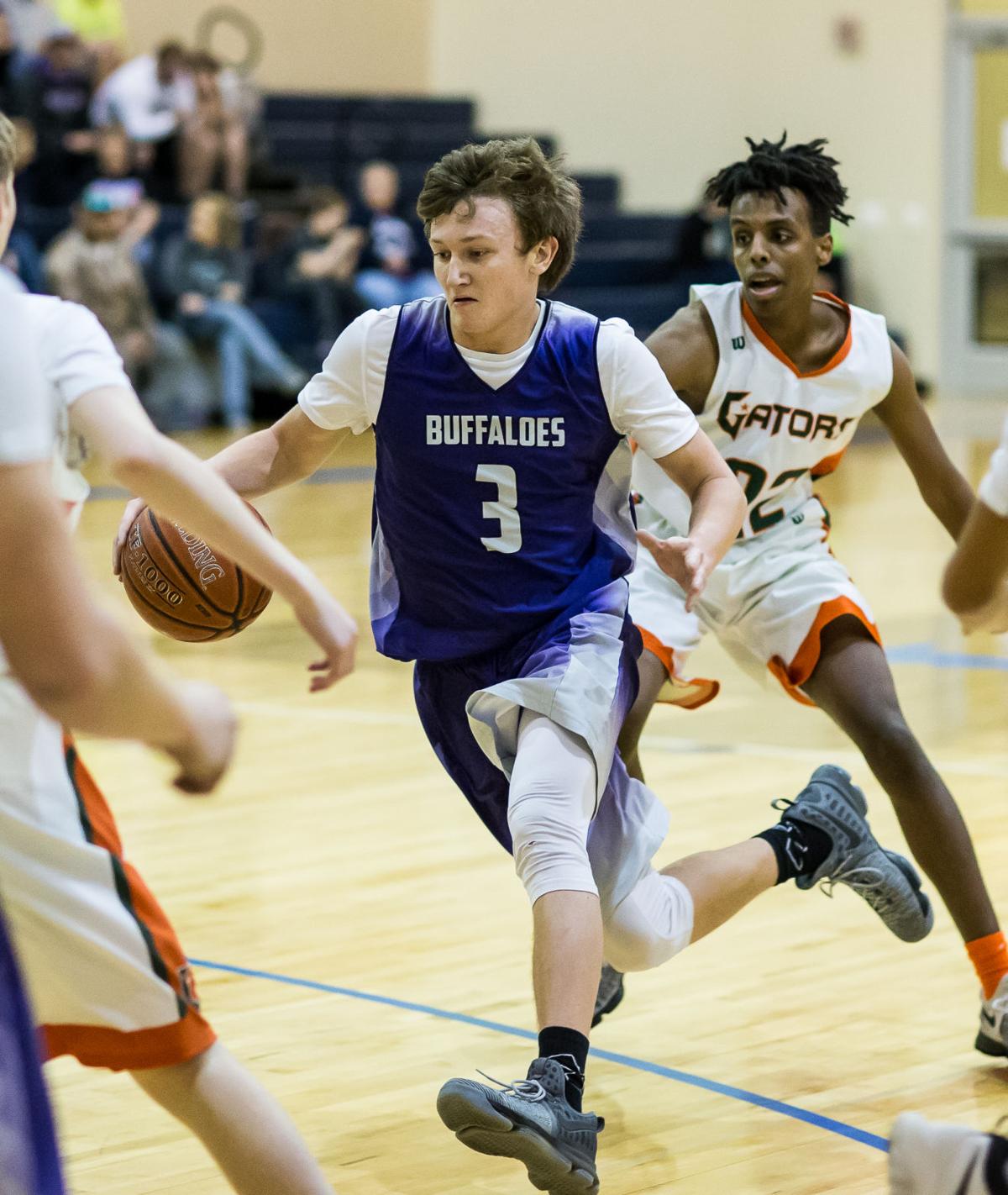 Florence's Landon Byrne (3) takes the ball into the lane against Georgetown Gateway during Friday's District 25-3A play-in game in Jarrell. 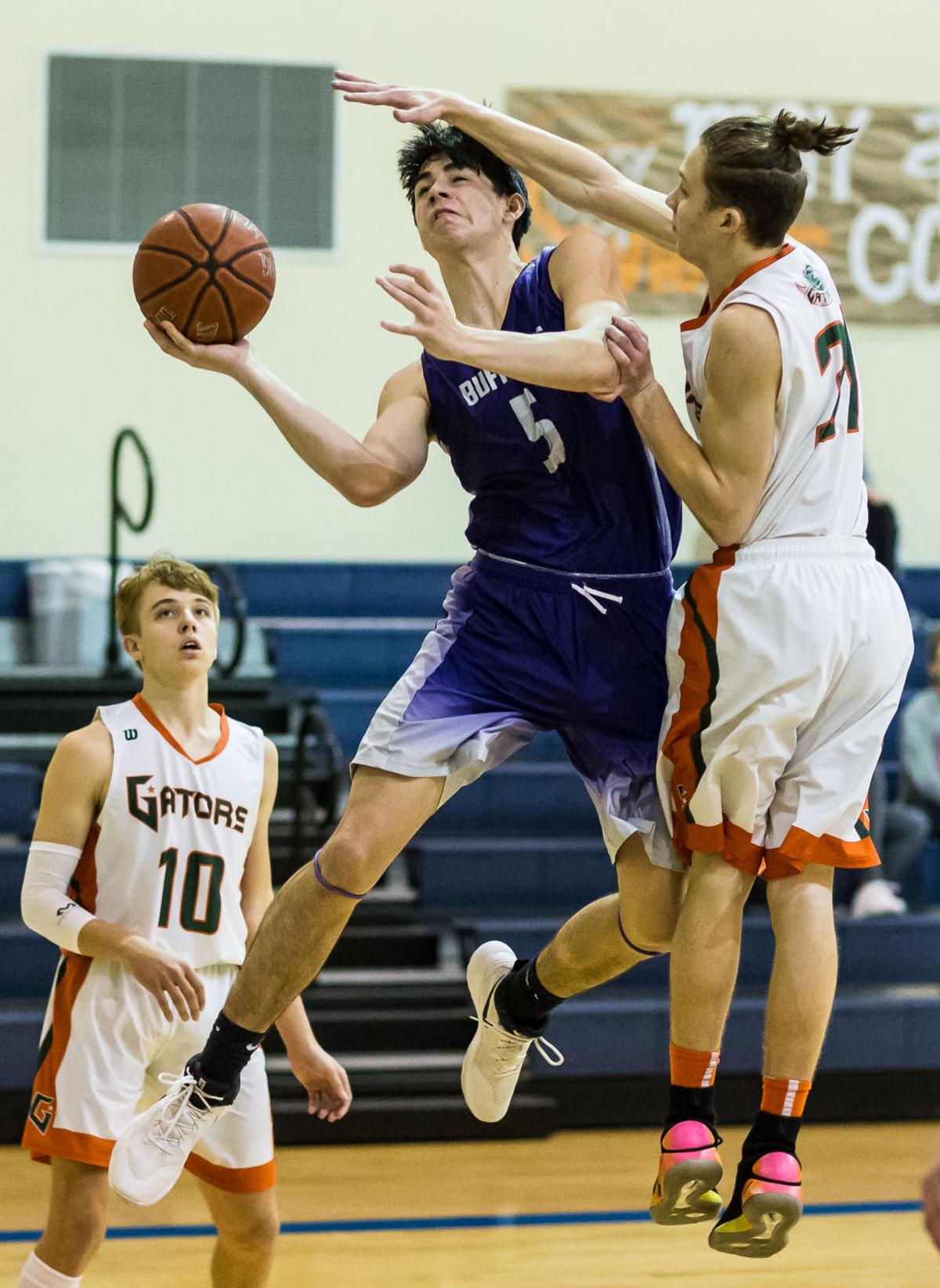 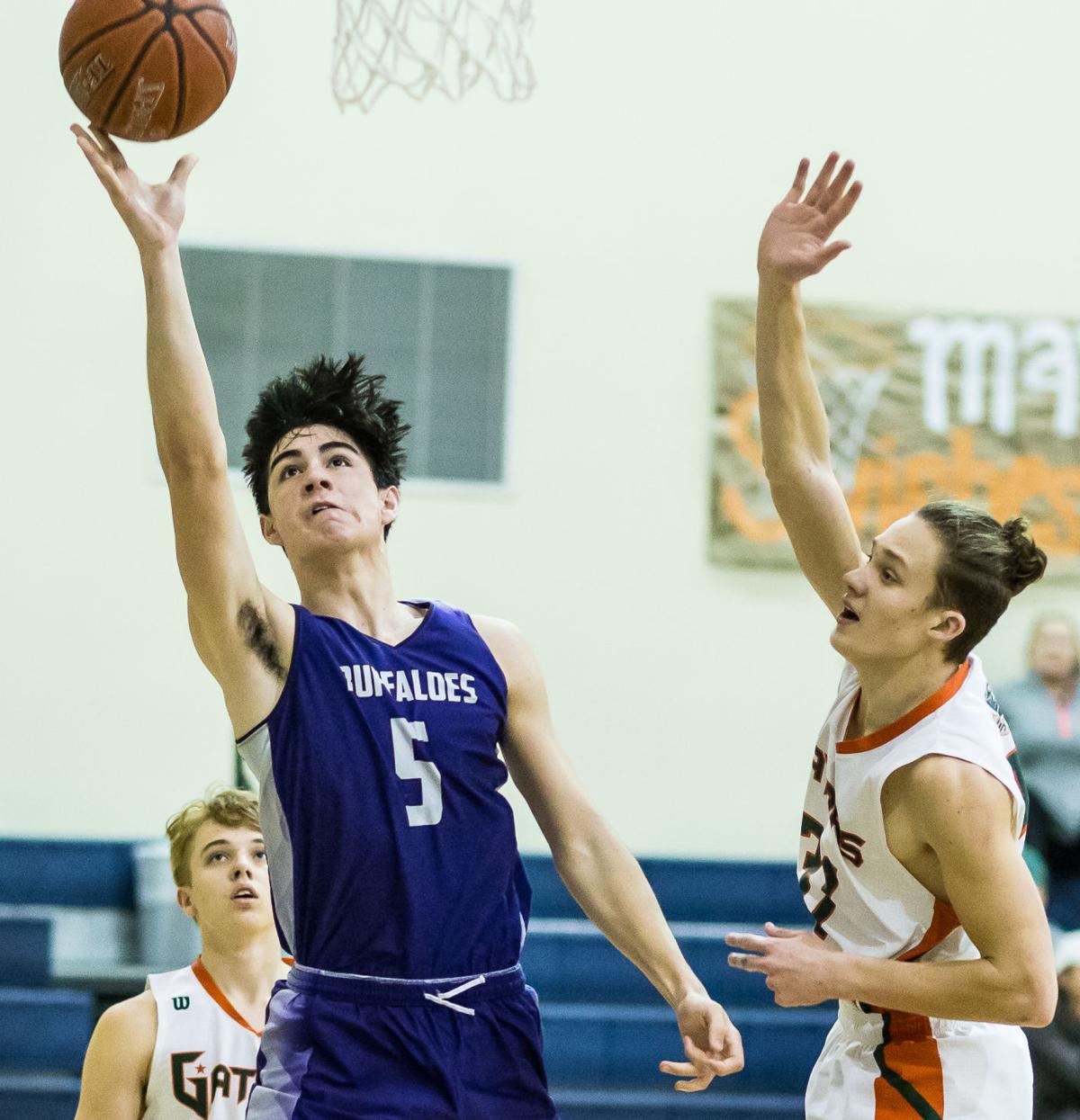 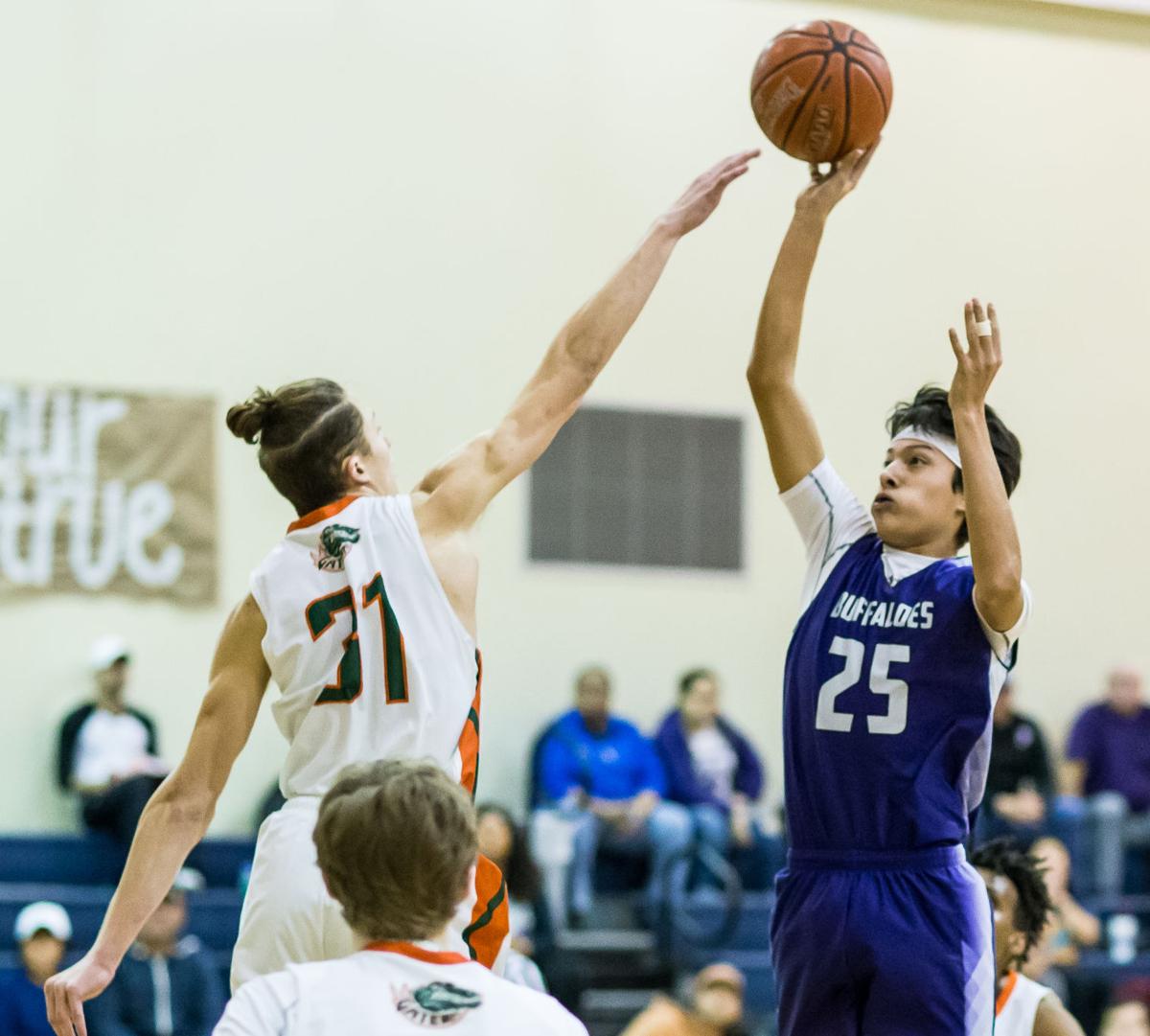 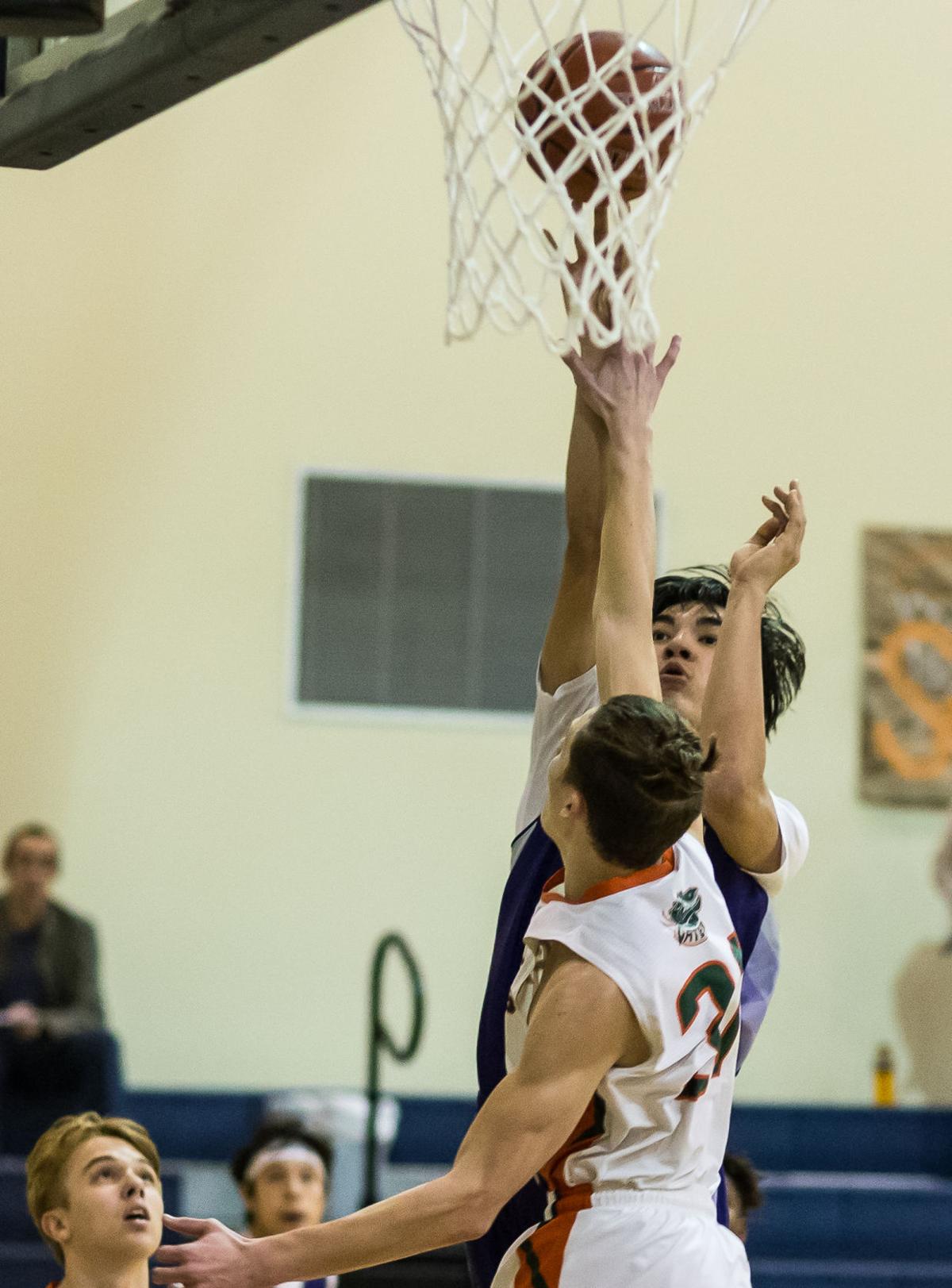 Florence's Matt Edgar (12) looks for a shot or pass as Georgetown Gateway's Corey Byars defends in Friday's District 25-3A play-in game in Jarrell.

Florence's Landon Byrne (3) takes the ball into the lane against Georgetown Gateway during Friday's District 25-3A play-in game in Jarrell.

JARRELL — Florence did everything it needed to except finish.

Requiring a victory to reach the playoffs for a third consecutive year, the Buffaloes went back and forth with District 25-3A rival Georgetown Gateway in a postseason play-in game.

Led by senior C.J. Giddens’ game-high 29-point outburst, Florence prevented the Gators from holding a lead for a majority of the contest, but a 46-41 advantage evaporated in the final two minutes as Gateway rallied for a 51-48 victory.

“We had a lead,” he said, “we were in a good spot, and we just didn’t exercise the patience we needed to down the stretch in order to bleed some time off the clock.

“Then, late turnovers let Gateway back in the game, and eventually, it cost us.”

Outside of falling behind 8-6 in the first period, Florence did not trail until it mattered most.

While the Gators remained within reach throughout the game, closing the deficit to one point on multiple occasions, Florence (11-14, 5-8) always had an answer. But everything changed after Giddens’ fastbreak layup gave his team a five-point cushion with less than 120 seconds remaining in regulation.

Gateway (14-17, 6-7) responded with six unanswered points as junior guard Ethan Miller, who posted a team-high 28 points, connected on consecutive 3-pointers, but the Buffaloes regained the lead with approximately 55 seconds on the clock thanks to a pair of Giddens’ free throws.

It did not last, though, as the Gators opened a two-point advantage, and Florence was unable to score on its final possession before allowing the game’s last point at the free-throw line after fouling to stop the clock.

“We just had some defensive breakdowns toward the end of the game,” Giddens said, “and we let them get some open shots off.

“But when we were up, we were still trying to force shots instead of just running the clock out.”

The loss leaves Woods wondering exactly where to go from here with graduation set to steal five starters from his roster, including Giddens.

“He’s the one that makes us go with his effort, strength and desire to win,” Wood said. “He’s irreplaceable.

“I don’t know what I’m going to do without these guys, but I guess we’ll just rebuild and go on. There’s not much other choice.”

Giddens echoed the sentiments after concluding his high school career.

“There are always things we could have done better,” he said, “and we made some mistakes, but I wouldn’t choose any other teammates out of anybody in the state.

“They are my brothers, but now this chapter has to end and another one begins.”