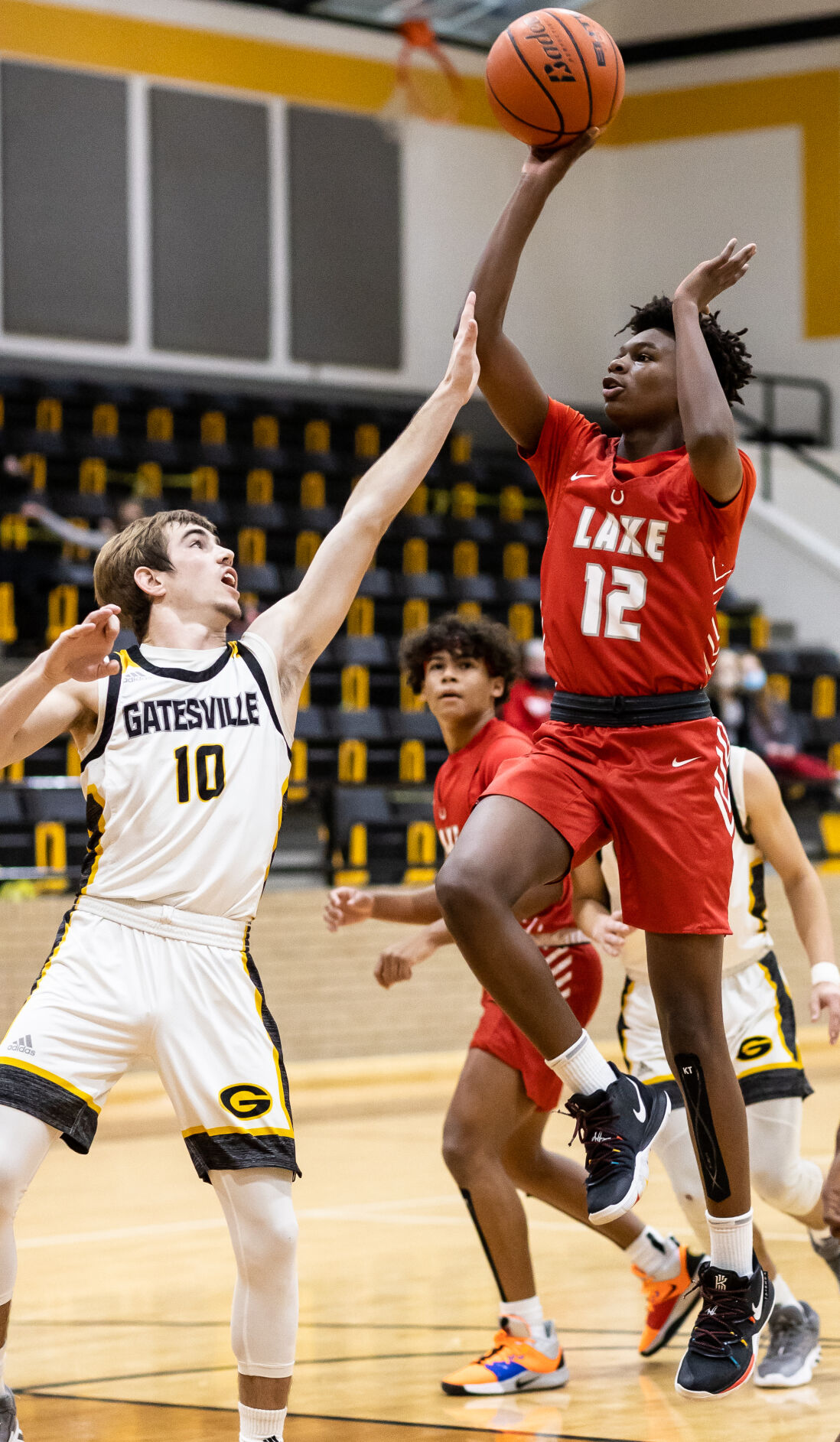 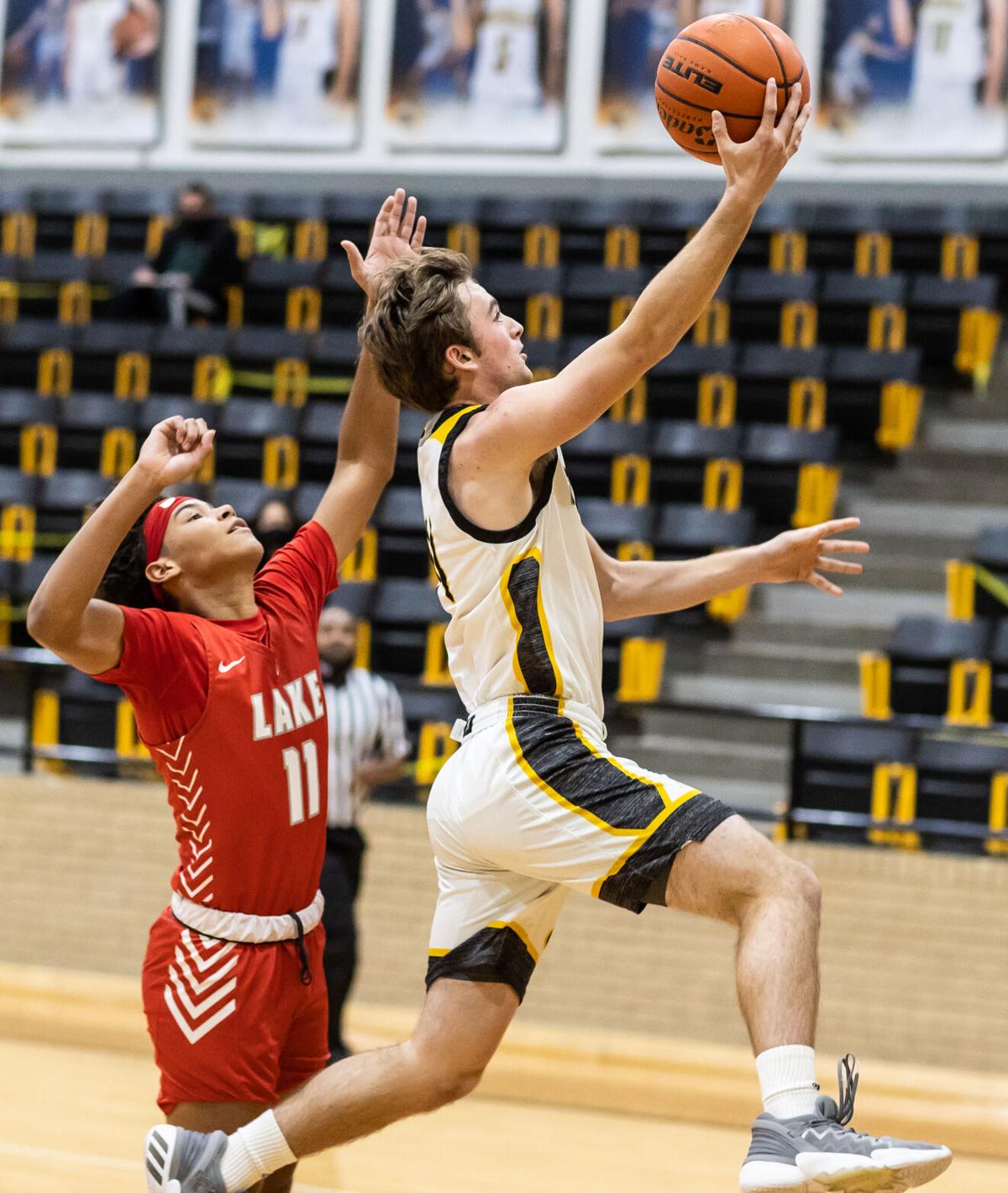 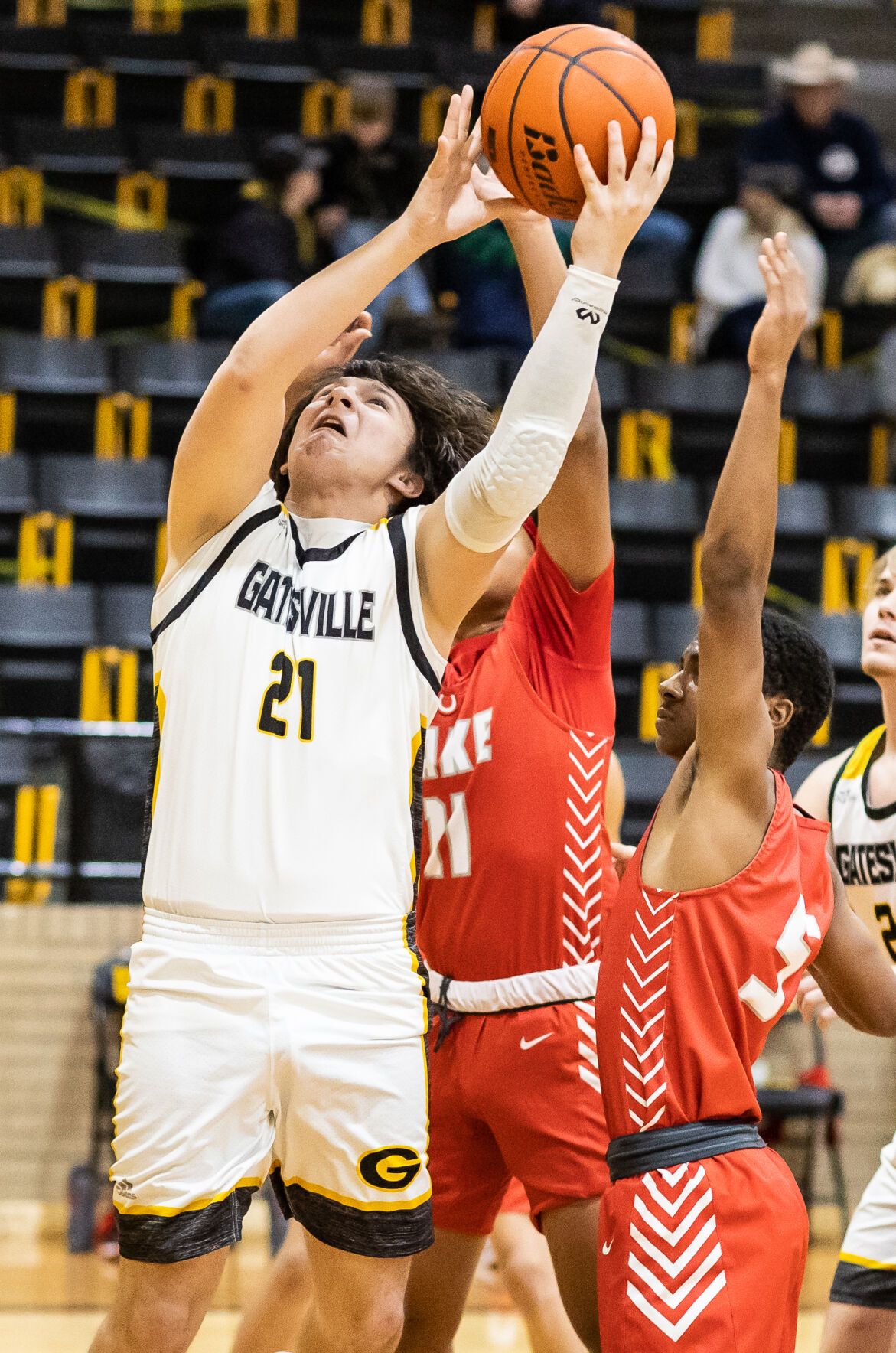 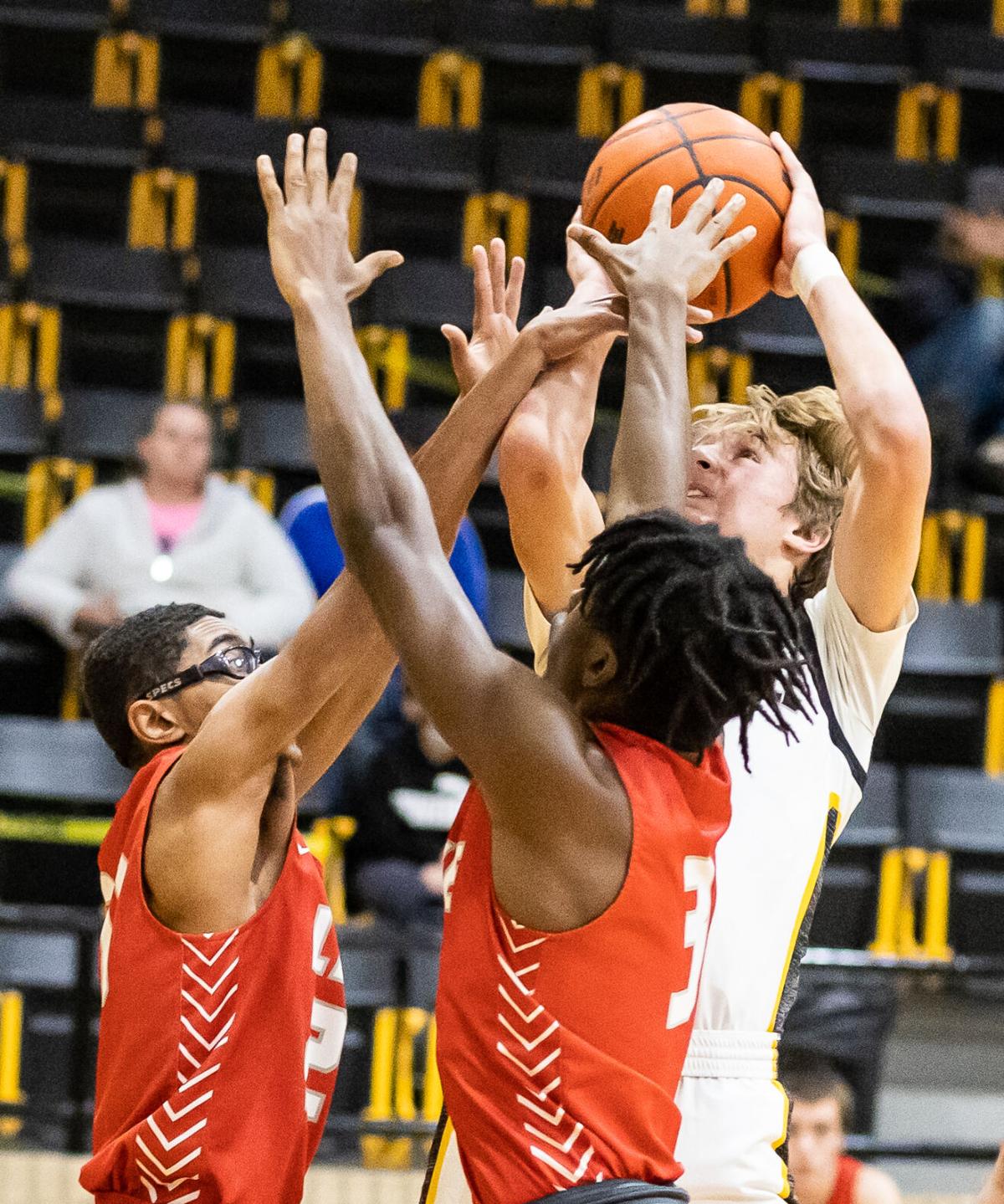 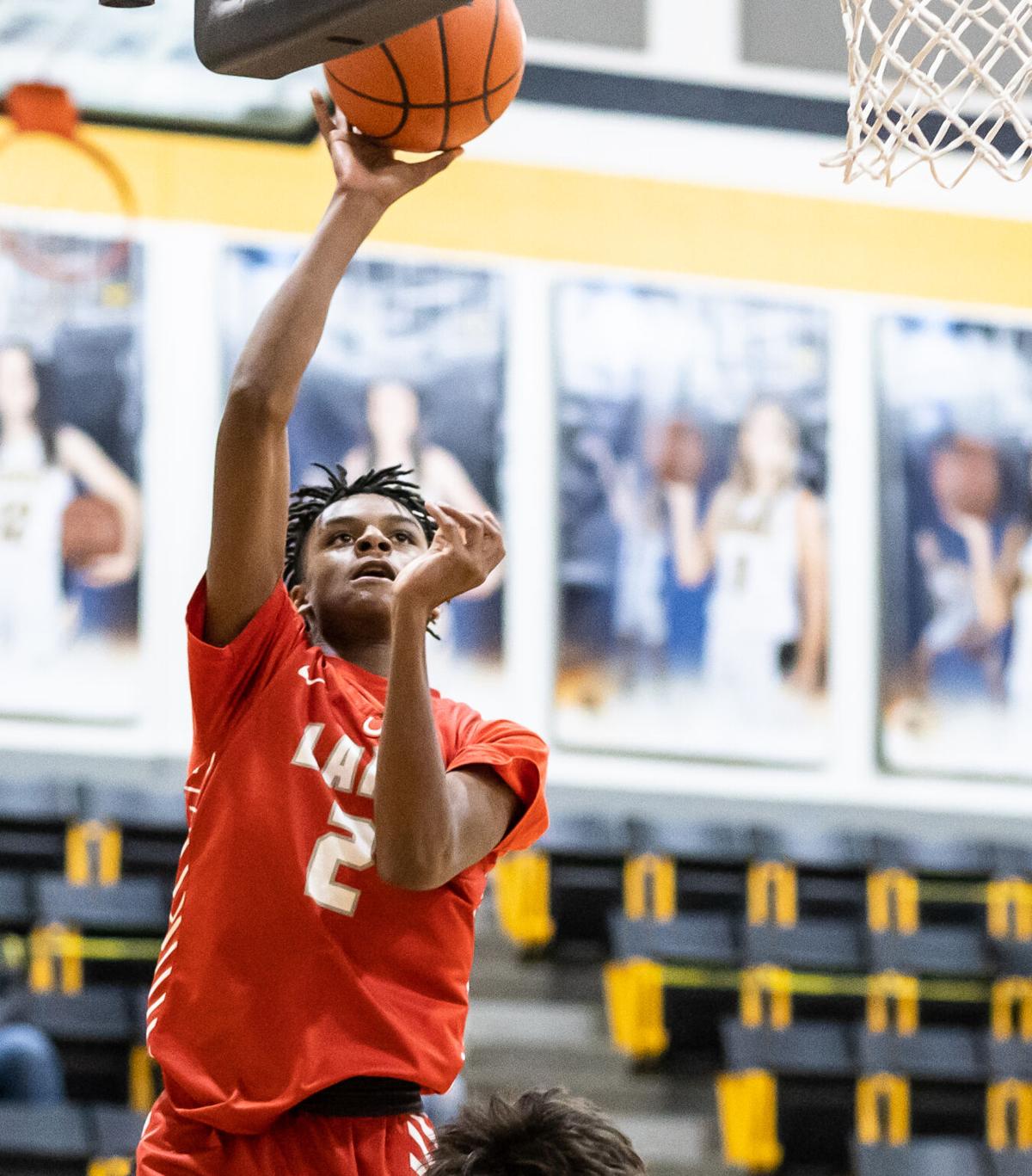 Lake Belton's Selman Bridges (2) shoots from under the basket against Gatesville at Gatesville High School on Friday. Lake Belton won 54-53. 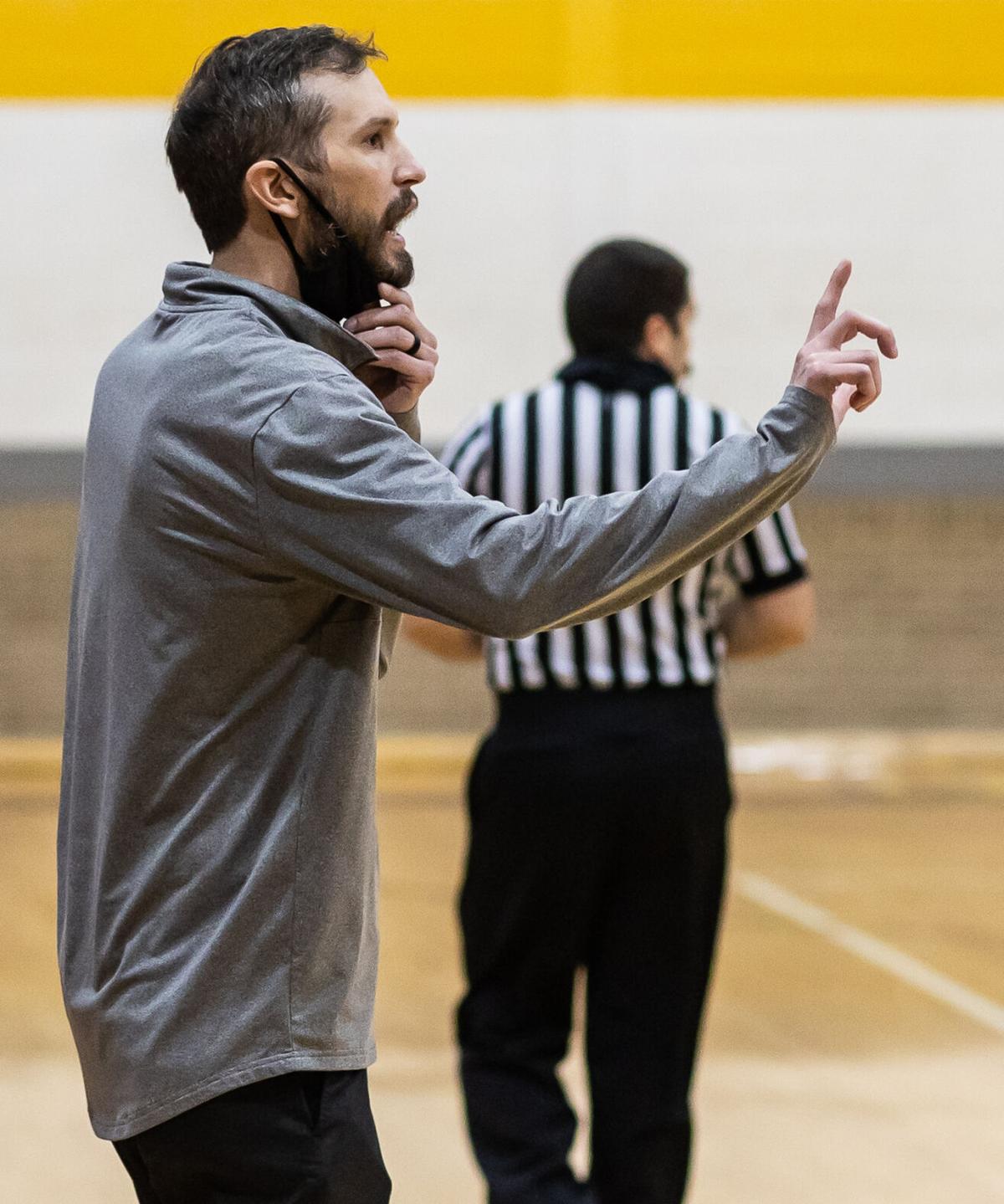 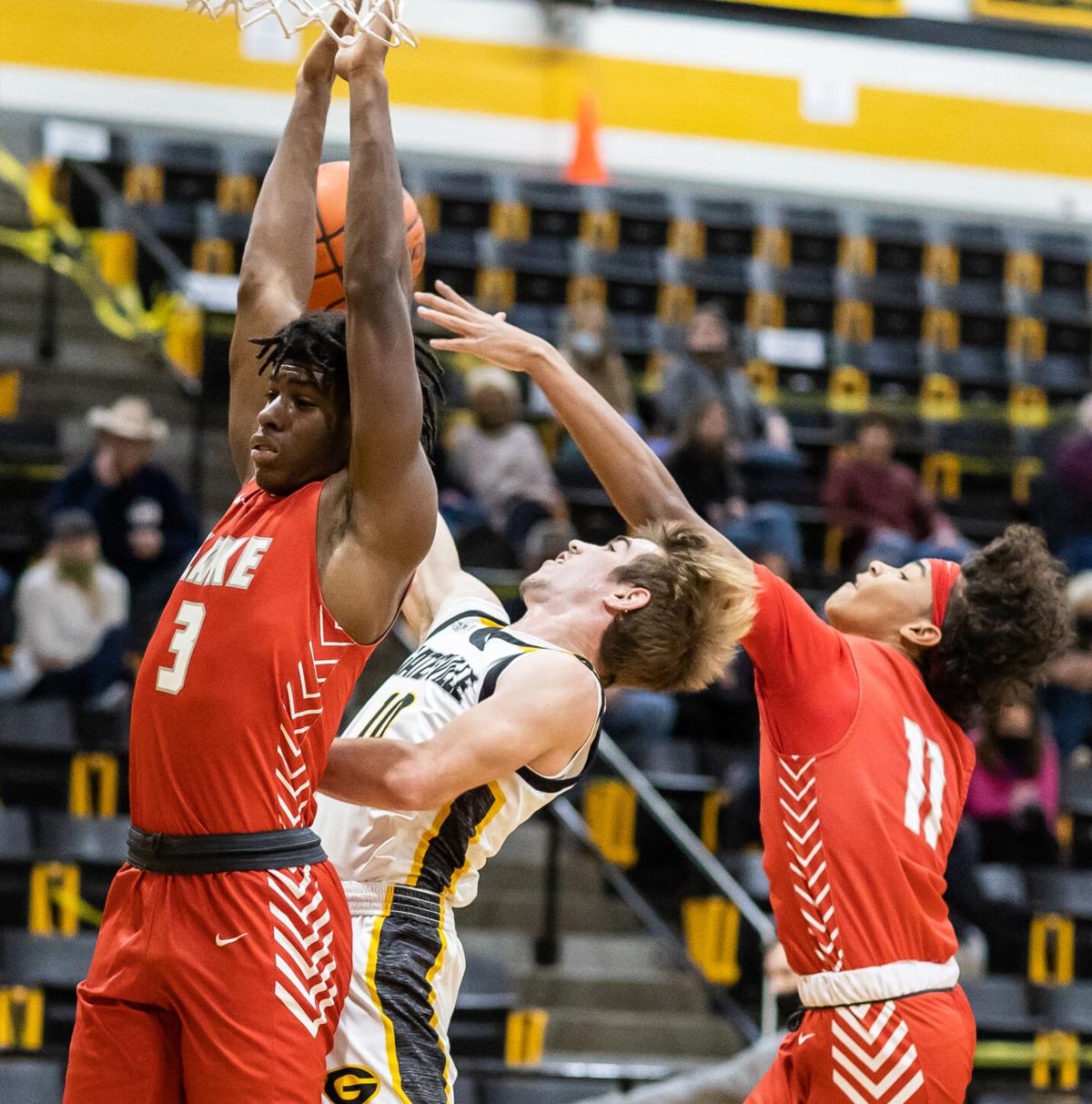 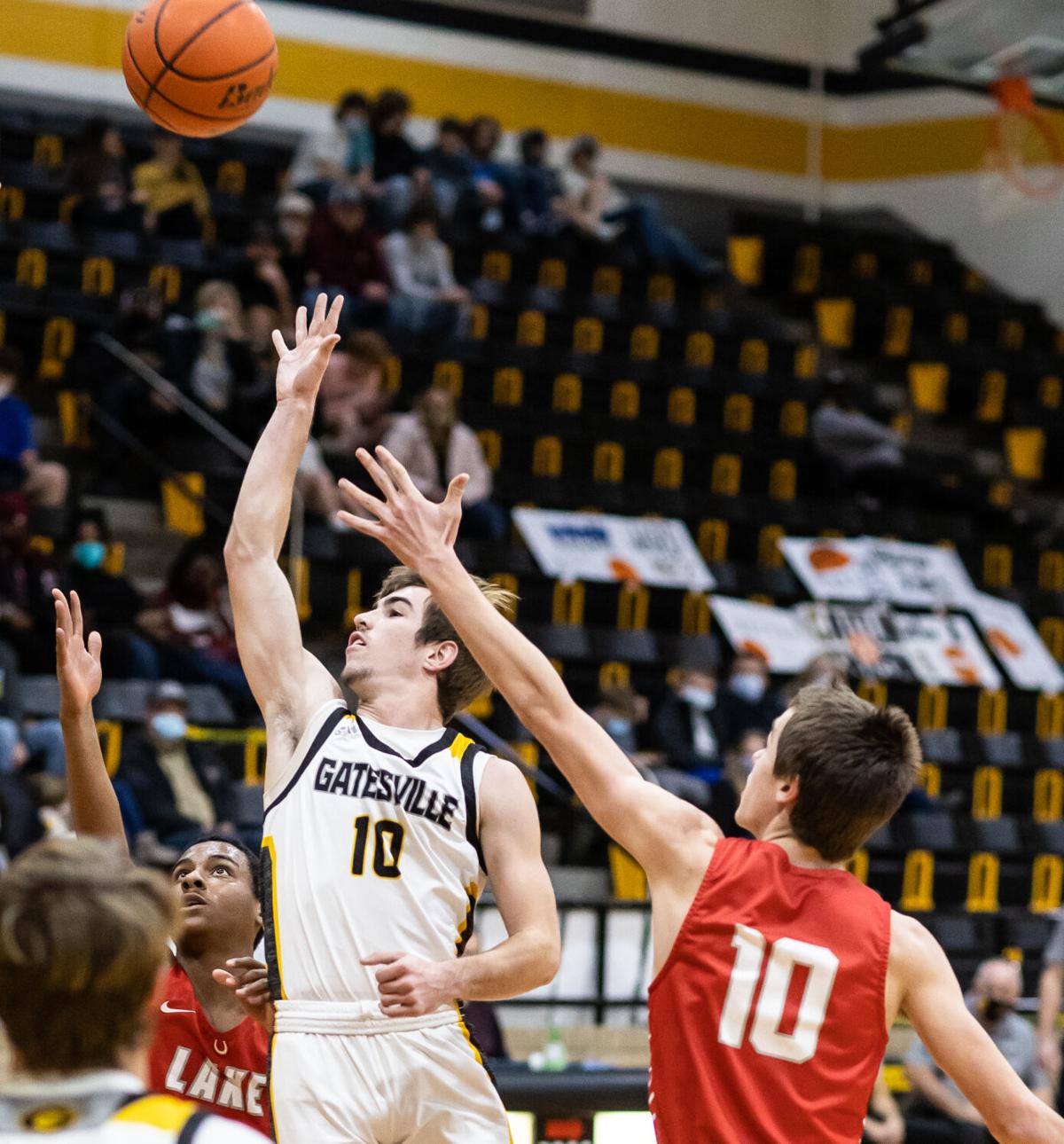 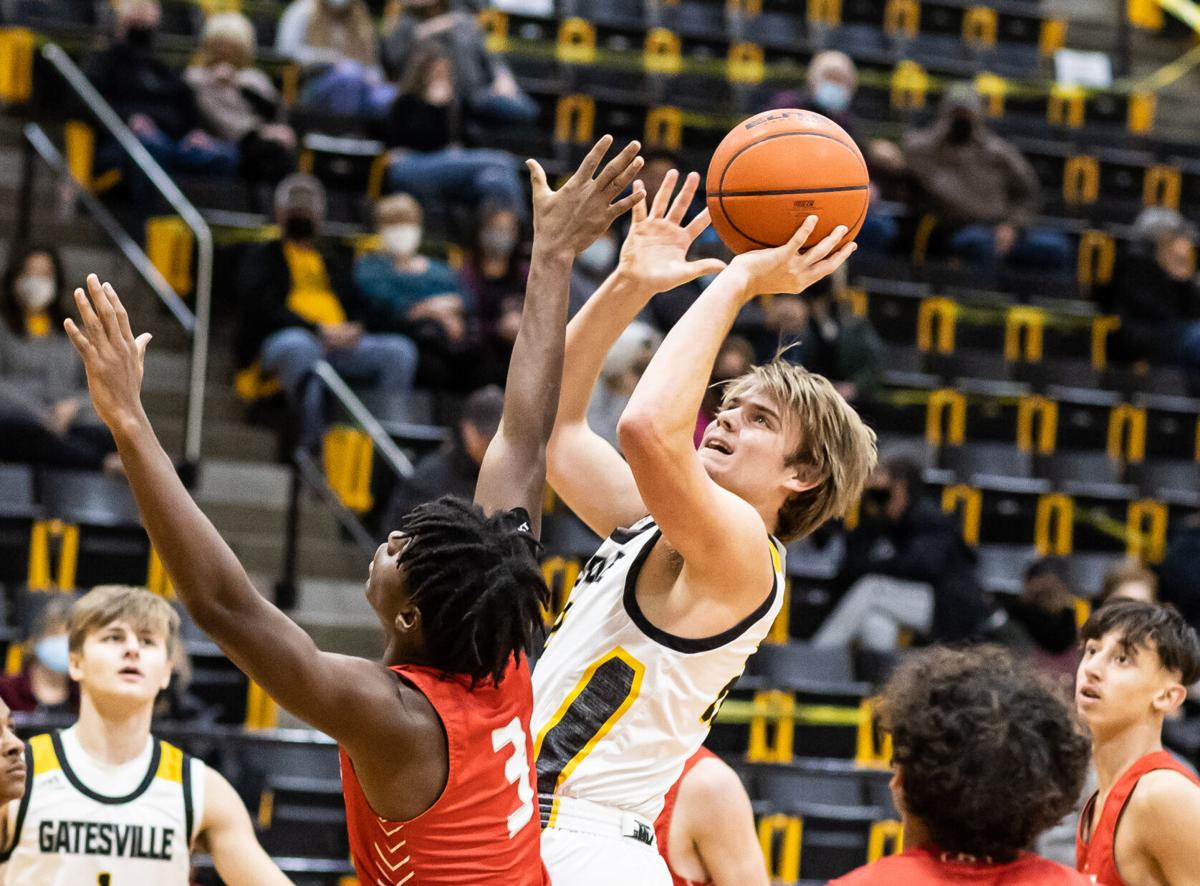 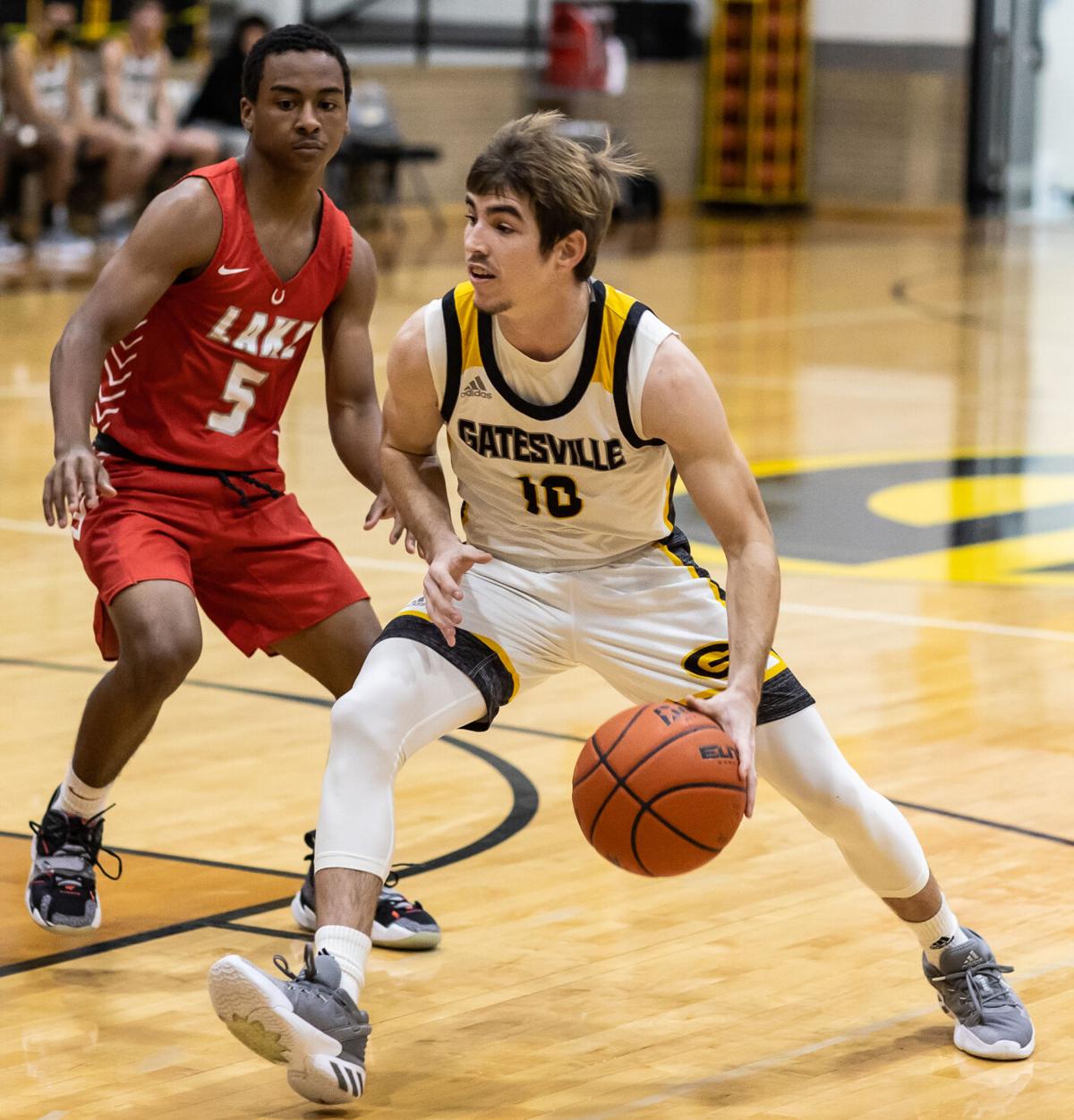 Lake Belton's Selman Bridges (2) shoots from under the basket against Gatesville at Gatesville High School on Friday. Lake Belton won 54-53.

GATESVILLE — Brit Campbell knows his team has the ability to rally. He just wishes it was not necessary.

Gatesville returned to the court for the first time in two weeks Friday afternoon, looking to open the new year by snapping its eight-game losing skid against visiting Lake Belton.

Despite climbing out of an eight-point hole in the final 2 minutes of the contest, it was not enough to avoid defeat as the Broncos escaped Gatesville with a slim 54-53 victory, and while the outcome was

disappointing, the effort was not, according to the Hornets head coach.

“They always show fight,” Campbell said. “My guys never give up, and I’ve always complimented them on how hard they play.

“We just can’t afford to have the mental lapses throughout the game that drop us behind. If we could ever play a complete game, we’d be fine, but we’re not quite there yet.”

After playing a back-and-forth contest, the Hornets entered the fourth quarter with a 36-35 advantage, but Lake Belton posted 15 of the period’s first 21 points to create a 50-42 cushion.

seconds left on the clock.

The Broncos, however, took advantage at the free-throw line, making three of four attempts as time was dwindling, and Gatesville (2-11) could not connect on a potential game-tying 3-pointer before the buzzer sounded.

“Lake Belton played really well,” Edwards said. “We have to give credit to the coach and players, they played better than us down the stretch.

“This is a growing process for us. So, we need to let this sink in for a little bit and then move on.”

The junior scored 14 of his game-high 16 points in the second half and grabbed seven rebounds, but he had plenty of help as eight of the nine Hornets to enter the game contributed offensively.

A junior varsity player earlier in the season, Allman tallied four of Gatesville’s eight first-quarter points, helping the Hornets take an 8-7 advantage into the second quarter after trailing 5-0. The teams were never

separated by more than four points during the duration of the period with Gatesville leading 23-21 at halftime.

The third quarter was more of the same, but the trend ended in the fourth quarter as the Broncos embarked on their scoring surge.

“We definitely got something out of this game,” Campbell said. “This is great learning for us as we start getting ready for district. We’ve got some young guys, including two sophomore starters, and we’ve got a lot of learning to do.

“So, this is great for us to be able to play against athletic, solid teams and get the experience.”

The Hornets return to action today, playing at Jarrell before hosting Burnet on Tuesday and traveling to compete at Robinson (Friday) and at Waco Live Oak Classical (Jan. 9) to conclude their nondistrict schedule.

District 6-4A play begins Jan. 12 at Brownwood, and regardless of what happens in the days leading up, Allman is confident Gatesville will be mentally prepared.

“We’re always going to just keep playing hard,” he said. “That is what’s best for this team.

“We have to have a competitive mindset. If we didn’t, we never would have given ourselves a chance to come back today.”

GATESVILLE — Ryan Ocheskey is not making excuses. He is accepting reality.