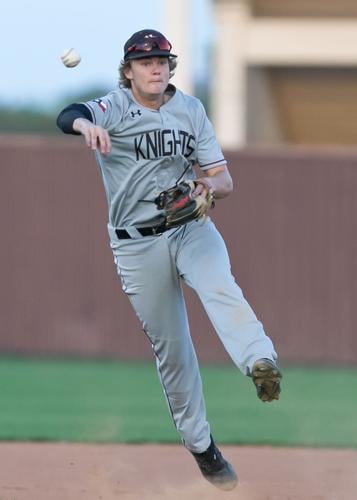 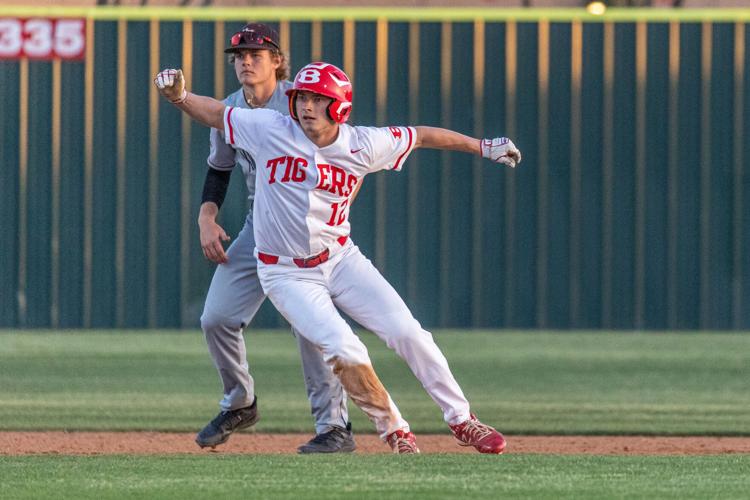 Belton's Mason Ramm (12) takes a big lead off of second base in front of Harker Heights' Easton Culp (10) on April 14 in Belton. 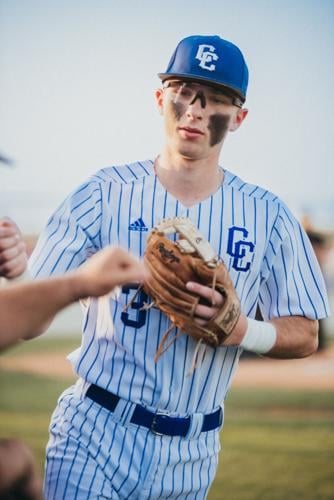 Texas Tech commit Travis Sanders of Copperas Cove takes the field for Game 2 of a bi-district best-of-3 playoff series against Waco Midway on May 6 in Copperas Cove. 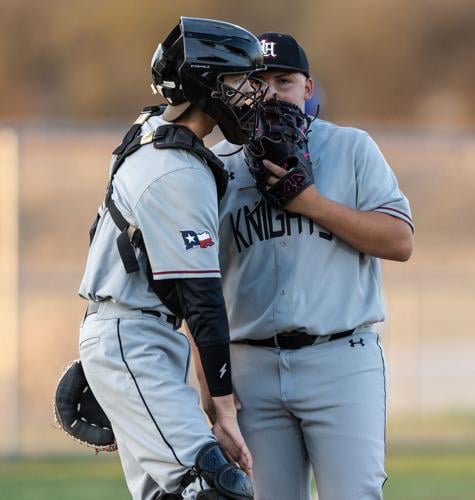 Harker Heights' catcher Tanner Wells, left, meets with Joseph Marin on the mound during a game against Copperas Cove at Copperas Cove on Friday, April 1, 2022.

Belton's Mason Ramm (12) takes a big lead off of second base in front of Harker Heights' Easton Culp (10) on April 14 in Belton.

Texas Tech commit Travis Sanders of Copperas Cove takes the field for Game 2 of a bi-district best-of-3 playoff series against Waco Midway on May 6 in Copperas Cove.

Harker Heights' catcher Tanner Wells, left, meets with Joseph Marin on the mound during a game against Copperas Cove at Copperas Cove on Friday, April 1, 2022.

Easton Culp waited for this moment.

Growing up as the son of Harker Heights’ head coach, Culp was part of the program long before ever putting on a uniform. Privileged to witness the inner workings from up close, he watched and learned as some of the Knights’ standout players passed through, including two-time all-district most valuable player Daniel Cole.

Before ever playing a high school game, the shortstop/pitcher understood his destiny.

“I set a bunch of goals for myself coming into my freshman year,” Culp said, “and being named MVP was definitely one of them. I got to watch a lot of great players come through Harker Heights, and after seeing Daniel win it back to back, I knew I wanted to get one.”

Now, his wait is over.

On the heels of an impressive senior season, Culp achieved his longtime goal by recently being named 12-6A All-District Most Valuable Player, and while the accolade is cherished, he does not want to be defined by it.

“It feels great to win this,” Culp said, “but I just hope I was a great example for all our underclassmen and anybody else who is coming into the program. I hope I showed them that you can set high goals and achieve them if you put in the work.

“That is really fulfilling, and I feel that is my biggest accomplishment.”

Culp posted a .345 batting average with 29 hits, including seven doubles, to go with 29 runs scored and 15

RBIs. On the mound, he struck out 14 batters in 10 innings pitched, earning a victory and two saves.

Despite the Knights finishing third in the final district standings, Culp’s performance could not be denied, and he was not the only Harker Heights player recognized with a superlative.

Undefeated district champion Bryan emerged with a pair of superlatives as senior Mason Ruiz was named pitcher of the year and sophomore shortstop Mason Garcia was named newcomer of the year.

Copperas Cove did not place a player on the first team after a fourth-place showing but captured the remaining superlative as senior shortstop Travis Sanders was named offensive player of the year.

“I was pretty excited when I found out,” Estrada said. “I knew I had a pretty good pitching performance this season, so it was great to see I made the team.

“I just tried to stay calm on the mound, and if I had runners on base, I just focused on the next batter.”

For Conroy, the Tigers’ acknowledgements were well deserved.

“You always want the players on the field with you to get recognized,” he said, “and a lot of our team was seniors. We have a huge bond because a lot of us have been playing together since we were 5 years old.

“It is great to end the season this way with all of them.”

HARKER HEIGHTS – The Harker Heights Knights opened the 6A playoffs with perhaps their best all-around performance of the season on Friday.