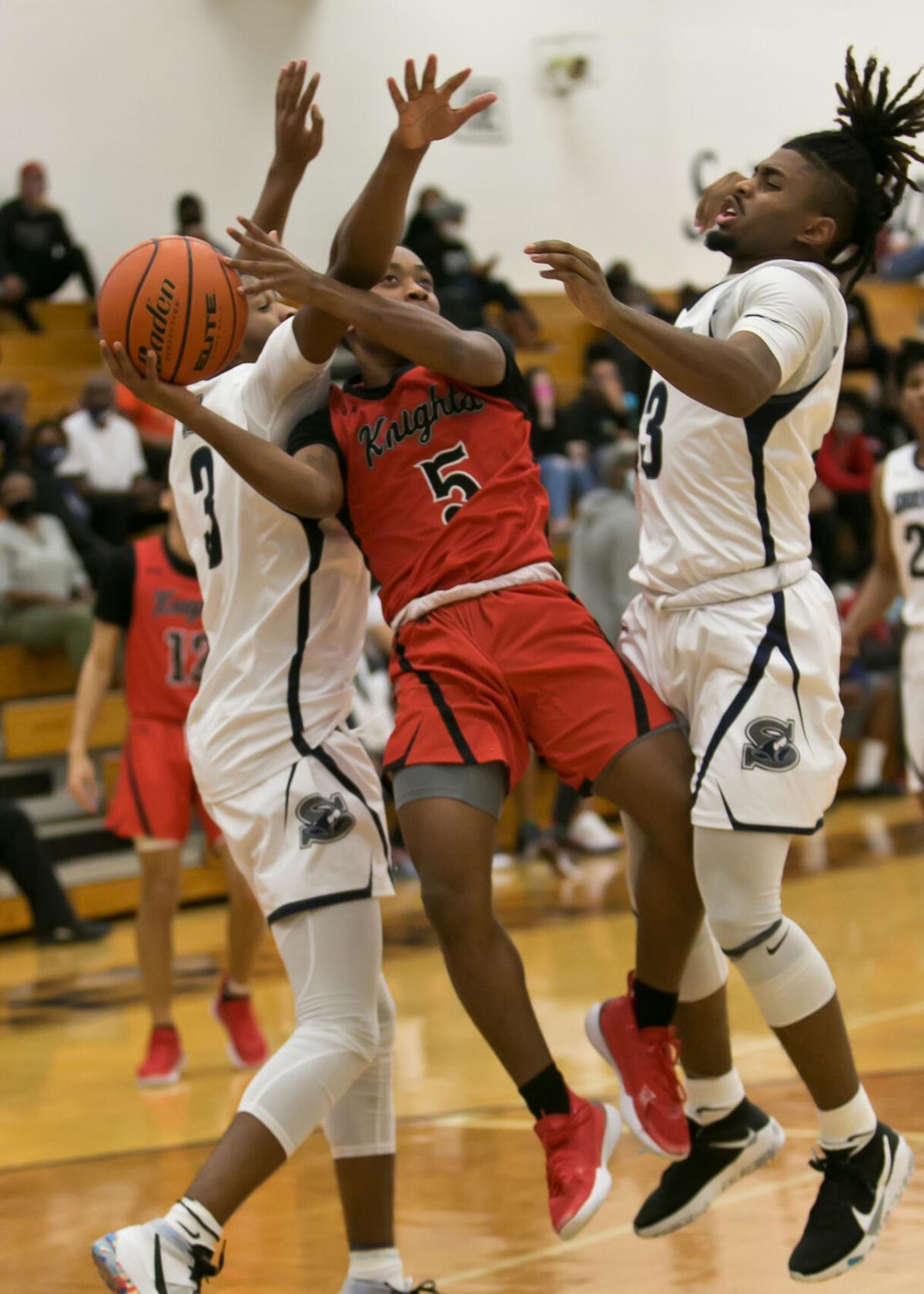 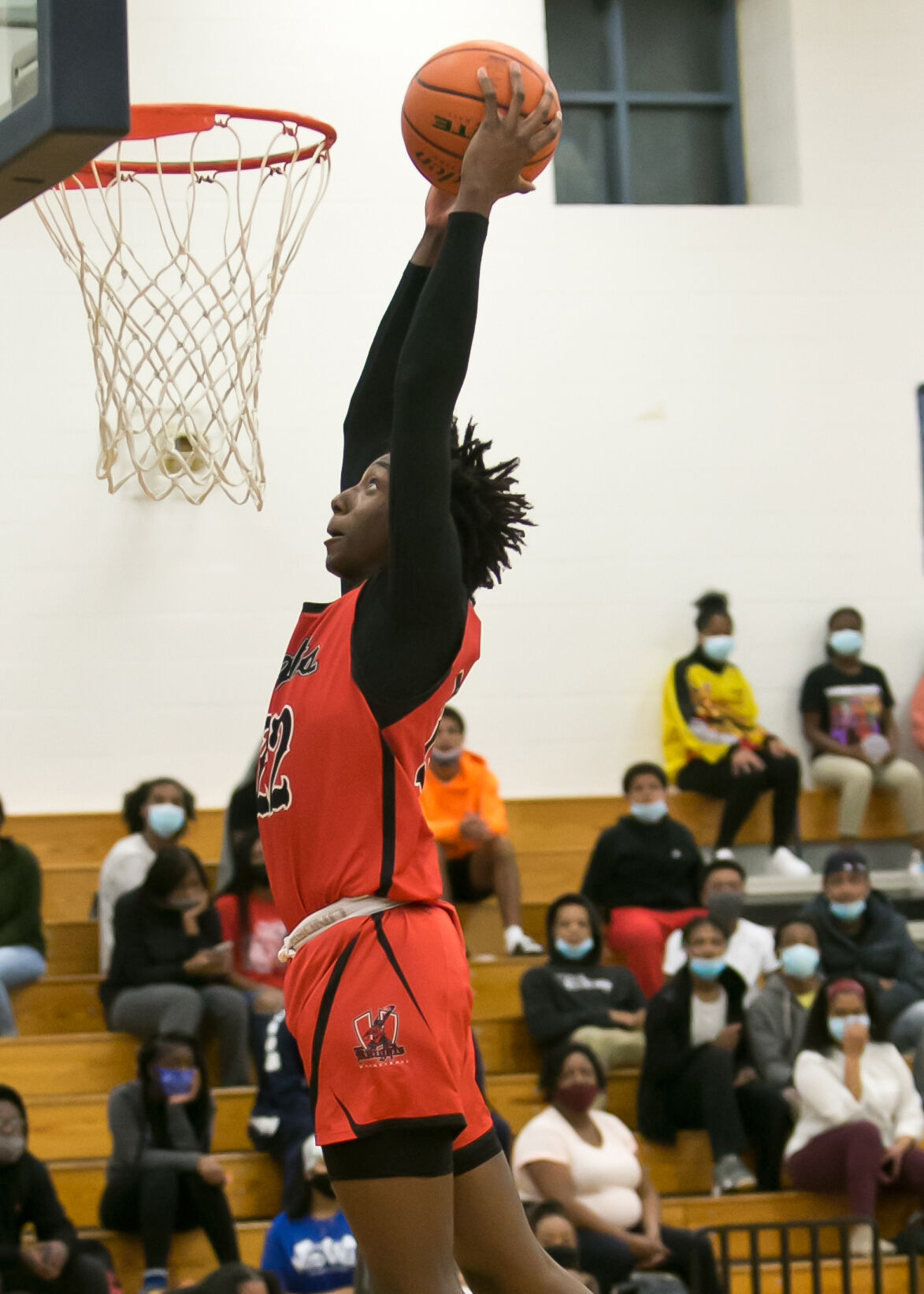 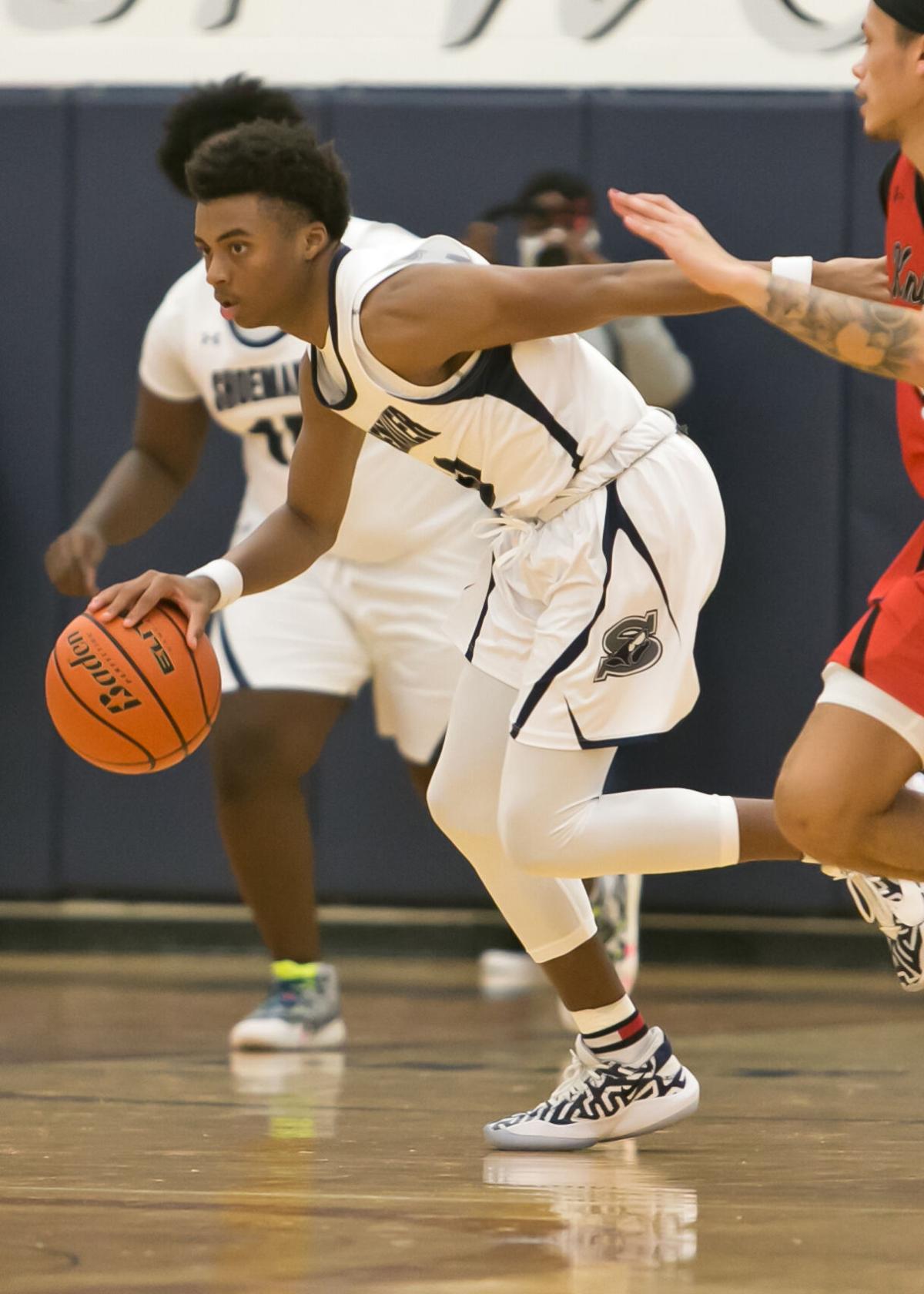 Shoemaker's Antwone Gonzales (10) gets a steal against Harker Heights on Tuesday night at Shoemaker High School. 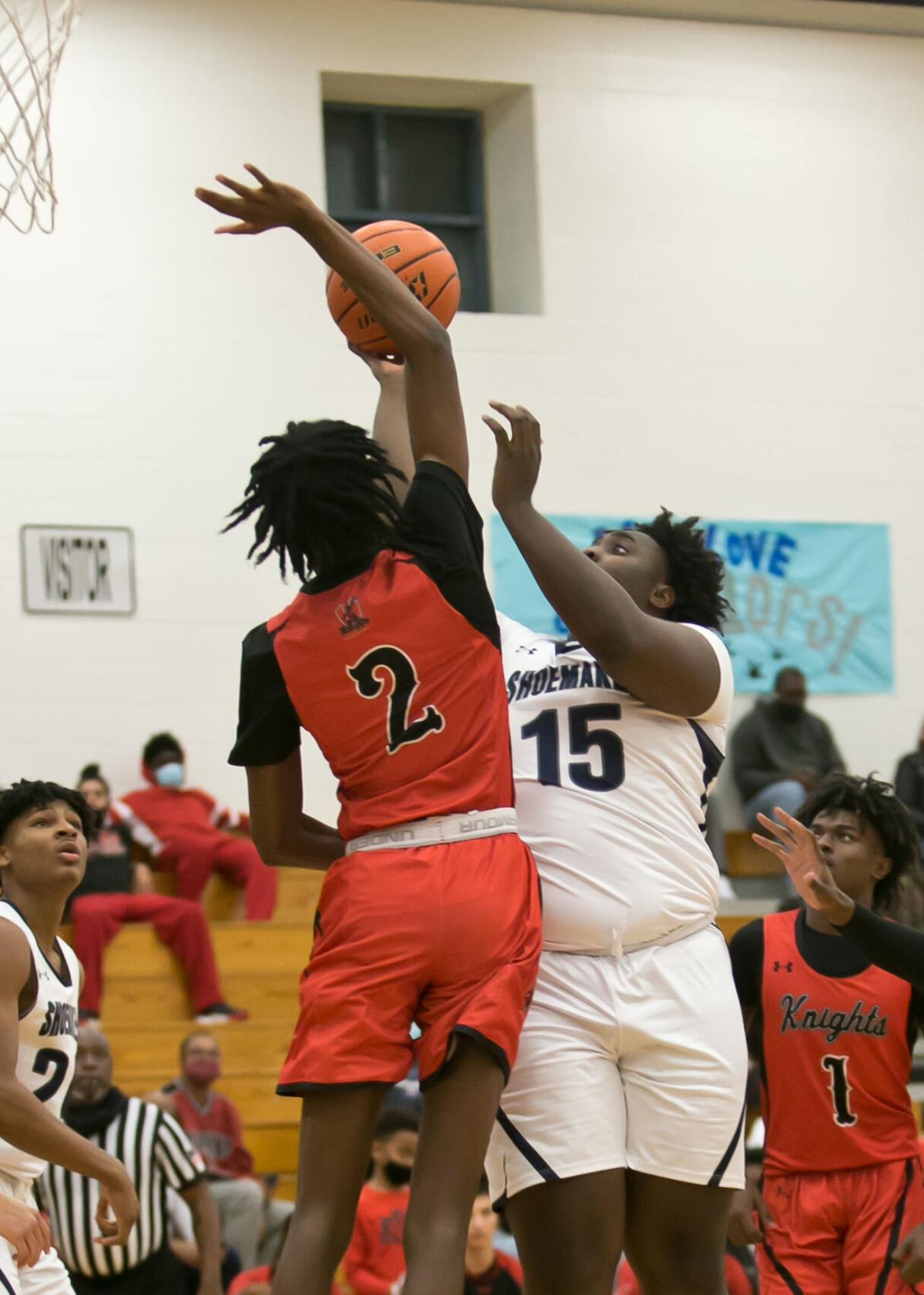 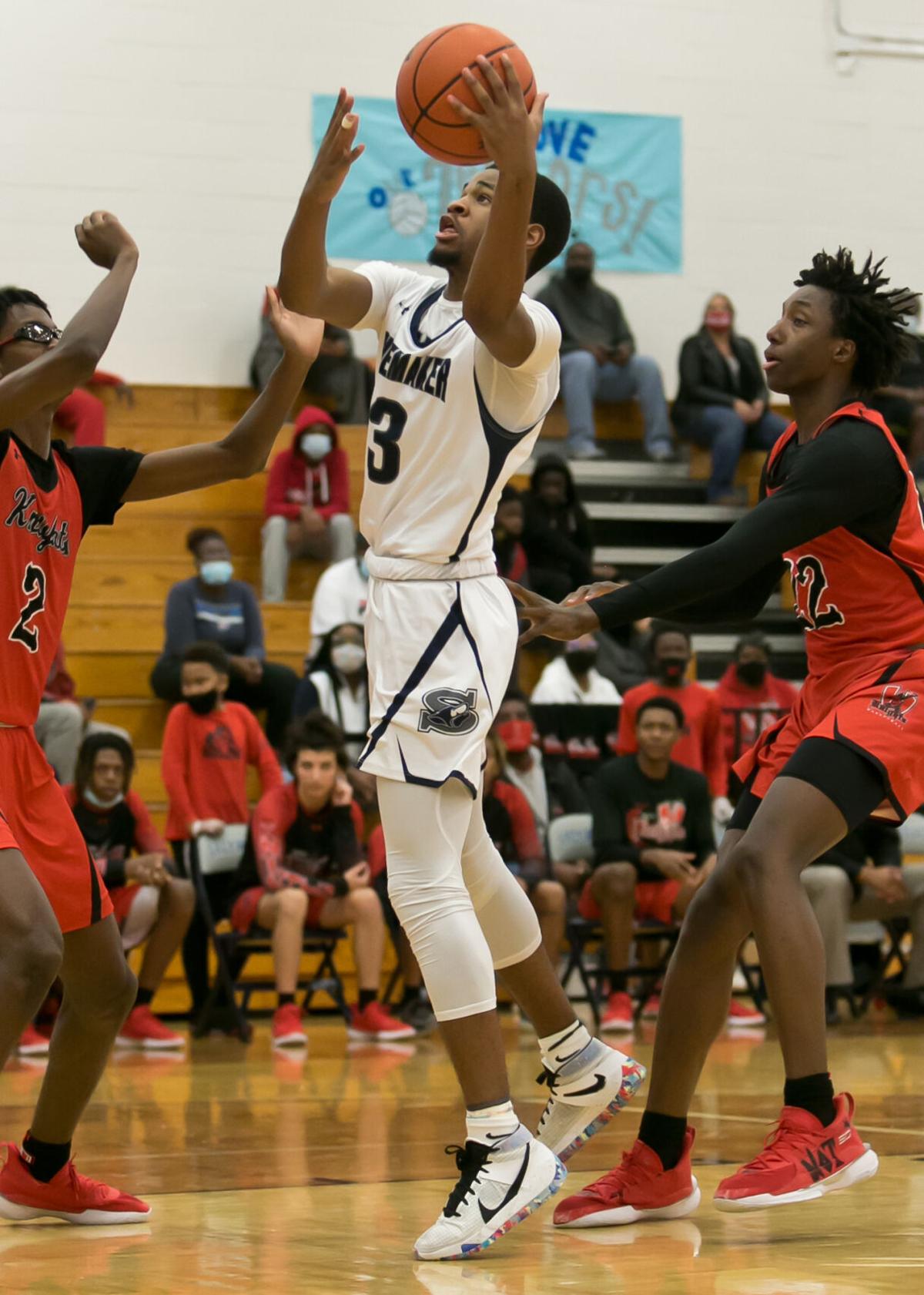 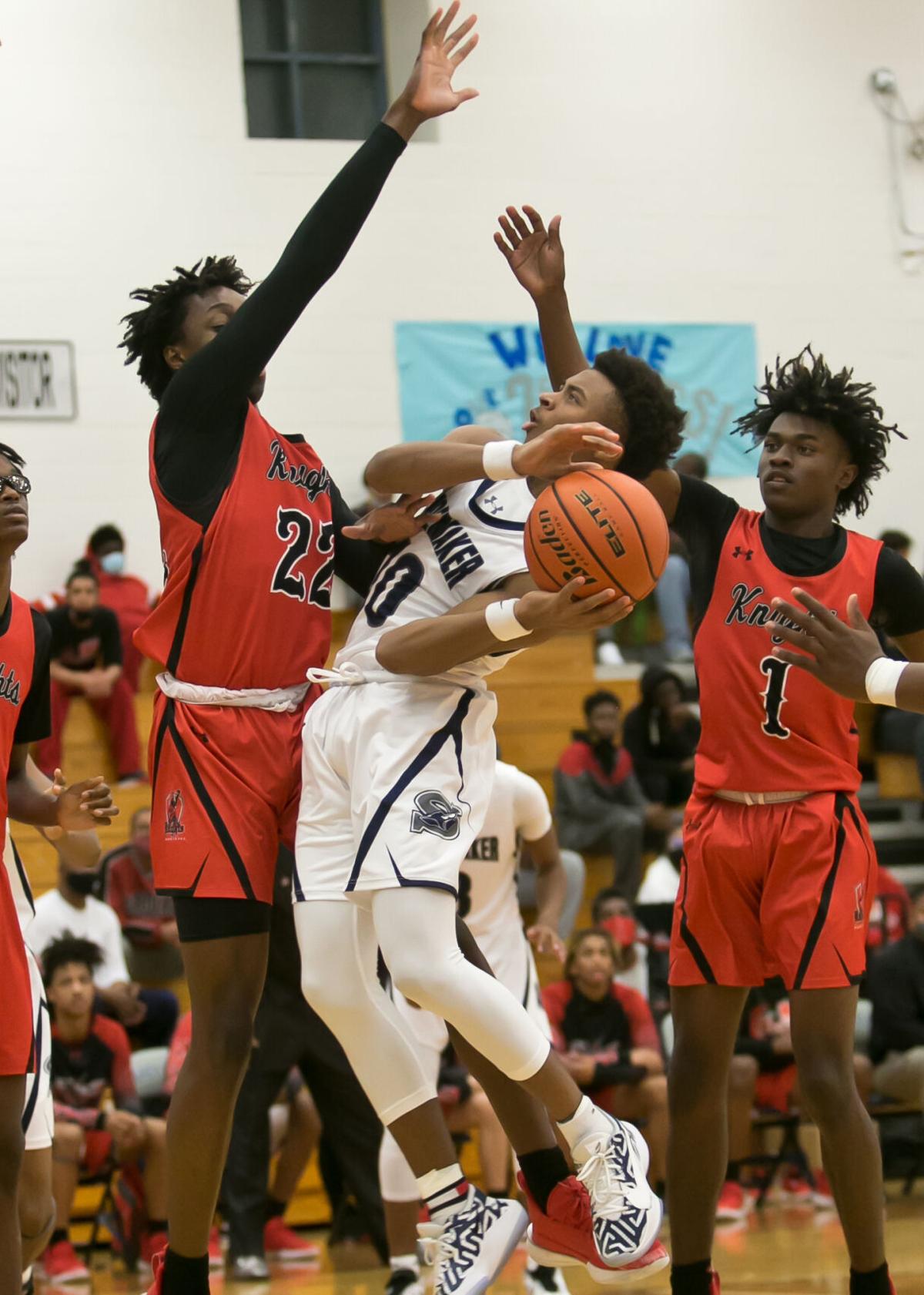 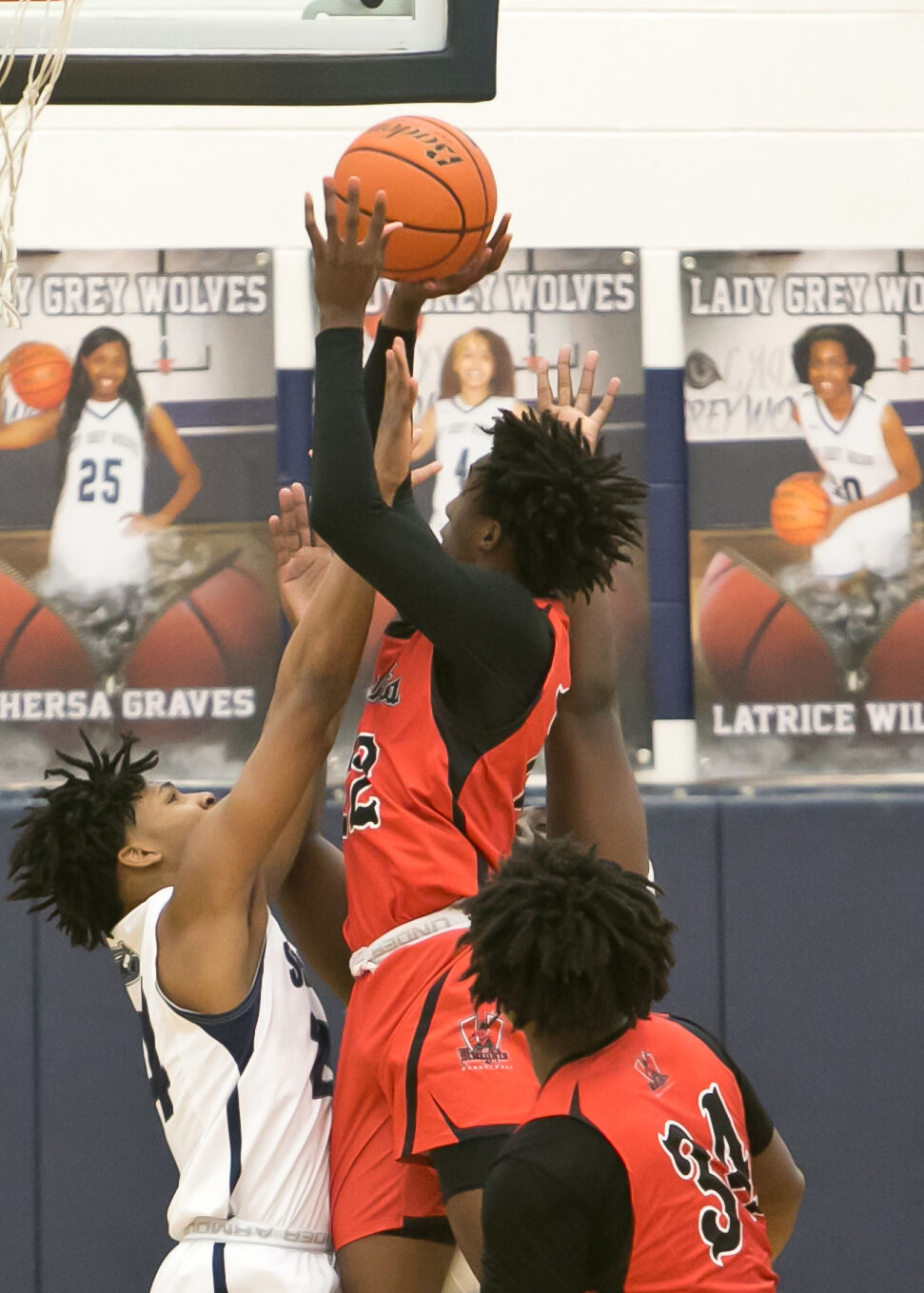 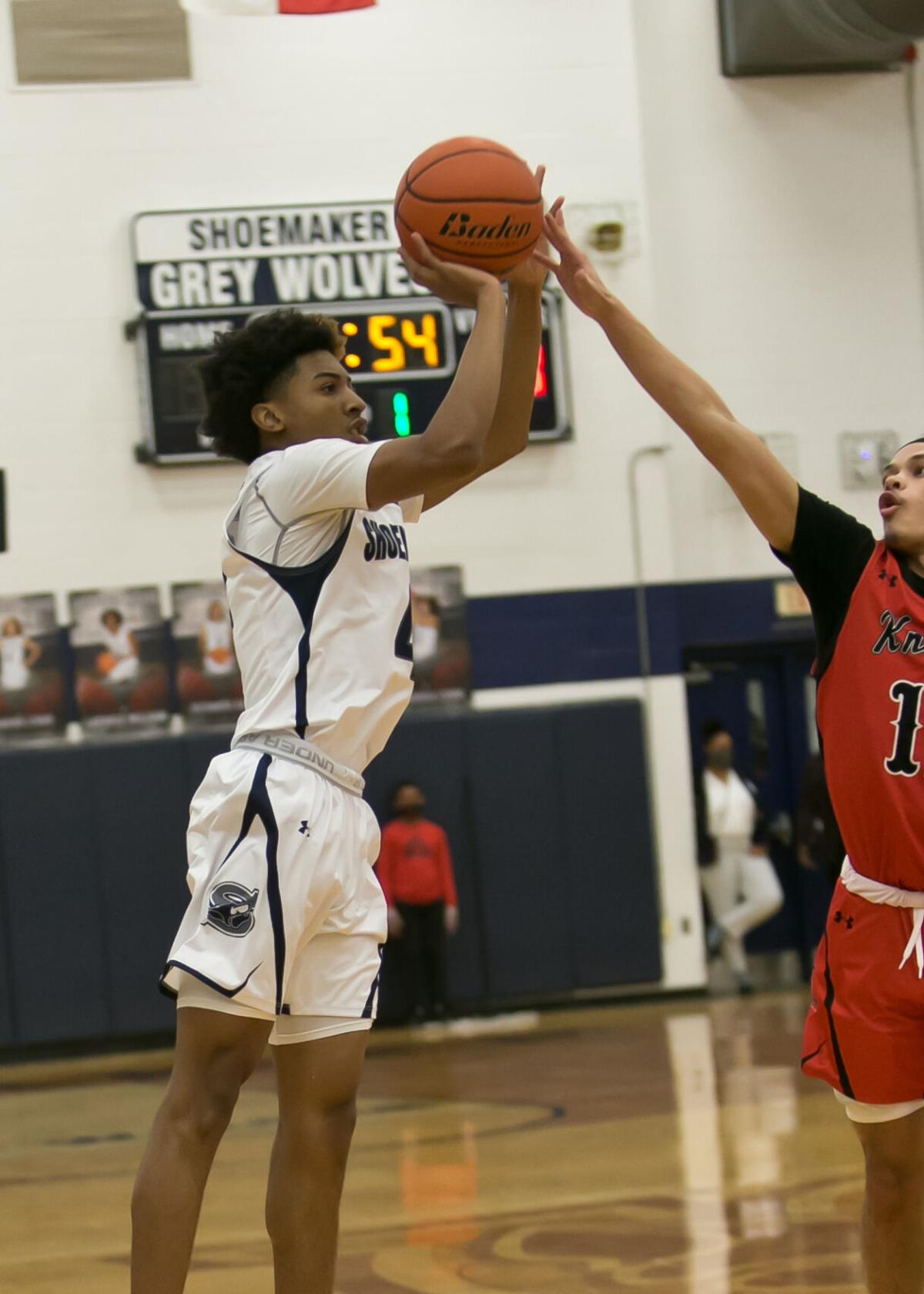 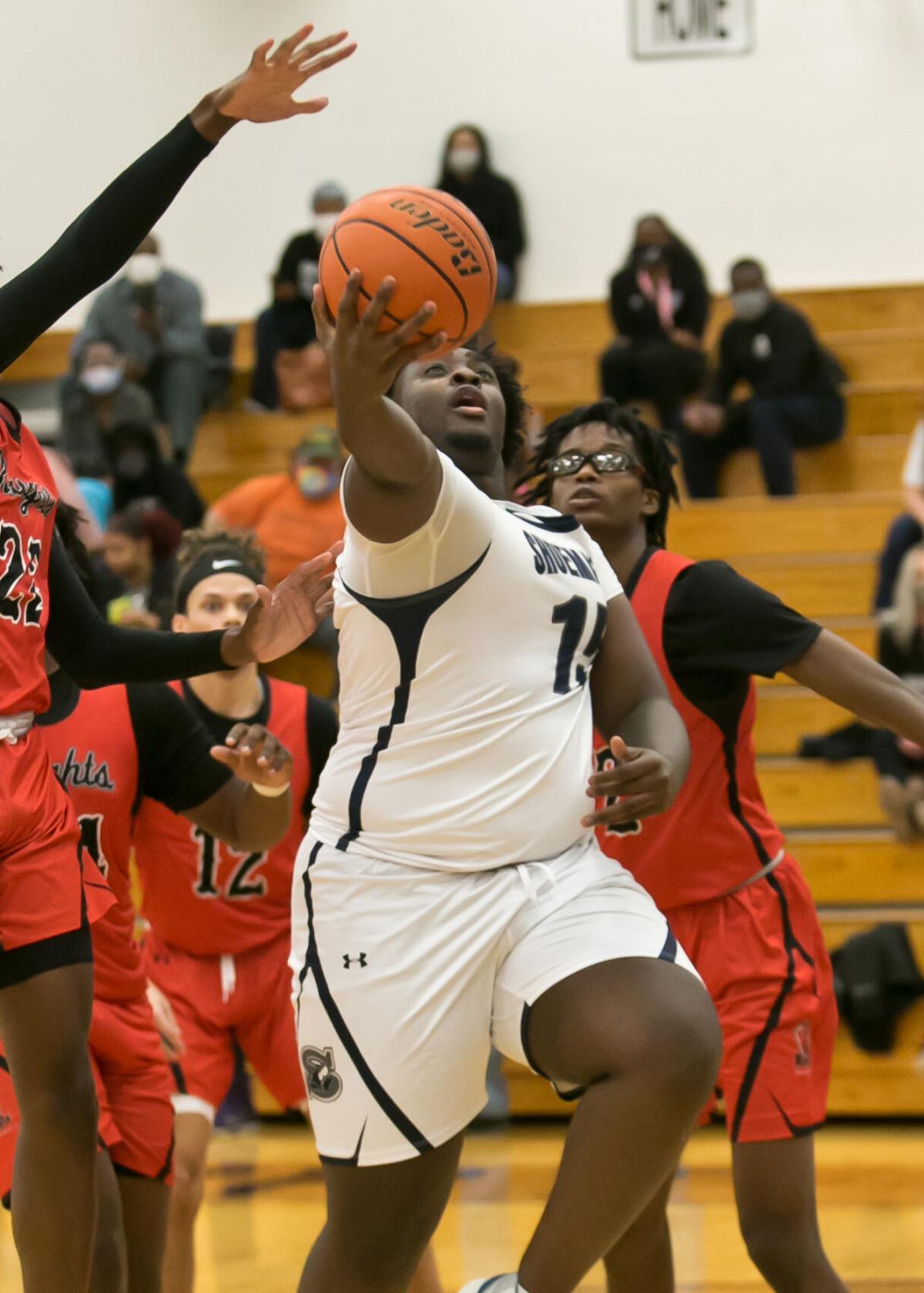 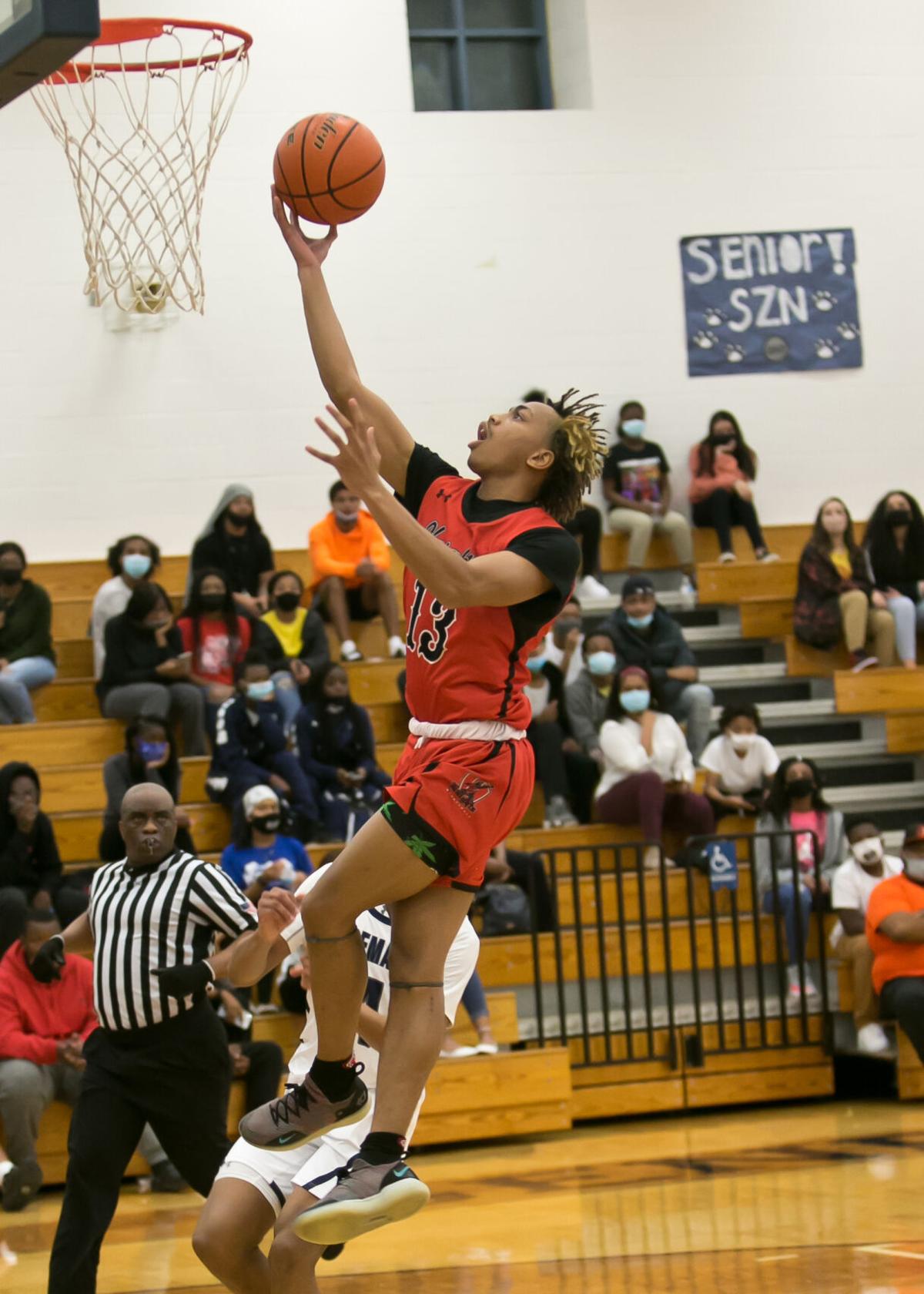 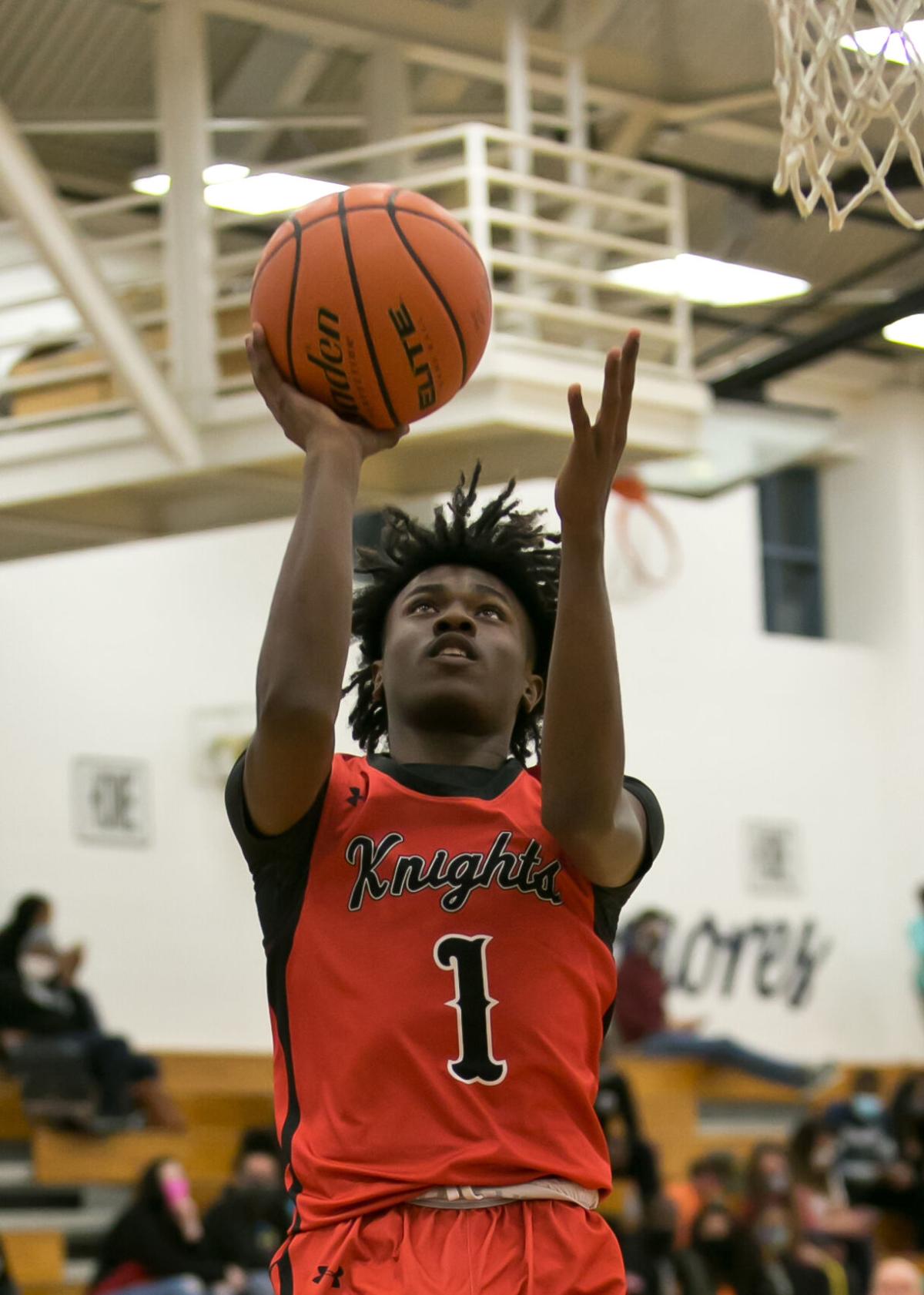 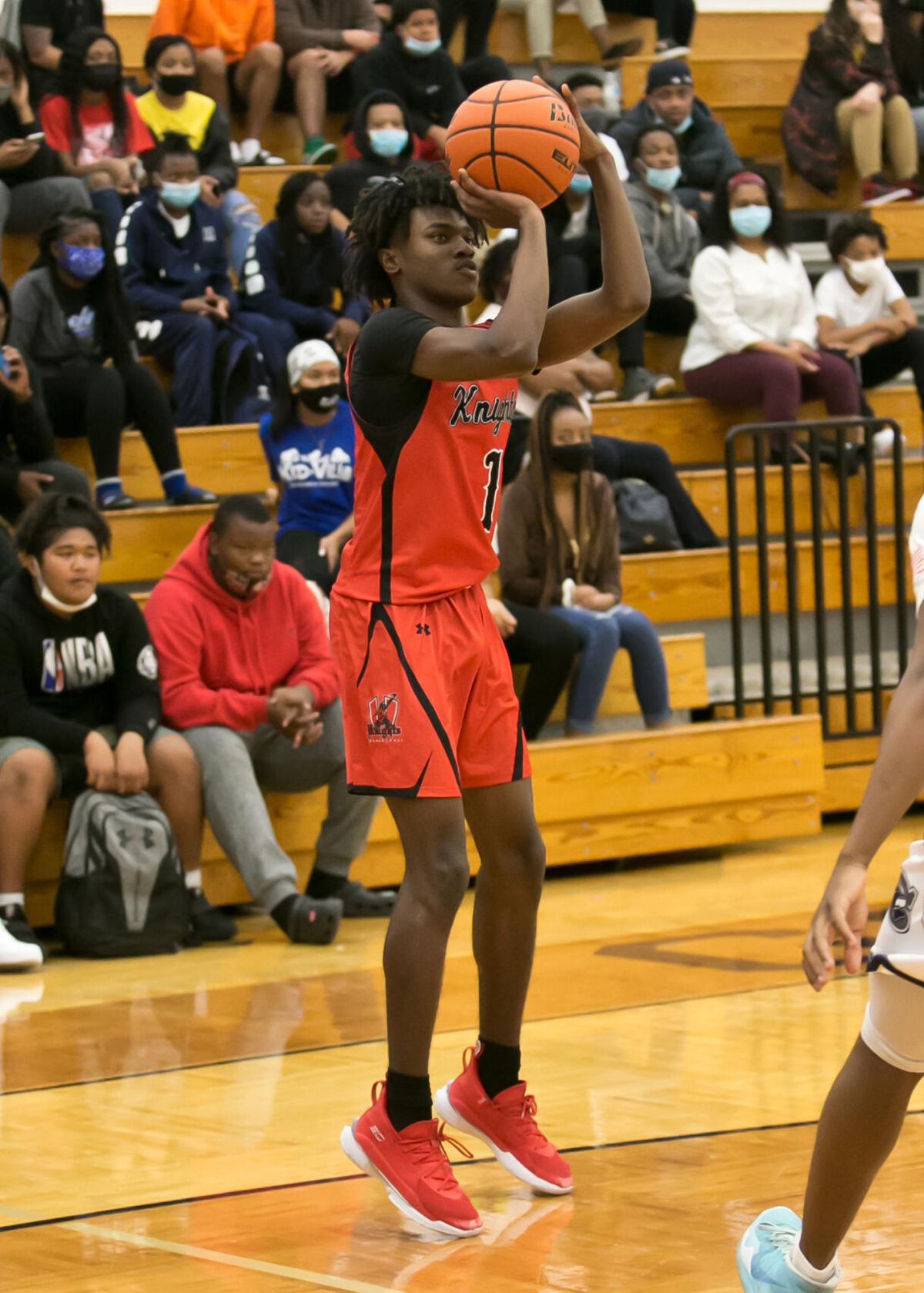 Shoemaker's Antwone Gonzales (10) gets a steal against Harker Heights on Tuesday night at Shoemaker High School.

The Harker Heights Knights traveled to Shoemaker High School on Tuesday seeking redemption for their loss from earlier in the season.

The Grey Wolves edged the Knights 80-78 in Harker Heights on Dec. 22 just a day after Heights cracked the top 25.

On Tuesday, Camrin Forde scored 18 points and the Knights (7-2 12-6A) refused to give Shoemaker (3-6) the pleasure of beating them twice, walking away with a 77-61 win against their Killeen ISD rival.

The ramifications of a possible second loss to the Wolves were clear to Heights coach Celneque Bobbitt.

“I told the kids (before the game), ‘If they beat you, they own you, plain and simple.'

“If somebody beats you at your house, which they already did, and then they beat you at their house, that means they’re a better team,” Bobbitt said.

Antwan Taylor and Terrance Carter each added 16 points for the Knights, who took sole possession of second place in 12-6A with Belton's home loss to Temple.

“They brought more energy this game,” Shoemaker coach Jeremy Hensley said. “I think we did a pretty good job last game. This game, it was just kind of flat.”

The leading scorers for Shoemaker were Antwone Gonzales (15), Javier Arocho (13) and K'zjari Herrera (11).

Heights capitalized on Shoemaker's flat start by scoring a quick six points to open the game. Heights’ urgency on the boards saw them maintain consistent possession of the ball.

Halfway through the first quarter Heights was up 11-4.

Shoemaker was able to ramp up the intensity in the final minutes of the period. With less than 10 seconds left, Shoemaker slipped past Heights’ defense to score and cut the deficit to 19-10.

The second quarter opened with a dunk from Heights and then a steal resulting in four quick points for the Knights. The Knights kept growing their lead, extending it to 35-12 with less than three minutes left in the half.

An exchange of 3s late sent the Knights to halftime with a 40-21 lead.,

Shoemaker spent the first few minutes of the second half chipping away at Heights lead. As the game went on, Shoemaker found themselves more comfortable fighting in the paint with the Knights.

A 3-pointer followed by a block from Shoemaker saw the home crowd erupt, making it a 13-point game.

With two minutes left in the quarter, Heights led 52-39. The final minutes saw Heights’ offense return to form and the stretch the lead to 59-43 heading into the fourth quarter.

Both teams came out and set a fast pace in the final quarter. Whenever the Grey Wolves would begin to narrow the gap, the Knights would turn up the pressure, tearing away any ground gained by Shoemaker.

With less than three minutes left the Knights led 70-51.

“All in all, I thought it was a well-fought game,” Bobbitt said. “I thought Shoemaker came out and did a good job. I just think we got on them with a little bit of size. We kind of could hold court with the size advantage we had on the inside.”

Hensley said his team struggled defensively and with making good decisions on offense.

“I give them the credit,” Hensley said after the game. “We’ve just got to do it a different way, and we’re almost there. We’ve got to find a way to get over that hump.”

The Knights return to action Friday looking for a sweep of No. 13 Ellison, whose only loss was against the Knights.

“It’s going to be a showdown,” Bobbitt said. “It’s bragging rights. That’s all I can say.”

Shoemaker welcomes Killeen on Friday. The Wolves are three games out of a playoff spot with five remaining.

“Our back's against the wall now,” Hensley said. “We need to come out ready to play. We’ve got to take care of business, bottom line.”

TEMPLE — When Temple’s Alejandro Gonzalez buried a well-struck, left-footed free kick into the back of the net in the eighth minute, it felt a…