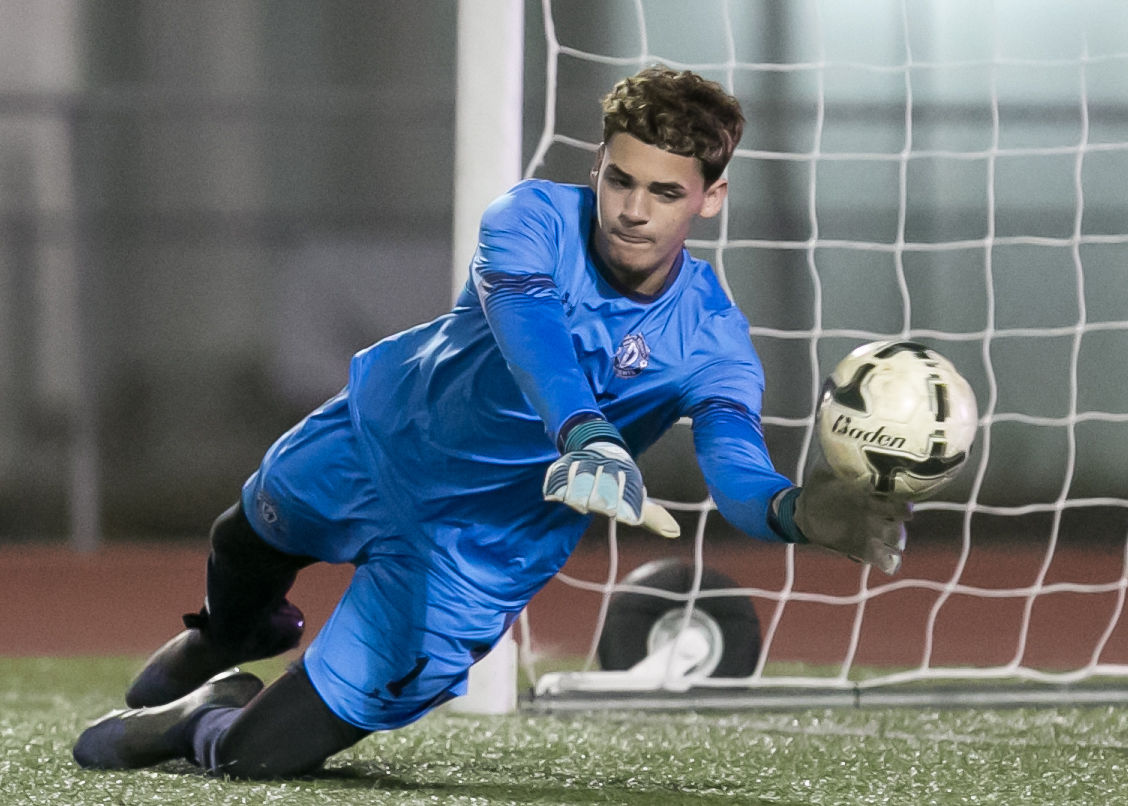 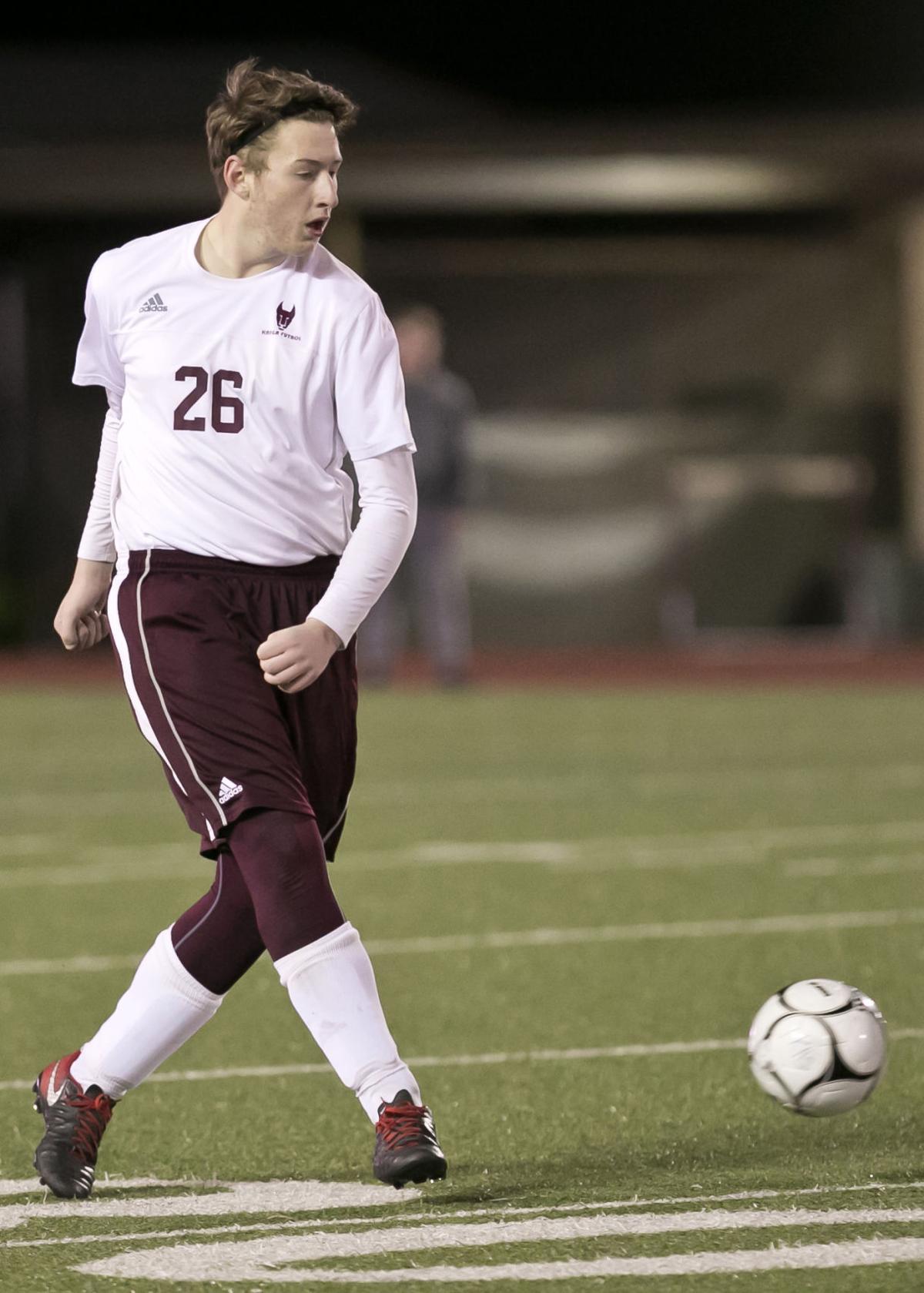 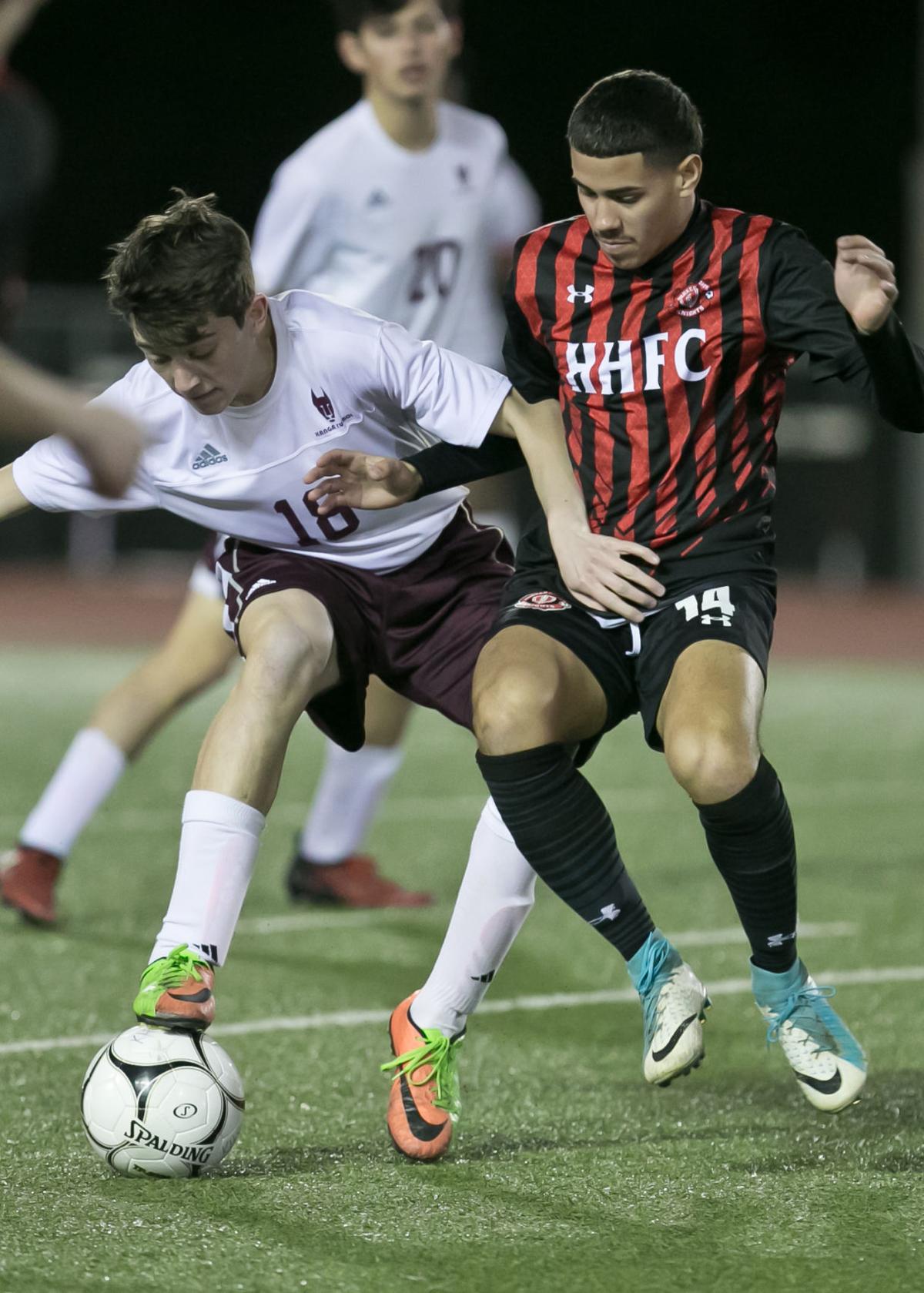 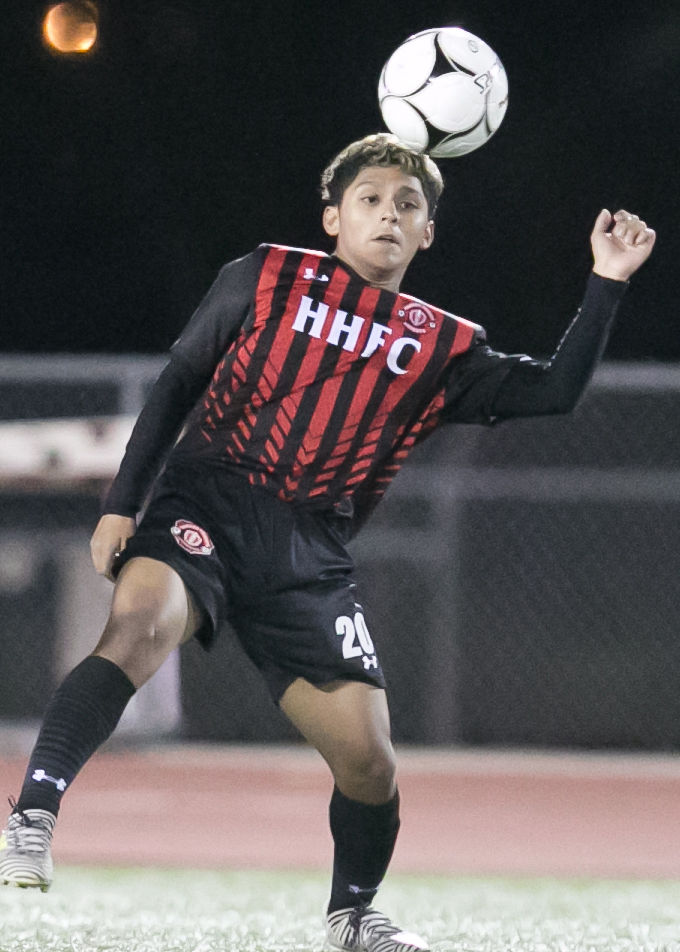 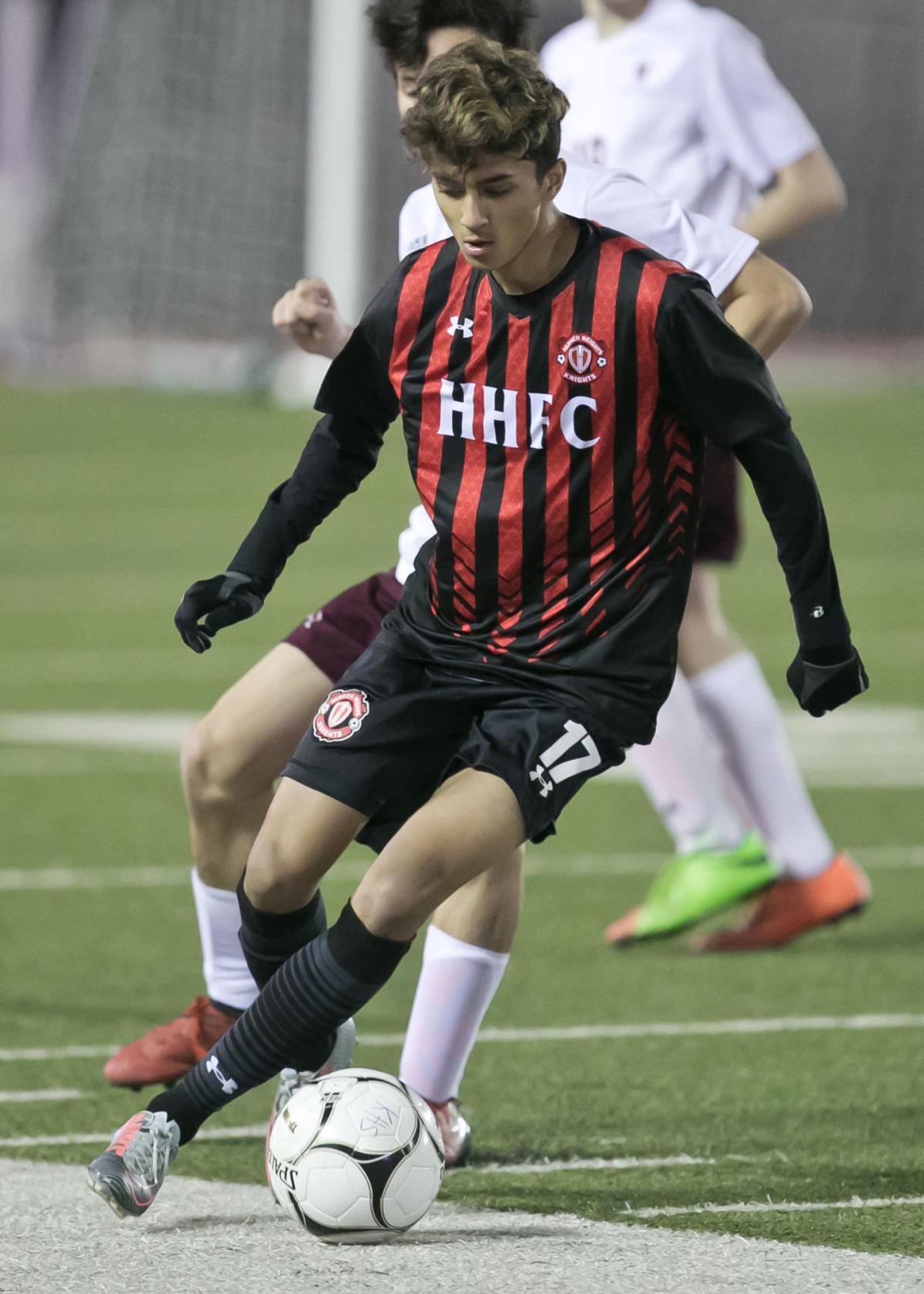 Harker Heights' Abdullah Irfan moves the ball down the field against Killeen on Friday night at Leo Buckley Stadium. 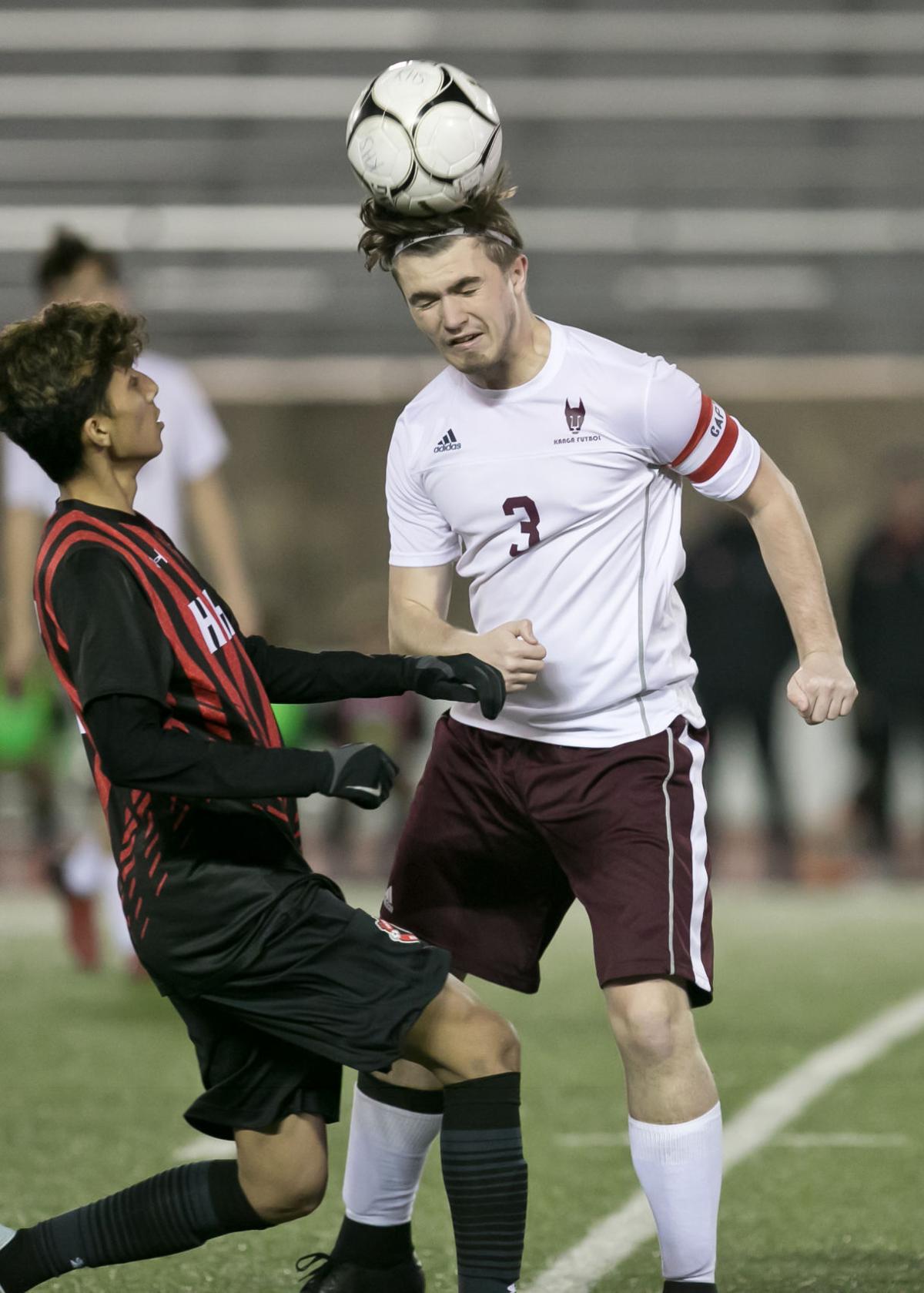 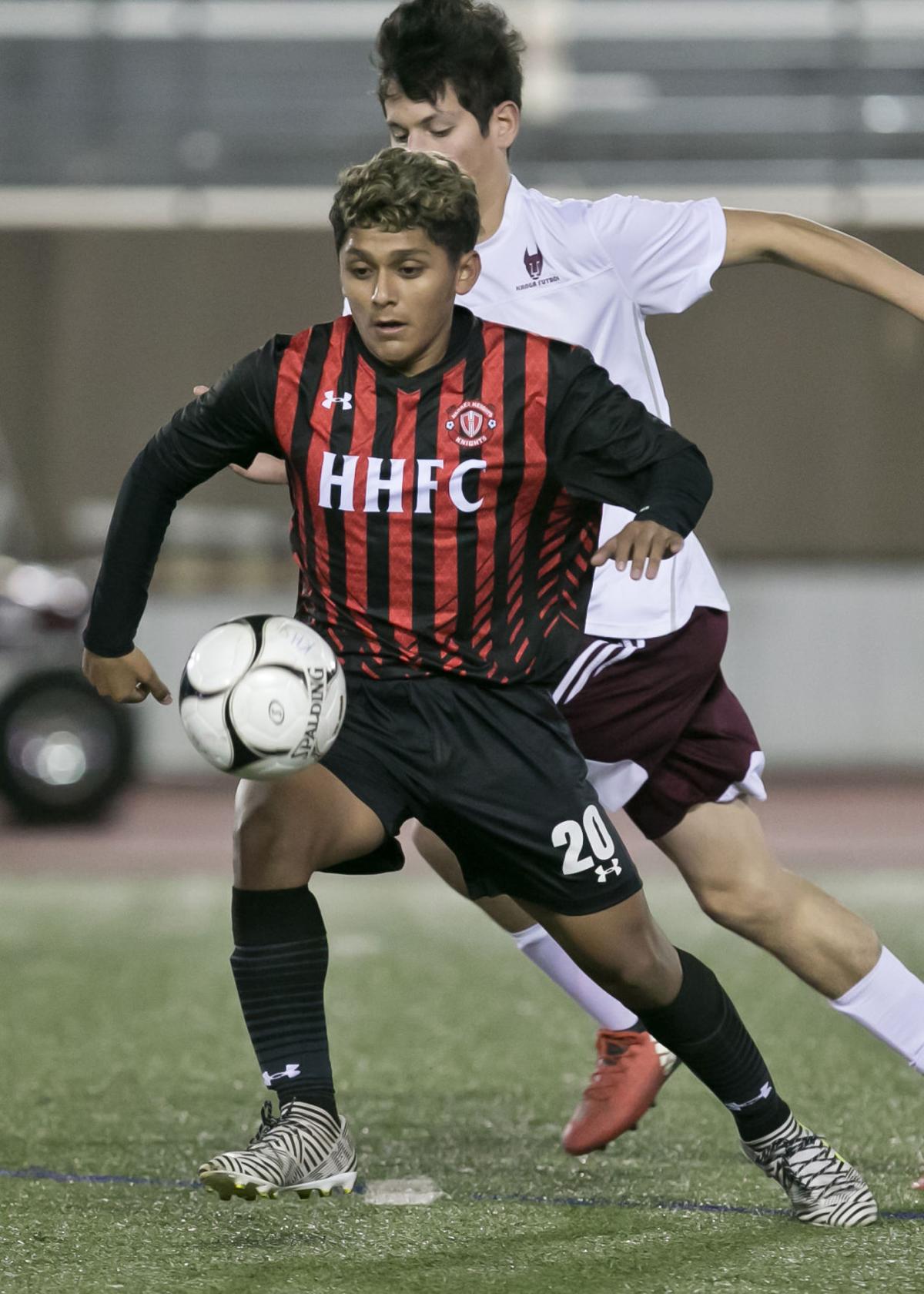 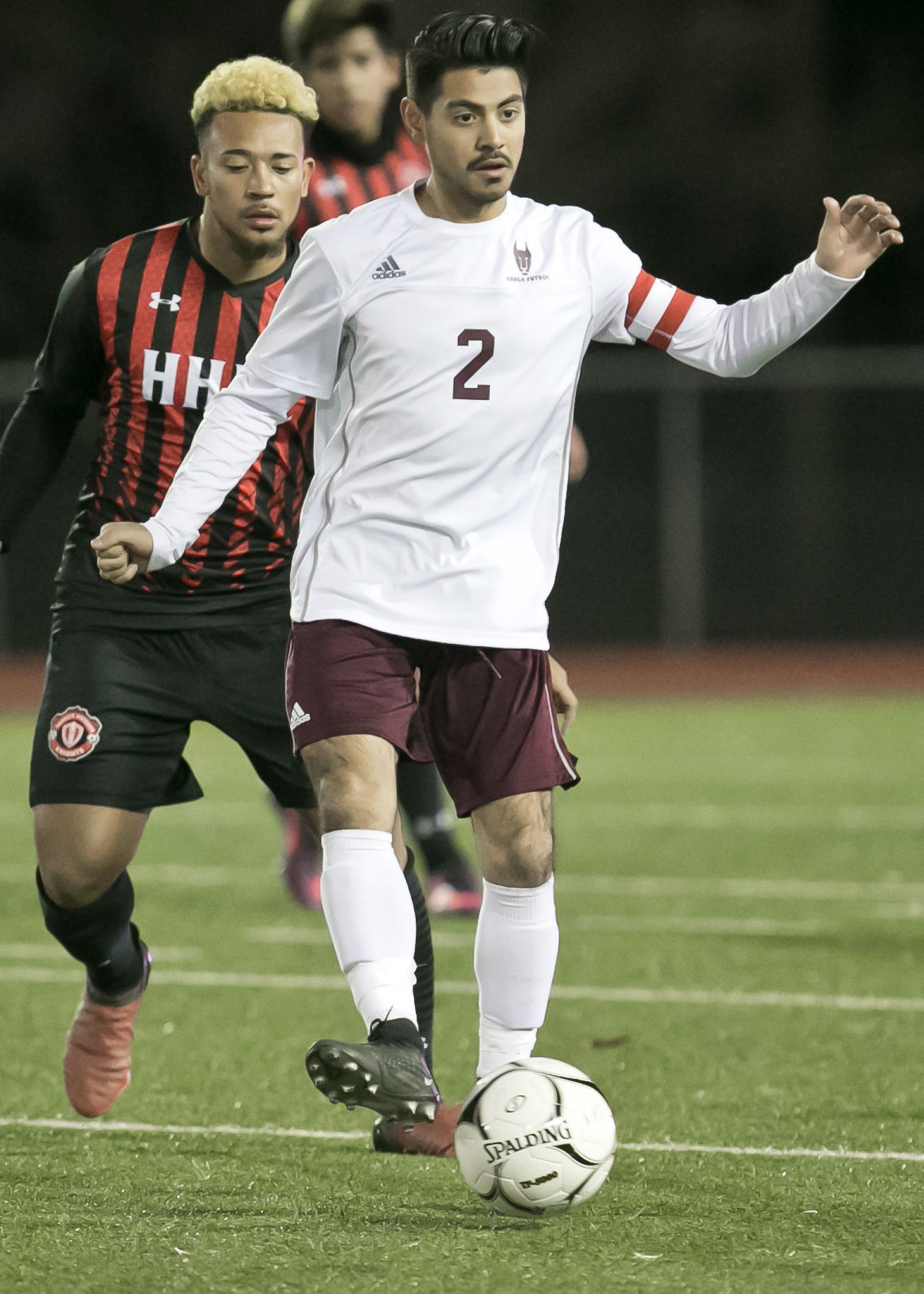 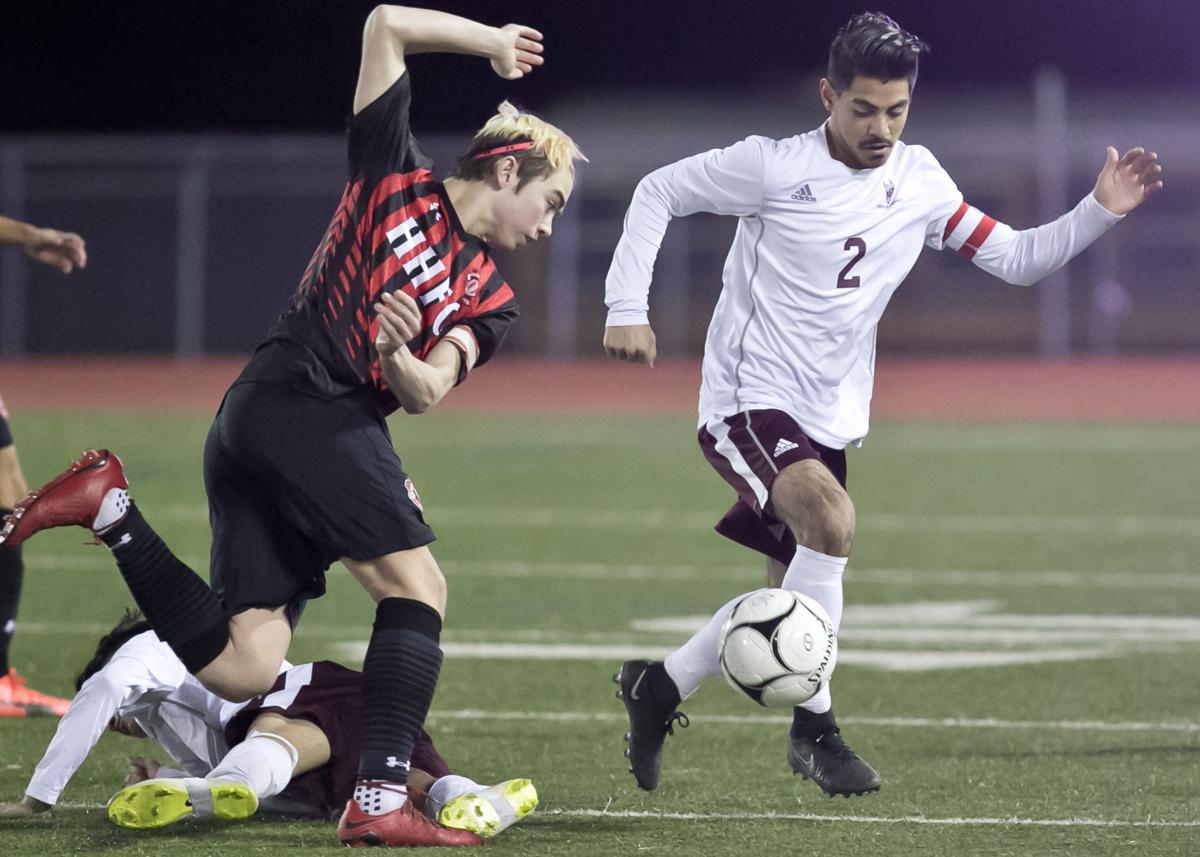 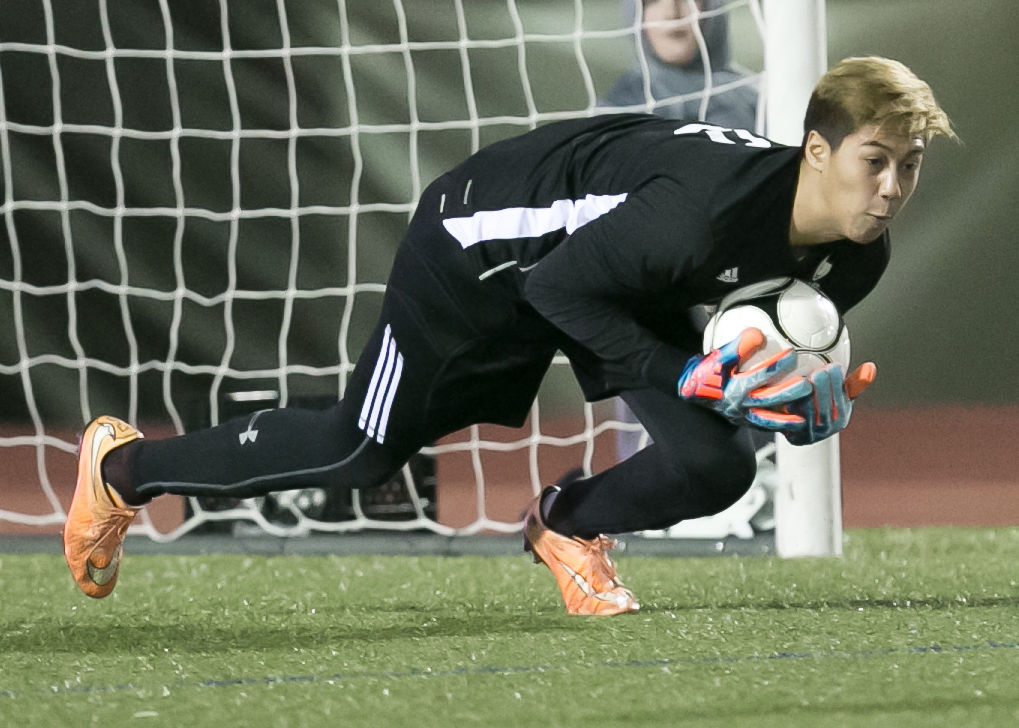 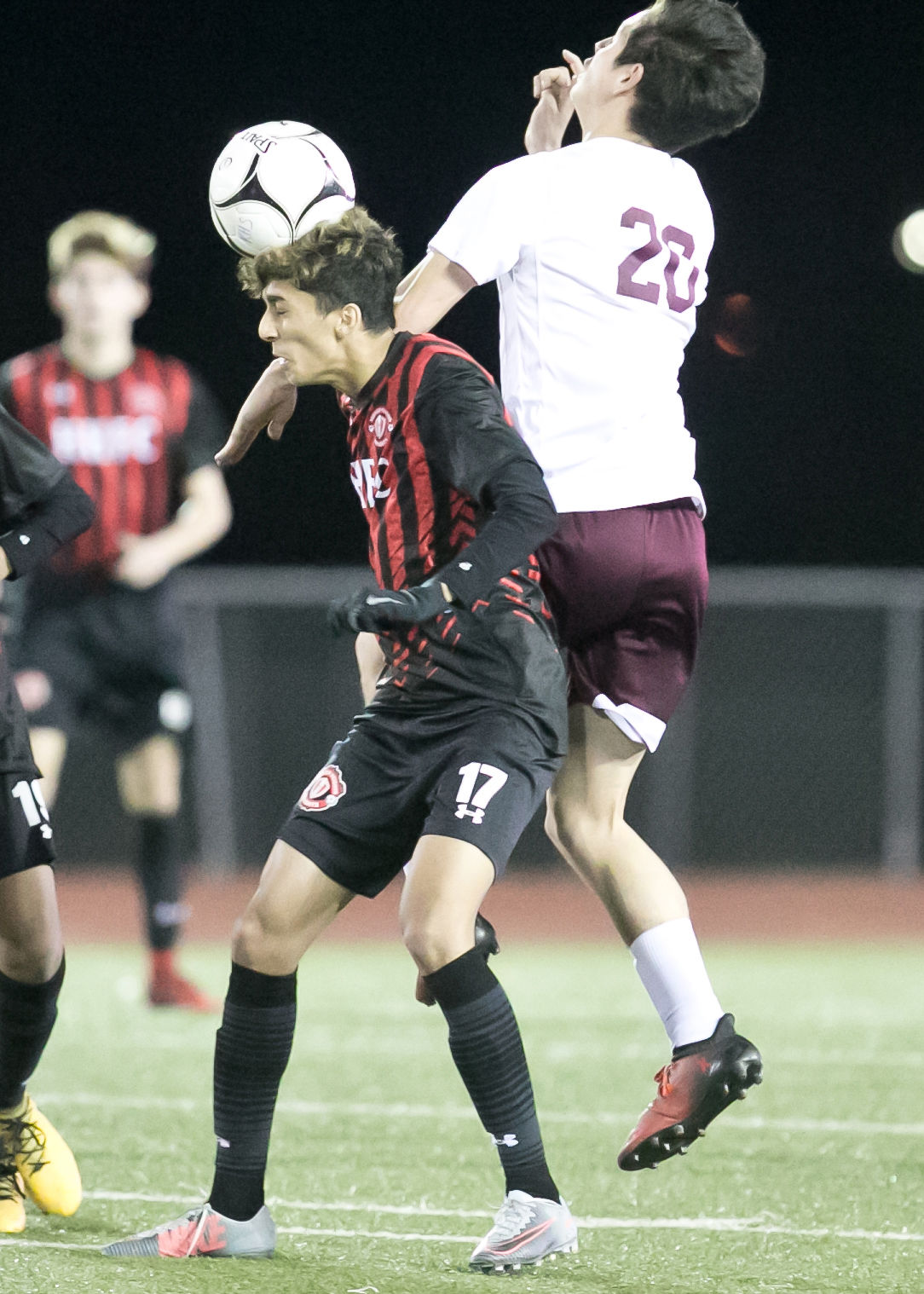 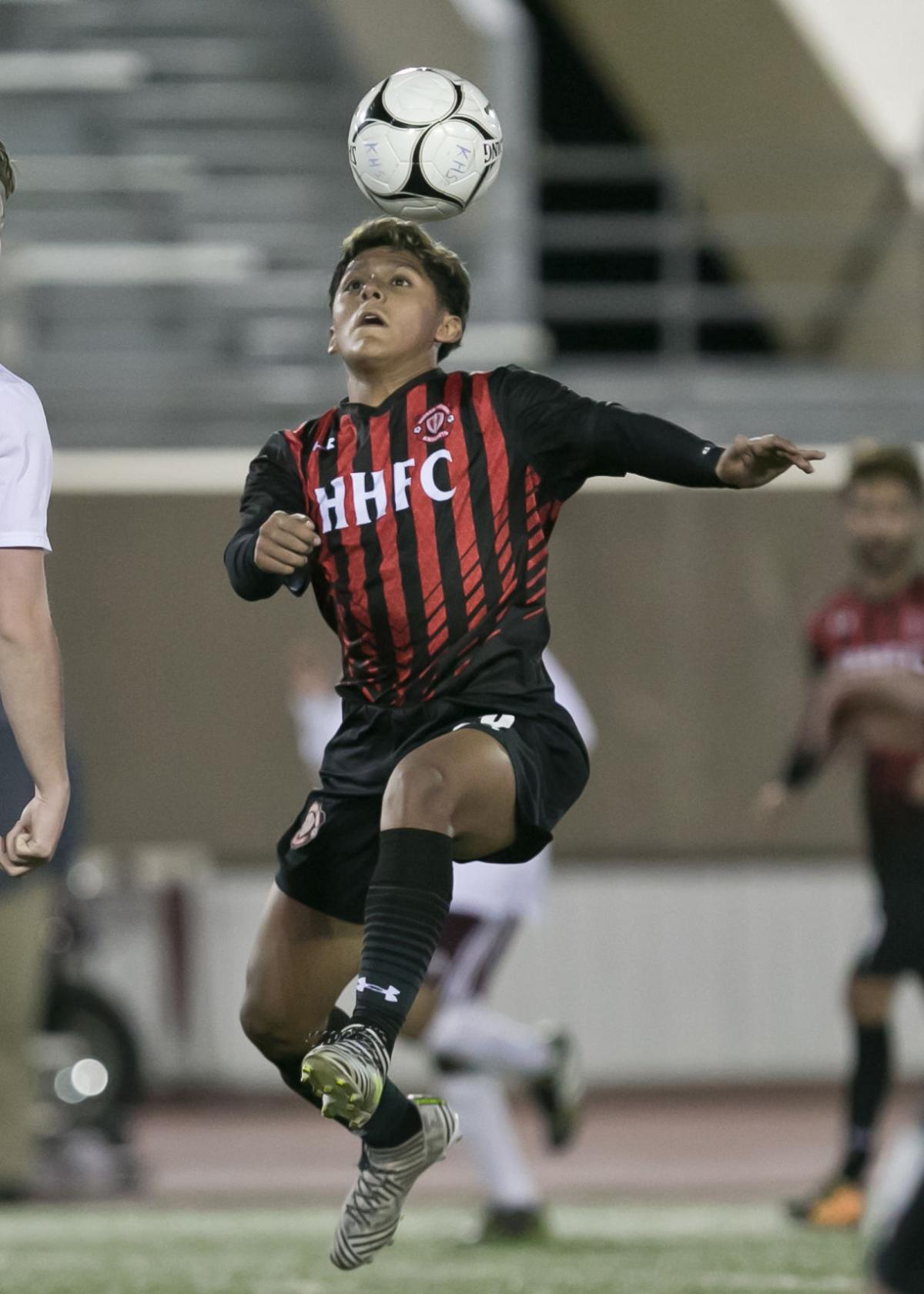 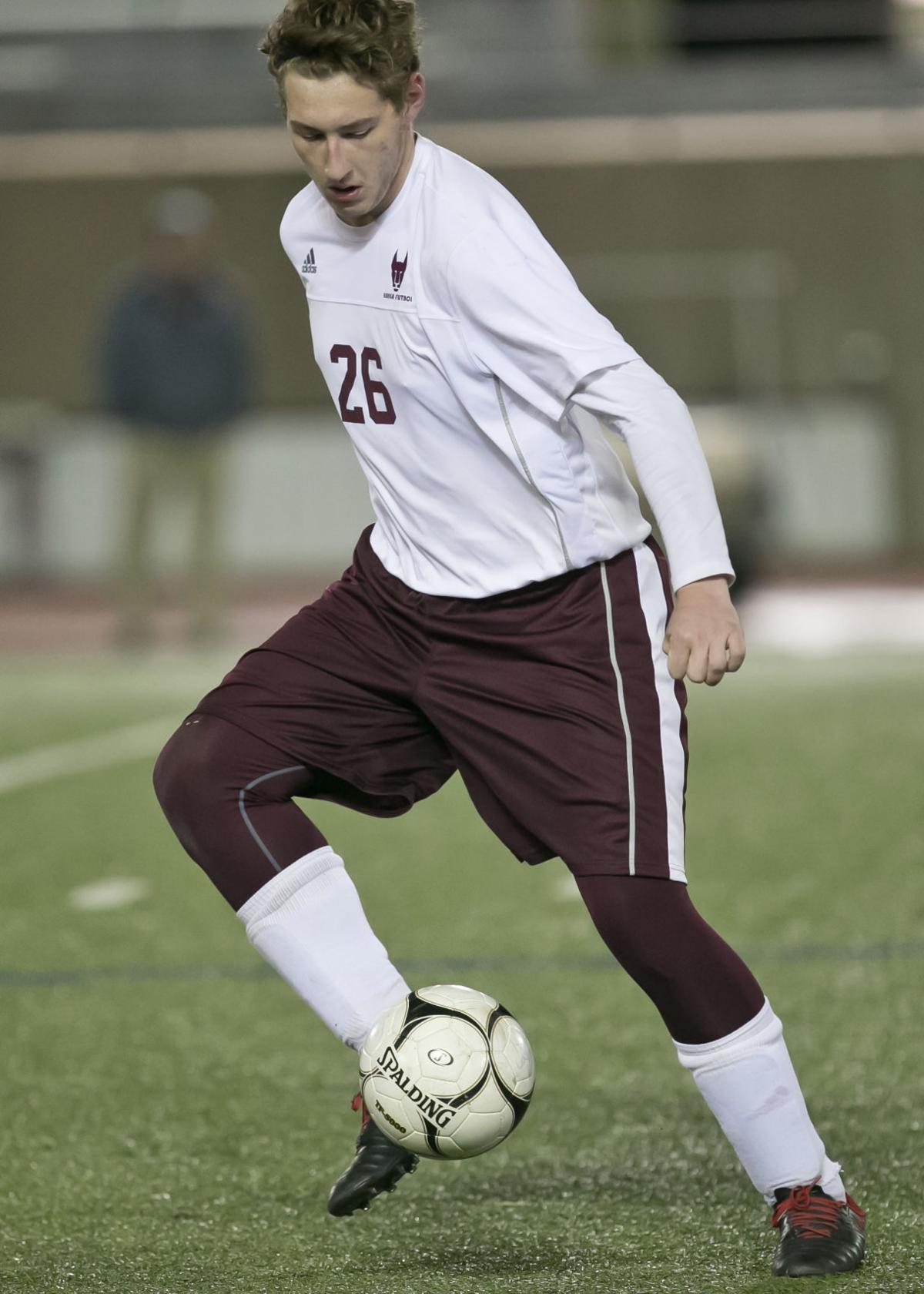 Harker Heights' Abdullah Irfan moves the ball down the field against Killeen on Friday night at Leo Buckley Stadium.

Three different players scored and the Harker Heights Knights earned a season sweep of Killeen with a 3-0 victory over the Kangaroos on Friday night at Leo Buckley Stadium.

The Knights, who extended their unbeaten streak to four games, moved into a third-place tie in District 8-6A.

“We’re not leaving any points on the table.”

Heights held possession most of the first half but Killeen goalkeeper Michael Velazquez had seven saves in the first 40 minutes.

The second half went quite different than the first.

Velazquez added another save in the 42nd minute, but the Knights’ Samad Quarashi got one past him in the 46th off a corner kick that soared into the top right corner of the net just out of reach.

Velazquez recorded another two saves but Heights’ Jaime Vargas got another one past him in the 57th minute.

A penalty kick in the 70th minute from Miguel Primero put the Knights’ lead at 3-0 as Velazquez dived right and the ball curved left into the bottom of the net.

And while the Knights are currently in position to make the playoffs, the next three games are critical in clinching a playoff position.

“We just have to make sure we’re staying organized in the back,” Padilla said of the Knights’ strategy to finish off district play.

In the first half of district, Heights allowed Belton, Shoemaker and San Angelo Central score on them and the intend to keep that from happening when they face each of them in the coming weeks.

“One of the biggest things we’ve emphasized is back four shape and staying organized to try and concede the least amount of goals as possible,” Padilla said, noting in the last three games the Knights have not allowed a goal.

“We really wanted to plug the hole that goals kept leaking out of, and we’ve done a better job of staying organized,” he said.

“And that’s what we’re going to continue to do.”