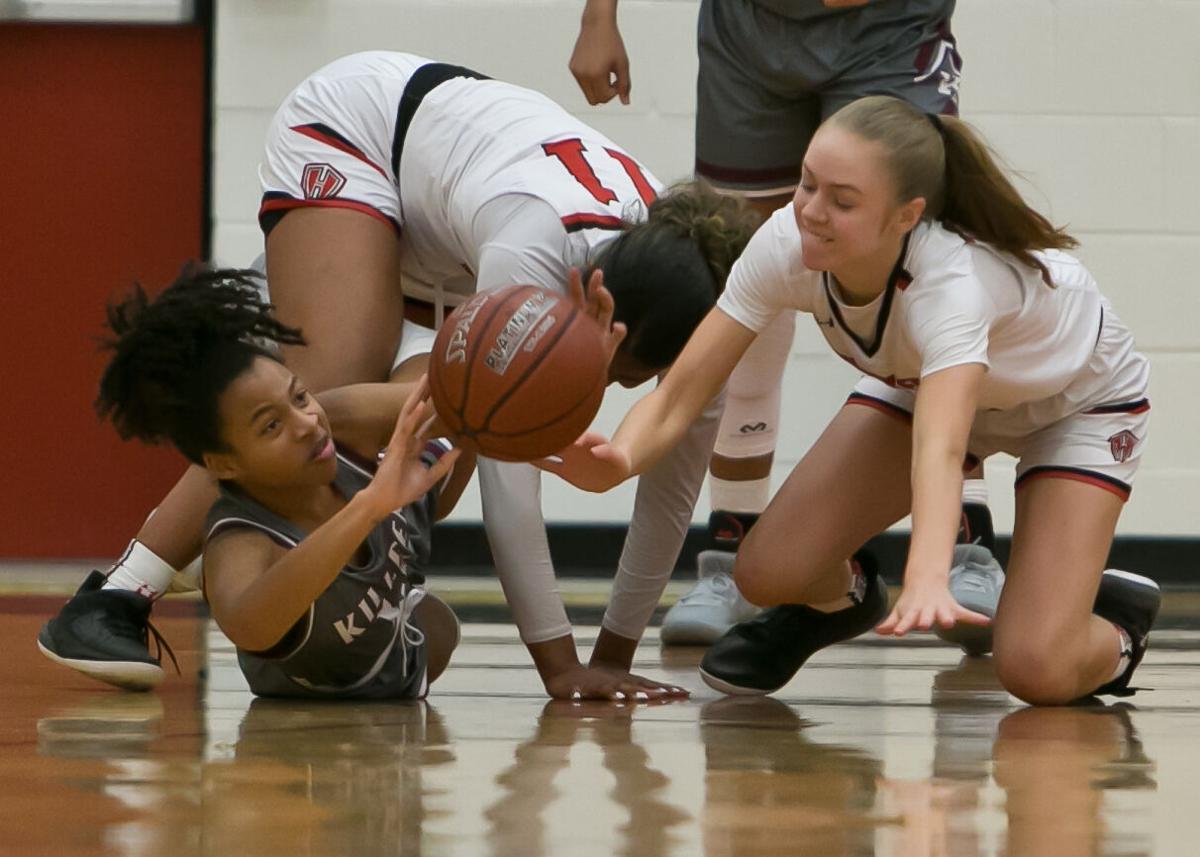 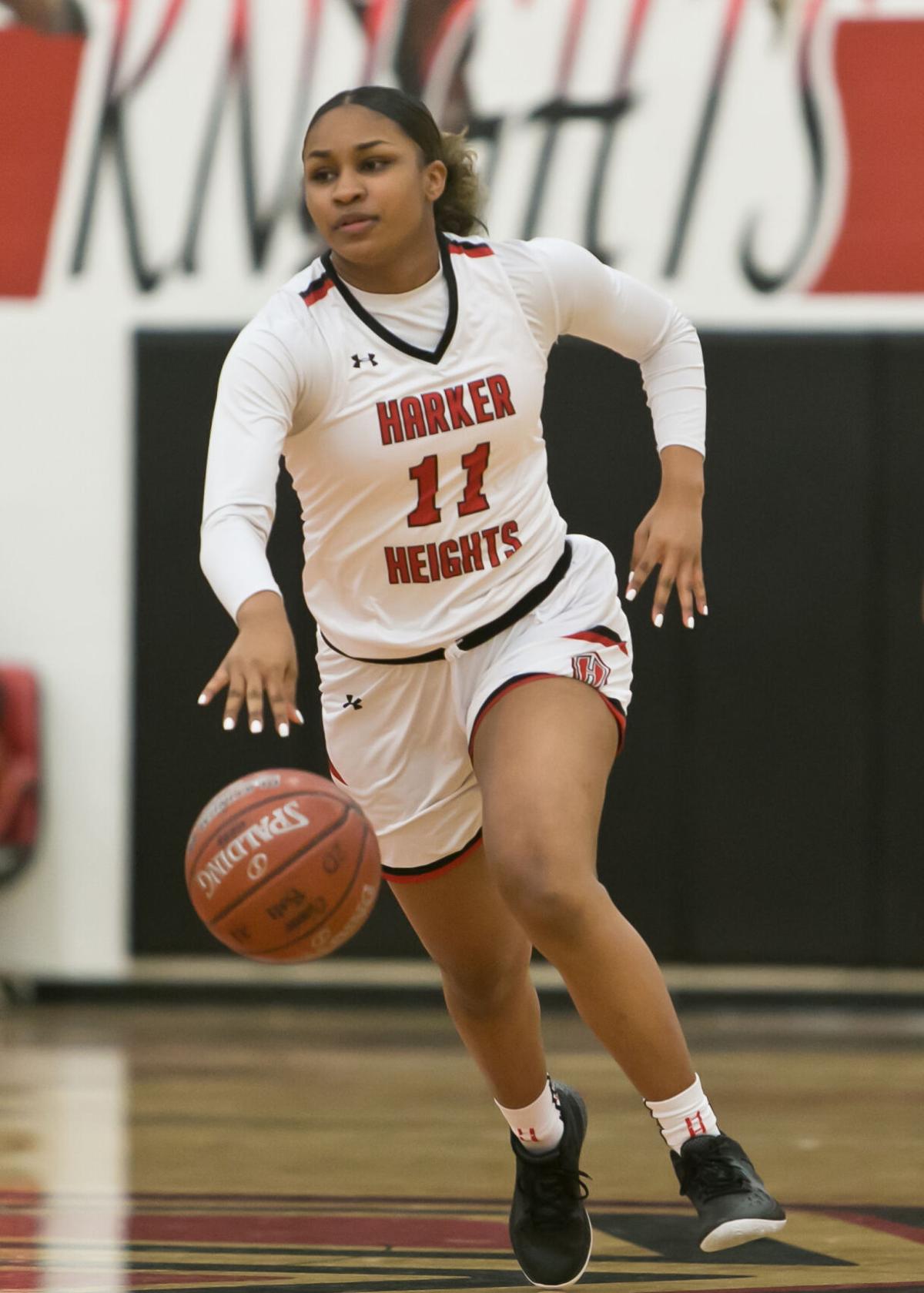 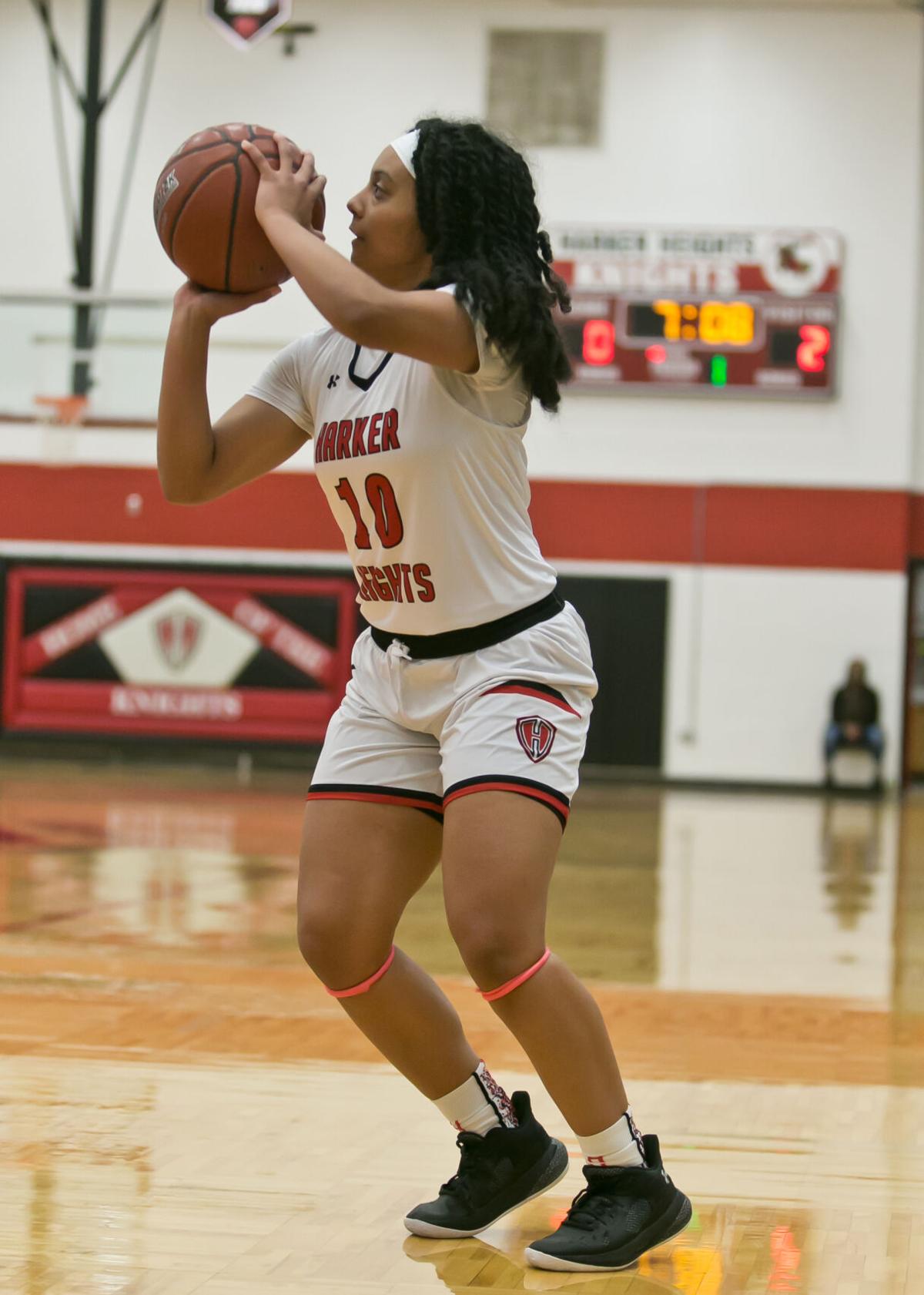 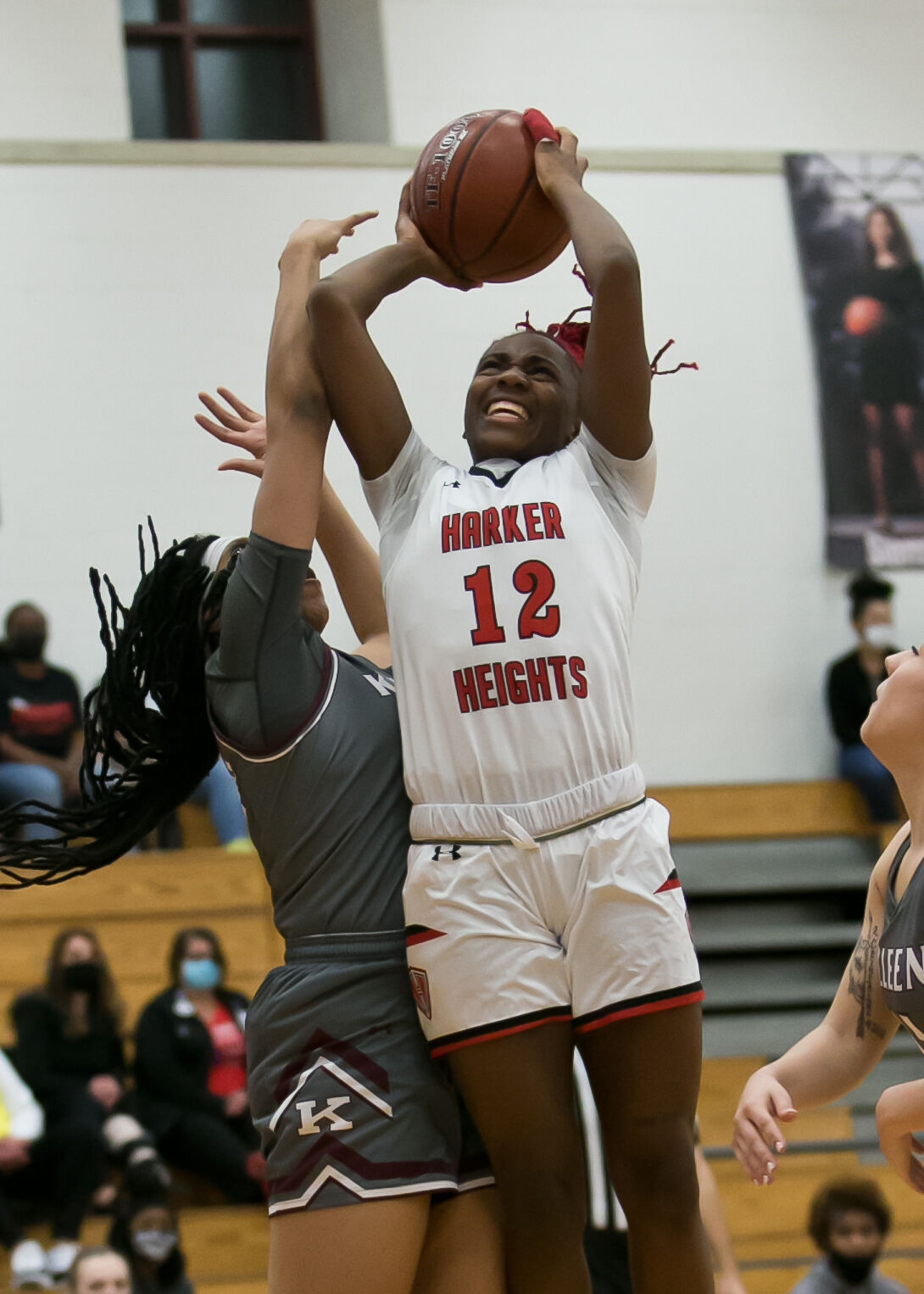 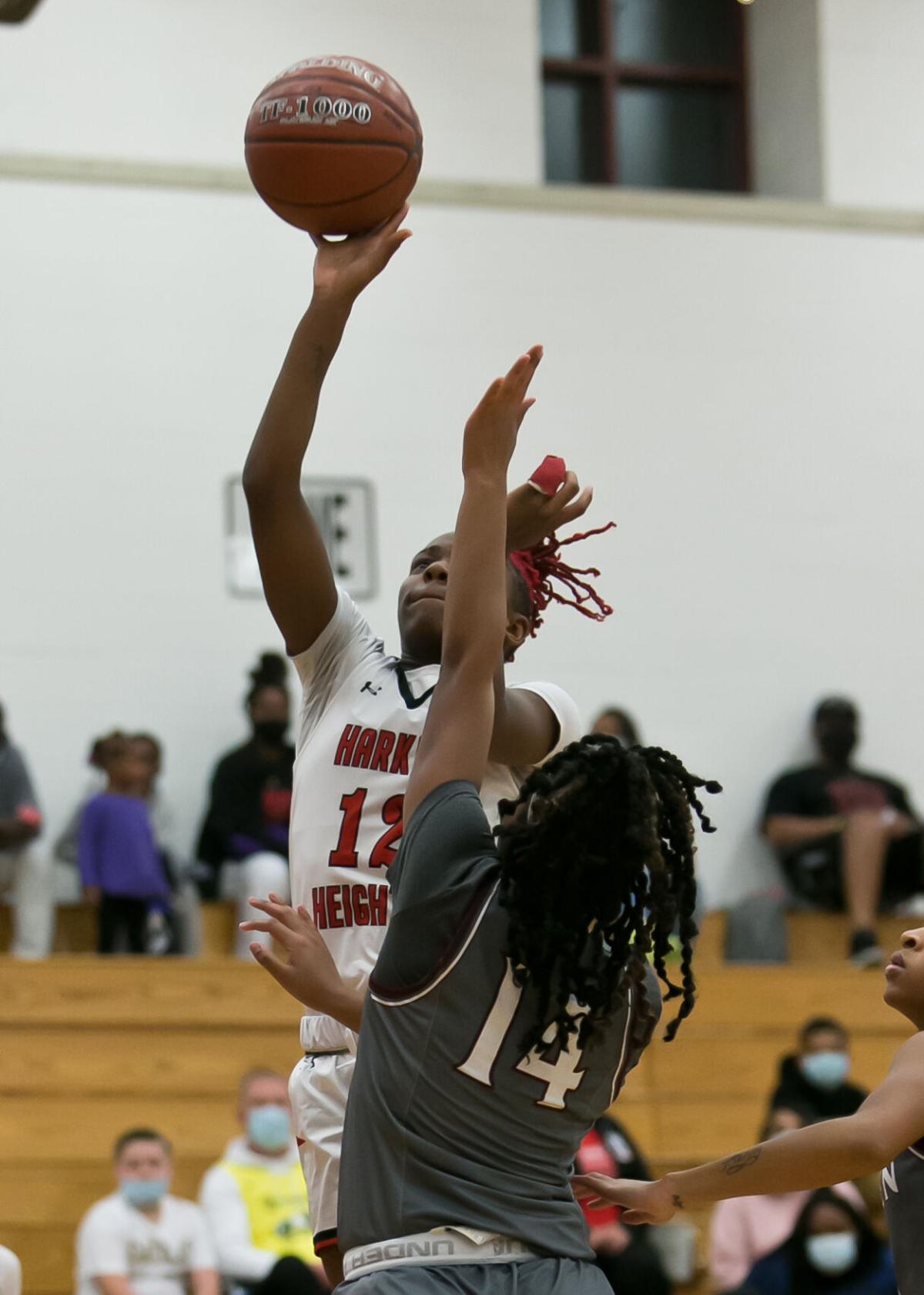 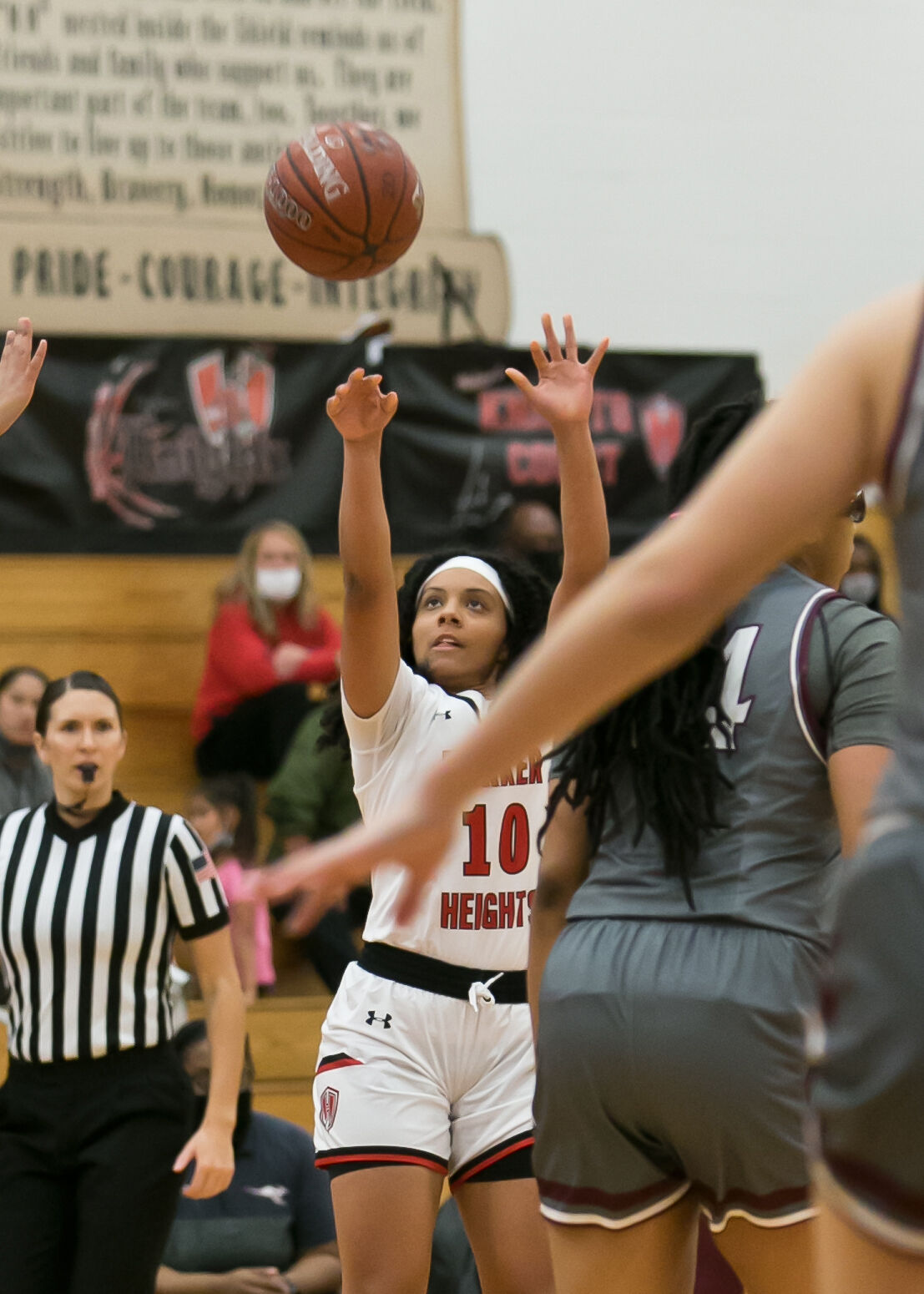 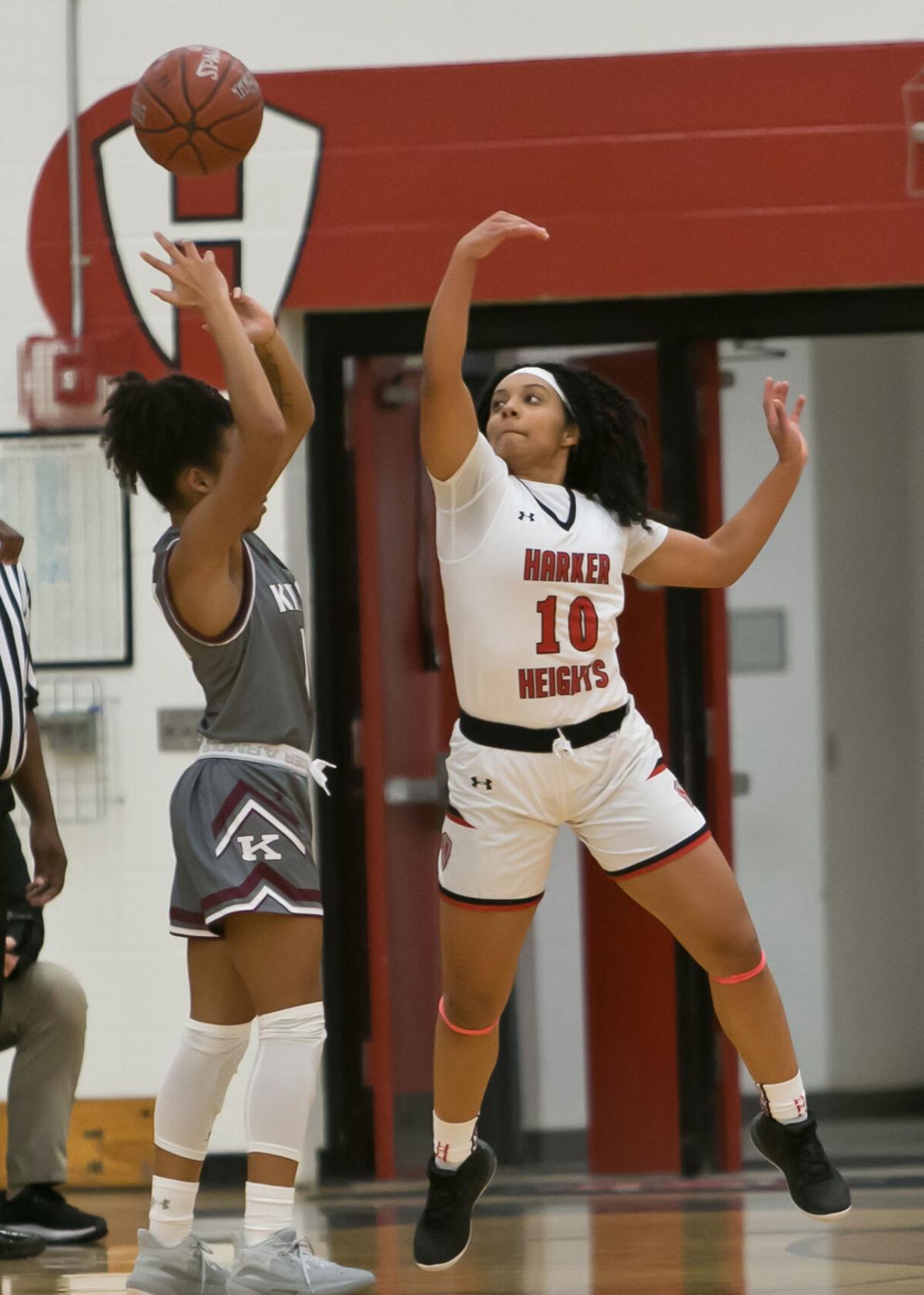 Harker Heights' Emri Lovell (10) swats the ball away for a steal against Killeen on Friday night at Harker Heights High School. 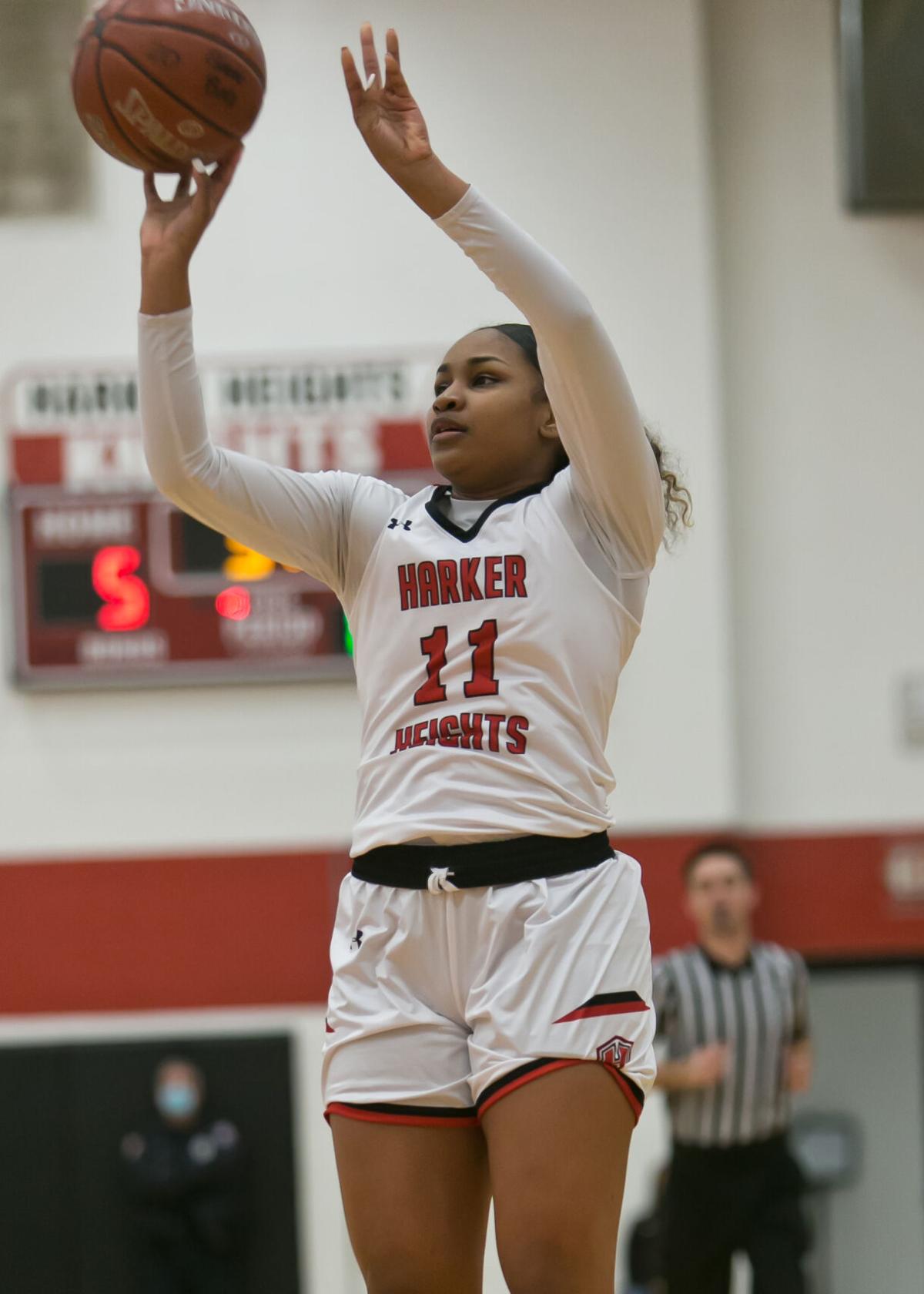 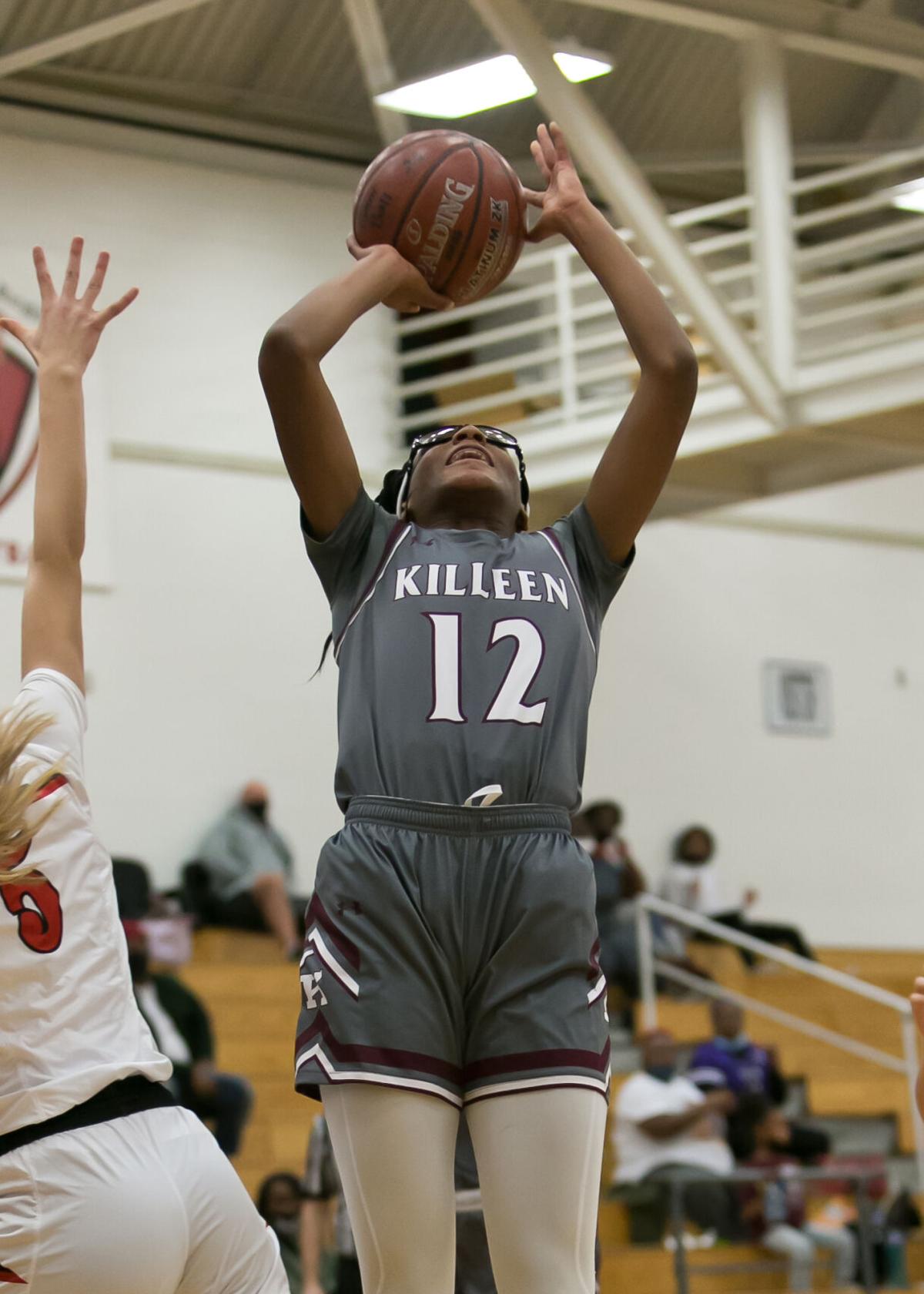 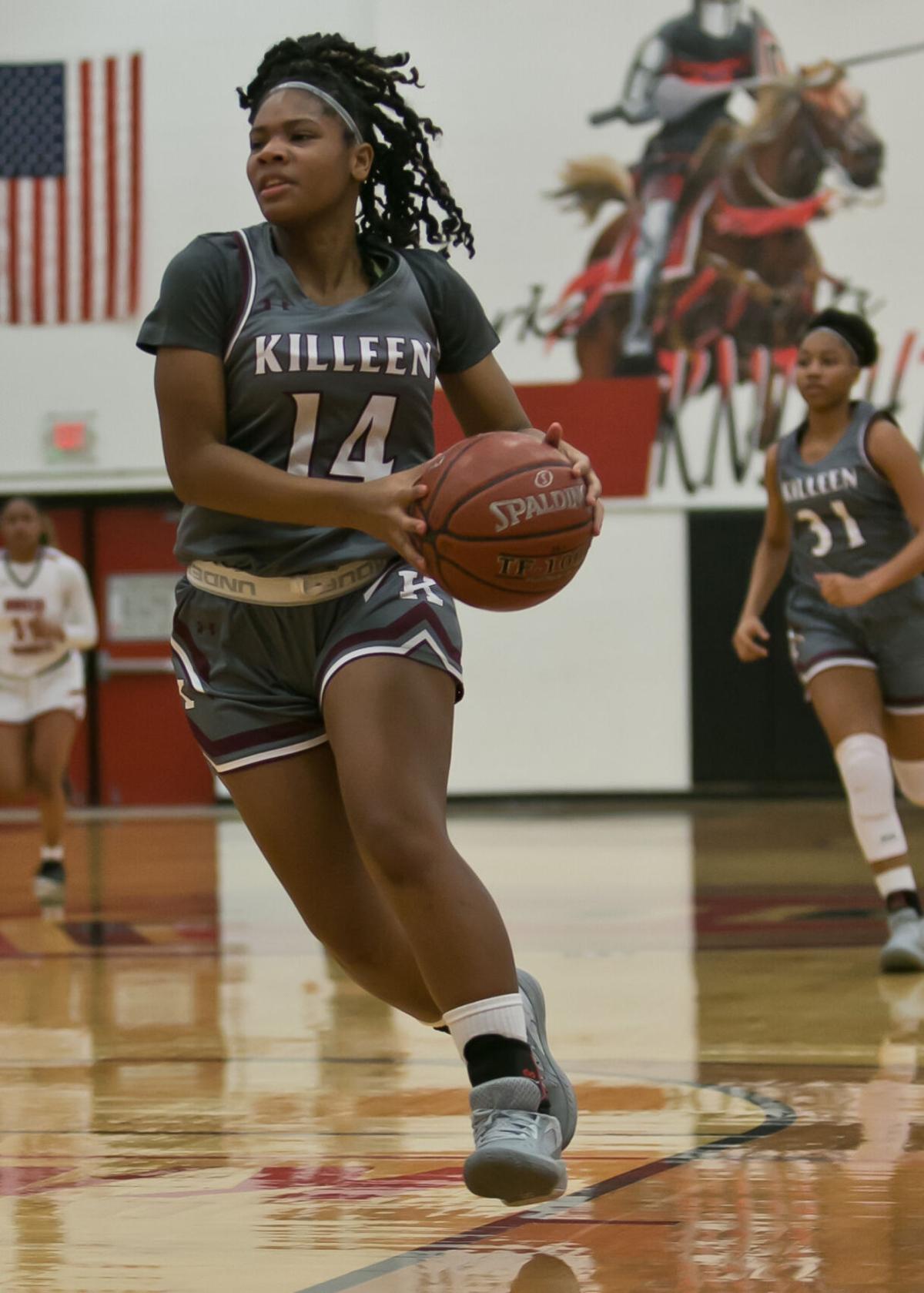 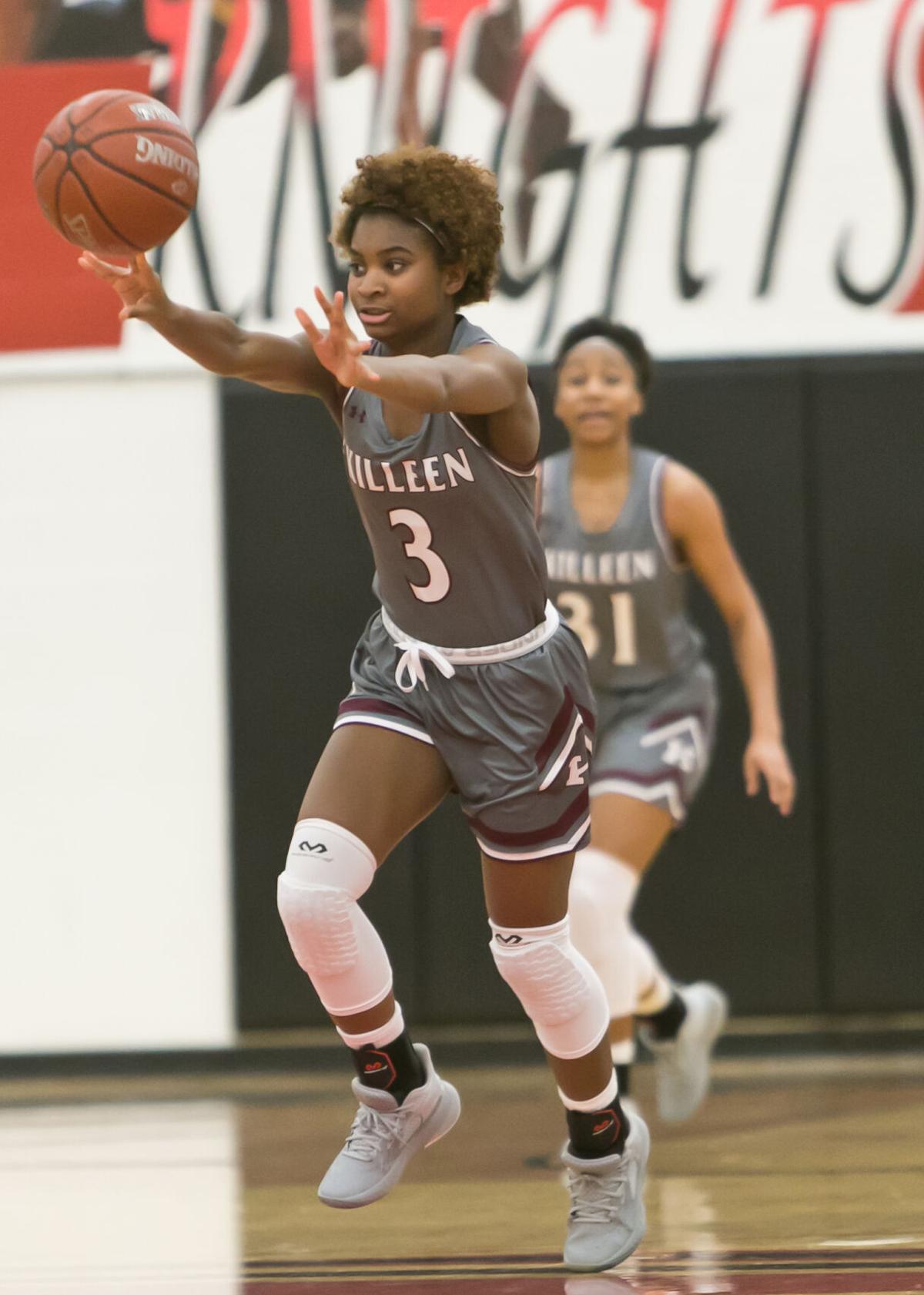 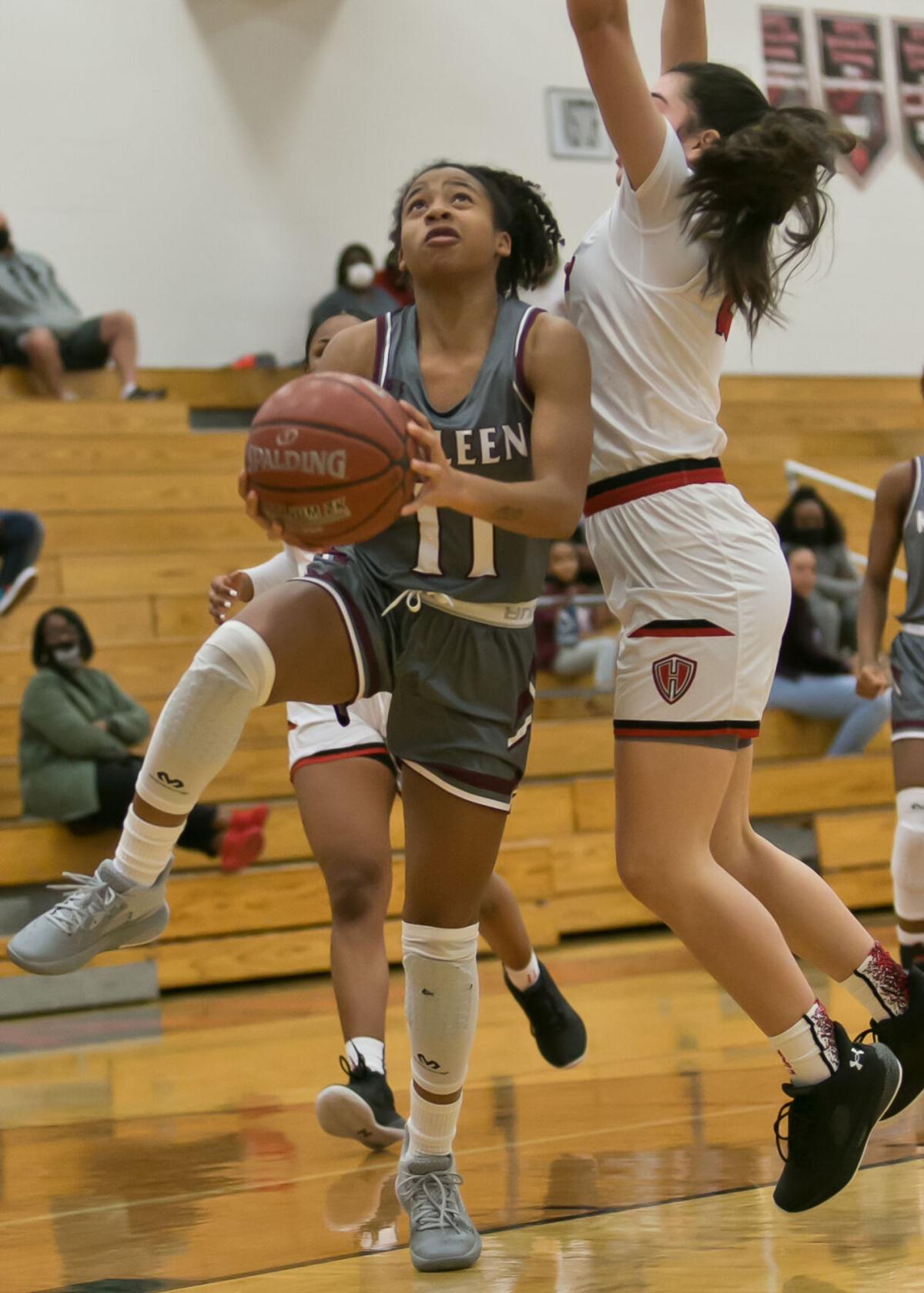 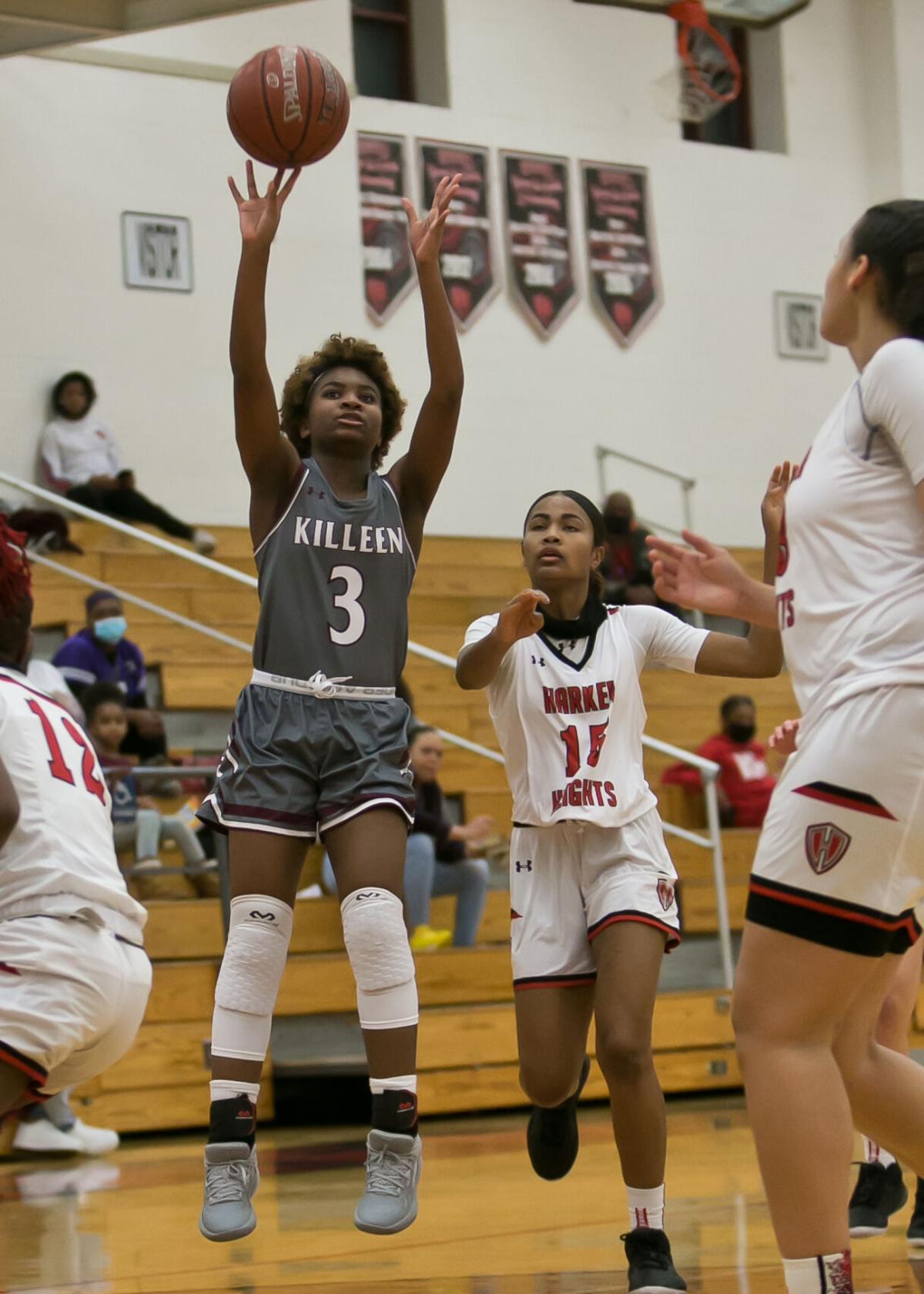 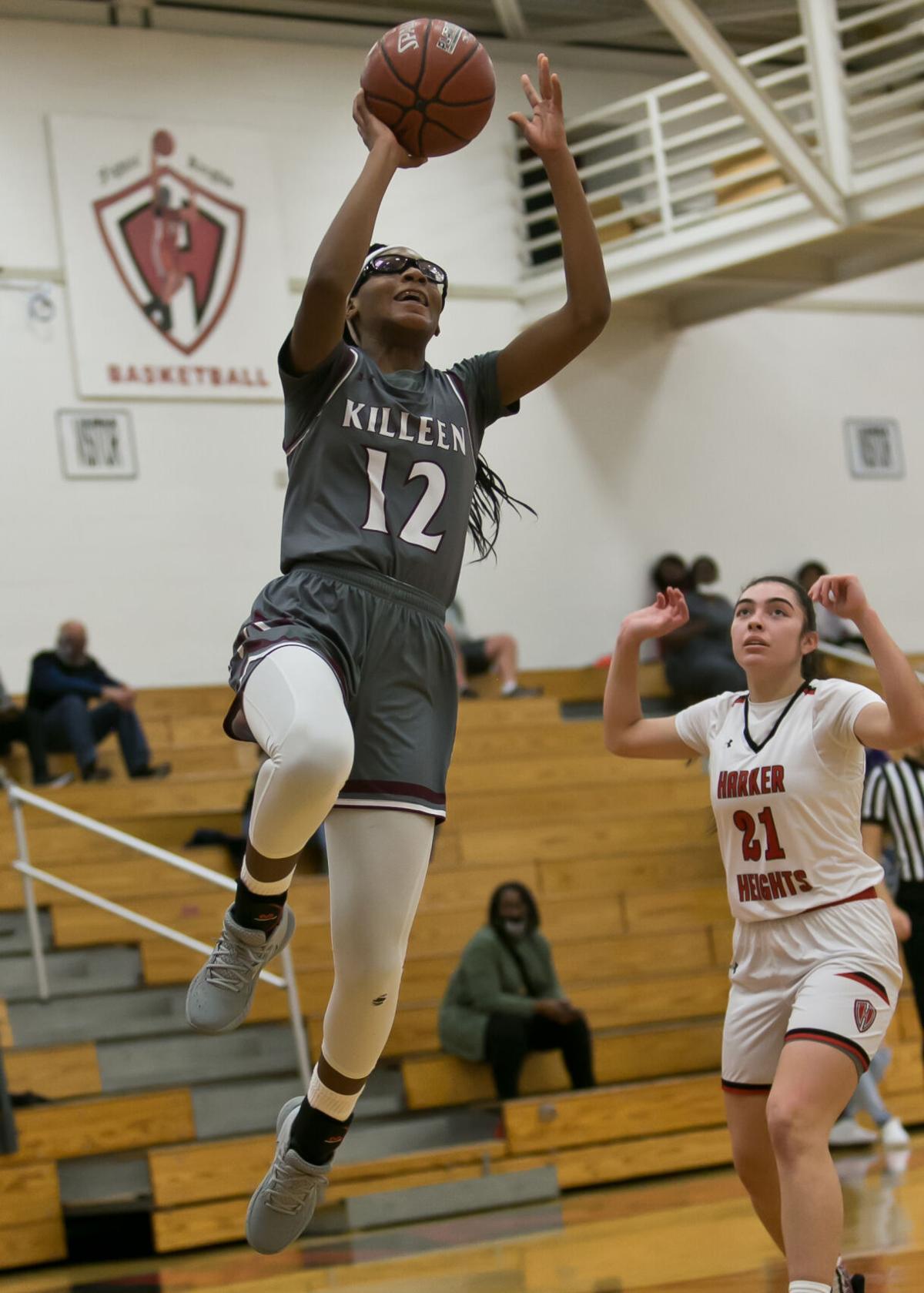 Harker Heights' Emri Lovell (10) swats the ball away for a steal against Killeen on Friday night at Harker Heights High School.

Other top scorers for the Lady Knights (6-0 12-6A) were Emri Lovell with 16 points and Angelique Morgan with eight.

Leading scorers for the Lady Roos were Taleiyah Gibbs with 12, and Arissa Griffin and Tyanna Simpson with seven each.

The Lady Roos opened the game by claiming a small lead, but as the quarter went on the Lady Knights used sound ball movement to close that lead.

“They came out guns fired and ready to play,” Heights coach Shirretha Nelson said. “I expected that. I don’t think my kids expected that.”

The end of the first quarter saw the Lady Knights up 25-14.

“I’m super proud of the success we have,” Nelson said.

“They’re doing exactly what I’m asking them to do. They don’t mind doing the things that need to be done for the team, and that makes me privileged to work with this group of young ladies because we don’t see that every day.”

Graham said it was a range of things that stopped the Lady Roos from being successful Friday night.

“We’ve got to make free throws,” Graham said. “Turning the ball over, not running the offense all the way through, you can’t win a basketball game like that. Letting kids that we know are Division 1 athletes do their thing, we have to shut them down.”

The Lady Knights hit the road to face Temple on Tuesday.

“It’s going to be dogfight,” Nelson said. “I feel like every game you play in our district you better bring your best game because you’re apt to lose that game. I’m trying to keep our kids focused.”

“Ellison, right now, between them and Temple, are in the No. 2 spot,” Graham said. “It’s a rivalry game, that’s the original rivalry, Killeen versus Ellison.”

No. 9 Ellison bounces back from 1st loss with win over 1st-place Belton