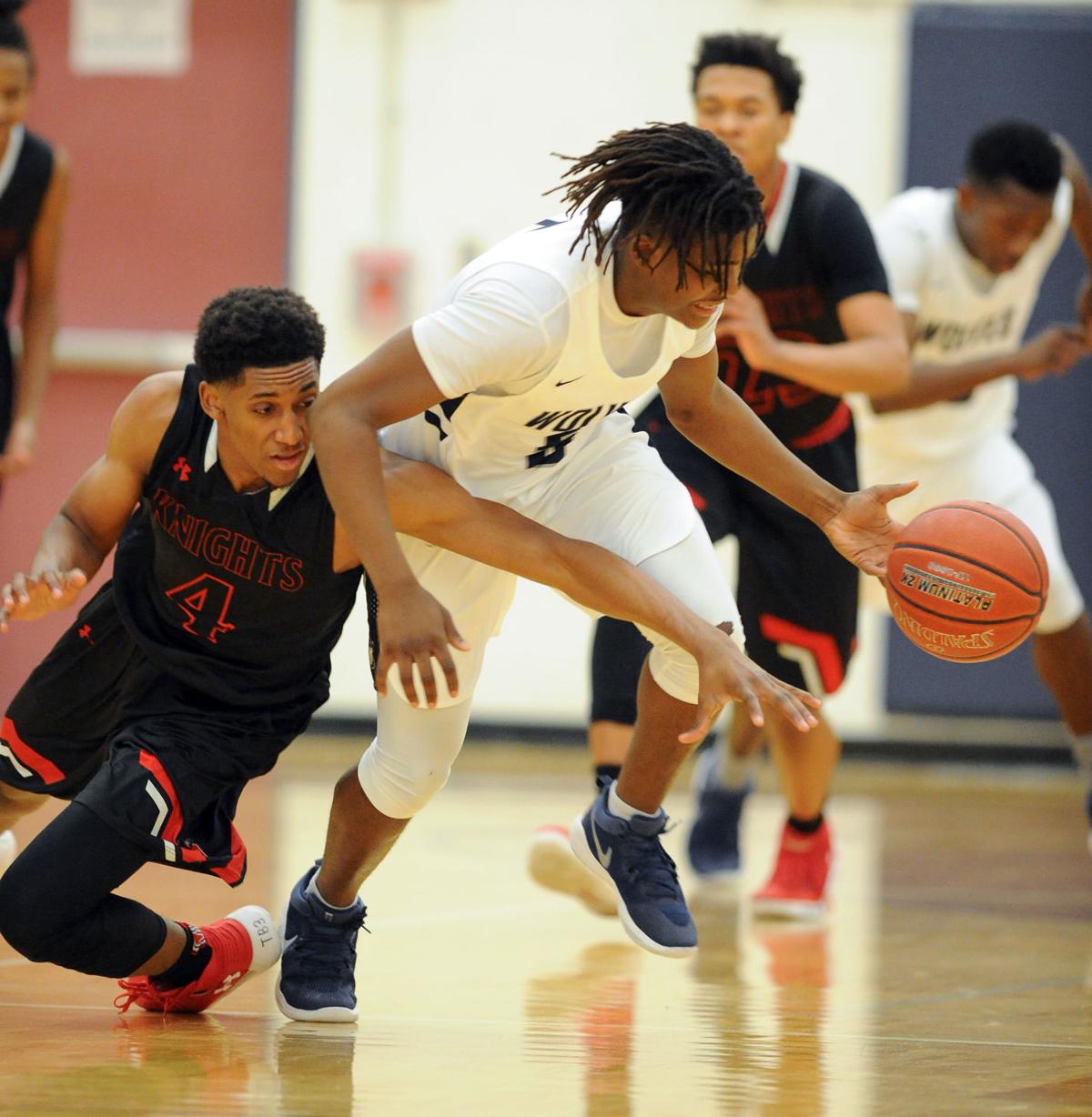 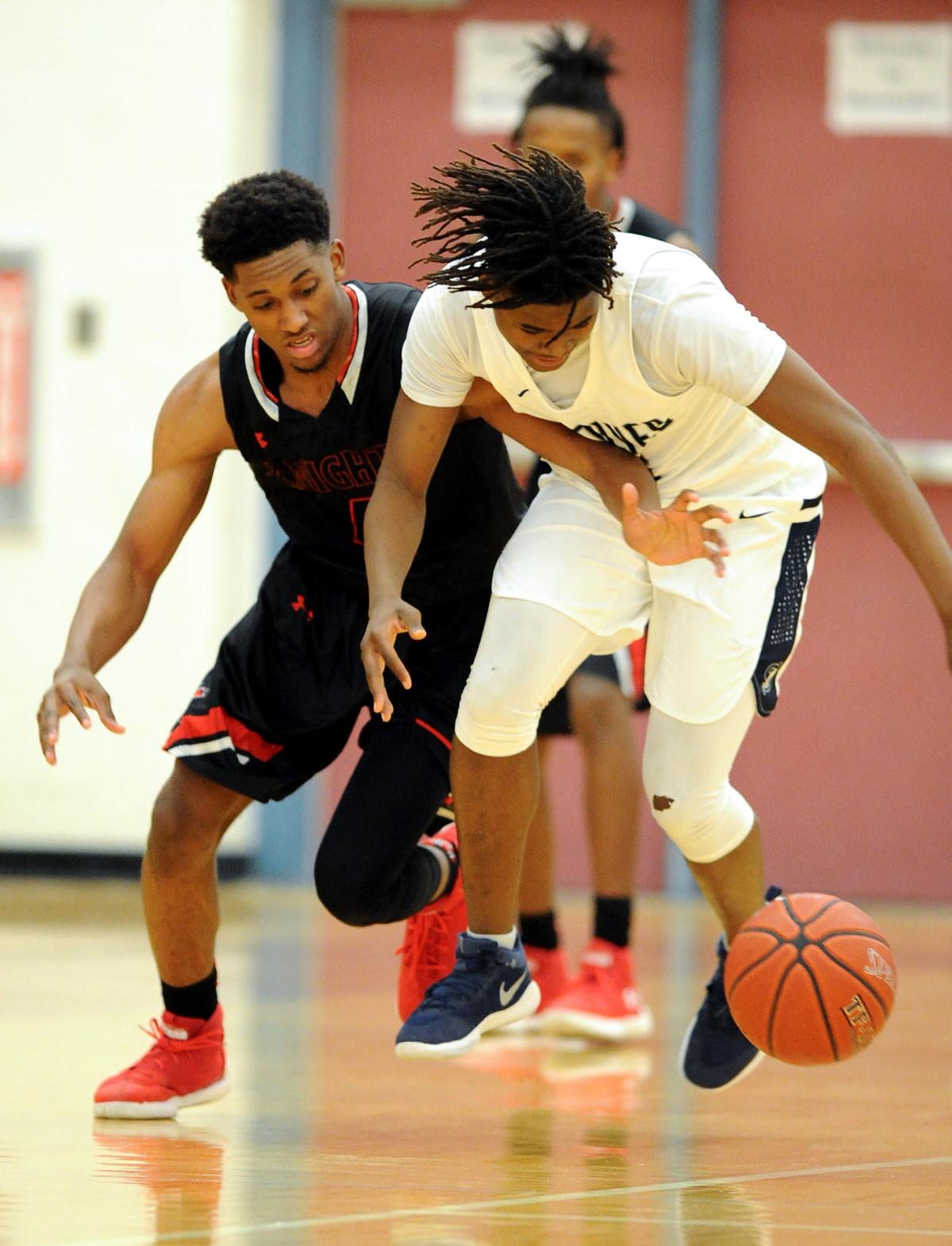 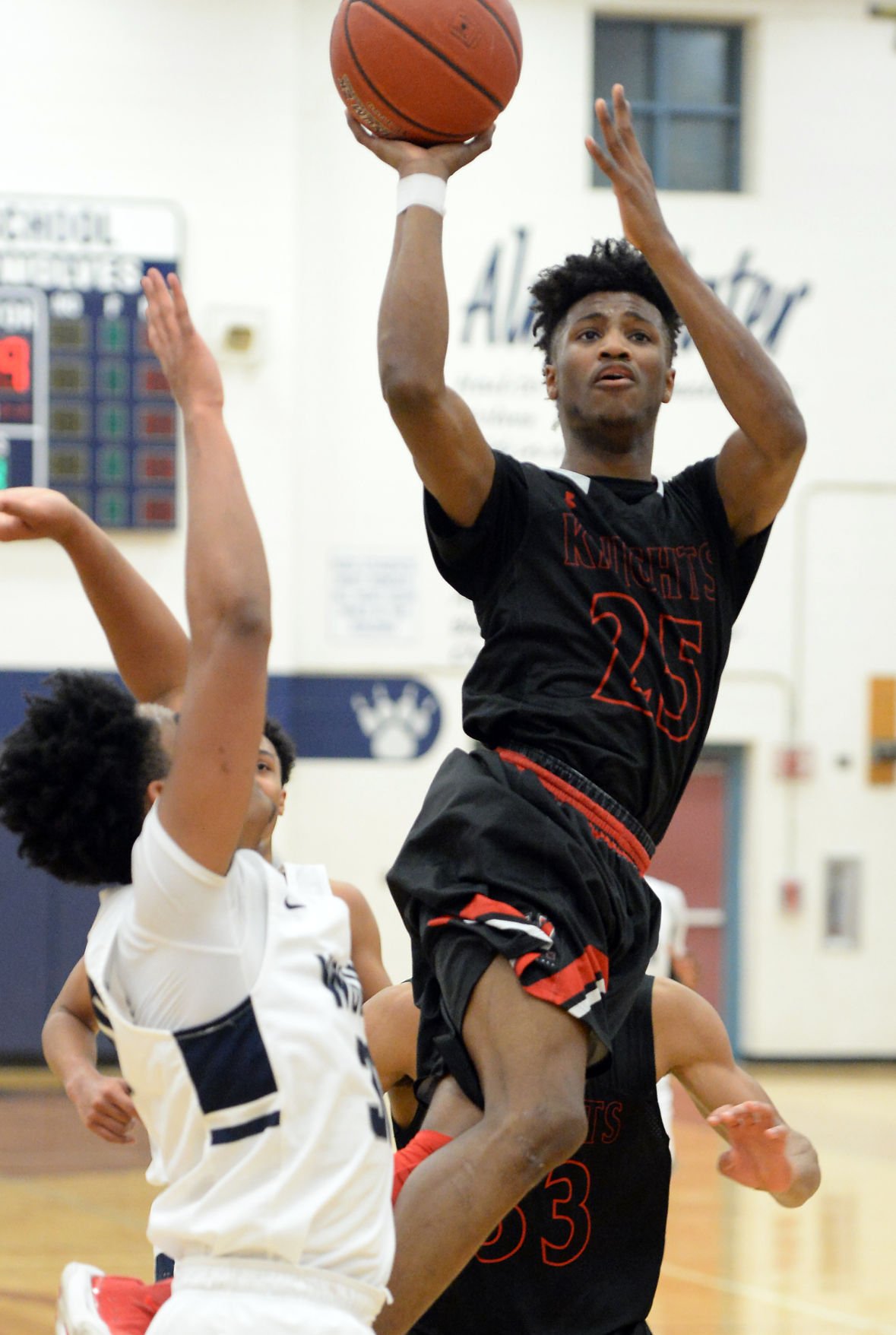 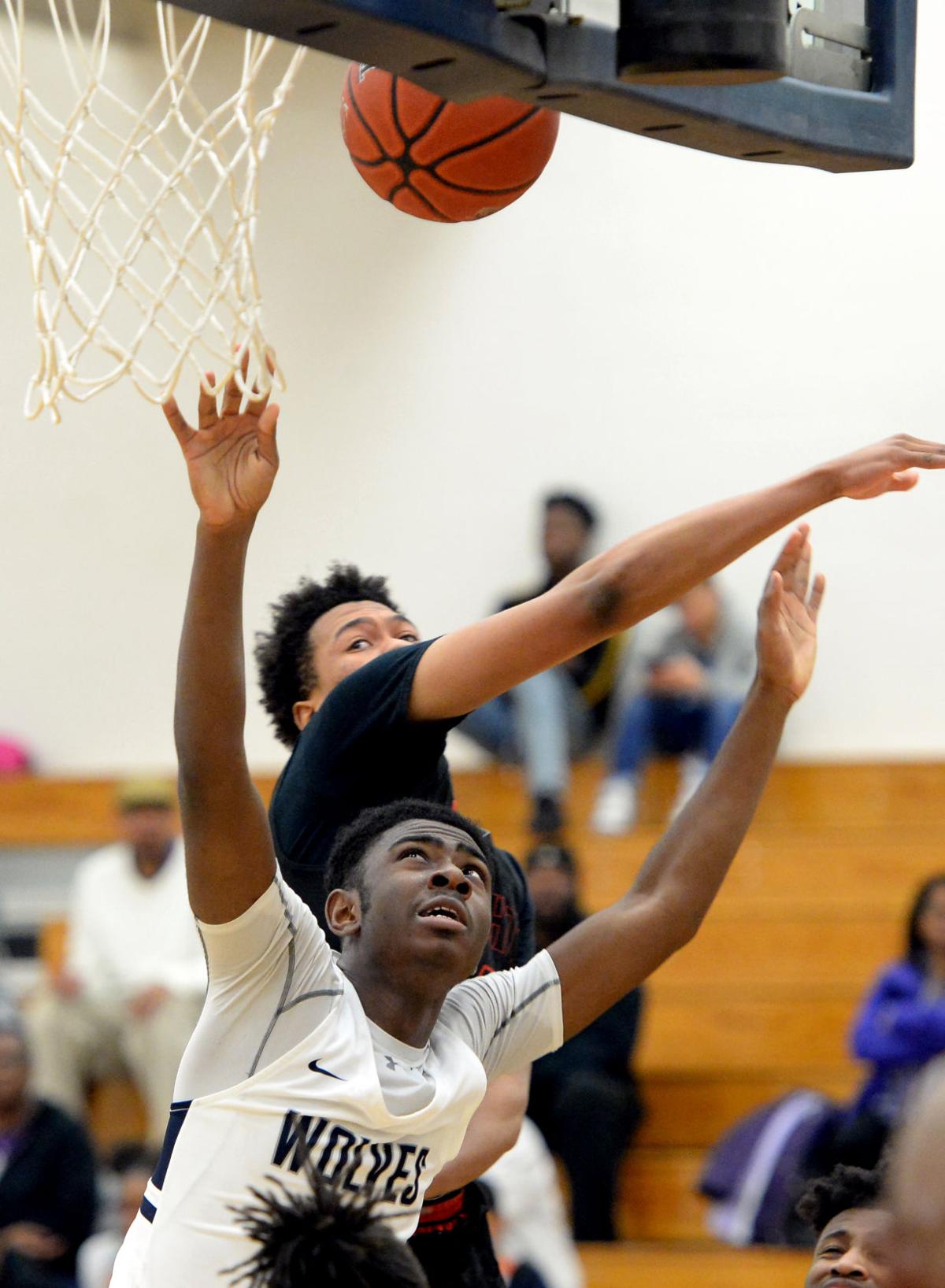 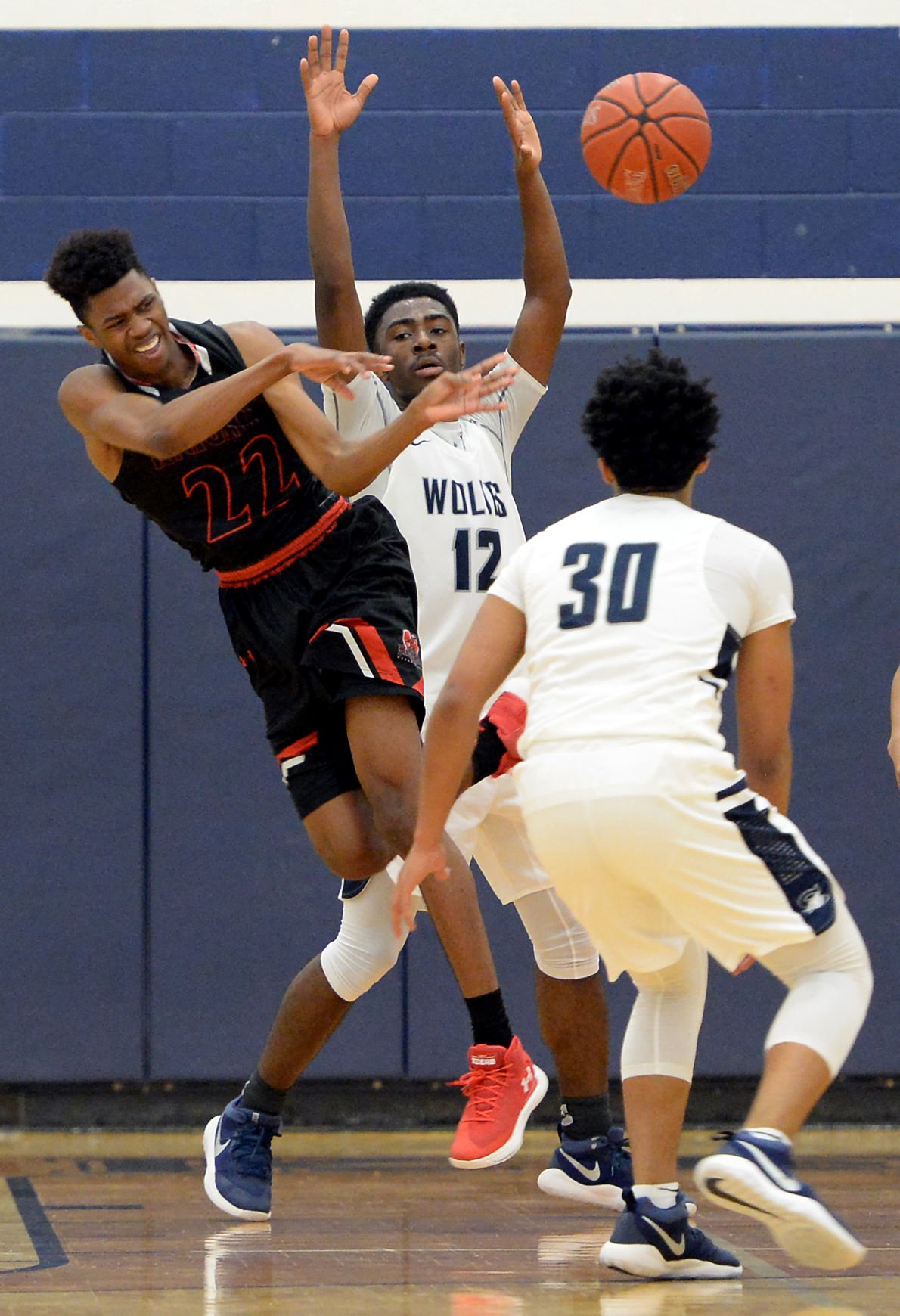 Harker Heights' Jalen Flowers, left,  makes a pass while being double-teamed by Shoemaker's Du'Wain Thomas and Ta'Veon Sevaatasi on Tuesday night at Shoemaker.

Harker Heights' Jalen Flowers, left,  makes a pass while being double-teamed by Shoemaker's Du'Wain Thomas and Ta'Veon Sevaatasi on Tuesday night at Shoemaker.

There is nothing glamorous about it.

When dissecting the game of basketball, one of the least dazzling plays is the free throw, but that does not make it unimportant, and Harker Heights guard Dillon Gooding will be the first to admit it.

After watching 12-point, fourth-quarter dwindle down to a one-possession game, the Knights scored their final five points at the free-throw line, making eight of their 10 attempts in the quarter, en route to a 62-57 victory at Shoemaker.

Following the win, Gooding admitted the foul shot might not be glitzy, but it is effective.

“As a young player, you think that shooting free throws is boring, and you don’t want to do it, but they really made the difference in this ballgame, and watching my teammates knock them down after knowing they’ve worked hard at it just makes me really happy.”

All but five of Harker Heights’ points in the fourth quarter came at the free-throw line, and while the Knights’ thrived, the Grey Wolves struggled.

Shoemaker attempted 15 free throws in the final period, but only made eight.

“My guys were clutch at the free-throw line,” Harker Heights head coach Celneque Bobbitt said, “and I think that’s what hurt Shoemaker.

“We were actually able to make ours, and they missed a couple to help us out.”

Down the stretch, every point was critical.

On the heels of Shoemaker scoring the game’s first points, Harker Heights (12-14, 6-6 District 8-6A) responded, taking a 20-13 lead into the second quarter before inflating the cushion to 31-21 by halftime.

Moments into the fourth quarter, the Knights held a 50-38 advantage, but the Grey Wolves rallied, scoring nine unanswered points to pull within three points. Harker Heights guard Jairus Cherry’s 3-pointer ended the outburst and helped extend the Knights’ lead to seven points, 57-50, before Shoemaker (15-12, 6-6) closed the gap once more.

But Harker Heights continued to deliver at the free-throw line as the Grey Wolves were forced to foul with time expiring.

“We had to grind it out,” Gooding said, “ and all my teammates were pulling through at the line and knocking them down.

“Watching them was just a great feeling.”

With the victory, Harker Heights keeps its playoff hopes alive, moving into a tie for third place with Shoemaker, Belton and Killeen with two games remaining in the regular season.

“We just to make sure we take care of our business,” Bobbitt said. “We don’t want to have to depend on anyone else.

“We’ve been coaching the kids hard, but they are listening. We’ve been working on free throws the last couple days, and that really carried us over the top.”