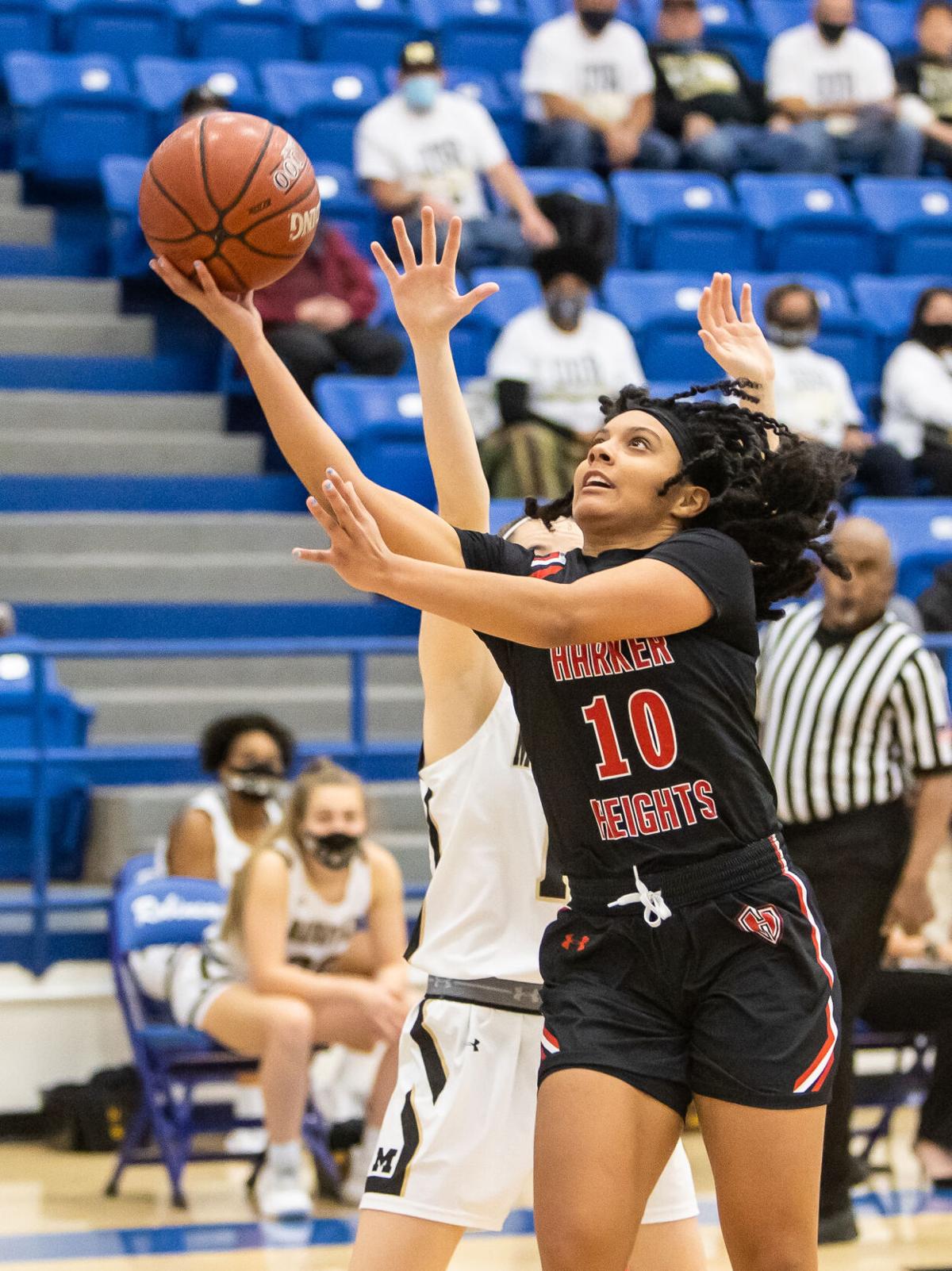 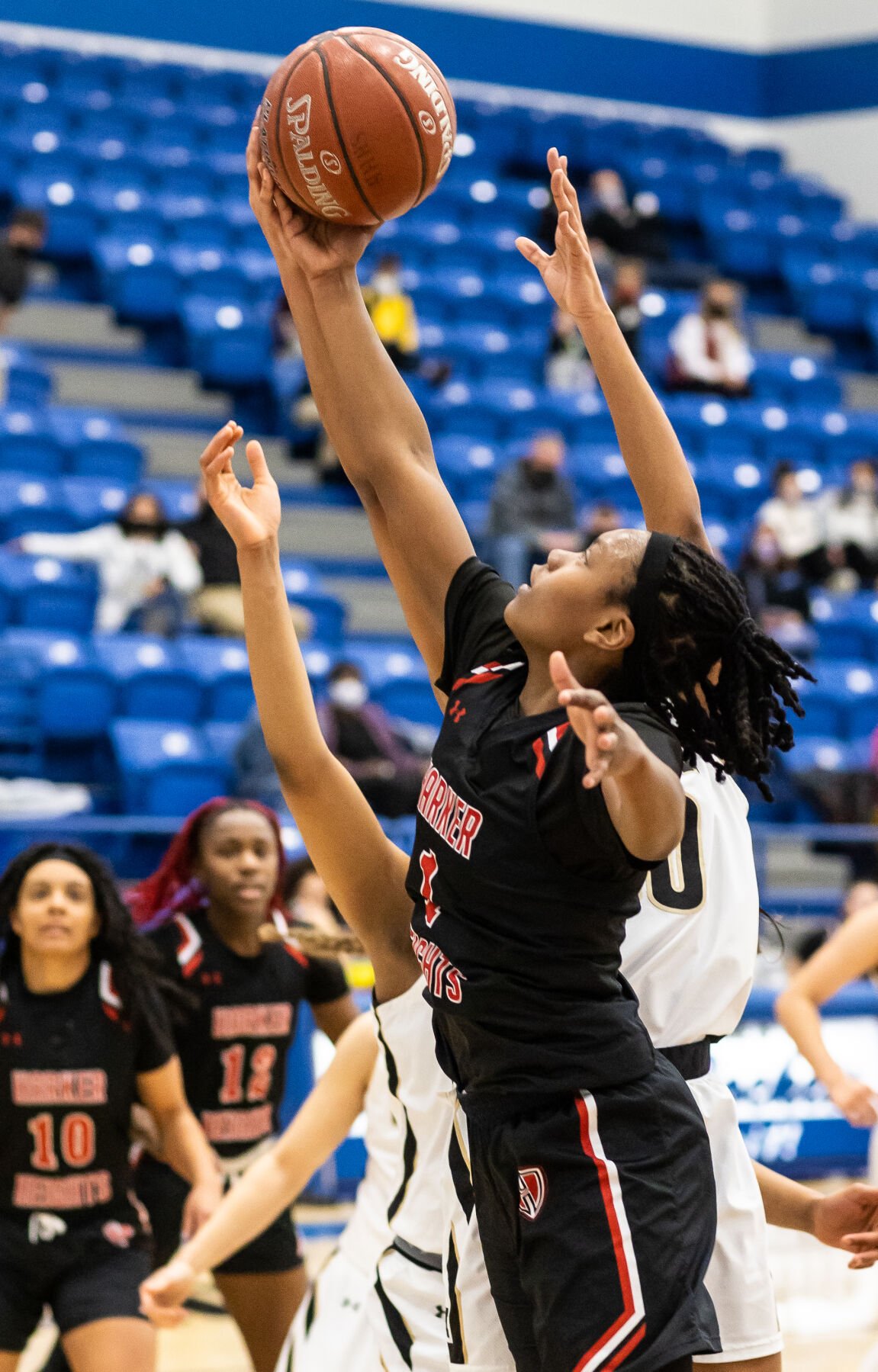 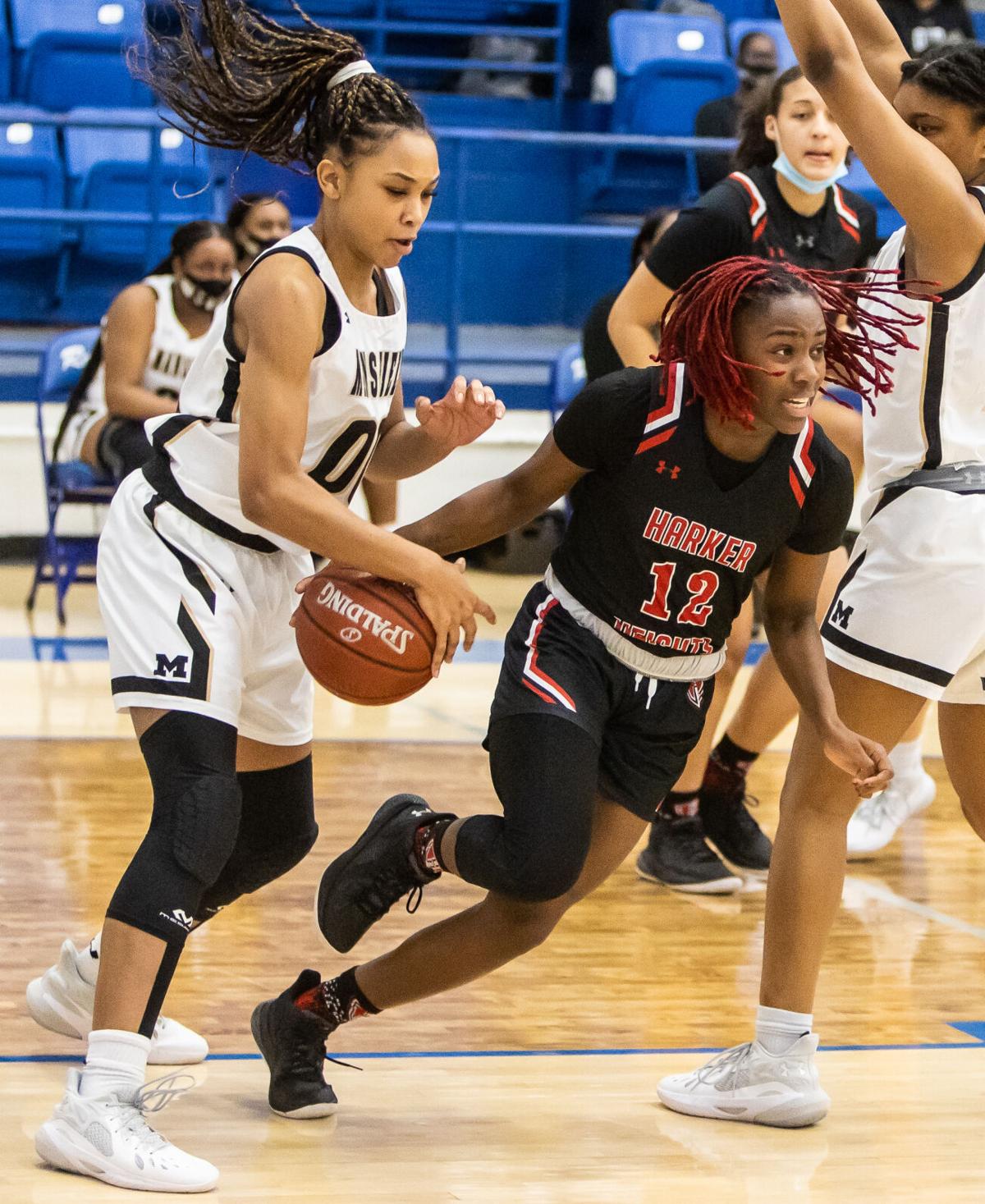 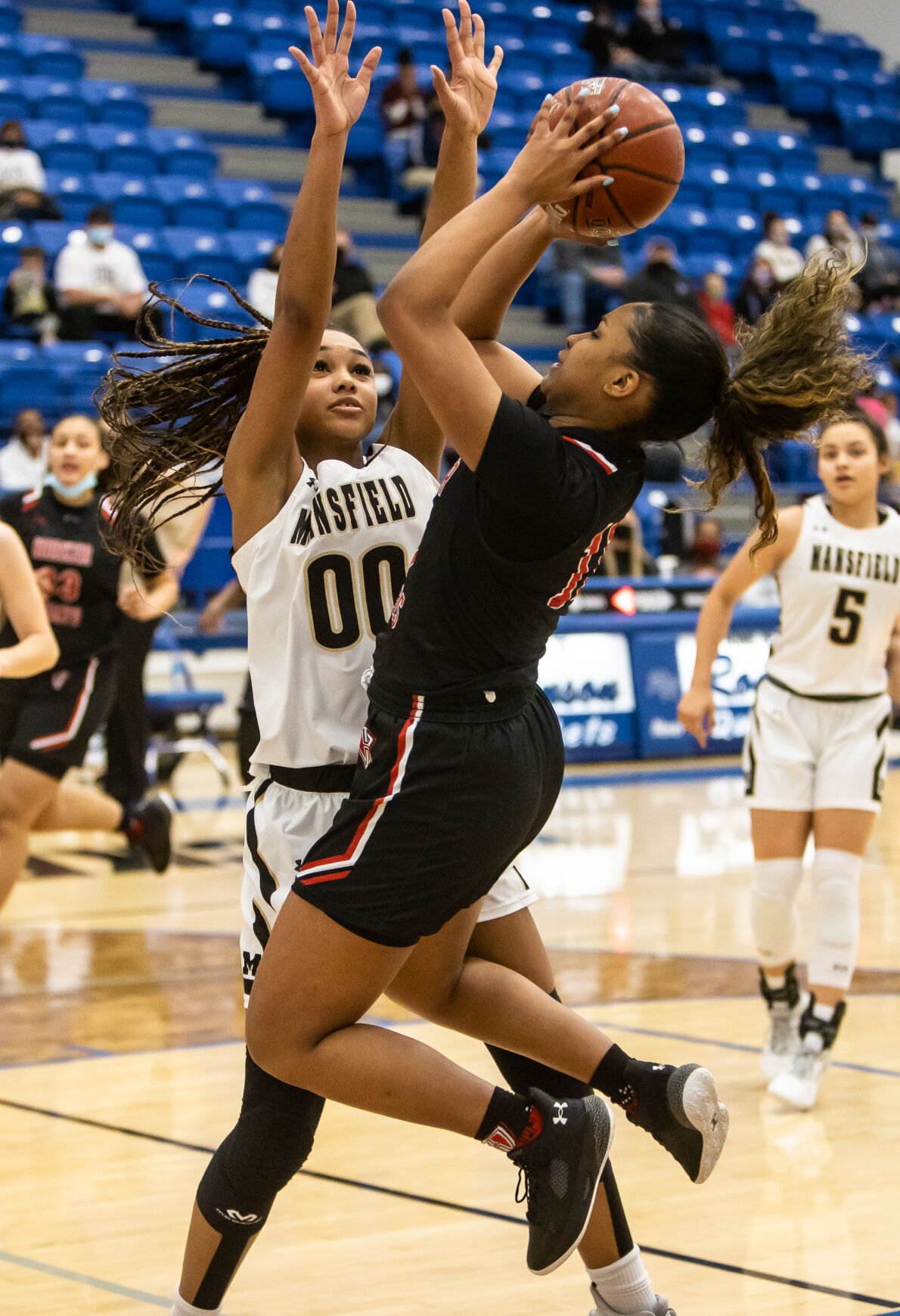 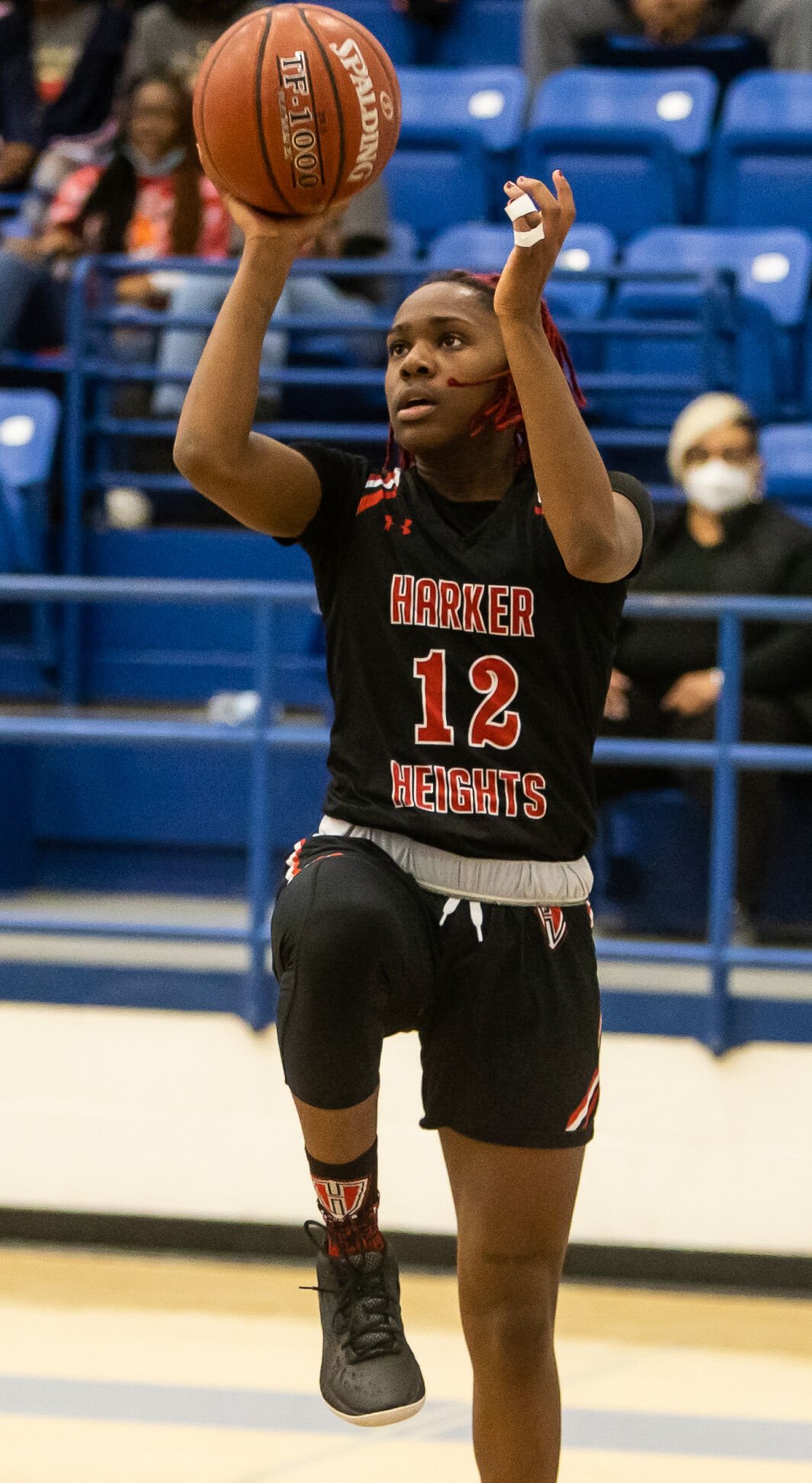 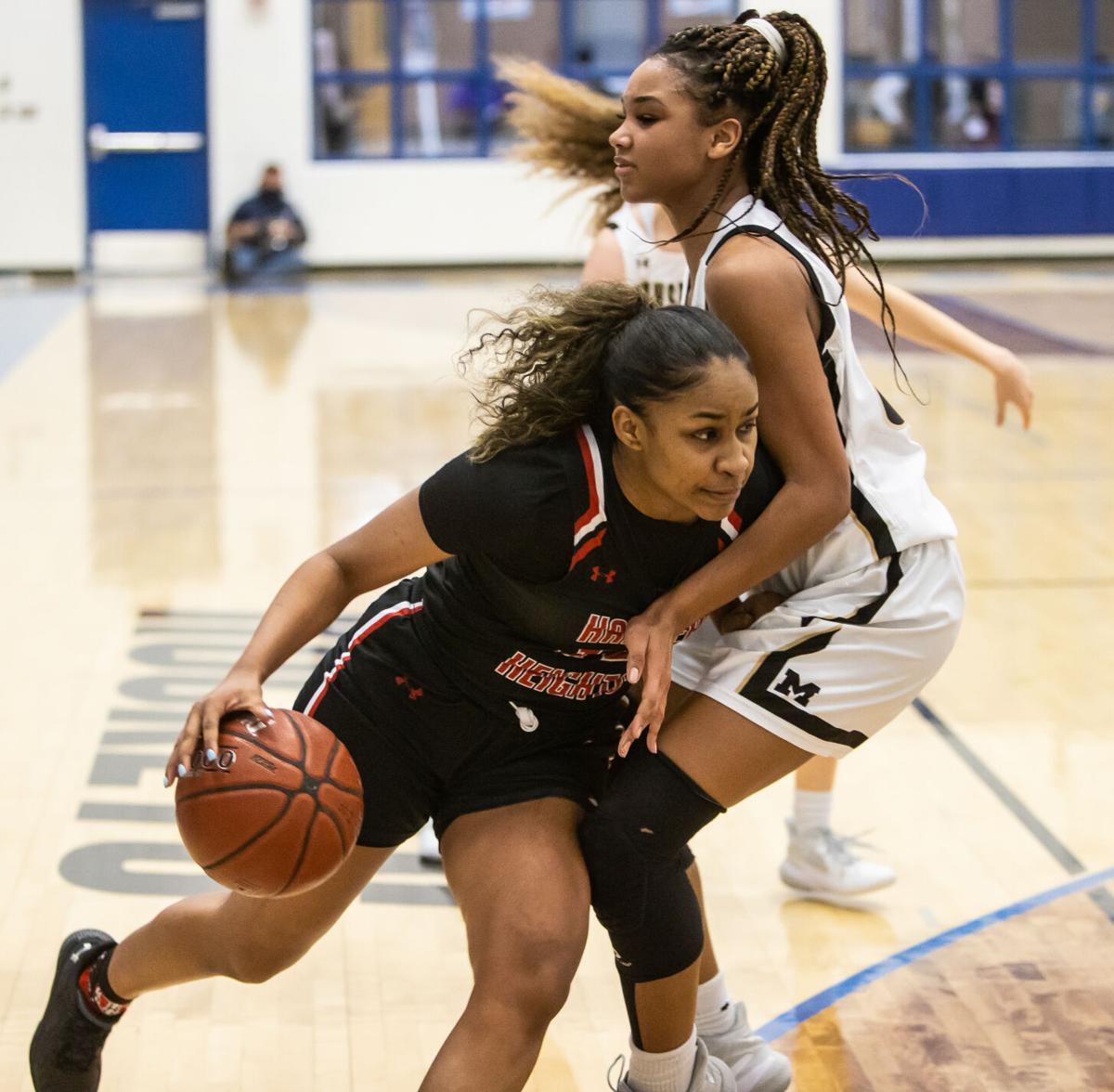 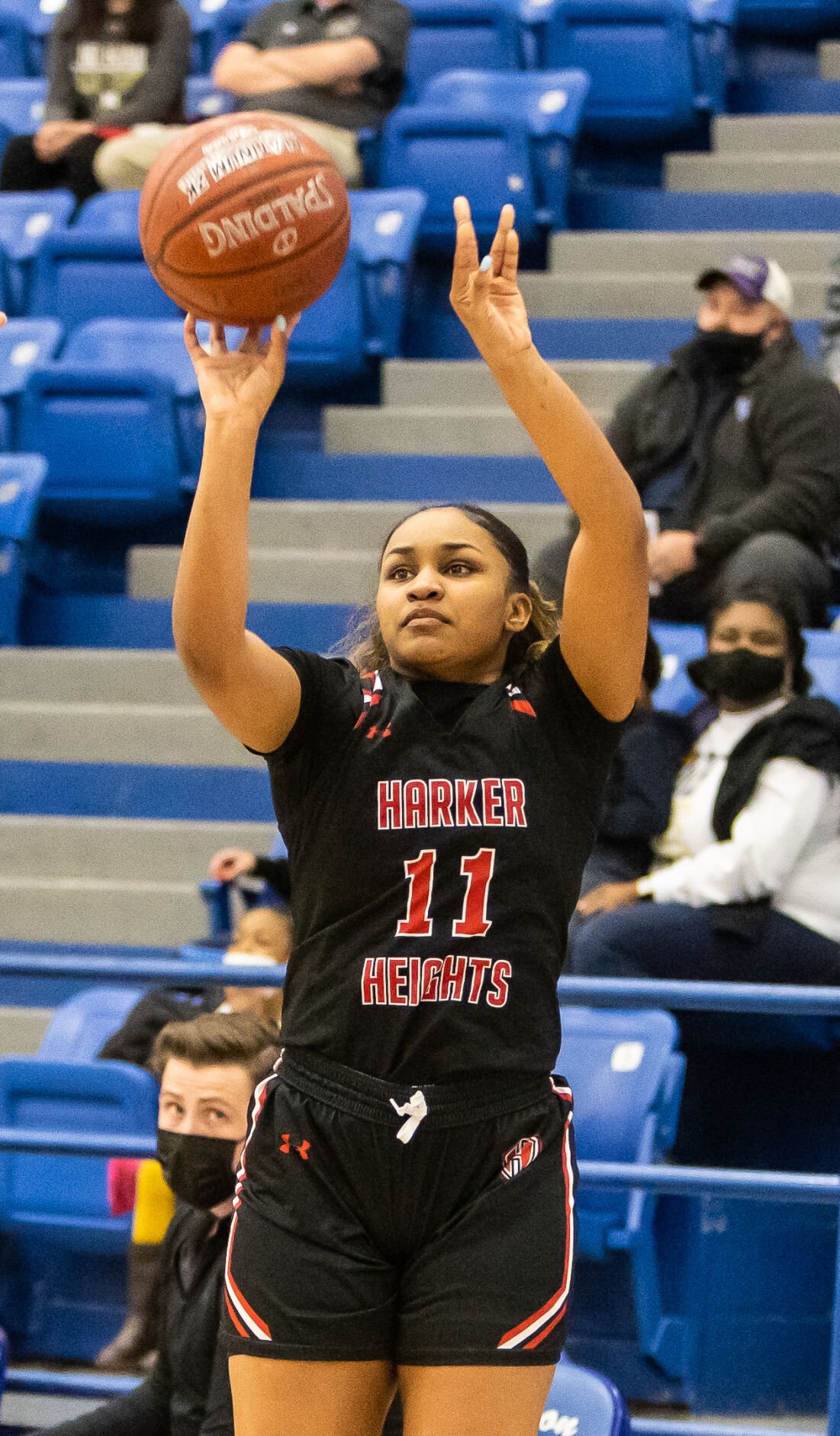 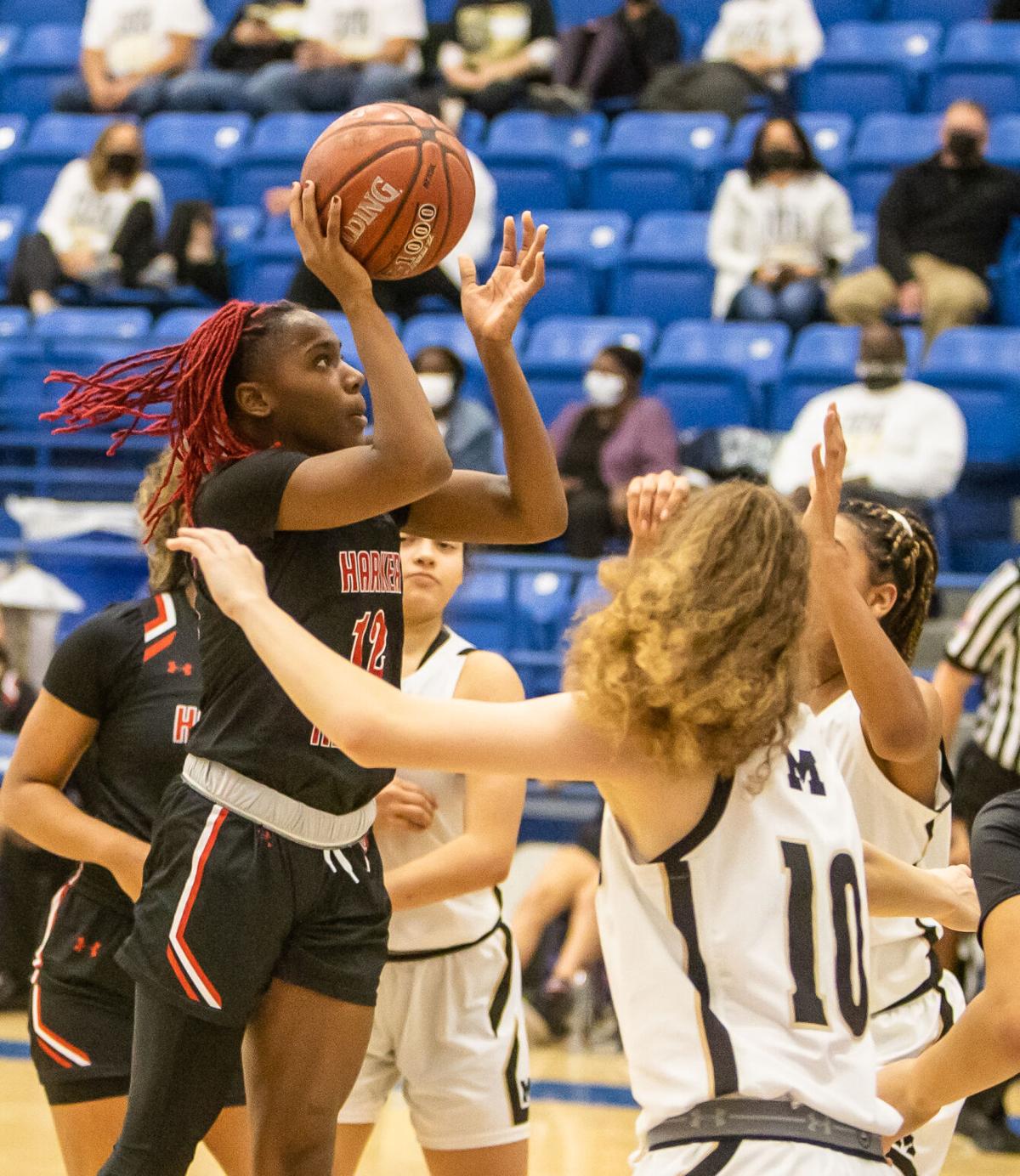 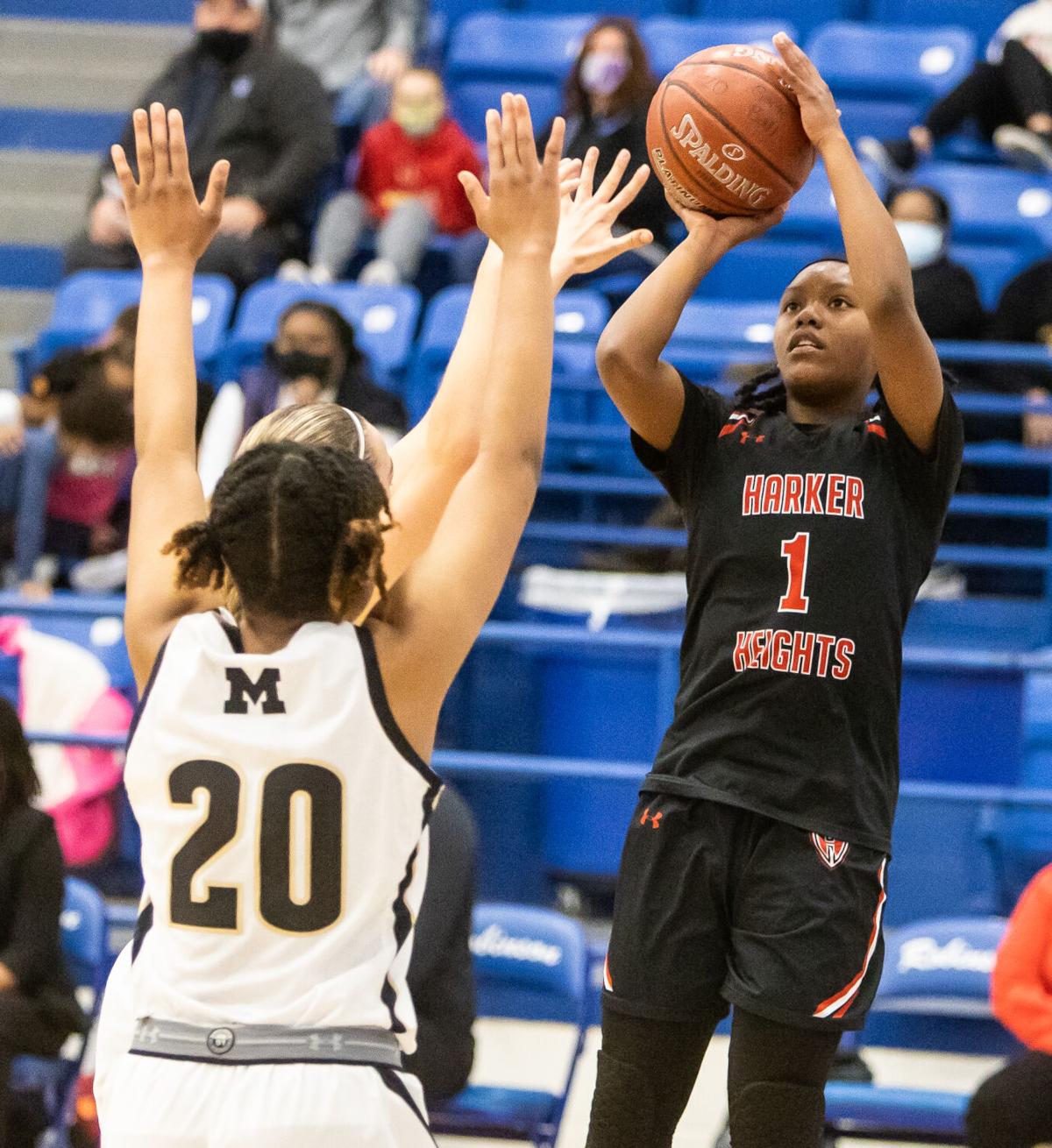 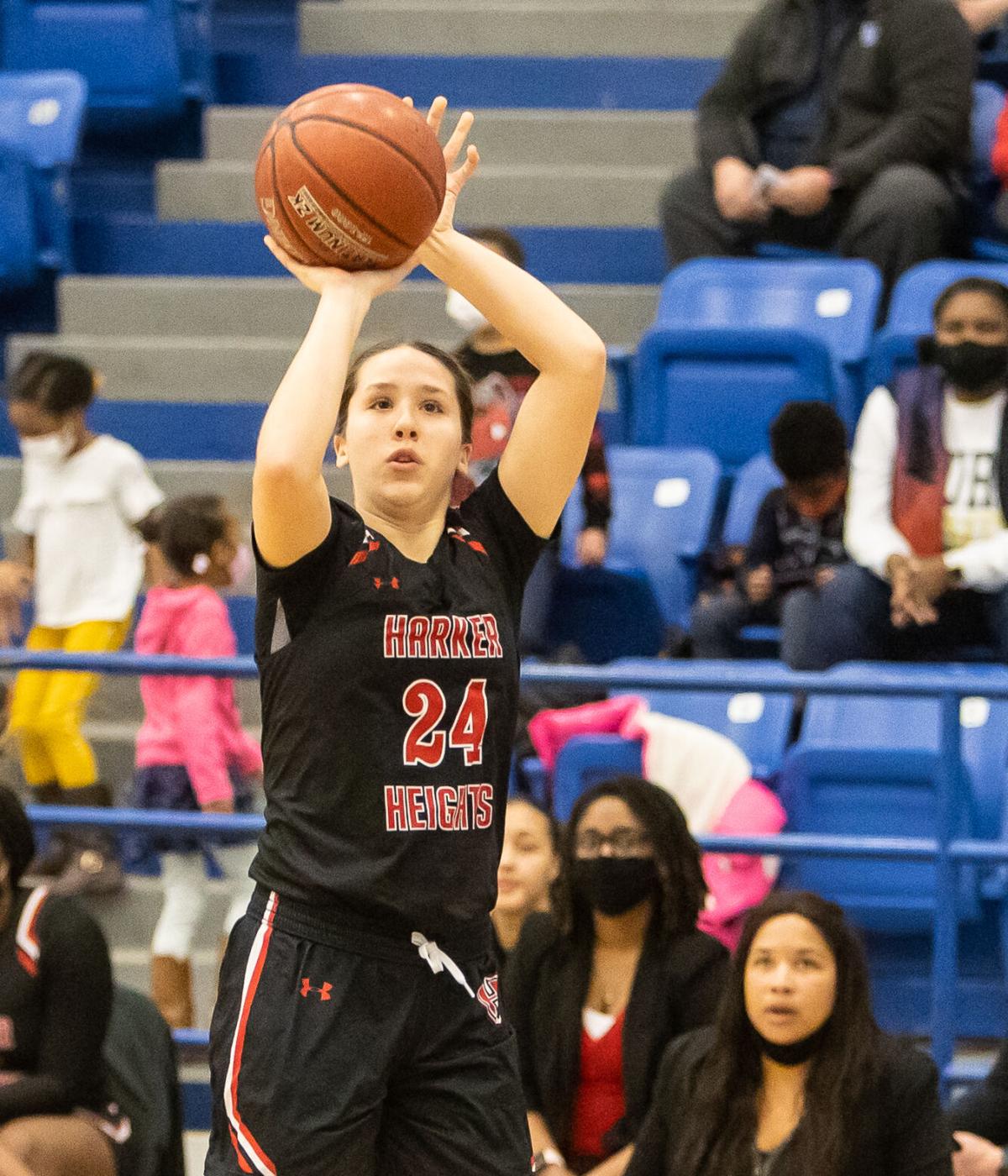 ROBINSON — It was simply too much to overcome.

For 10 days, Class 6A No. 22 Harker Heights sat idle as inclement weather spawned icy conditions across the state, repeatedly delaying its playoff opener.

The Lady Knights were unable to practice, watch film or take part in any team activities in the days leading up to Saturday’s bi-district game against Mansfield, and it showed.

Averaging more than 54 points en route to the District 12 championship, Harker Heights missed all 13 of its field-goal attempts in the first quarter and never recovered, as the Lady Tigers earned a 55-34 upset victory.

“We couldn’t find our rhythm from the beginning of the game,” she said. “We are an offensive

team, and after 10 days without touching a basketball until a 15-minute shoot-around before the game, that just was not conducive for us being effective.

Harker Heights senior guard Emri Lovell recorded the first two points of the game at the free-throw line, but the Lady Tigers, who advance to face Sachse in the area round, immediately responded by closing the quarter with a 13-1 run.

And they were not threatened for the duration of the contest.

Empress Roberts posted the Lady Knights’ first successful shot on a jumper to make the score 15-5 early in the second period, and Lovell’s steal and fastbreak layup on the ensuing possession trimmed the deficit to eight points, but they would not get any closer.

Mansfield answered with a 17-2 outburst in a run bridging halftime, and outside of back-to-back 3-pointers from Sierra Brooks to make the score 37-18 in the third quarter, Harker Heights (15-4) could not connect on consecutive shots.

“After being shut down for the weather,” Nelson said, “it was going to a be a challenge, but hands down, I thought we were prepared and ready to play.

“Things just didn’t fall our way. There were glimpses of who we are, but that was not the team I’ve been coaching all season, and that is difficult.”

Three players contributed at least 10 points for Mansfield (18-6), highlighted b senior post Zarria Carter’s game-high 18 points. She scored 14 of her points in the first half and grabbed seven rebounds.

Now, Harker Heights turns its attention toward the future, sporting 11 players on its roster who are eligible to return. Equally important, however, will be filling the void left by two seniors.

The defeat completed the careers of Brooks, the defending all-district most valuable player, and Lovell, a first-team selection as a junior, but their legacies will remain, according to Nelson.

“It’s going to be difficult next year,” she said. “Those are two phenomenal kids, and they are my only two seniors, but I feel like I’m losing 10 seniors.

“That’s just how big the void is going to be because of how much those two provide for our team and our program. ... I’m just heartbroken that they don’t get to experience a little more.”

Despite the duo’s departure, the goal remains the same as the Lady Knights will look to earn their third consecutive district championship next season.

Accomplishing it will not be easy, though.

“Outside of our seniors,” Nelson said, “everything we did was new to almost all those other kids.

“It’s like we had a lot of experience in two kids, and everyone else was just experiencing it for the first time.”

Class 6A No. 22 Harker Heights, Ellison and Shoemaker continue to wait.