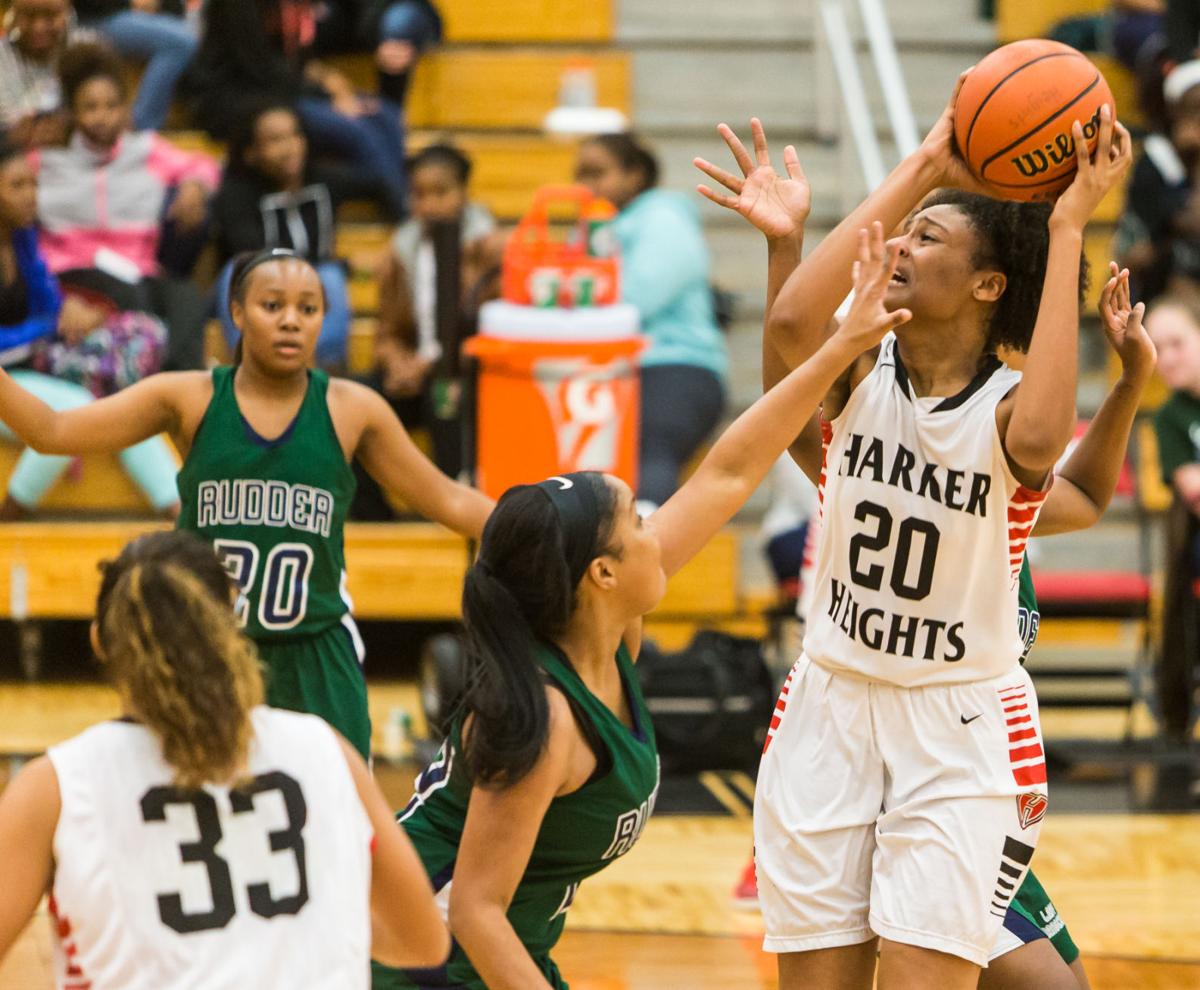 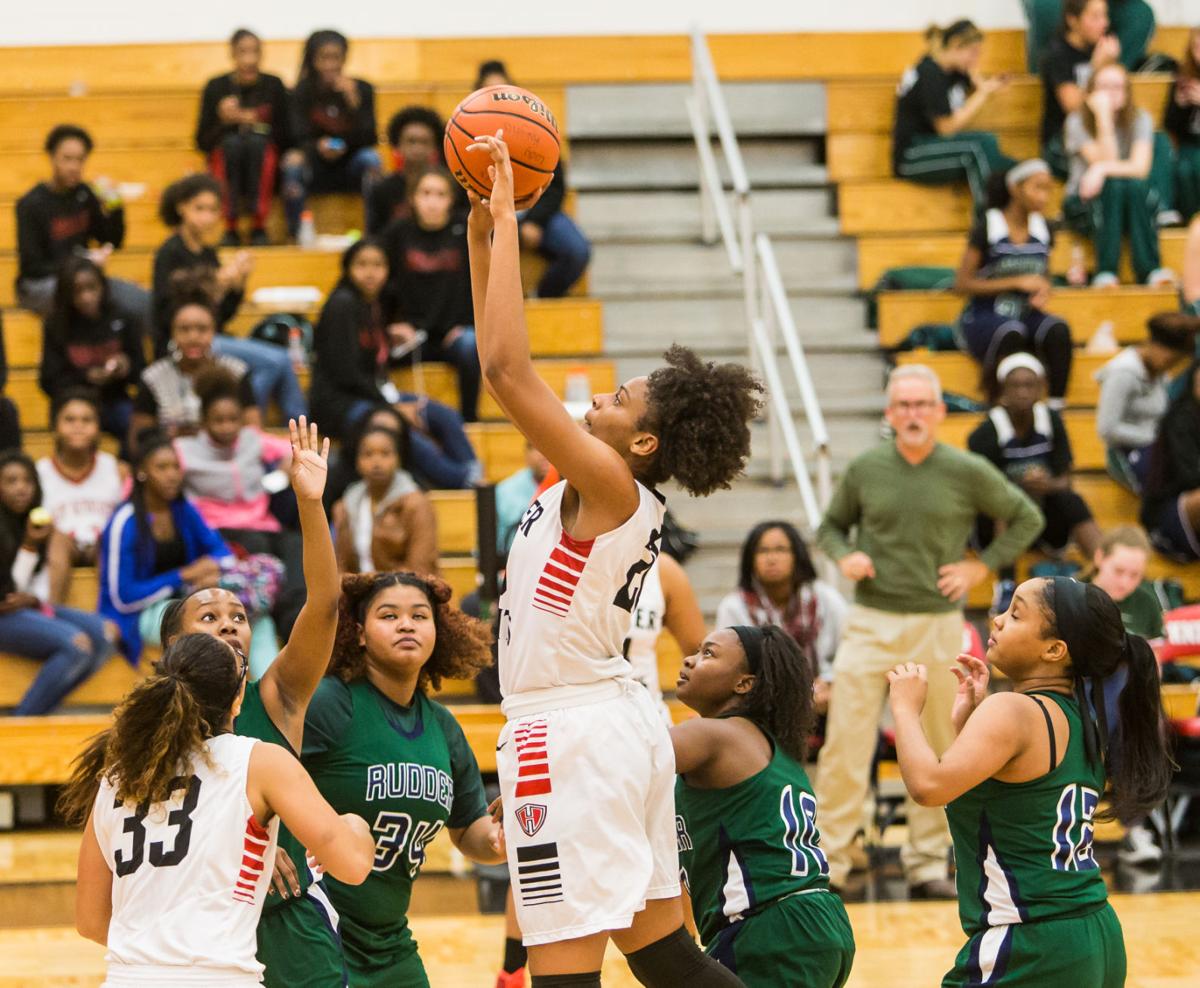 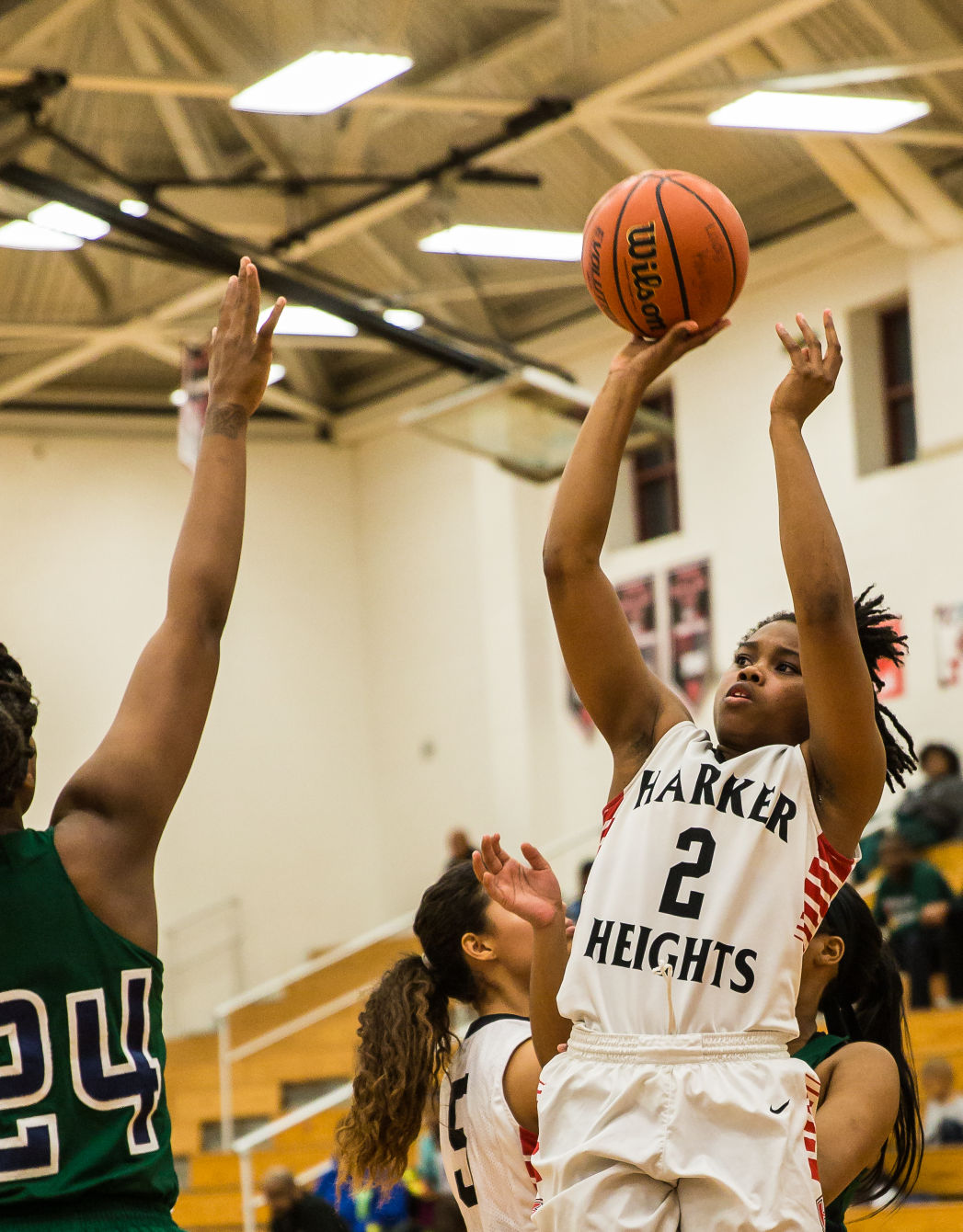 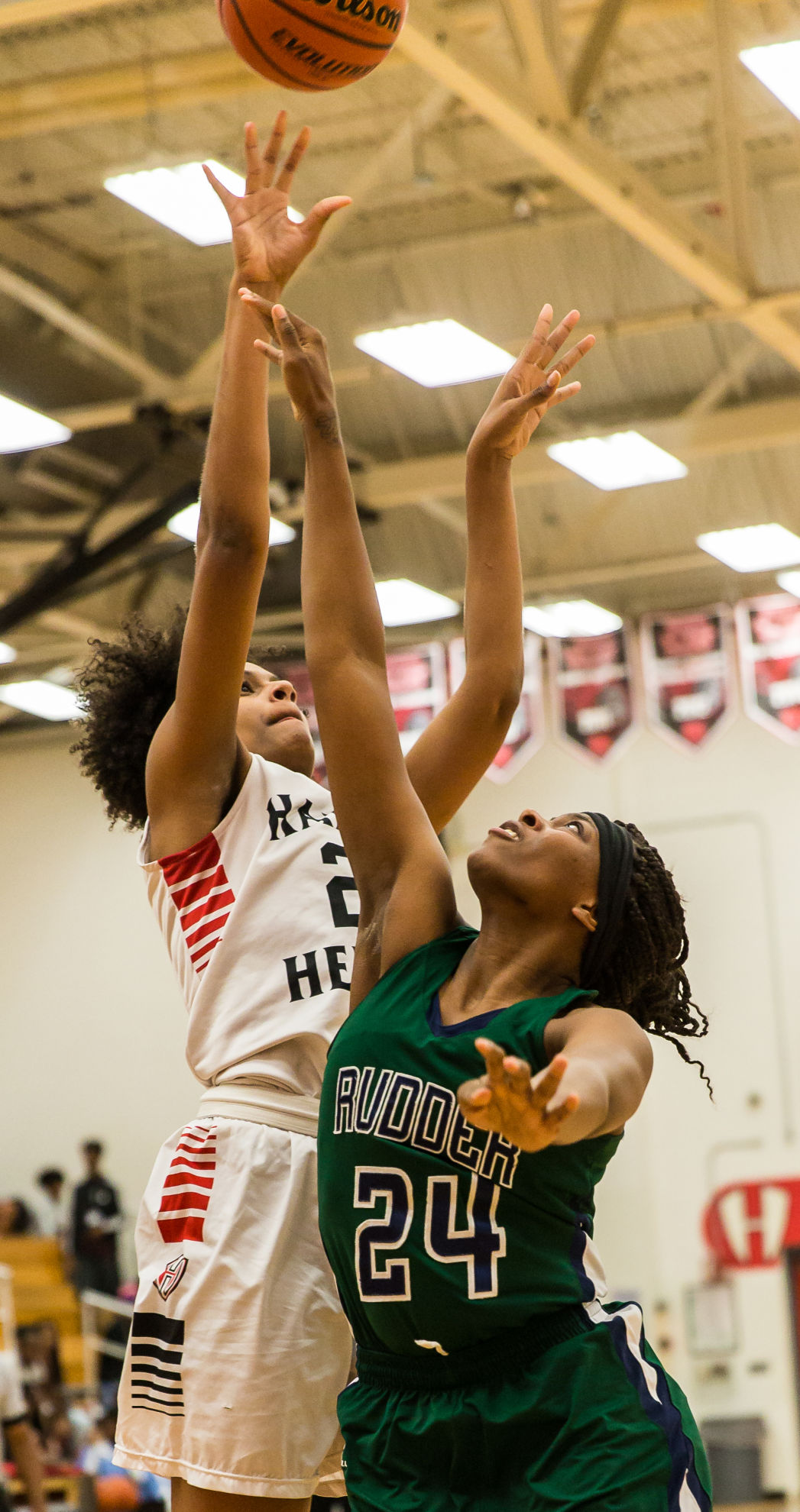 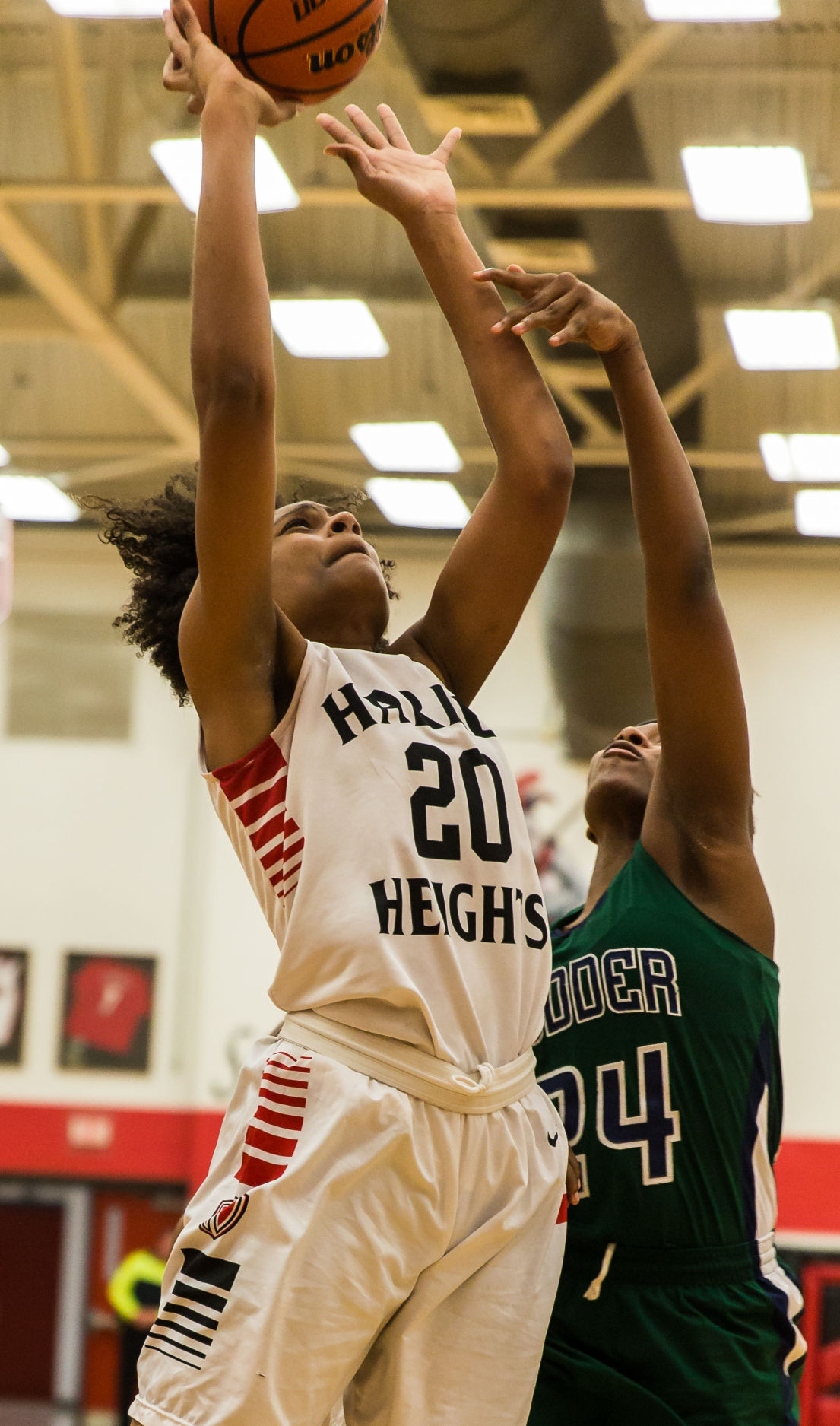 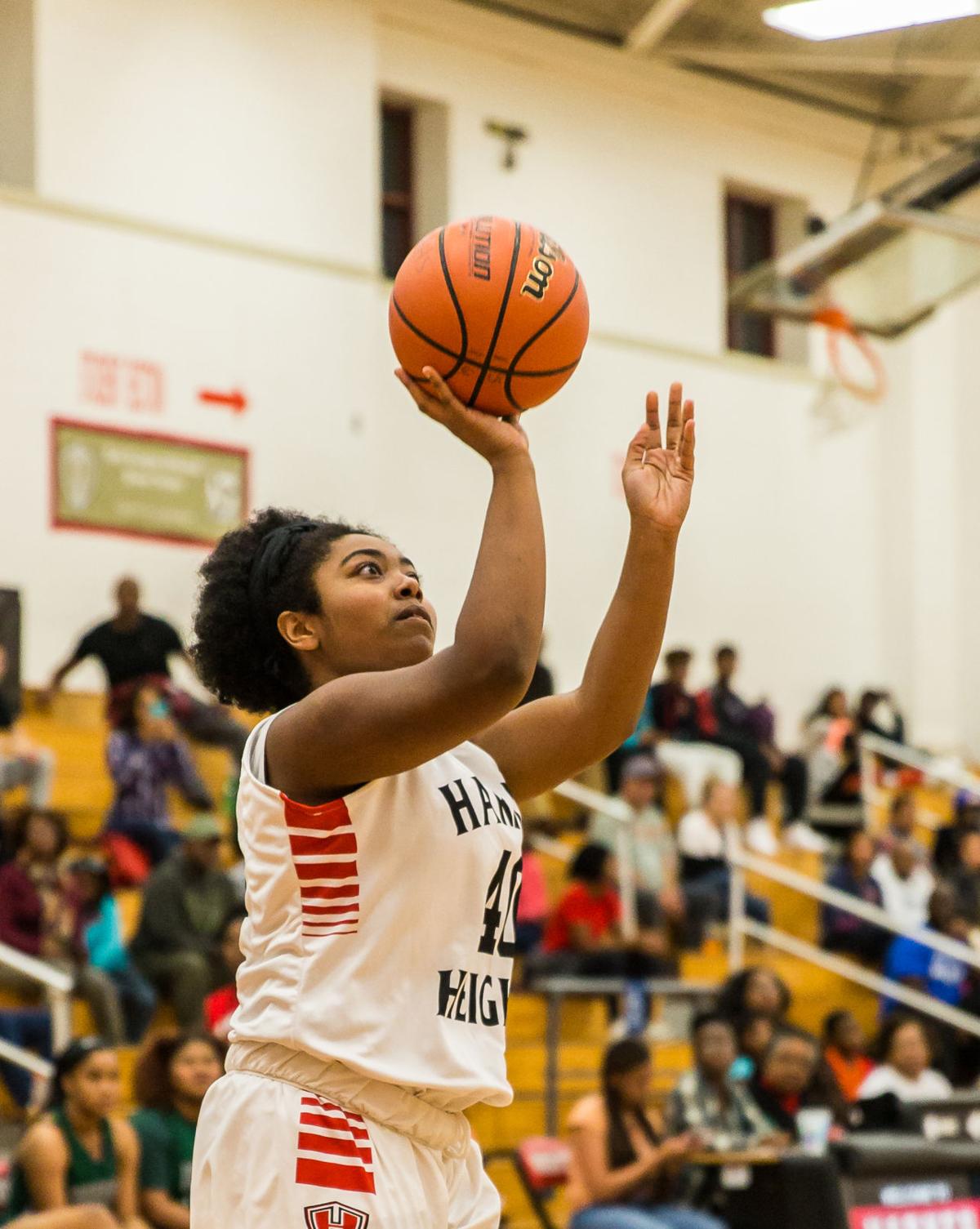 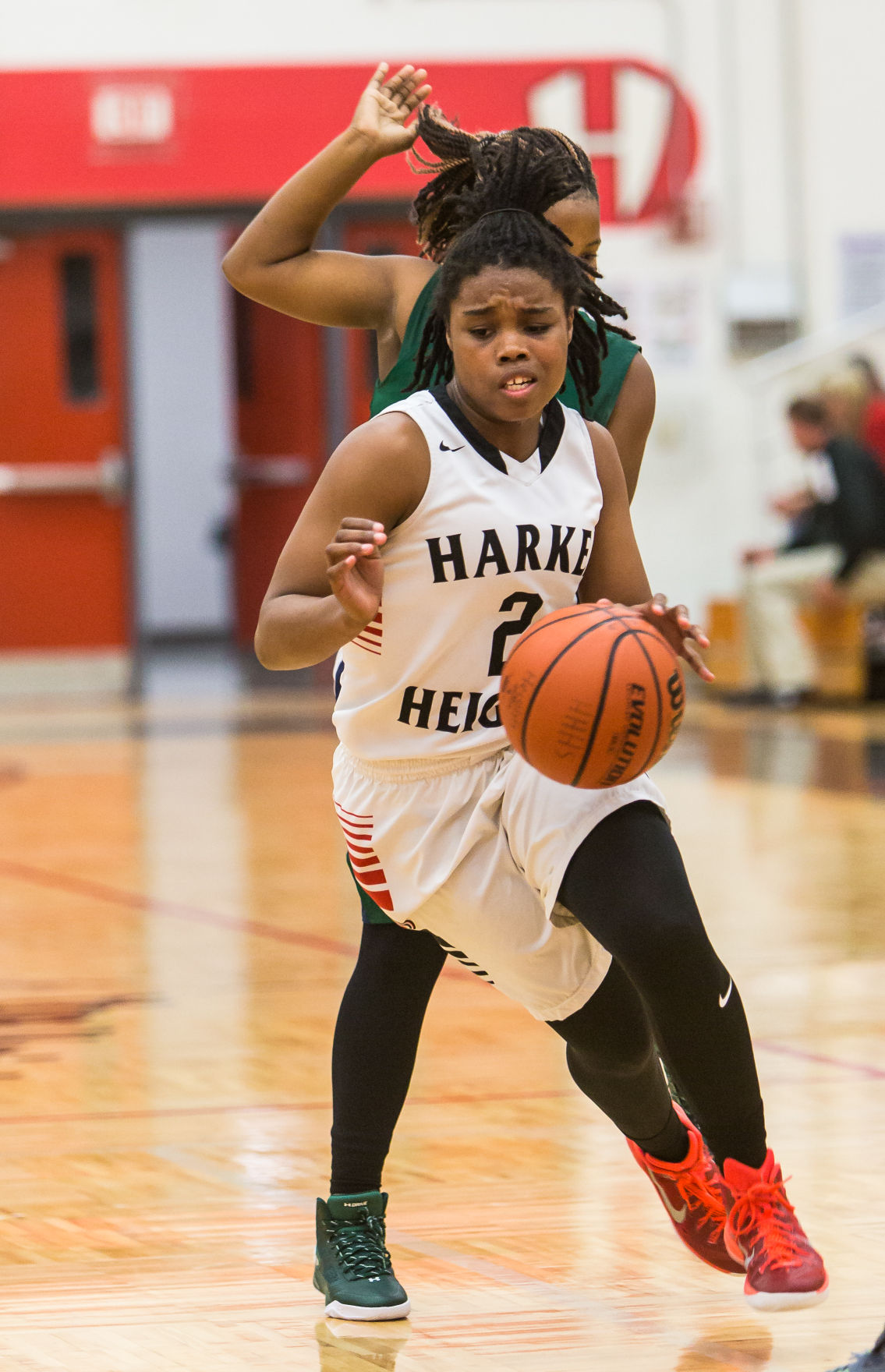 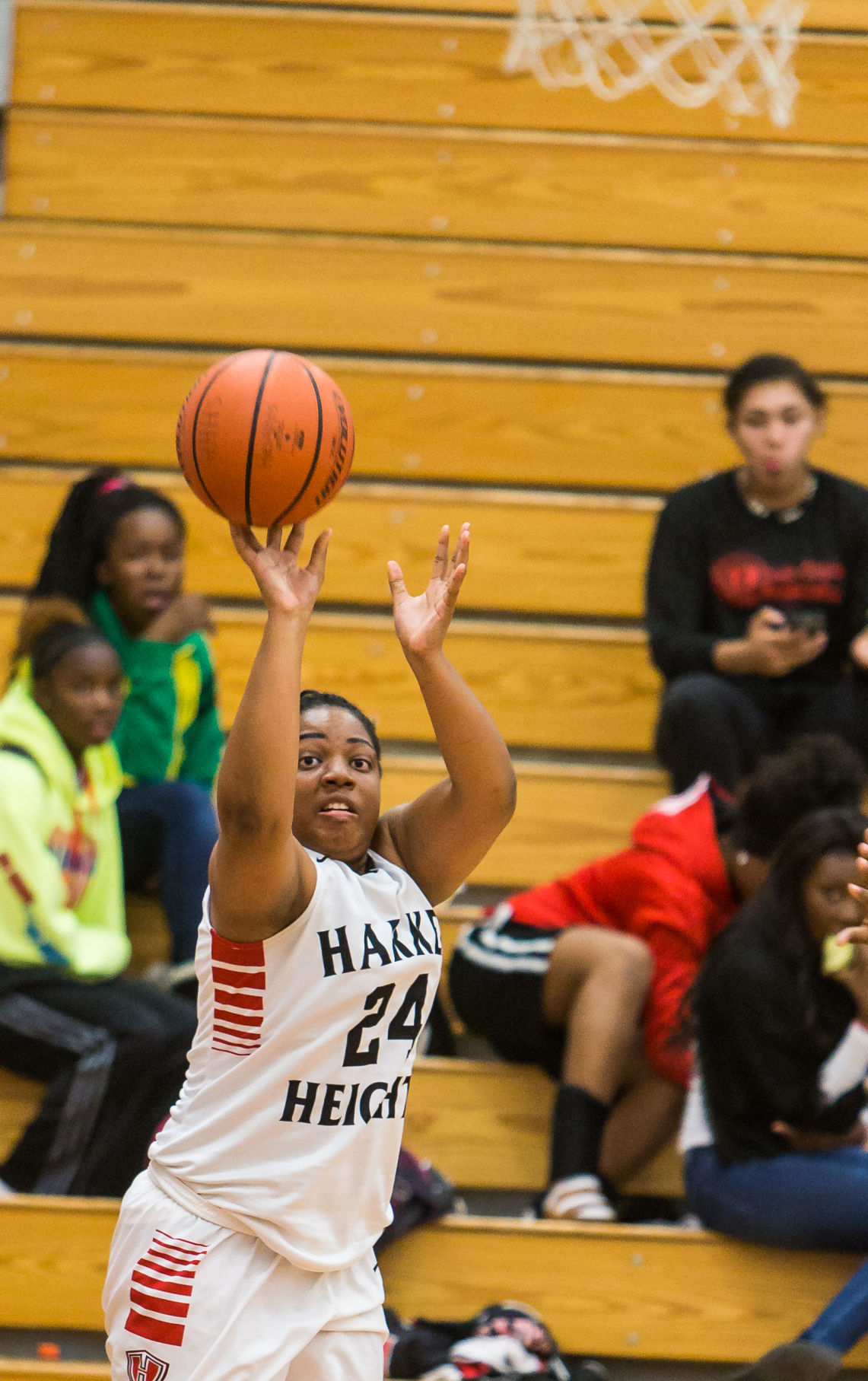 And for the second time in less than a week, that team turned the tables on the Lady Knights only for Harker Heights to have the final say.

Harker Heights rallied from a 12-point deficit Monday, taking the lead for good on a Kiara Young 3-pointer with 6:38 to play, in a 54-50 win against Bryan Rudder.

And afterward, Lady Knight head coach Shirretha Nelson admitted what a relief it was for her team to pull it out late.

“I’m not going to lie. I was nervous going into the game because they always have athletes and always can score,” Nelson said of the Lady Rangers. “So it was nice to come in and pull a win over them.”

Lady Knight junior Sheanne Ellis-Clayton was also big late, knocking down a pair of free throws for a 52-49 lead with 14 seconds to play then stealing the ensuing inbounds pass, which led to a Ademaya Agunbiade layup to seal the victory.

“I can’t even describe it,” It was incredible, and it helped us a lot.”

“We needed those rebounds.”

Harker Heights began the game on a 9-2 run, but Rudder answered with a 13-2 run of its own to grab control of the game.

The lead ballooned to 12 in the second quarter on a steal and layup by Deysta Wilbert, which put the Lady Rangers up 25-13 and gave Rudder a double-digit cushion it maintained well into the third quarter.

“I felt like we needed to come together more and talk more,” Daniel said, “especially on defense, because I feel like we weren’t dropping back on defense earlier.”

But Harker Heights pulled within 40-35 by the end of the third quarter, then pulled within one on a steal and layup by Ellis-Clayton, who had five steals on the night to go with 19 points.

Less than a minute later, Young banked in a 3-pointer to give Harker Heights its first lead since the first quarter on a shot that she didn’t even expect to go in.

“No, because my shots, usually they go splash,” Young said with a laugh. “They’re not off the glass like that.”

The Lady Knights never trailed again despite Rudder pulling within 50-49 on a steal and layup by Trecee Daily with 58 seconds to play.

But thanks to the two big free throws, and two big steals, by Ellis-Clayton, Harker Heights was able to pull out the win, turning the tables on Rudder one final time.

That number 20 is on point. This team can go places if their guards get their stuff together. Feed your big man.