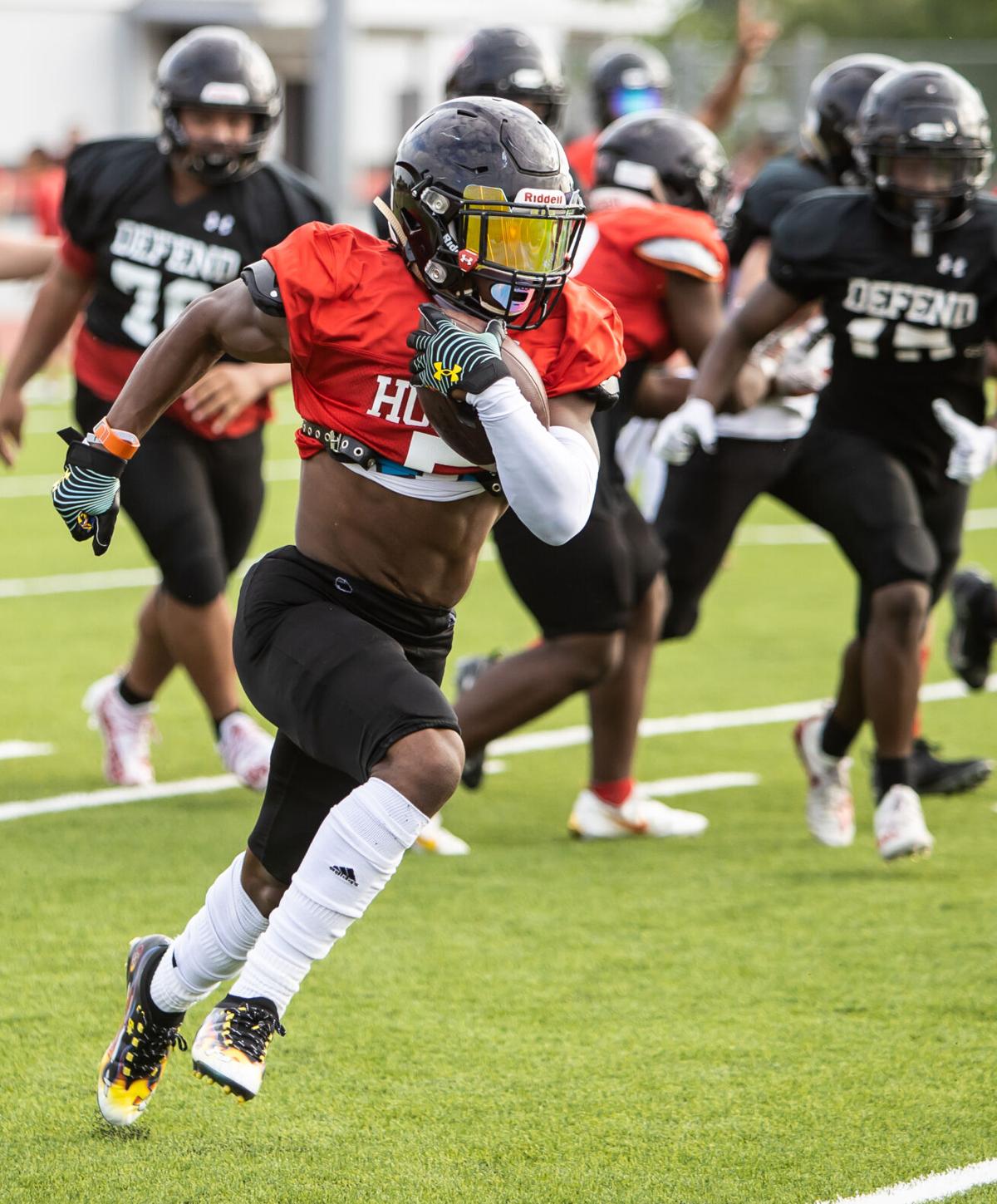 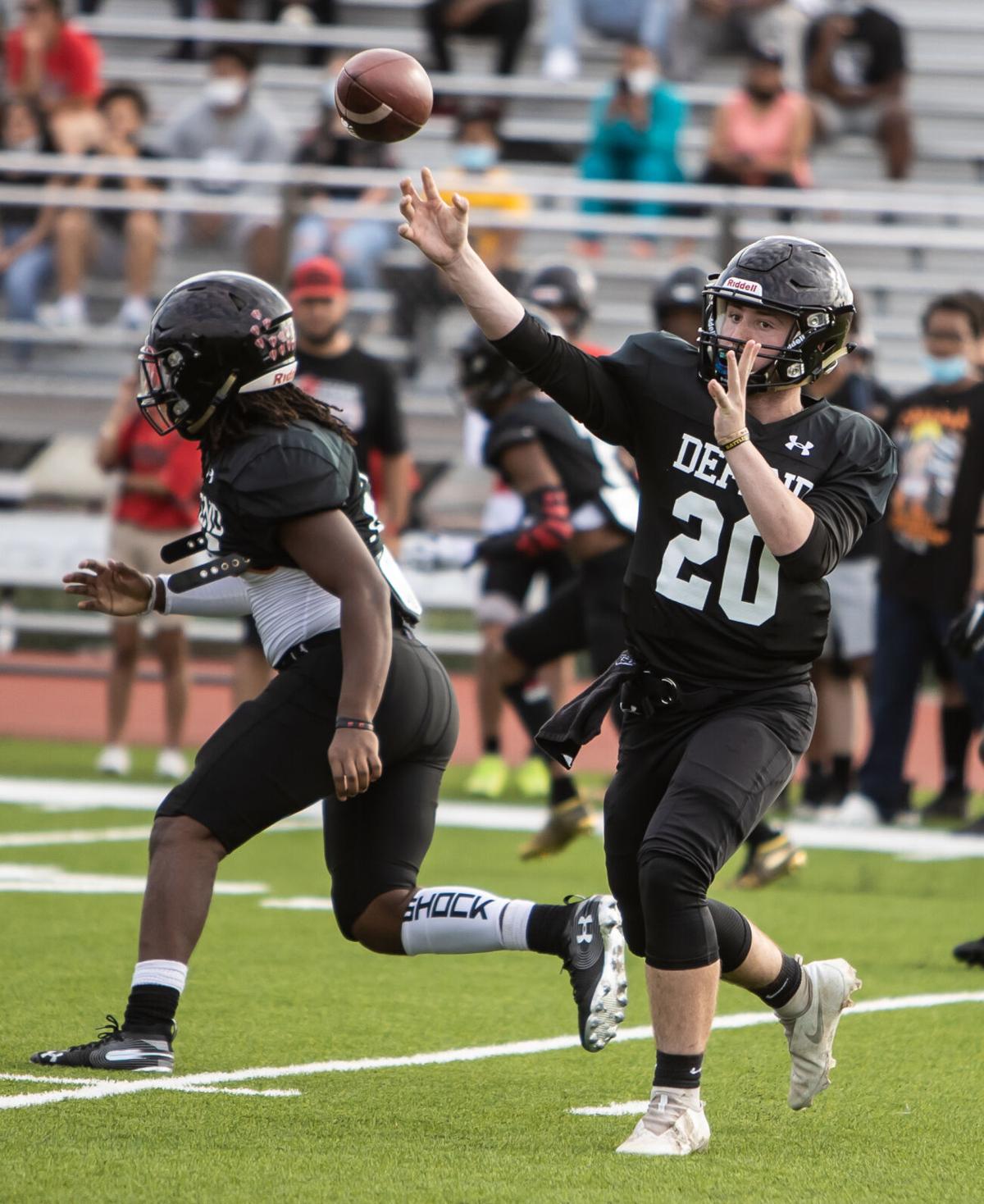 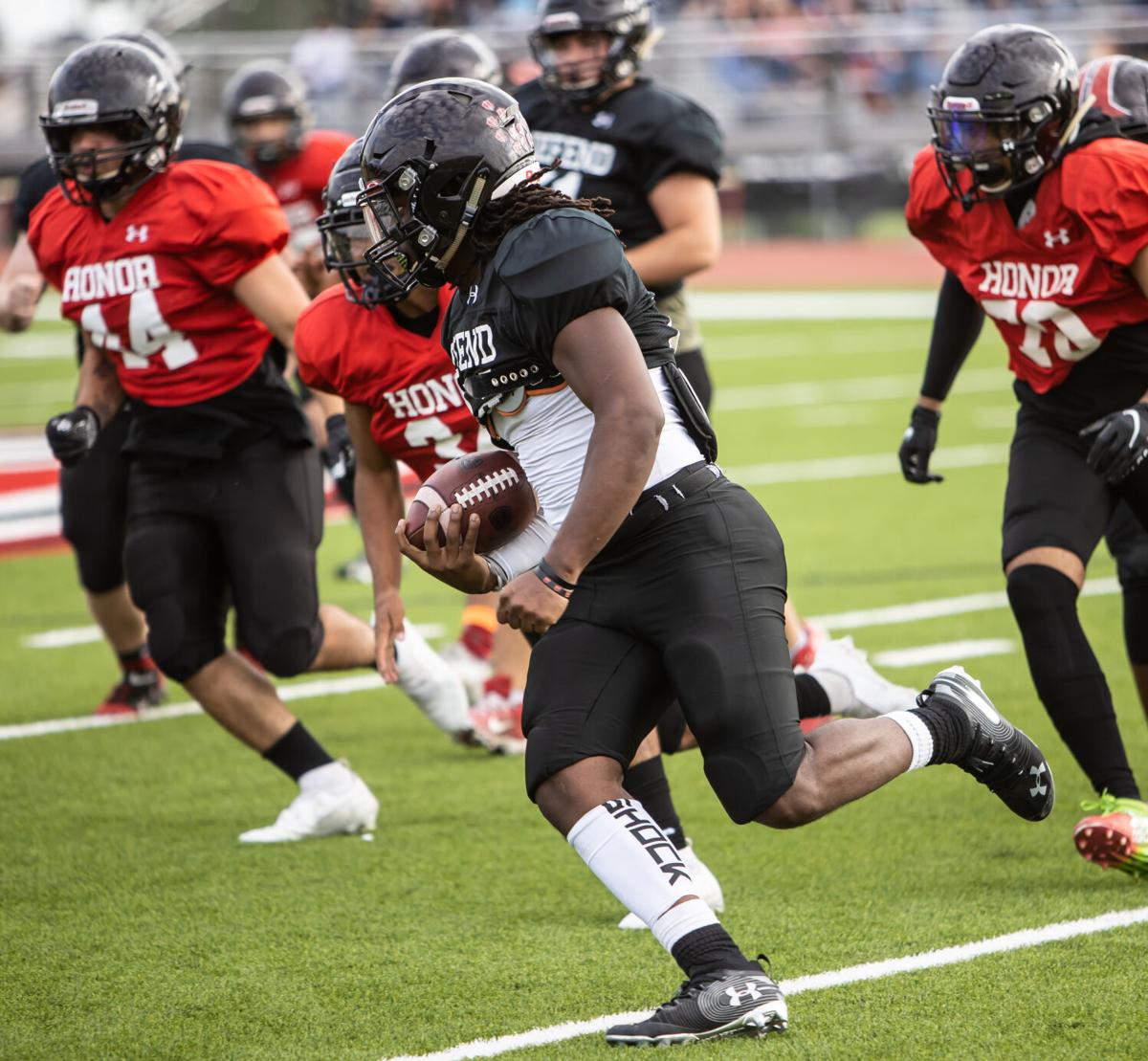 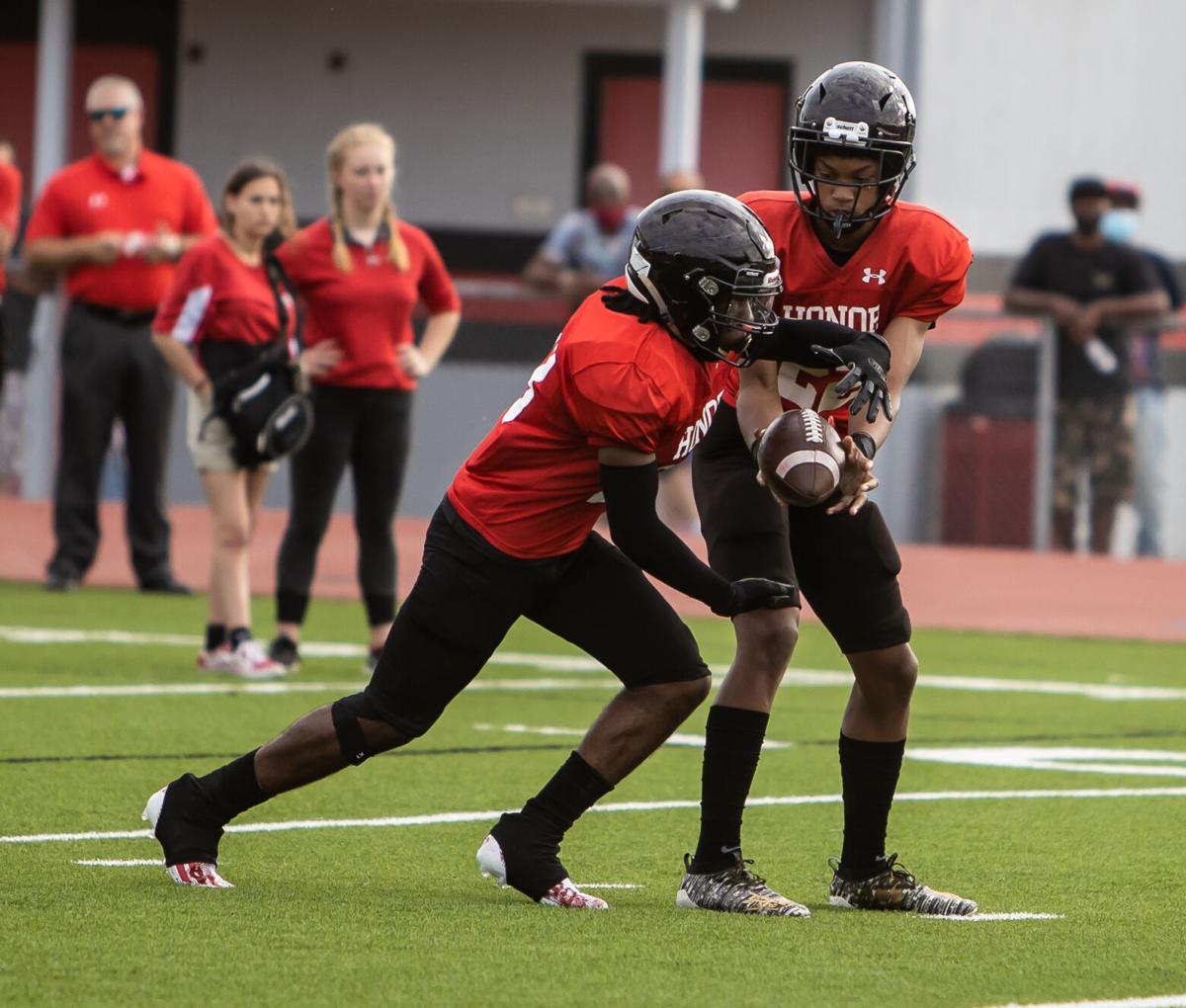 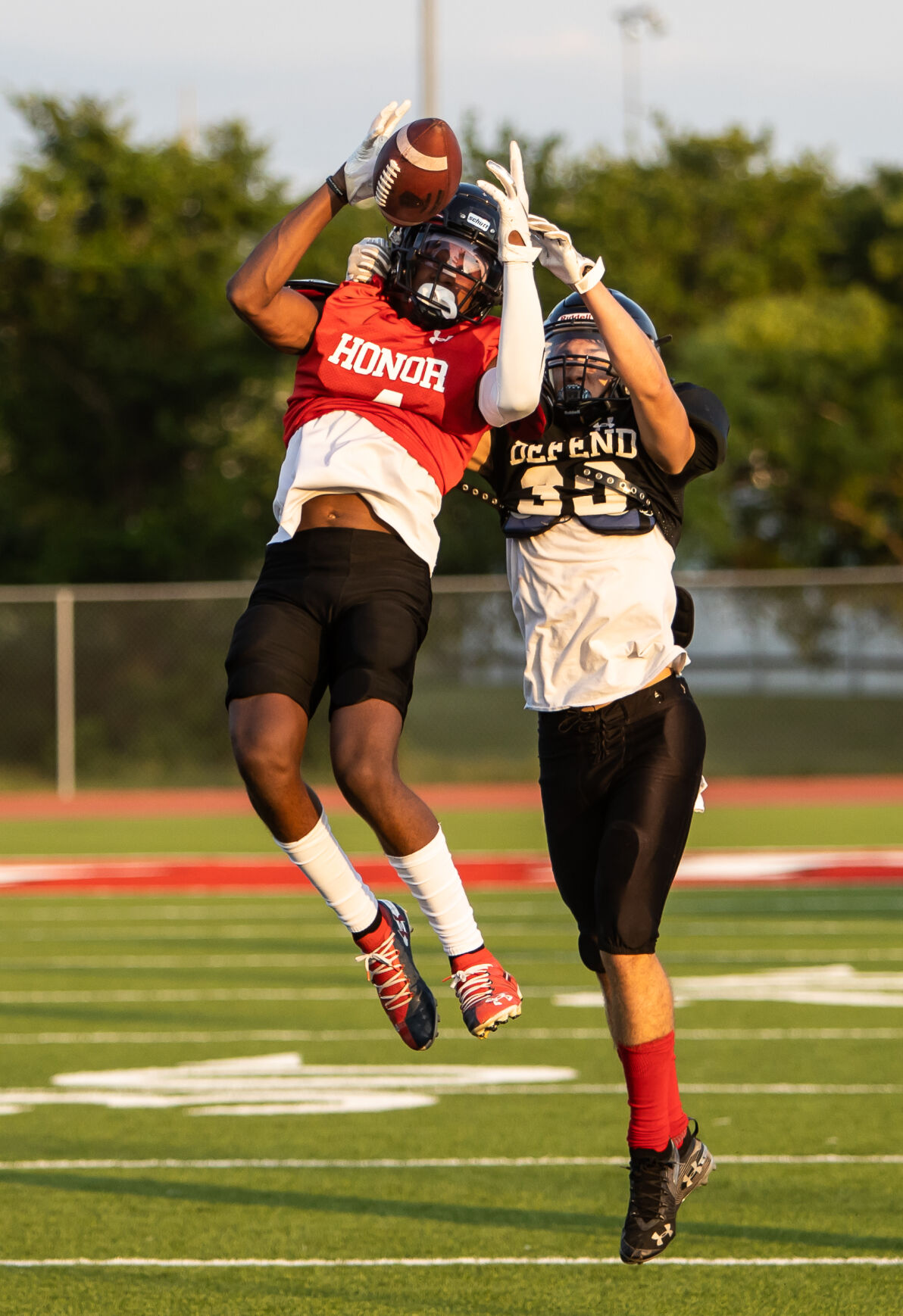 Xavier Ramos, of the Red Team, comes down between defenders with a first-down catch to seal a 21-17 win during Harker Heights' Red-Black Spring Game on Friday in Harker Heights. 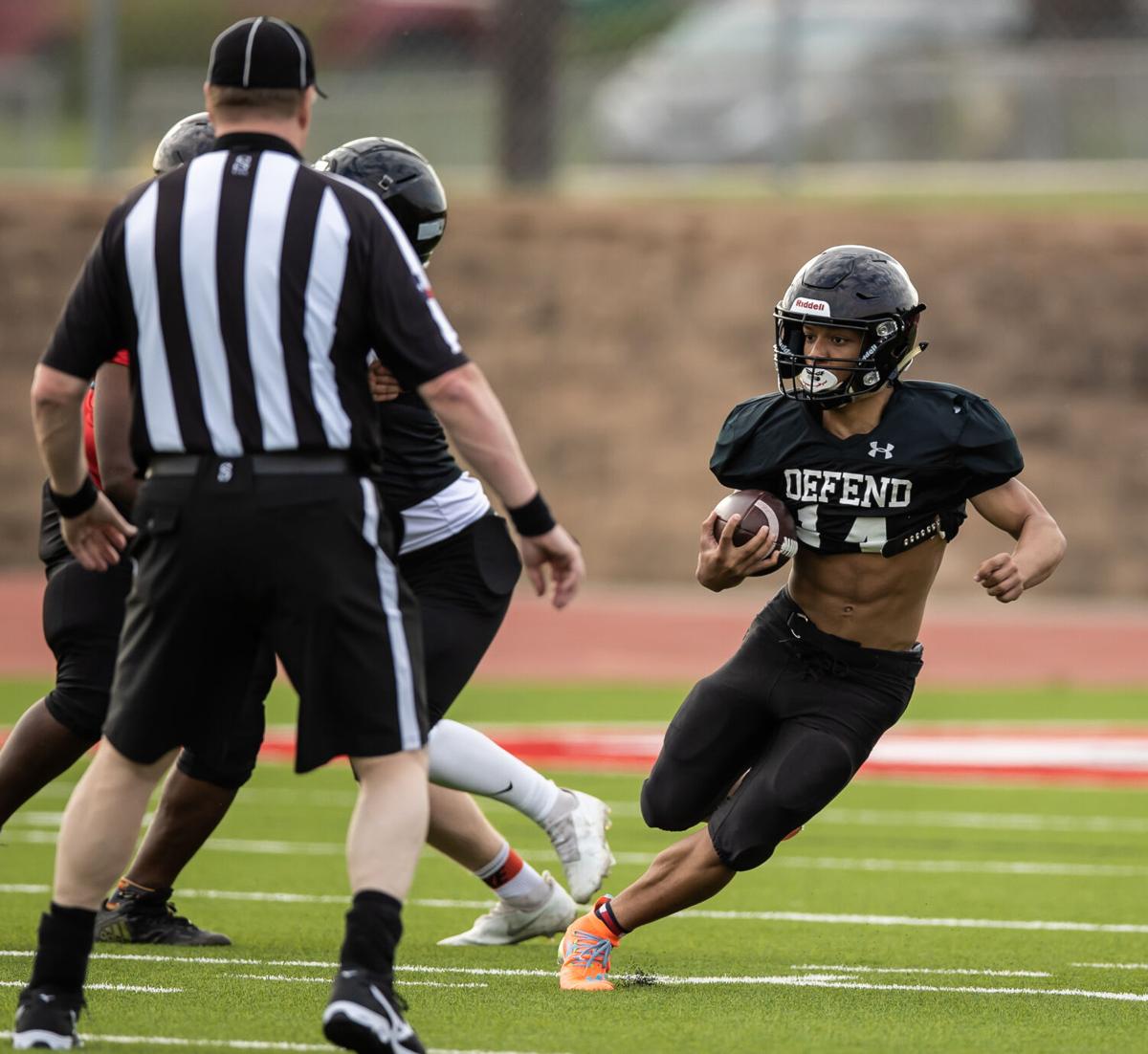 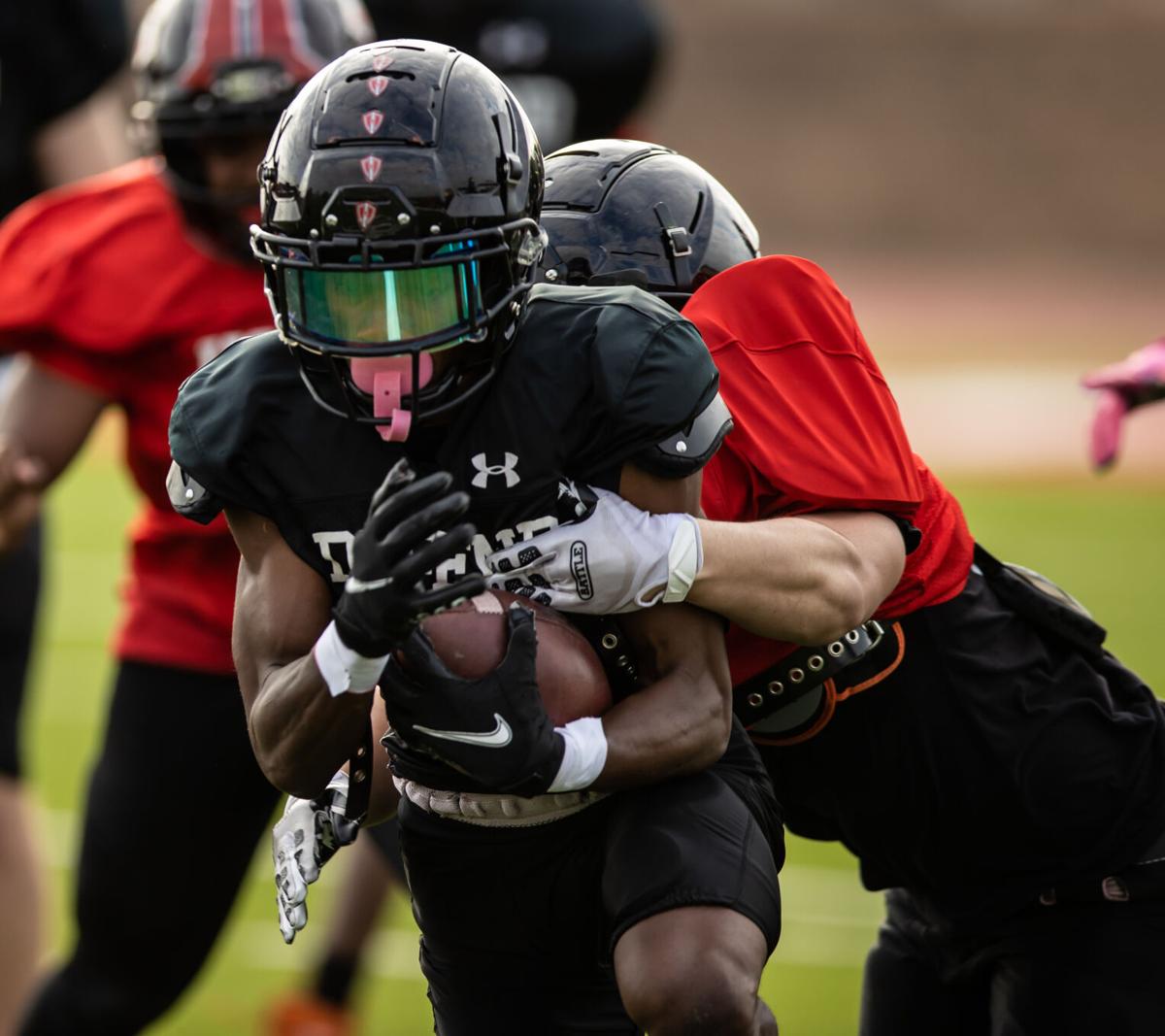 Marcus Maple, of the Black Team, is caught from behind by a defender after a big gain during Harker Heights' Red-Black Spring Game on Friday in Harker Heights. The Red Team won, 21-17. 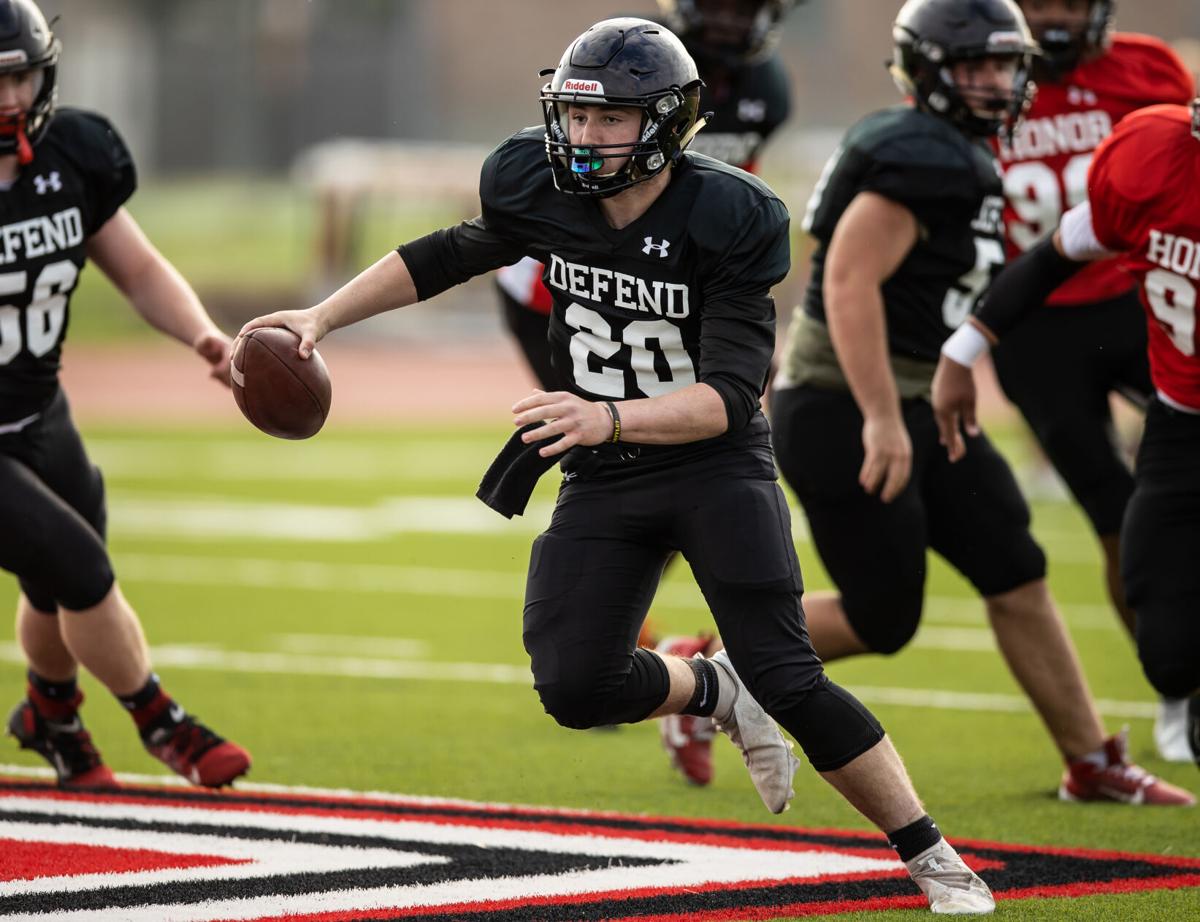 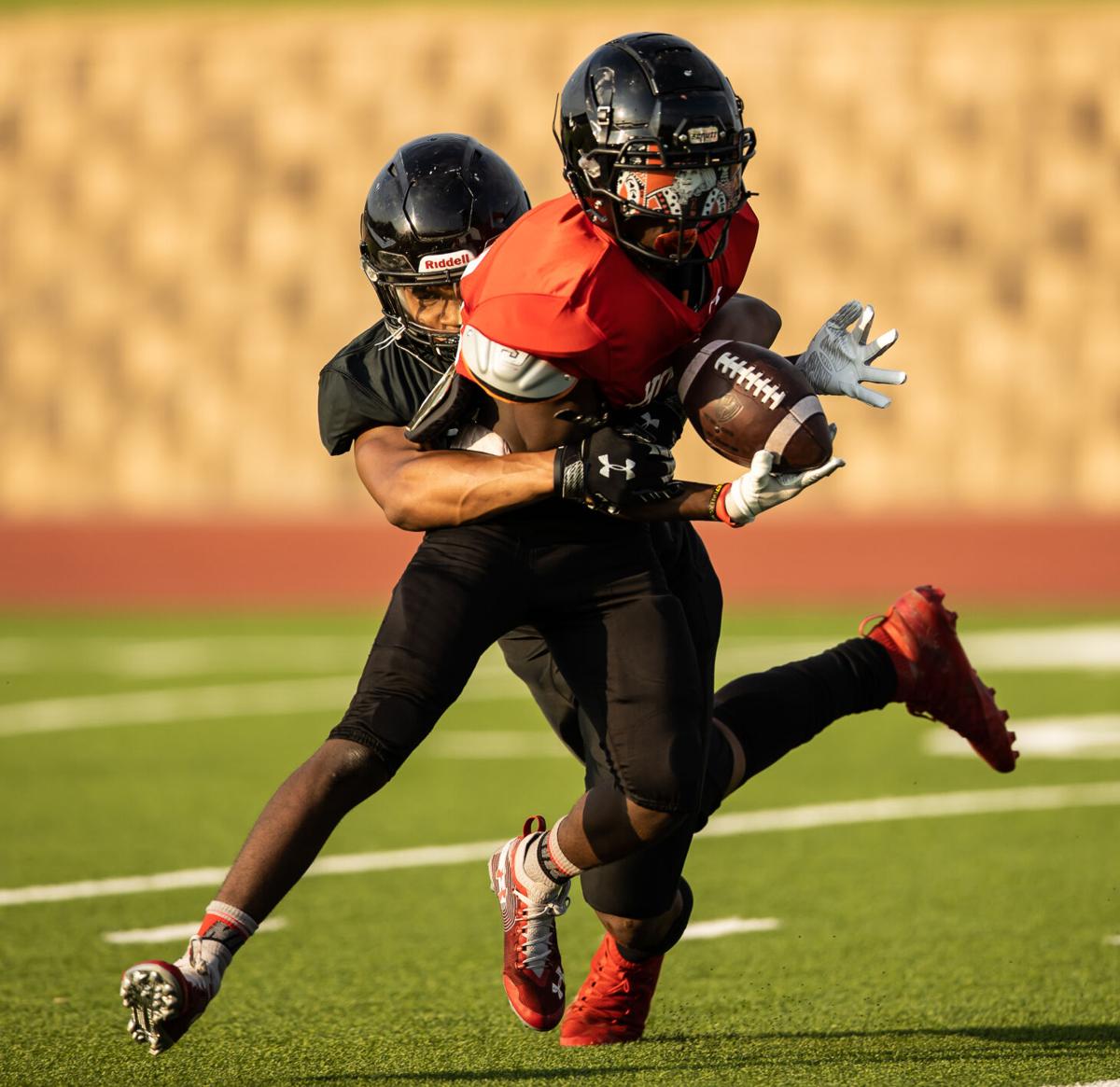 Xavier Ramos, of the Red Team, comes down between defenders with a first-down catch to seal a 21-17 win during Harker Heights' Red-Black Spring Game on Friday in Harker Heights.

Marcus Maple, of the Black Team, is caught from behind by a defender after a big gain during Harker Heights' Red-Black Spring Game on Friday in Harker Heights. The Red Team won, 21-17.

HARKER HEIGHTS — The Harker Heights Knights played their spring football game Friday night and there were signs of a successful season ahead for the Knights as they pursue a District 12-6A championship next year after back to back years in the playoffs.

The Knights played four 10-minute quarters with their first- and second-team offenses and defenses mixed and matched on two teams, the Red Team and the Black Team.

The offenses were certainly the bright spot for the Knights during the game as the score was 21-14 Red Team at the shortened halftime.

A couple of the bright spots were two returners from last year, Re’shaun Sanford II, the district’s Newcomer of the Year last year, and Marcus Maple.

The two were on opposite teams but both found the end zone.

“The number one thing is we’re all healthy. So that was the biggest thing,” Knights head coach Jerry Edwards said. “You want to get out of the spring healthy.

“We split our teams up ... half the offense is on one team and half the offense is on the other team. It was good to see Re’shaun keep doing his thing, and we had some big plays on defense and the defense did a good job there toward the middle of the scrimmage, which I feel good about because we’re replacing a lot of guys on that side. So you know, we’ll watch film and evaluate and look at all the practices but very pleased overall and I’m just super happy we’re healthy.”

Following the spring, the Knights will head into summer workouts before returning to school in the fall ready for another season.

“We’re really excited about next year, you know, we’re coming off back-to-back playoff appearances, a 7-4 season last year and a lot of those kids that contributed to that 7-4 season are back and so the bar is a little bit higher for us and we’re gunning for a district championship and back to the playoffs,” Edwards said.

Edwards is not the only one that feels excited about his team going into next season as there has been some hype around what the Knights can accomplish next year.

He talked about working to live up to those expectations.

“Well, we embrace it, that’s us. We’re a blue-collar football team and that’s what we kind of like to hang our hat on. We’re going to play good defense and run the football and be physical and tough. And our kids know that it’s been a progression to get to where we’re at and the only way we can keep going is hard work, and our kids buy into that each and every time,” Edwards said.

HARKER HEIGHTS — The Knights needed to rally. Now, they have to.