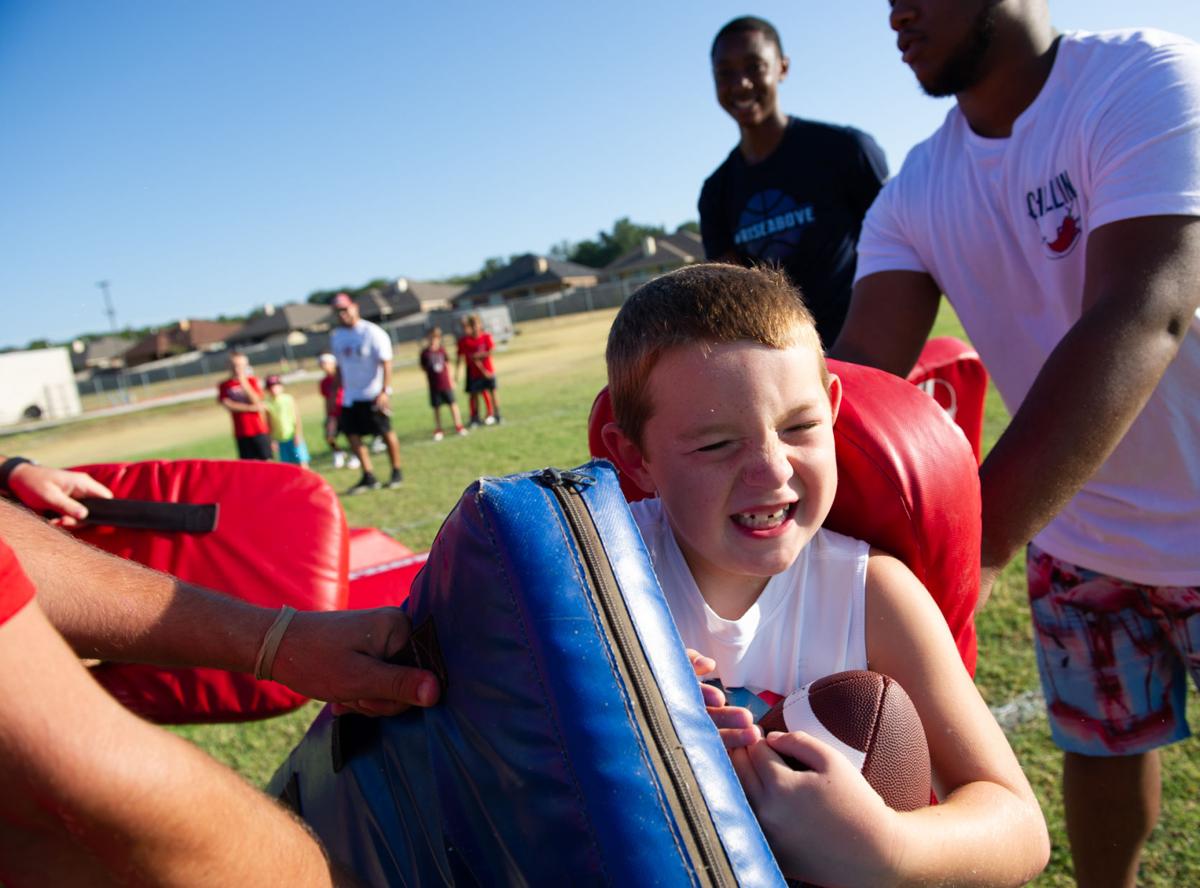 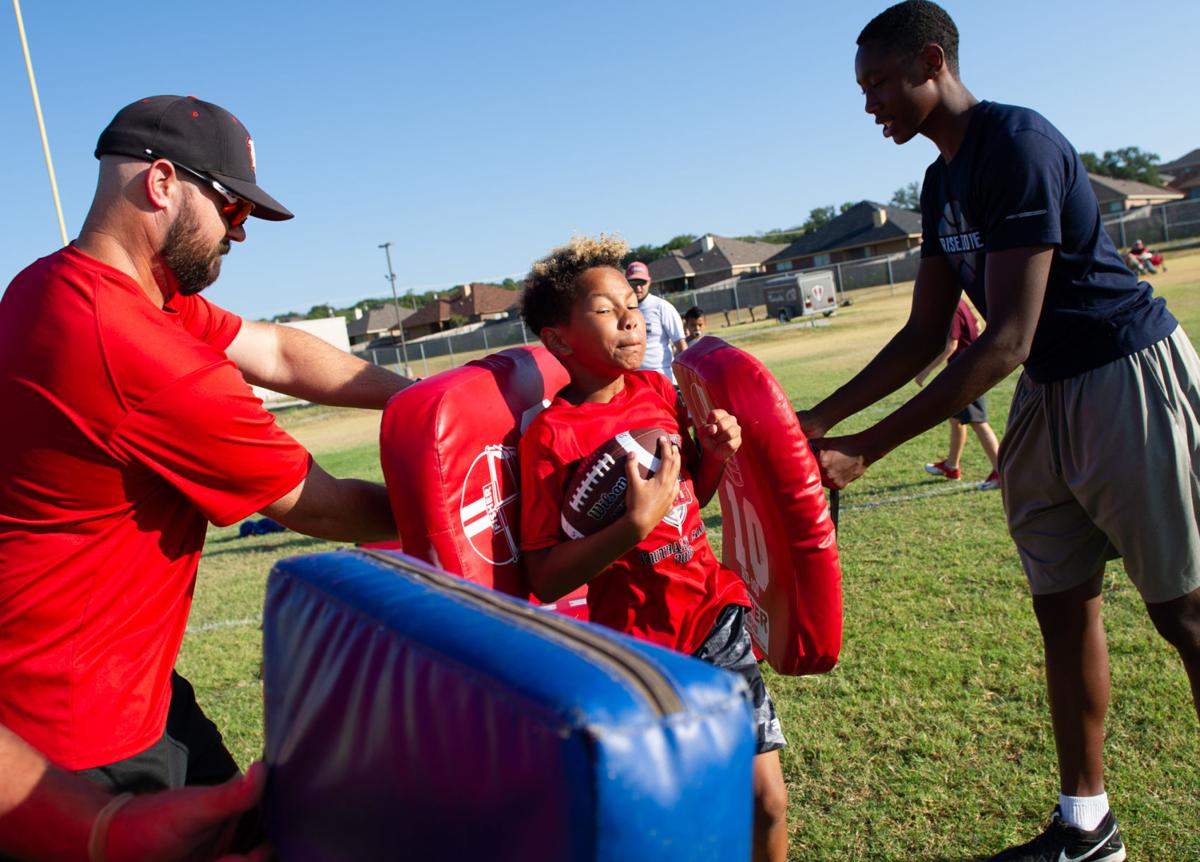 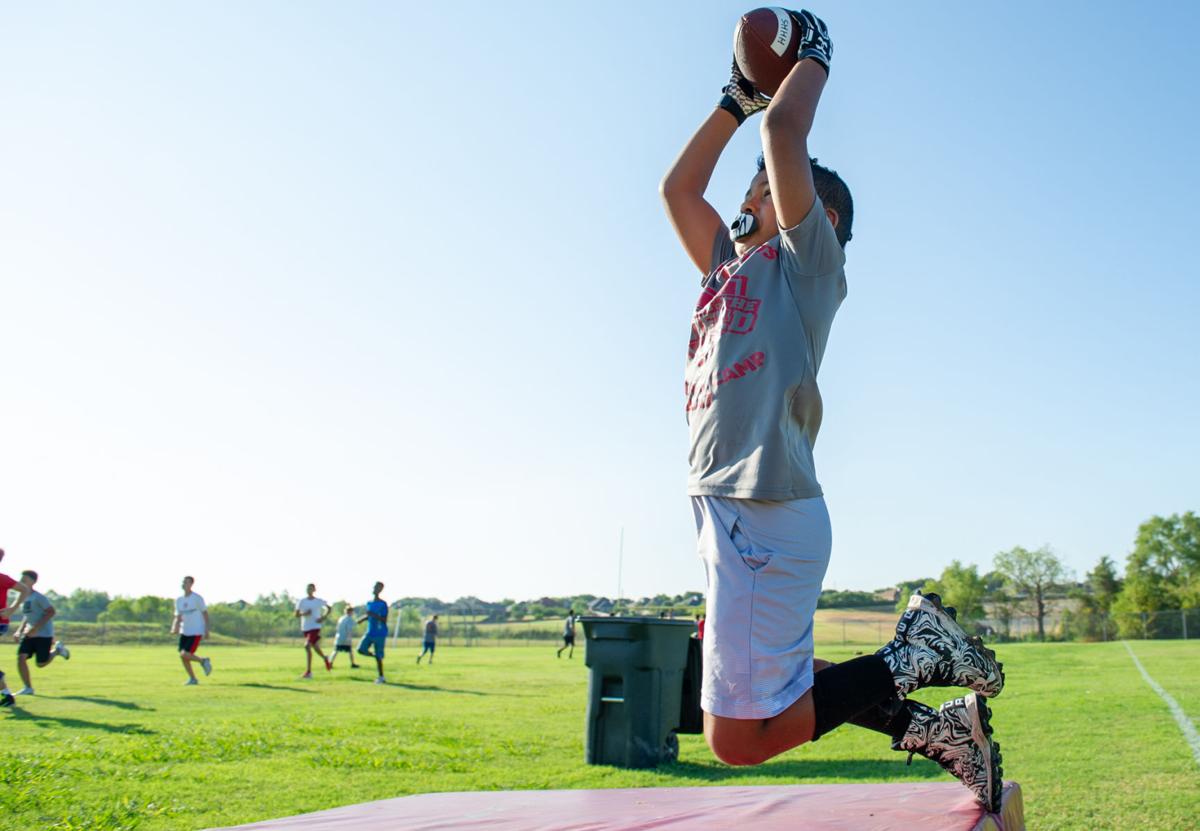 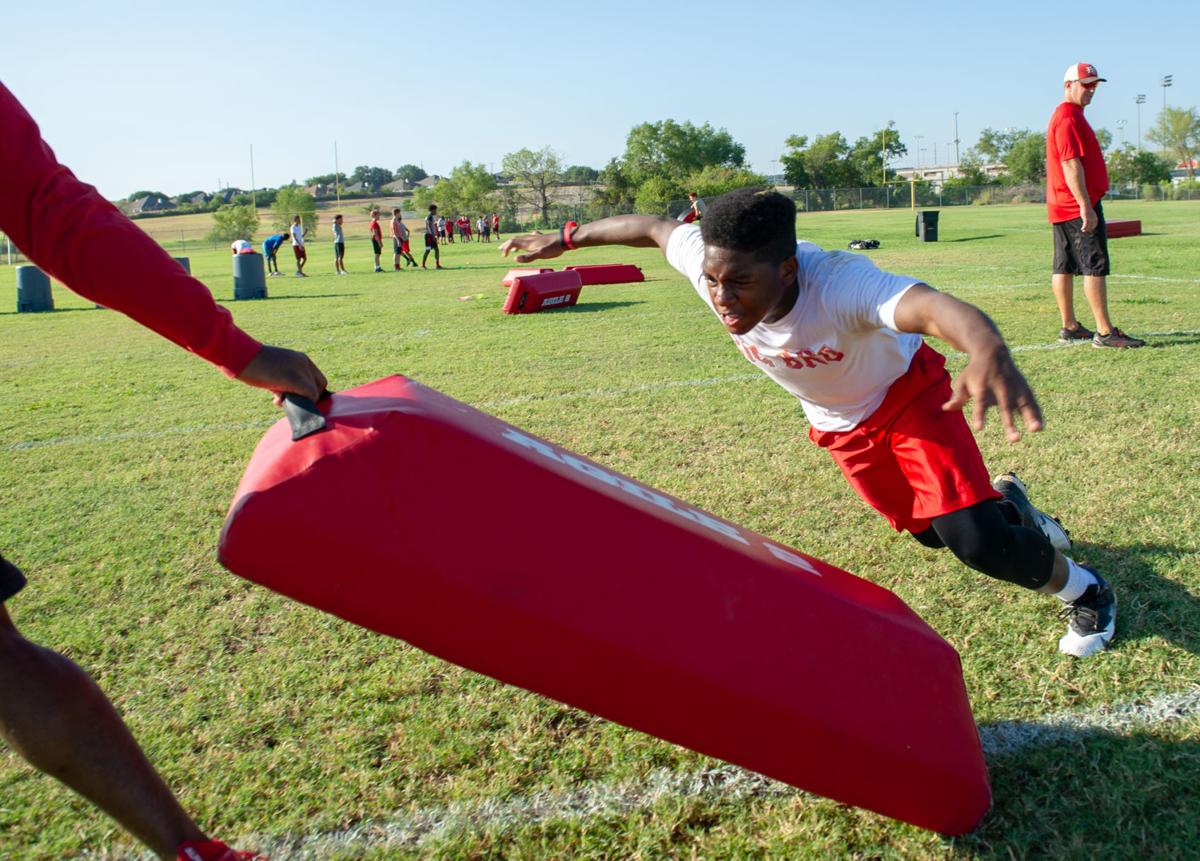 The Knights 2018 Youth Football camp finished its fifth year and took place at the high school for kids entering the first through ninth grades.

“Most kids don’t get the opportunity to play football until they get to high school age,” said Harker Heights head football coach Jerry Edwards.

However, Edwards has found many of the kids who attend are interested in the game as they watch their favorite teams on TV or their older siblings play.

The three-day, football-clinic type camp aimed to teach various positions and techniques in the game in a fun atmosphere. The camp, which had 100 youths participate, was taught by the Harker Heights High School coaching staff.

“We usually average about 100 participants,” Edwards said, “so a pretty good turnout by our local youth.”

With such success in the past, the Knights have found that three days is the right length for the camp to run.

“We do a day of offense, a day of defense and then we come back on the third day and do a bit of both,” Edwards said. “Then we have some fun competitions.

“It’s great for them to come out and learn a bit about the game they learn on TV and eventually get to play in middle school.”

The camp is usually held near the end of the summer season to teach participants the proper techniques for tackling and catching while sparking their interest in the game.

“It’s a good time of year,” Edwards noted. “Get them fired up for the football season.

“And it kind of gets the coaches back in the groove, too.”