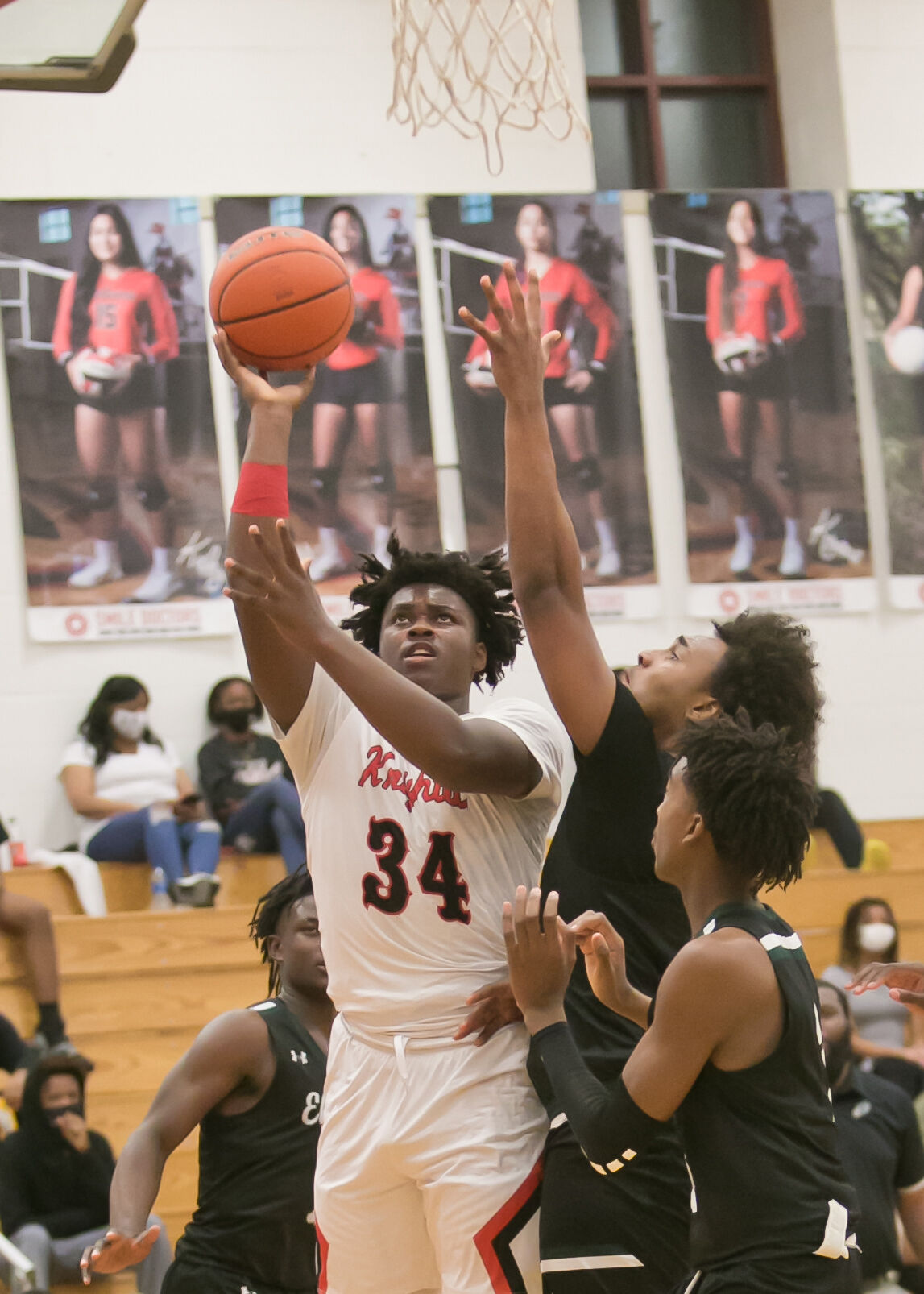 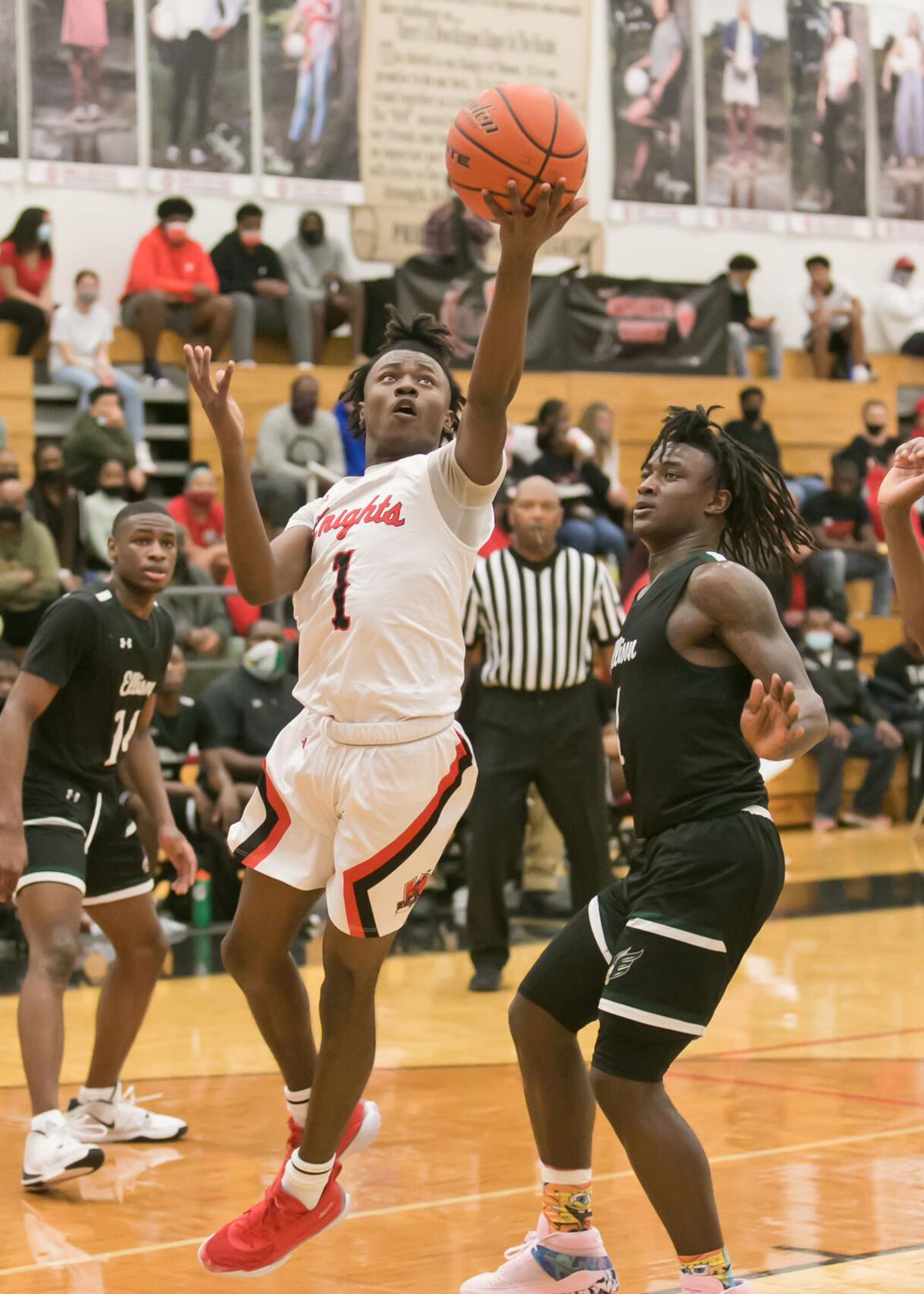 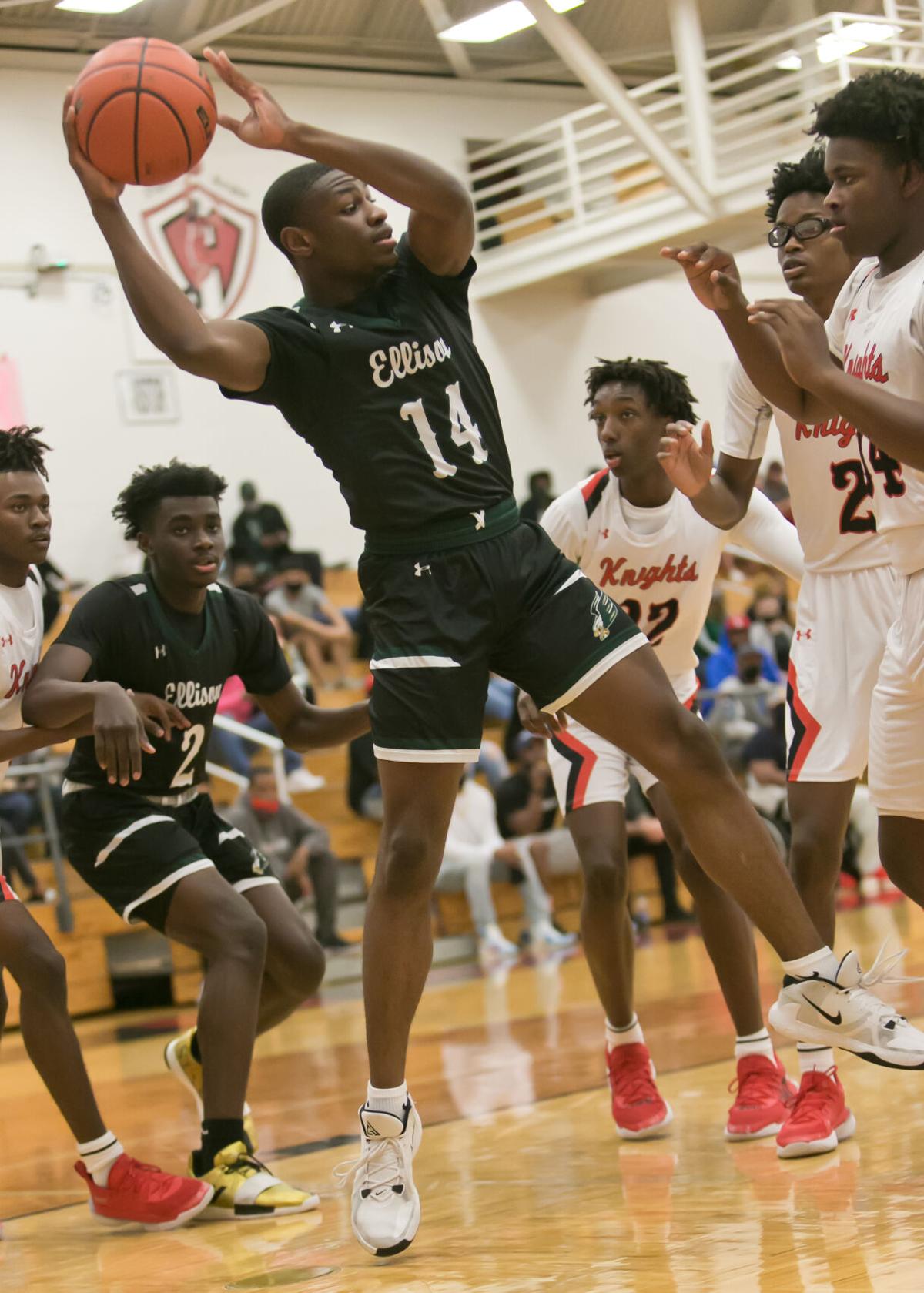 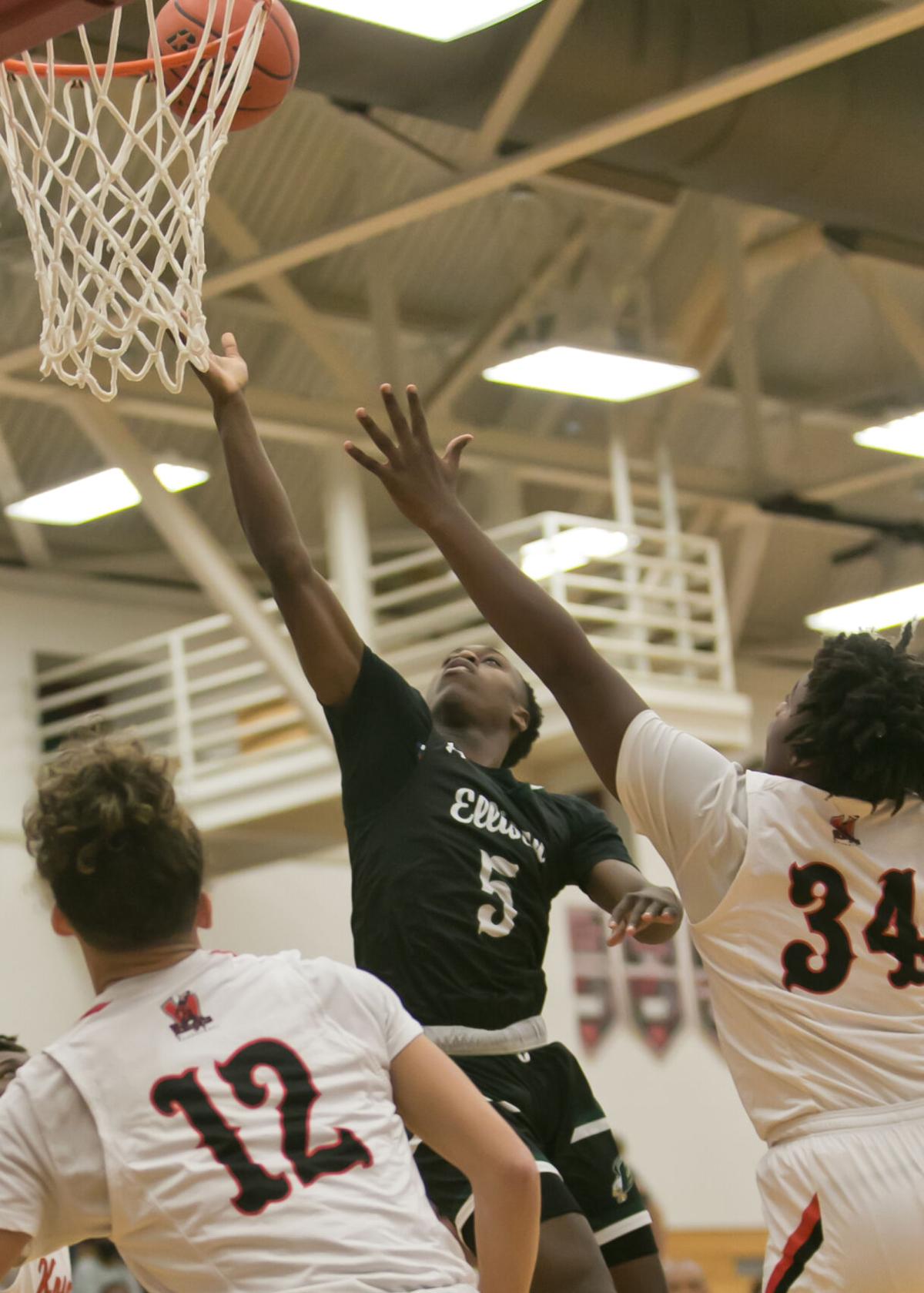 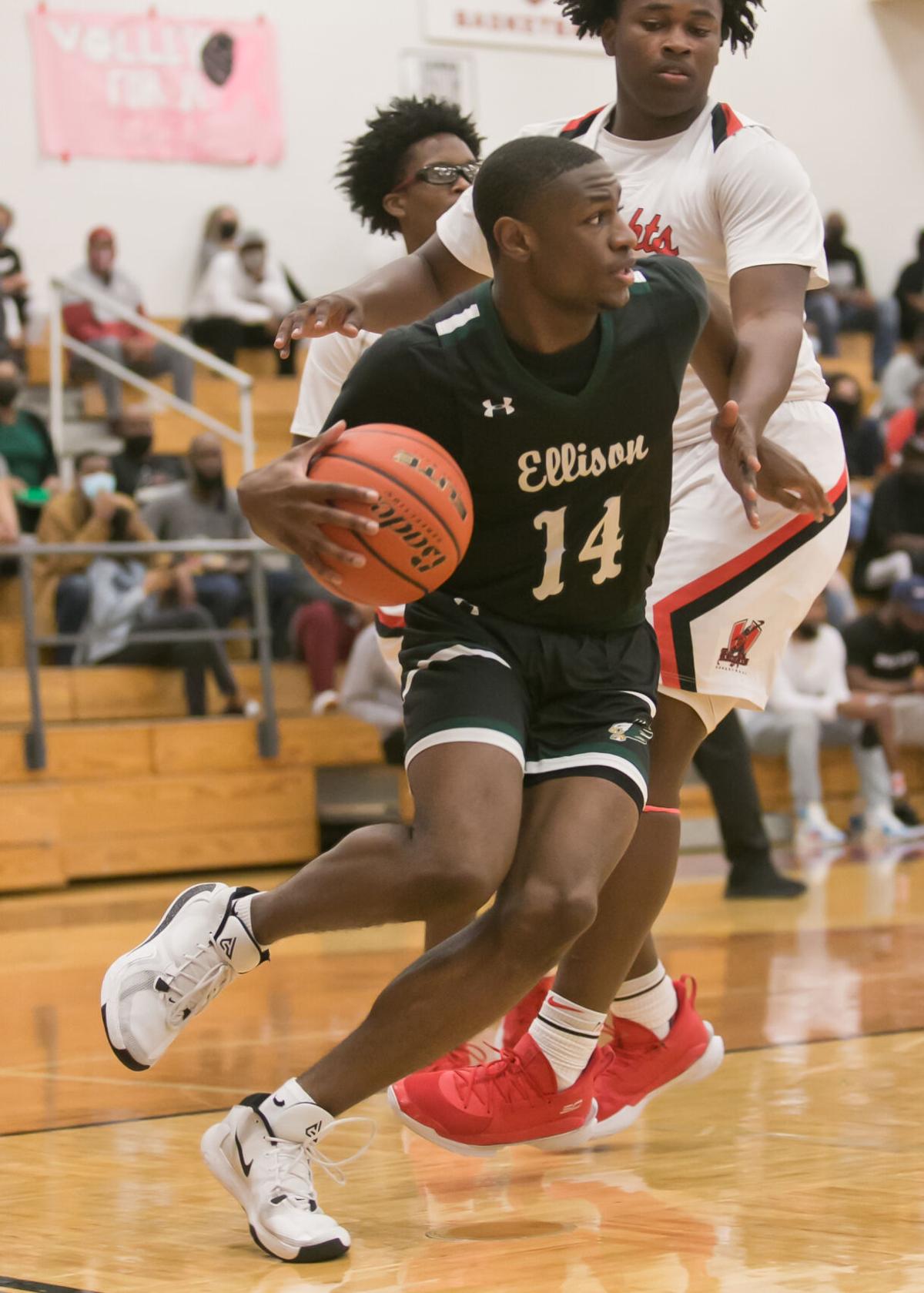 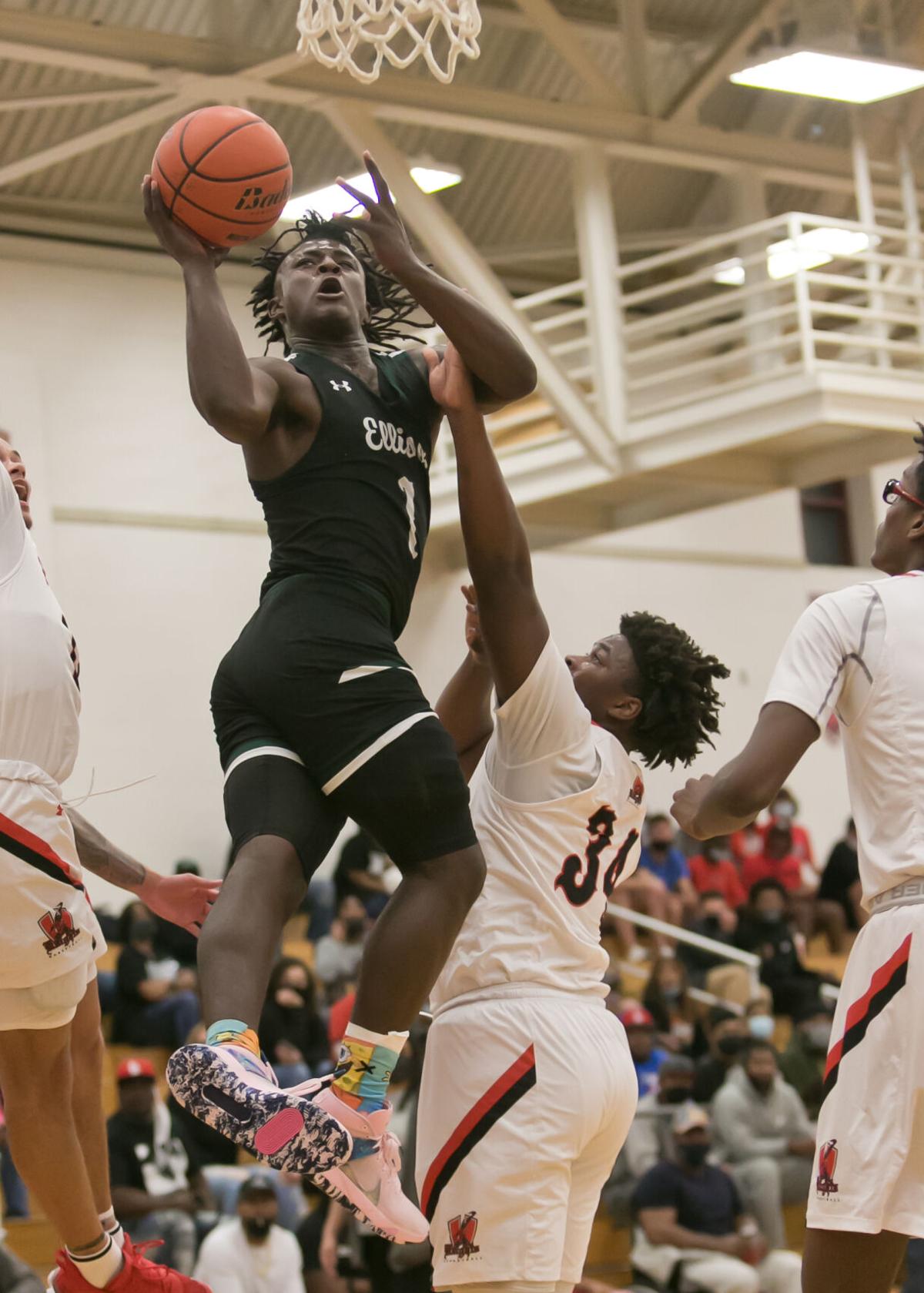 Ellison's Jamyron Keller (1) drives to the basket and is fouled by Harker Heights' Terrance Carter on Tuesday night at Harker Heights High School. 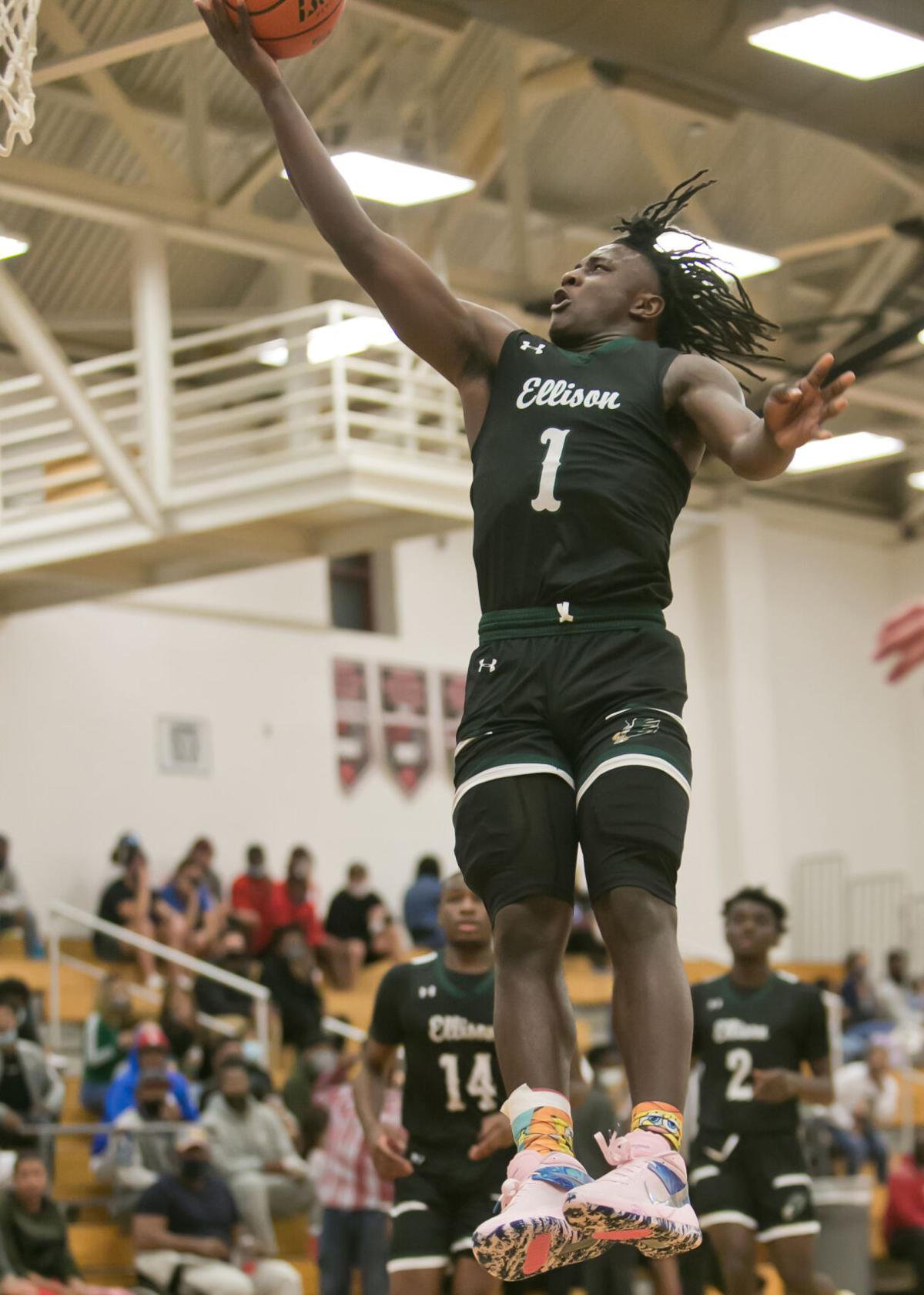 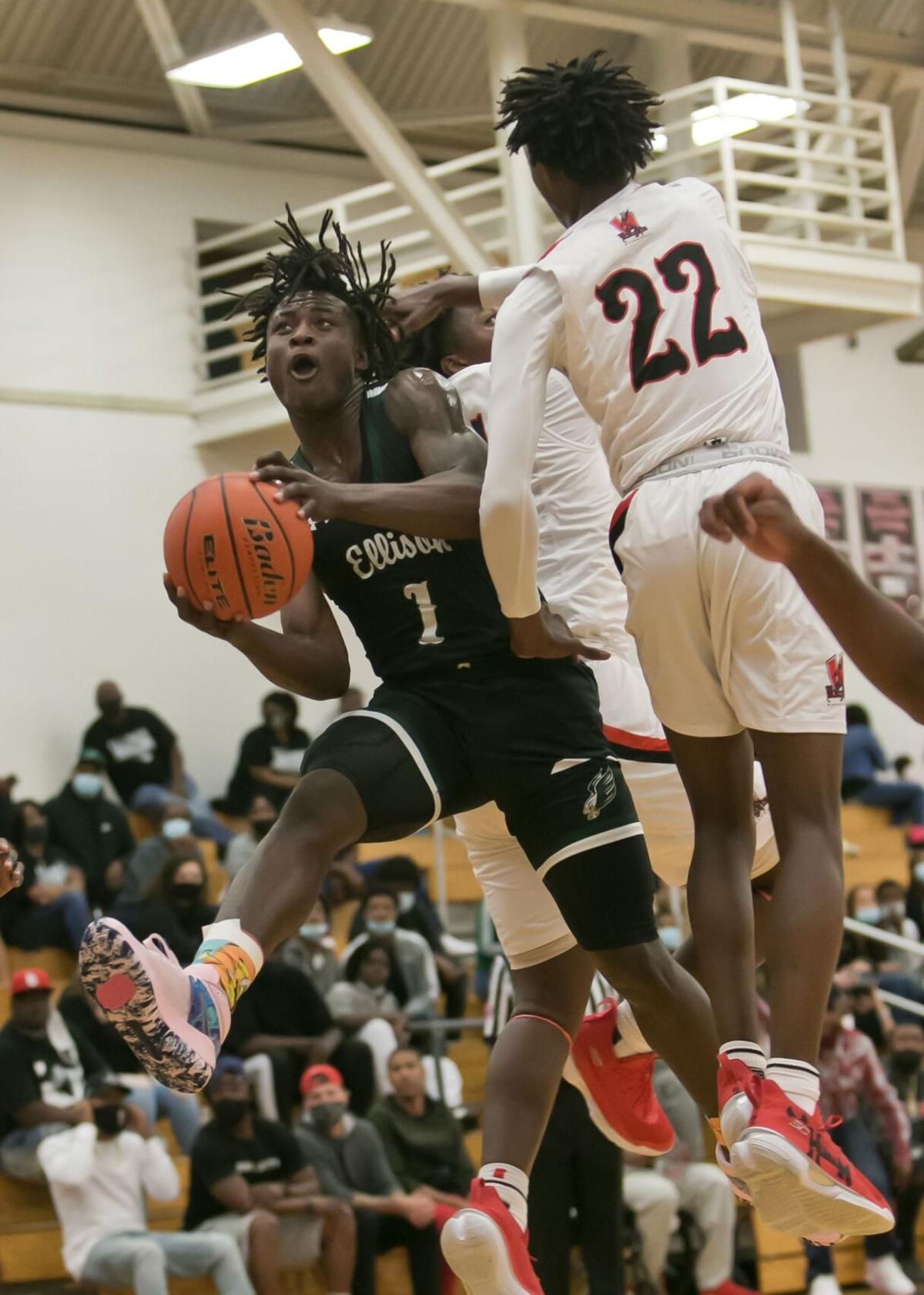 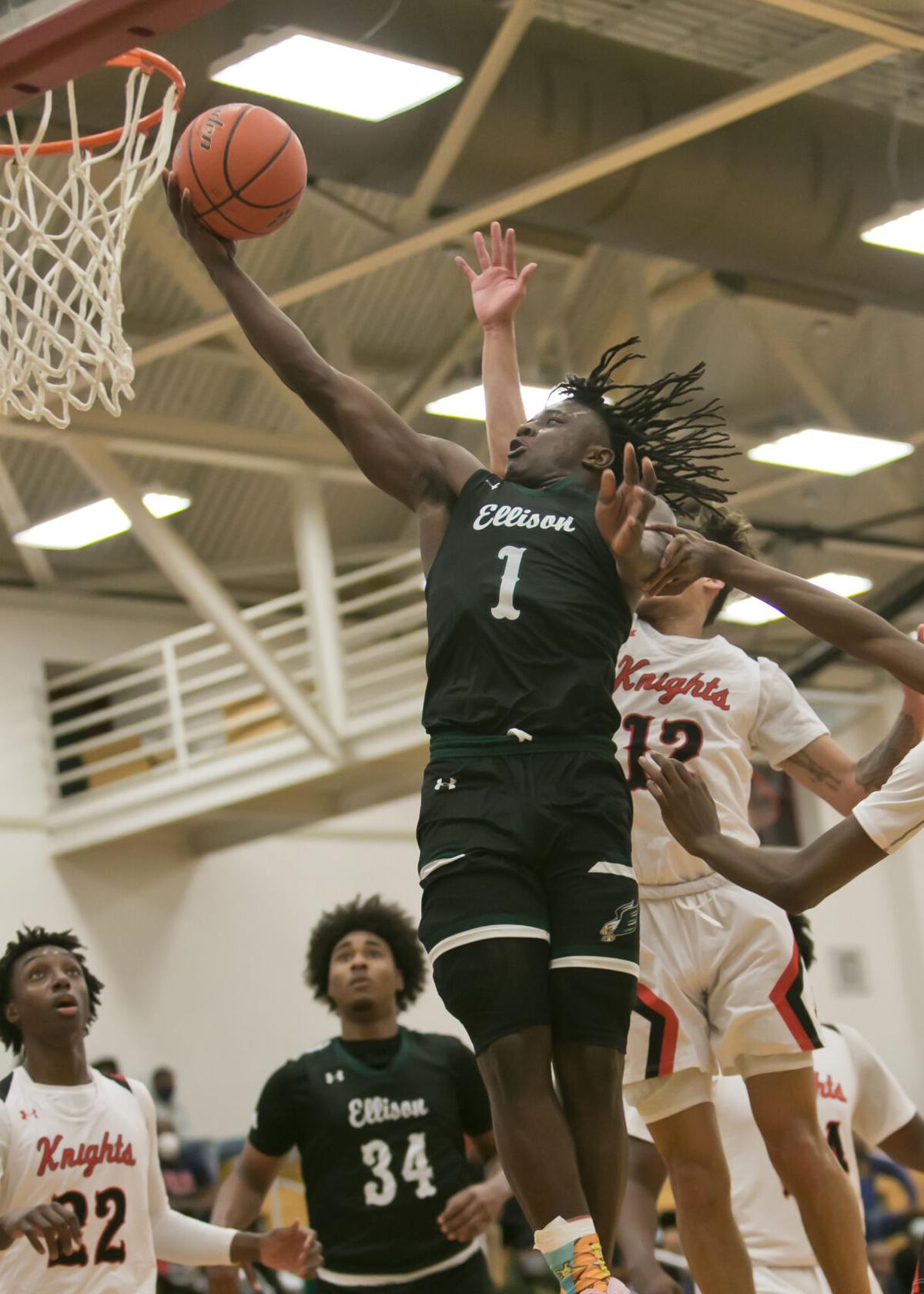 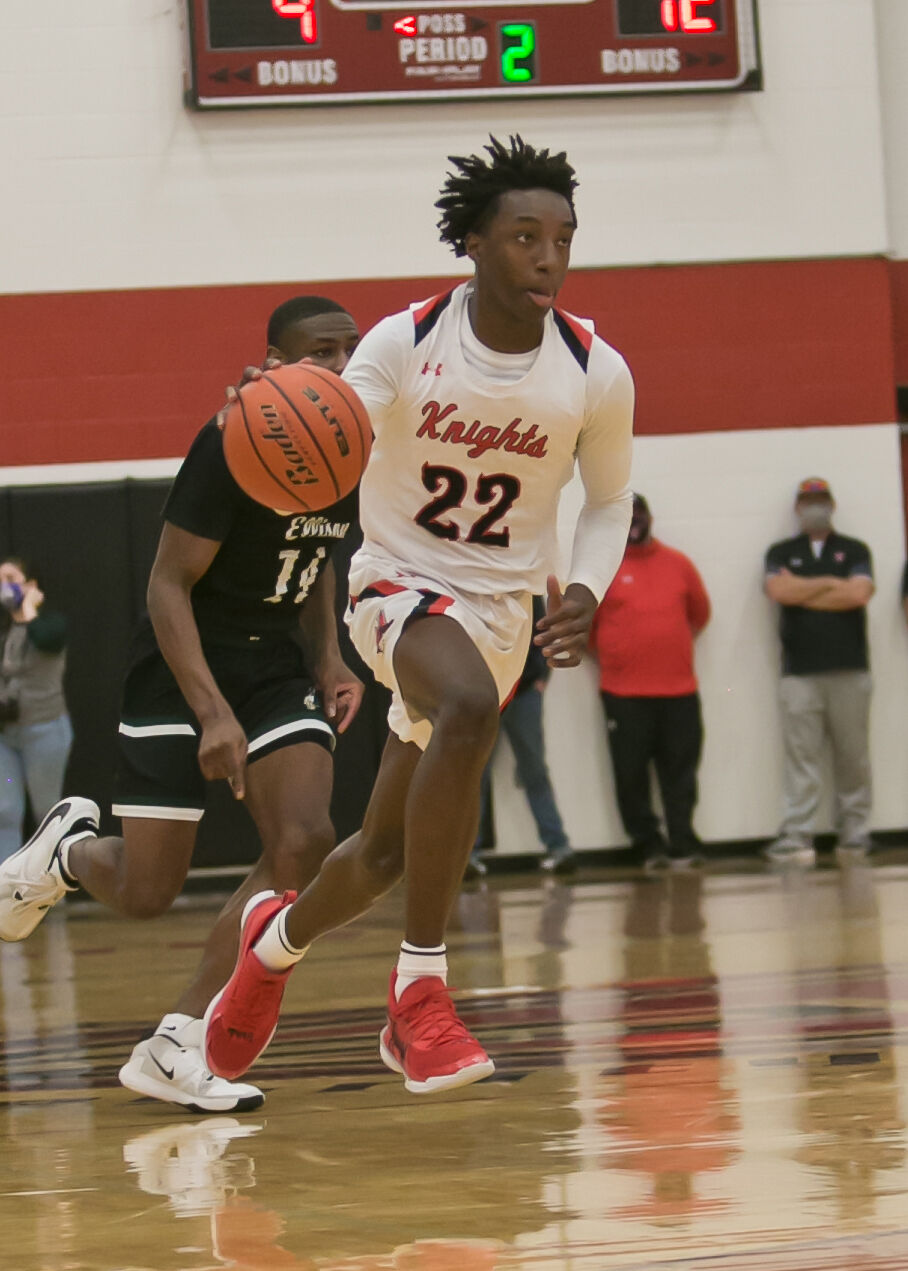 Harker Heights' Antwan Taylor (22) drives the ball down the court against Ellison on Tuesday night at Harker Heights High School. 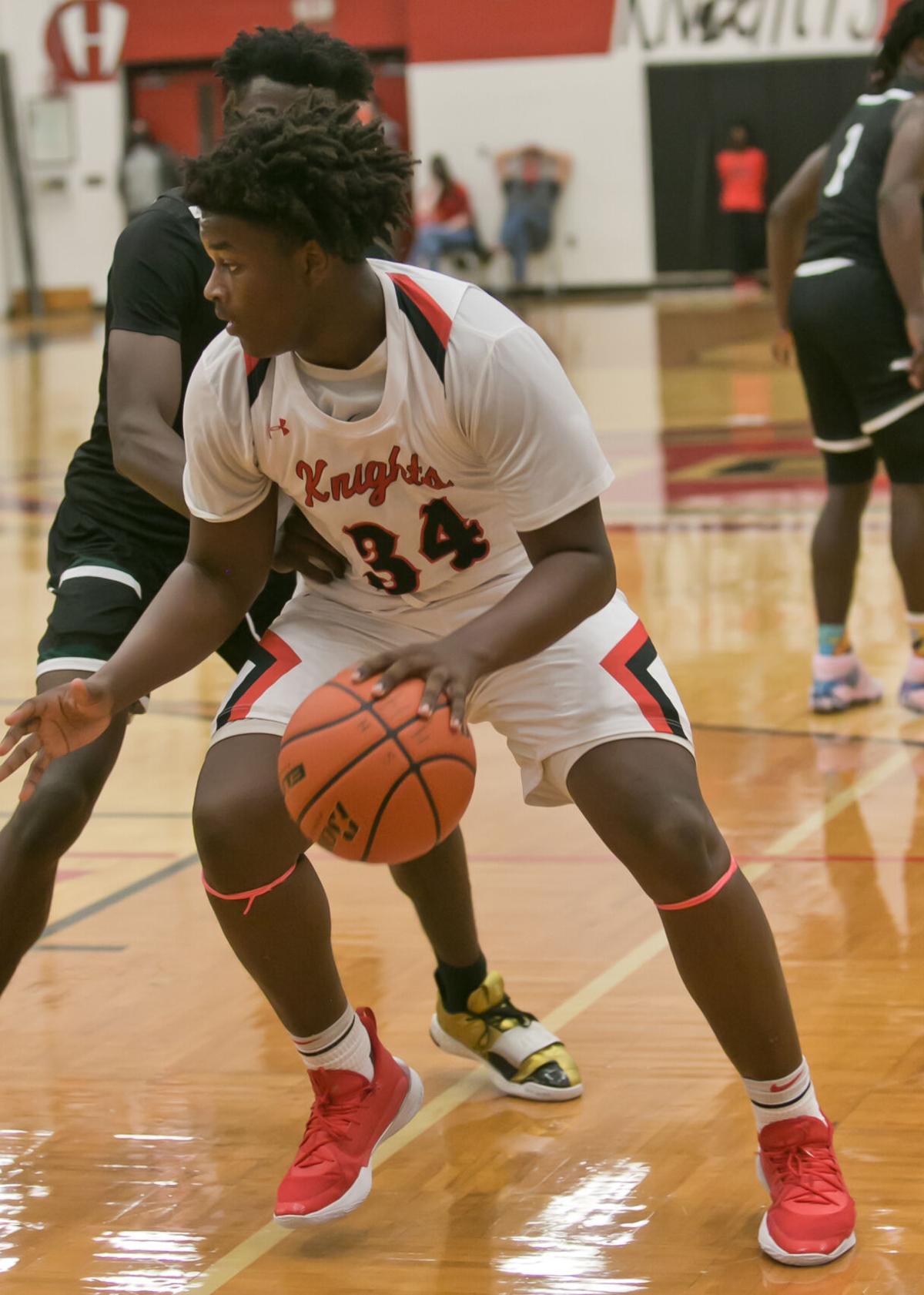 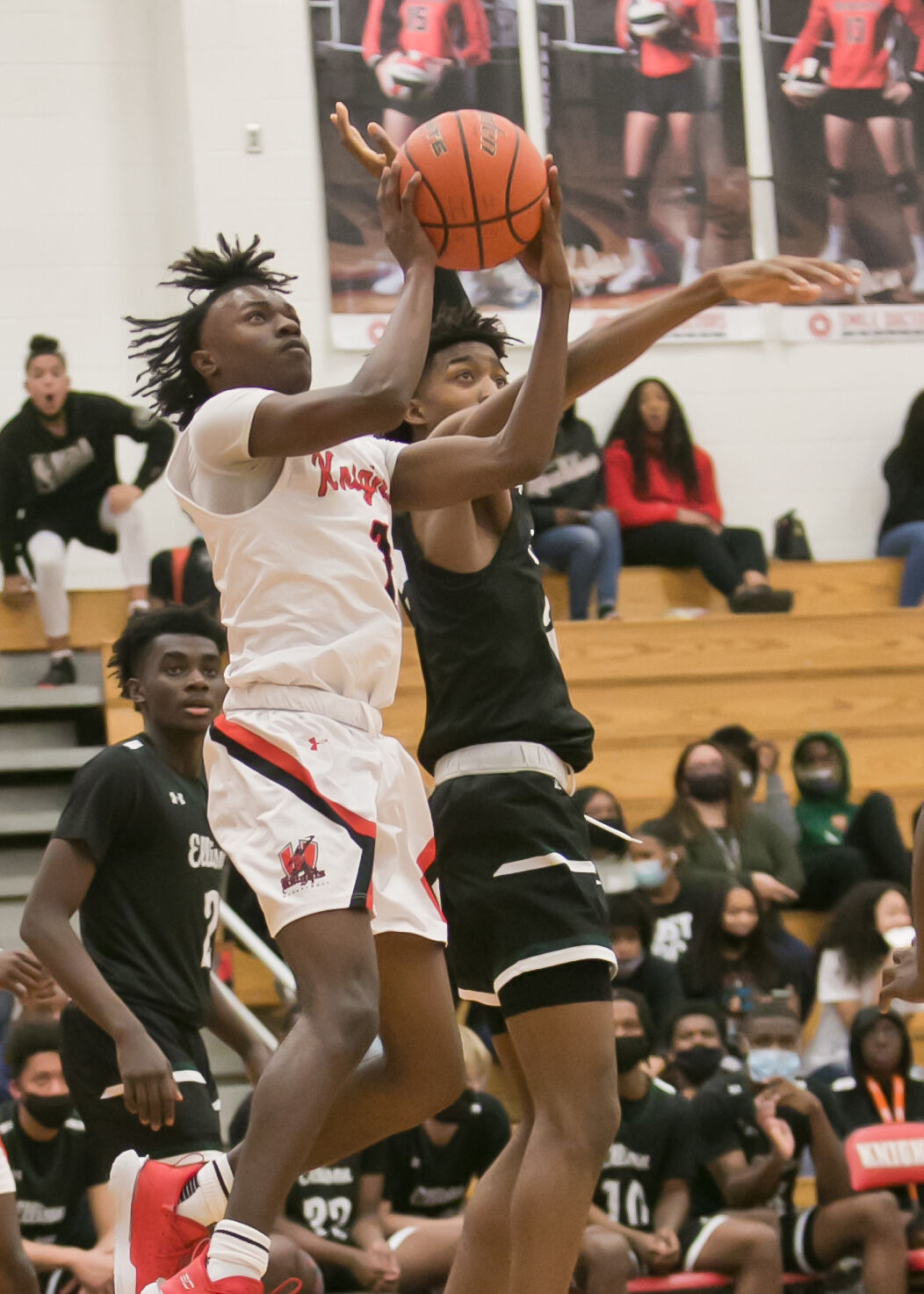 Ellison's Jamyron Keller (1) drives to the basket and is fouled by Harker Heights' Terrance Carter on Tuesday night at Harker Heights High School.

Harker Heights' Antwan Taylor (22) drives the ball down the court against Ellison on Tuesday night at Harker Heights High School.

The Ellison boys basketball team lost only one game in 2020. The ninth-ranked Eagles matched that number in their 2021 debut, falling 41-35 at Harker Heights on Tuesday.

Terrance Carter scored 21 points for the Knights, who bounced back from a pair of losses that knocked them out of the rankings after debuting at No. 24.

While low scoring, the game was not without its fair share of action. Leading the way for the Eagles (15-1, 2-1 12-6A) were Jamyron Keller with 19 points, Dante Tutein and Jayce Wright both scored six.

“I thought early on we were kind of sleepwalking,” Ellison coach Alberto Jones Jr. said. “It was kind of close. Late, I thought we picked up a little bit, but by the end of the game their big guys made plays. That was the difference. Their guys made plays, and we couldn’t hit a shot.”

Harker Heights coach Celneque Bobbitt said the game will go down as an instant classic.

“I have to tip our hats off to Ellison,” Bobbitt said. “It was a dogfight.”

After establishing a pace that would define the rest of the game, the Ellison Eagles were up 12-4 by the end of the first quarter.

While the Eagles remained in front 18-15 at the end of the half, the second quarter undeniably belonged to the Knights.

Bobbitt said at halftime he took his players to the smaller gym on campus so they could practice their free throws. While Bobbitt said he doesn’t believe free throws is what won them the game, it showed his team how serious he and the situation was.

The third quarter held several shifts in momentum. By the end, the Eagles expanded in their lead to 29-24.

The fourth quarter presented the Knights with their final chance to take a lead and secure a victory in front of their home crowd. With a minute left, Harker Heights moved in front, 34-33.

The Knights clung to that lead for the remainder of the game, handing the Eagles a rare setback.

“We got to take this one, learn from it, and get ready for Friday,” Jones said.

Bobbitt said Ellison came and did everything they were supposed to, making it the competitive game it was.

Both teams return to action Friday. The Eagles are back on the road to face 12-6A leader Belton (12-2, 3-0). The Knights are also on the road at Killeen. Both games are slated to tip off at 7 p.m.