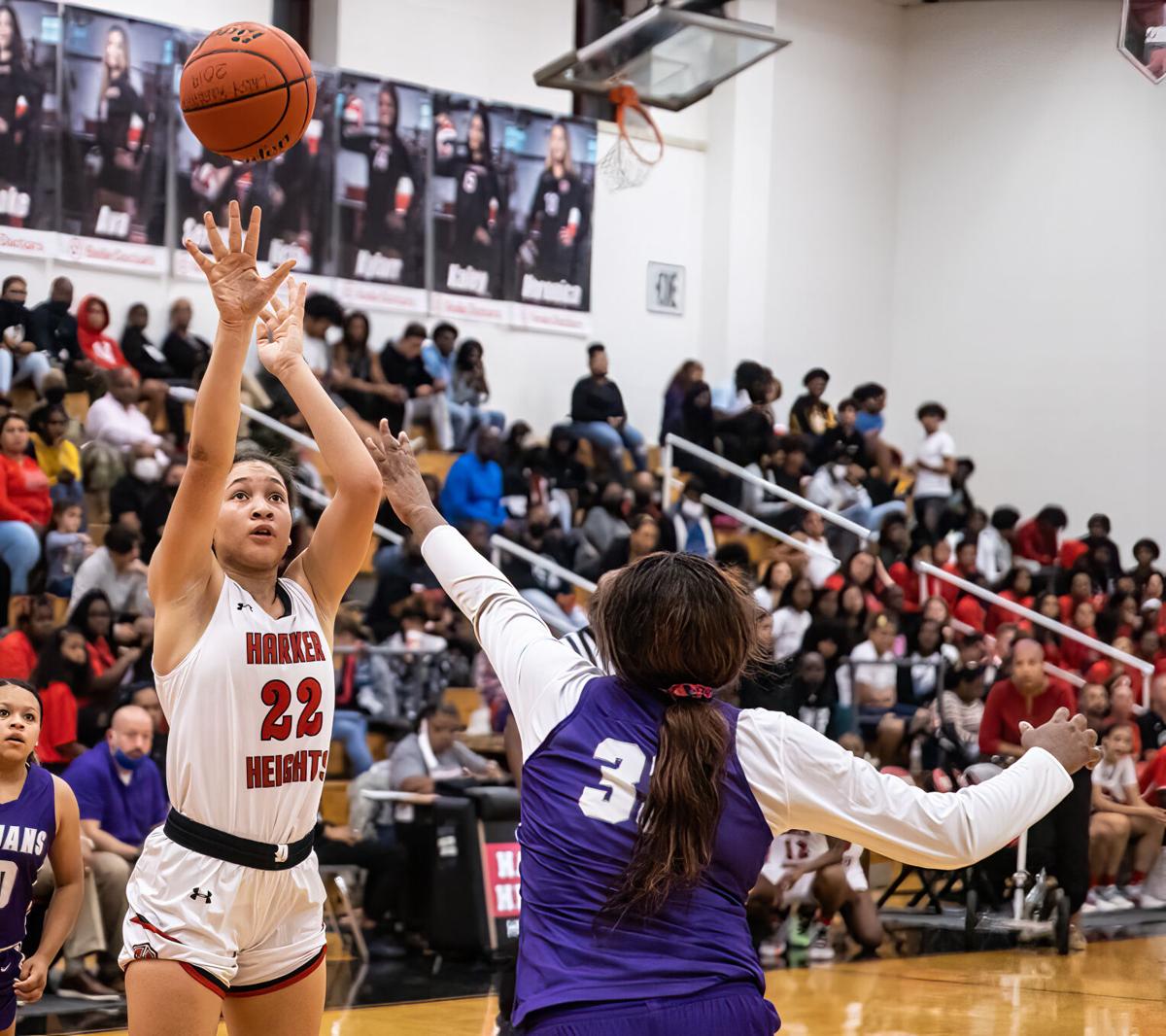 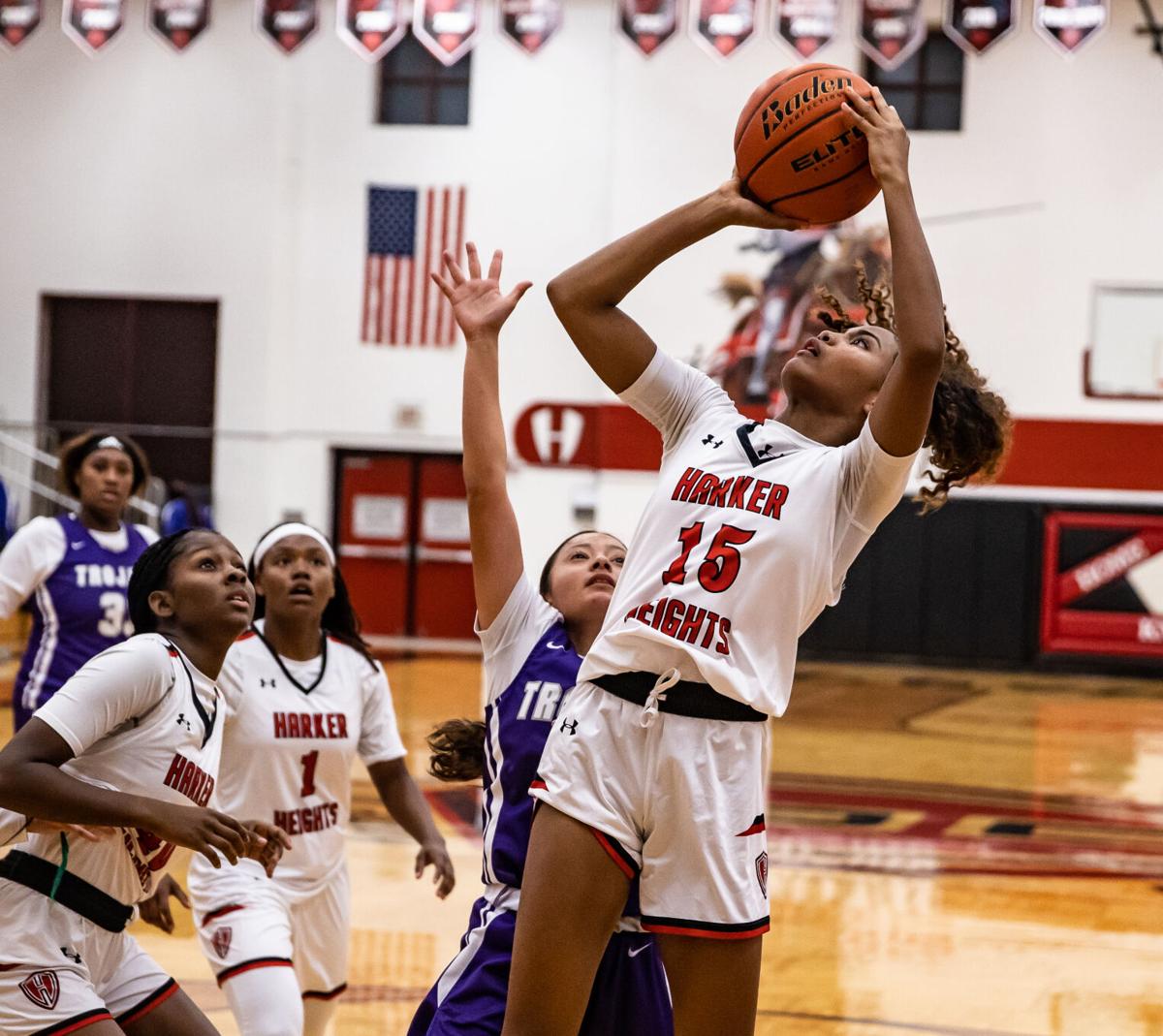 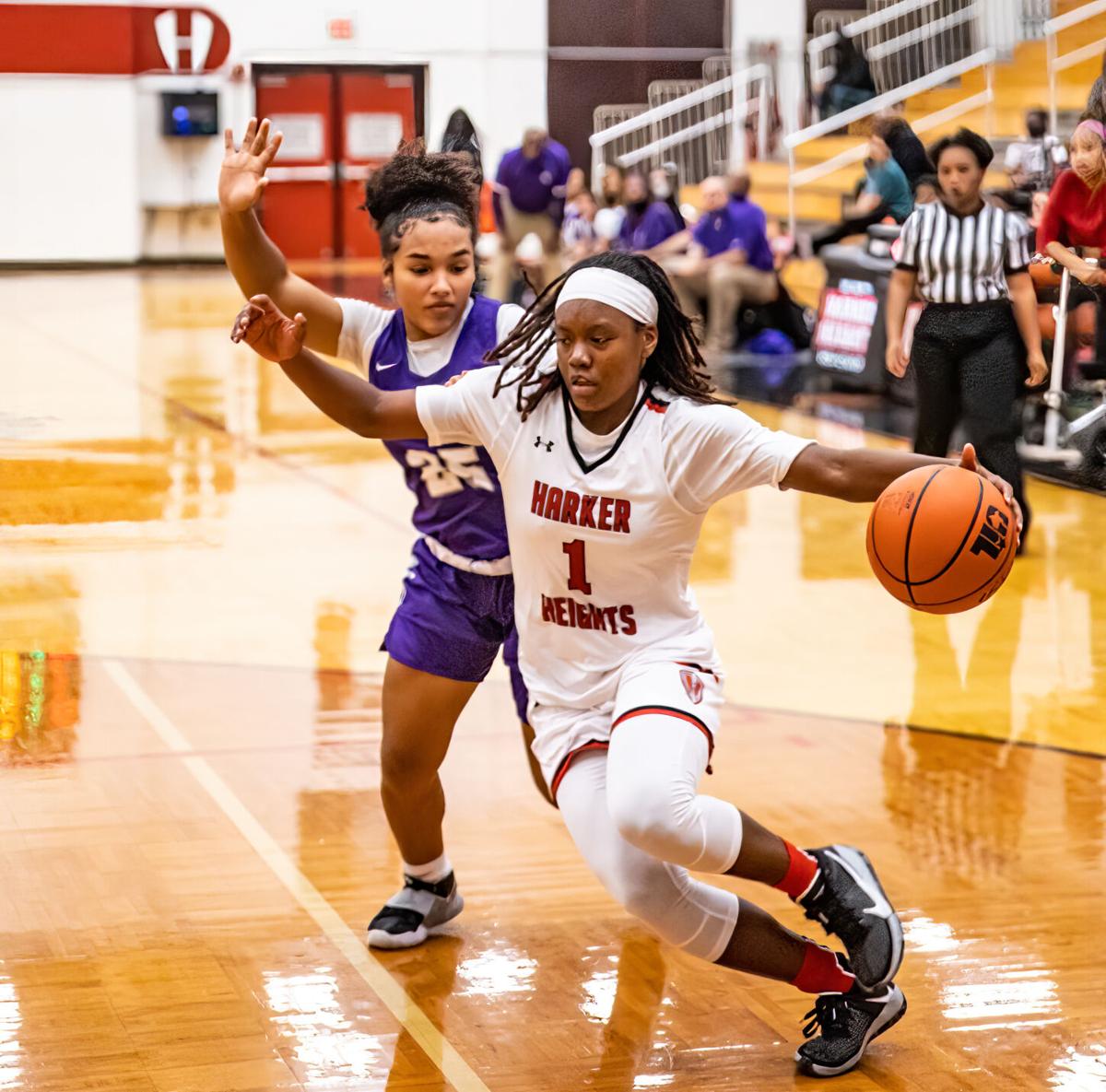 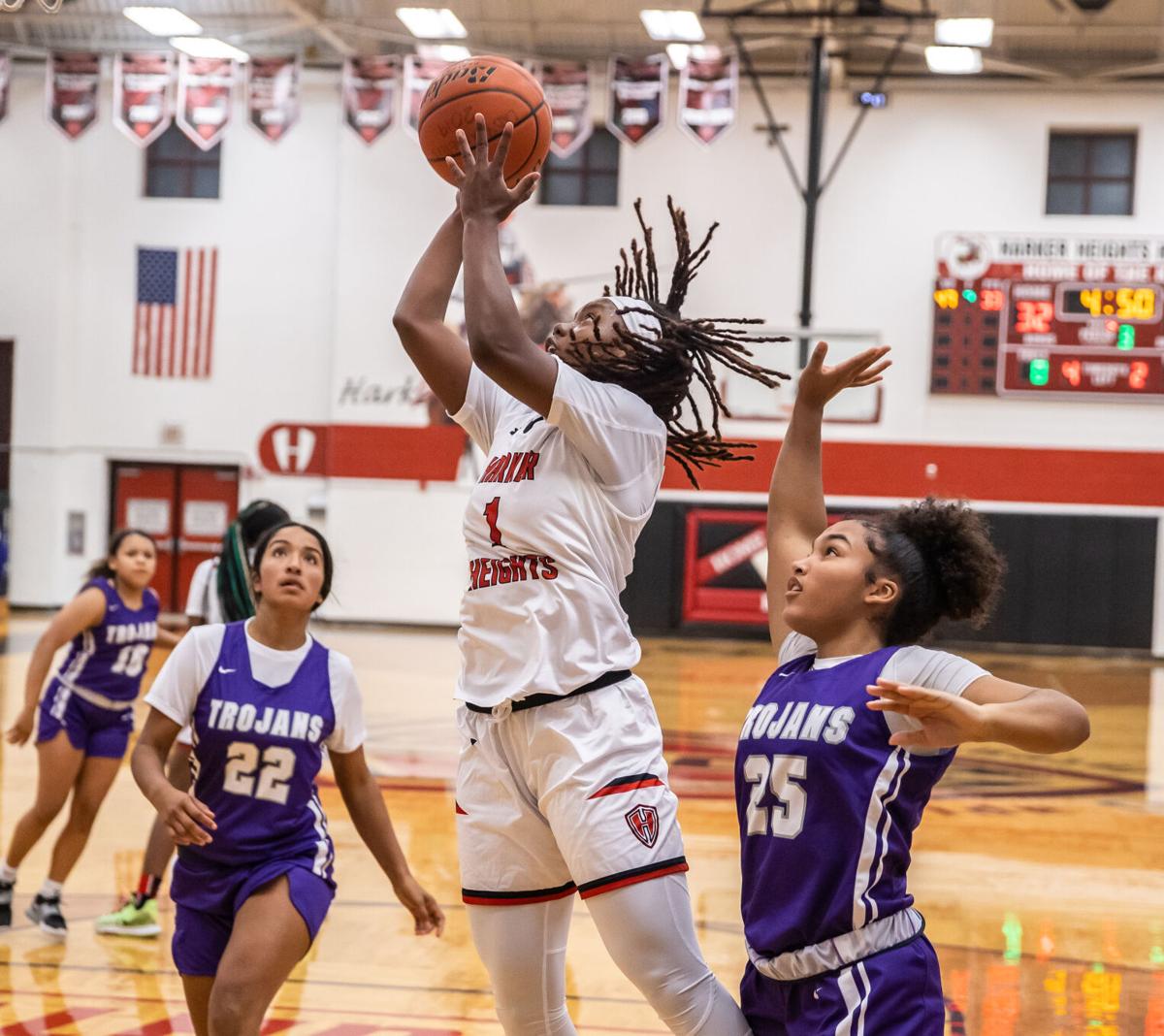 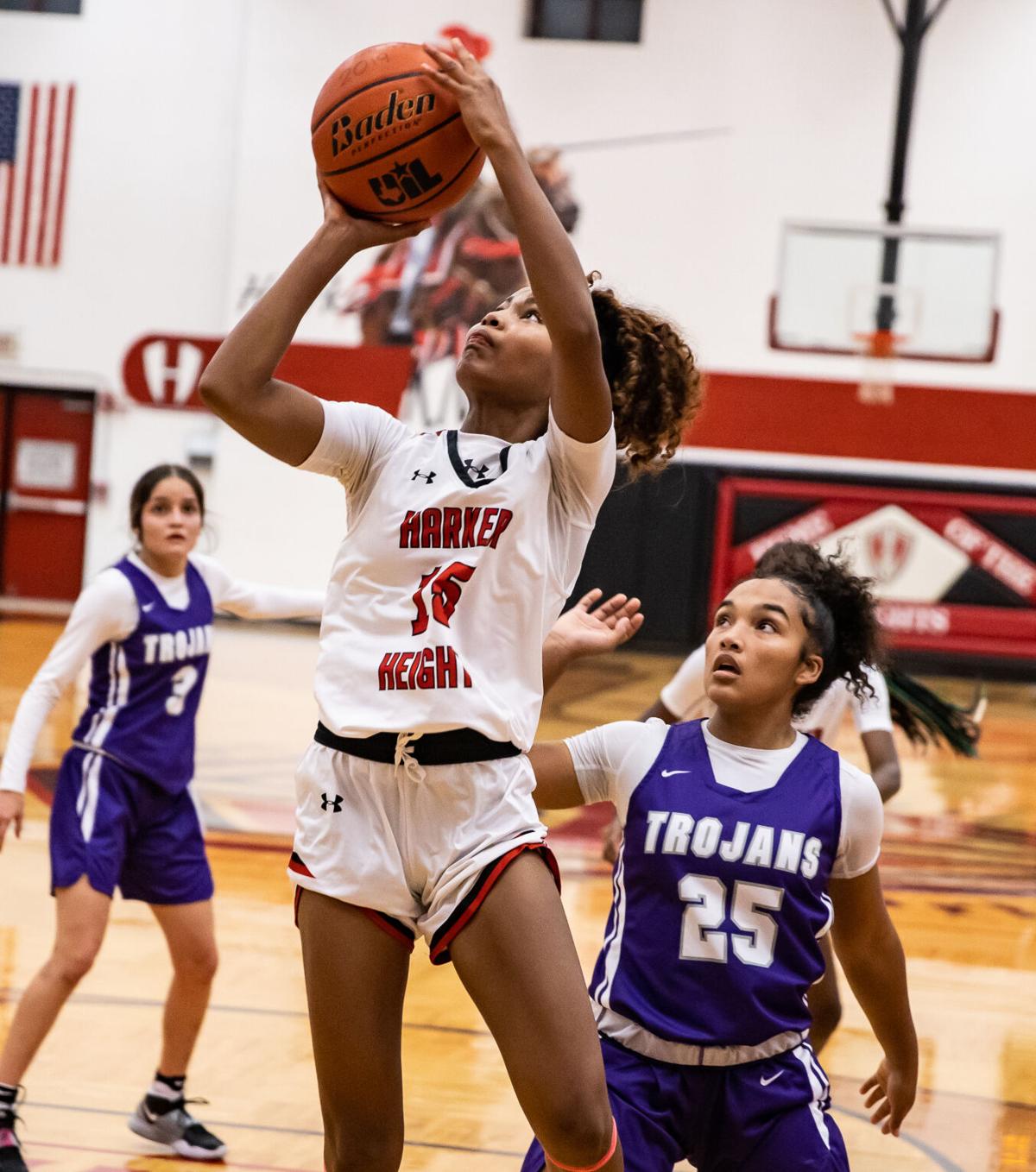 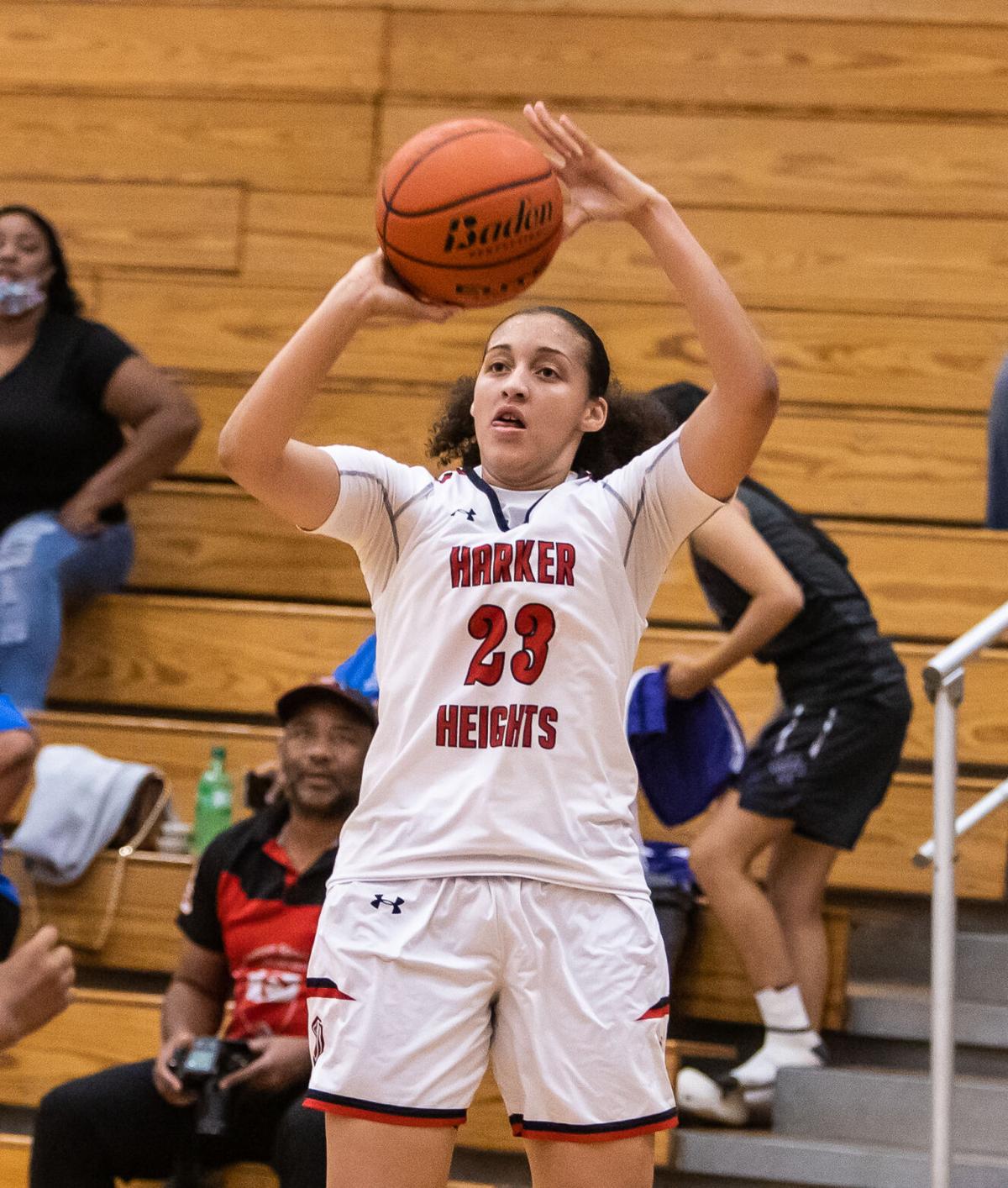 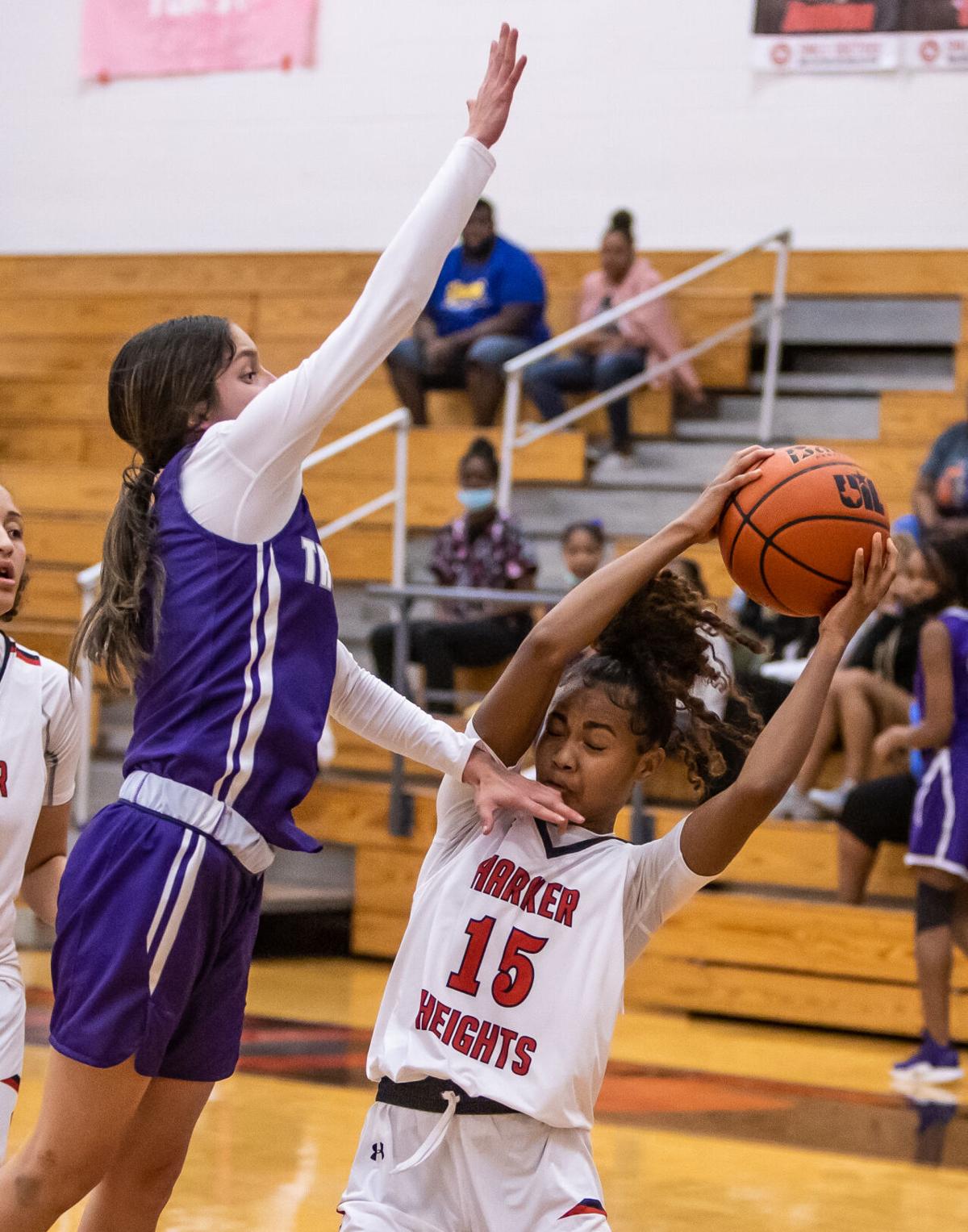 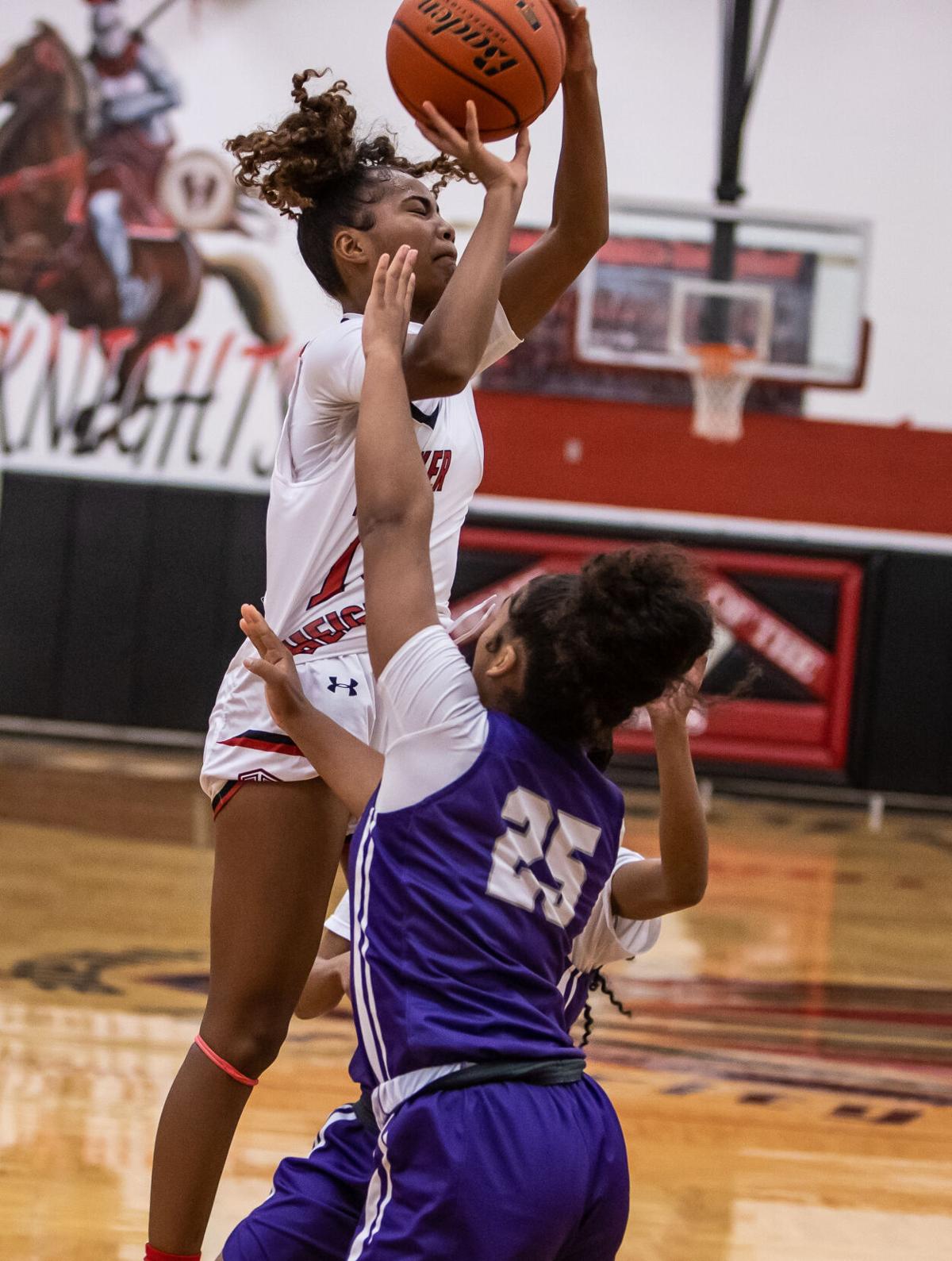 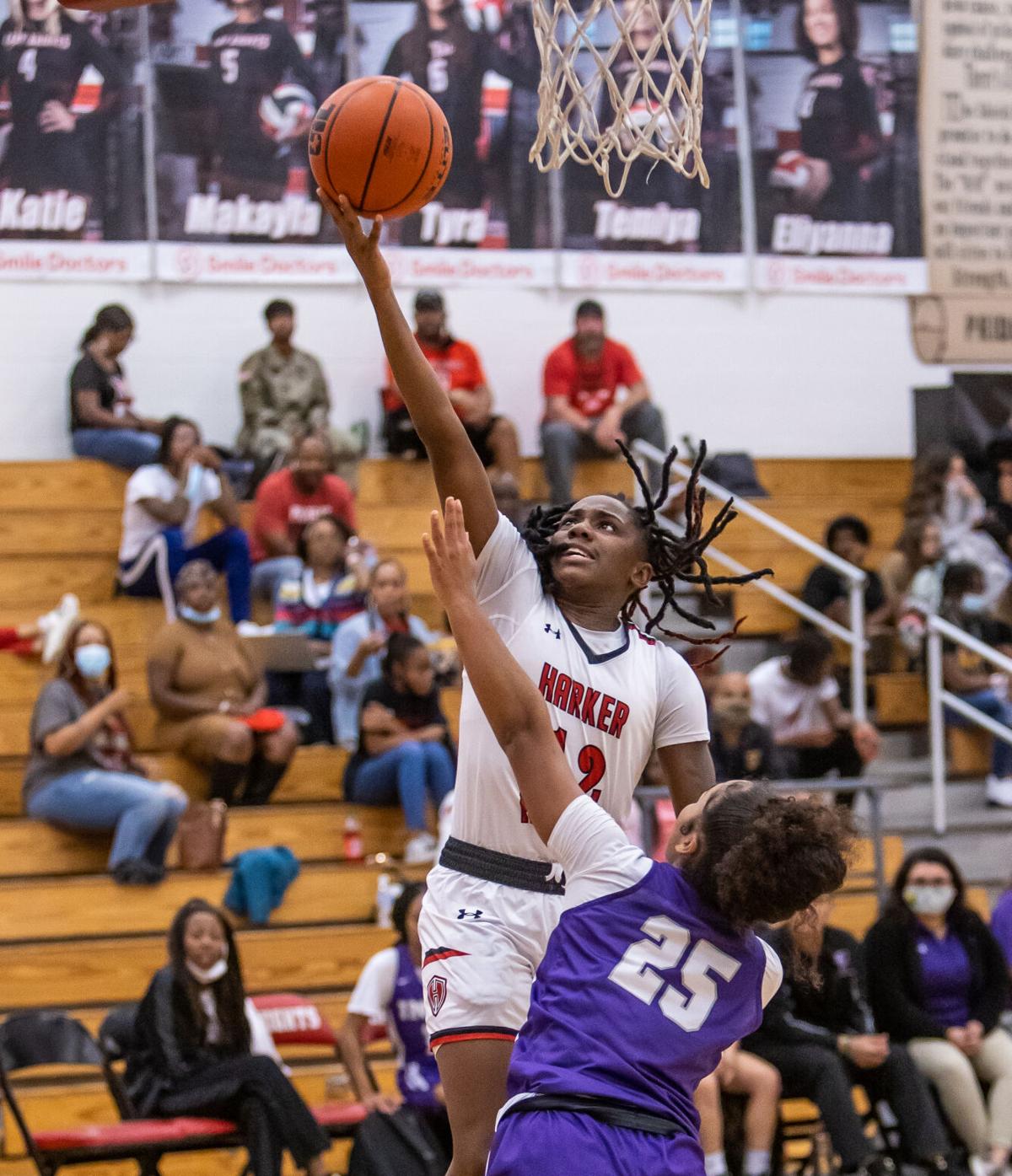 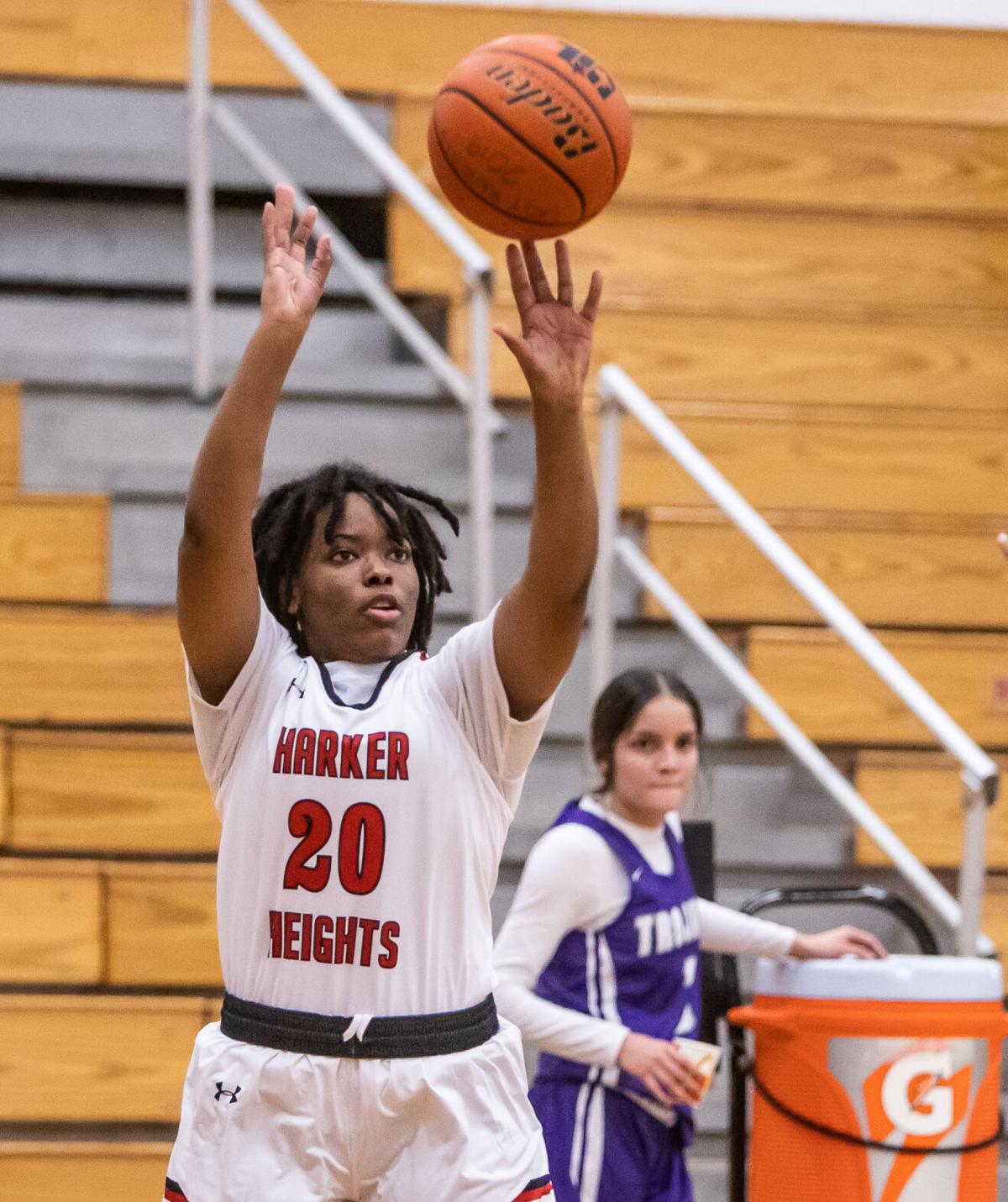 Harker Heights entered the season looking to earn a third consecutive District 12-6A championship after winning 14 of their final 15 regular-season games en route to a 16-4 overall record last season.

A lot has changed for Harker Heights, though.

Graduation ripped two of the program’s all-time best players away as two-time all-district most valuable player Sierra Brooks and longtime starting guard Emri Lovell moved on, leaving humongous holes in the roster that have deepened due to various injuries for key players.

But the Lady Knights’ head coach is not accepting excuses.

“It has already been a very difficult year,” Nelson said, “and things have changed the scope of the outlook I have for this team. If I had been asked during the summer, I’d think we would be fine, but looking at my roster, these are all new names.

“But we are just playing with a next-girl-up mentality, and it is going to take some adjusting, but we literally have to play like that for now.”

The absences showed early during Tuesday’s home opener against Waco University as the Lady Trojans scored four unanswered points late in the second quarter to pull within single digits, 27-19, but they would not get any closer.

Harker Heights recorded the first 10 points of the third period and outscored University 17-3 in the quarter, propelling the Lady Knights to a 58-31 victory.

“Coach Nelson is hard on us,” the senior said, “but she is hard on us for a reason. She really gave it to us at halftime and put all the negative on us in order to make us want to do better.

“So, when she is hard on us, it definitely makes us do better on the court.”

The Lady Knights jumped out to an 8-2 lead before seeing the advantage shrink to two points, 11-9, by the conclusion on the first quarter. Harker Heights (2-0) responded with a 16-9 run that ended with the Lady Trojans’ four consecutive points to close the half.

Eight consecutive points, however, from Harker Heights ended any possibility of a comeback.

“At halftime,” Roberts said, “we talked about rebounding, boxing out, jumping to go and get the ball, playing good defense and being solid.

“It was just a matter of doing the little things that allowed us to take over.”

Now, the Lady Knights will look to extend their winning streak all the way to a tournament championship as they travel to Austin Bowie on Thursday for the three-day BeYOUtiful Classic. Harker Heights opens play against Houston Memorial at 8:30 a.m.

Although a lot has changed for the Lady Knights, some things remain the same.

“Making the playoffs is our expectation,” Nelson said, “and then, going a couple rounds deep is our goal.

“We’ve worked really hard to change the culture of our program, our kids have put in a lot of time, and my expectations are brutal, but the girls are responding.”