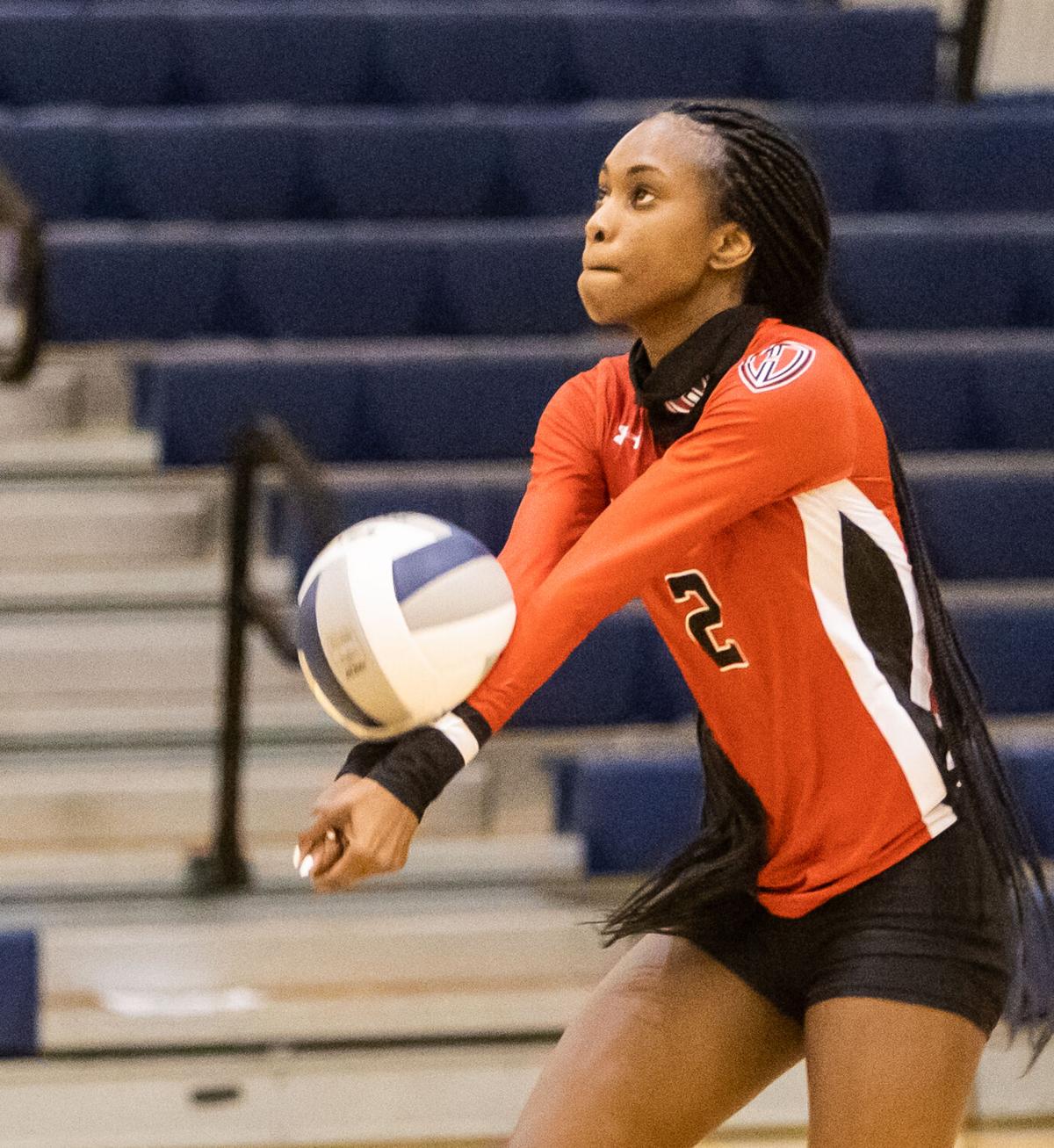 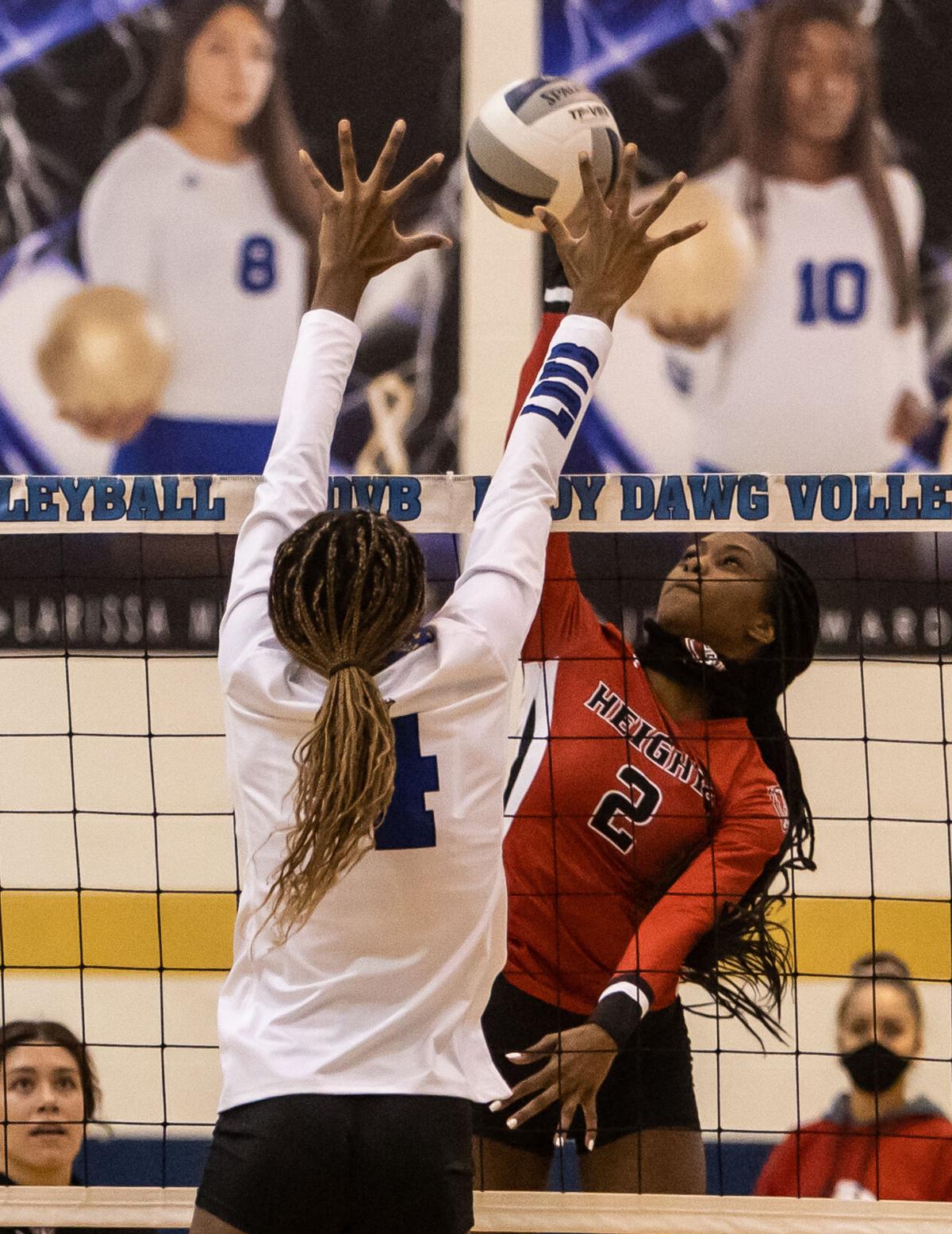 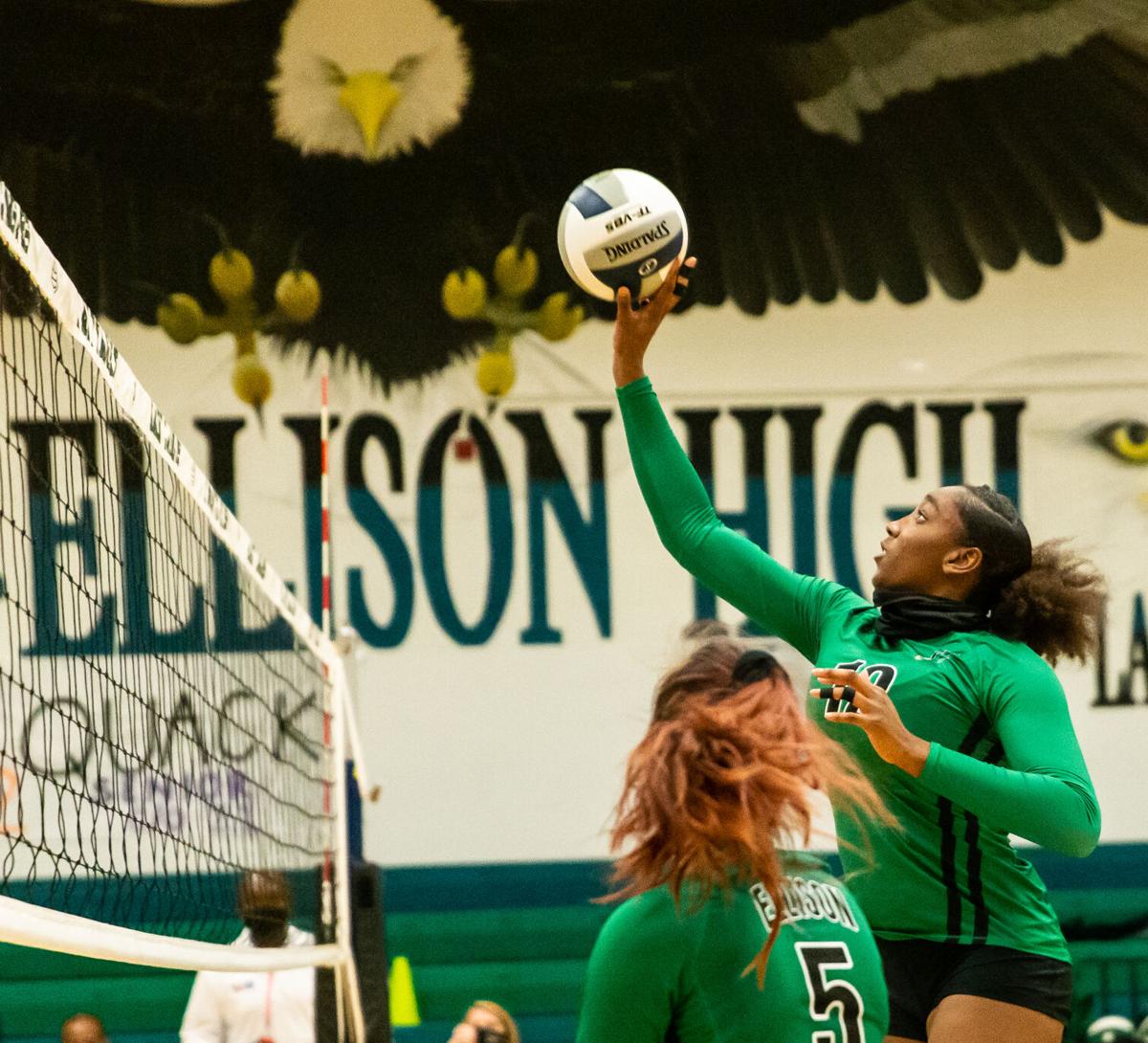 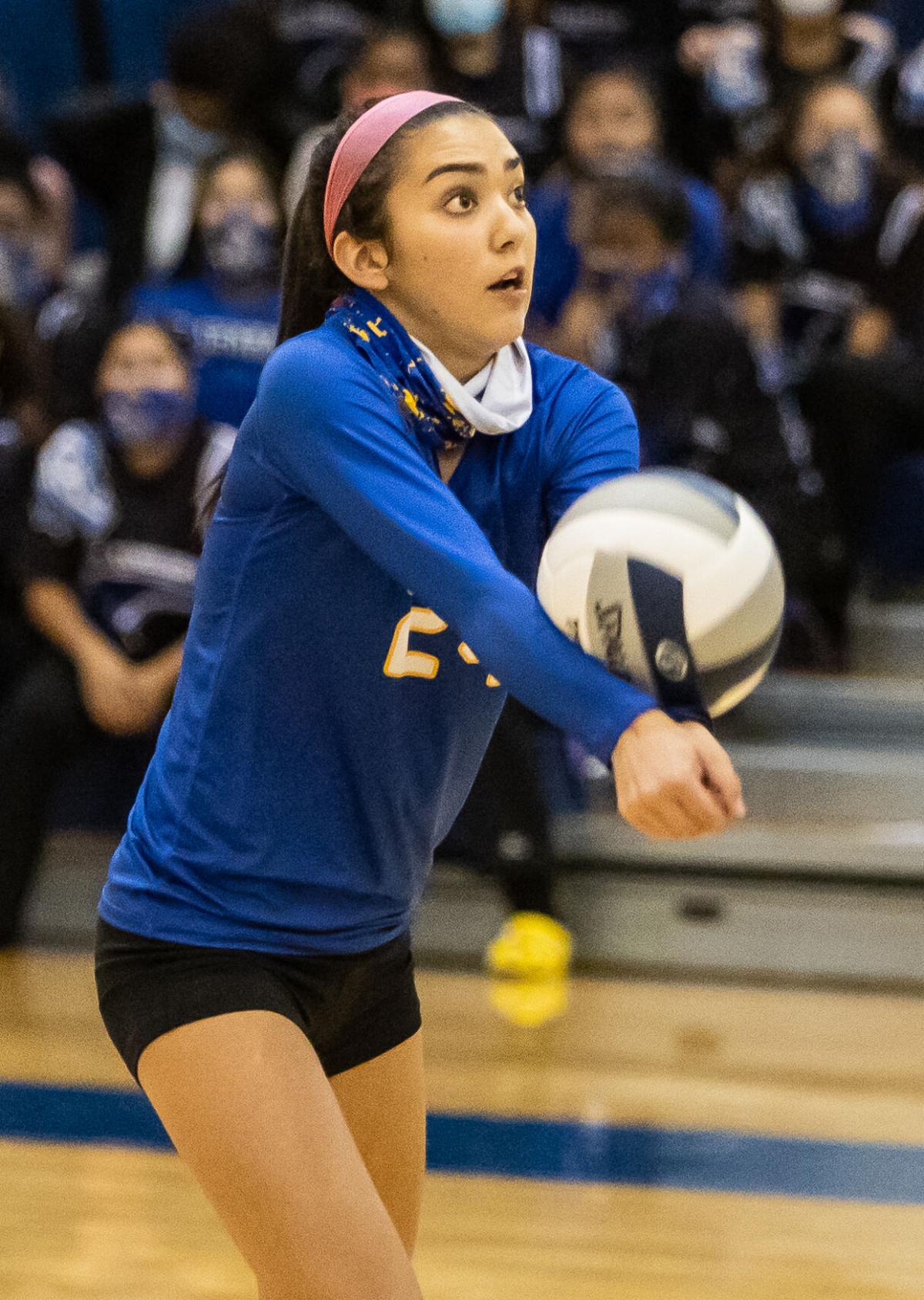 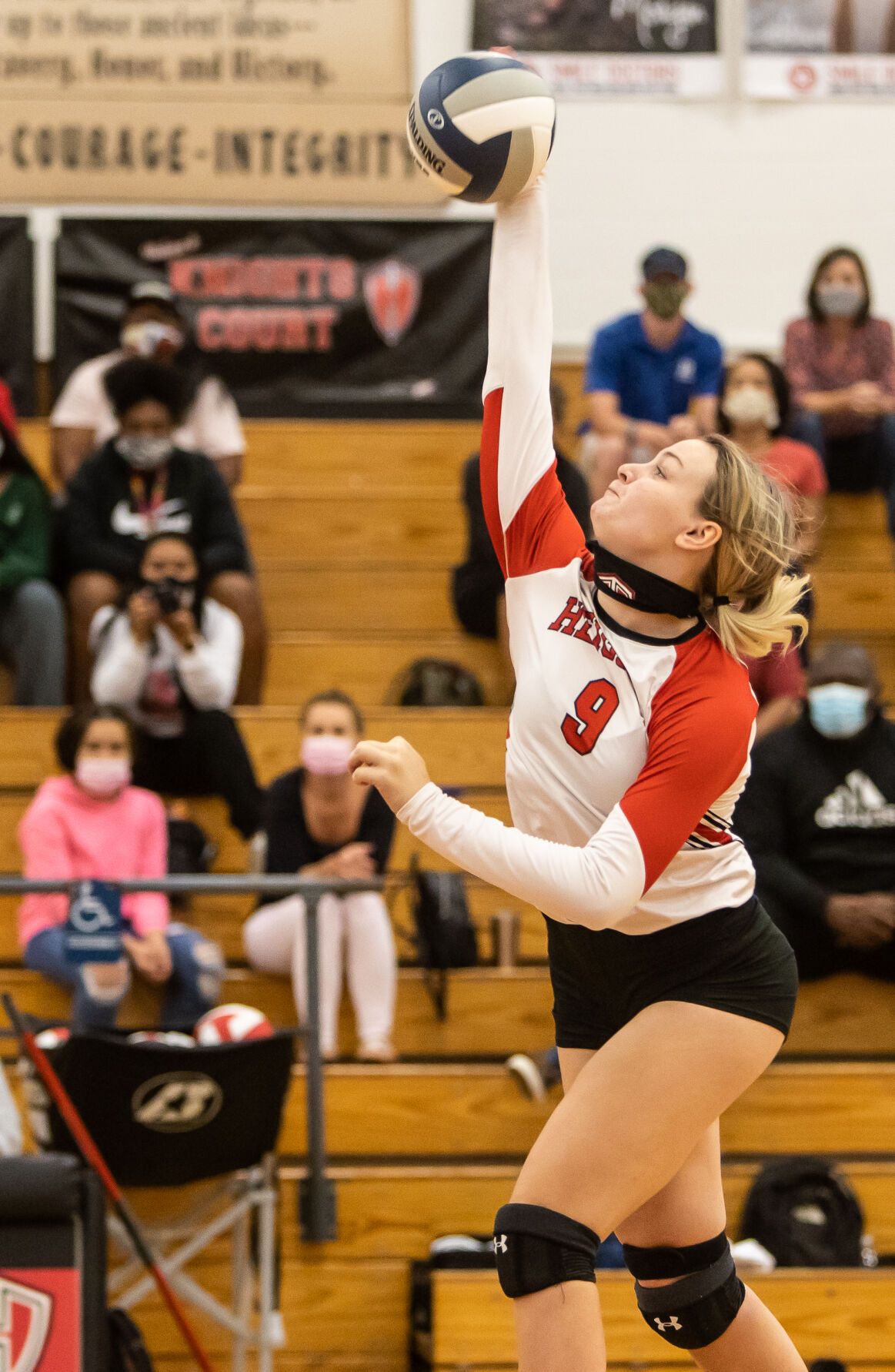 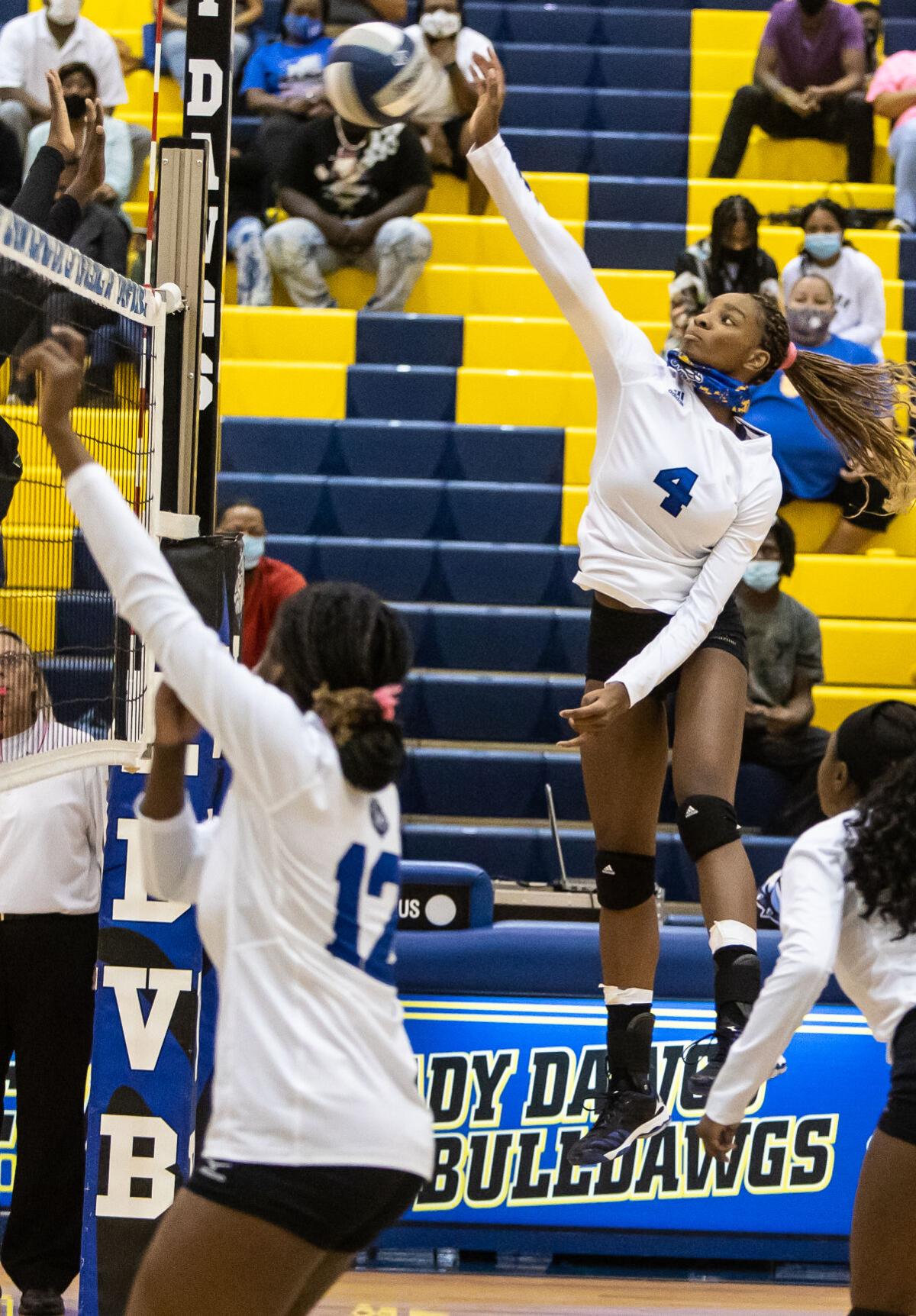 For helping the Lady Knights win the 12-6A volleyball title, Harker Heights’ Kayla Williams, Catherine Bakken and Alina Wilder are most deserving of the all-district accolades they received Monday.

But they did so much more, ending an eight-year playoff drought and changing the perception of Lady Knights volleyball.

Heights last made the playoffs in 2012, when it finished runner-up in district. Since then, the Lady Knights had not been competitive, never winning more than four games in league play.

This season Heights dropped its 12-6A opener, then won 11 straight, easily clinching a playoff spot and providing just enough cushion to hold off a hot Bryan team down the stretch for the district championship.

Wilder, in her third season at Heights, was named 12-6A Coach of the Year.

“Not only does she expect a lot out herself, but she expects her teammates to be their best as well,” said Wilder. “We need that kind of accountability, and Kayla has brought that to our team.”

Williams made a big leap this season after earning all-district honorable mention a year ago.

“Kayla has been our go-to player this season and has accepted her leadership role. Her team looks up to her and they know they can count on her to get the job done.”

“Her work ethic is amazing, and she is one of those athletes who will give you 110% in practice and in games,” Wilder said. “She demands more from herself and from her teammates.

“Even with everything going on this season, Catie has stayed focused and driven to help make this program successful, and to leave her mark at HHHS.”

Wasiak was named most valuable defensive player for the second straight season. She is the third of a trio of sisters that have played libero at Cove dating back to 2015.

Wasiak had 538 digs and served 20 aces for the Lady Dawgs.

“She makes it look easy, but defense is the most difficult part of the game,” Cove coach Cari Lowery said. “She is great at what she does and still not as good as she is going to be.”

Gaston, a middle blocker, had 165 kills and 73 blocks in only her second year in the sport.

“Her improvement from last year to this is very impressive, especially considering the lack of offseason and the instability of this COVID season.” Lowery said. “Kyra is very smart and very coachable. She absorbs every word I say. She really is a student of the game. She is powerful, quick and a great jumper.

“I hope we have a normal offseason because I can’t wait to see how she will grow and improve by next season.”

Aided by newcomer of the year Kira Bass, Ellison returned to the playoffs for the seventh straight year. Ellison coach Sarah Stolley calls Bass “a tough, hard-working and coachable player with a remarkable team-first attitude.”

“I told KB before the season that my goal was to get her Newcomer of the Year this season and she did it!!!!” Stolley said in a text message. “She sat out the preseason due to an ankle sprain and came back to make an immediate impact.”

Bryan’s Megan Vaughn was selected as most valuable setter.

Belton (Isabel Holguin), Killeen (Kaila Mills) and Shoemaker (Nathalynn Nanai) each had one player chosen to the first team.

NEWCOMER OF THE YEAR—Kira Bass, Ellison.

TUESDAY'S 12-6A VOLLEYBALL: Heights gets 12-6A sweep of Cove