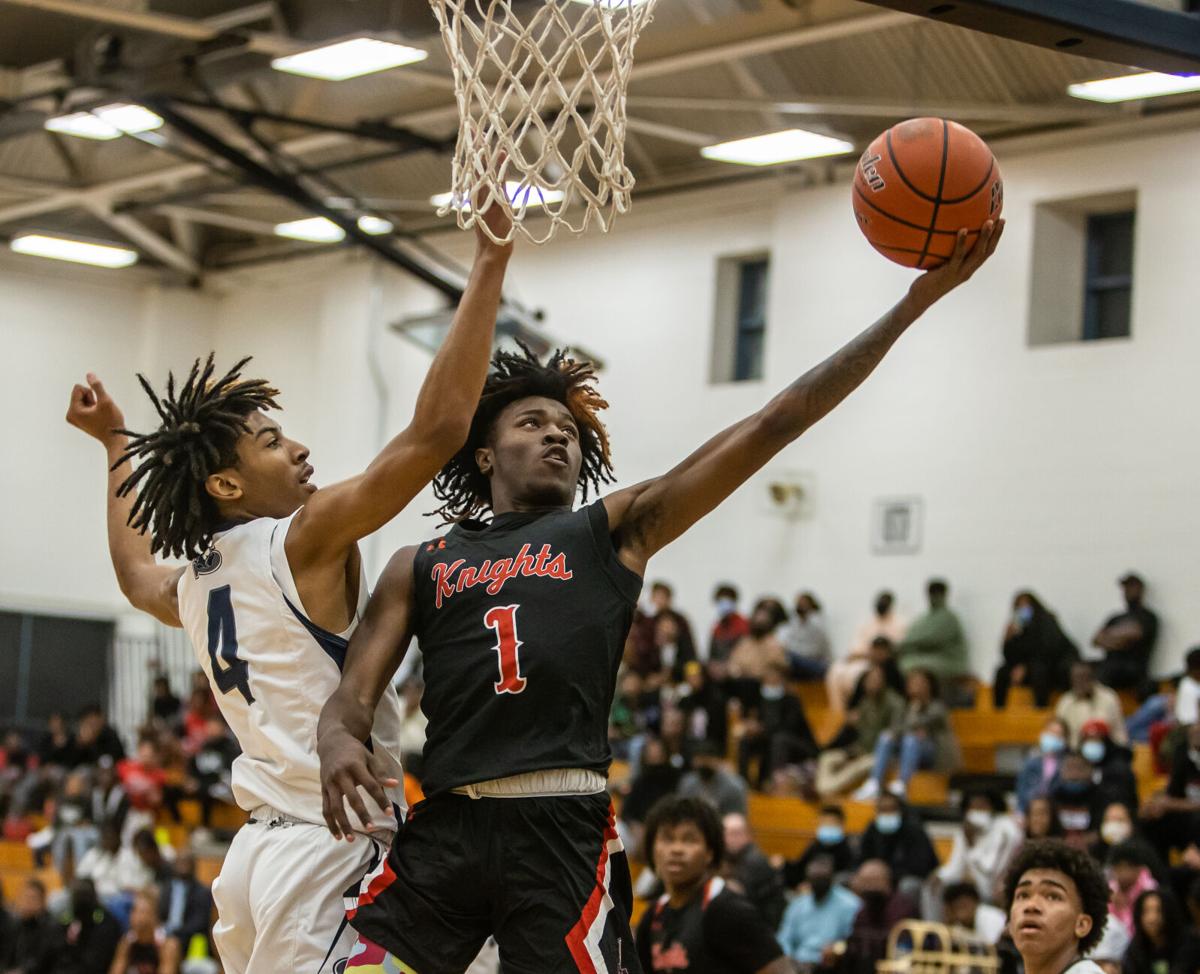 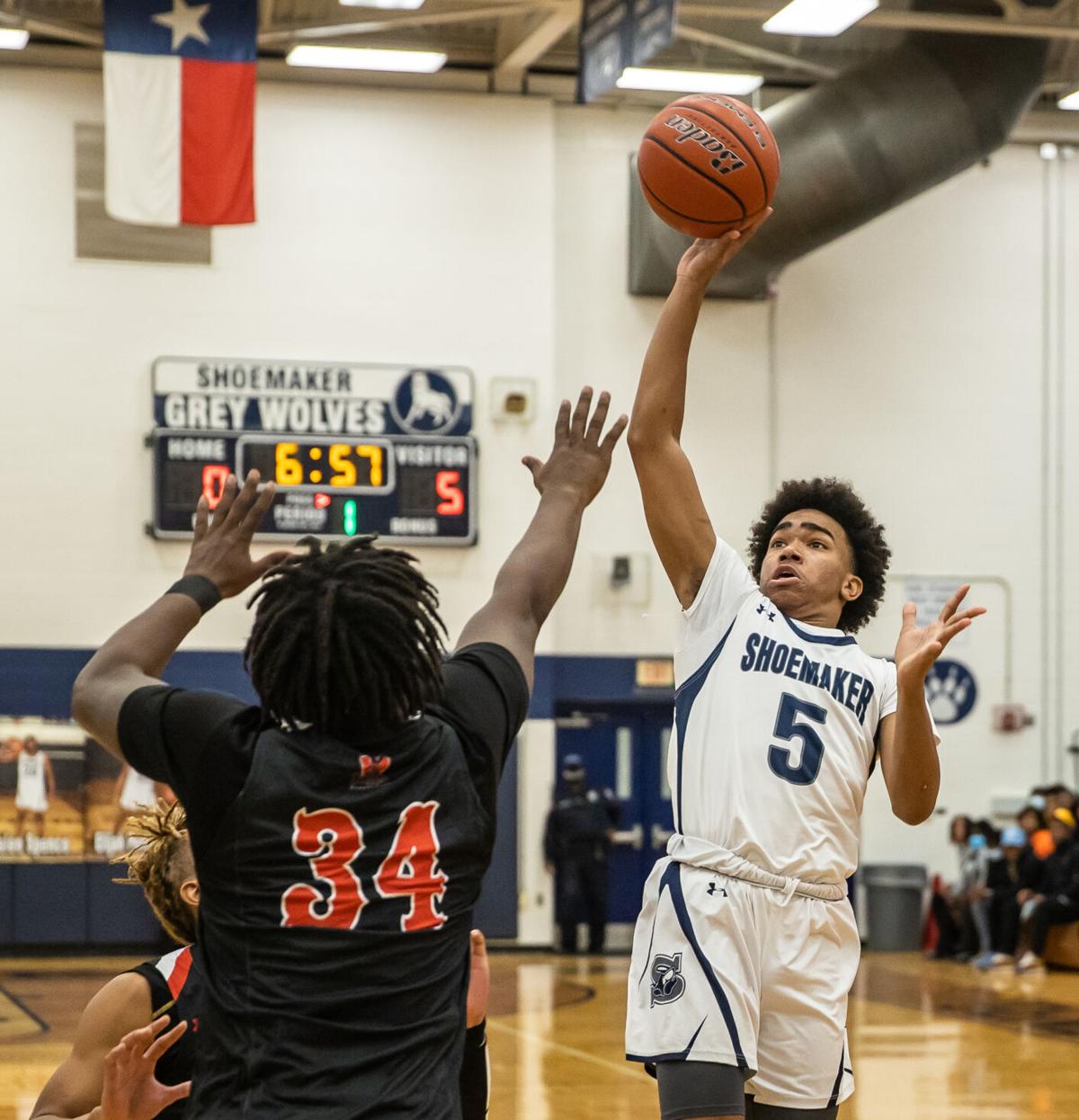 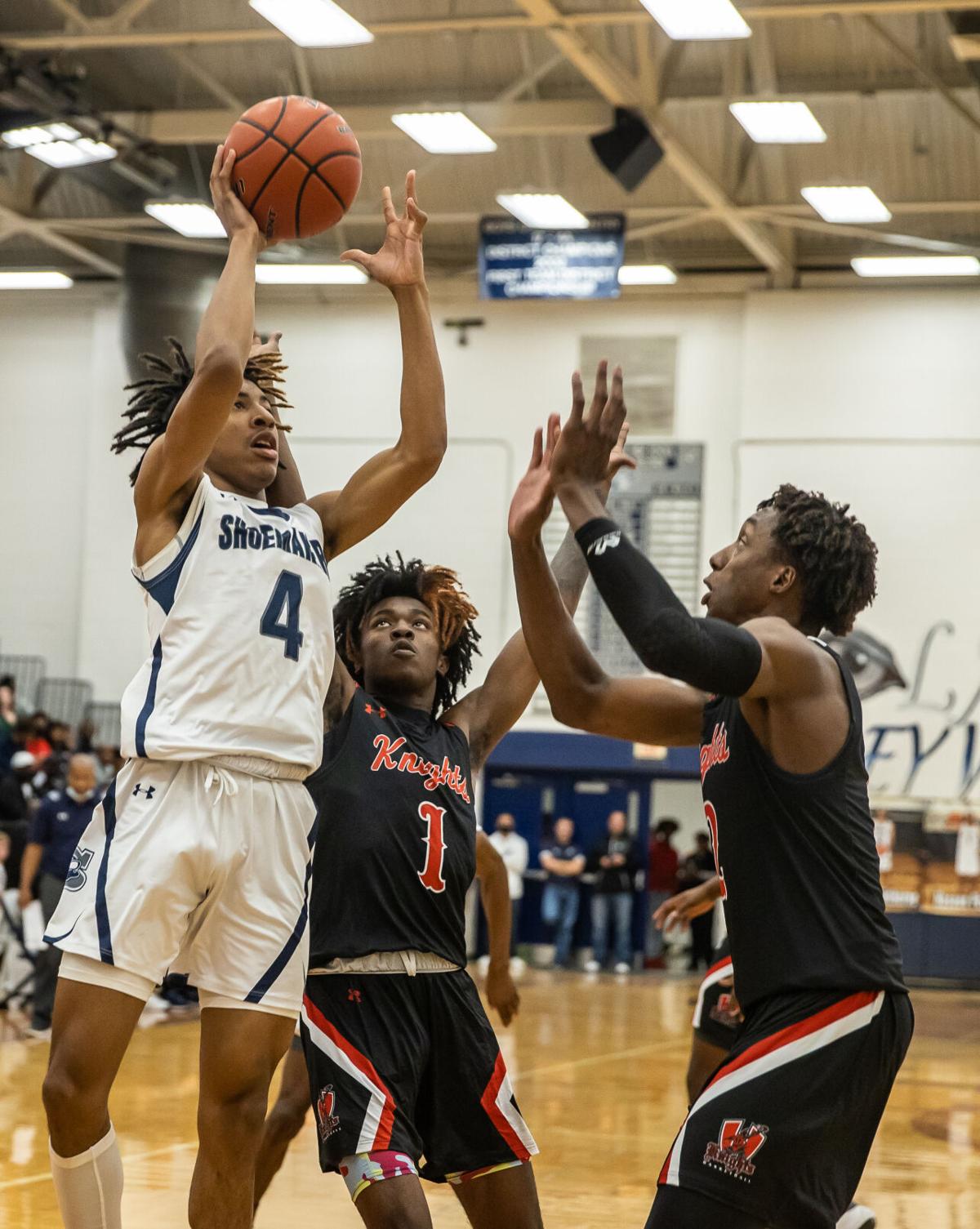 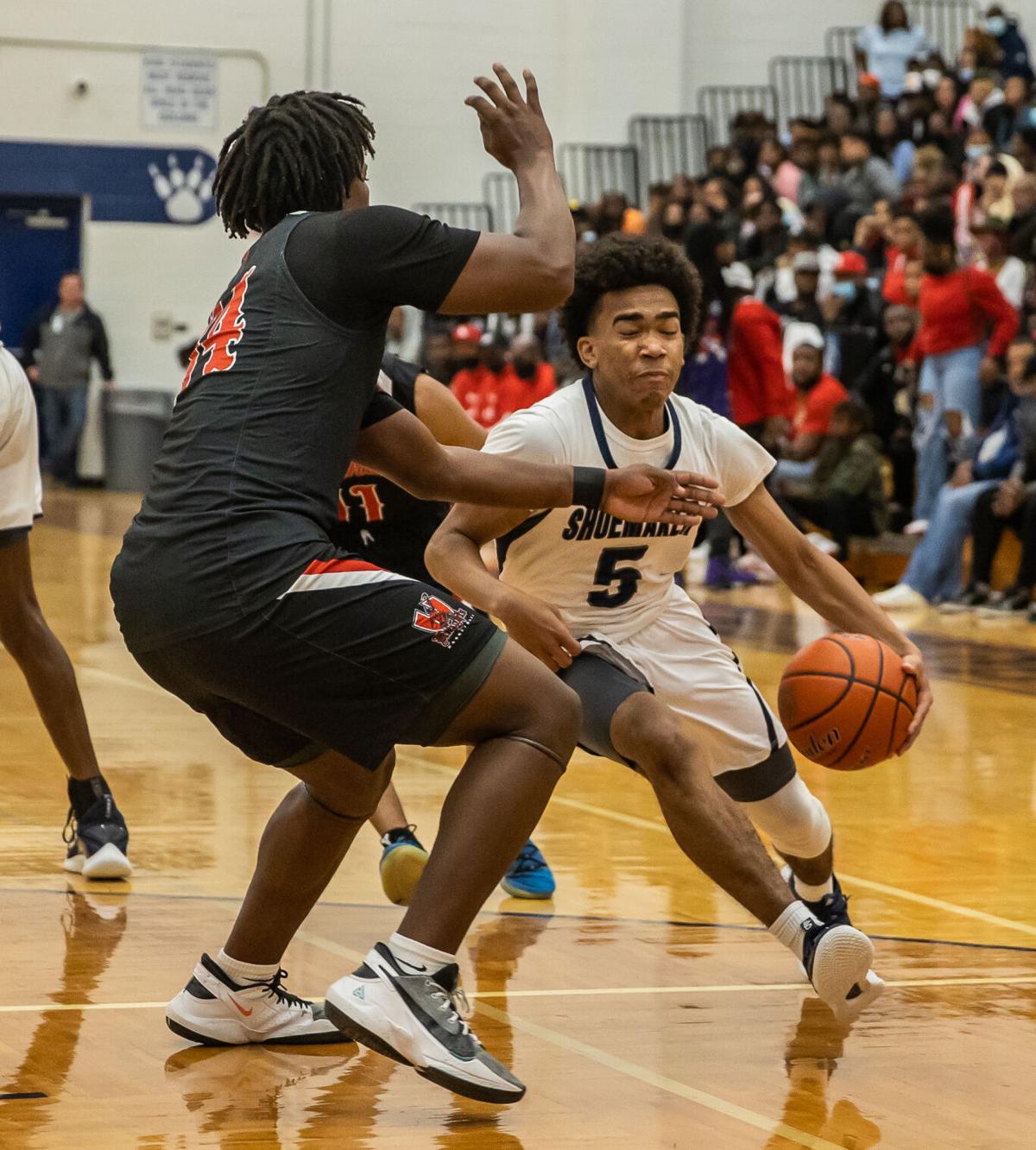 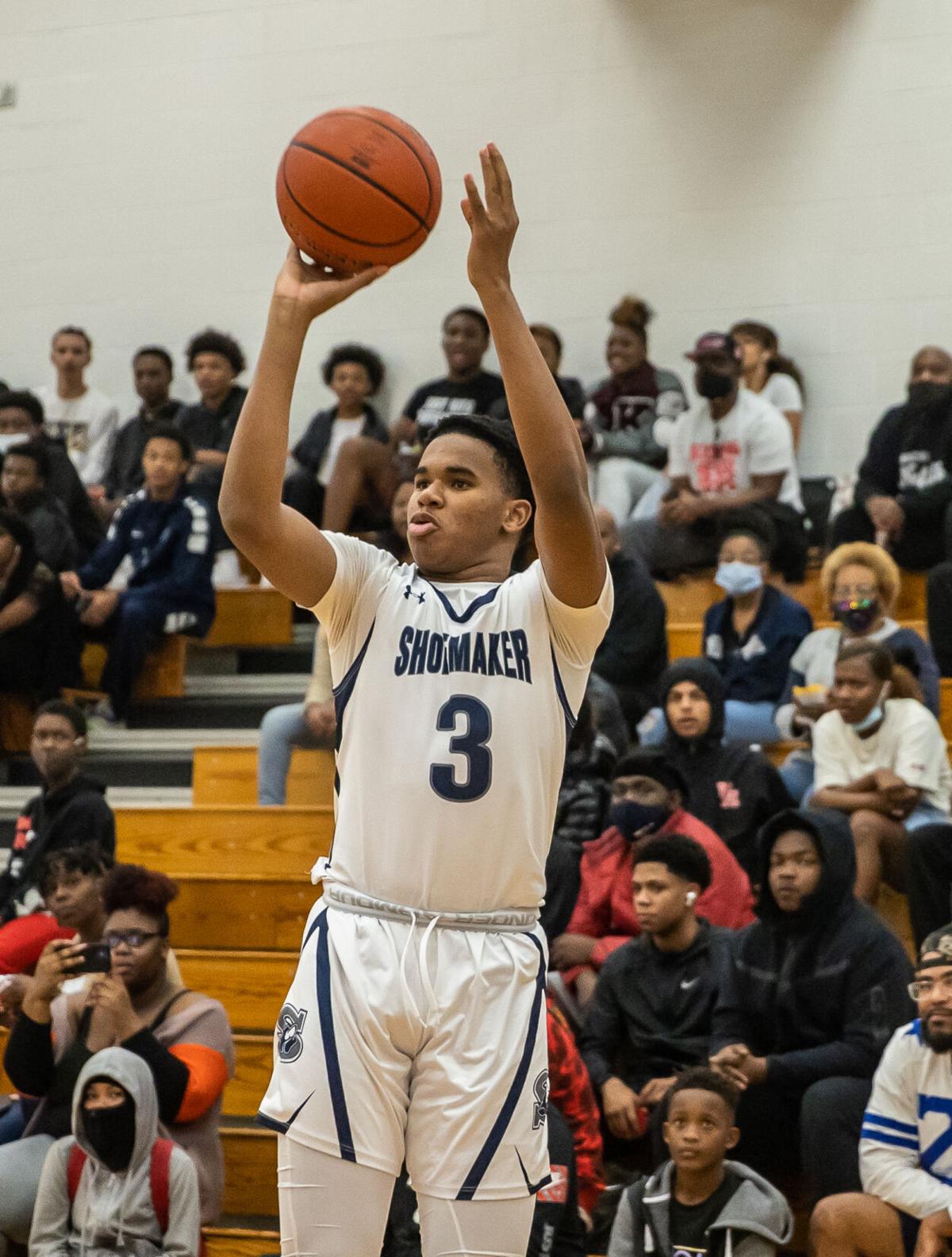 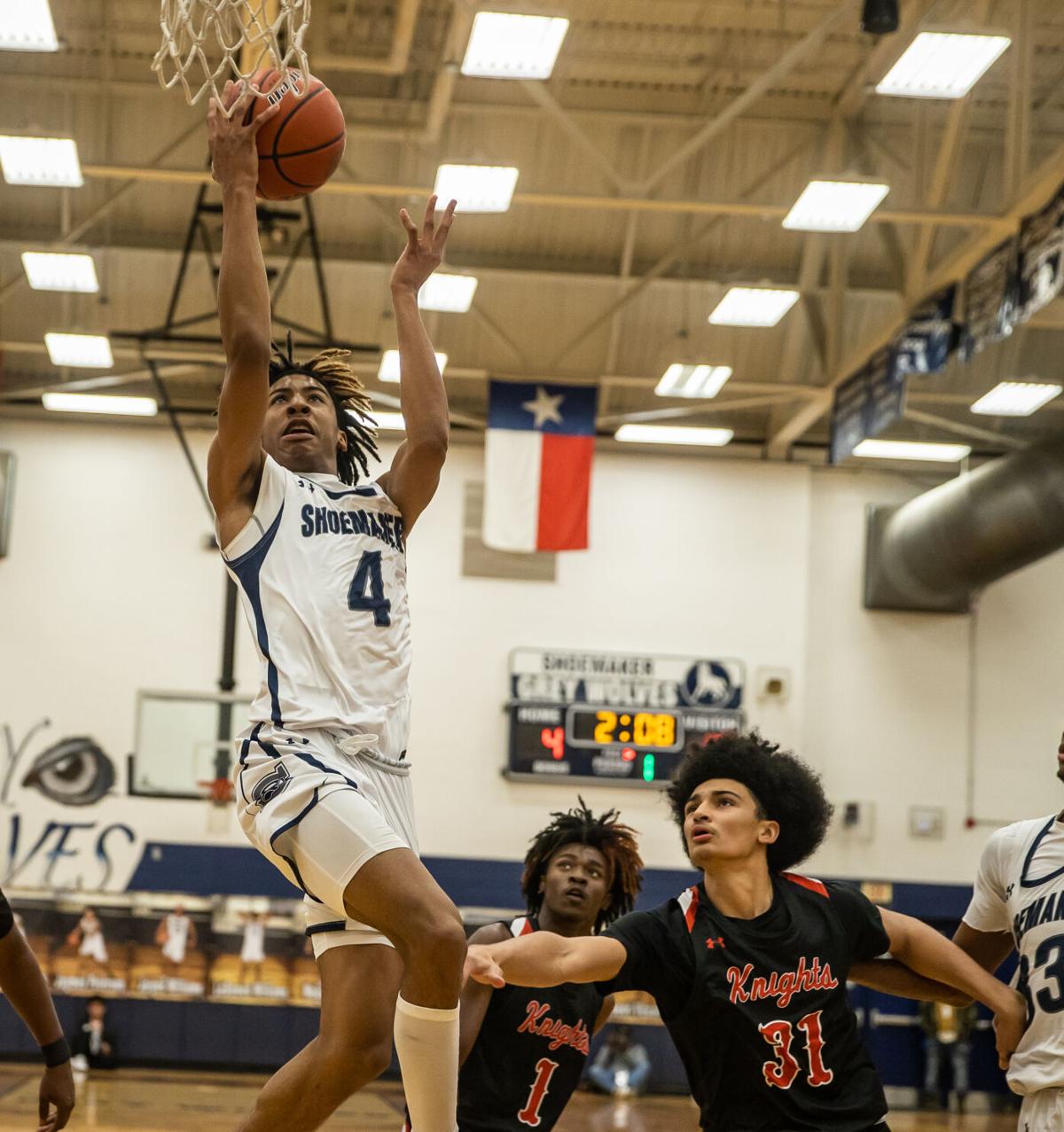 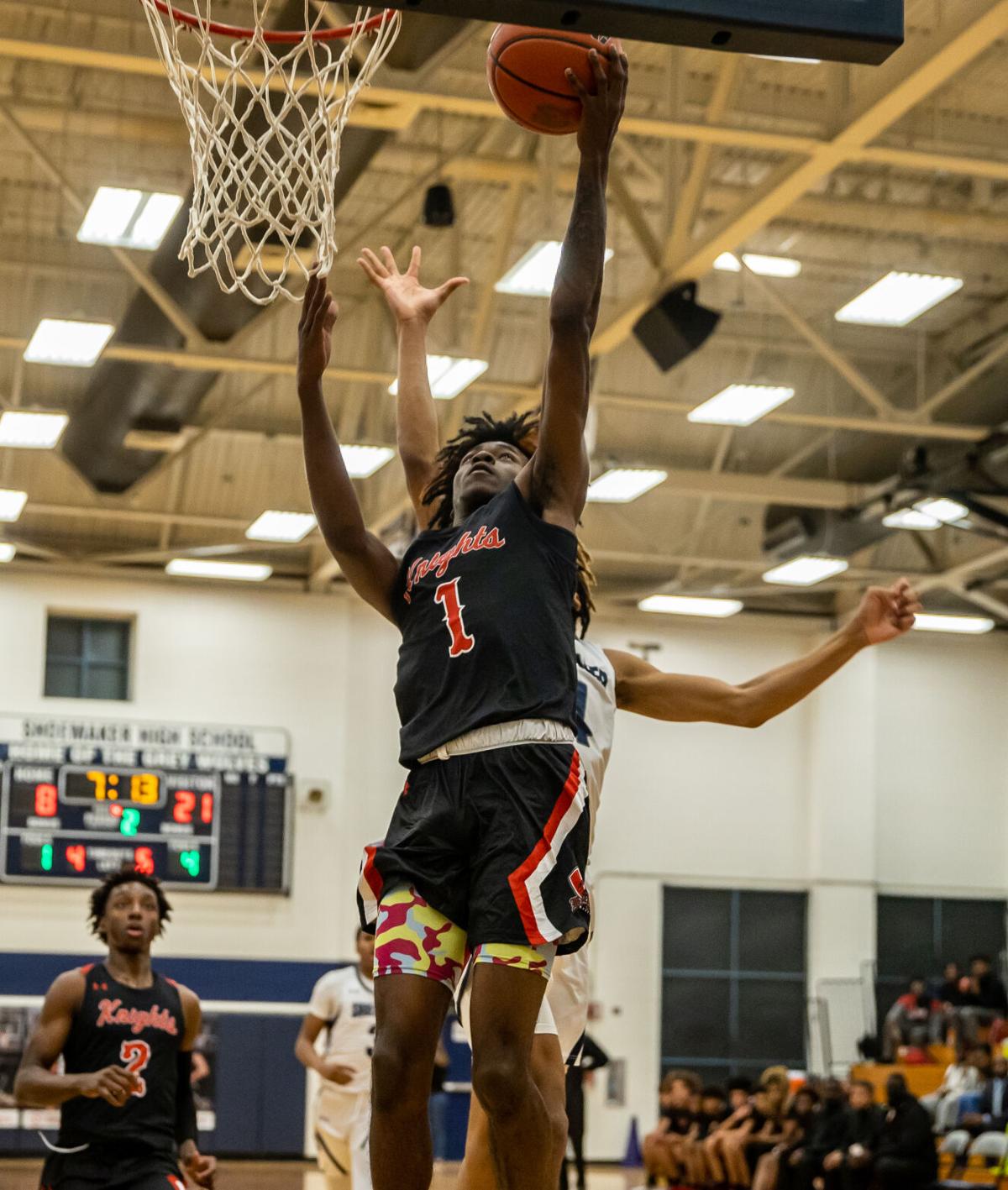 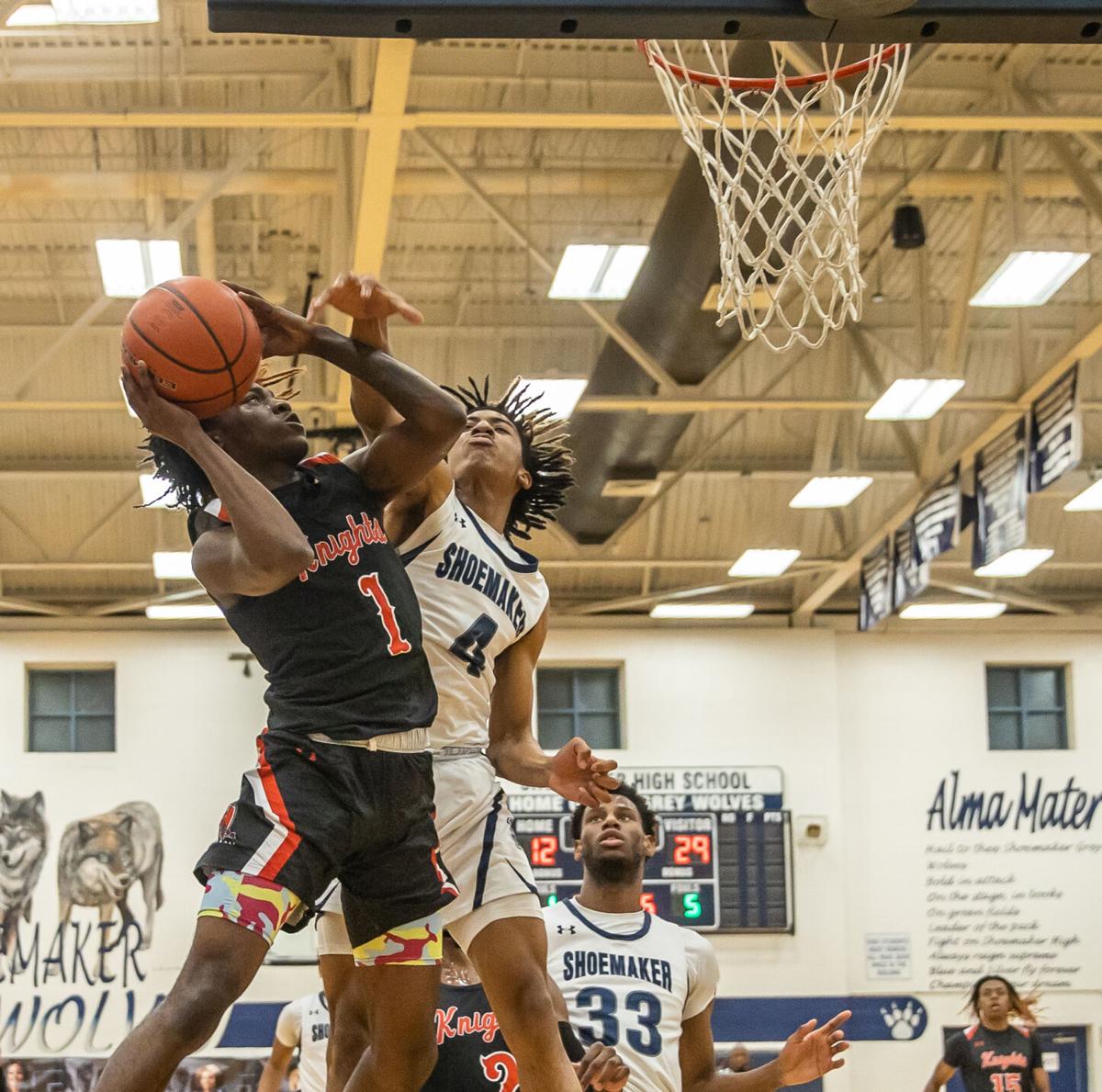 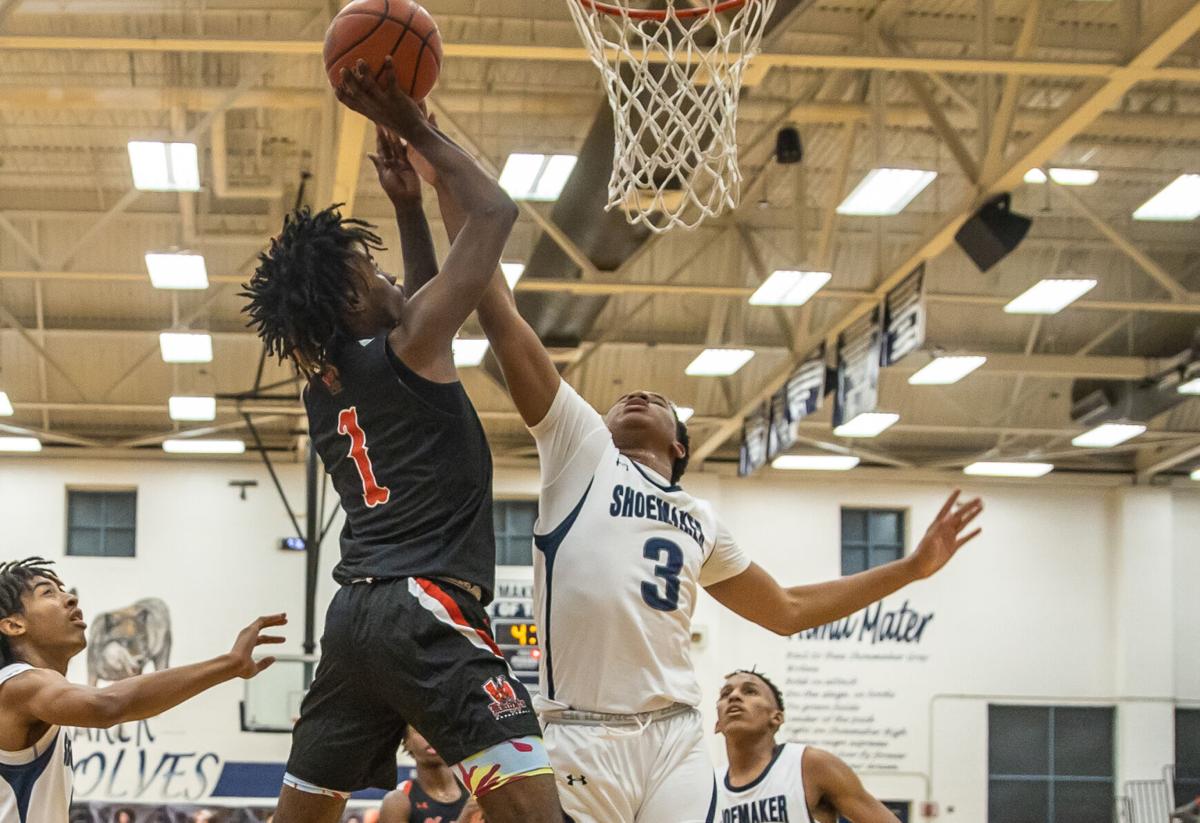 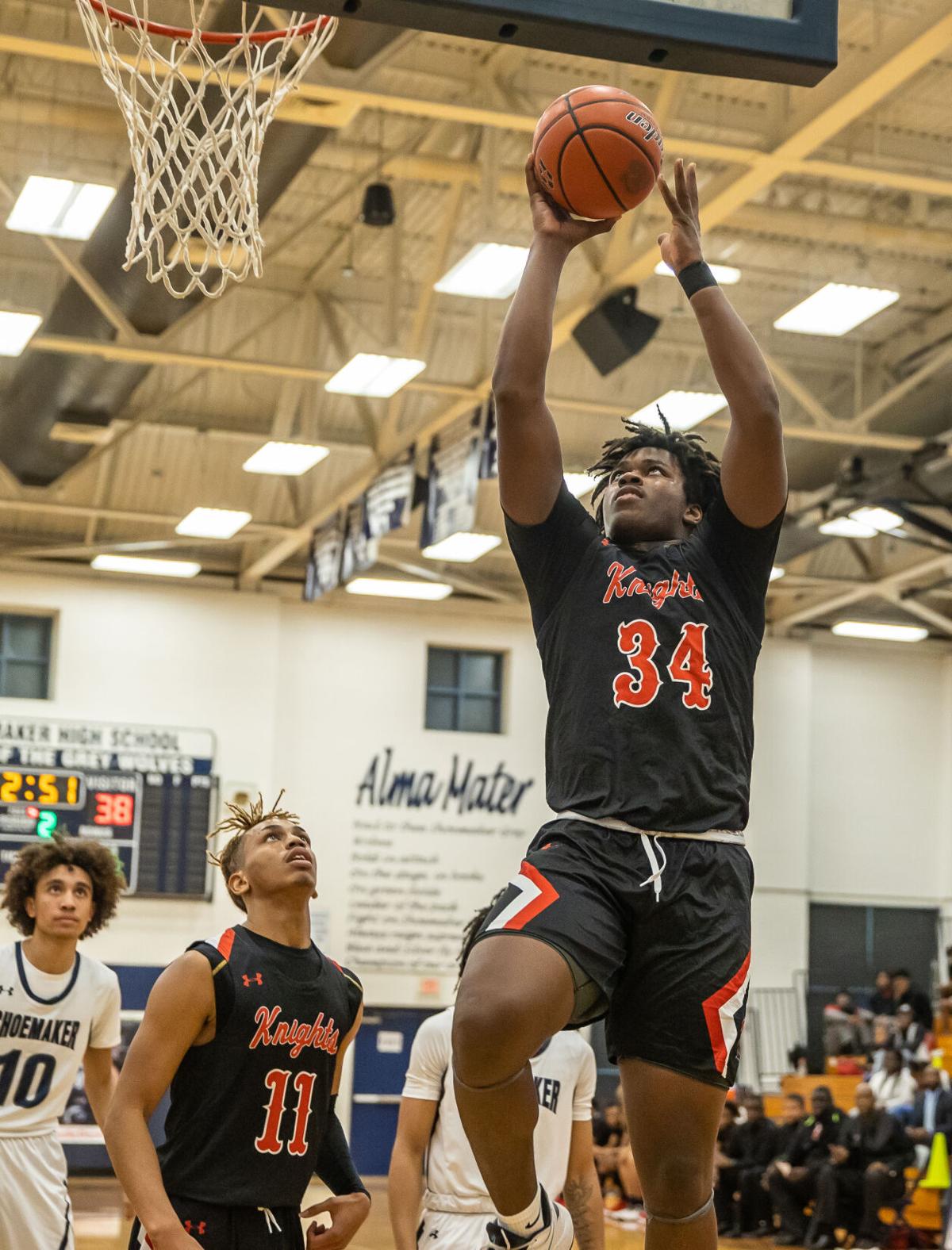 It was difficult to tell what 15th-ranked Harker Heights was doing better — dunking or 3-point shooting. It all added up to a long Tuesday night for host Shoemaker in a 78-48 loss to the Knights.

Shoemaker star Antwone Gonzales led all scorers with 26, but he was shut out in the opening period and scored 18 in the second half, when the Knights were subbing freely and enjoying a 30-point lead.

“I felt the team was really focused,” Knights coach Celneque Bobbitt said. “Some (players) even mentioned being very nervous. (I) spoke to the seniors and told them every time we are on the road it’s a last time. Leave your mark.”

Taylor finished the period with a dunk in transition and Heights led 21-6.

The Grey Wolves (15-8, 1-1) opened the second quarter with four straight points on buckets by Nasaun Parker and Elijah Pettus-Mars, but Carter and Alfred Vincent made back-to-back treys to start a 10-2 run and the Knights led 34-12.

Gonzales made his first basket with 4:46 left in the half, but even that ended up as a win for Heights. Gonzales received a technical foul for taunting and the Knights turned the free throws and possession into four points at the other end and a 38-14 lead.

The Knights’ lead continued expanding in the second half. Chatman opened the scoring with his fourth 3-pointer and Taylor added a pair of free throws to push Heights’ lead past 30, 49-18. The Knights made 7 of 11 shots in the quarter and led 62-27 heading to the final period.

Ropati was one of 13 Heights players who scored. A potential 14th missed a pair of free throws.

Taylor also had a nifty left-hand jam in the second quarter. Carter, after nearly having the ball stripped from his raised hands at the top of the key, backed away to reset then tore down the lane for a thunderous dunk in the third quarter that created a buzz in the gym. Jerry Thomas III capped the Knights scoring in the final minute with an acrobatic throwdown for his only points.

Parker made two 3s in the fourth quarter and finished with nine points.

Shoemaker joined Belton and Copperas Cove in the 12-6A loss column for the first time Tuesday, leaving the Knights alone in first place after just two games.

Next up for the Knights is a road trip to defending league champ Ellison on Friday. The Wolves, who have two wins over Ellison this season, will try to bounce back at home against Killeen.