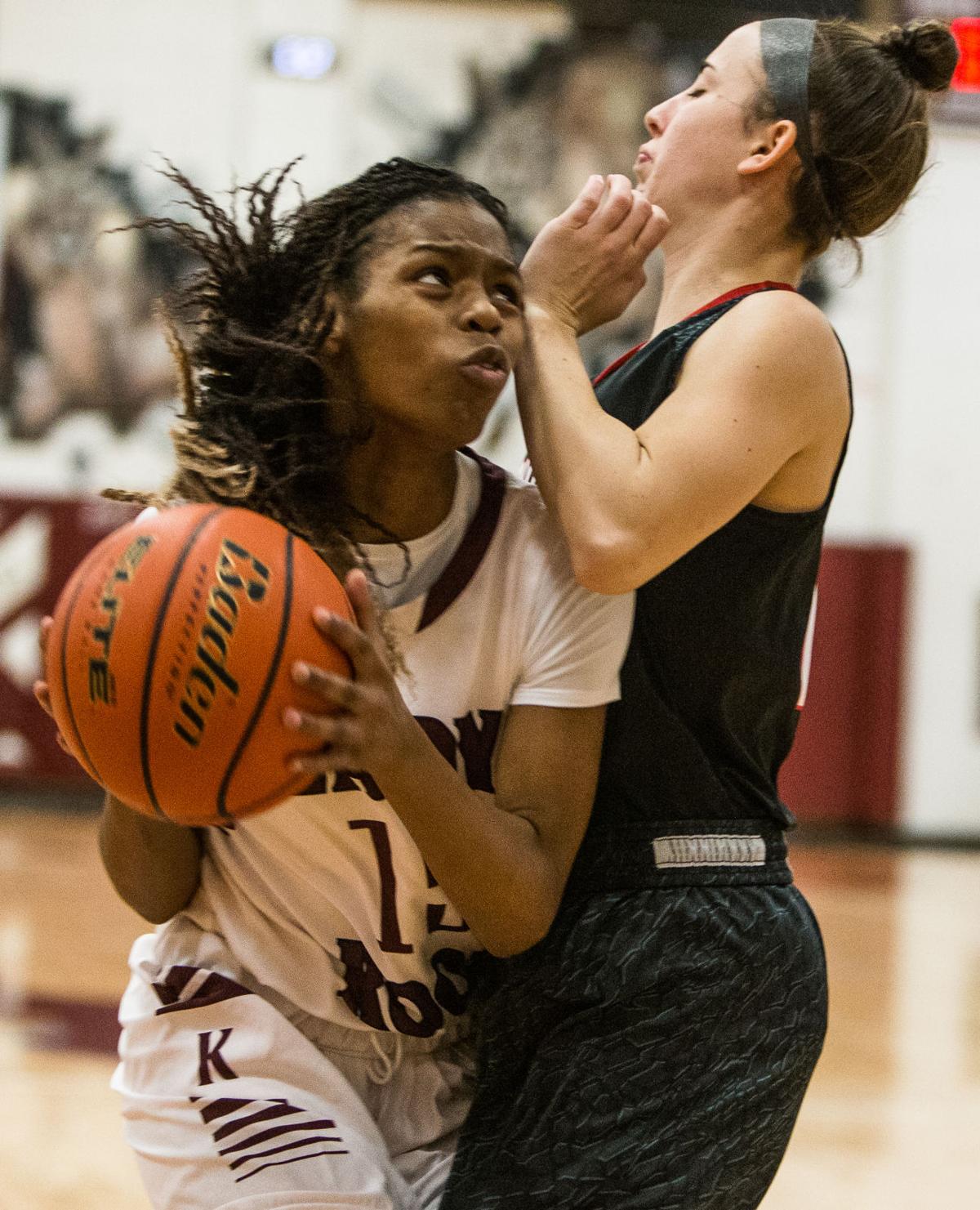 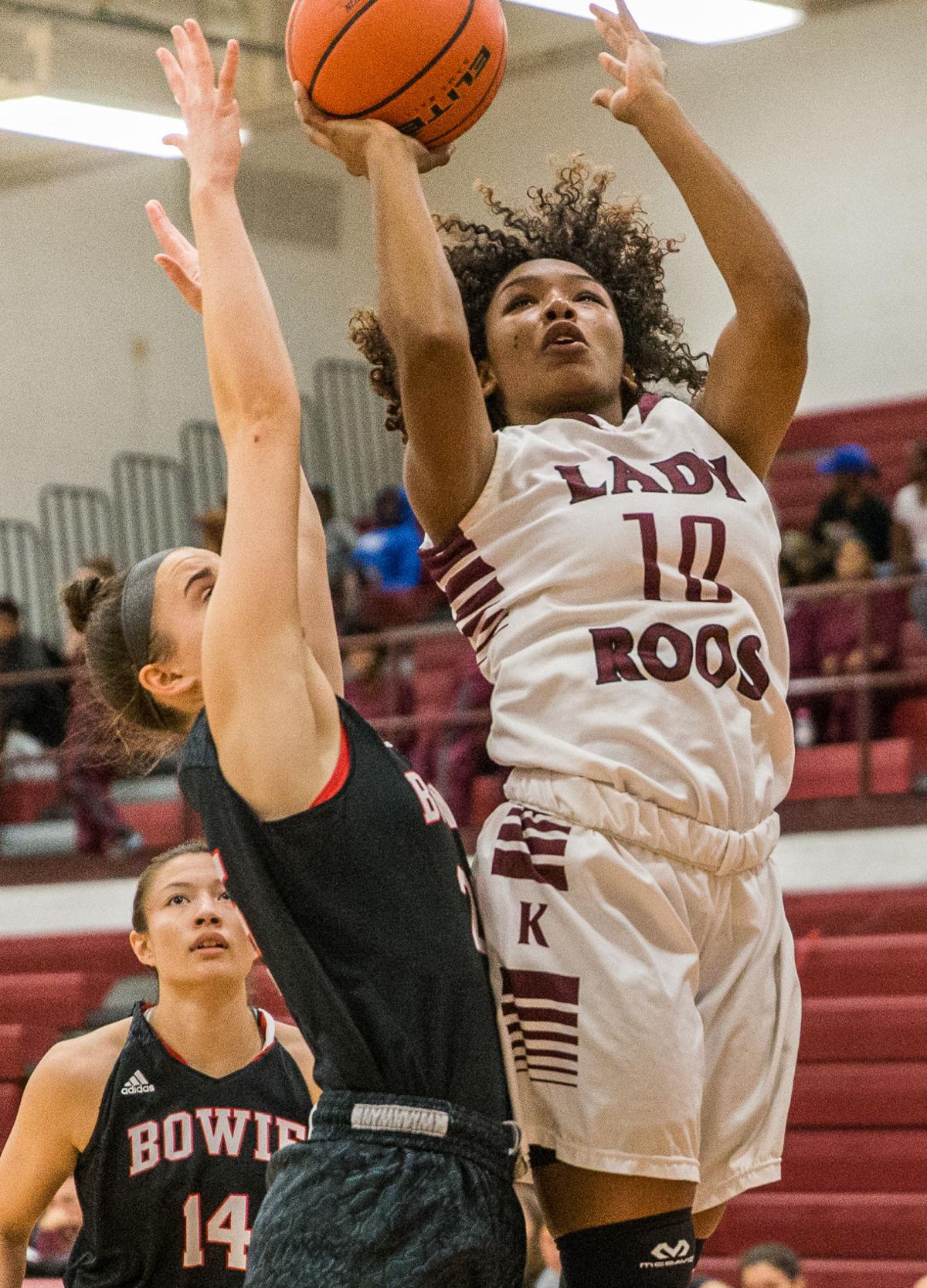 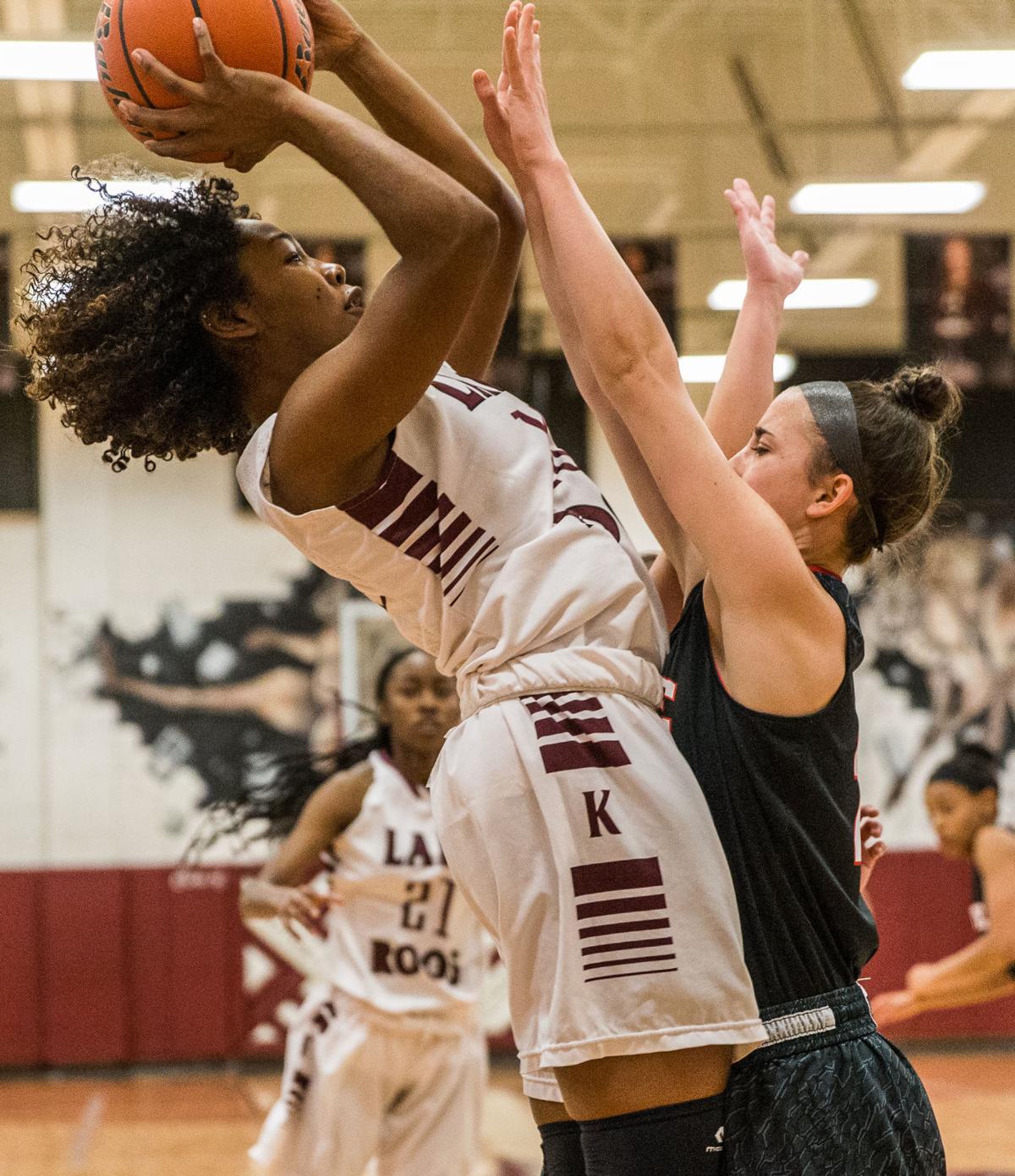 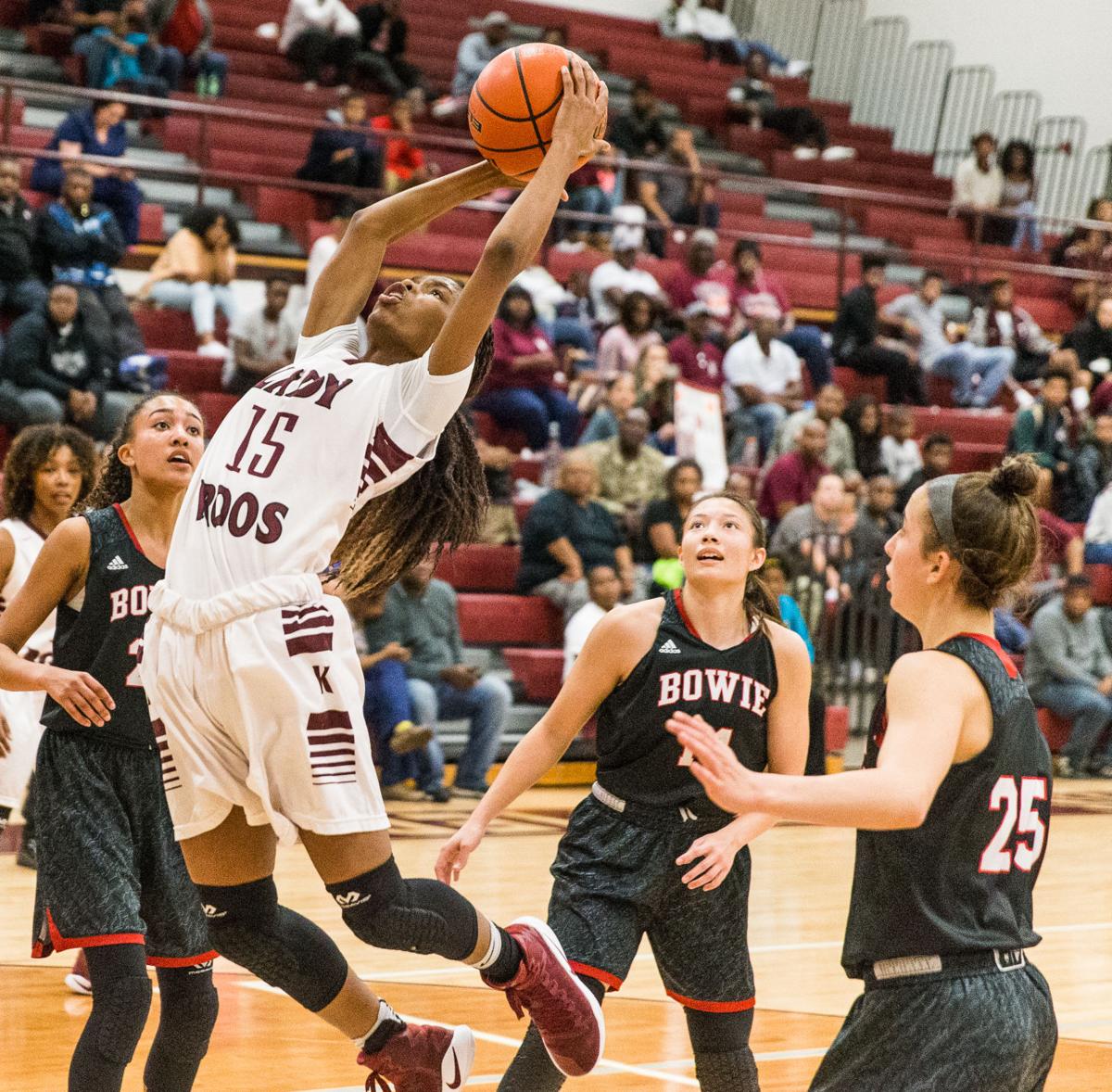 Killeen High's Alexus Scharkley (15) snatches a rebound in front of three Austin Bowie defenders during a game at Killeen High. 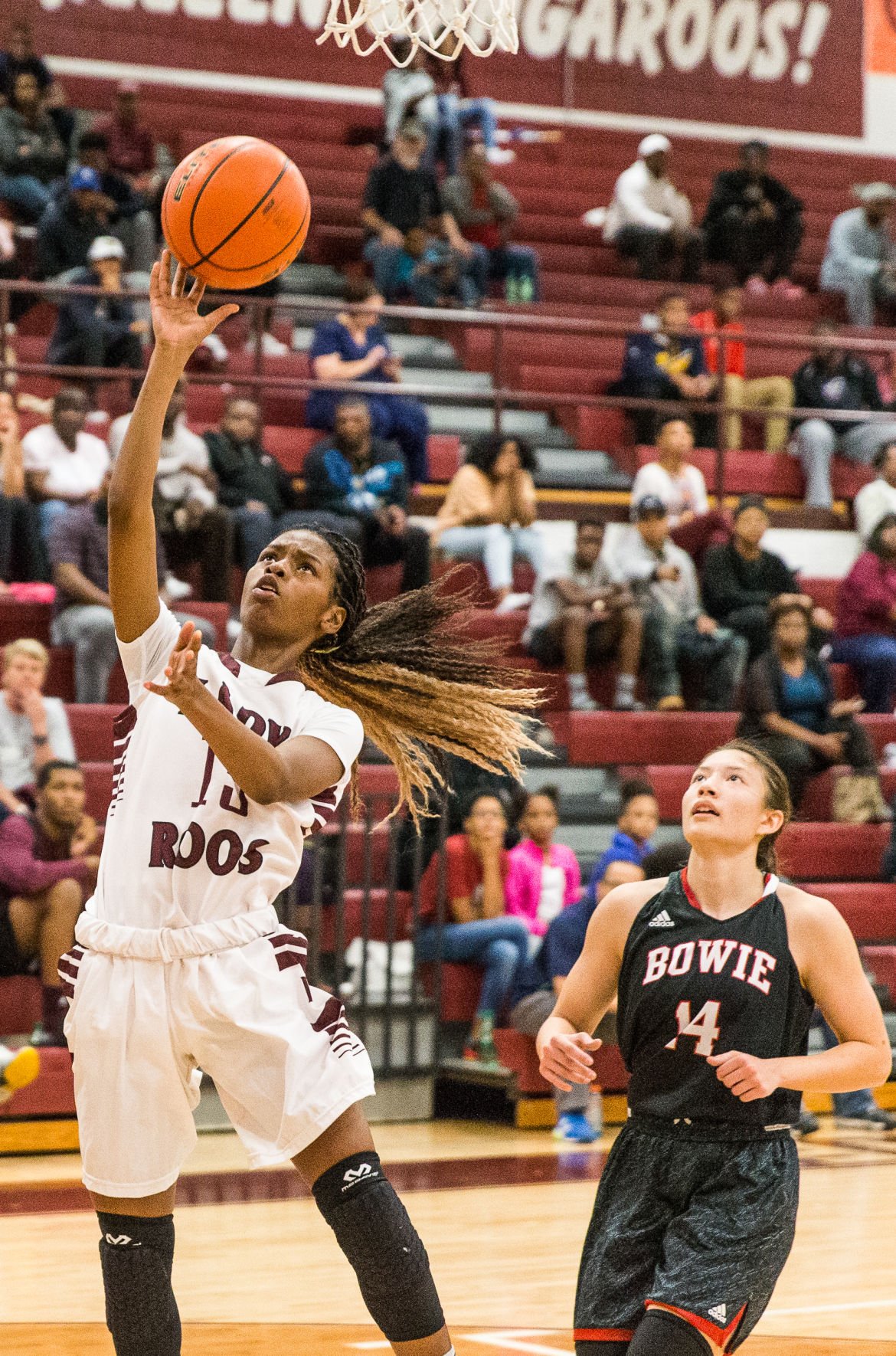 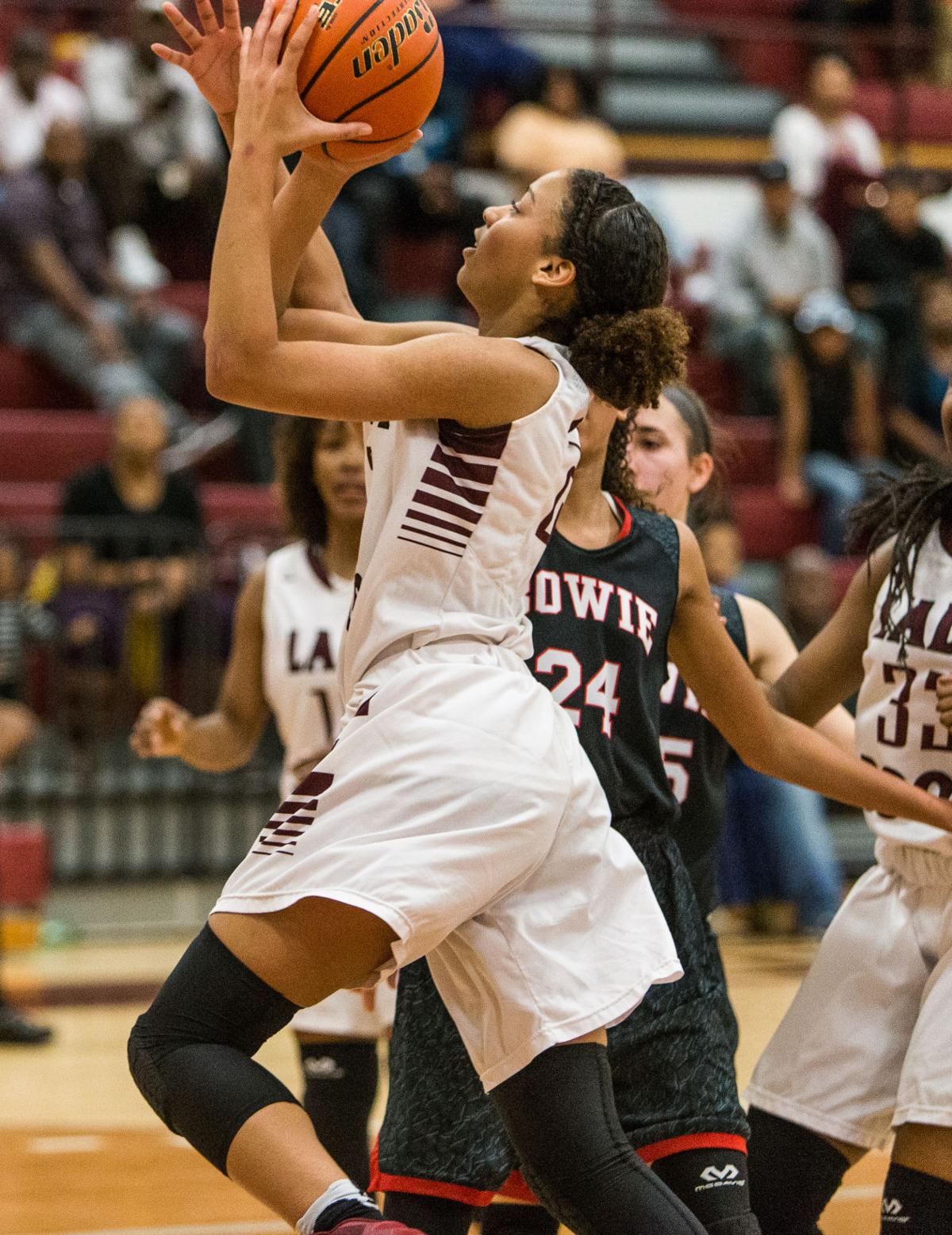 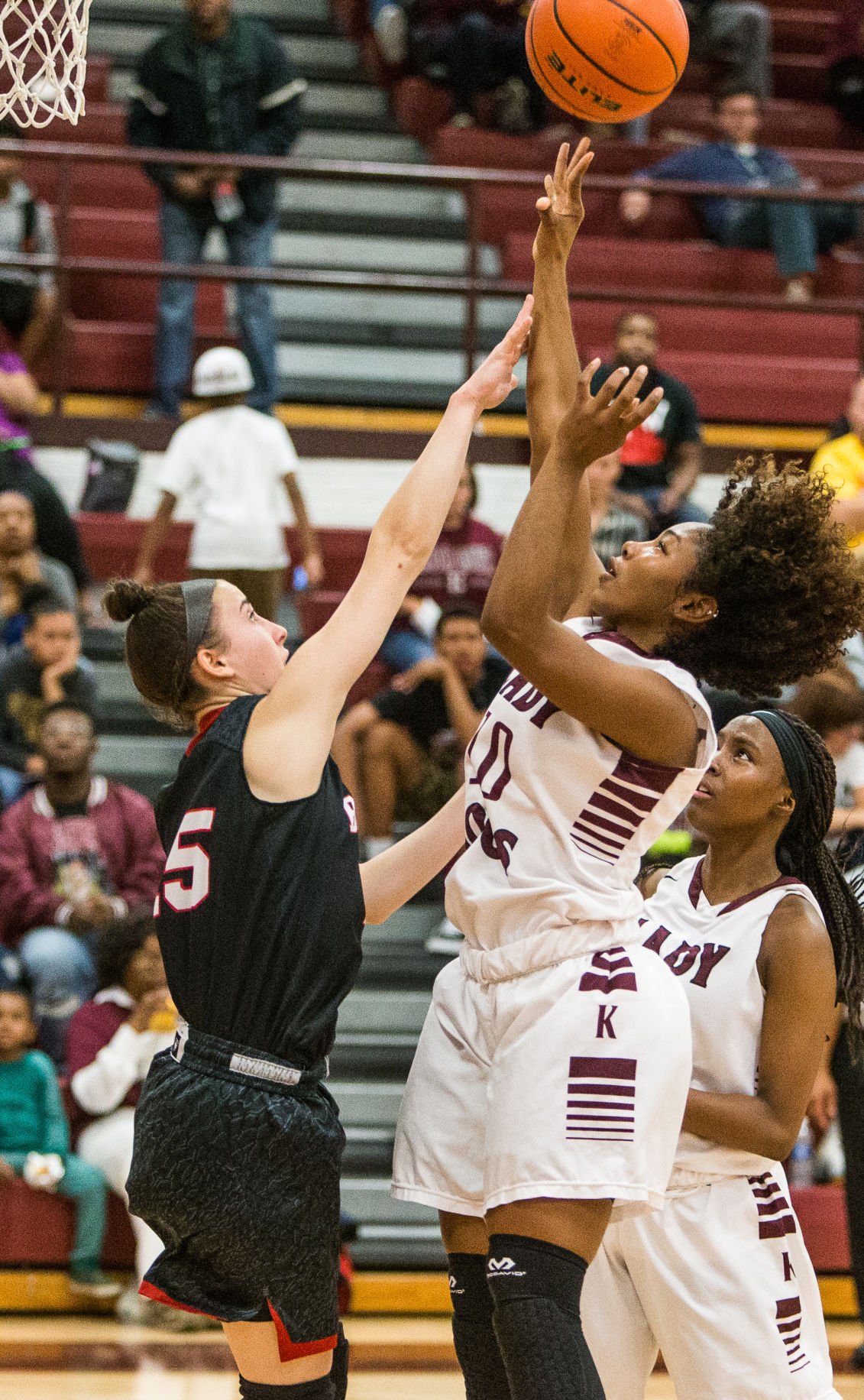 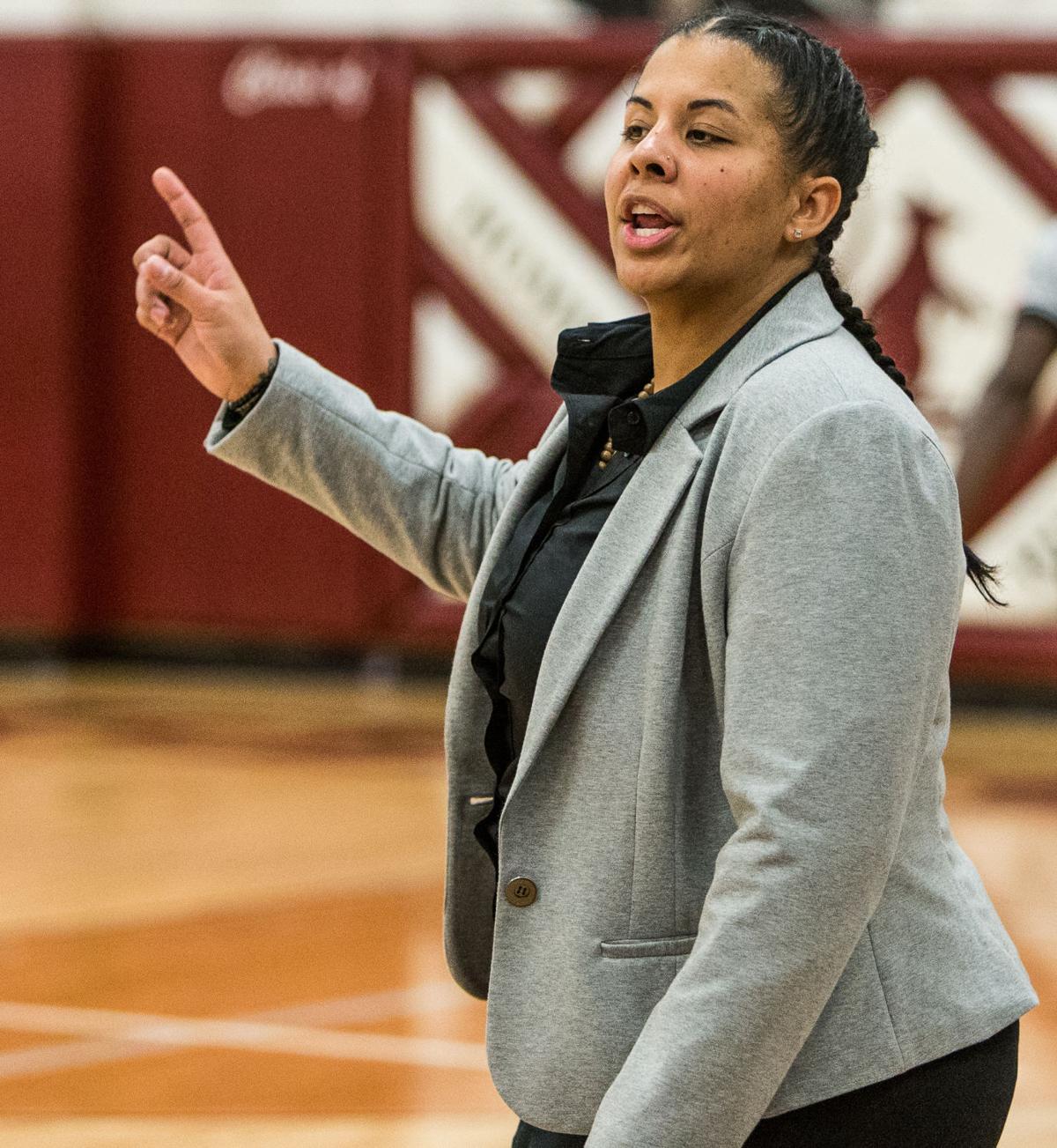 Killeen High coach Jennifer Graham reacts to a play against Austin Bowie on Tuesday at Killeen.

Killeen High's Alexus Scharkley (15) snatches a rebound in front of three Austin Bowie defenders during a game at Killeen High.

Killeen High coach Jennifer Graham reacts to a play against Austin Bowie on Tuesday at Killeen.

Shianne Johnson could not be stopped.

Austin Bowie simply had no answer for the 5-foot-9 Killeen High senior guard, as she scored a game-high 26 points.

However, No. 24 Bowie shot 43 percent from the 3-point line, connecting on seven 3-pointers that proved to be too much for the 12th-ranked Lady Roos to overcome in a 57-52 loss Tuesday.

“Overall we didn’t execute like we should have,” Killeen coach Jennifer Graham said. “We knew that Bowie is a great shooting team. We focused on stopping number 25 (Ralph), but they had role players step up, and that’s what makes them so good.”

After the Lady Roos scored the game’s first points and went up 2-0. That was the last lead the team saw.

The Lady Bulldawgs made six baskets in the first quarter, and four were 3-pointers.

After falling behind by as much as nine in the second quarter, the Lady Roos made a valiant effort to cut the lead before the break.

With 50 seconds on the clock, senior Alexus Scharkley drove through the lane and laid in the ball, and was fouled in the process, cutting the deficit to 24-22.

Yet, with the clock winding down, Bowie (6-2) had one final shot before the break. Carina Vockell drove to the other end and threw up a heave from the 3-point line that was no good, but she was fouled, sending her to the charity stripe with two seconds left. She made all three to give the Lady Dawgs a 27-22 lead at the half.

In the third quarter, the deficit ballooned to as much as 14, thanks to the shooting of Savannah Ralph.

Ralph scored a team-high 22 points, after only scoring five in the first half.

After a quick timeout by Graham, the Lady Roos regrouped.

Scharkley stole the ball on an inbounds play and passed ahead to Johnson, whose bucket made it a 46-37 ballgame with 7:37 remaining.

Johnson scored 18 of her points in the second half.

“Shianne is a leader on the court. She can put the ball in the basket at will, but we need other players to step up and understand that it’s not just about one person,” Graham said.

Still battling back, Cierra Penn’s layup with three seconds left made it a 55-52 ballgame, the closest the Lady Roos had been since the second quarter.

Even though it was a loss, Graham admitted that playing a quality team like Bowie will only help the Lady Roos come district.

“Our district is tough. We try to have the best opponents in the preseason to know that we are going to get tested come district. I think we ultimately have one of the hardest districts to get out of in Texas, so the preparation has to be there,” Graham said.

Jaida Burkes and Manesha Knox both helped in the cause, scoring three and two points, respectively.