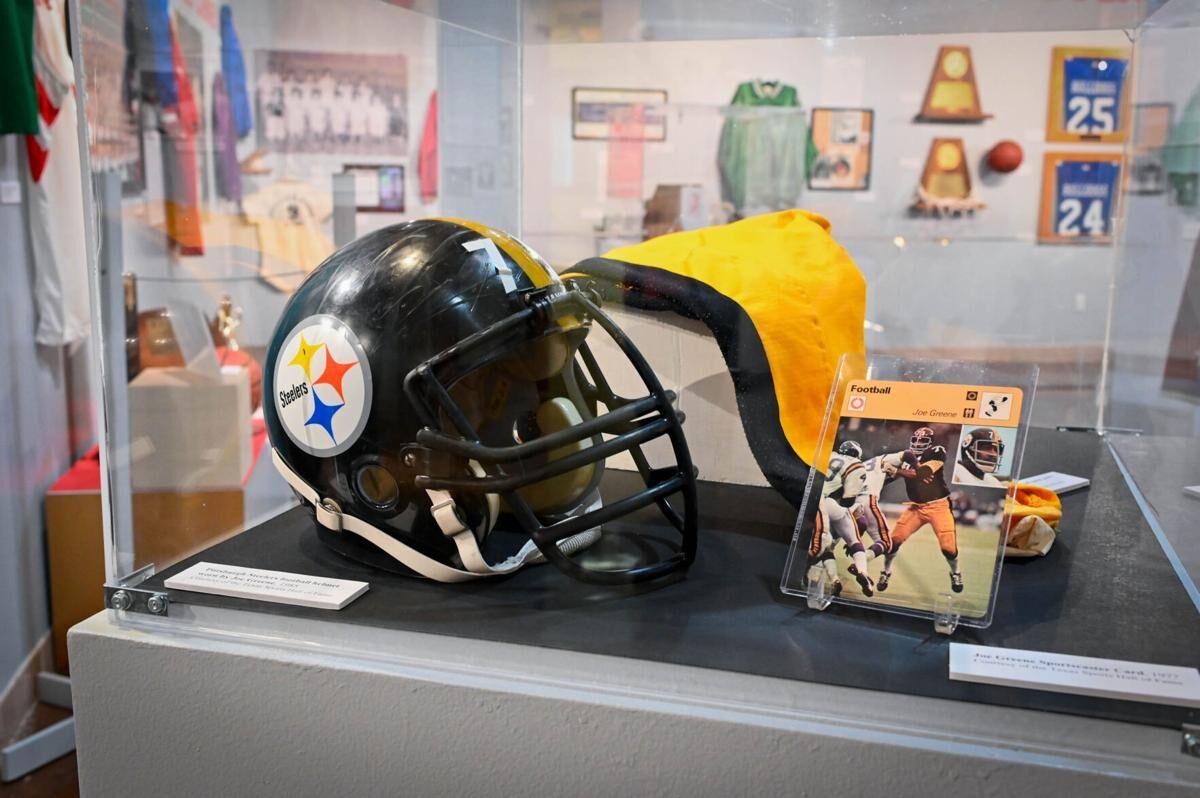 “Mean” Joe Greene’s helmet from the Pittsburgh Steelers is one of many items on display at a new exhibit at the Bell County Museum in Belton. 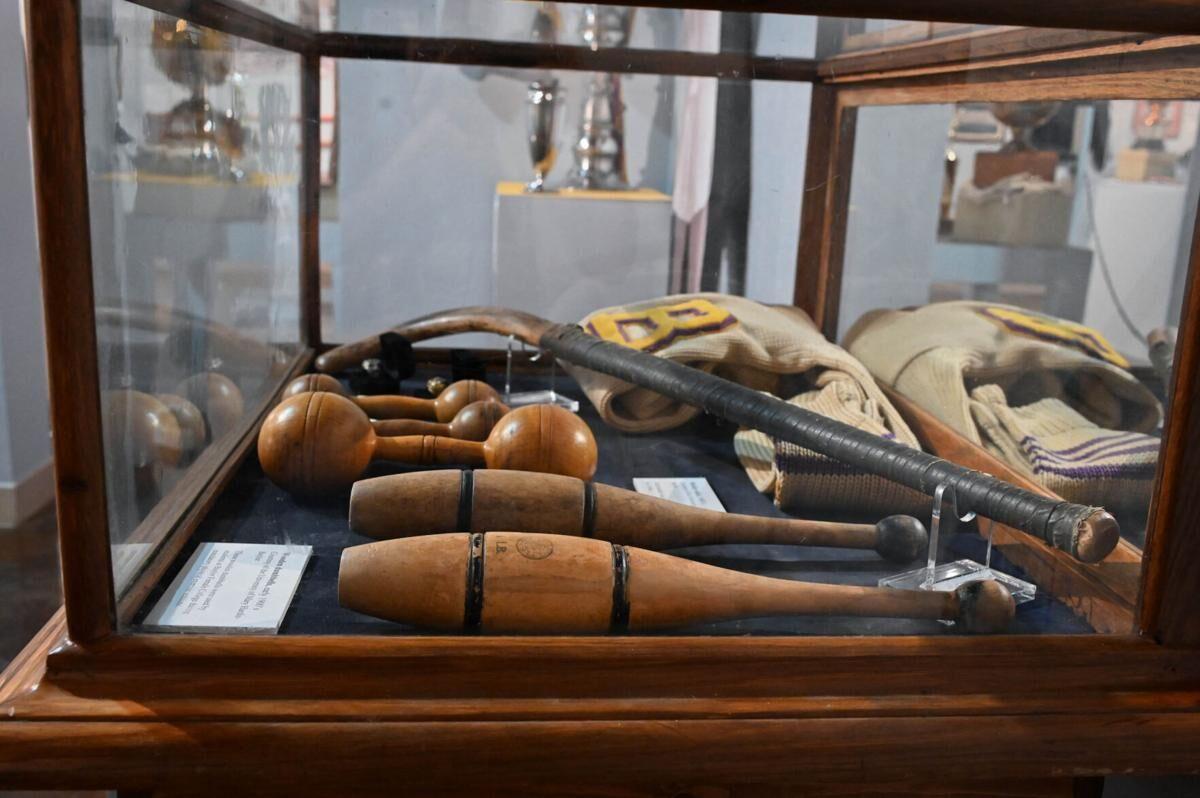 Dumbbells from the early 1900s, which were used as part of Baylor Female College's physical exercise stations, are on display at the Bell County Museum.

“Mean” Joe Greene’s helmet from the Pittsburgh Steelers is one of many items on display at a new exhibit at the Bell County Museum in Belton.

Dumbbells from the early 1900s, which were used as part of Baylor Female College's physical exercise stations, are on display at the Bell County Museum.

Mikaela Young, curator of exhibits and collections, said the exhibit will continue until Aug. 21.

“It was fully produced in-house with a lot of items on loan from the community and several different school districts,” she said. “It highlights some specific individual players from Bell County who went on to play at the professional level.”

It also has mementos of some of the county’s high school championship teams, she said.

The exhibit was originally scheduled for 2020, she said, “when the world changed for the pandemic.” Gathering items was a six-month process, she said. They came from school districts, families and the museum’s own permanent collection.

Prominently located in the exhibit was a game helmet and pants worn by Temple native “Mean” Joe Greene — a standout player from Dunbar High School — when he played in the NFL for the Pittsburgh Steelers.

Another display, one of Young’s favorites, on loan from the University of Mary Hardin-Baylor, was the photograph of a 1907 girl’s athletic class, when the school was called Baylor Female College. The photo has two rows of young women holding old-fashioned dumbbells.

“I just love that picture because of how they are dressed for basically a P.E. class,” Young said.

Their blouses are long-sleeved and what looks like dresses covering the knee are actually bloomers, she said. And on their feet are somewhat high-heeled lace-up boots. They all have their long hair pinned up in back.

Not too far away, the Cheer Section was mainly made up of items from the museum’s permanent collection, she said. It included a Belton Tigers practice uniform, jumper style, from the late 1950s. On loan from Killeen High School was a more recent drill team uniform.

There was also a corduroy cheerleading uniform and jacket, once worn by Linda Liles, who graduated from Temple High School in 1957.

“We have her megaphone as well,” Young said, making it a complete collection.

Another interesting piece was the Rylander Cup, presented annually to a Belton High School athlete, from 1915-1960. The engraved names on the cup are at all angles.

One of the names is Vic “Buddy” Means, she said, for 1951. He gave the museum more information about the cup, she said.

There was also an assortment of old football programs, which Young said she loved.

“They’re so colorful, with illustrations on the front cover that seem more exciting than anything you would get today,” she said.

One of the displays in the Coaches Corner was about Leon O’Neal, who was a linebacker for Killeen High School.

“He was the first black player to get a scholarship at the University of Texas, under Darrell Royal in 1968,” she said.

O’Neal eventually returned to Killeen and became a coach and an educator at Ellison High School, she said.

“This jacket is his soccer coach’s jacket,” she said. “He coached both boys and girls soccer teams at Ellison High School.”